When we last faced Warrenpoint Town a number of weeks ago at the Oval we dominated the first half and should have led by more than a solitary goal at the interval. In the second half 'Point punished our wayward finishing and grabbed an equaliser. They were ultimately denied however by a very late goal from Patrick McClean.

Saturday's Danske Bank fixture at Milltown once again saw Glentoran dominate the opening 45 minutes. On this occasion however we scored four goals without reply and there would be no reply from the South Down outfit.

There were a couple of changes to the starting line up for the Glens. Paul O'Neill was suffering with a groin injury so Navid Nasseri filled that slot on the left and John Herron came back into central midfield in place of Joe Crowe. 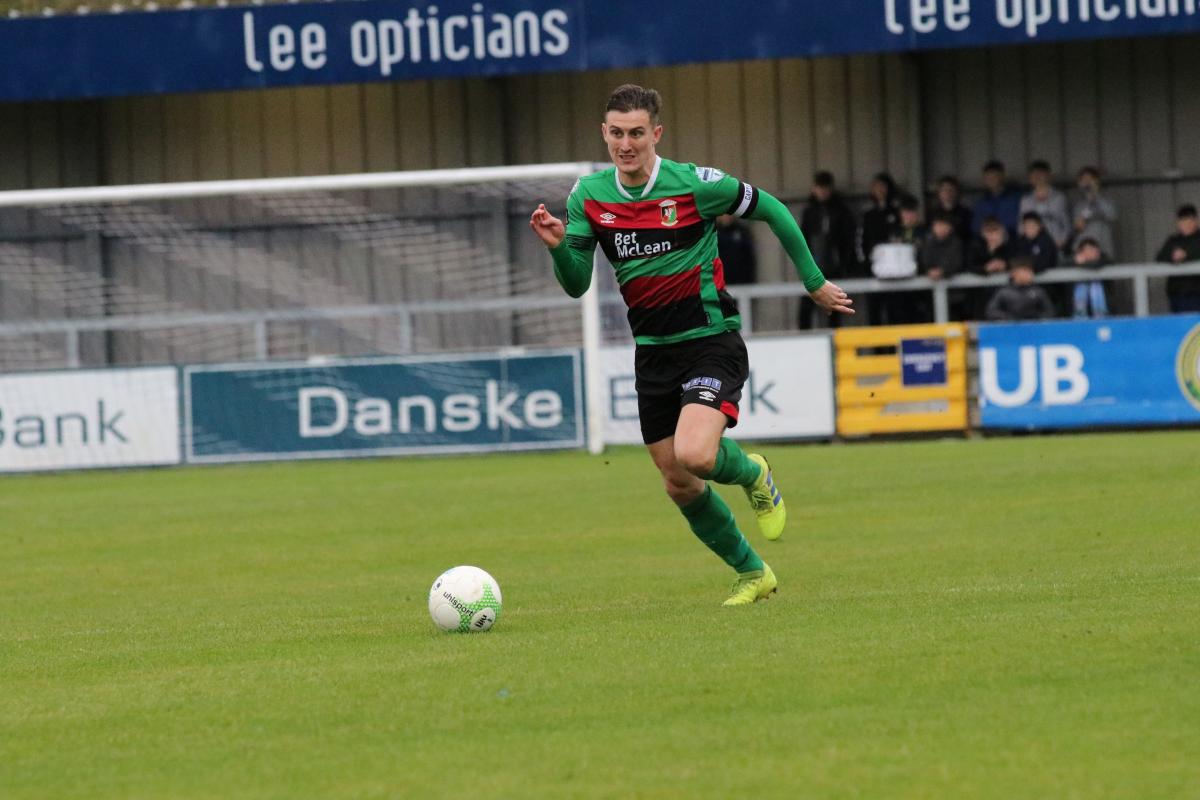 Glentoran dominated the first 45 minutes with goalkeeper Marijan Antolovic only rarely called into action and then mainly only to punch the ball clear from corners or free kicks. He did have to tip a Lorcan Forde free kick over the bar on 38 minutes but by then the Glens were already 3-nil up. Mick McDermott's side went at Point right from the start and we hadn't even played a minute when Gavin Peers knocked the ball down for Elvio Van Overbeek however the Glentoran number 33 fired wide. Peers himself had the next good opportunity on 5 minutes but his effort was also off target. 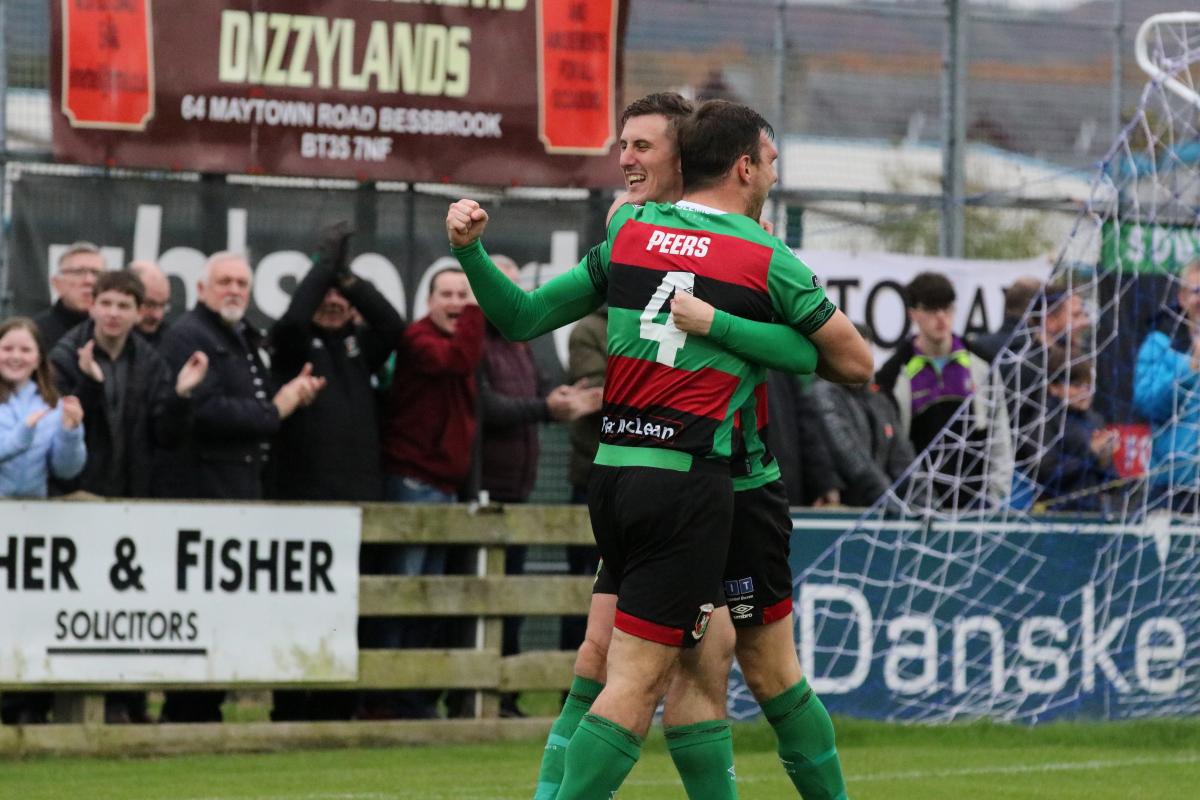 The big central defender wasn't to be denied though and he grabbed his first Glentoran goal on 8 minutes. A well worked corner routine on the right saw Plum link with Van Overbeek. The ball was played back to the Croatian midfielder and his drilled ball found Peers who rifled it past the helpless Berraat Turker in the home goal.

Around the quarter hour mark there were chances at both ends with Marcus Kane getting his head on another Hrvoje Plum set piece but heading straight at the Point keeper. Lorcan Forde then broke into the Glentoran area and drove a dangerous ball across the front of the goal but there was no one on hand to convert the chance. 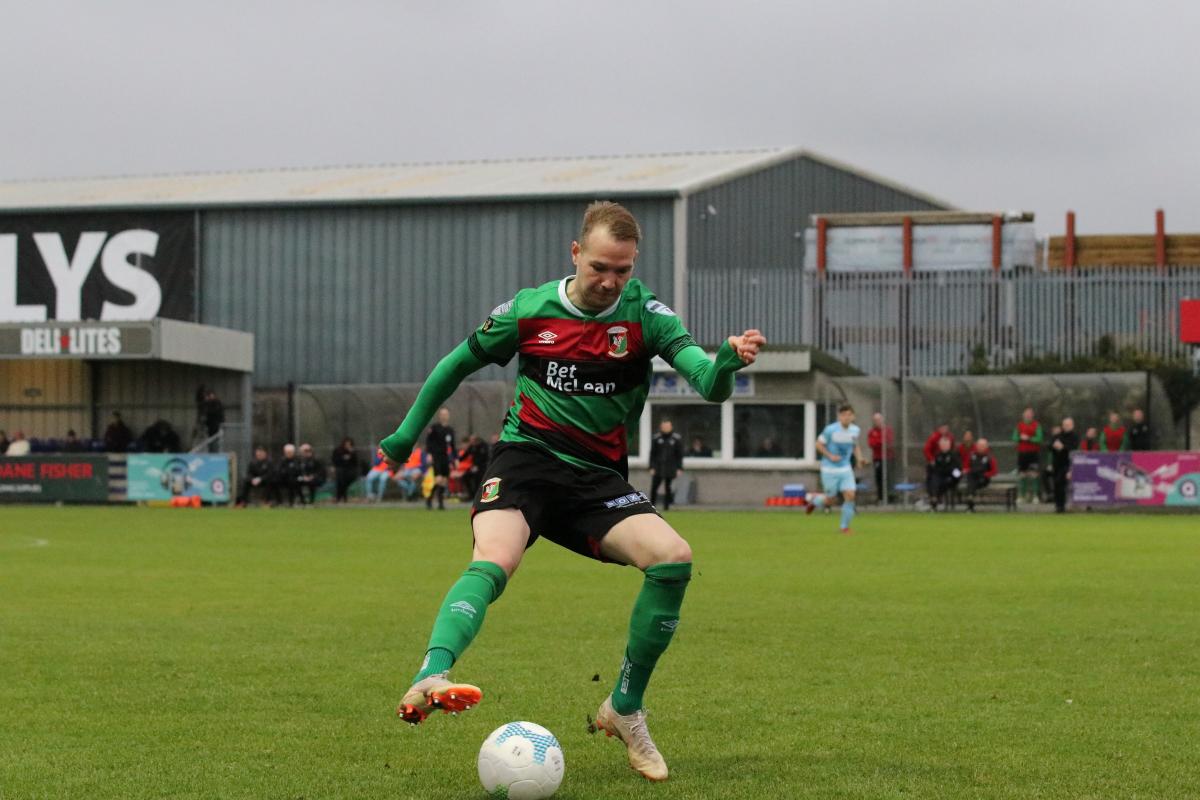 On 20 minutes the travelling fans were treated to some excellent build up play involving McClean and Herron. The ball then found Navid Nasseri who saw his shot blocked but then fall for Van Overbeek who just failed to hit the target. Midway through the first half a cross shot from Van Overbeek almost caught out Berraat Turker. The ball seemed destined for the top corner but the big stopper tipped it behind for a corner. Nasseri then tested the Warrenpoint custodian again with a 20 yard effort before Robbie McDaid shot just over having been set up by Gavin Peers. 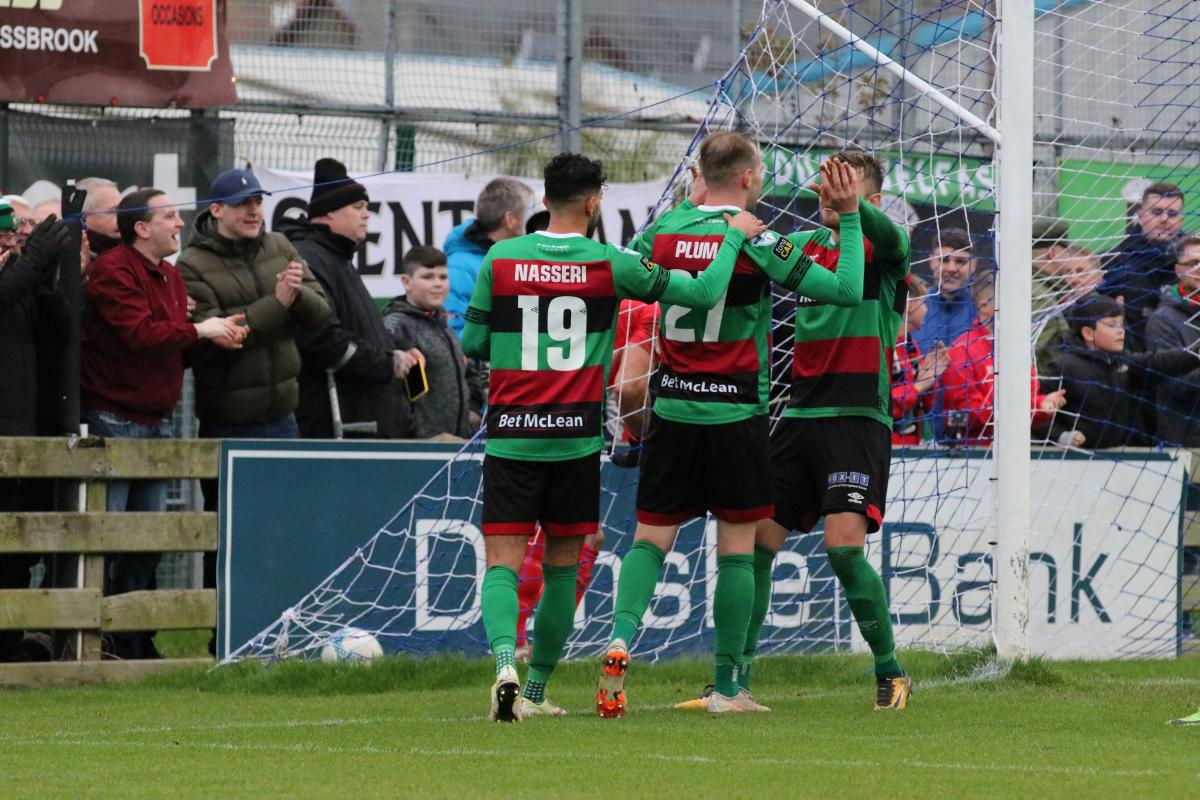 A second goal finally arrived on the half hour. Van Overbeek found Herron who was fouled as he turned towards goal. Referee Raymond Crangle played a great advantage though and Robbie McDaid drove into the area before finding Hrvoje Plum. Plum's first time effort found the bottom corner of the net and the Glens were cruising. On 33 minutes a long throw in was flicked on by Peers but McDaid was caught with a high boot from Dermot McVeigh as he tried to head goalwards. The referee pointed to the spot and Hrvoje Plum stepped up to fire a low shot into the same corner as he'd netted into just minutes earlier. 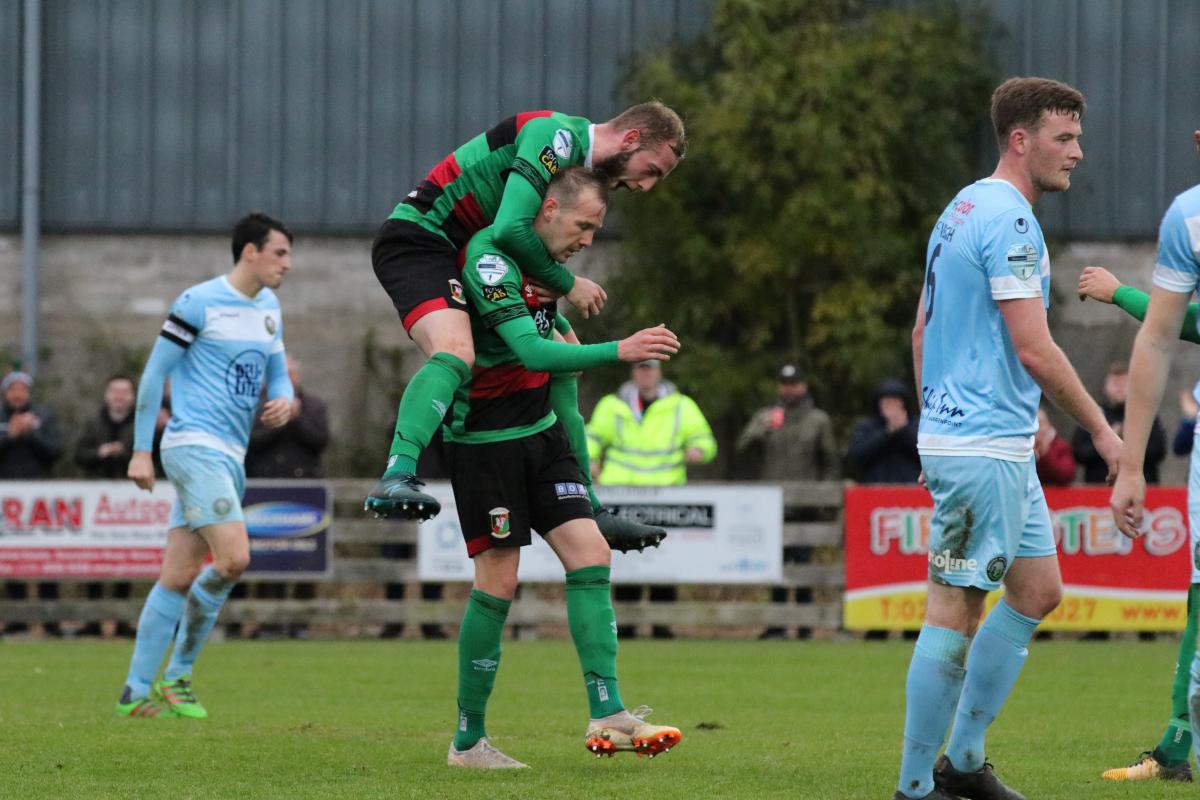 Not content with the 3 goals the Glens continued to push forward and Berraat Turker had to be at his best to keep out a Navid Nasseri effort. The fourth goal came on the stroke of halftime and again Nasseri was involved, torturing a couple of Warrenpoint defenders on the left touchline before cutting into the area and finding Robbie McDaid. McDaid made no mistake, lashing the ball home from 12 yards. 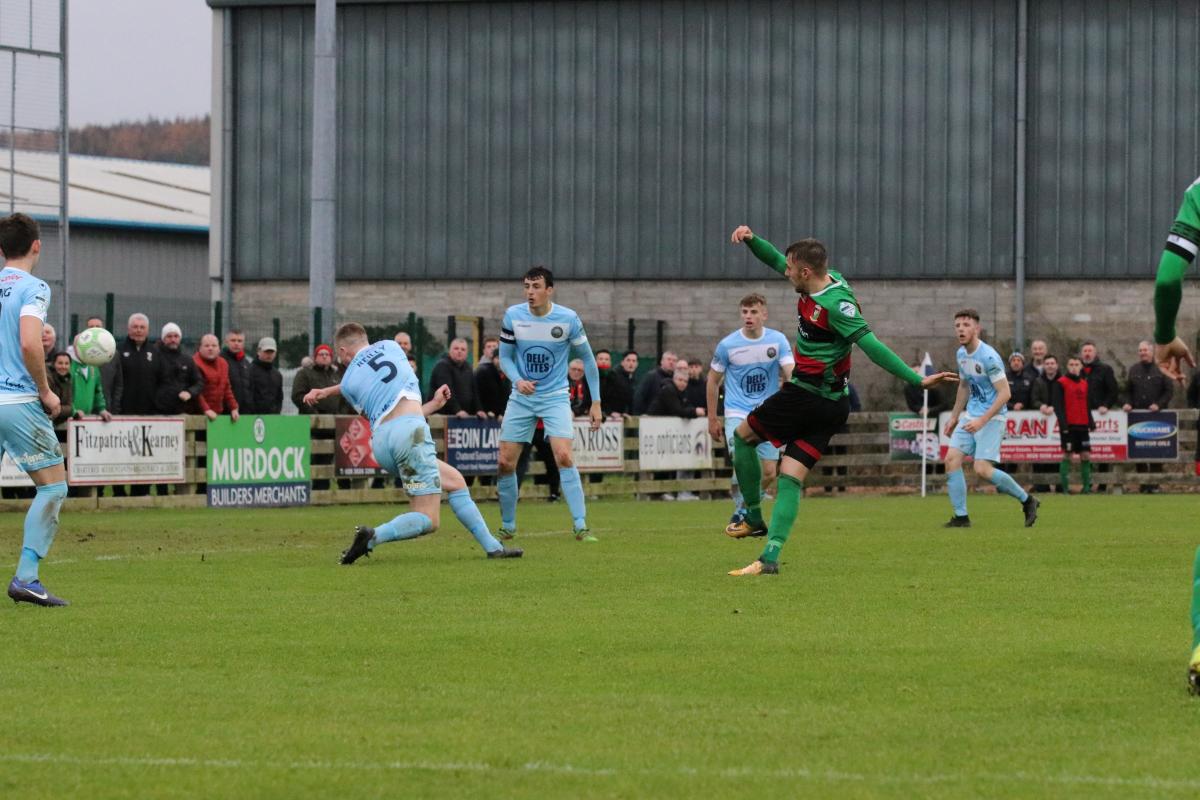 The second half was a quieter affair, the points already secured. Nasseri almost provided another assist but this time his ball in from the left was headed wide by John Herron. Midway through the half Navid Nasseri thought he'd notched Glentoran's fifth. Marcus Kane was involved in the build up, finding Nasseri who was really unlucky to see his 20 yard effort come back off the post. 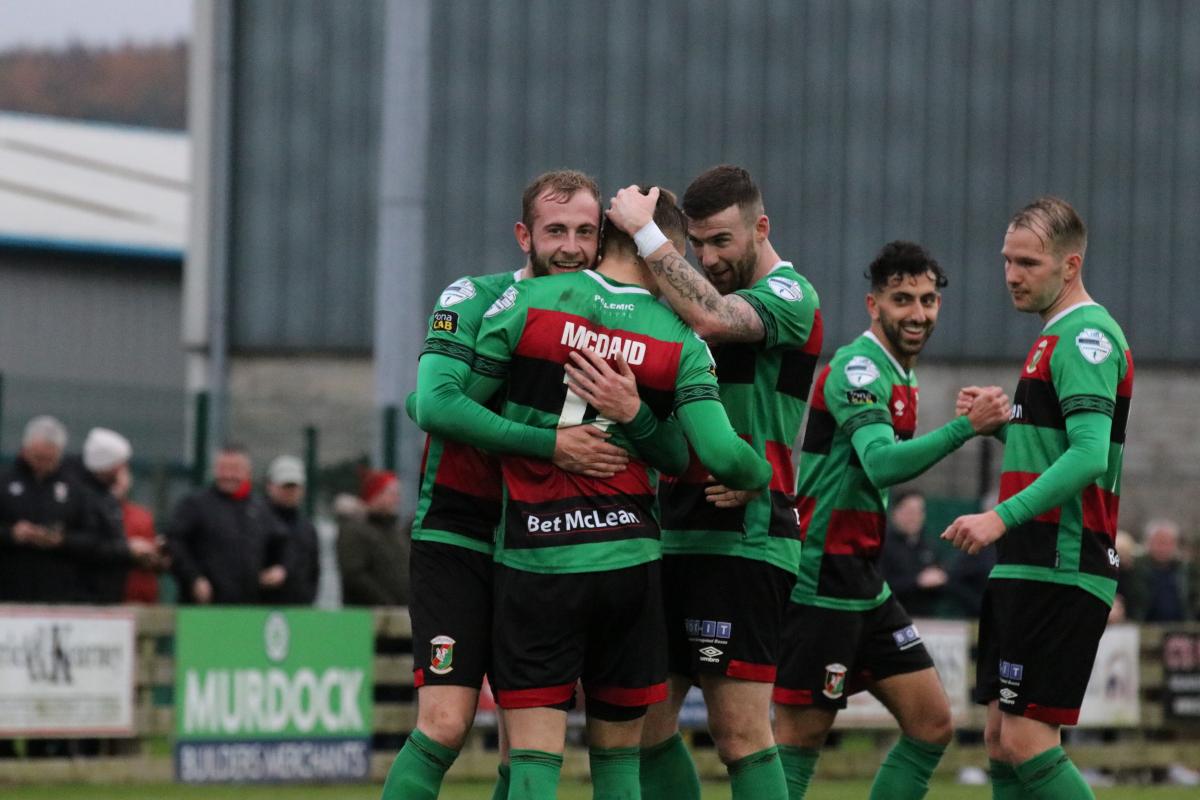 The Glentoran coaching staff then introduced Mal Smith and Antonio Duric and both young players got a good half hour's experience. A great run down the right and cross from Van Overbeek found John Herron in the area but again the Scotsman was just unable to keep his header on target. Herron then turned provider for Nasseri but his drilled shot was straight at Berraat Turker. The same two players linked up again on 79 minutes with Herron then trying to find substitute Cameron Stewart in the area but he was unable to make contact. 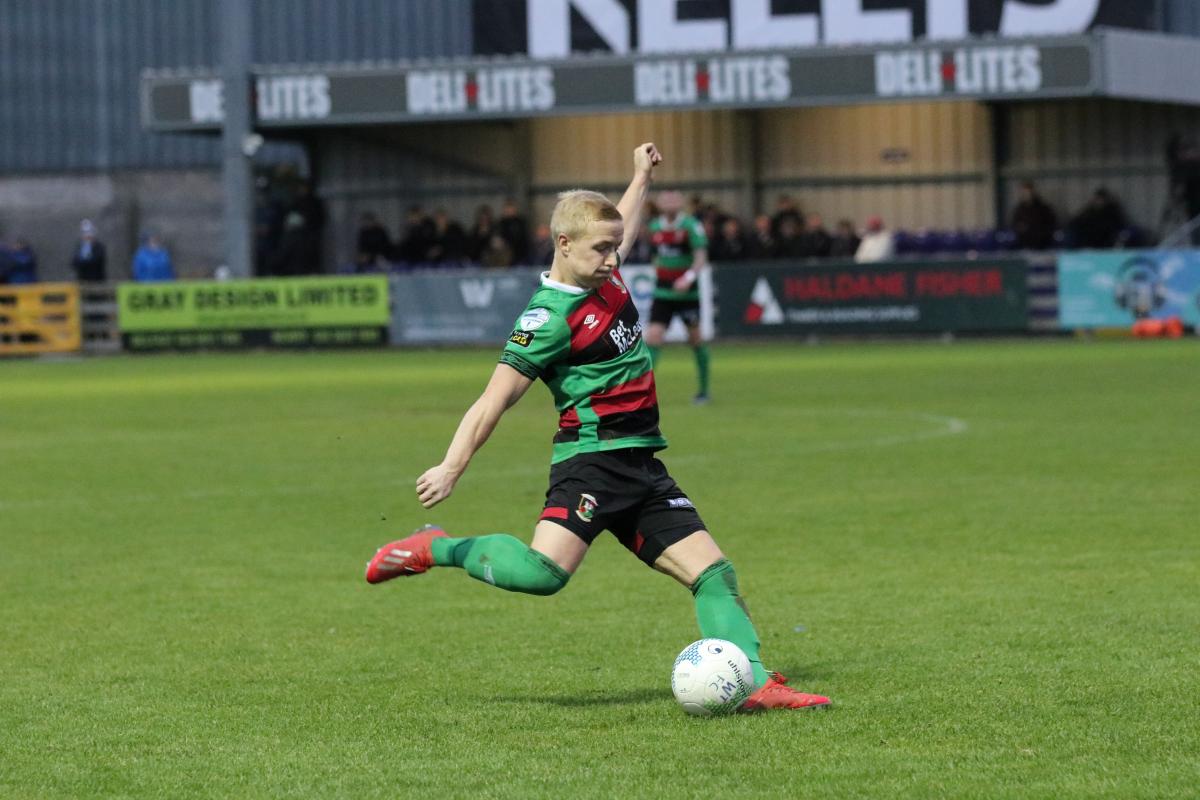 So Glentoran claim another 3 points and consolidate their position in the Danske Bank Premiership. Next up is a trip to the Brandywell next Saturday to face Institute. 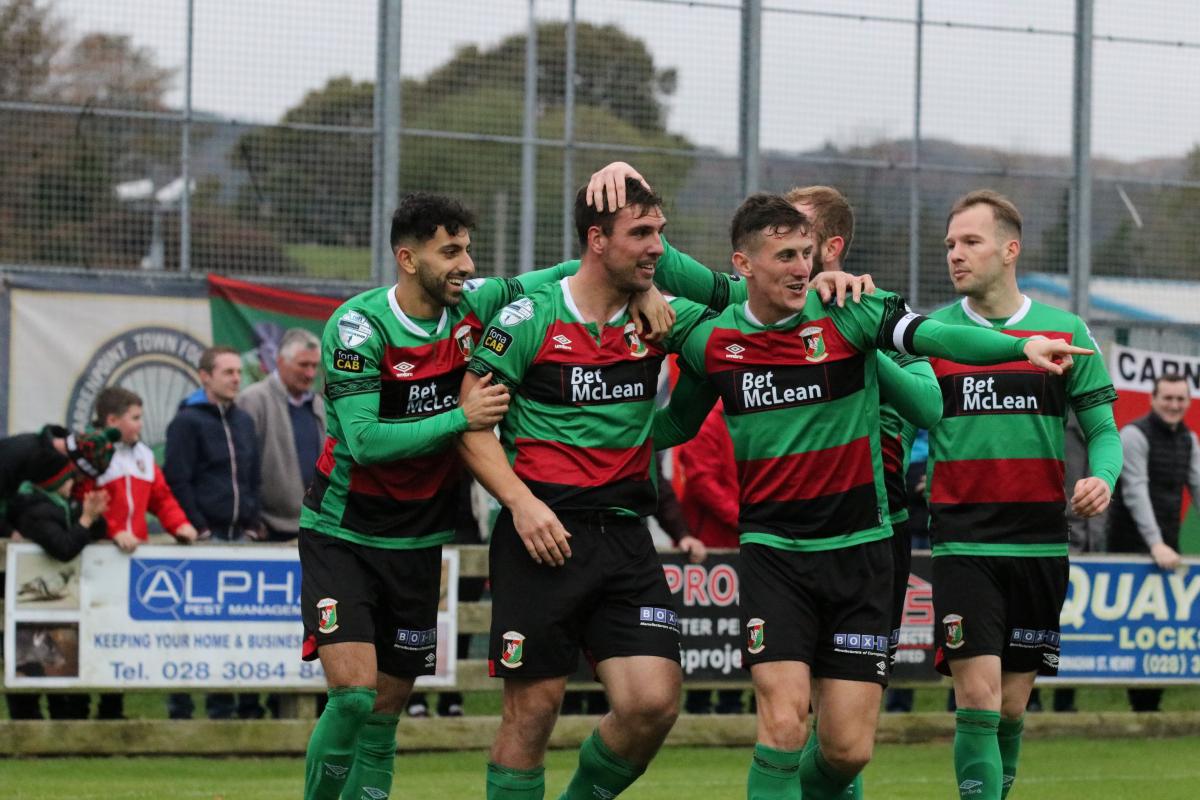 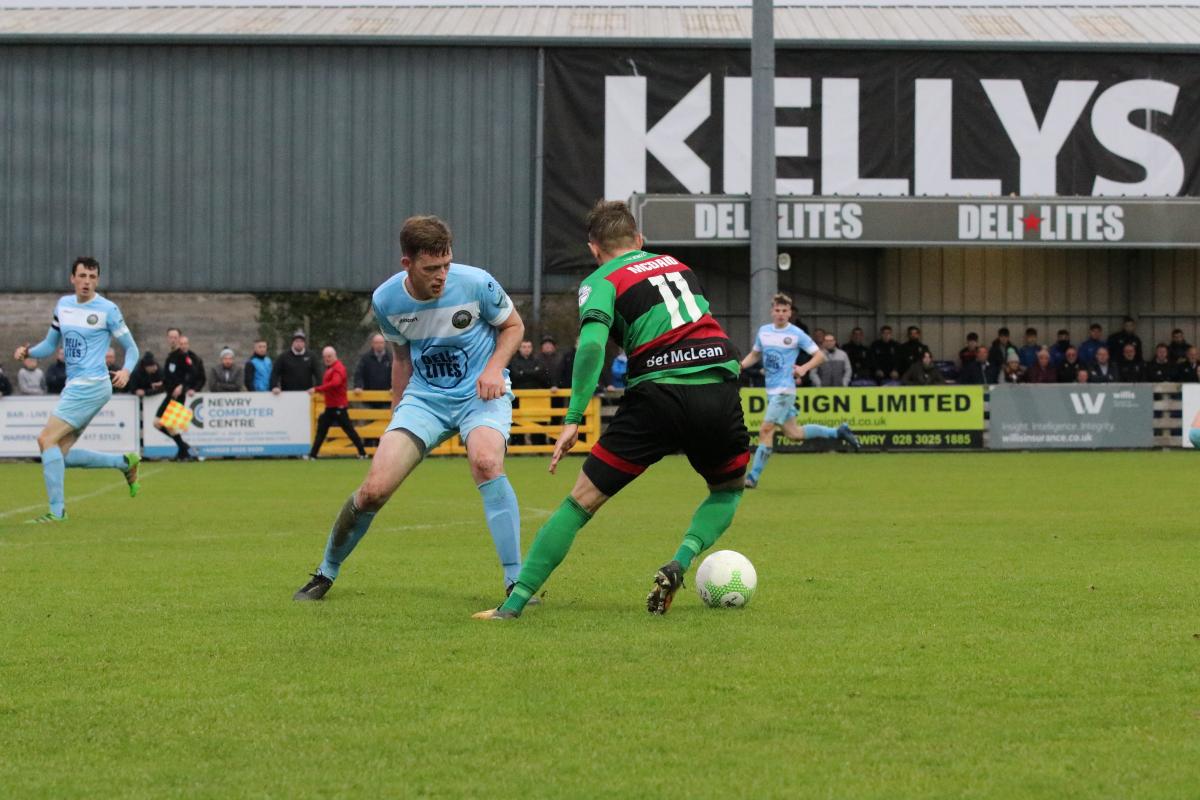