It's 15 games undefeated in the Danske Bank Premiership for Glentoran now and results elsewhere mean we are back where we were last Saturday night - top of the table! 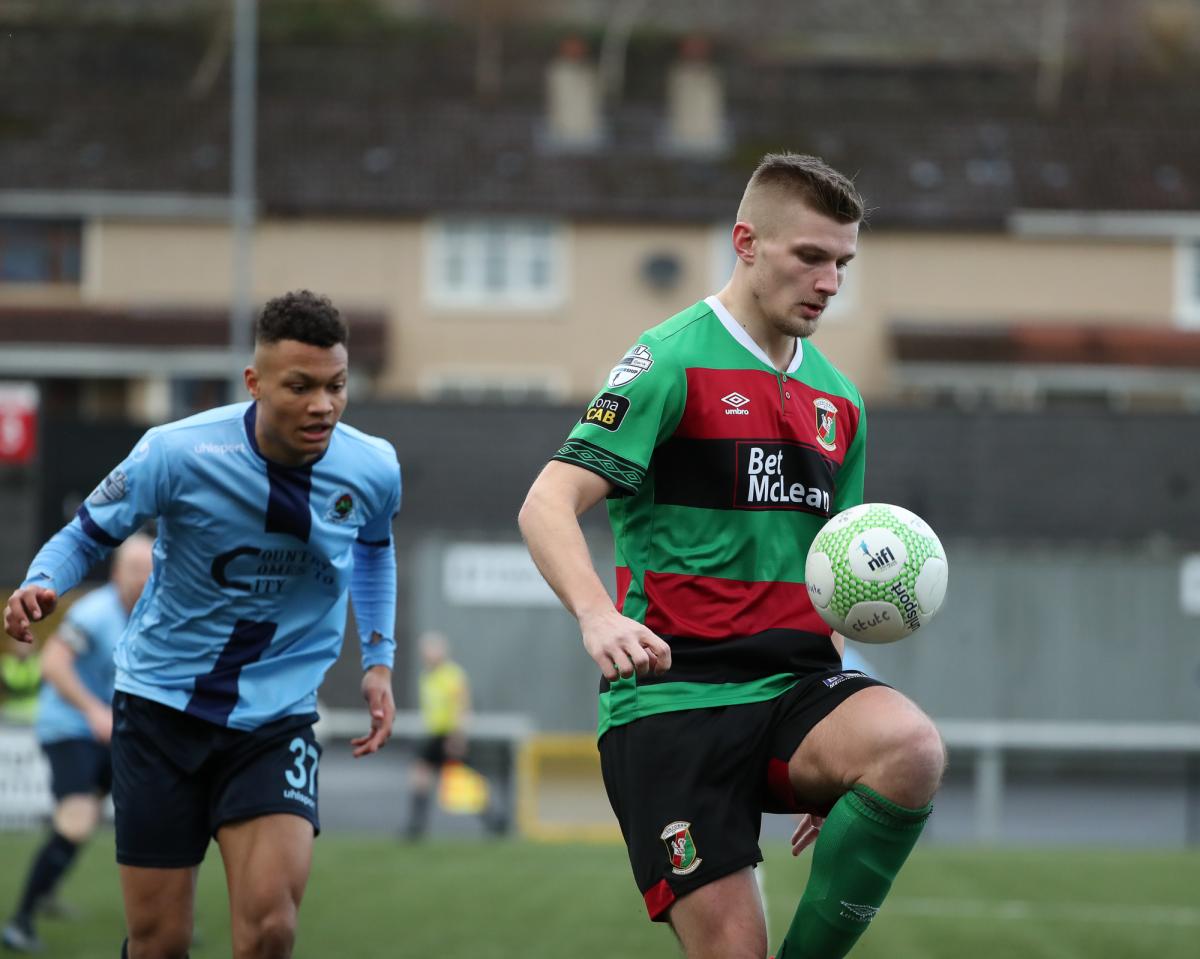 Manager Mick McDermott handed debuts to 3 players this afternoon with recent signings Keith Cowan, Caolan Marron and Andrew Mitchell all named in the starting XI. The back four saw Marron come in at right back with Garrett and Cowan in the middle and skipper, Marcus Kane in his normal left back role. Gavin Peers was serving a one match suspension with Patrick McClean, one booking away from a suspension, named amongst the substitutes. 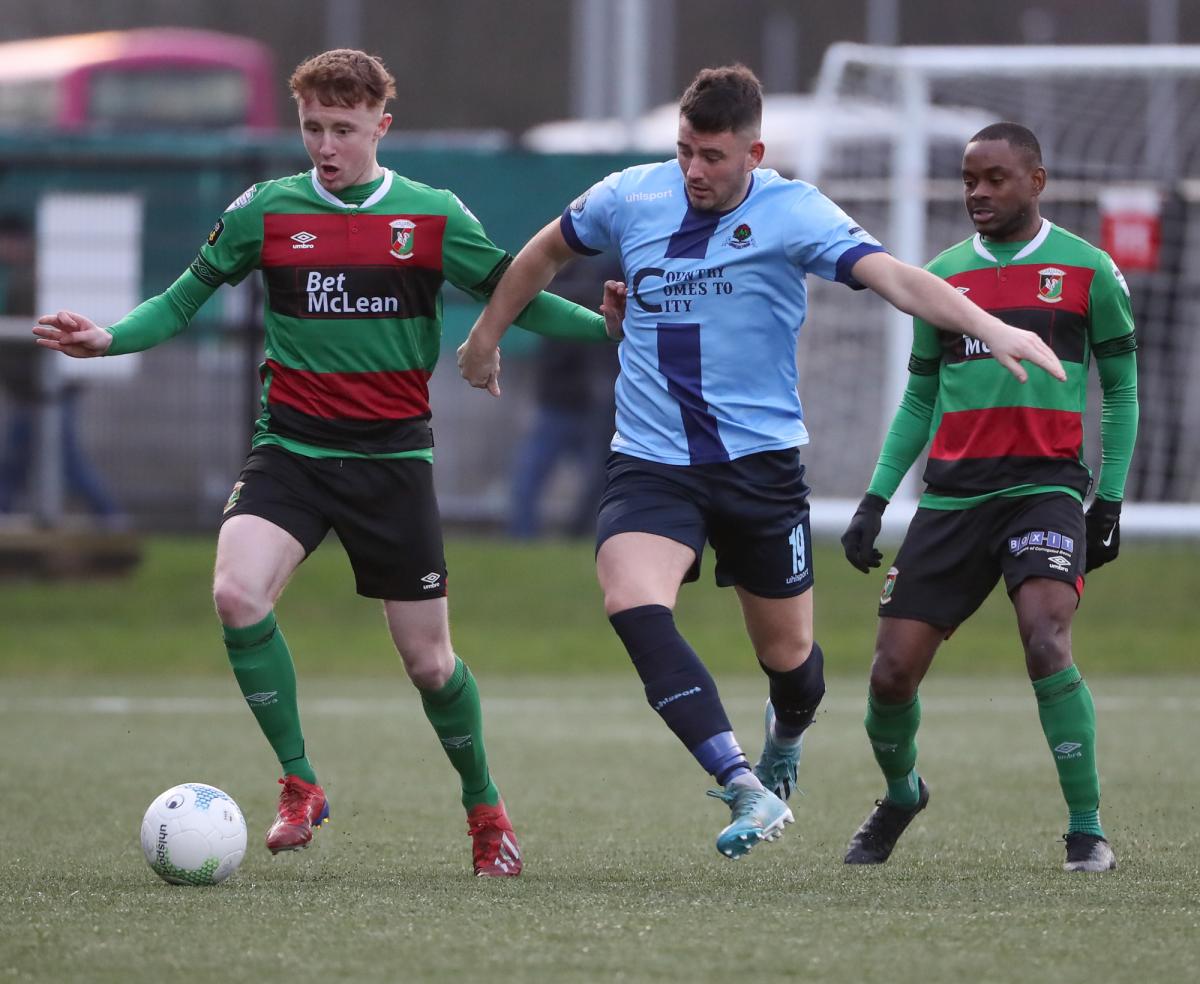 The first 15 minutes or so was a rather tame contest with Marcus Kane's early long range effort well off target. On 18 minutes the home side should have gone in front when Gareth Brown put the ball across goal for Aidan McCauley. The Stute number 24 was denied though, by a superb save by Marijan Antolovic, the big Croatian keeper coming quickly off his line and blocking McCauley's effort. 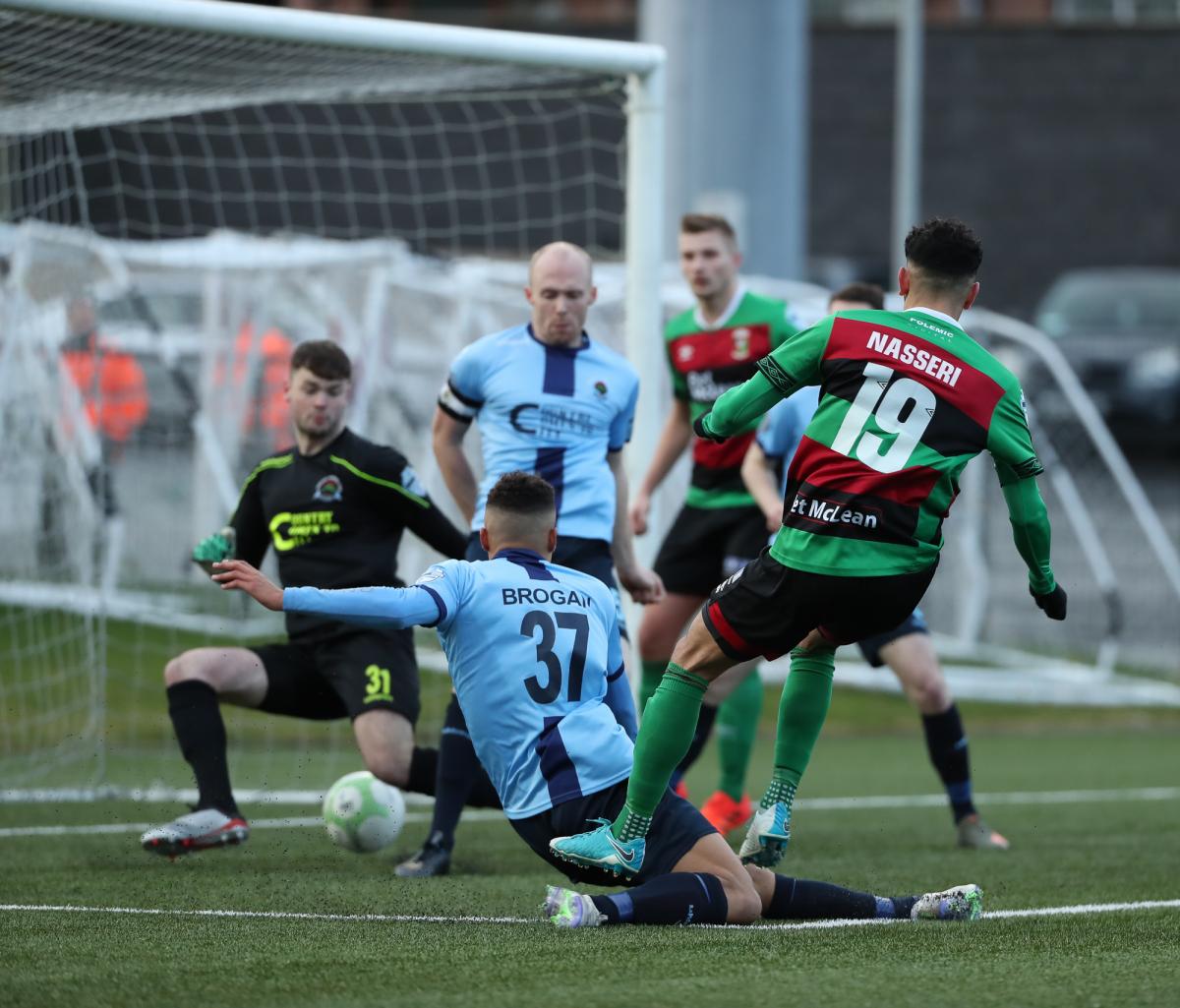 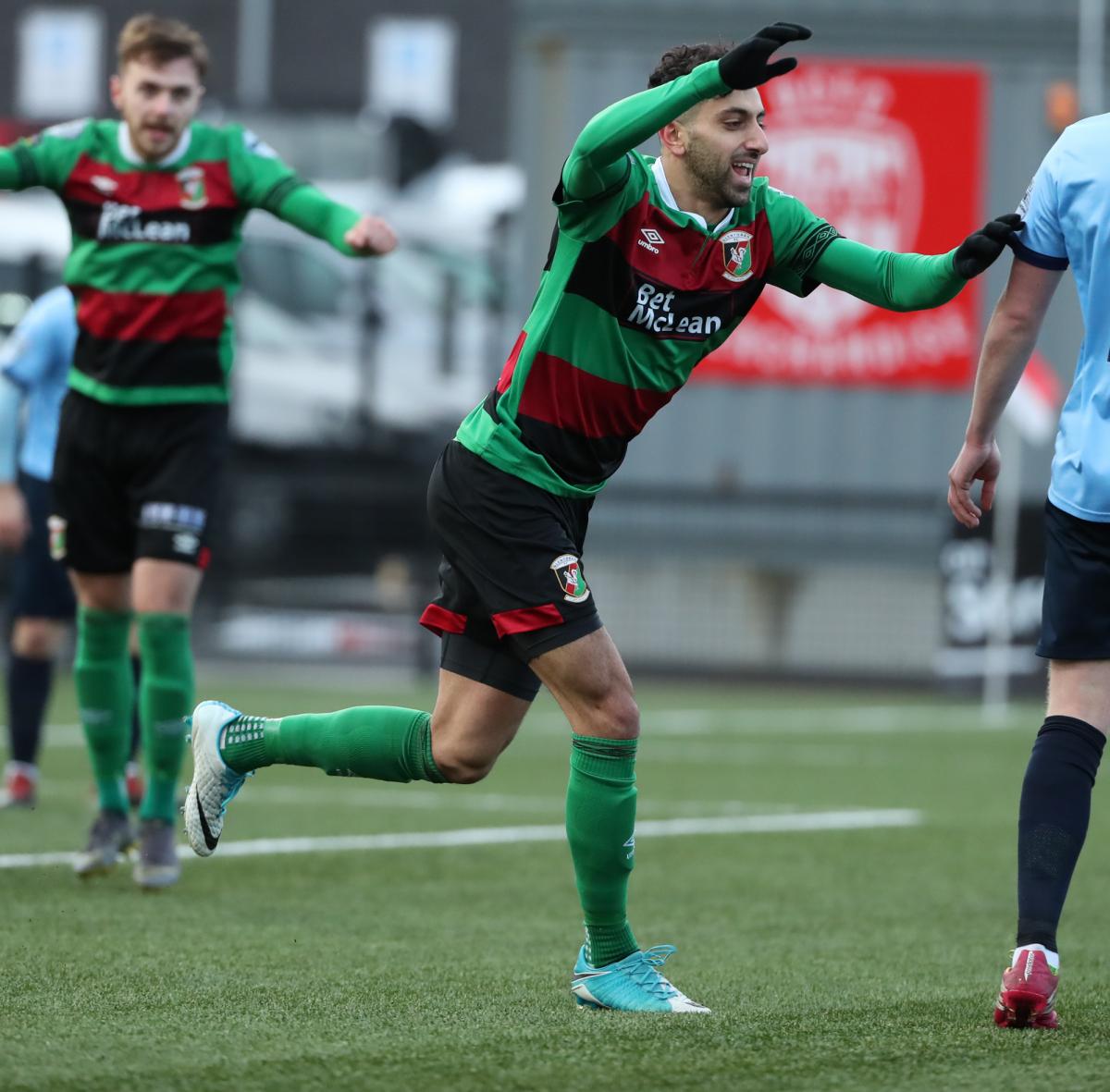 It was a costly miss and just 2 minutes later the Glens went in front. A superb cross field pass from Chris Gallagher picked out Elvio Van Overbeek. The Dutchman's cross just evaded Keith Cowan but was picked up by Navid Nasseri. He cut back to the corner of the 6-yard box before rifling home a low right foot shot through the legs of Rory Brown in the home goal. 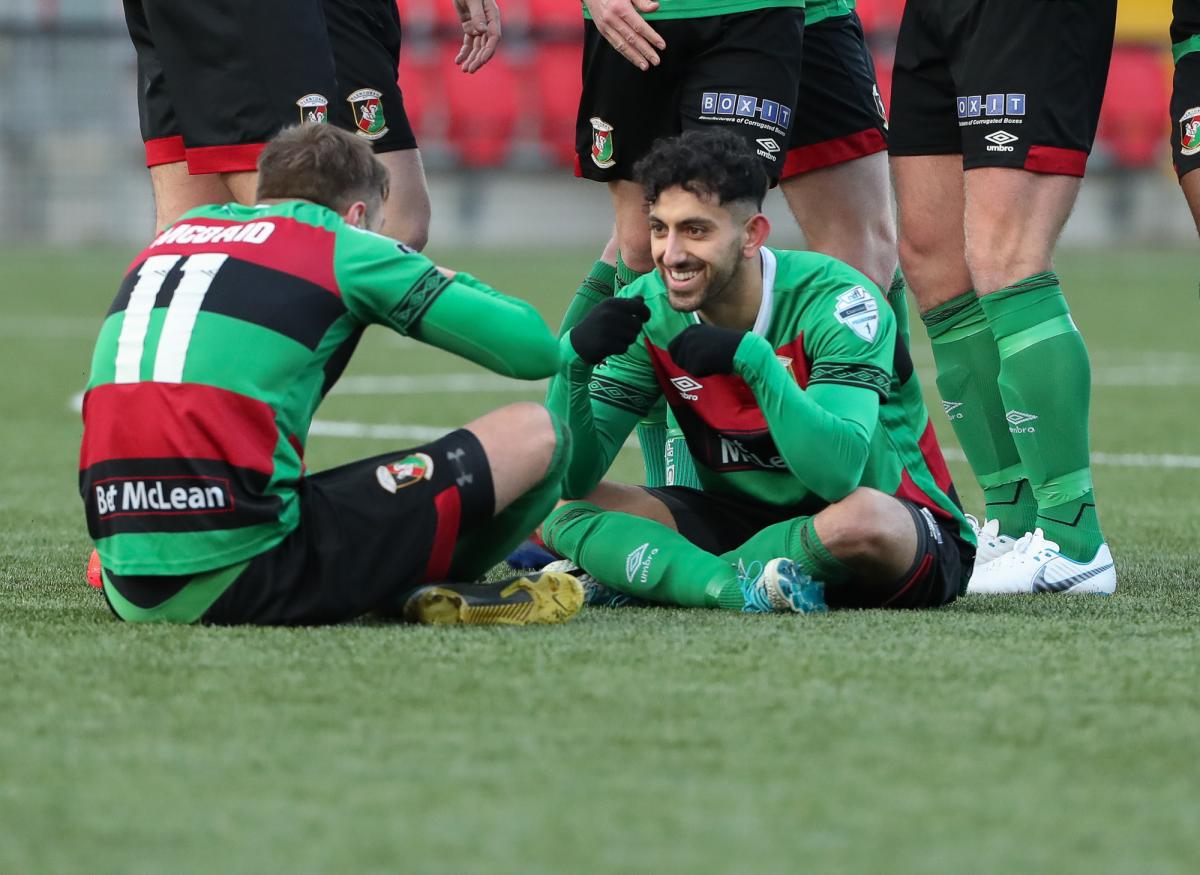 On 27 minutes Aidan McCauley had another pop at goal; this time his long range effort was just wide of Antolovic's right hand post. On the half hour mark Nasseri tried his luck from just outside the area. His shot was on target but Brown saved comfortably. A quick break out of defence almost resulted in a second goal for the Glens; Van Overbeek, Plum and Gallagher all combining before our number 6 shot flew over. A cross to the back post from the excellent Marron picked out Robbie McDaid but Glentoran's top scorer headed straight at Rory Brown from a tight angle. 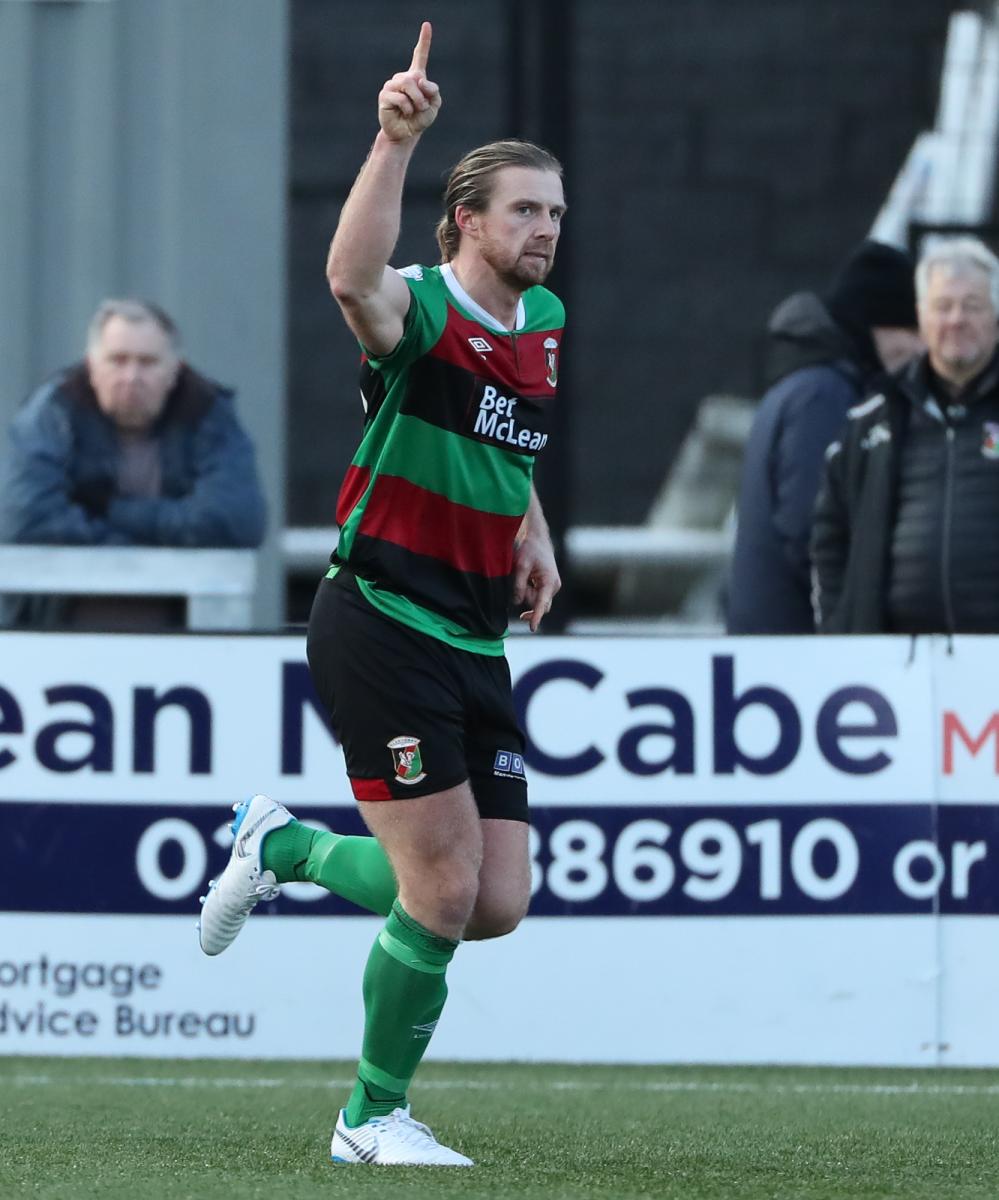 Glentoran did double their lead just before the break though. Hrvoje Plum was brought down a couple of yards out from the corner of the 18-yard box. Plum's curling shot around the 2-man wall looked to be creeping in at the near post. Brown got down well to keep it out but could only parry it to the unmarked Keith Cowan who side footed it home from 3 yards. 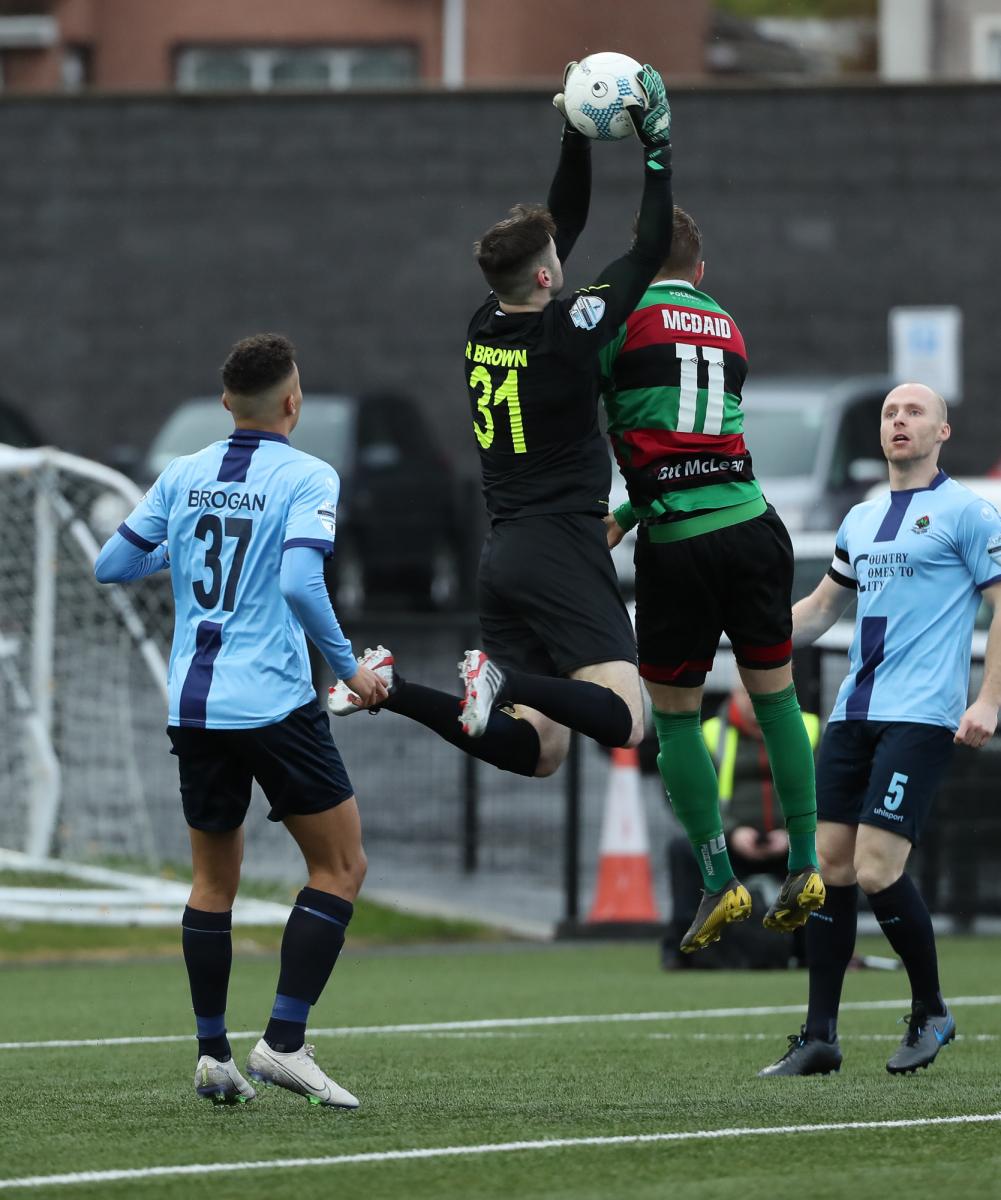 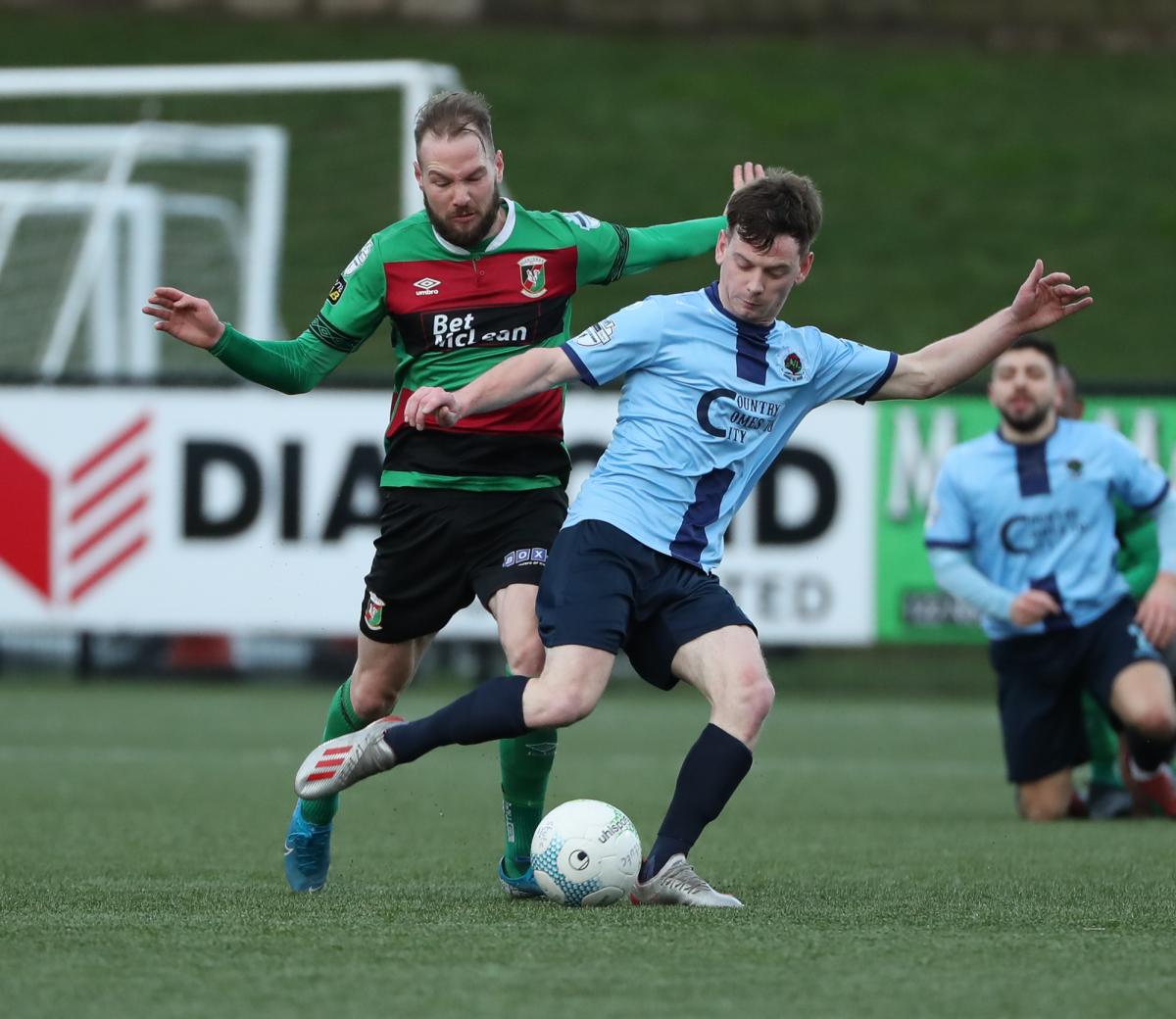 Glentoran were quickly out of the blocks after the interval, looking to add to their 2 goal advantage. Andrew Mitchell's cross (46) found McDaid in the middle but he couldn't keep his shot on target. On 51 minutes a delightful ball from Van Overbeek picked out McDaid but this time the Glens number 11 fired just over. That was followed (55) by a 20-yard Nasseri drive that went just past the post. 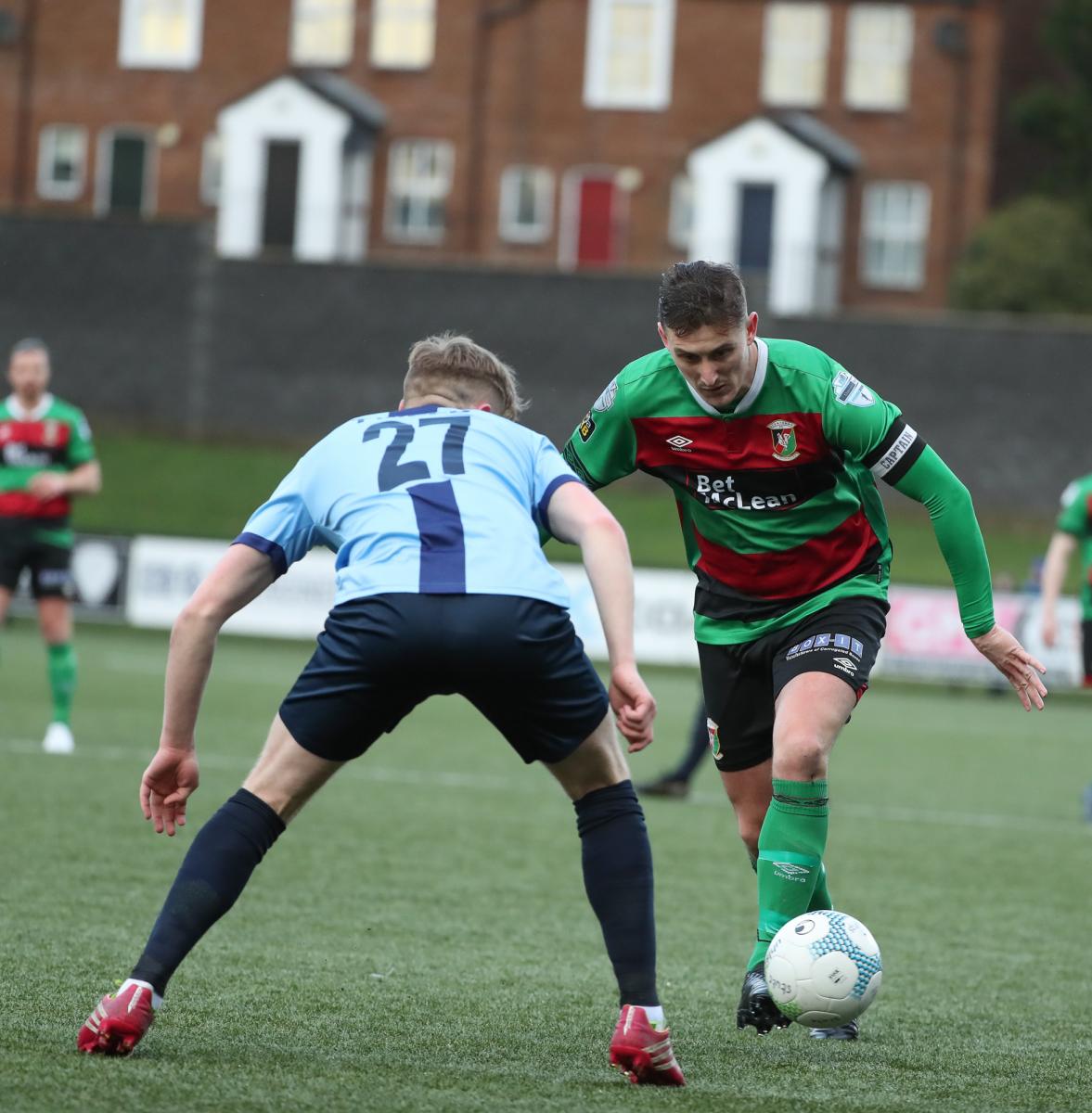 On the hour mark Institute had a chance to pull a goal back when Alex Pomeroy drilled a low ball across the Glentoran 6-yard box. Substitute Ahu Obhakhan stretched to meet the ball but could make a decent contact and the ball went behind for a goal kick. 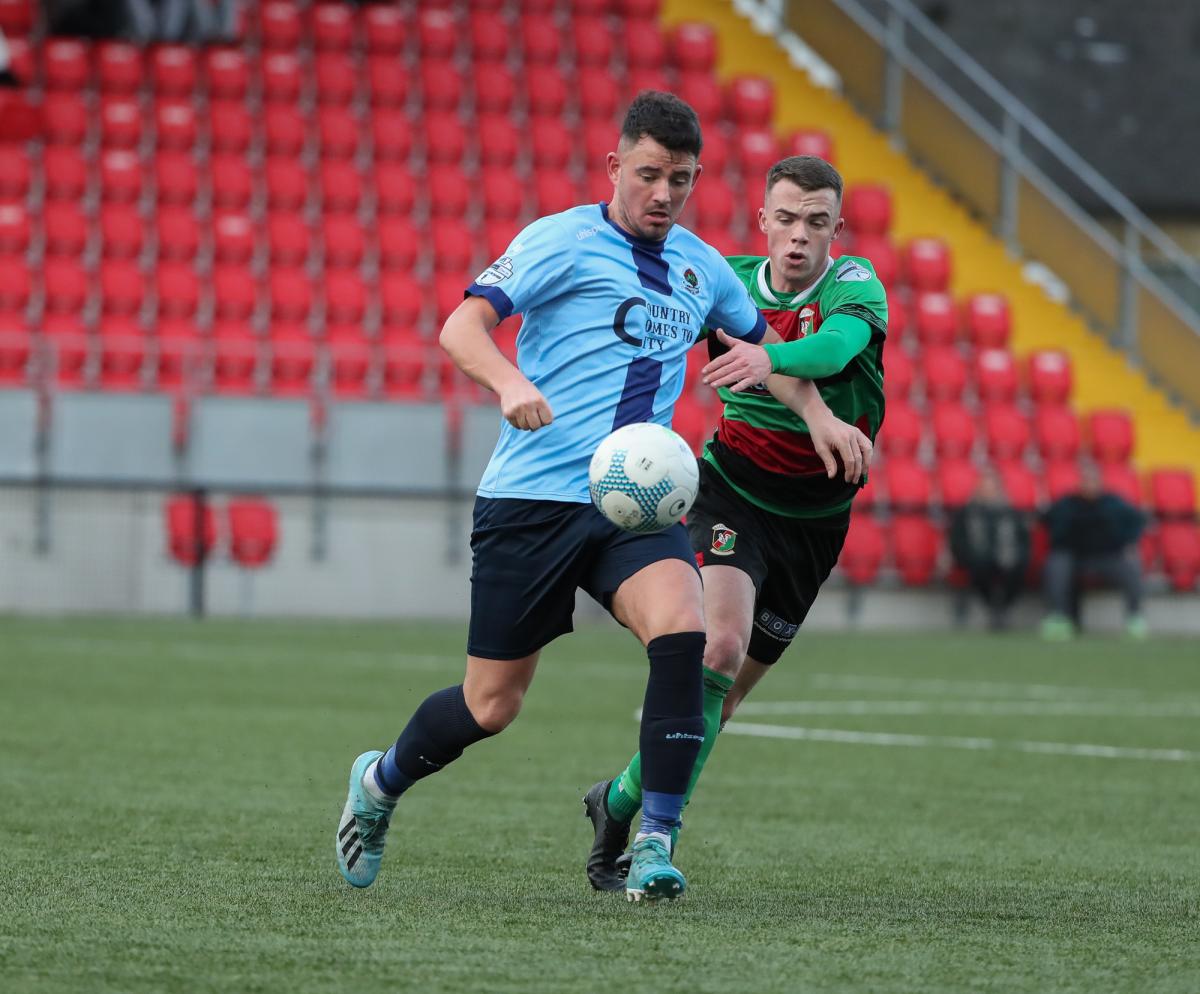 McDermott freshened things up a bit with the introduction of Paul O'Neill and Ciaran O'Connor but although the Glens continued to press and looked the more likely to find the net there was to be no more scoring. In the closing stages Kane met Plum's free kick at the back post but could only find the side netting whilst there was one more chance for Robbie McDaid but his header was saved by Rory Brown. 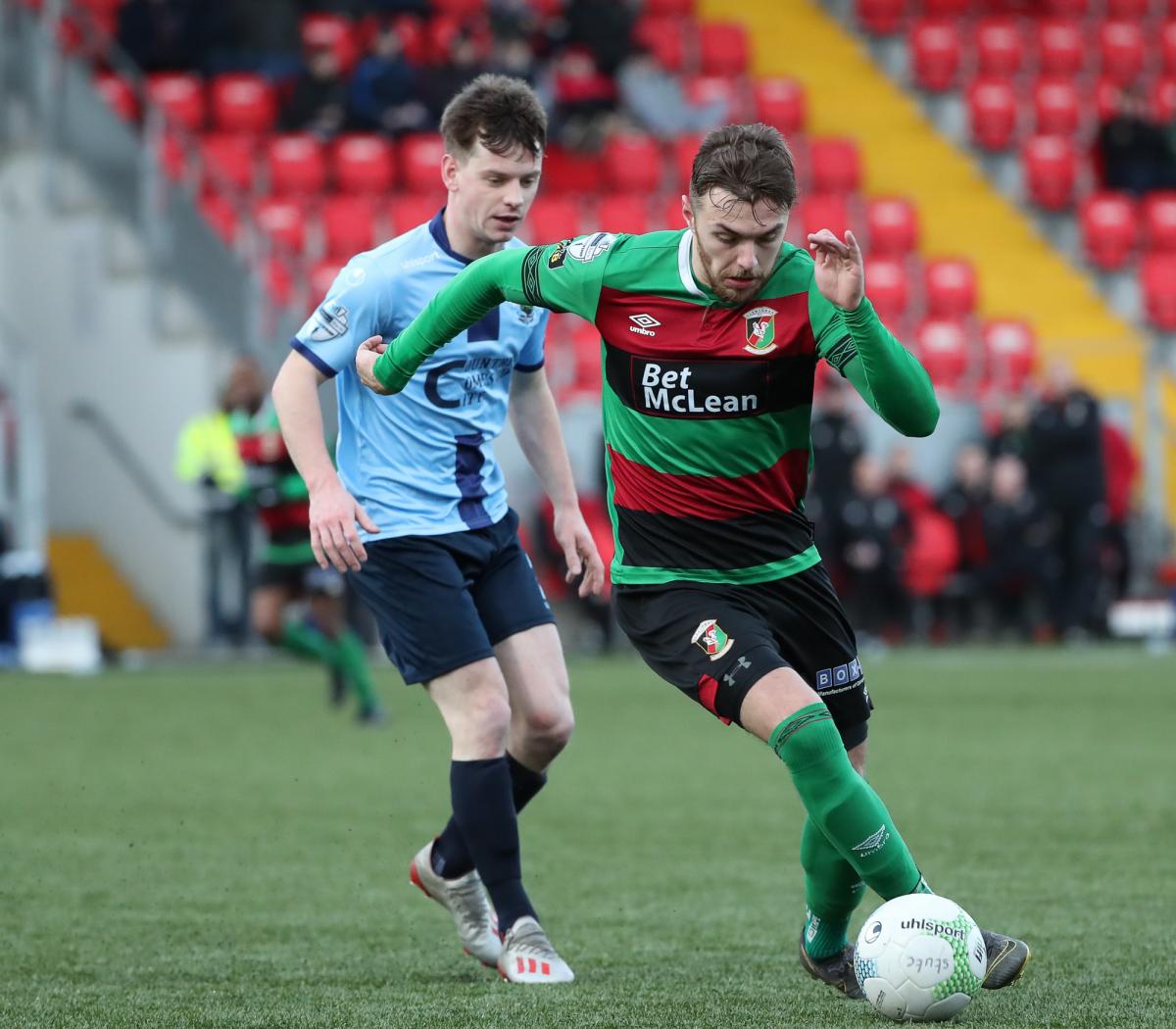 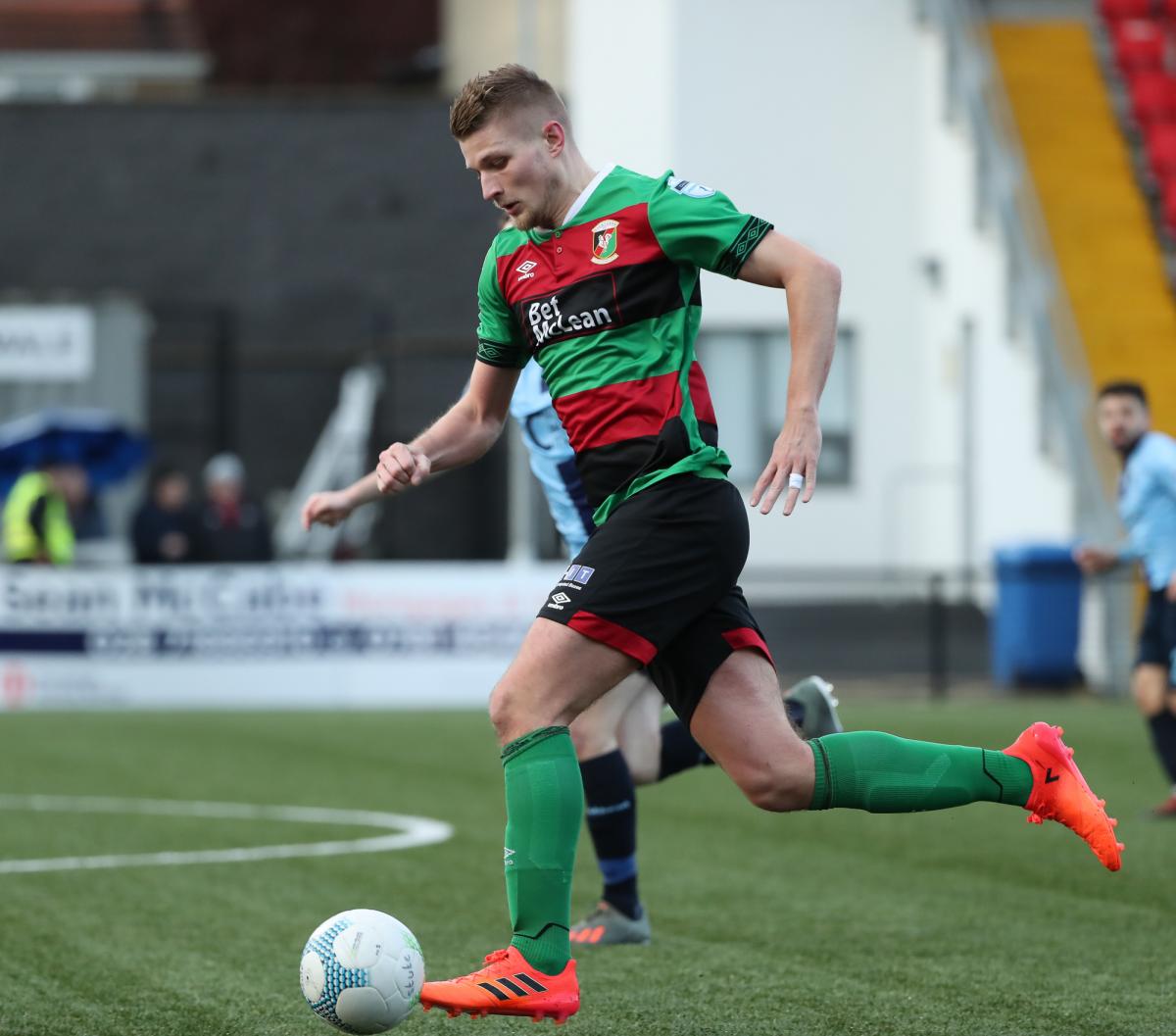 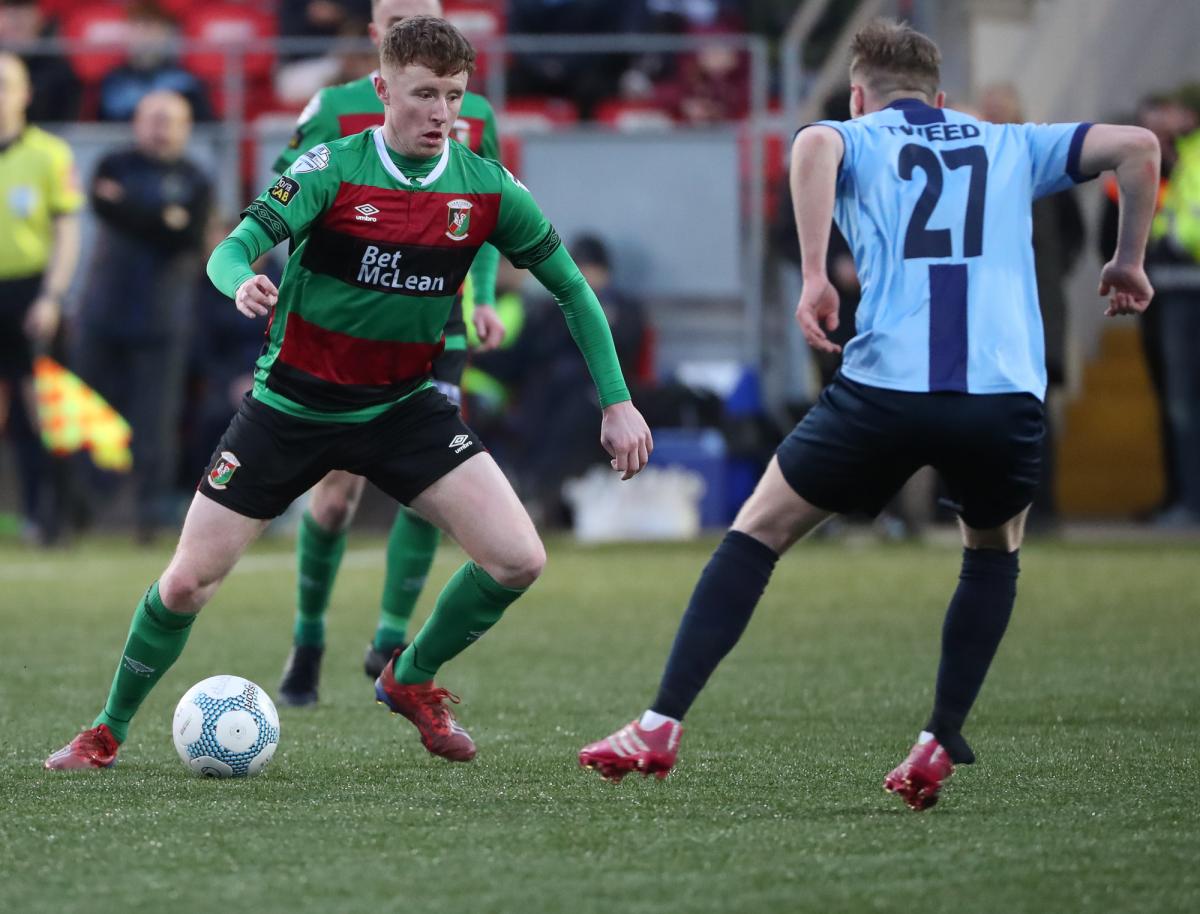