Just like last Tuesday night against Ballyclare Comrades, Glentoran were quick out of the blocks tonight and in front of the SKY TV cameras were two goals to the good within the opening 18 minutes. 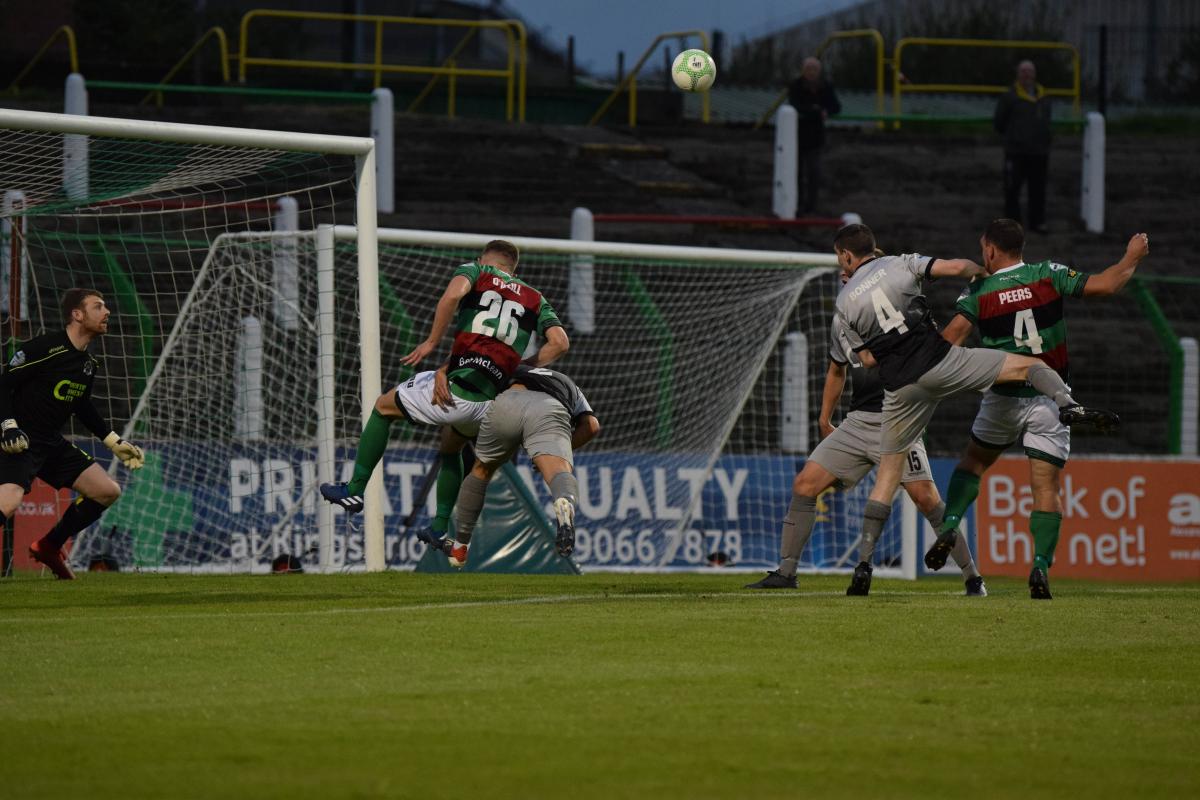 The first chance of the game came on 6 minutes when Elvio Van Overbeek got on the end of a Robbie McDaid cross, forcing a good save out of Paul Wells in the Institute goal. Just 4 minutes later though the Glens hit the front. A Marcus Kane cross from the left was a bit too long and looked to be drifting out of play but the energetic Van Overbeek kept it in and then took a return pass from Hrvoje Plum. Van Overbeek's cross back into the danger area was headed home by central defender, Gavin Peers. It was his first goal for Glentoran. 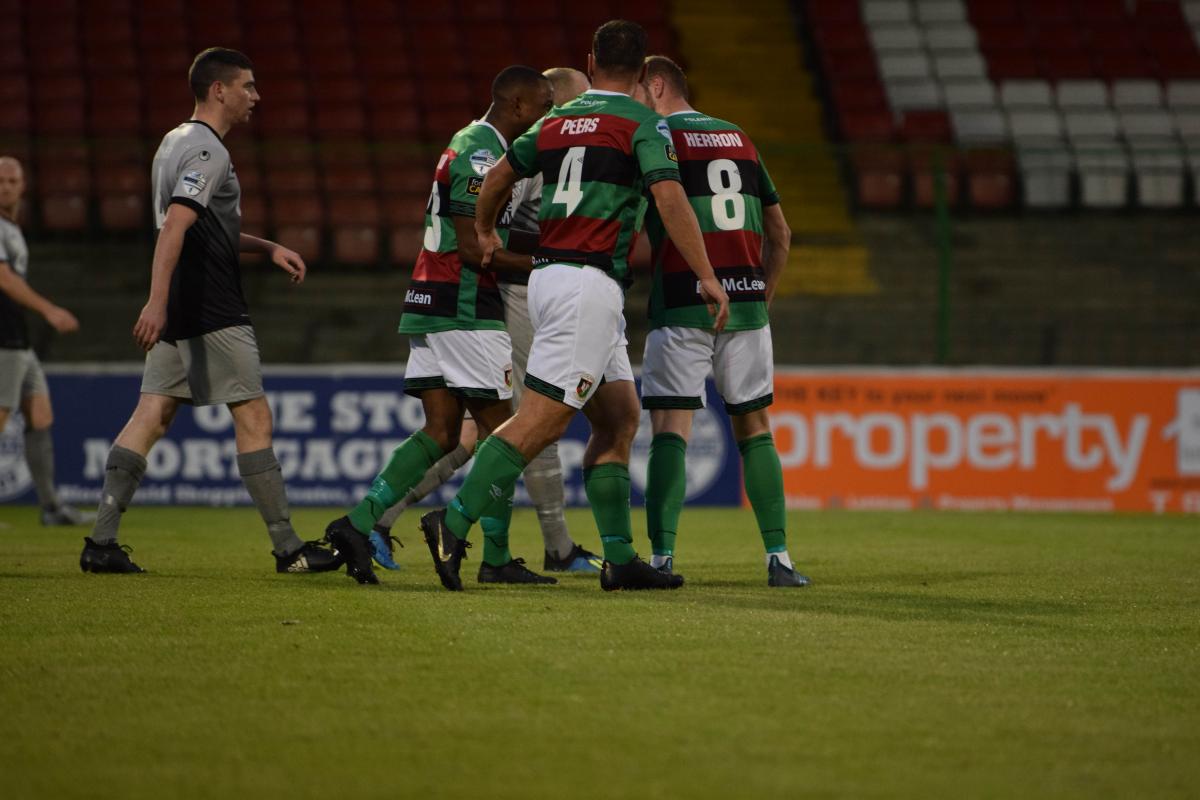 2 minutes after the goal there was almost a second Robbie McDaid's cross found Hrvoje Plum but the Croatian midfielder just couldn't make a proper contact on the ball. 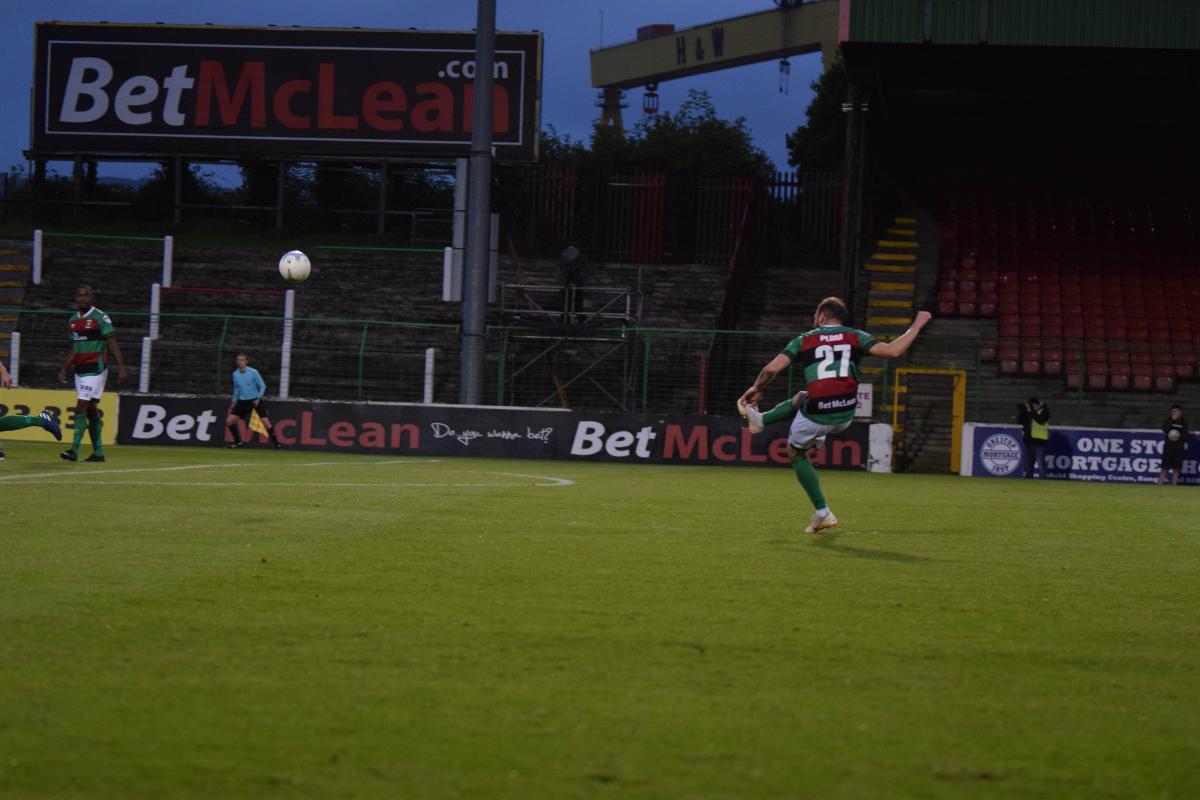 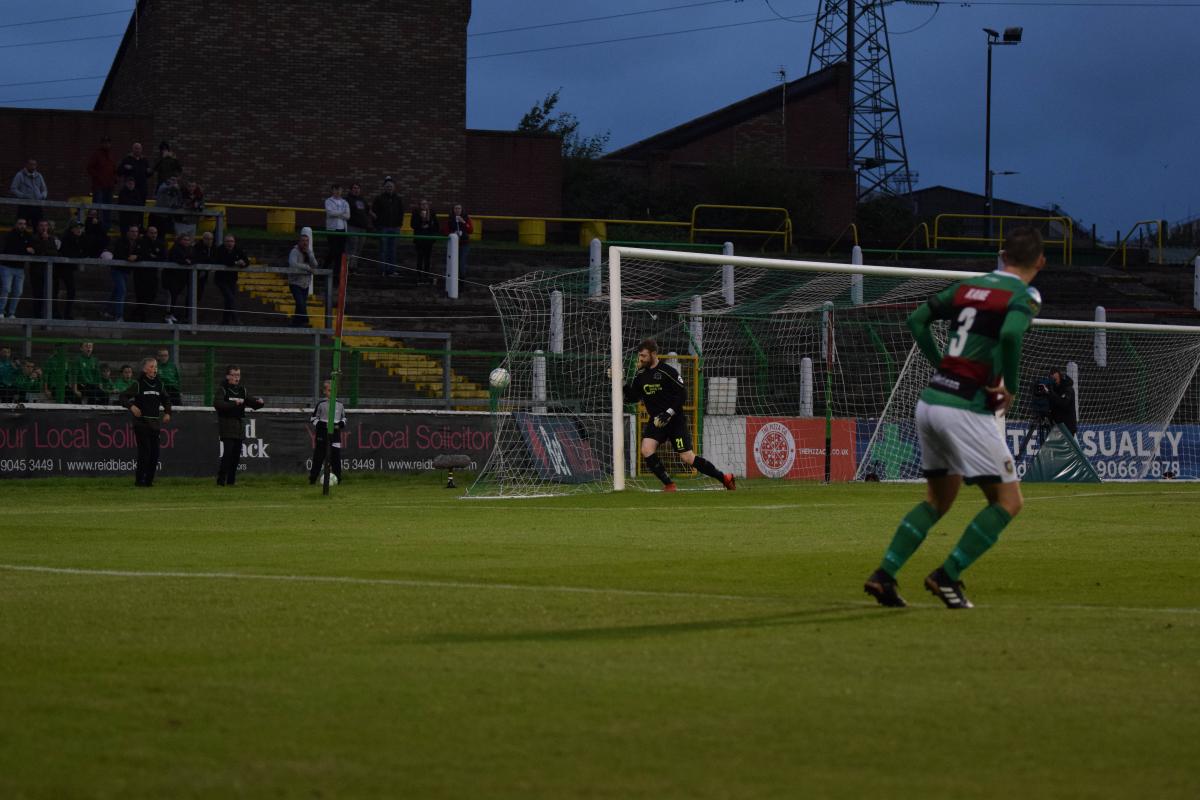 Elvio Van Overbeek then tried his luck from 25 yards before the home side doubled their advantage. A foul on McDaid 25 yards from goal gave Hrvoje Plum the chance to repeat his spectacular free kick goal against Coleraine a couple of weeks ago. And repeat it he did, curling the ball into the top corner giving Paul Wells no chance. 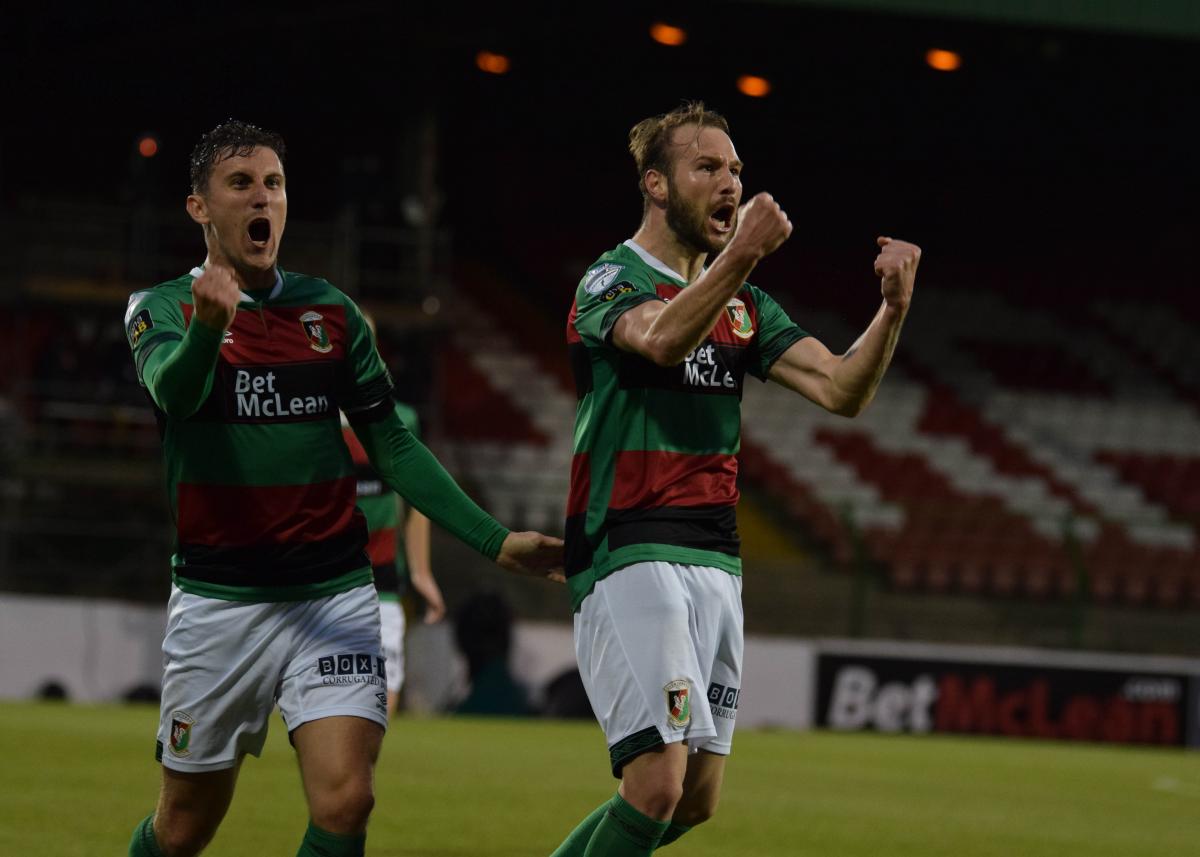 Midway through the half 'Stute had a couple of opportunities to reduce the deficit. Gareth Brown wnet close with a 25 yard drive and the same player probably should have scored on 23 minutes when he got on the end of a wicked cross from the right but saw his shot go inches wide of the post with Marijan Antolovic struggling to get there. 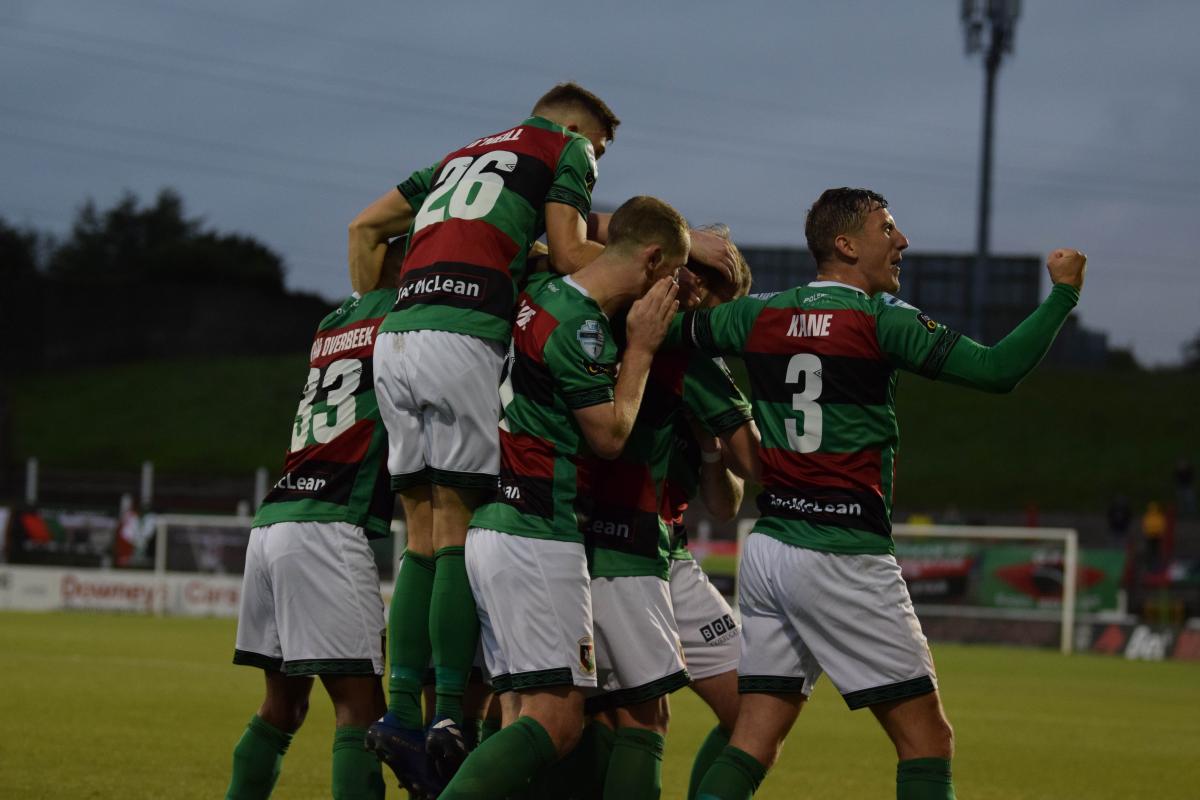 On 27 minutes a cross from Peers found O'Neill but the young striker's header hit McDaid and went wide. Robbie McDaid was then felled in the area and with the home crowd baying for a penalty the ball fell to Hrvoje Plum. Plum's 20 yard drive was well saved by Wells in the visitors' goal.

Paul O'Neill, who put in a great shift, set up a chance for John Herron on 33 minutes but the big Scot wasn't able to get a shot away. O'Neill then had a go from around 30 yards but the keeper dealt with it comfortably. As the half drew to a close skipper Marcus Kane provided another chance for Robbie McDaid but his header was straight at the keeper. 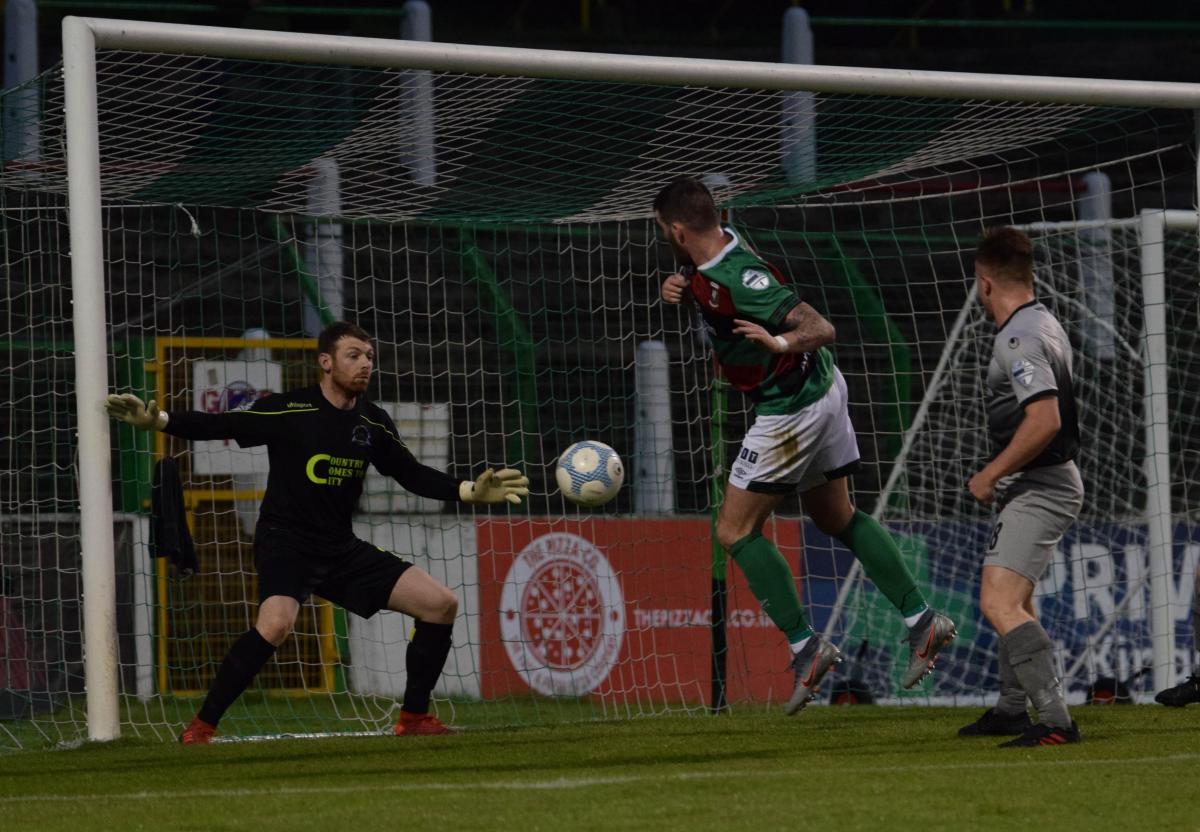 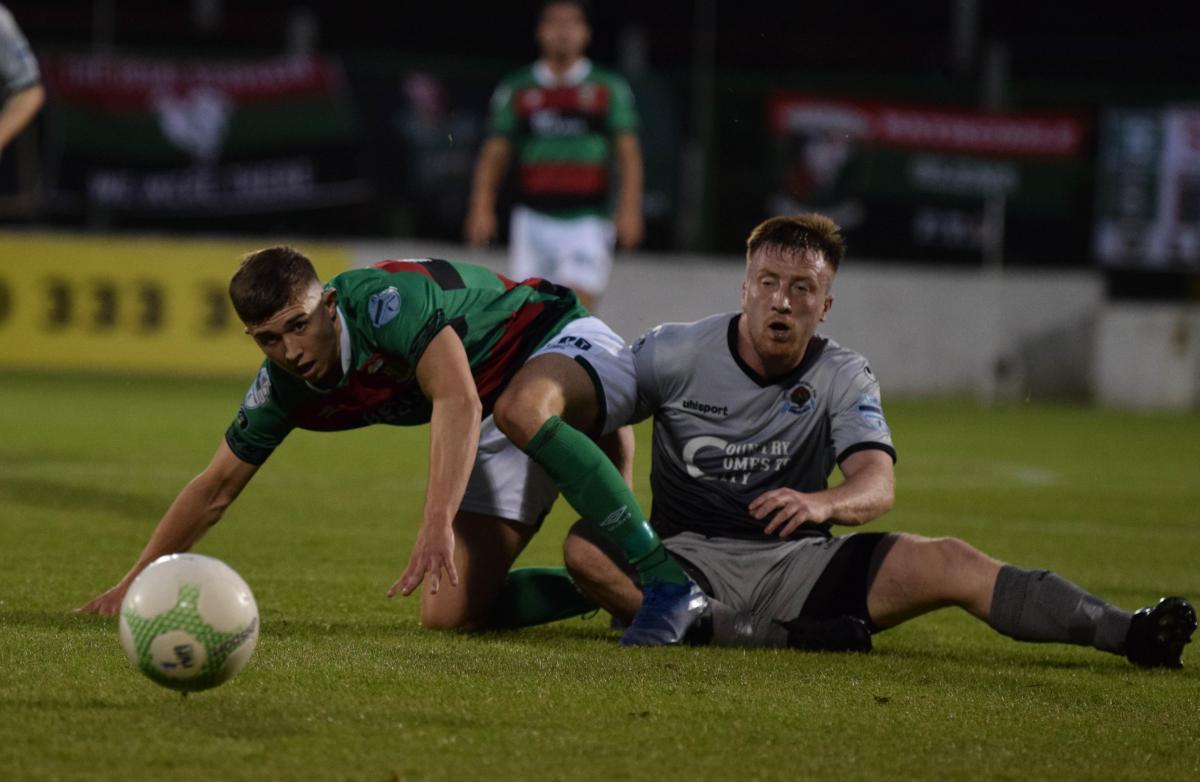 The second half was a bit more subdued but with the Glens continuing to dominate both possession and chances. 5 minutes after the interval a free kick by Hrvoje Plum found Paul O'Neill in the area but his header flashed wide. Moments later another superb bit of skill from Van Overbeek created a chance for McDaid but Wells was quickly off his line to deny him. 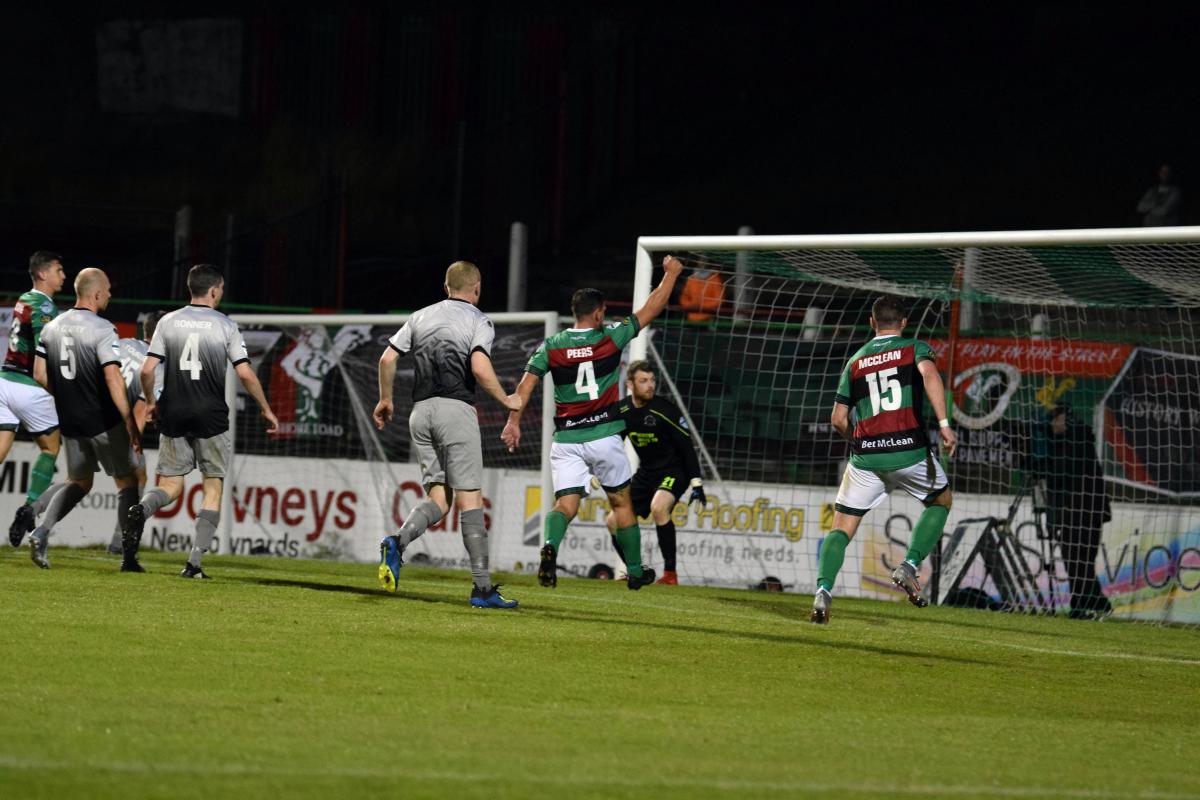 McDaid deserved a goal though and it finally came on 56 minutes. He was fouled on the left wing and yet again Hrvoje Plum took the set piece. It was a wicked delivery into the penalty area and McDaid got a touch to make it 3-nil. 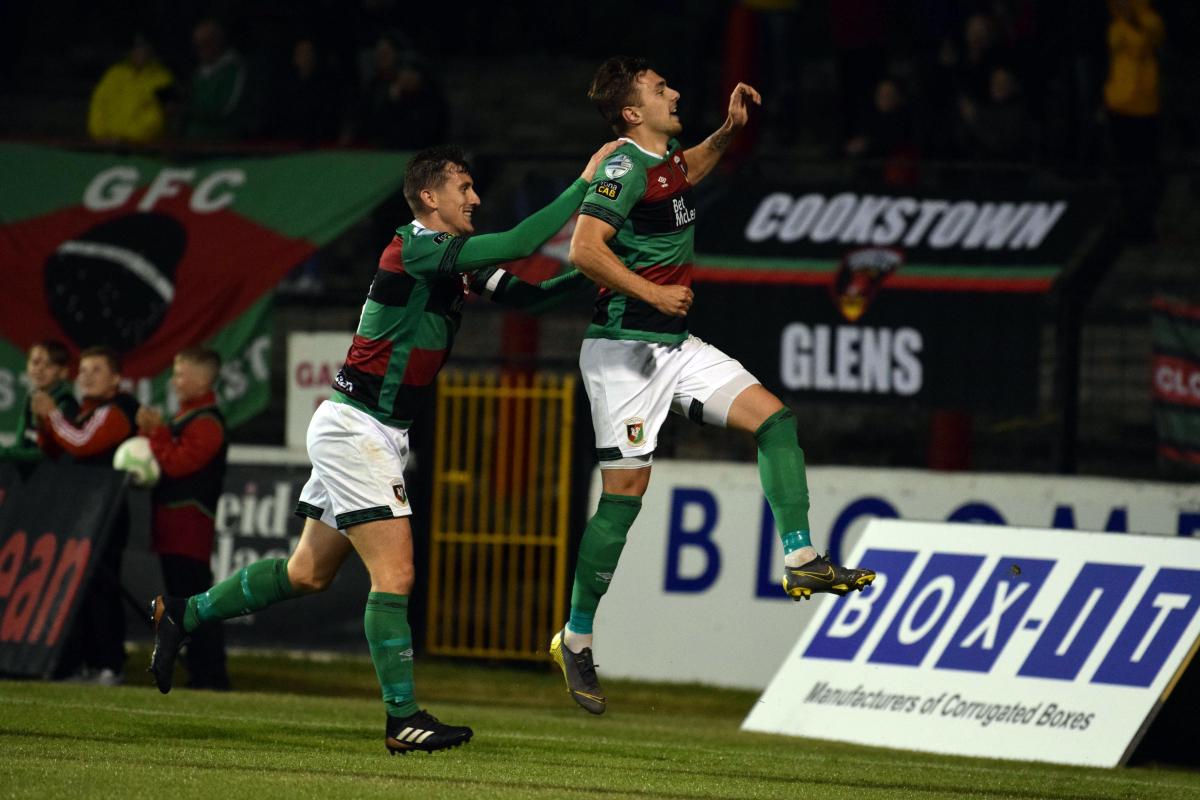 With the points virtually secured Glentoran introduced Jonny Frazer, Mal Smith and Antonio Duric from the bench. The next chance came on 82 minutes when Joe Crowe struck a 30 yard free kick. His effort was both powerful and on target but well held by Stute keeper Paul Wells. 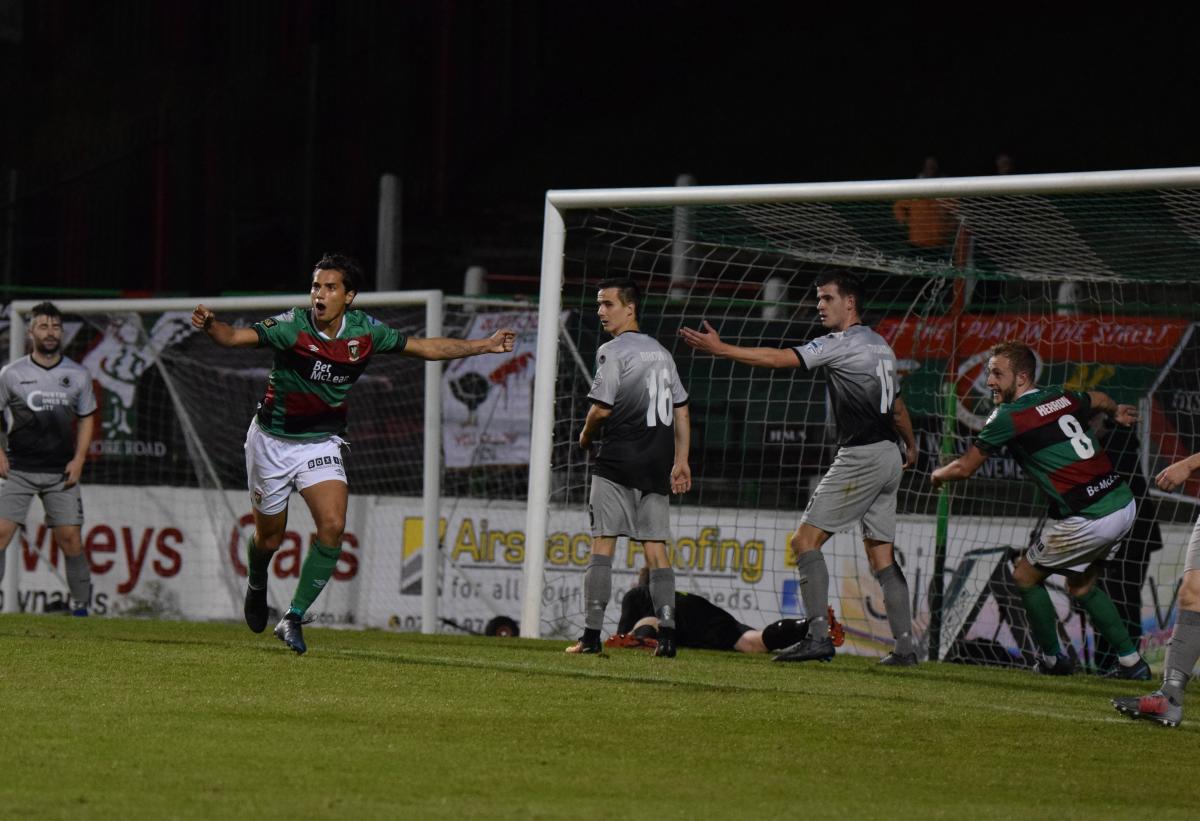 4 minutes from time the Glens got their 4th. Mal Smith's inswinging corner was met by debutant Antonio Duric and his powerful header found the back of the net. 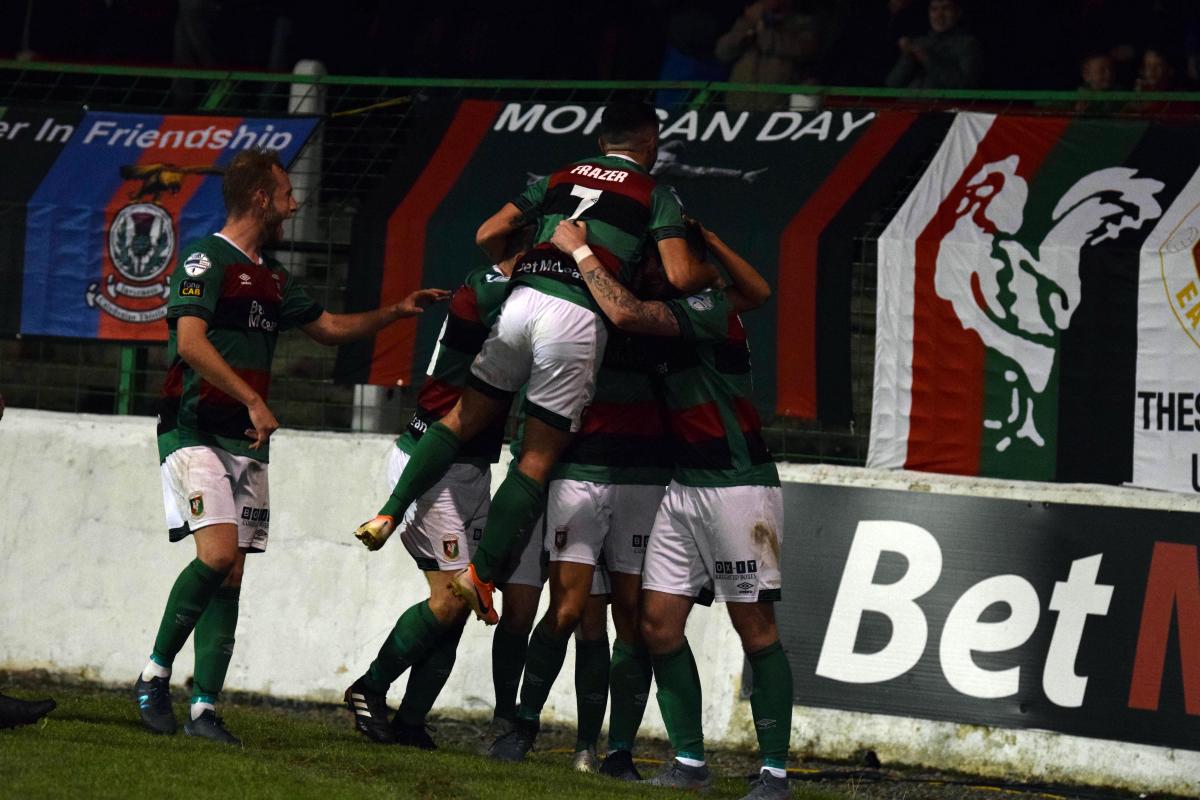 Another excellent hard working performance and a deserved 3 points. Next up are Larne at the Oval on Saturday as we continue our Danske Bank Premiership campaign. 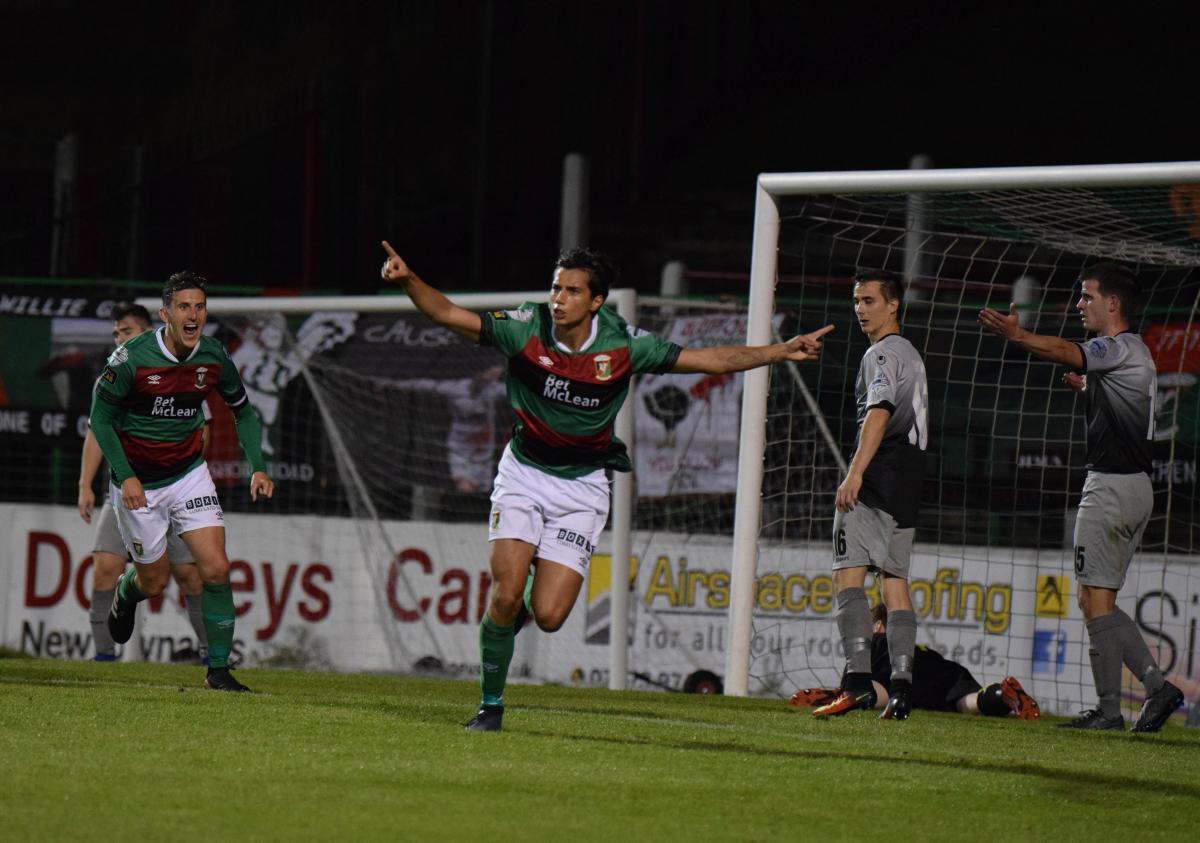