Glentoran reached their first semi-final in 4 years with an extra-time win over Larne at the Oval on Tuesday evening. Manager, Mick McDermott freshened up the side with a number of changes but it was the visitors who started the brighter, Conor McKendry firing a 30 yard effort just wide on 10 minutes. The same player had another opportunity just after the quarter hour mark but having gone past Marcus Kane and Patrick McClean he saw his low shot come back off the post. 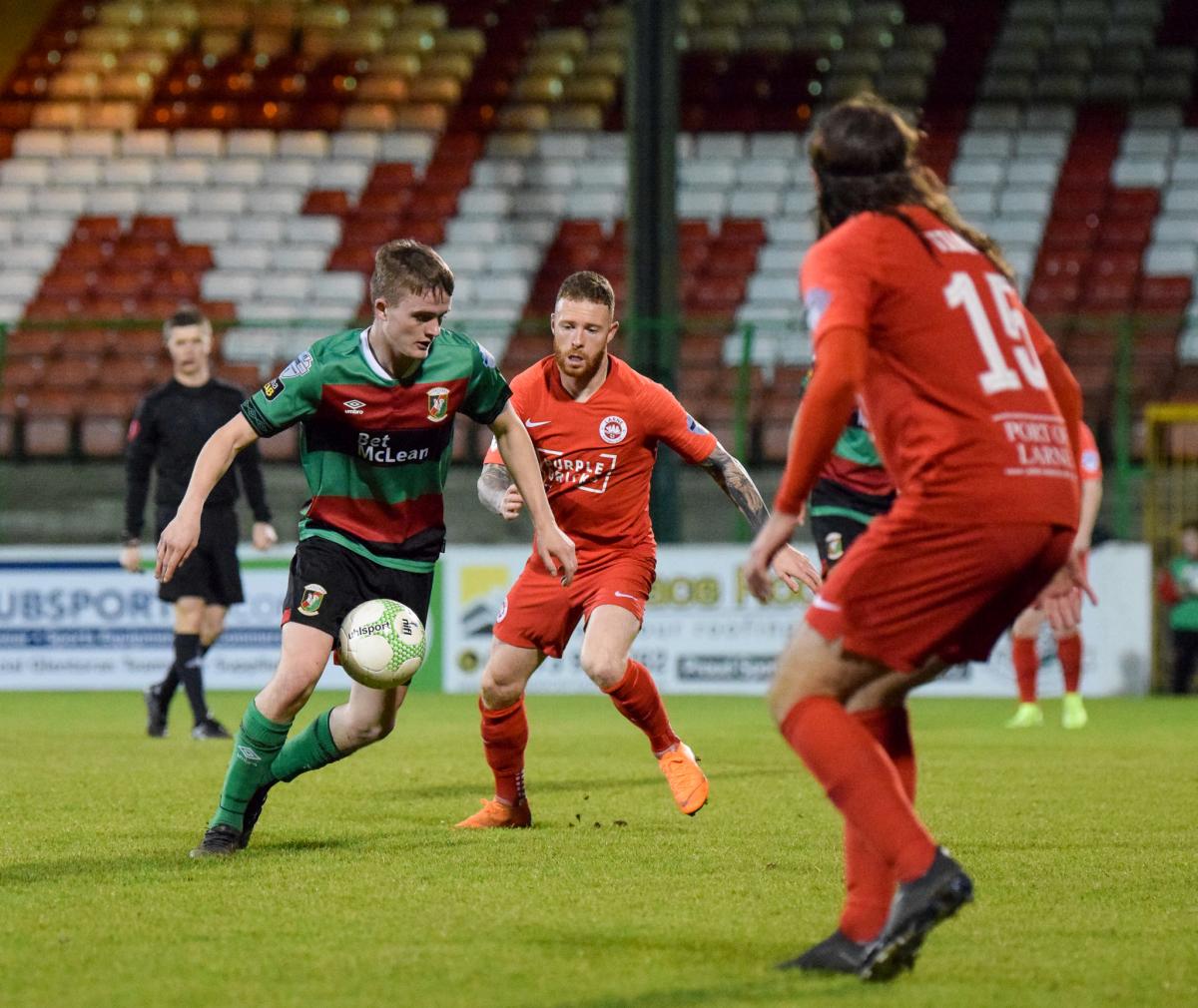 Midway through the half the Glens had a couple of great opportunities to go in front. On 23 minutes Jonny Frazer was scythed down 25 yards from goal. In the absence of Hrvoije Plum, Tom Byrne took the set piece but his powerful drive went over the bar. A superb through ball from McClean a minute later set Frazer clear but Mitchell in the visitors' goal was quickly out to make the block. Navid Nasseri then linked well with Darren Murray with a neat one-two on the edge of the area but the midfielder's shot was well saved by Mitchell. 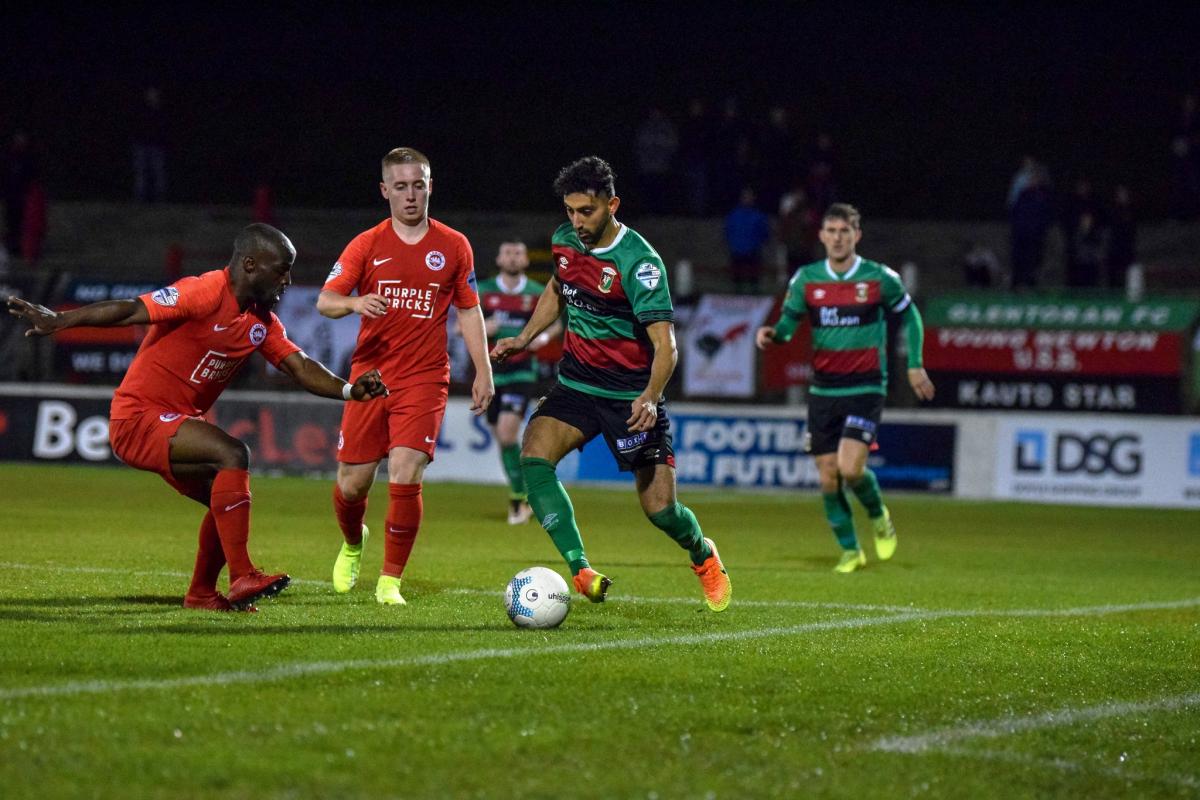 Larne went in front on 35 minutes. McClean seemed favourite to deal with a long punt forward from Mitchell but he was barged by McDaid and the ball went loose, referee Andrews failing to spot the infringement. The Glens still had opportunities to clear the danger but the ball was played back to McDaid and from 20 yards he chipped it over Elliott Morris and into the net. 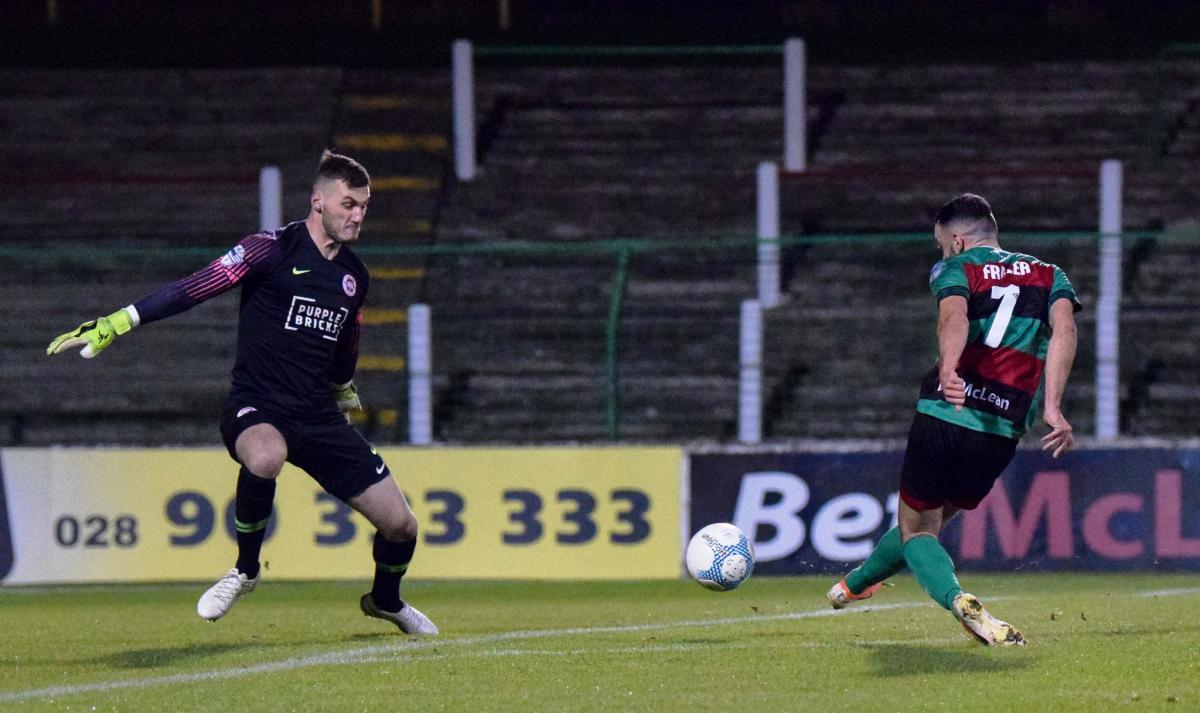 The Glens should have been level 3 minutes later. A Nasseri shot was deflected for a corner. Tom Byrne's set piece found Marcus Kane but although it was virtually a free header, the Glentoran skipper failed to hit the target. In first half stoppage time a wicked cross from #Kane was almost headed into his own net by Chris Ramsey, the ball going inches over the bar. 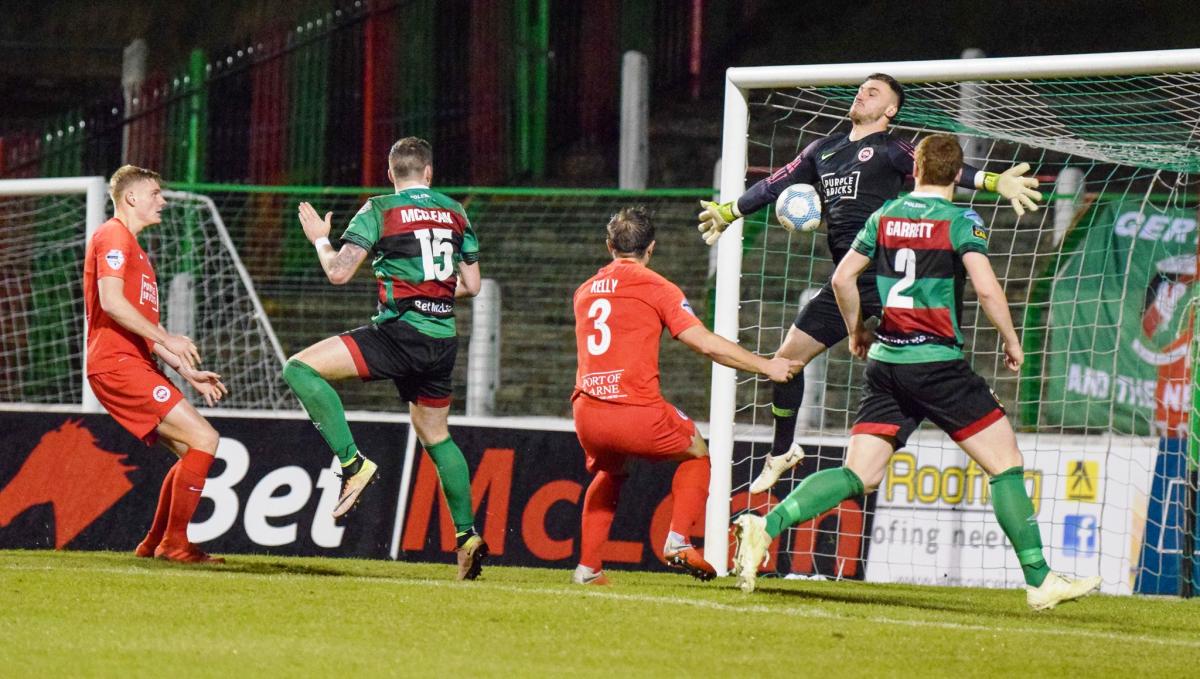 Whatever was said in the dressing room saw the home side quickly on the attack and Jonny Frazer forced a corner and then Patrick McClean headed straight at the keeper when well placed. Navid Nasseri then saw his 25 yard effort deflected over the bar. On 50 minutes the Glens drew level and it was the impressive Nasseri with the goal. Byrne and Herron combined before Byrne found Nasseri on the edge of the area. He drifted into the box and his low shot found the bottom corner of the net; his second goal in two games. 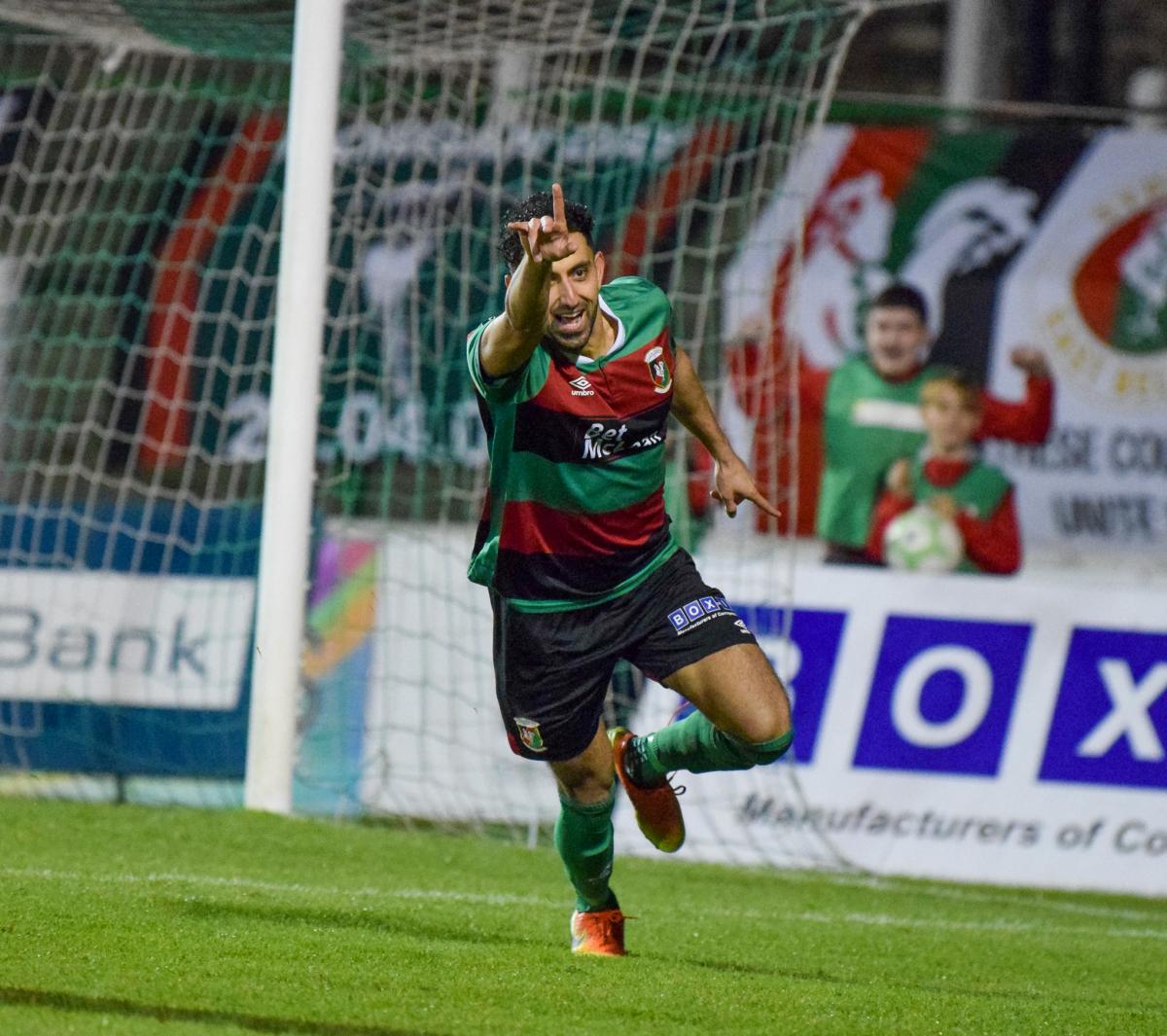 McKendry then fizzed a shot just wide of the post whilst at the other end Murray saw his close range shot blocked by a defender. On 59 minutes a fantastic run from Marcus Kane down the left saw him find Darren Murray who, in turn, set up a great chance for Jonny Frazer. Unfortunately the Glentoran number 7 fired over. On 65 minutes Elvio Van Overbeek came on to replace Thomas Byrne and 10 minutes later the Dutch U21 international gave the Glens the lead. He took a short corner to Nasseri and then picked up the return ball near the corner of the 18-yard box. He easily side stepped Martin Donnelly before firing a left foot drive past Mitchell. 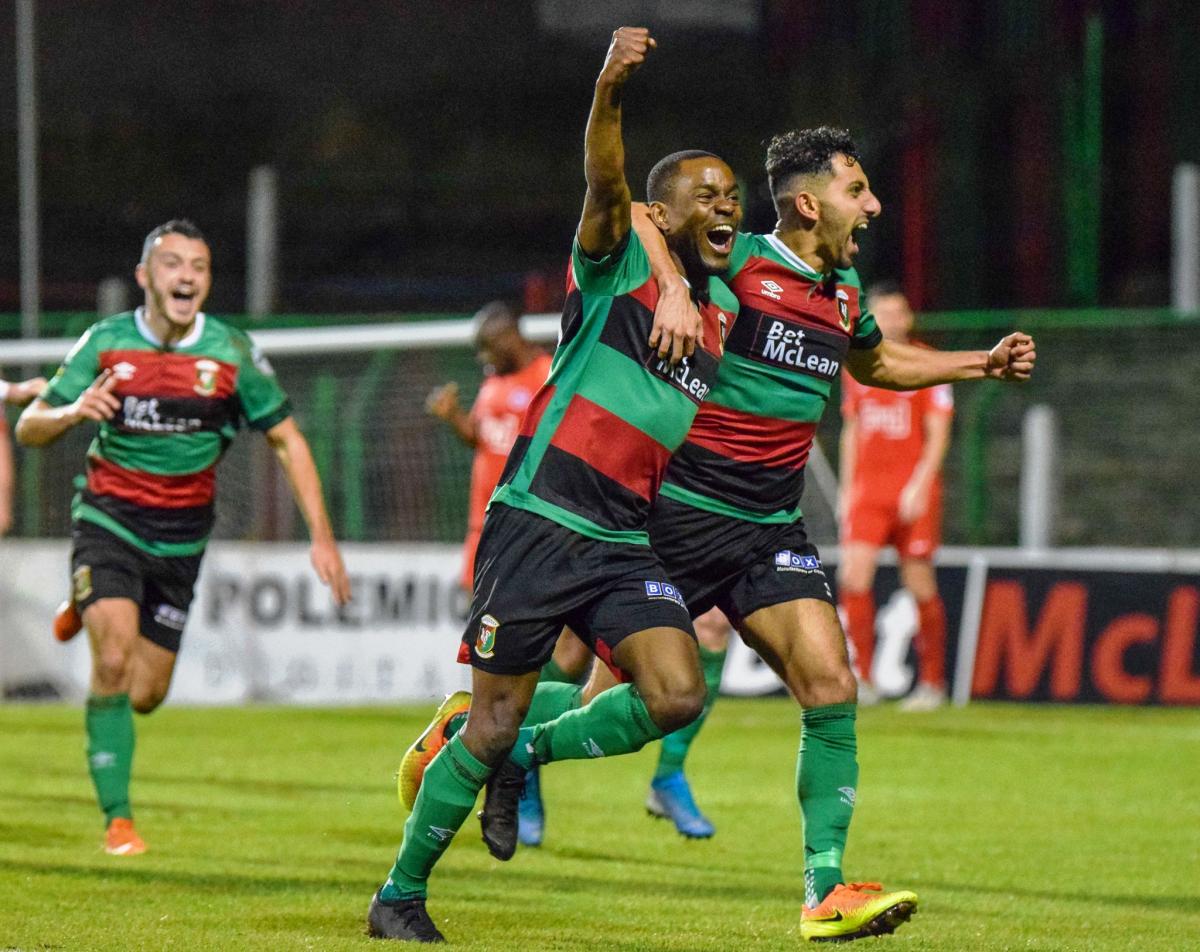 The lead lasted barely a minute though with Donnelly netting the equaliser. Nasseri should have cleared the ball on the edge of the area but lost possession to Randall. His effort was well blocked by Willie Garrett but the ball broke to Donnelly and he drilled it past Morris. Darren Murray brought a decent save out of Mitchell on 81 minutes and then 25 minutes from time a superb 25-yard left foot strike from Elvio Van Overbeek brought an equally fine save out of Mitchell. 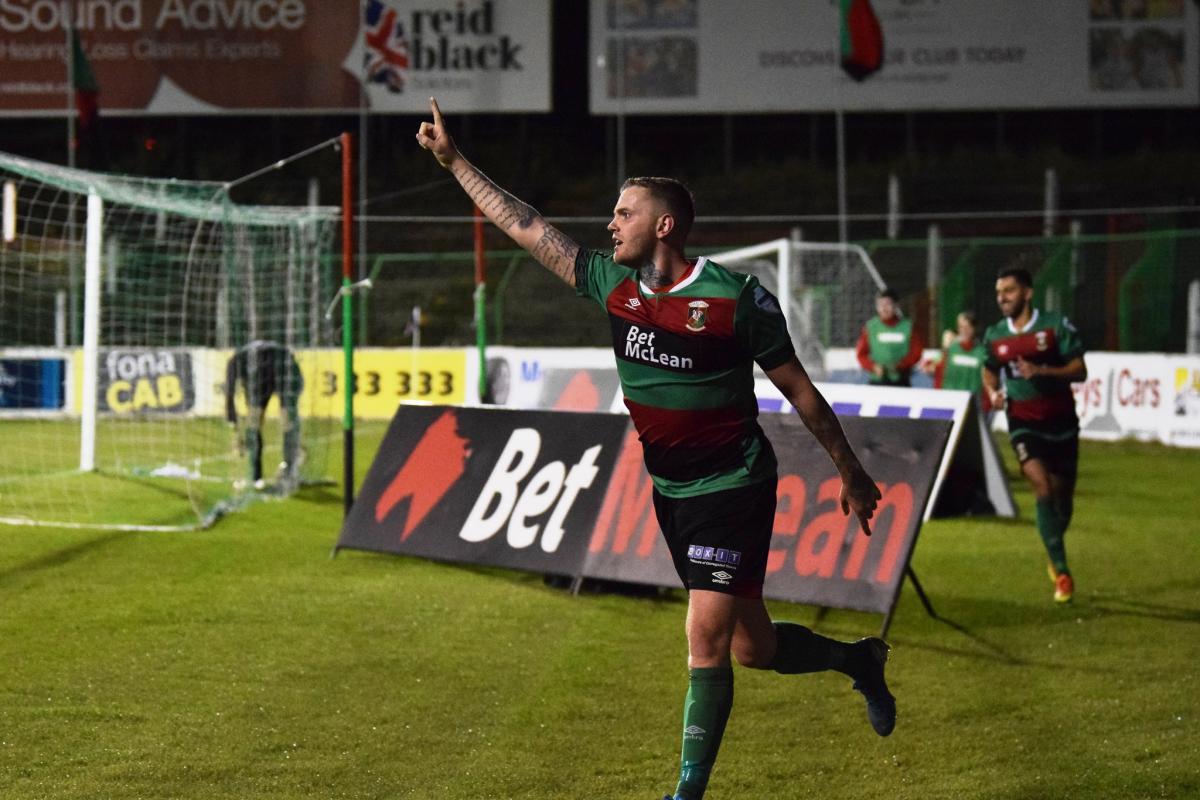 Larne had the first real chance in extra-time but veteran Elliott Morris did brilliantly to tip McKendry's shot over the bar. On 96 minutes the Glens went back in front. Morris threw the ball out to John Herron. The Scotsman drove forward, reaching the halfway line and then sending a sublime pass down the right to Van Overbeek. Elvio's low cross picked out Darren Murray perfectly and although there were 3 Larne defenders in the immediate vicinity, the big striker fired a low shot past the Larne keeper and into the back of the Sydenham End net. The final chance of the game fell to Glentoran substitute, Cameron Stewart. He wn a high ball in the air and then turned and drove towards goal. His shot from a tight angle was well saved by Mitchell. 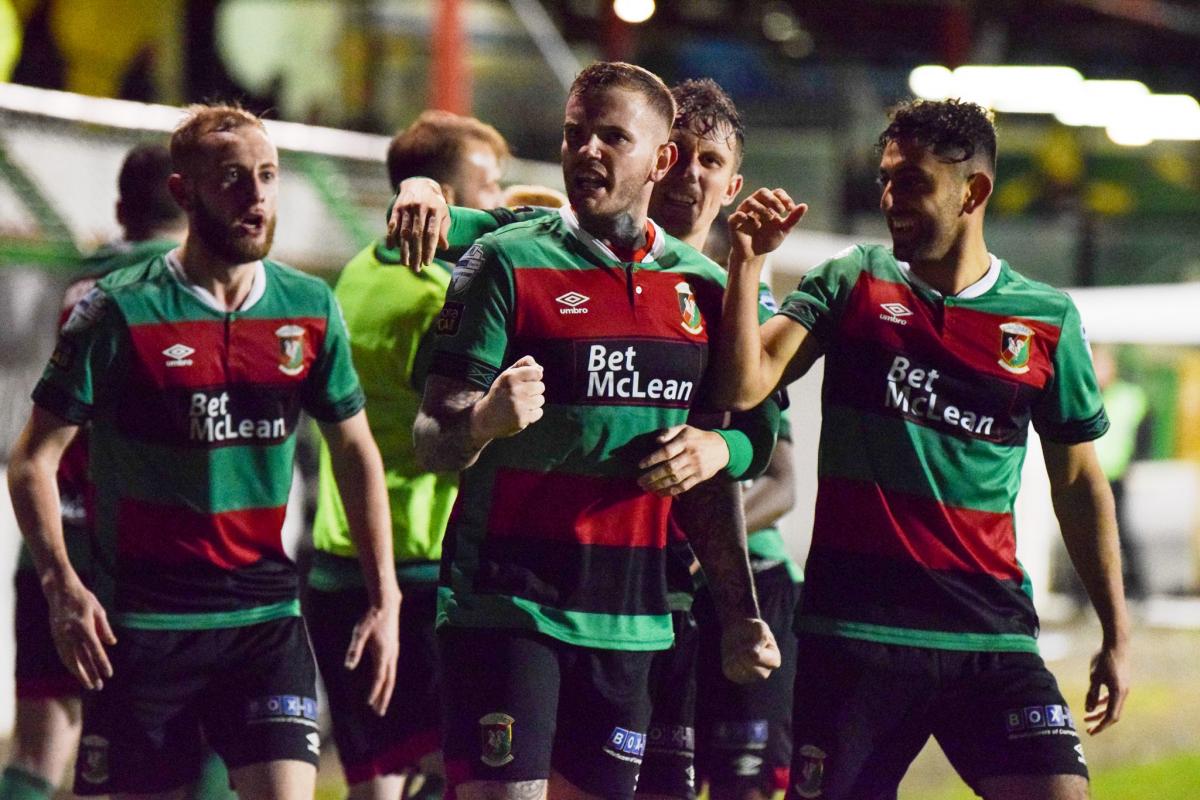 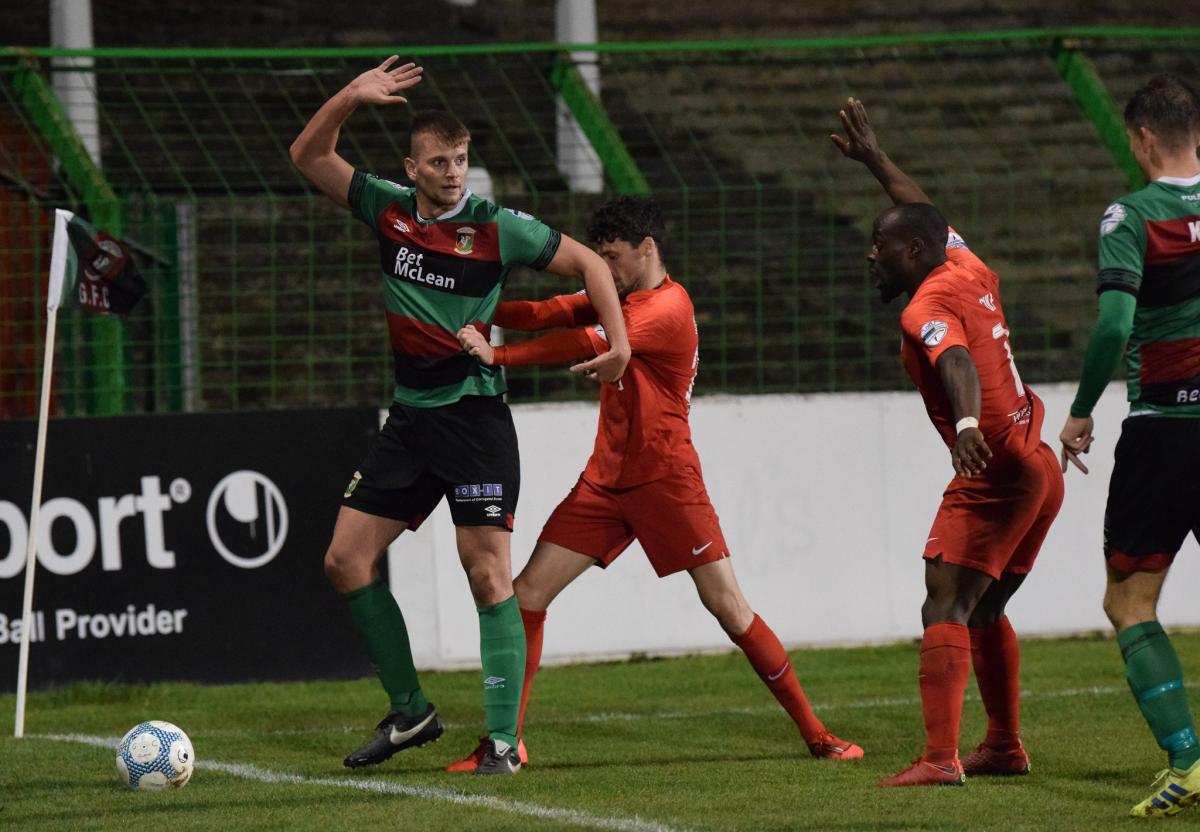