Exciting football, good goals and controversial refereeing decisions, it was just your normal Danske Bank Premiership game at the Oval! 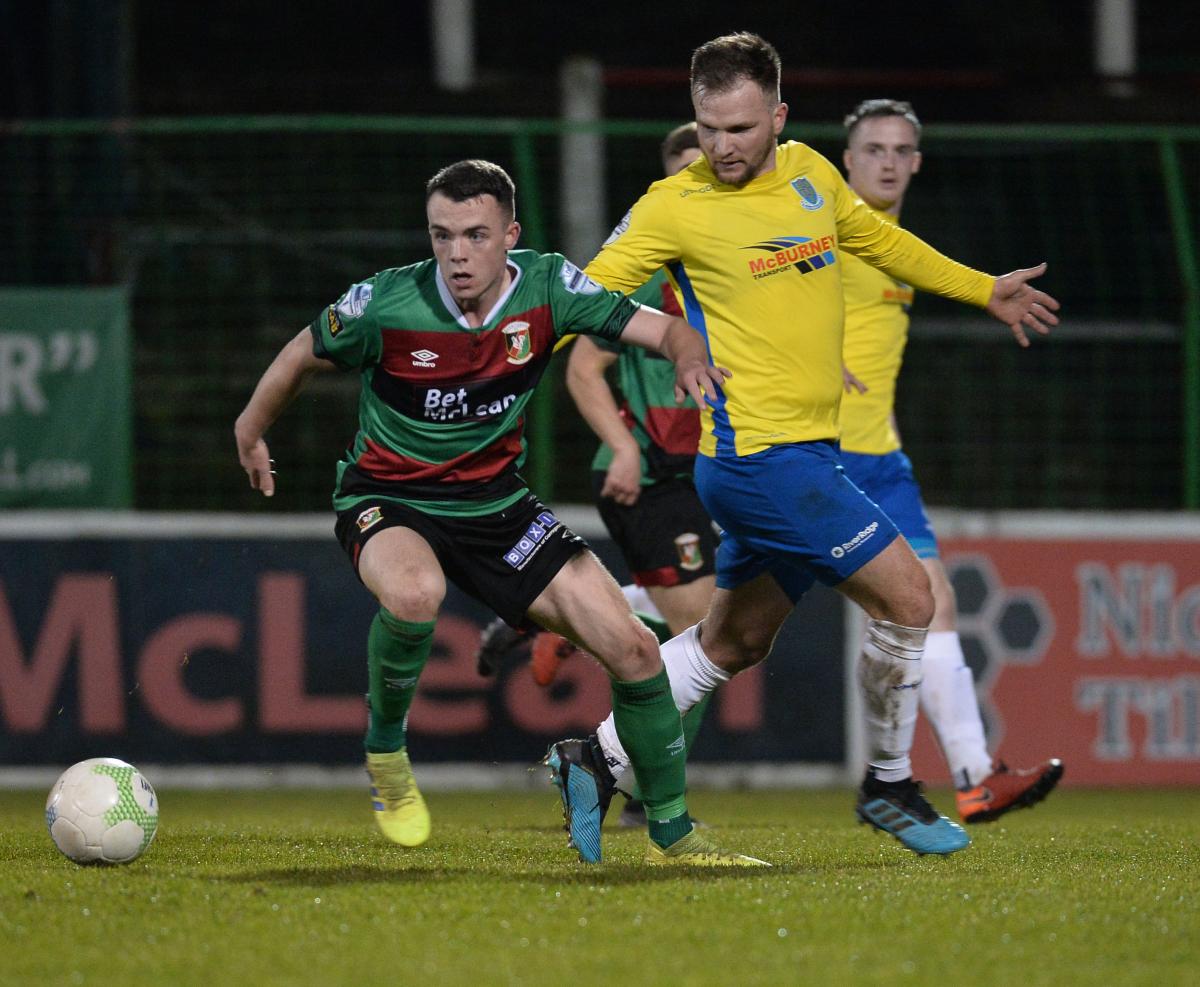 Mick McDermott made just one change to the XI that started against Larne a week ago, Joe Crowe coming into the midfield with Navid Nasseri dropping to the bench. Glentoran started the game well and dominated the majority of the first half. With just 8 minutes on the clock Connor Pepper and Elvio Van Overbeek linked well on the right. Pepper put a dangerous cross into the penalty area and Paul O'Neill came close to connecting with it with a spectacular overhead kick attempt. 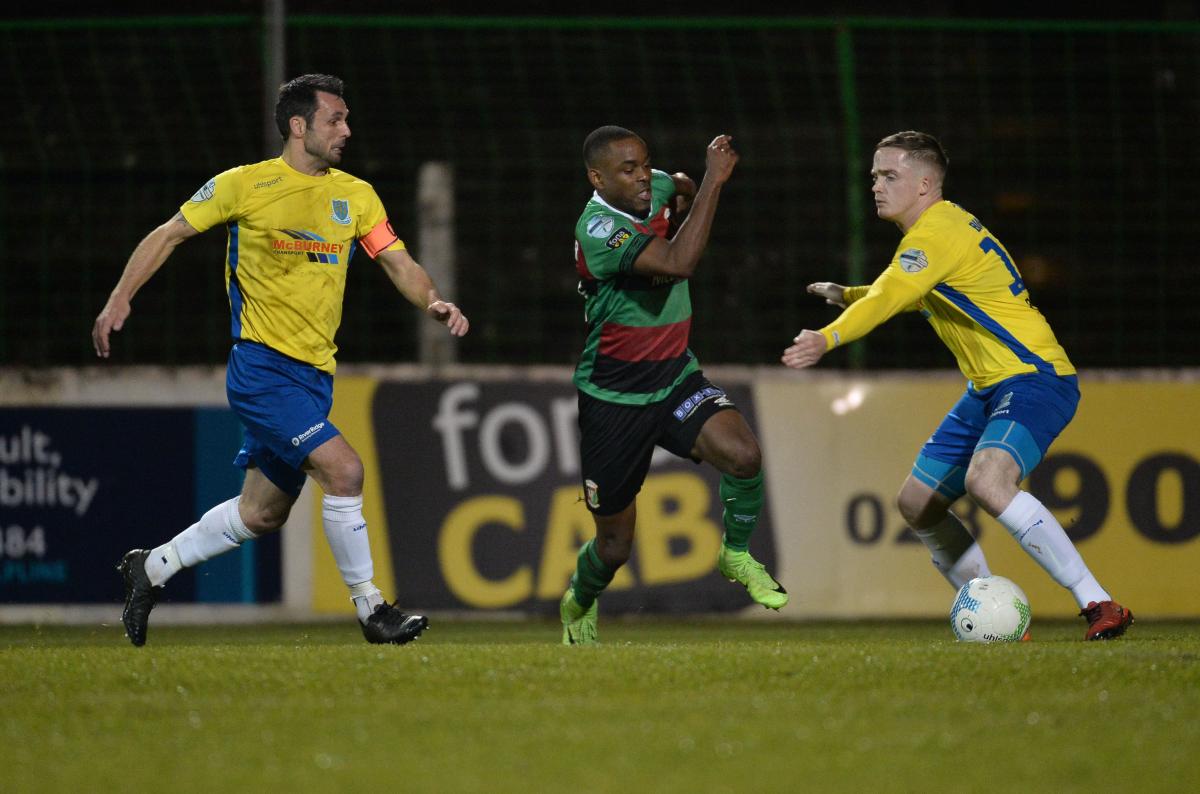 On 19 minutes Elvio Van Overbeek went on a fantastic run, skipping past several Ballymena defenders before being clearly pulled back in the box. Penalty? No, as apparently none of the four officials on duty saw it! A goal at that stage would have been just reward for the home side and set us up nicely in the game but, not for the first time this season, we were left dumbfounded by the referee's decision; Van Overbeek's skill and endeavour not getting the reward it deserved. 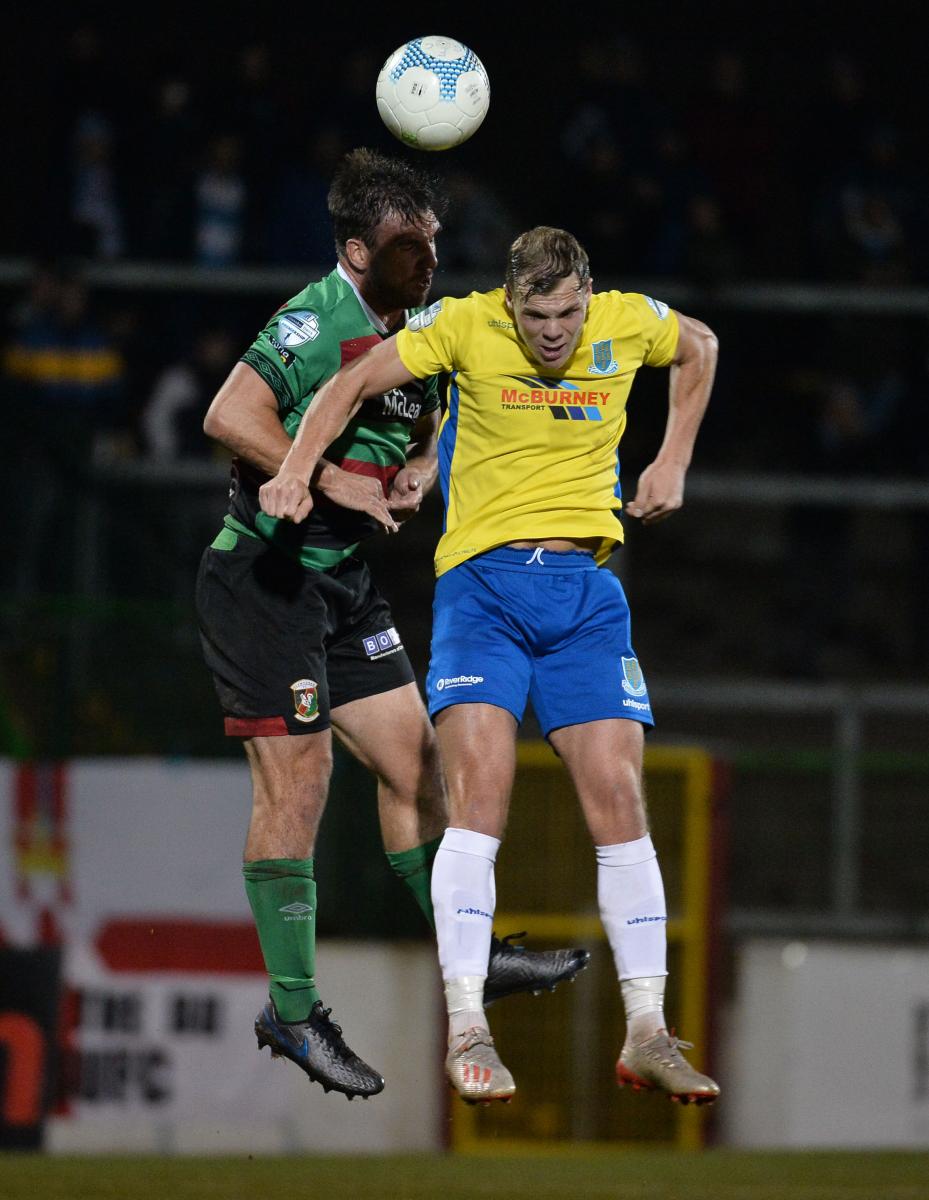 Robbie McDaid and Chris Gallagher both fired efforts wide of the target whilst the energetic Van Overbeek tested Glendinning with a stinging shot on 32 minutes which the keeper did well to hold on to. Paul O'Neill had the next chance but unfortunately shot straight at Glendinning. 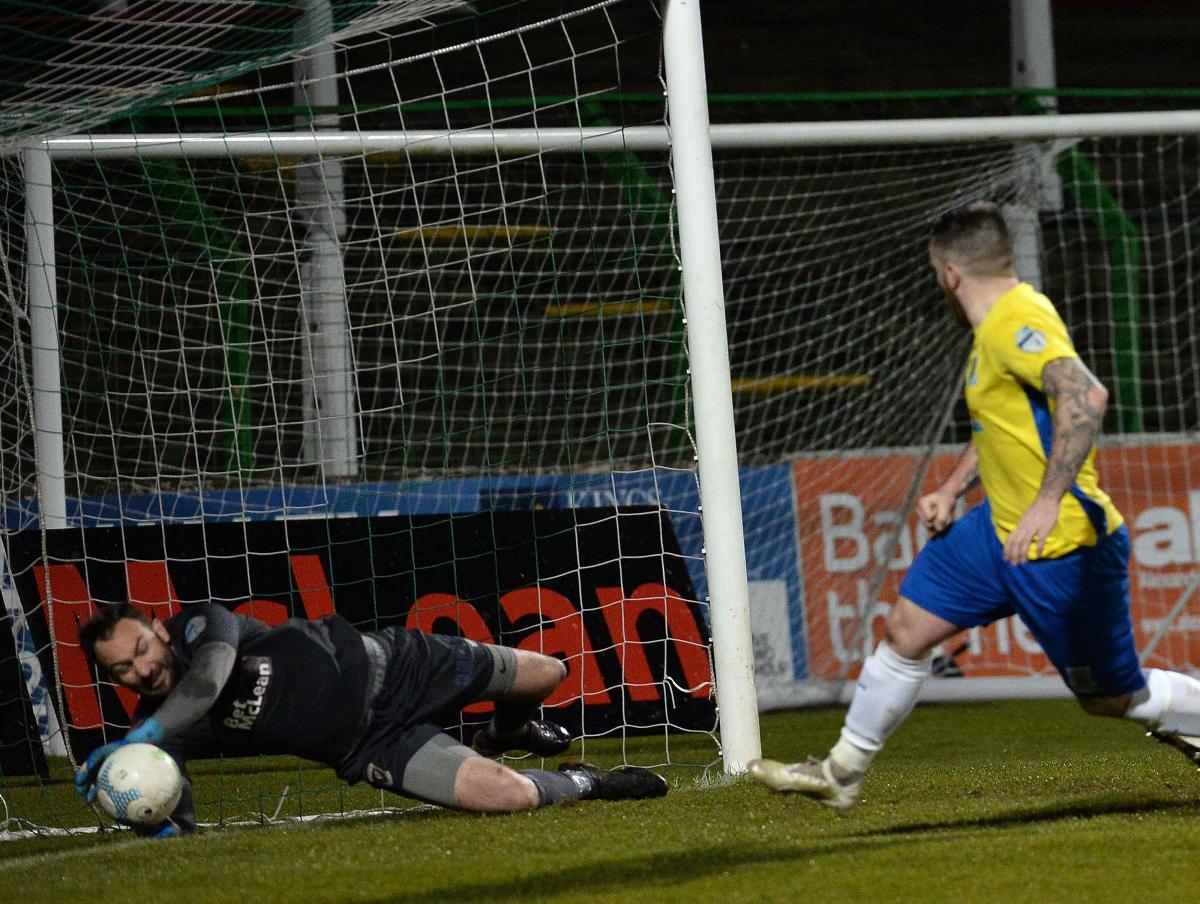 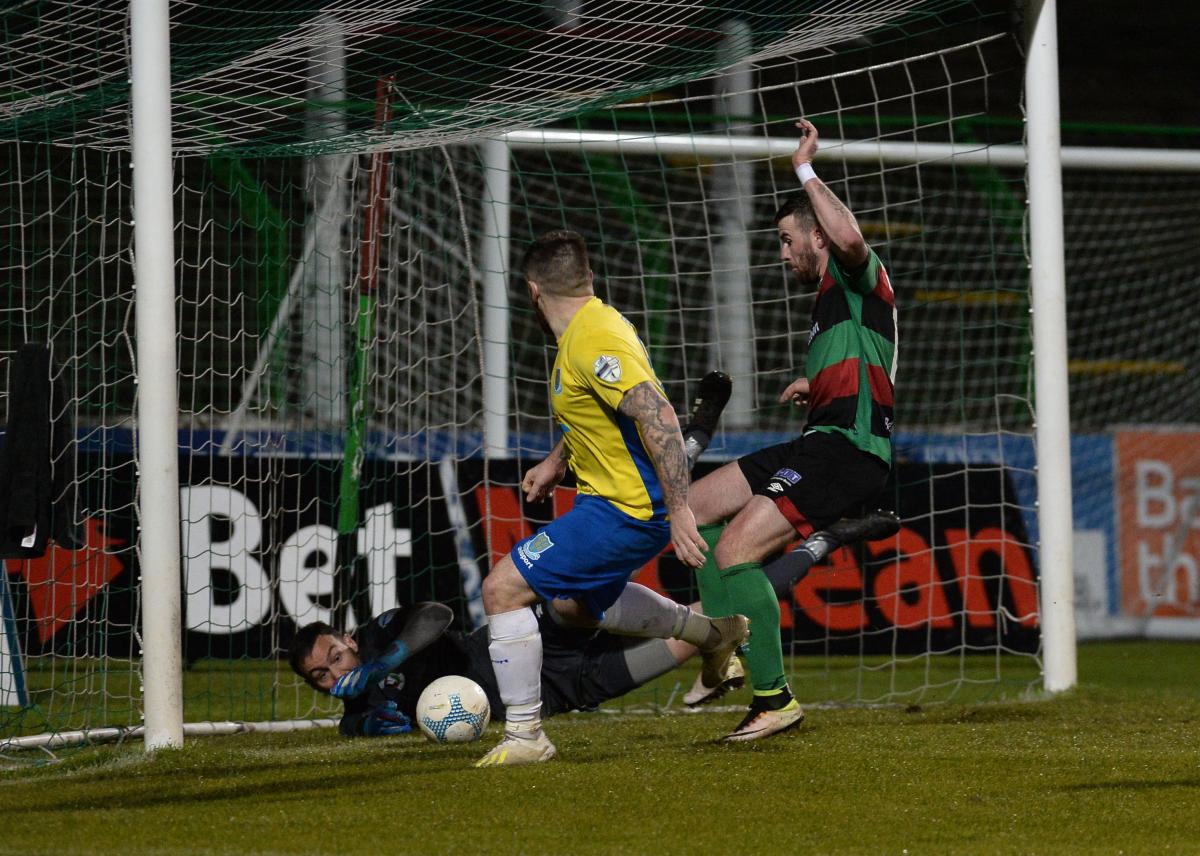 As half-time approached Ballymena United began to have a little spell of pressure with Marijan Antolovic making a fine save from Winchester. As the 2 added minutes of stoppage time expired United ventured forward again and Winchester went down under a challenge from Pepper. Referee Timothy Marshall was quick to point to the spot and Cathair Friel stepped up to take the penalty. 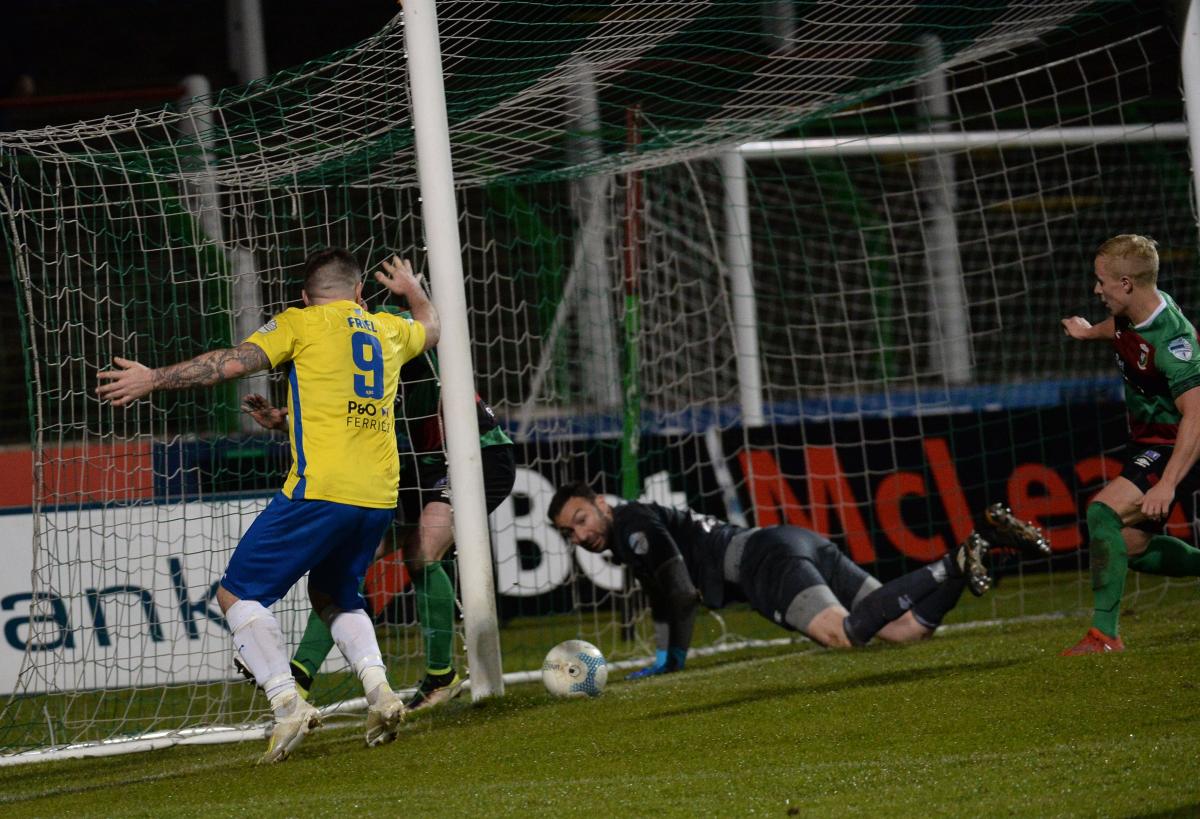 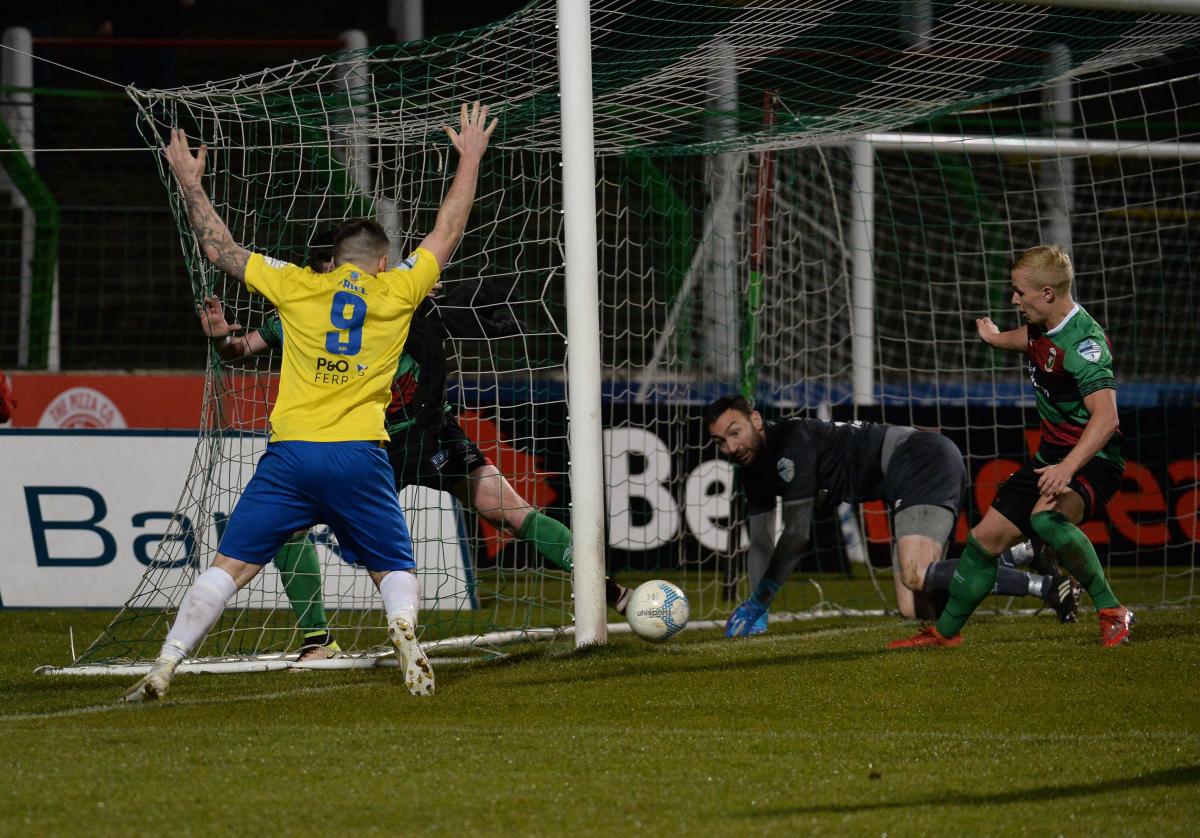 Friel's kick was saved by Antolovic but the ball broke back to Friel. The big Croatian stopper made a second great save and the ball eventually came of the post and was cleared. Linesman, Adam Jeffrey signalled that the ball had crossed the line though and his namesake headed to the Oval dressing rooms the happier of the two managers. 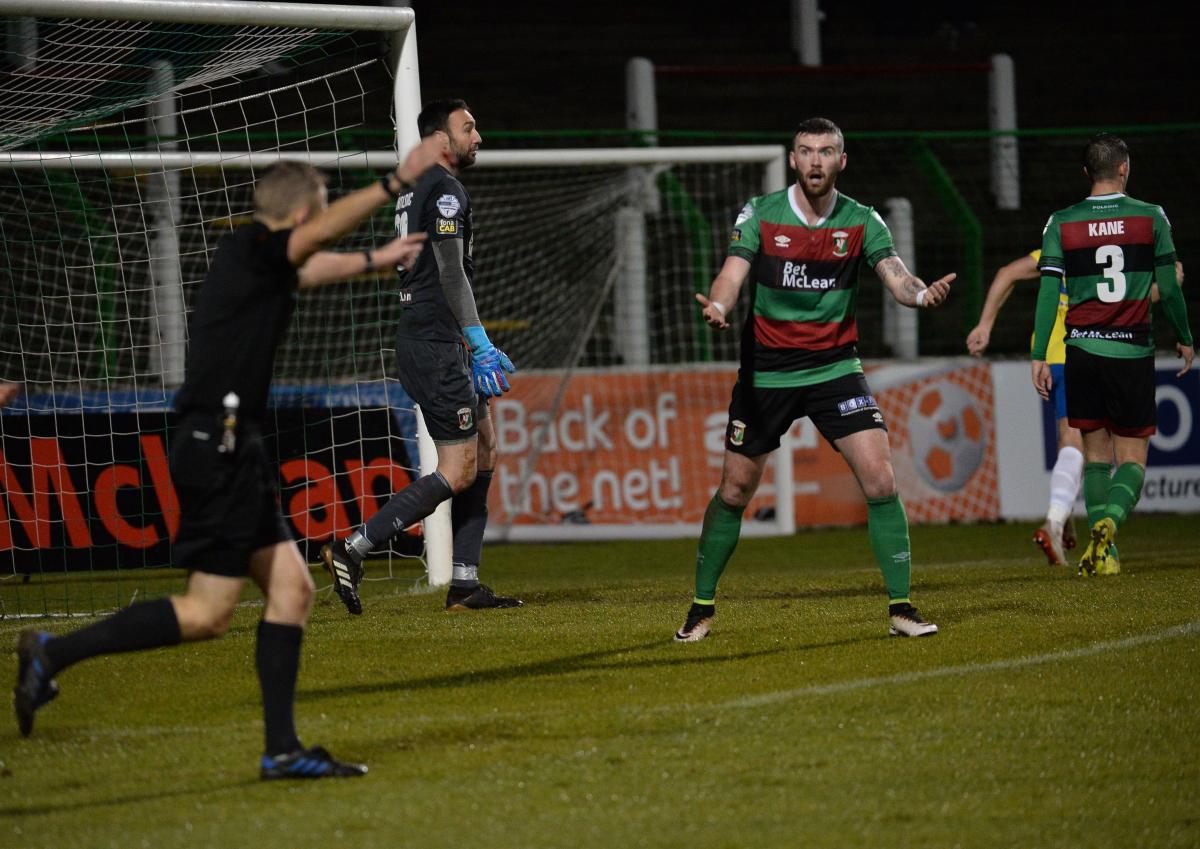 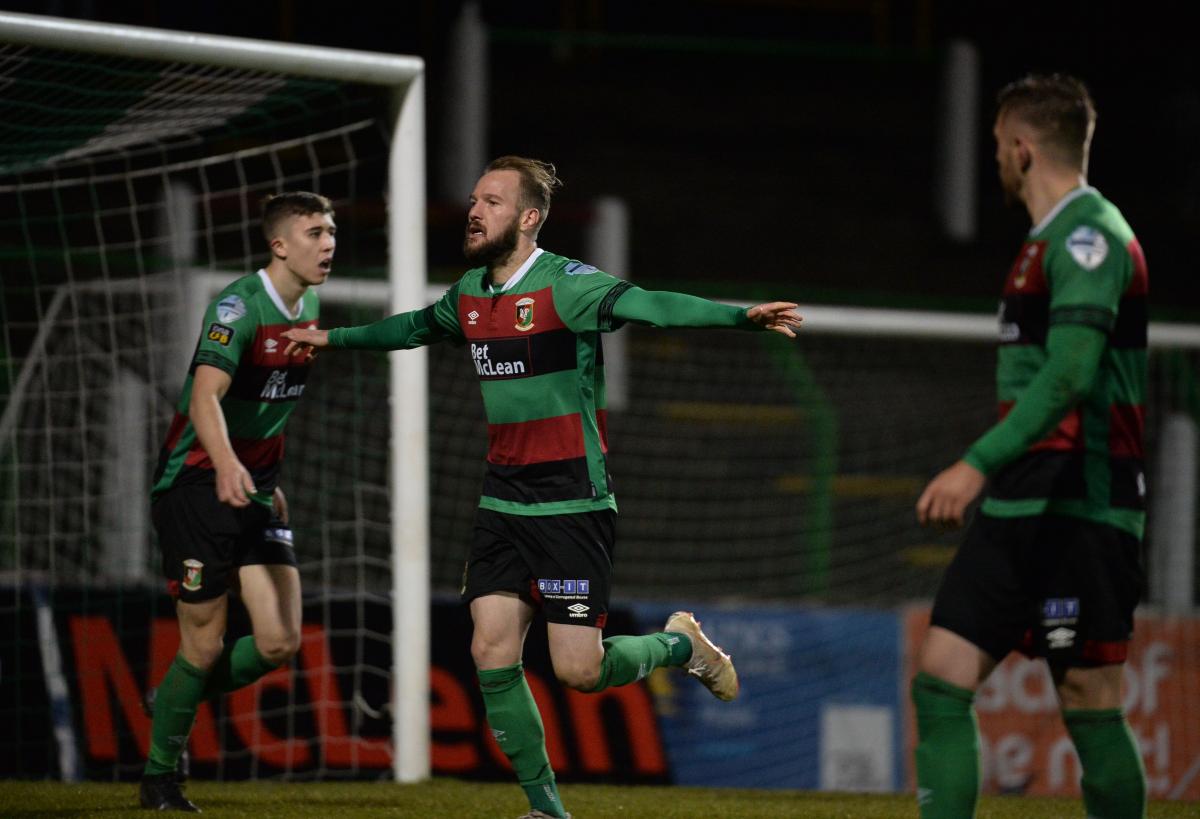 A half-time team talk and a real sense of injustice amongst the Glentoran players saw the home side up their performance after the break and deservedly draw level on 51 minutes. An excellent through ball from Hrvoje Plum set Robbie McDaid away. McDaid drove towards the left corner of the 18-yard box before cutting inside and clipping the ball over the Ballymena defence to the feet of Plum. Plum then drove the ball across the keeper and into the far corner of the net to make it 1-1. 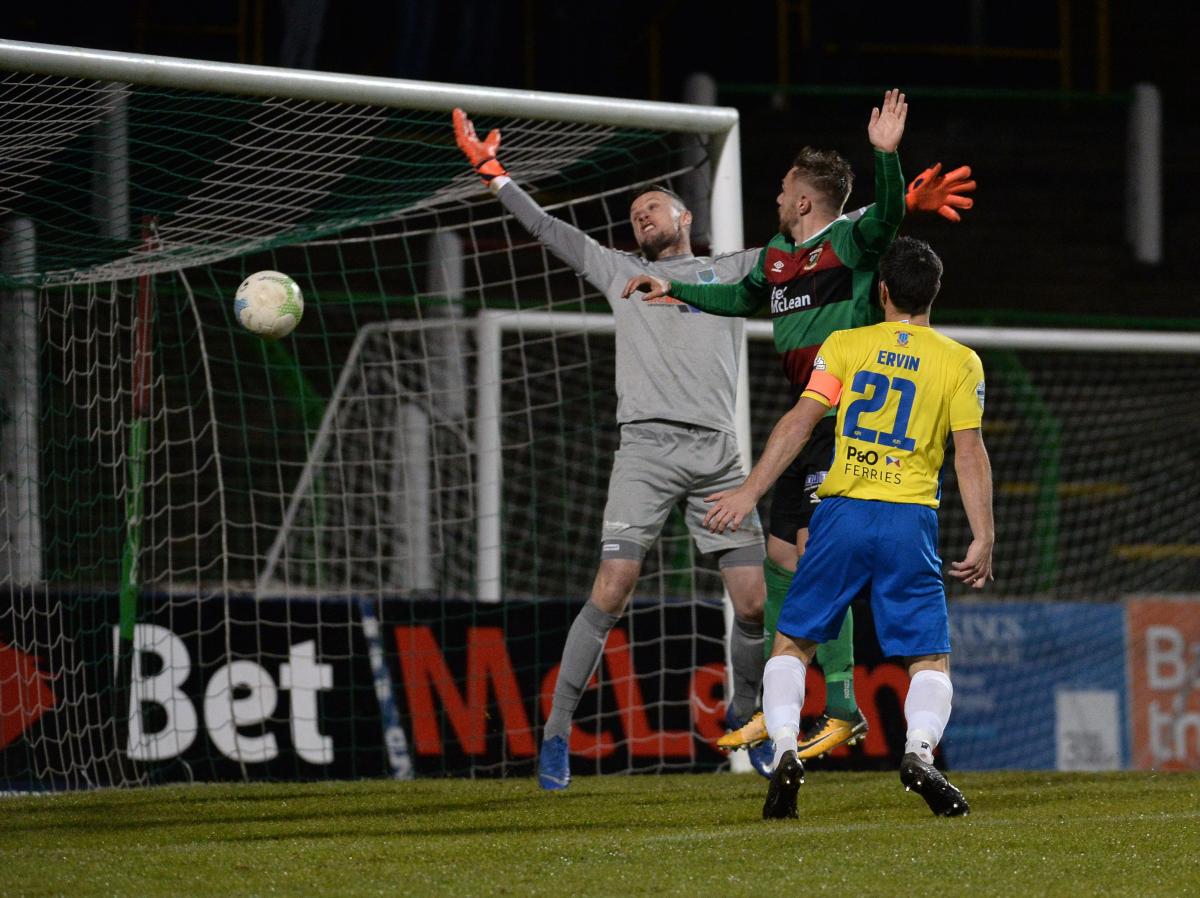 Hrvoje Plum sent another 25-yard effort just wide before the Glens went in front on 57 minutes. Substitute Navid Nasseri went down the left and crossed the ball into the box. United skipper, Jim Ervin made a complete hash of his attempted clearance and the ball sat up nicely for the in-rushing Robbie McDaid who nodded it past Glendinning. 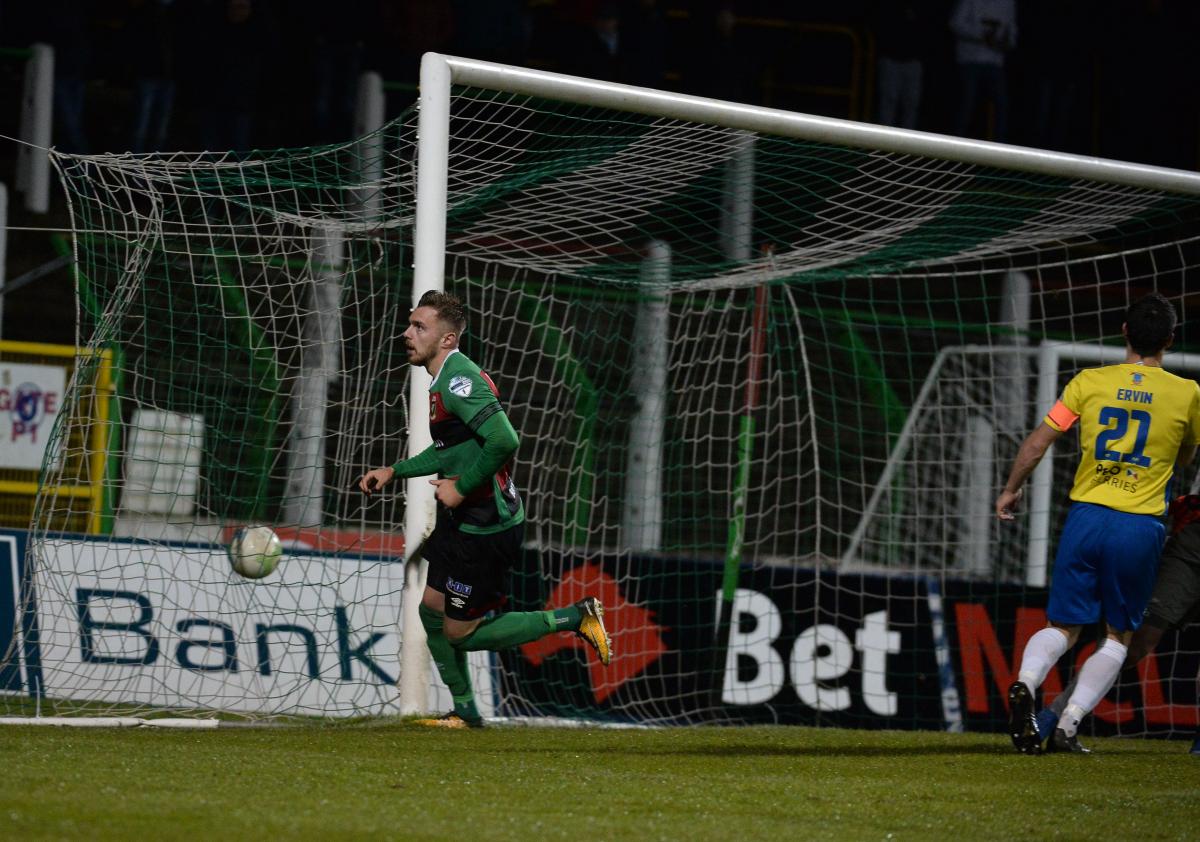 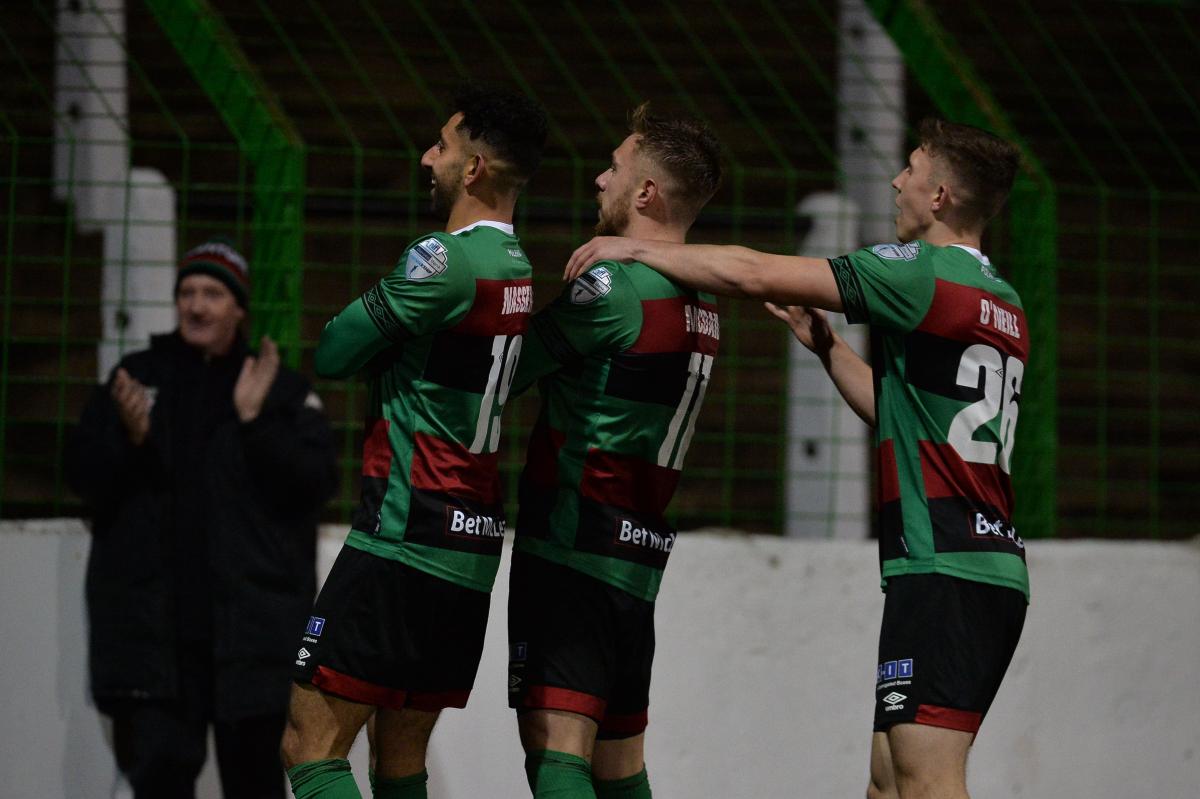 A couple of minutes later it should have been 3-1. Van Overbeek latched on to another error from Ervin and raced clear. Ross Glendinning kept his first effort out and when the ball broke to Van Overbeek again he saw his second effort deflected for a corner. Just after the hour mark an audacious effort from Plum hit the post with Glendinning stranded. It was a fantastic effort and had it gone in it would have been the best of all his spectacular goals this campaign. 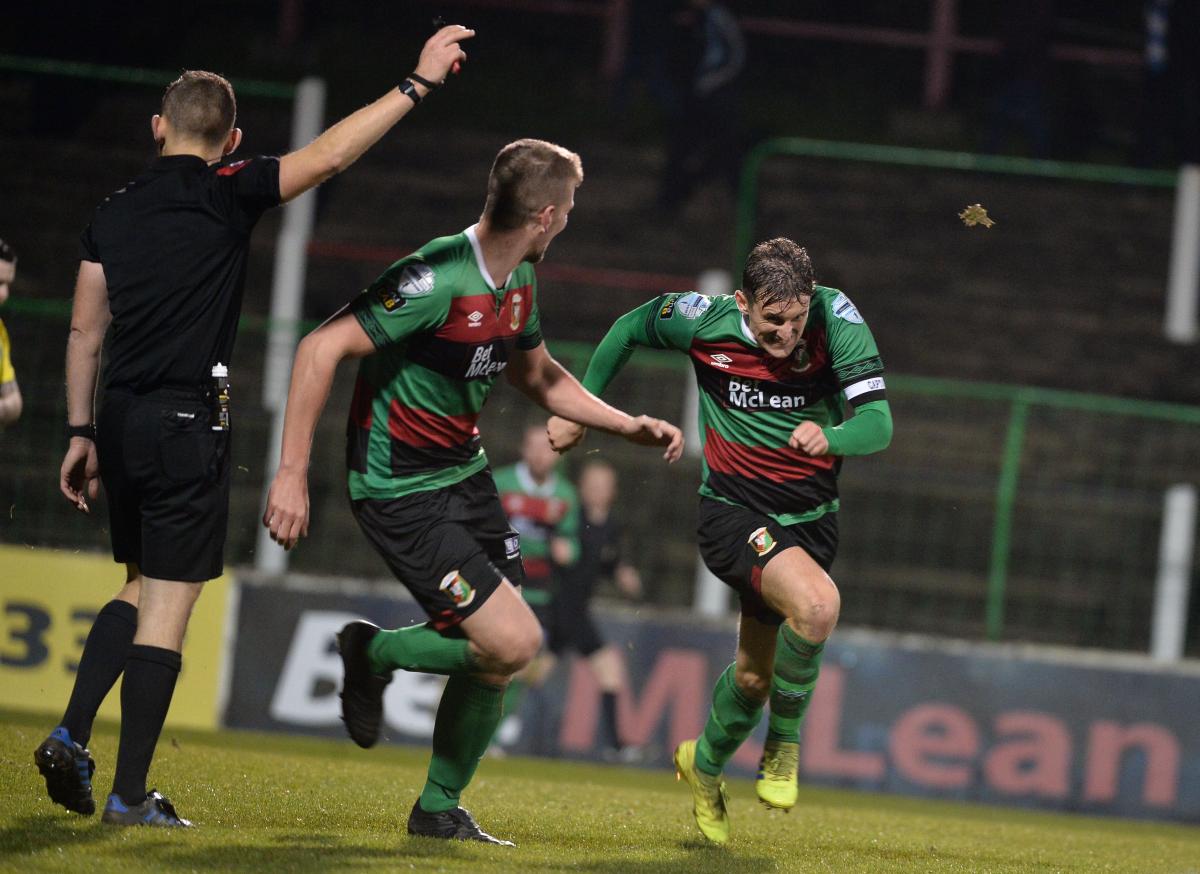 If we thought that attempt was spectacular his volley on 82 minutes was even more so! The Croatian midfielder couldn't have caught it any better and Ross Glendinning made an excellent save, tipping the ball over for a corner. Ballymena may have kept that chance out but from the corner, taken by Plum, skipper Marcus Kane rose highest and headed the ball home to make it 3-1 and virtually end the contest. 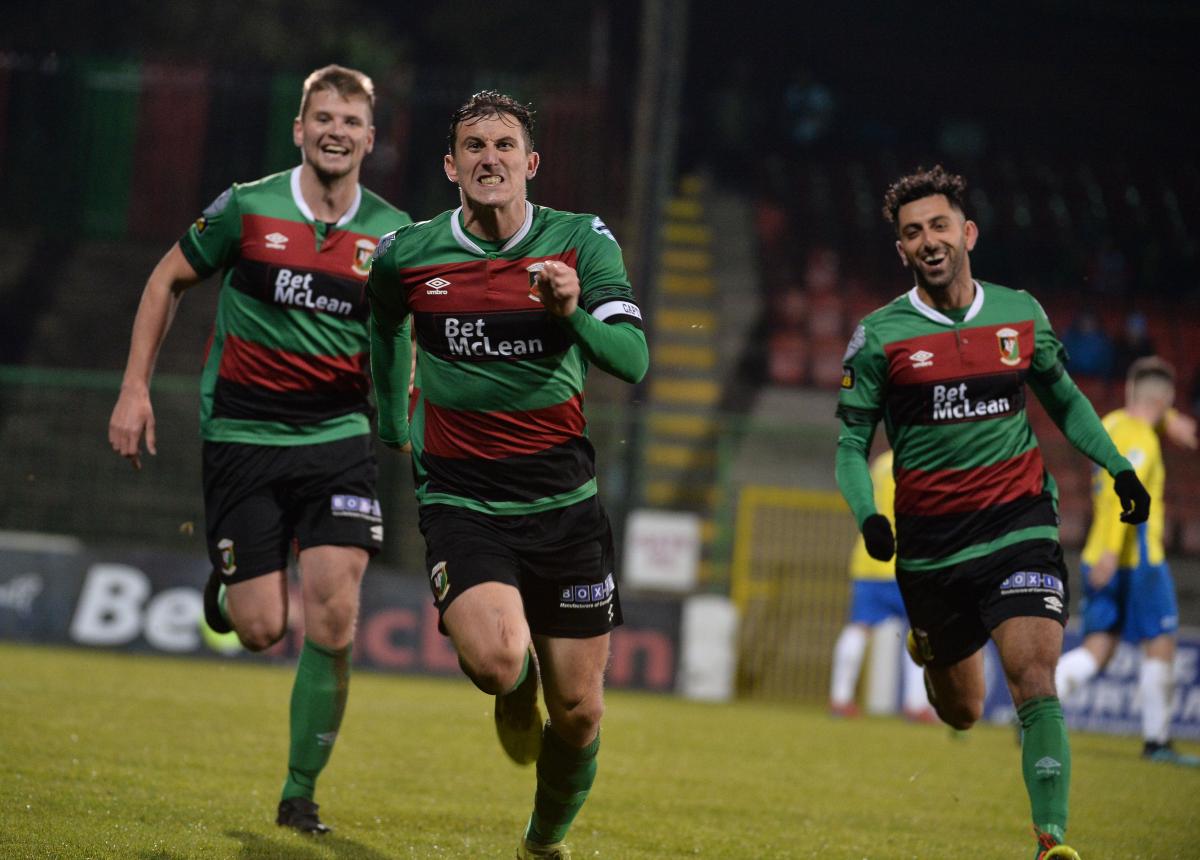 In the closing minutes Nasseri, McDaid and Stewart all had chances but Ballymena United kept the goal tally down to 3. Glentoran however were delighted to claim the 3 points and consolidate their position in the Danske Bank Premiership. Next up is a trip to Warrenpoint Town next Saturday. 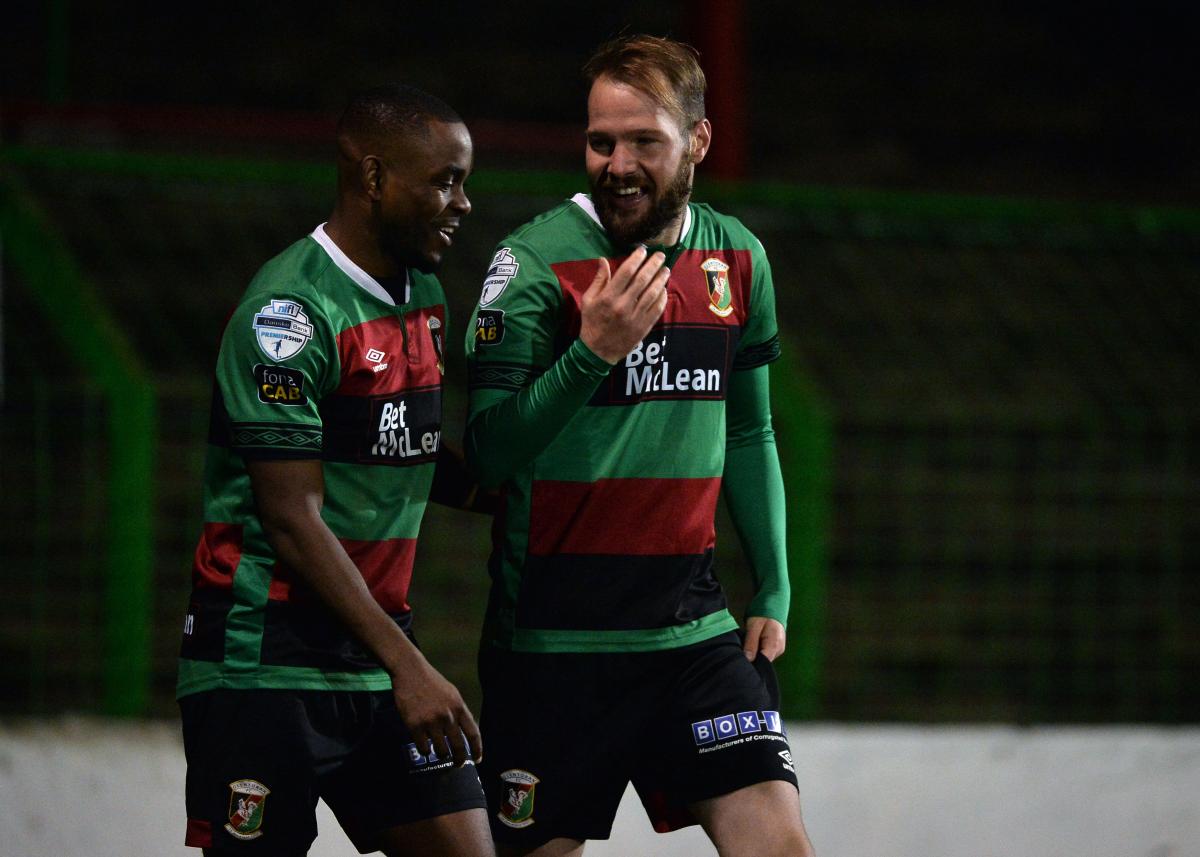 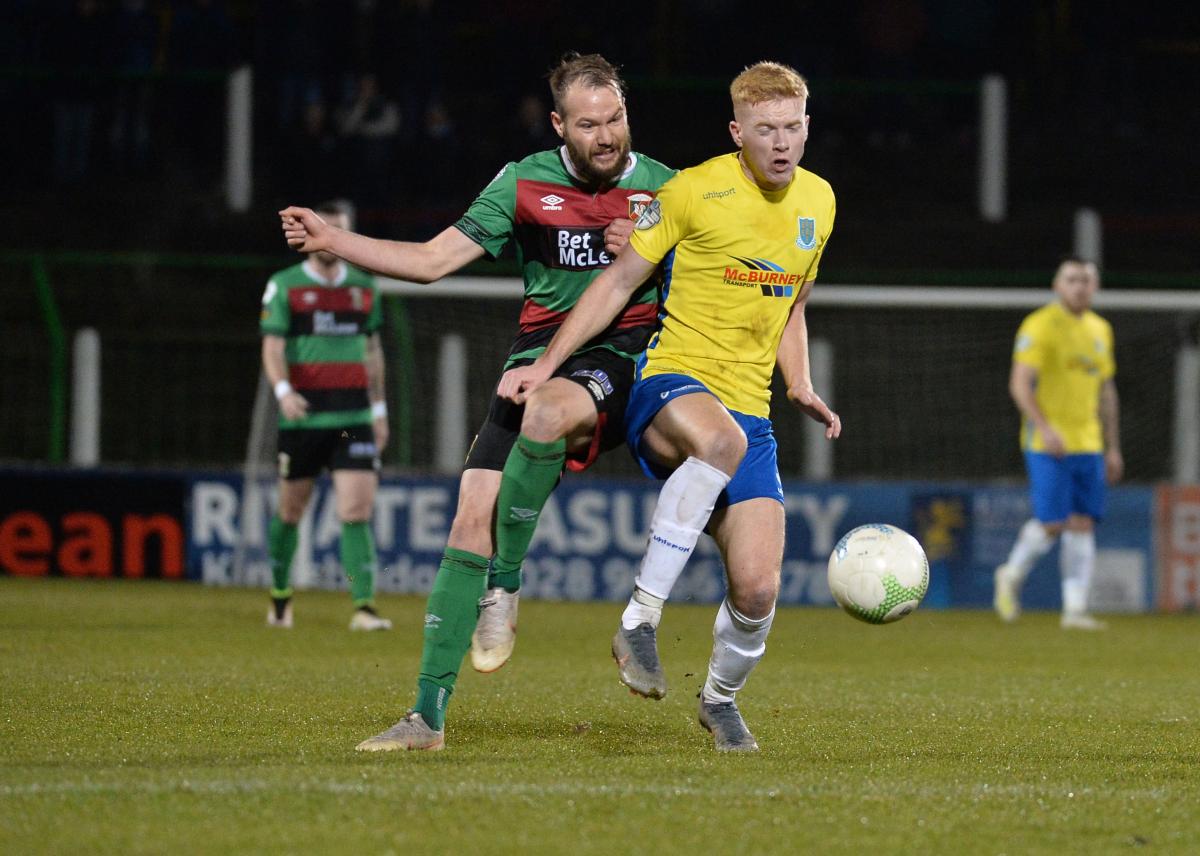