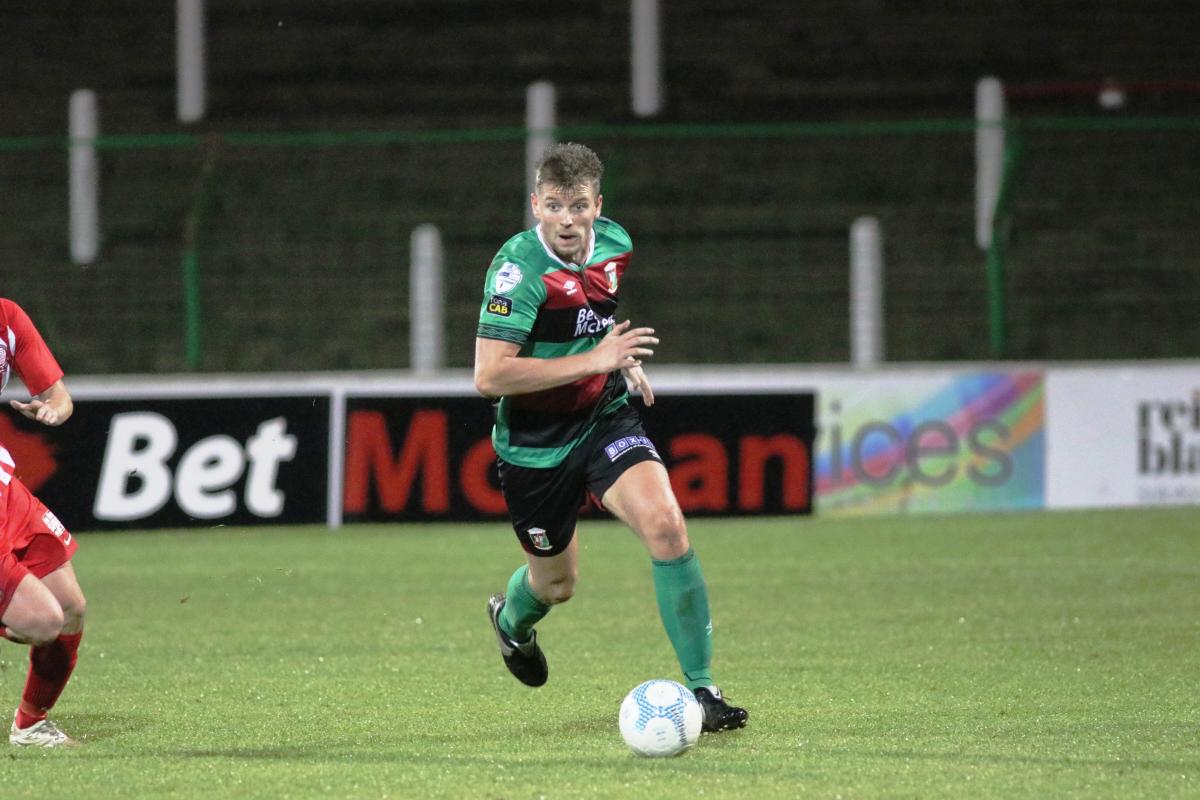 There was a first team debut for Lewis McGarvey at right back, a first start in the centre of defence for Cameron Stewart and the return of Salou Jallow. Young players, Mal Smith and James McCarthy were also in the starting XI.

Just as in the previous meeting a couple of weeks ago the Glens hit the front early. A Frazer corner was headed just wide by McCarthy but within 30 seconds the home side had regained possession and when the ball came to Darren Murray he calmly lifted it over Ben McCauley in the Comrades goal. 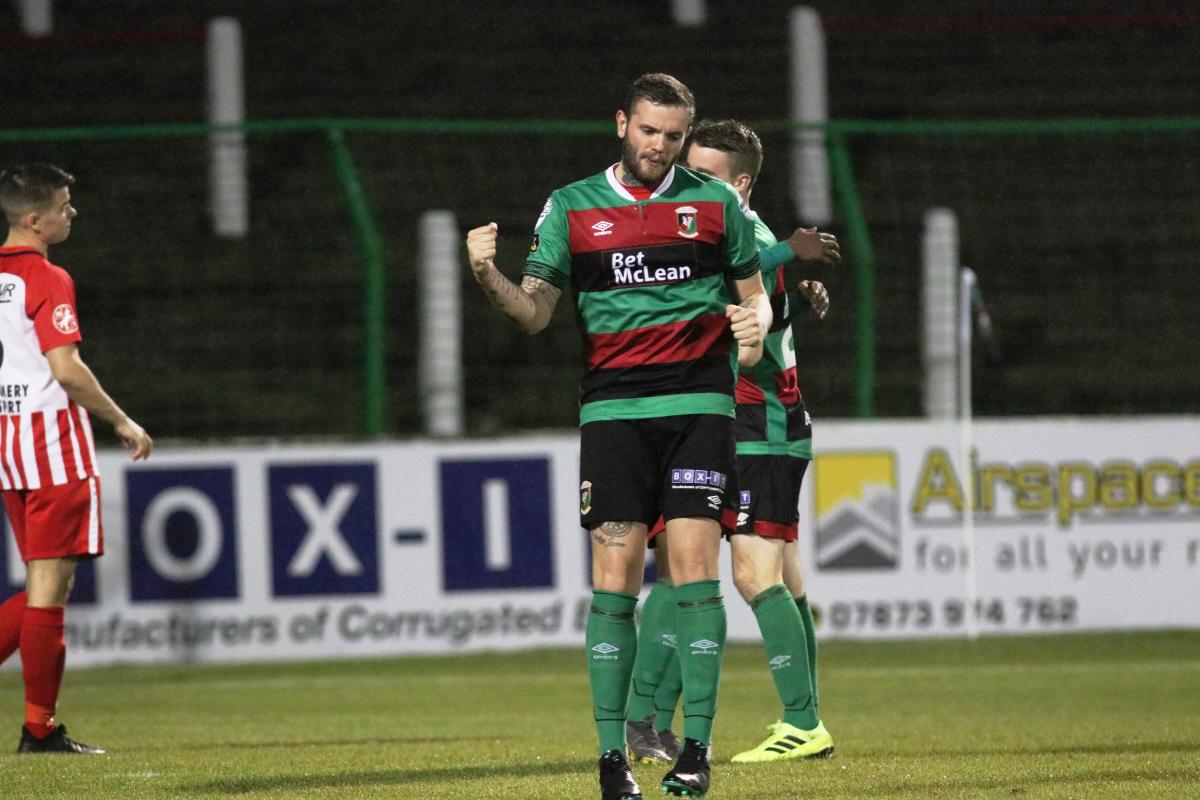 Midway through the first half it was 2-0. A cross from Murray found Mal Smith. His header hit the Ballyclare keeper in the face and rebounded to the feet of the young Glens midfielder and Smith slotted it into the corner of the net. It was Academy graduate's first senior goal for Glentoran. 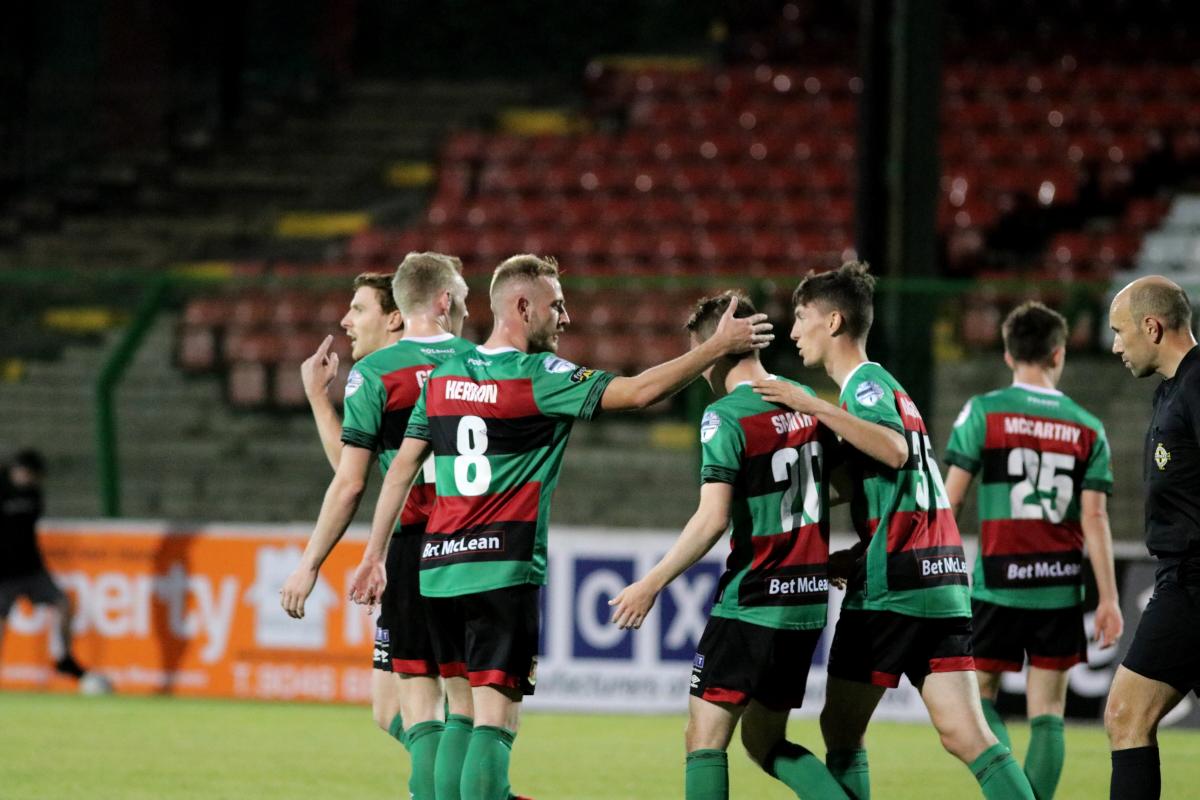 On 31 minutes the visitors almost got a goal back when Francis Nolan's clipped shot cleared Elliott Morris but came back off the crossbar. Ballyclare Comrades had one more opportunity on the stroke of half-time when a cross from the left was met by Thomas Robinson; his header flashing just wide of the far post. 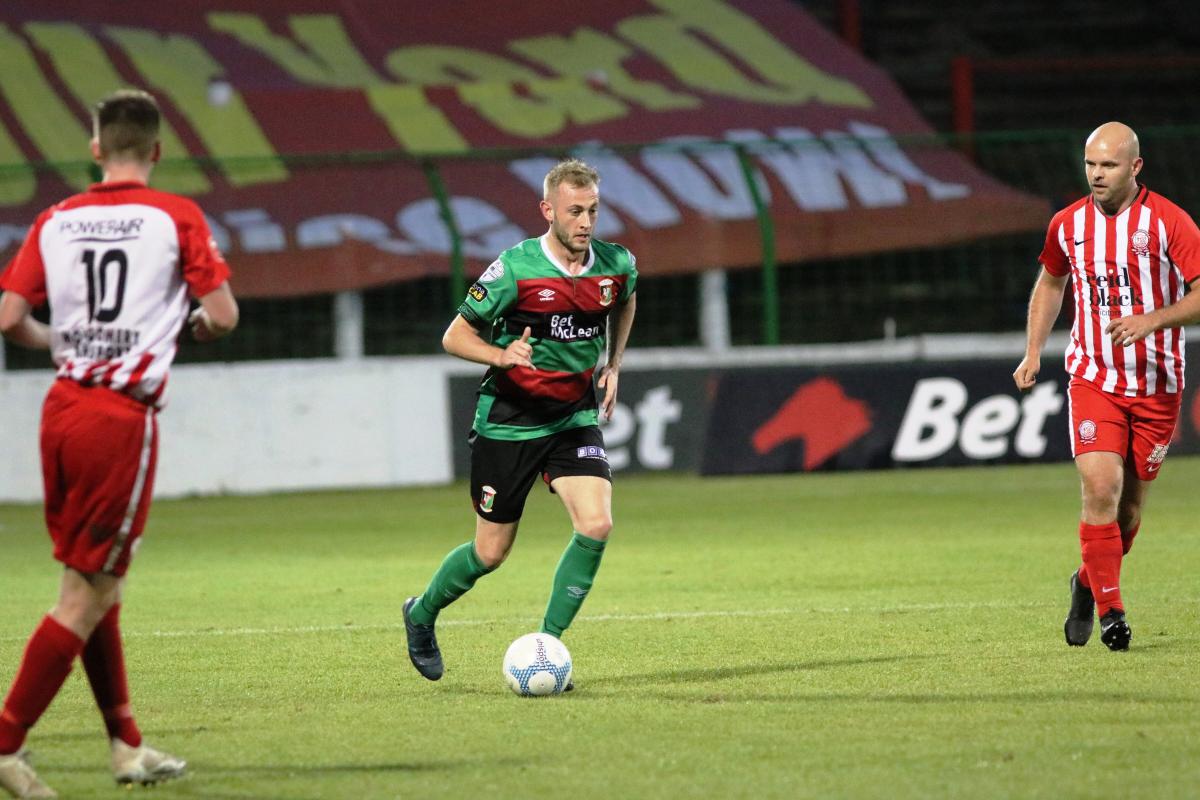 Less than a minute after the break the tie was as good as over when the Glens netted a third. Superb play by Frazer saw him out run the Comrades defence, get to the by-line and then cut the ball back to Salou Jallow. Jallow slammed the ball past McCauley finishing off a great move. Robinson tested Morris with a shot from an acute angle but the veteran Glentoran stopper produced a fine save. 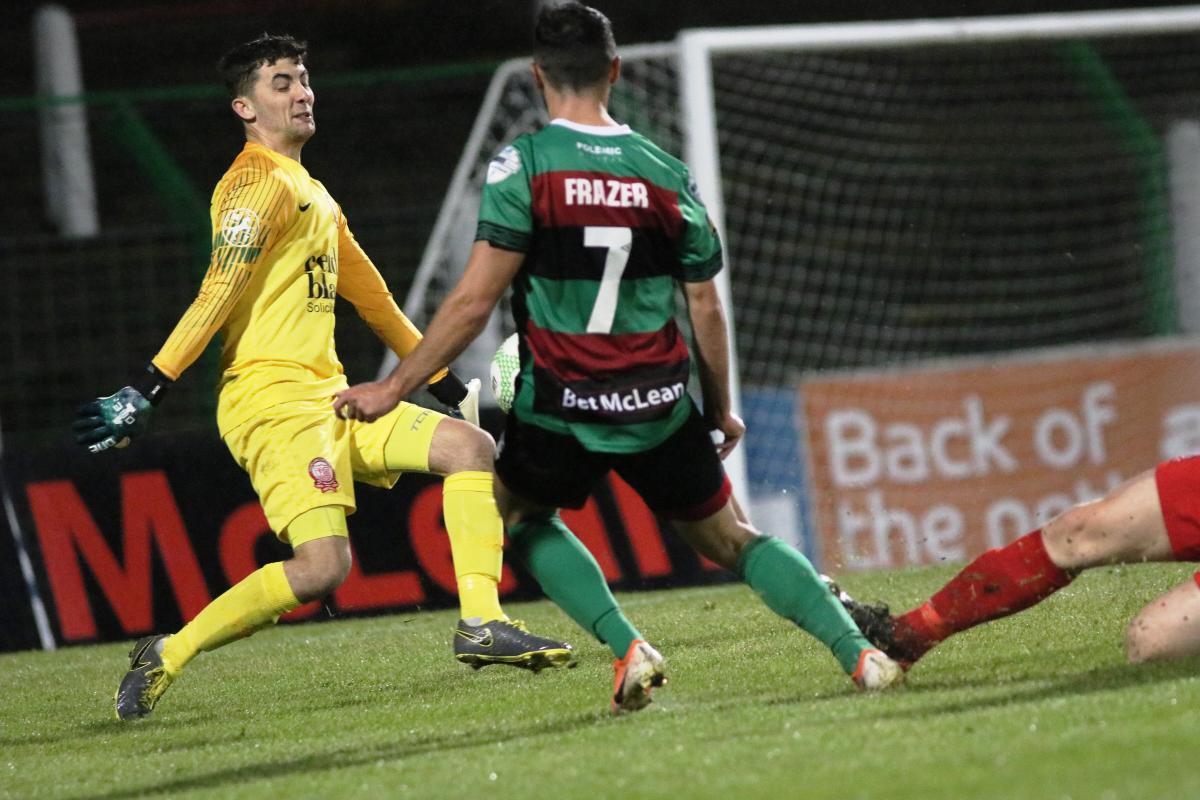 Just before the hour mark neat play involving Smith and Jallow created a chance for Frazer and he was unlucky with a chipped effort. Frazer had another chance when put clear by an excellent through ball from Darren Murray but the Comrades keeper was quickly out and made a decent stop. With 20 minutes remaining the visitors pulled a goal back. A hesitant Glentoran defence waited for an offside flag against former player Lukasz Adamczyk but Ciaran Dobbin ran on to the ball and slotted it past Morris. 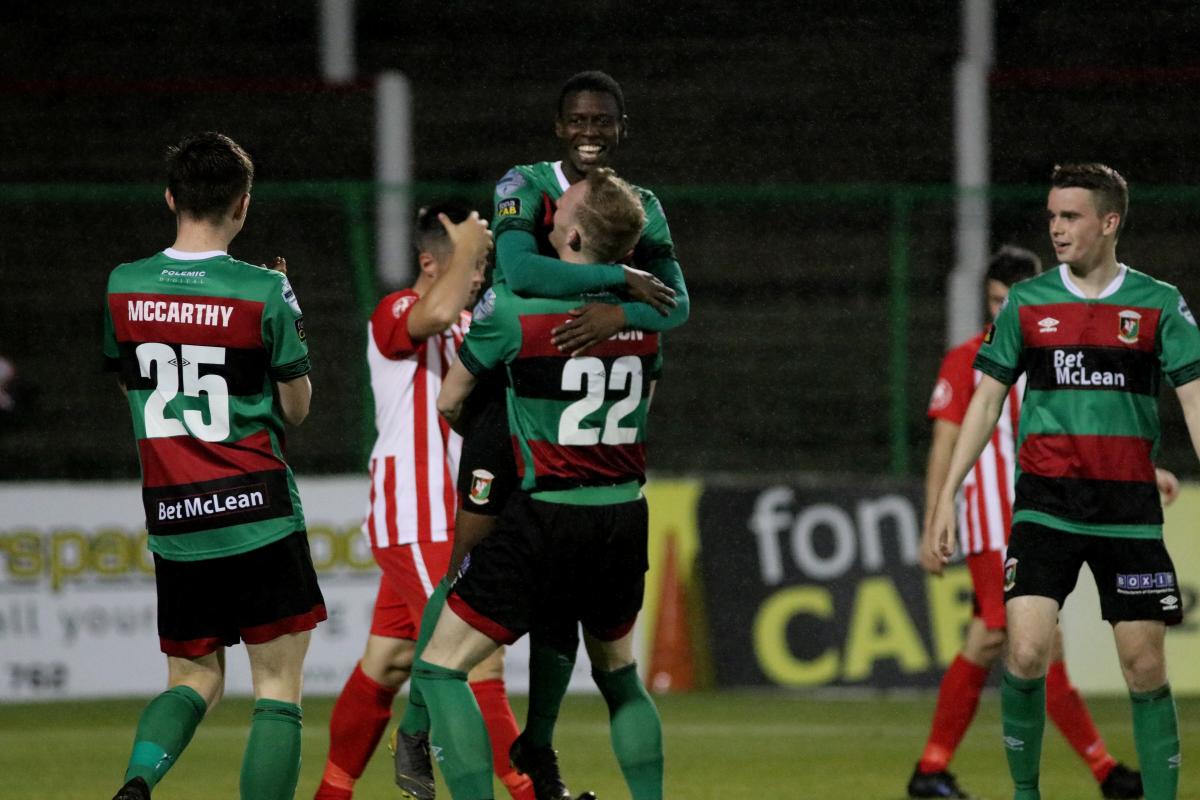 One of tonight's Glentoran substitutes, Charlie Lindsay who replaced Willie Garrett, became the youngest ever player to play for the first team. Charlie was born on 17th March 2004, some 3 years after Elliott Morris made his debut! In the closing stages both substitute Antonio Duric and Darren Murray went close to extending the lead but both were denied by Ben McCauley. 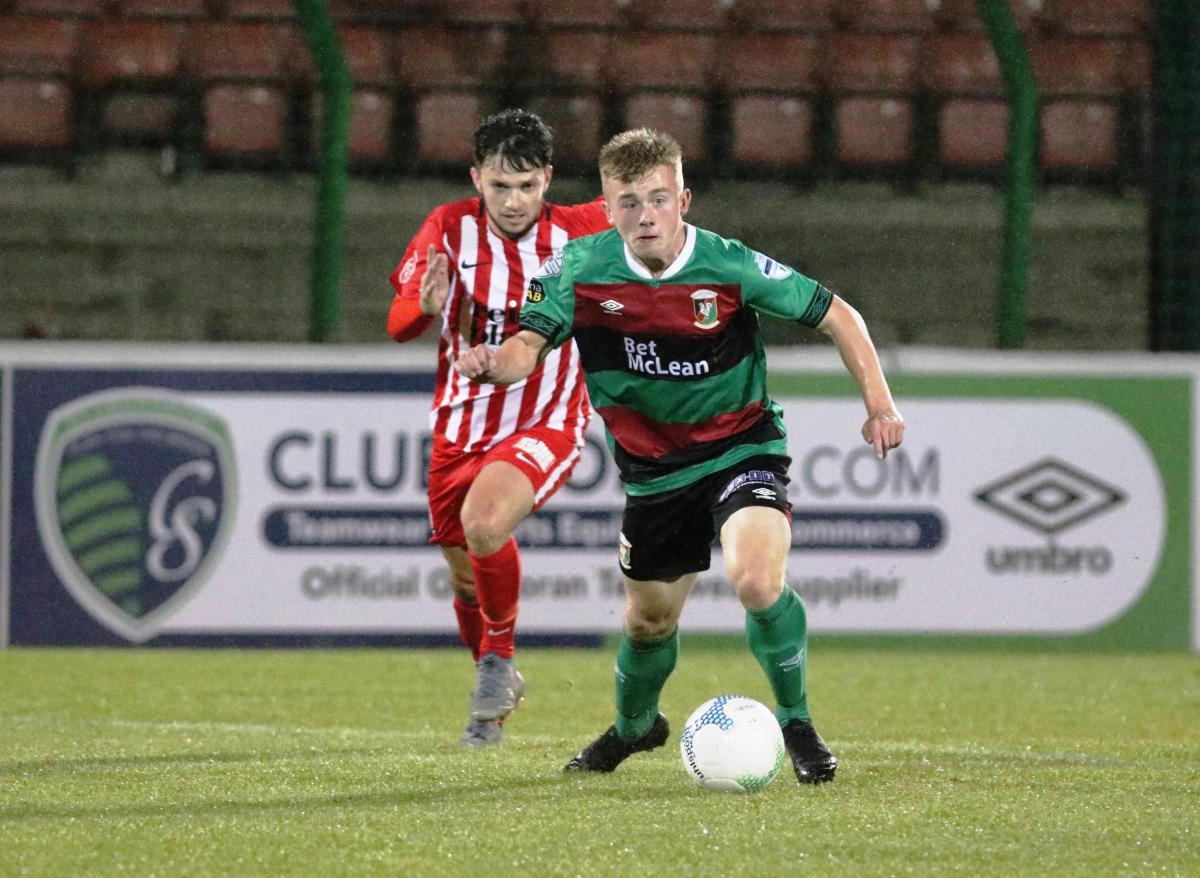 The win puts Glentoran into the second round of the Toals Co. Antrim Shield and we have another home tie, Larne visiting the Oval in mid-October. 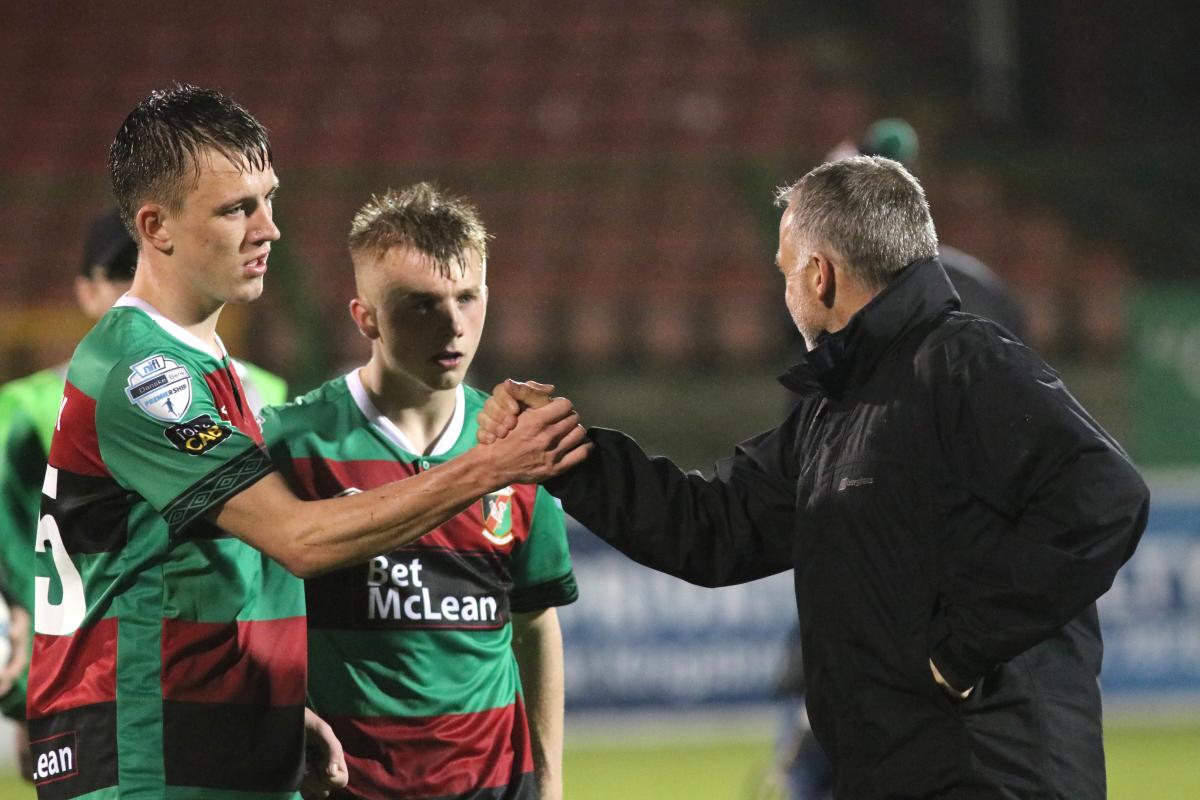