Two goals in the last twelve minutes rescued the Glens from what would have been a very harsh and undeserved defeat in front of an outstanding home support at the Oval last night. 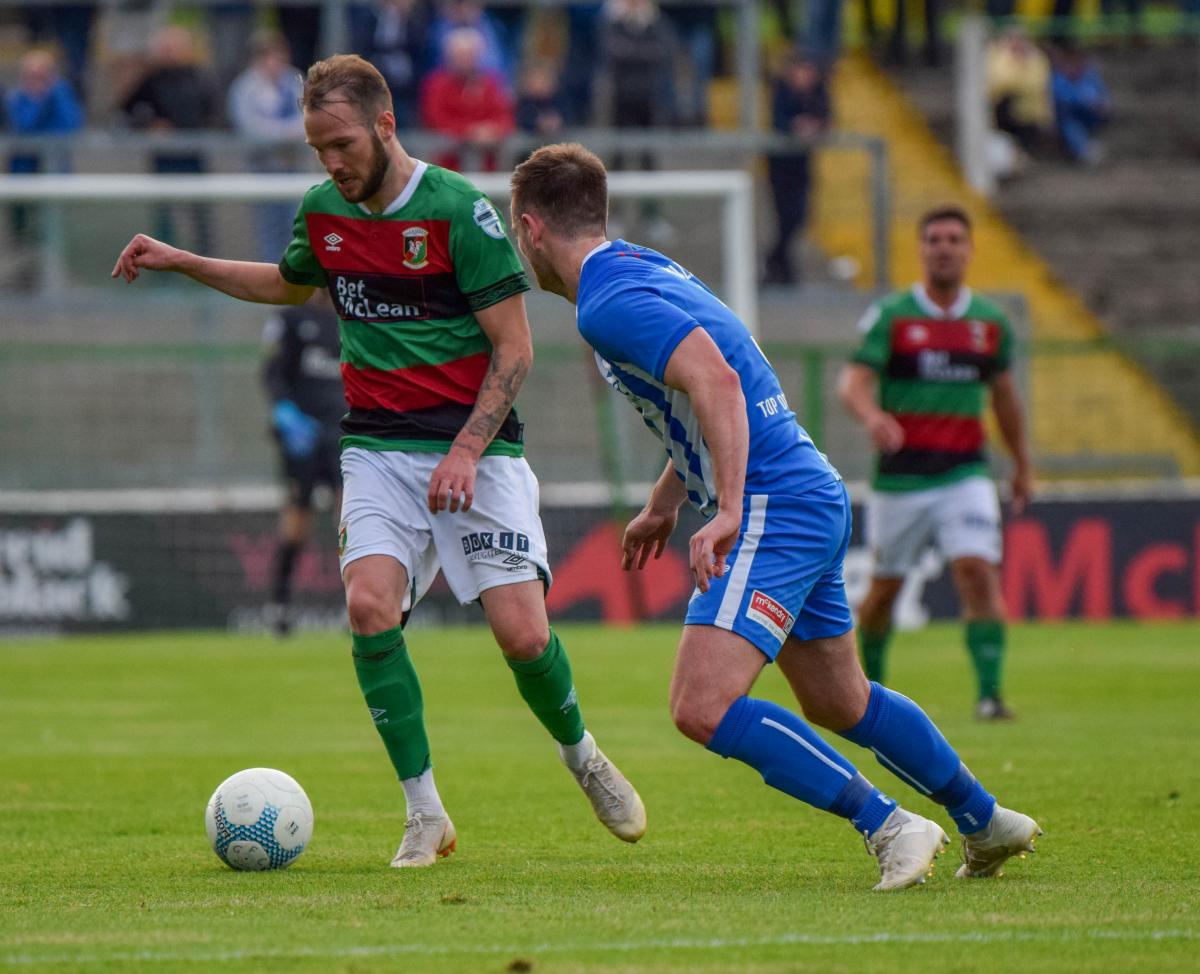 We got off to an unexpectedly sluggish start and early on Marijan Antolovic was called on to make a good save from a James McLaughlin header. The big Croatian made it look straightforward. However, after the first fifteen minutes the Glens really took control of the half with Hrvjoe Plum bossing the midfield and Tom Byrne and Mal Smith both causing plenty of problems from the right flank. Our best chance at this stage came from a pinpoint Byrne free kick that Darren Murray rose superbly to meet. Unfortunately, his glancing header easily beat the keeper but glanced off the pace of the Coleraine post. Plum then pulled a brilliant diving save out of Chris Johns from a direct free kick as the Glens continued to exert high levels of pressure without making the breakthrough.

The Glens started the second half in a similar mode as Robbie McDaid headed just wide from a Ross Redman cross. However, things took a negative turn on 62 minutes when after a midfield struggle, a long ball sent Eoin Bradley racing towards the Glentoran area. Bradley – not always the most popular player with opposition fans but always effective and influential – was apparently going nowhere with little supports when he was inexplicably tripped by Ross Redman, a disappointing outcome with Patrick McClean covering and very similar to a number of penalties we conceded last season. Bradly confidently converted the penalty to give Coleraine the lead.

Coleraine went further ahead twelve minutes later when, from a corner, Aaron Canning outjumped Redman to give Antolovic no chance with his header. 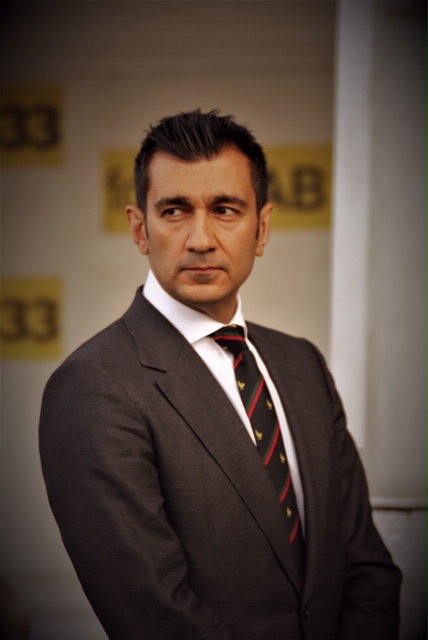 A possible turning point came about on 71 minutes when McLaughlin was sent off for needlessly kicking out at Patrick McLean on the Glens’ right flank. So, for the second game in succession we had a man advantage.

The real turning point came on the 78th minute when Patrick McClean was again needlessly hacked down, this time on the edge of the Coleraine box. We’ve heard a lot about Hrvjoe Plum’s accuracy from dead ballad n the big man lived up to his reputation to give Johns no chance from 25 yards. Game on!

The deserved equaliser came five minutes later as McClean carried the ball out of defence. He slipped it top Plum whose long ball into the box was turned back in by Curtis Allen and sublimely touched on to substitute Paul O’Neill who took a touch and confidently jabbed it home. The big home crowd reacted with the sort of ro0ar we haven’t heard for a while at the Oval. A fitting end to a great game between two teams well capable of challenging in the top half of the league this season.

Photographs by PACEMAKER and Thomas Sewell 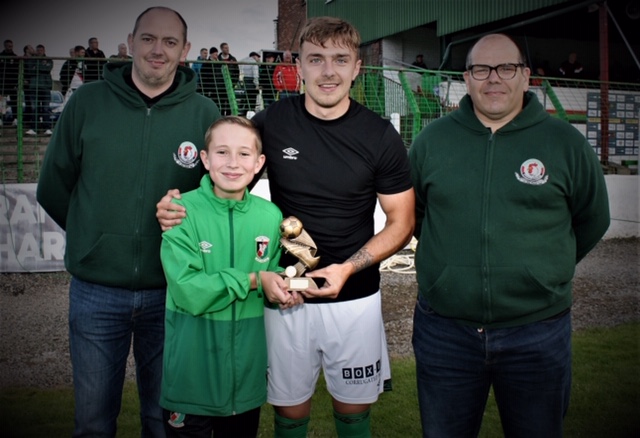 Robbie McDaid is presented with a 2018/19 Player of the Year Award from members of the Glentoran Fans United Facebook page. 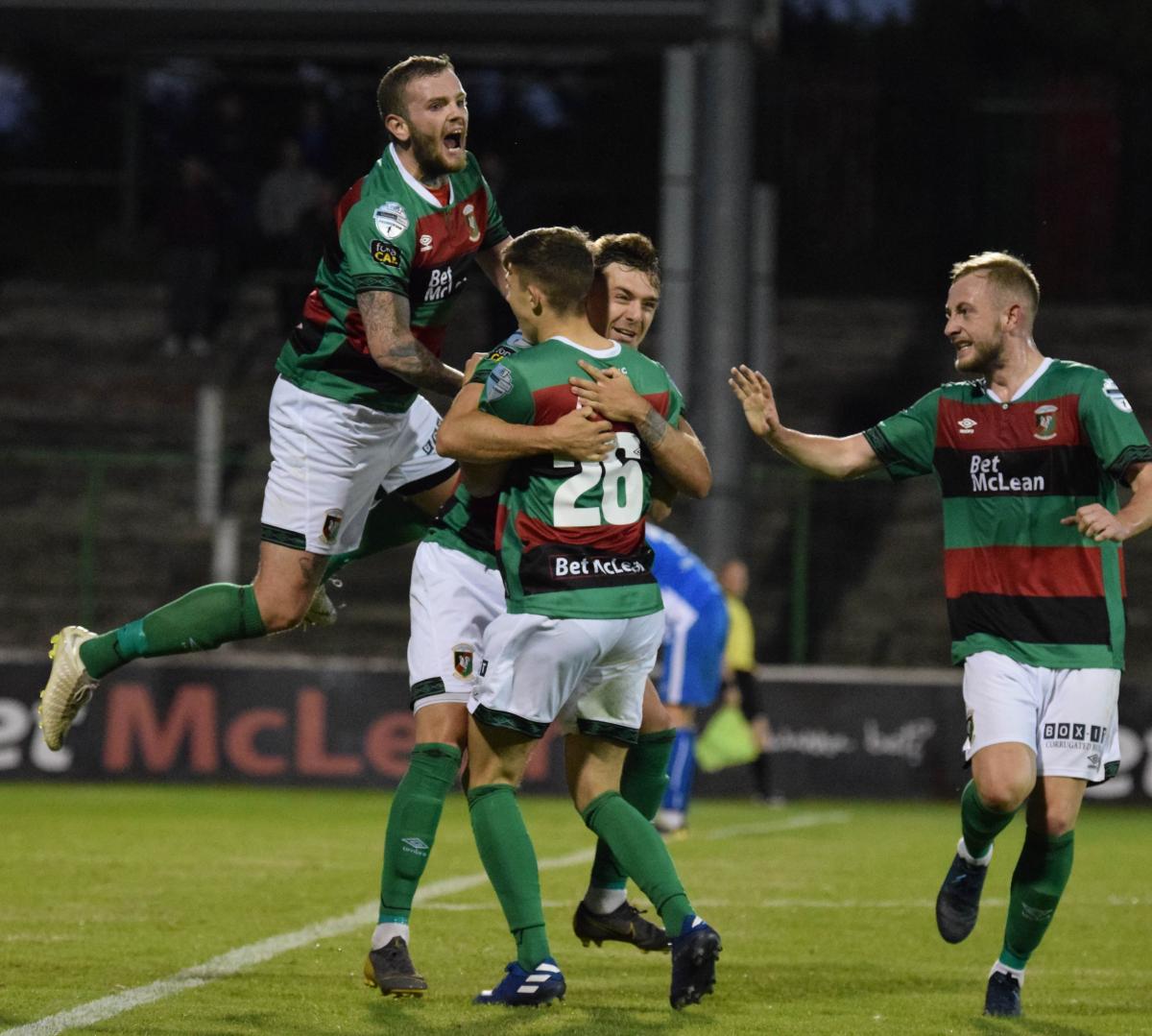