A 1-nil defeat to Cliftonville back on 4th October 2019 was the last time Glentoran suffered a home defeat but in today's Danske Bank Premiership fixture we went down to the same scoreline. It was a game in which the strong wind played a big part and the Glens started with the wind advantage, playing towards the Sydenham End. However just as in the recent home game against Warrenpoint Town, Glentoran failed to use the conditions to their advantage and in the opening 20 minutes were restricted to just 2 attempts on goal, both 25 yard free kicks which failed to test Chris Johns in the visitors goal. 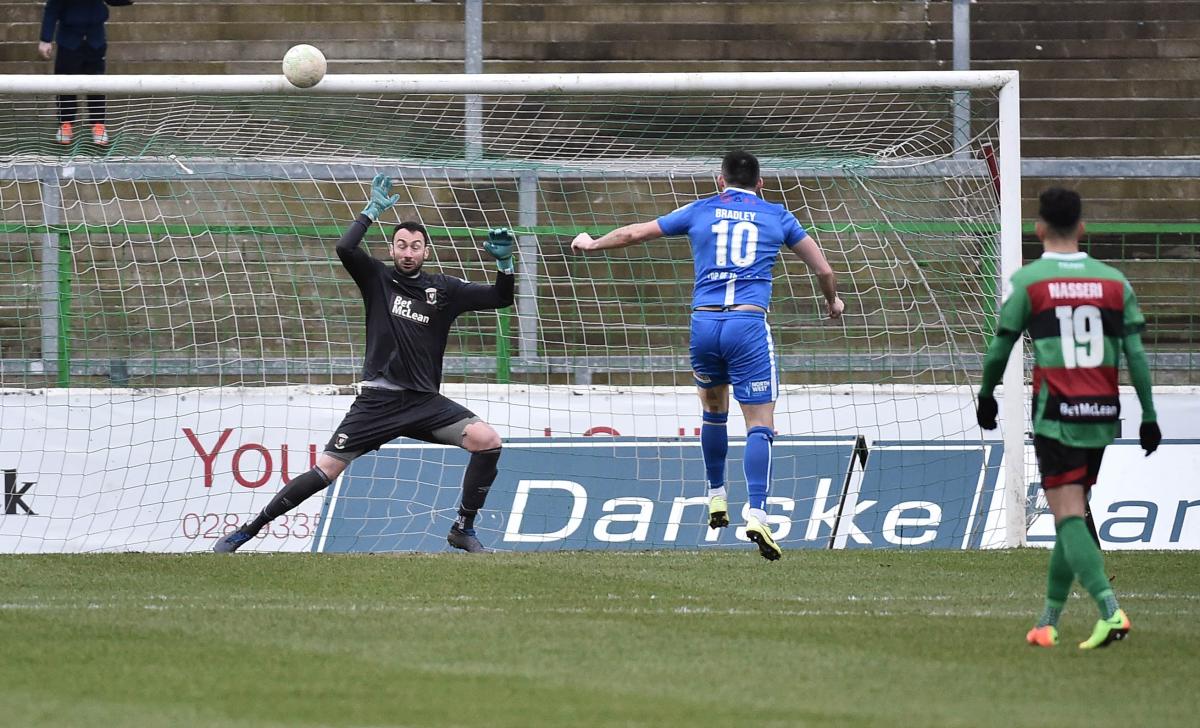 Coleraine had the opportunity to take the lead when Bradley went down under the challenge of Peers. Referee Crangle was quick to award a penalty and Bradley stepped up to take it. Antolivic wasn't tested though as Bradley's spot kick flew over the crossbar and out of the ground! Glentoran finally got an attempt on goal in the 27th minute when, following a great run down the right and cross by McDaid, the ball broke Van Overbeek but his shot was deflected behind for a corner. 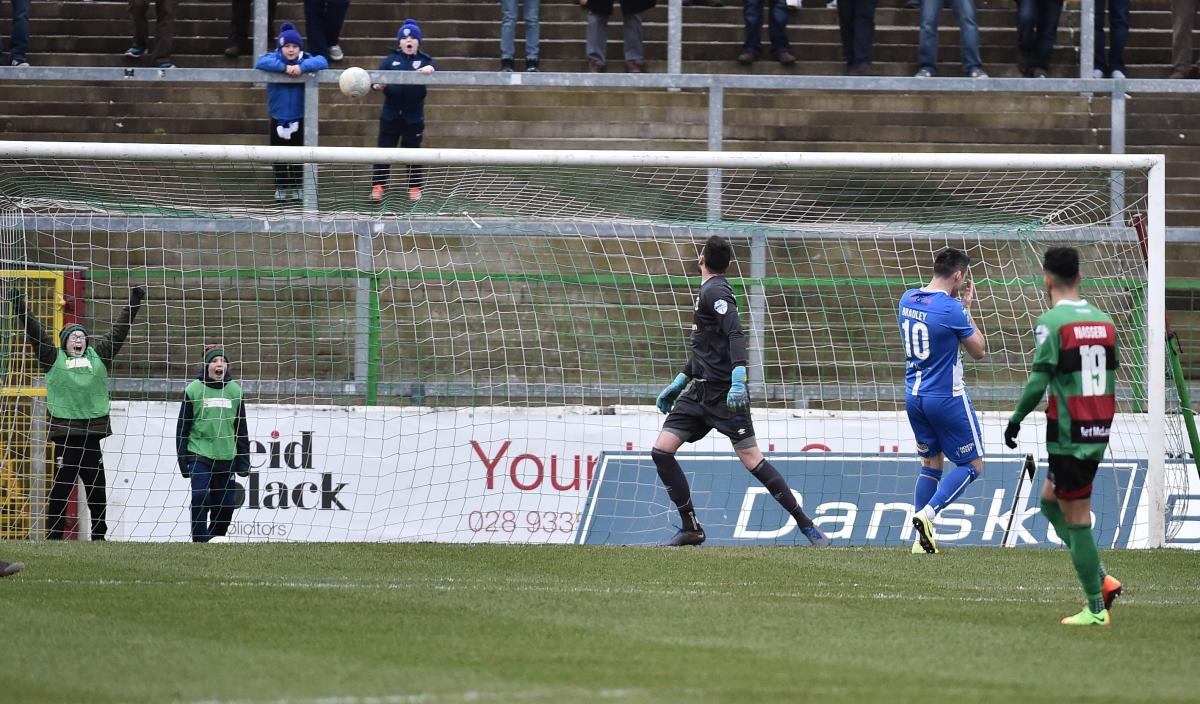 Ten minutes before the break an excellent passage of play involving Gallagher, Nasseri and Van Overbeek led to a chance for Gallagher but he put his effort wide when well placed. A poor Glentoran on 41 minutes was easily cleared and as the visitors broke Mallon was left exposed in a 2 v 1 situation. Just when it looked like Coleraine might take advantage Van Overbeek got back to make a superb tackle just inside the area and the danger was averted. 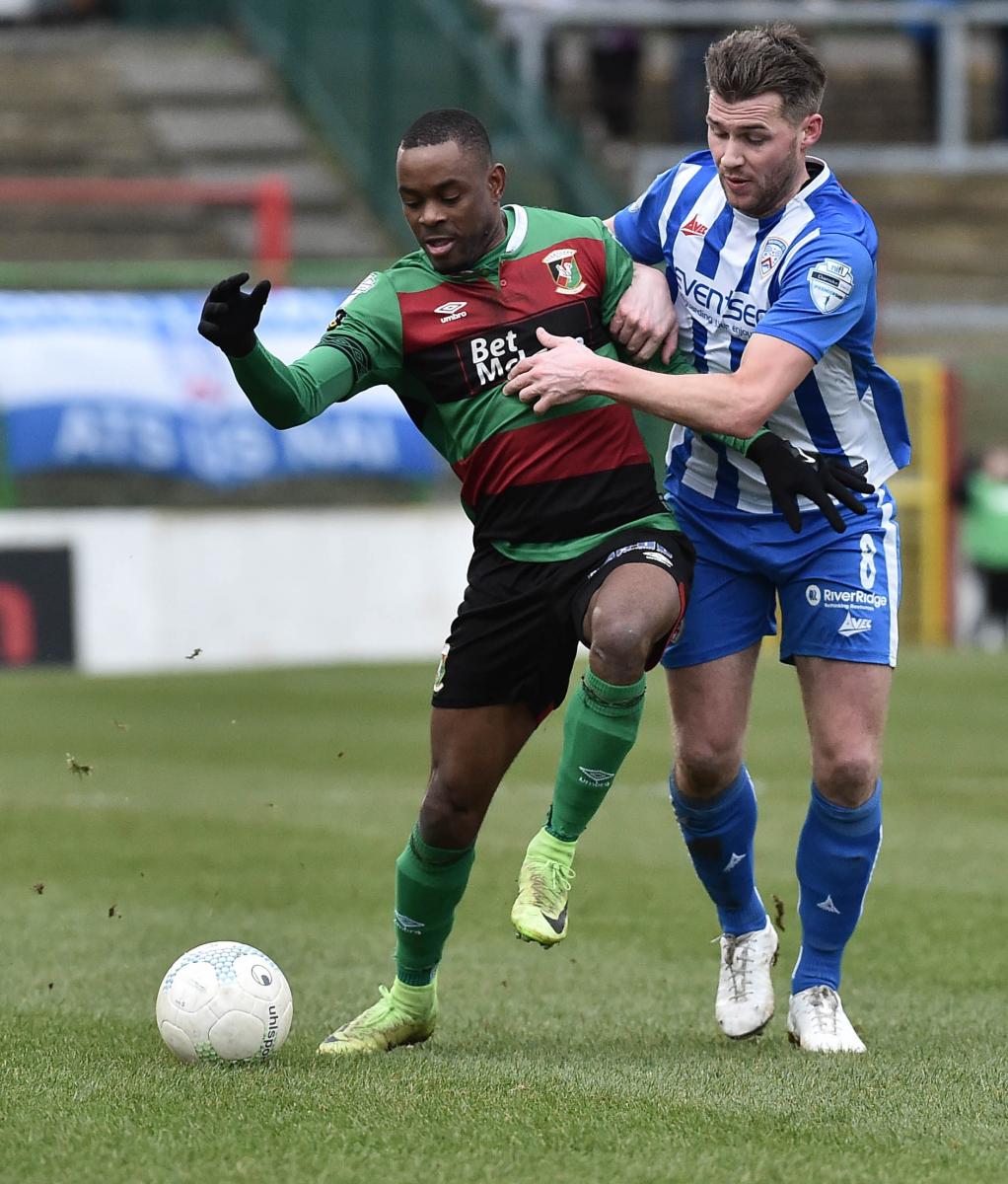 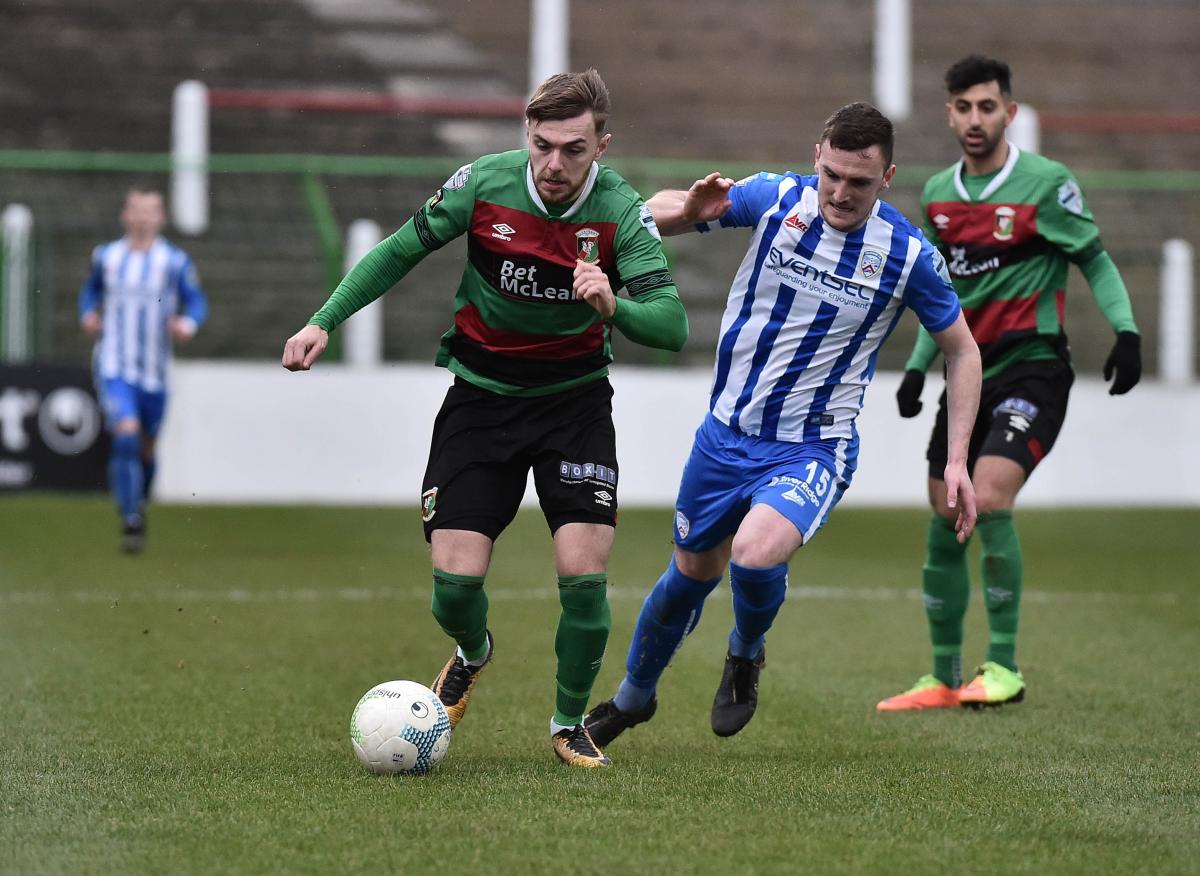 Glentoran seemed to be creating a scoring opportunity early in the second half when Mitchell found McDaid. As the Glens top scorer went past the defender he was taken down however referee Crangle waved play on. Nixon and Carson then had chances for Coleraine but again were both off target. 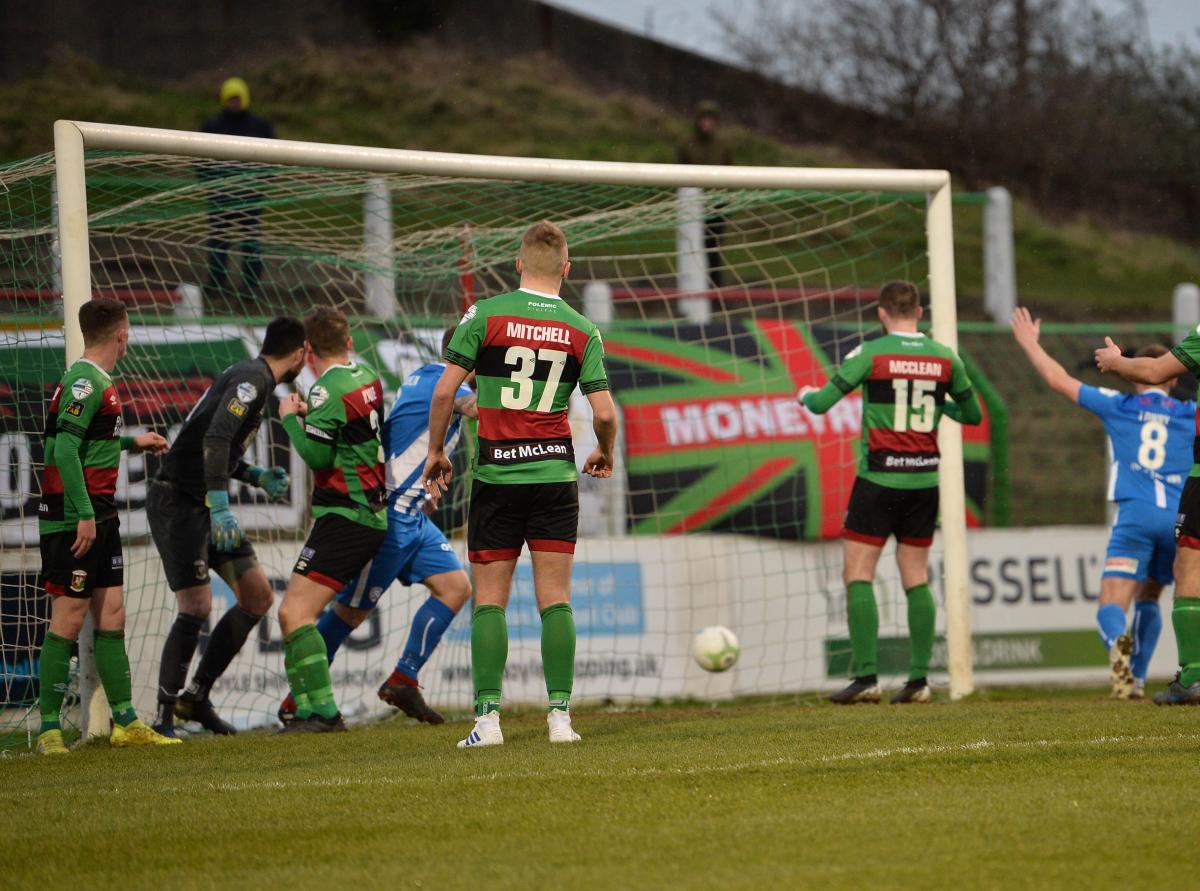 The decisive goal came in the 64th minute direct from a corner, Glackin's inswinging delivery being wind assisted into the far corner. Perhaps Antolovic could have done better but the conditions certainly played a big part in the goal. 7 minutes later the Bannsiders had another good chance but a superb tackle from skipper Kane denied McLaughlin. 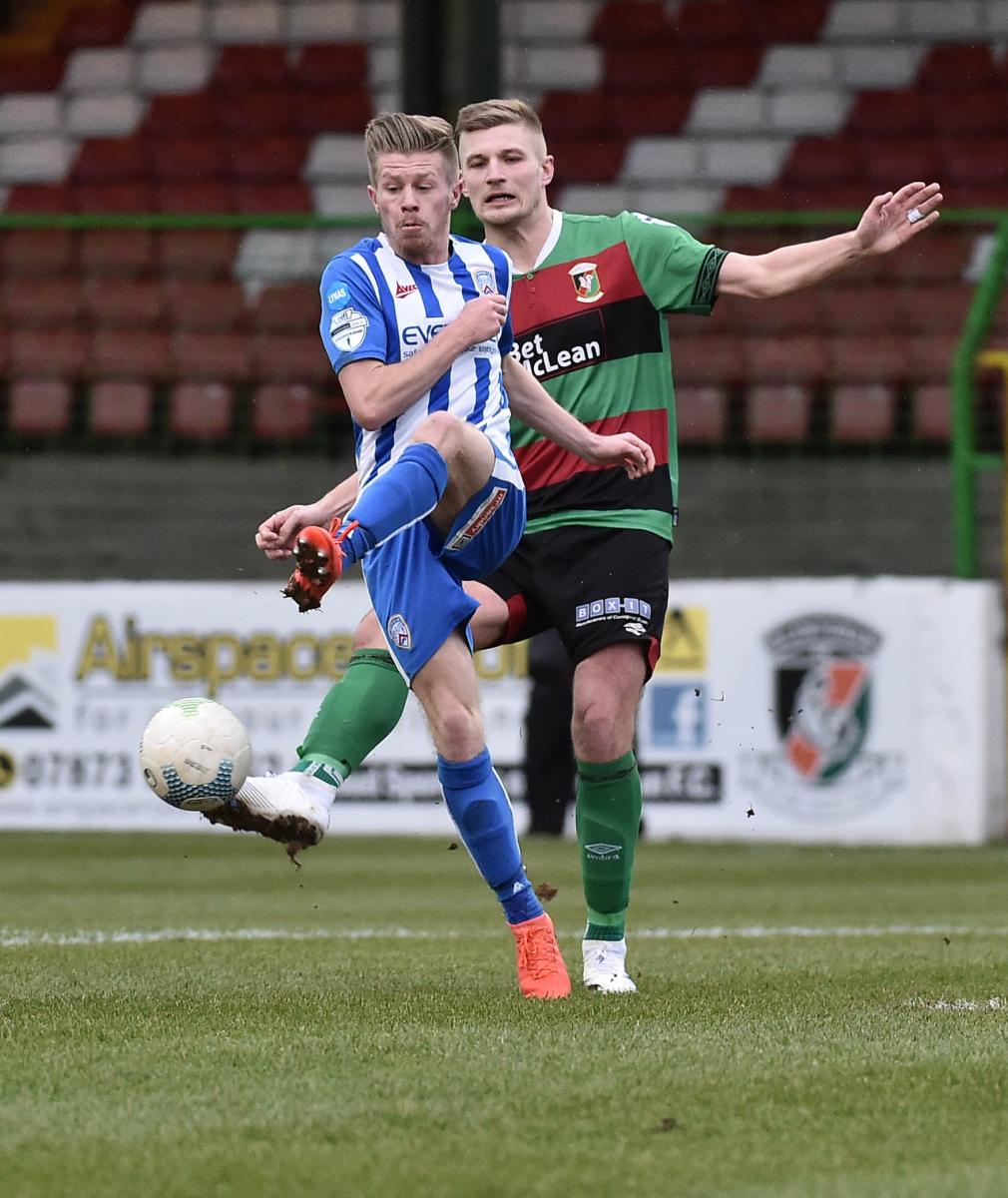 The introduction of  Matulevicius gave the Glens a bit more of a presence up front but the visitors' defence held firm. In stoppage time a great run from Nasseri created the chance for McDaid to level things up but his header flew over the bar. 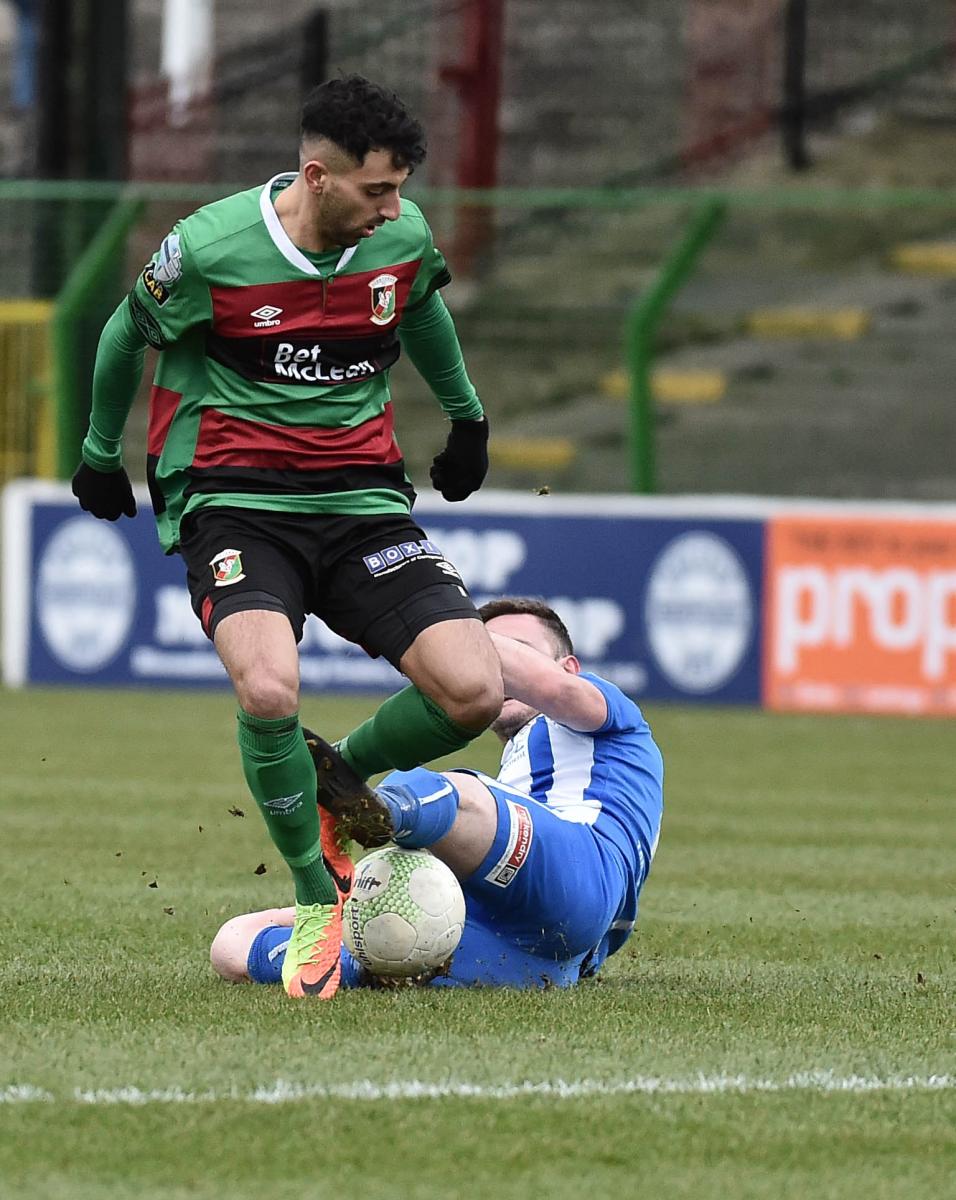 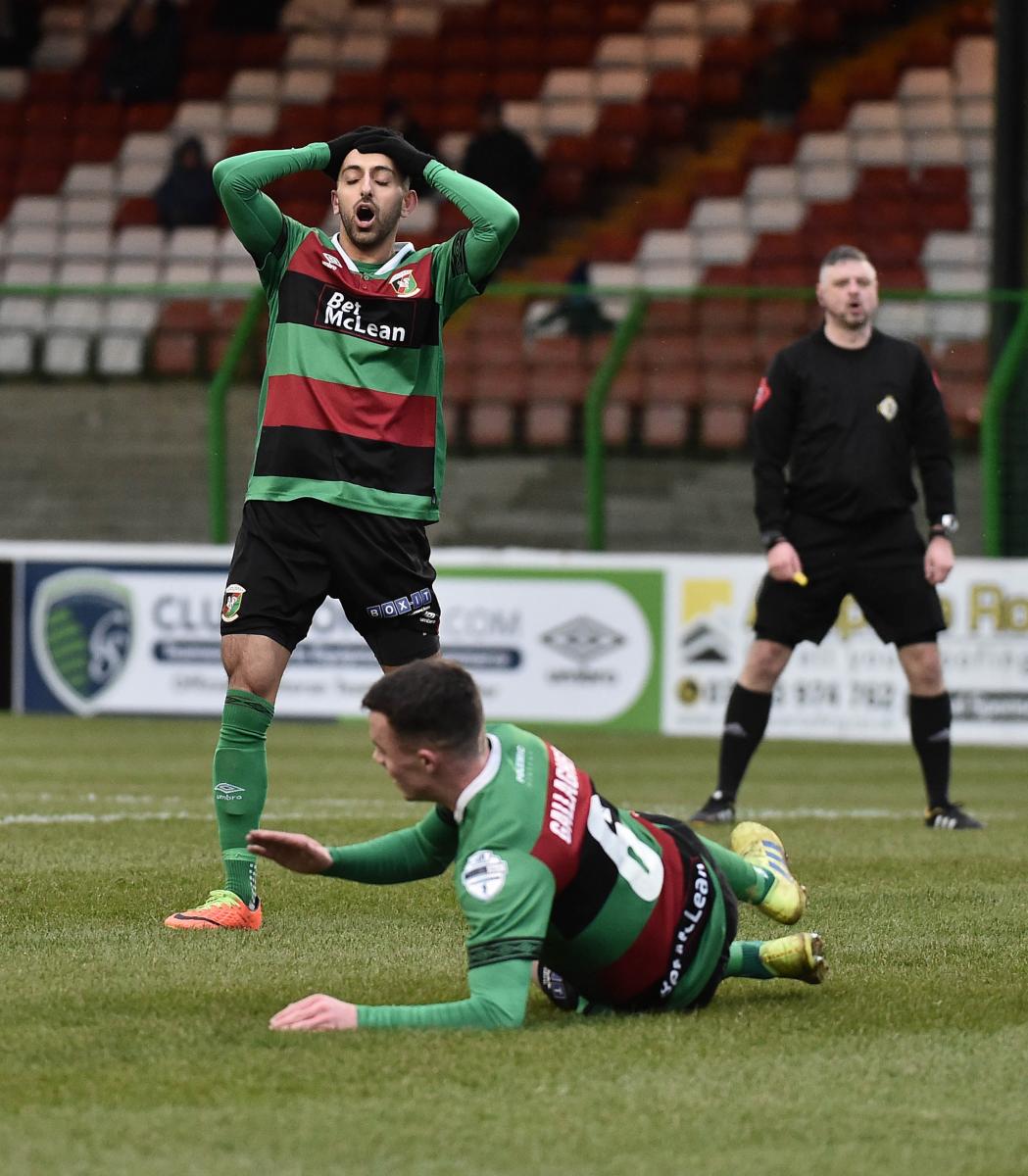