A late Joe Gormley goal saw the Reds claim the points at the Oval against 10-man Glentoran but once again the home fans were left confused by a number of refereeing decisions!

10 man Glentoran, having conceded an 84th minute goal threw everything at Cliftonville in the dying minutes of the game, pinning the Reds back in their own half, winning corners and forcing Richard Brush to make several saves, one of them an outstanding stop from John Herron's header. But ultimately it was in vain and it was the visitors who went away with the points.

Robbie McDaid was missing from the starting line up, a result of his head injury picked up a week ago in an unpunished incident against Crusaders. Cameron Stewart started in central defence in place of Steven Gordon and Chris Gallagher came in for Joe Crowe. 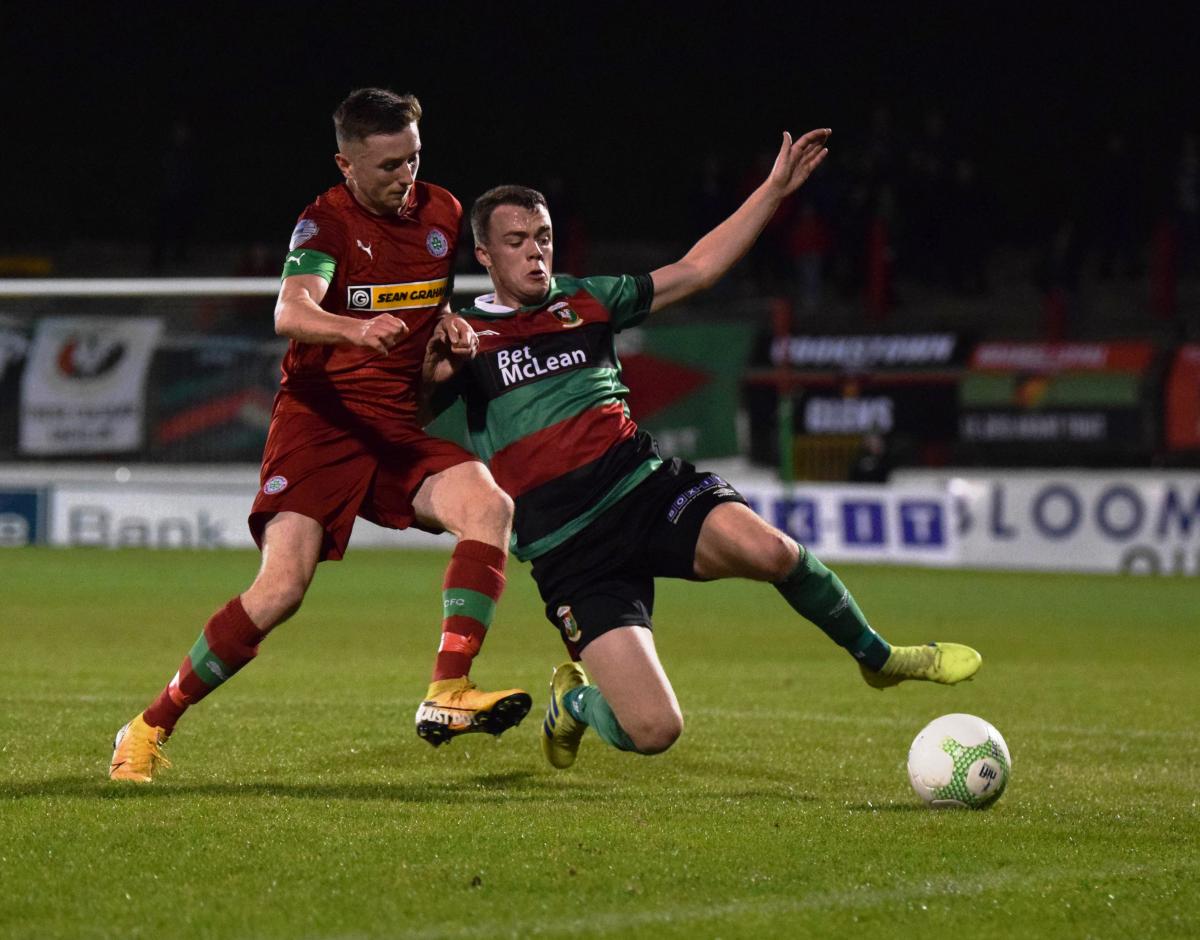 In the opening minute of the game Darren Murray was pulled down on the edge of the area but the match officials ignored the appeals for a free kick. Murray was again foiled in the 8th minute when he almost intercepted a poor back pass from Chris Curran. Hrvoje Plum then brought a decent save out of Brush, the Reds' custodian turning away Plum's stinging effort for a corner. On 17 minutes a neat passage of play involving Herron, Plum and Gallagher ended with the Glentoran number 6 driving a shot narrowly wide. At the other end Cliftonville had a few opportunities of their own with Conor McDermott curling an effort just past the far post. 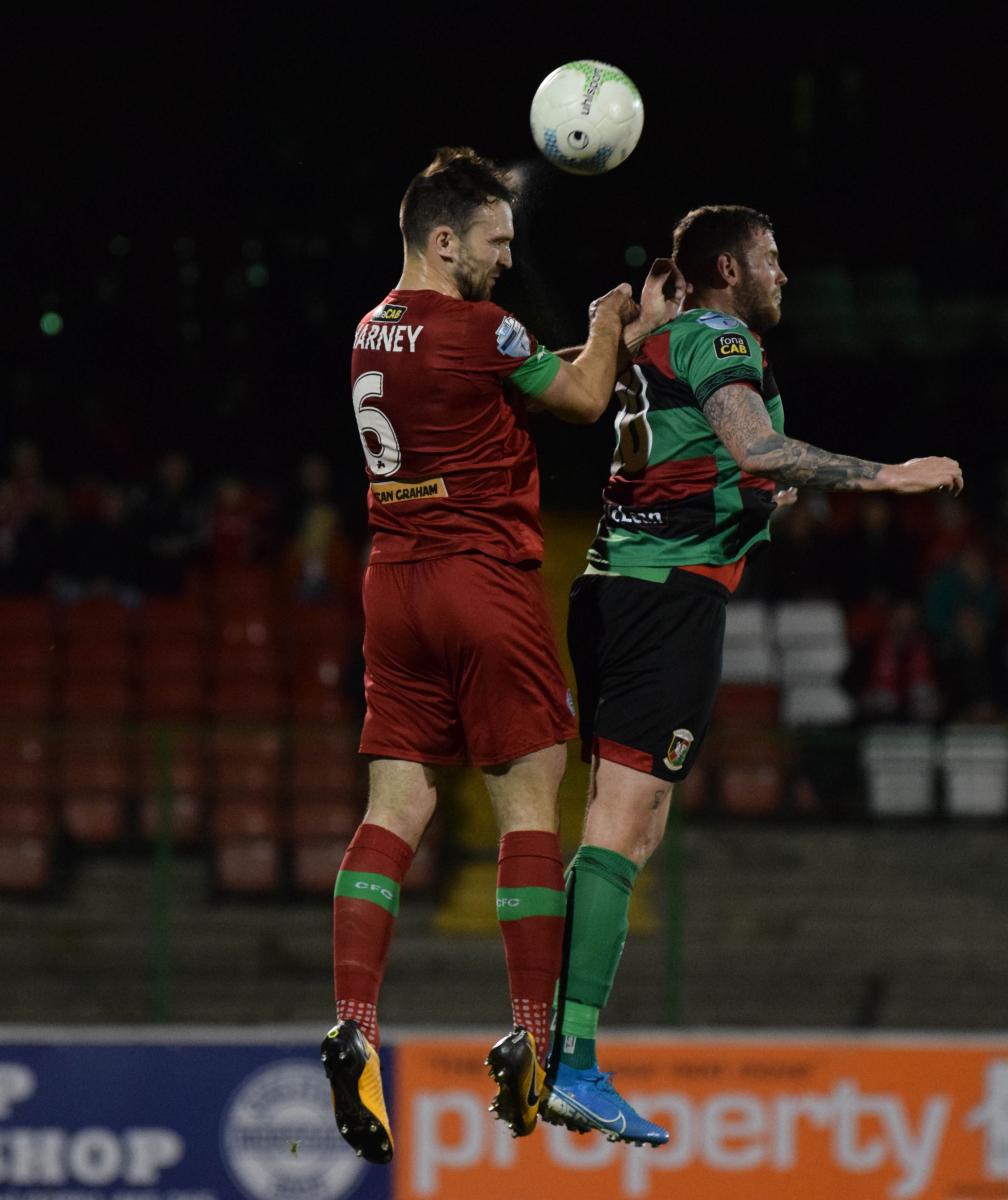 Midway through the half, following a corner, Darren Murray's blocked effort broke to Marcus Kane. The Glentoran skipper's shot was also blocked; the Glentoran players appealing for hand ball and a penalty; referee Gregg once again ignoring them! Marijan Antolovic then pulled of a good save as the Reds hit the Glens on the break. The ball fell to Joe Gormley but his effort was cleared off the line. A cross from Plum almost found Murray (23) and then a speedy break involving Pepper and Van Overbeek (28) ended with Pepper's cross being deflected to the Reds' keeper. 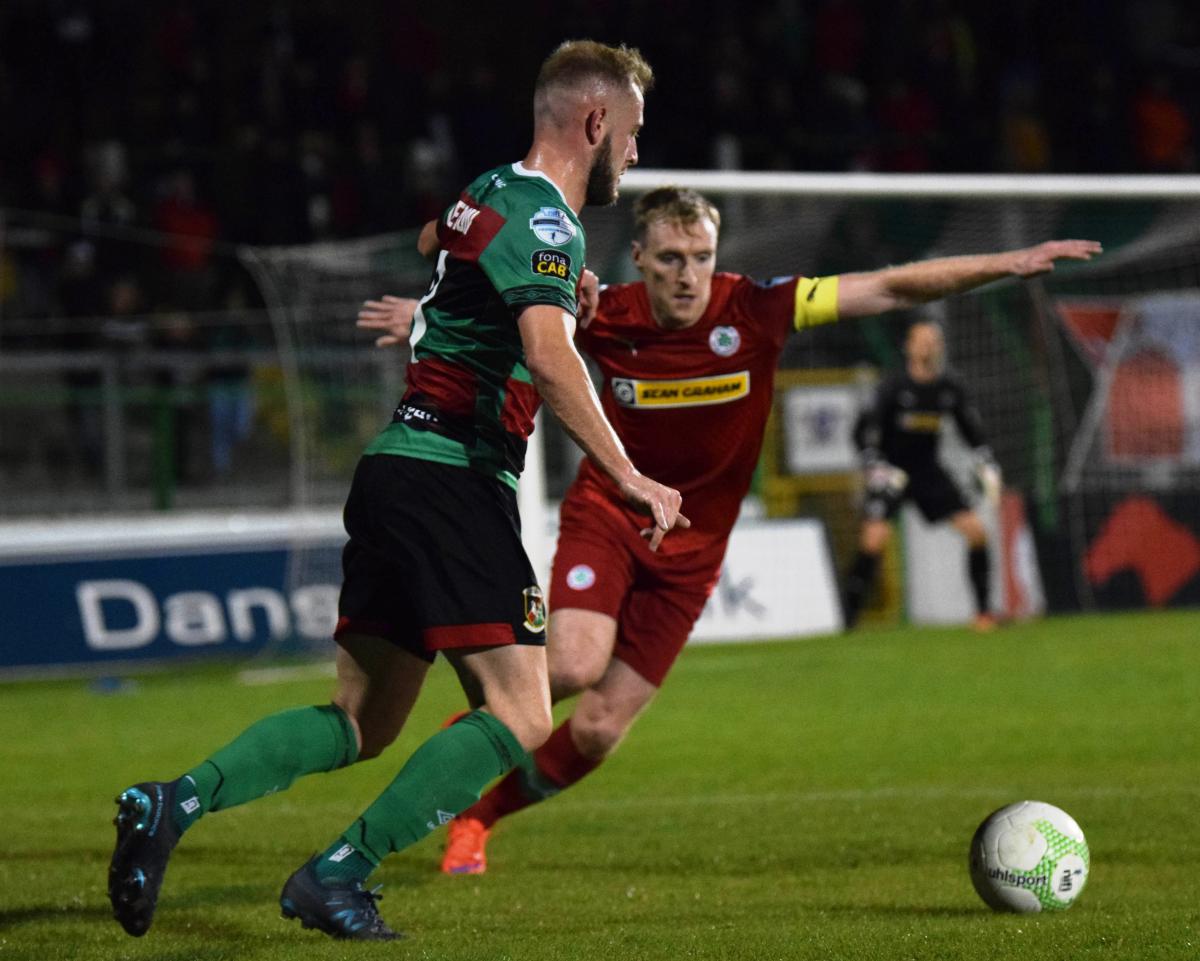 On 33 minutes Cliftonville almost snatched the lead. Gormley was clearly backing into and fouling Stewart. Bizarrely Gregg awarded the visitors a free kick which was superbly saved by Antolovic. The Glens went straight down the other end and Plum appeared to be impeded 25 yards from goal.....play on being the decision of the match officials. Patrick McClean made a fantastic challenge to deny Gormley whilst the Cliftonville striker also failed to get a touch on a left wing cross just before the break. In the final minute of the half Darren Murray was shown a yellow card. Again a strange decision with both players grappling with each other in an incident which didn't seem to merit anything other than a talking to. 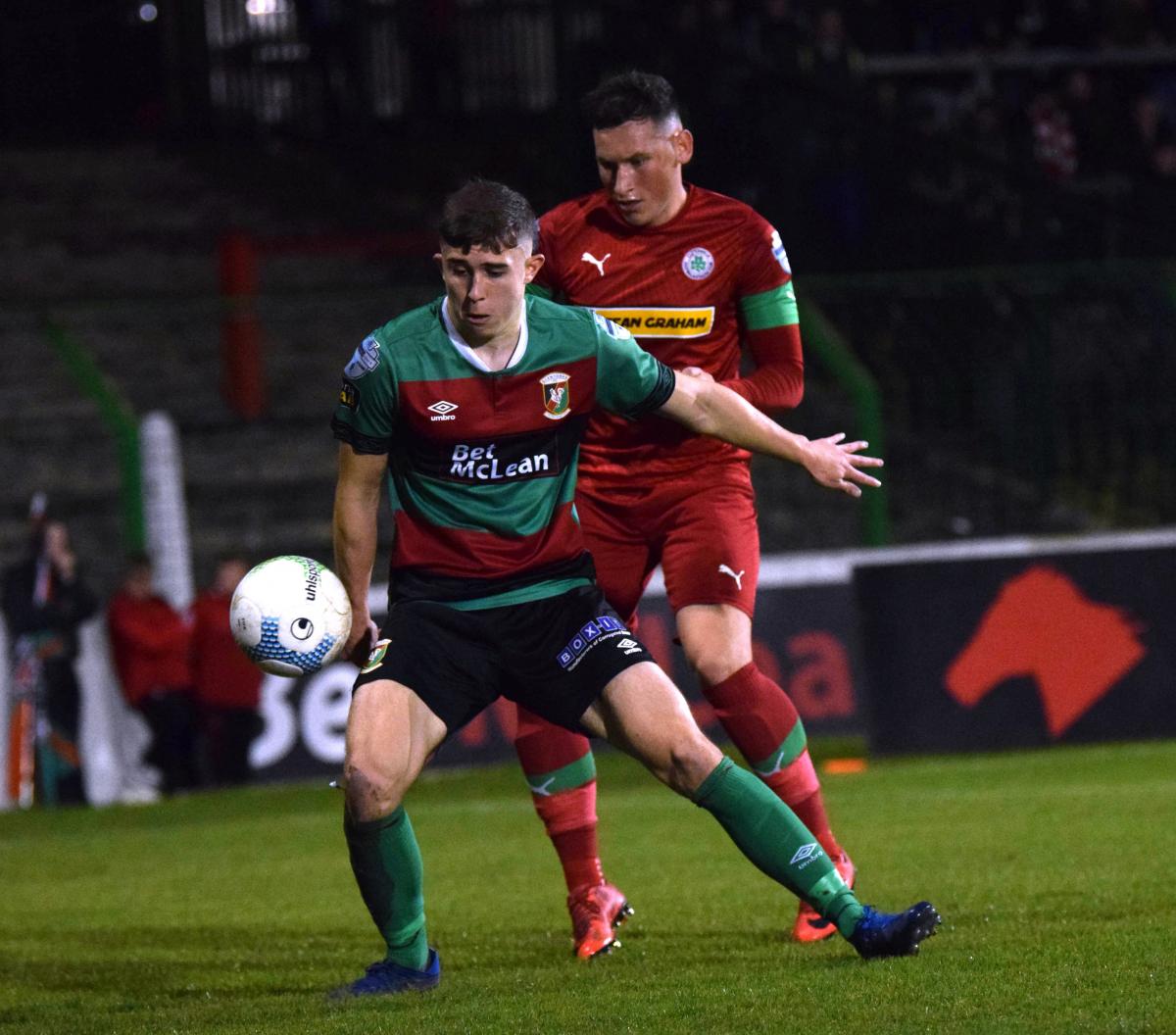 Paul O'Neill had the first real chance of the second half when a long throw from Murray was flicked on and fell kindly to him in the area but unfortunately he couldn't hit the target. Just before the hour the visitors were denied twice, Donnelly firing wide when well placed and then Kane getting in a great tackle to deny Gormely. On 62 minutes the Glens suffered a blow when Patrick McClean was forced off with injury, Joe Crowe replacing him. Things got worse a minute later when Murray was shown a second yellow card - more on that later. 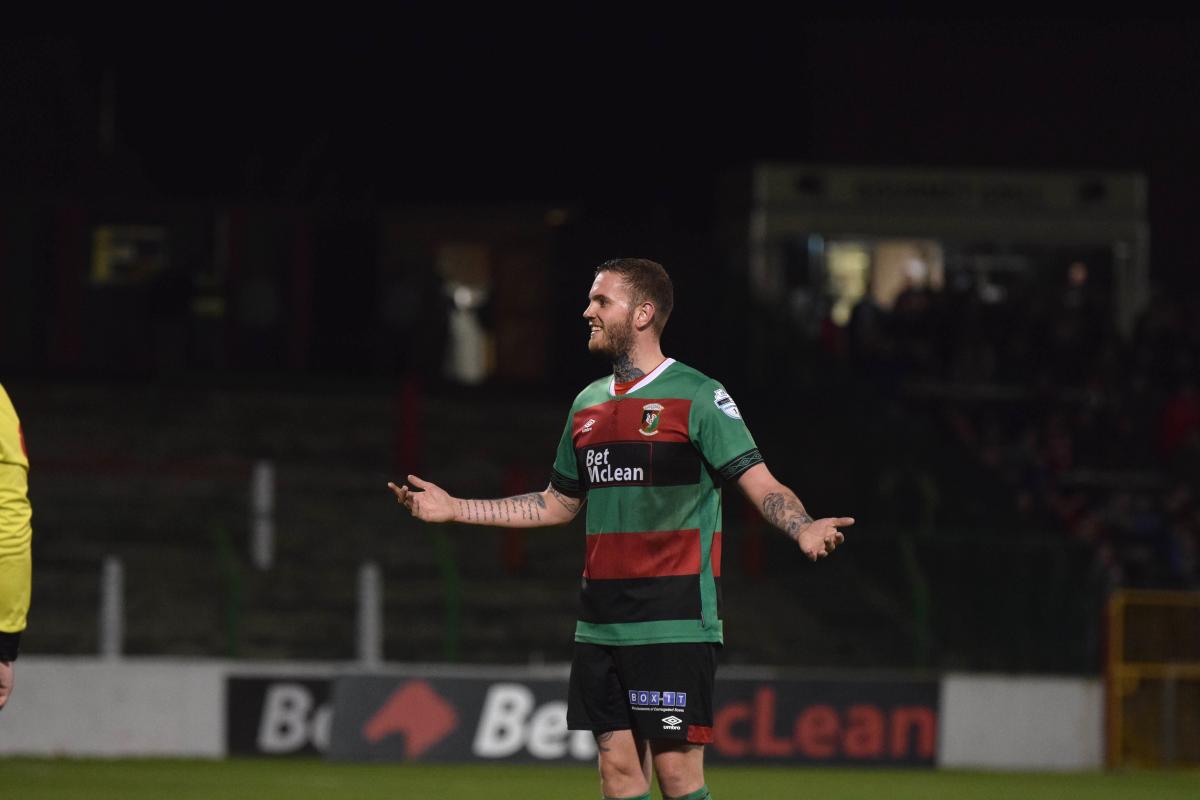 Cliftonville, aided by the man advantage began to take control. McMenamin headed straight at Antolovic and the same player then blasted well wide. McDermott then forced another save out of Antolovic whilst on a rare attack, O'Neill fired straight at Brush. An 84th minute close range header from Gormley then broke the deadlock however in the build up referee Gregg had awarded the Reds yet another free kick, this time for an alleged hand ball against Van Overbeek. Another harsh award which added to the growing frustration of the home supporters. Van Overbeek, Frazer and Herron all went close late on to snatching a draw for the Glens but it was not to be.

And so to the major talking point of the game, and once again it's the referee. When Patrick McClean got injured and was being replaced he did not leave the field at the closest point. When Liam Bagnall was substituted he too did not leave the field at the closest point. When Darren Murray was leaving the field he was a couple of yards from the centre spot when he was told to leave the field in the opposite direction, towards the away fans! Had Mr Gregg been consistent and issued 3 yellow cards then there would be no discussion. Consistency and common sense! It's been a while since Dessie Loughery was refereeing in the Premiership. He was the best example of consistency and common sense but both are rare commodities nowadays. 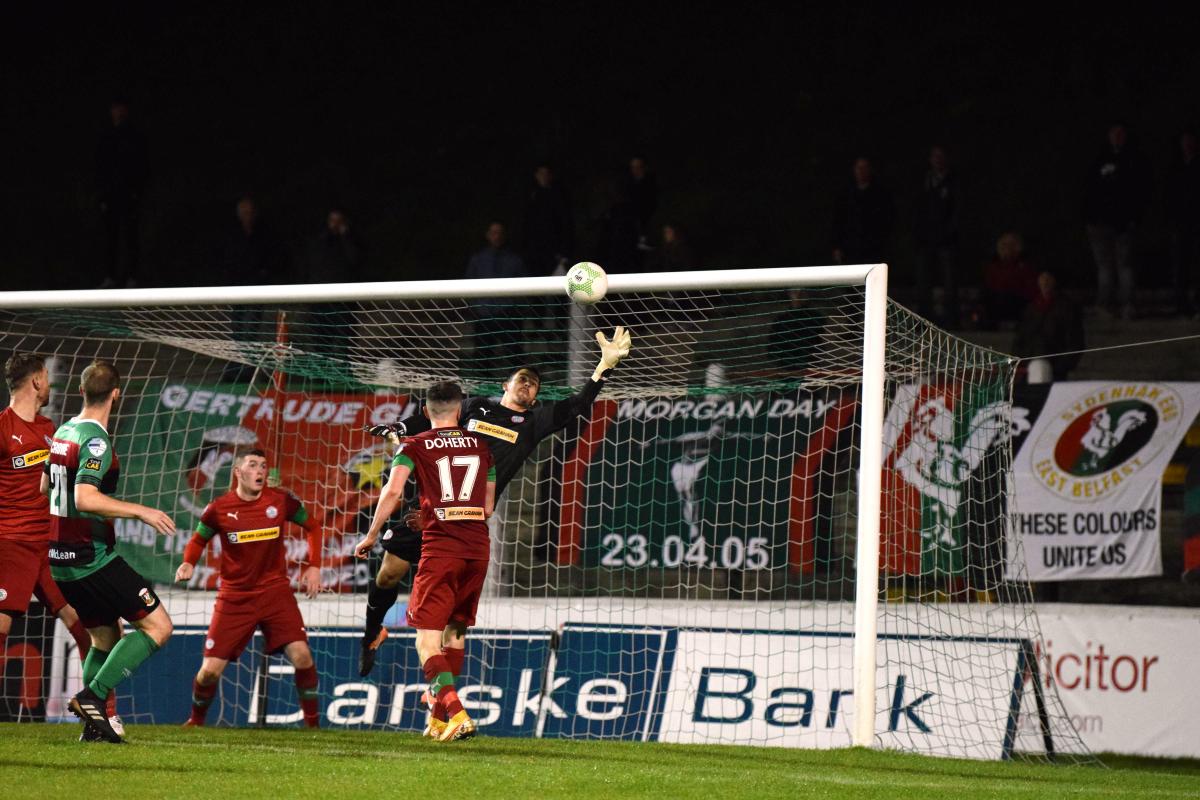 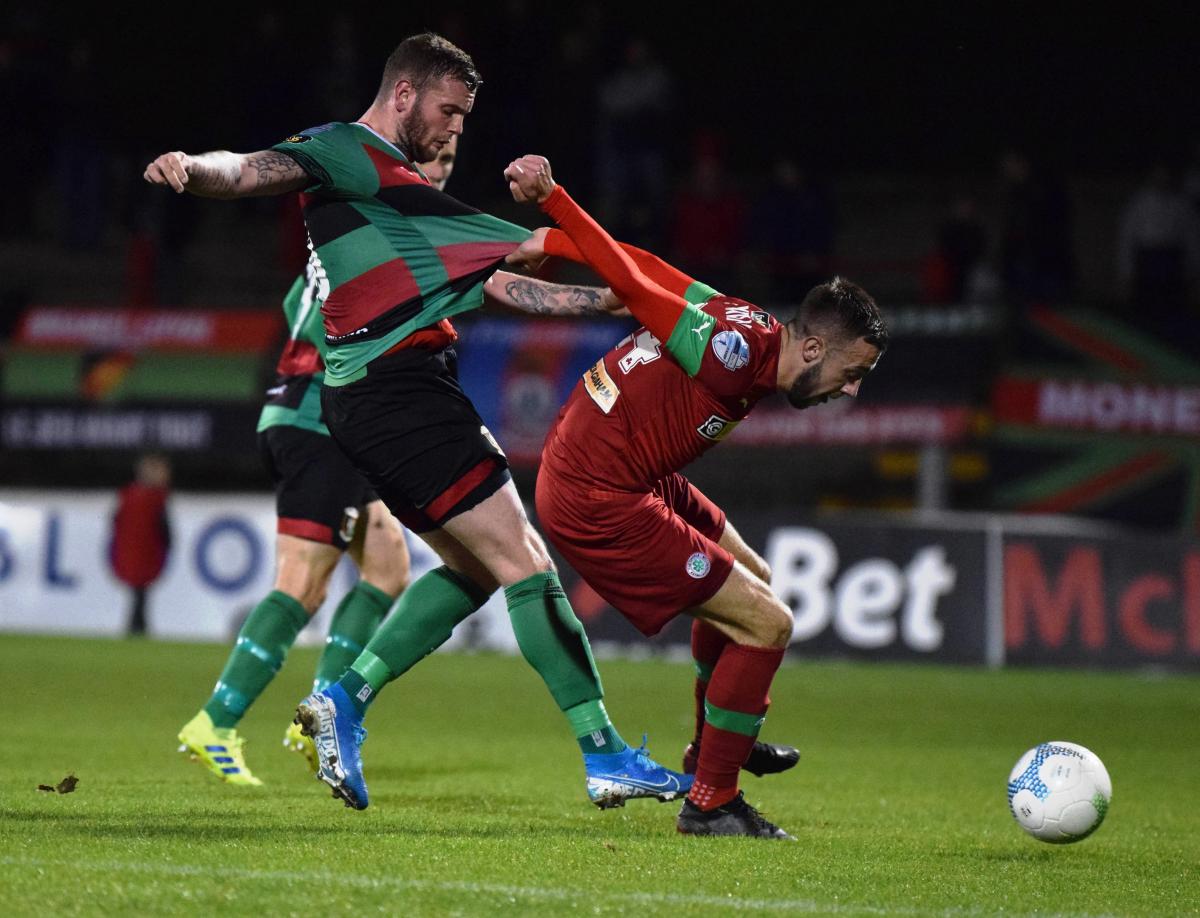