Glentoran travelled to Stangmore Park today, looking to extend their unbeaten league run to 13 games but mindful of their last visit to Dungannon in mid-August which ended in a 3-1 defeat. 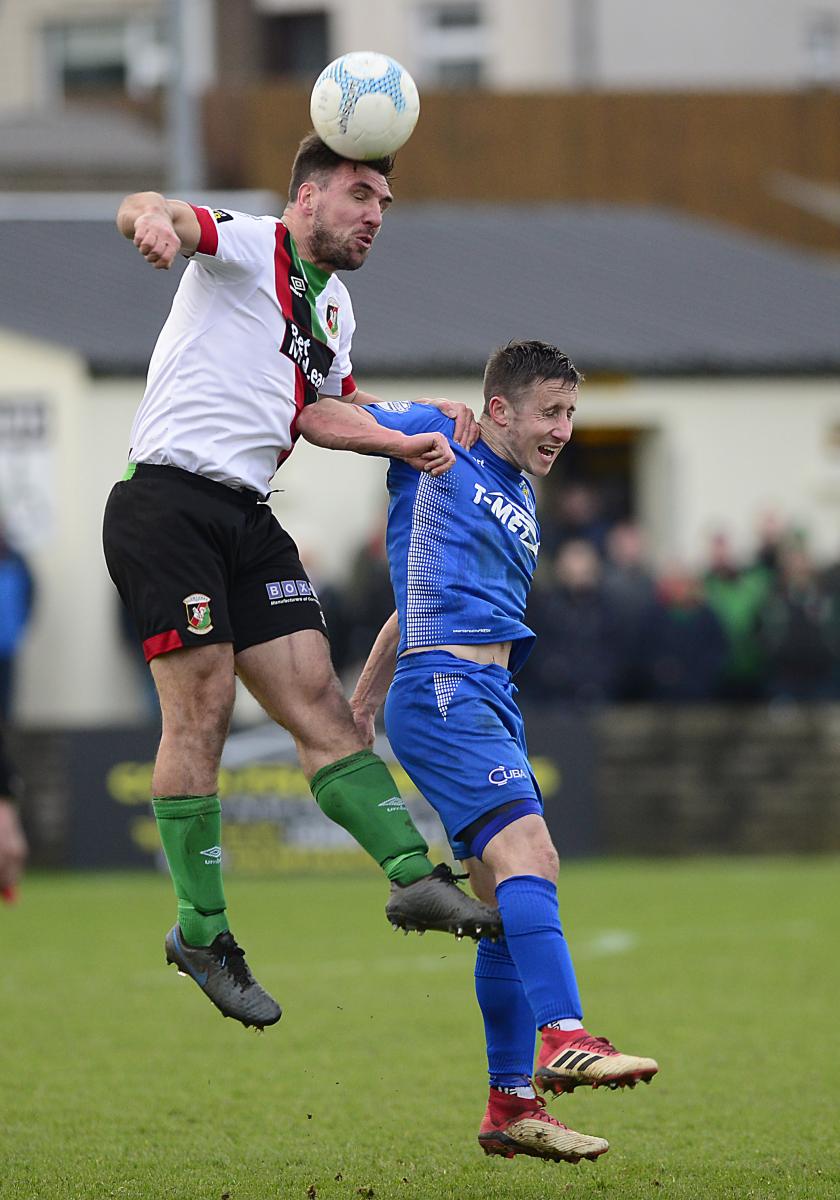 The home side started brightly and had a decent chance in the opening minute but Ryan Strain saw his shot blocked. The ever energetic Connor Pepper went on a great run down the right on 4 minutes and his cross found Chris Gallagher however the young midfielder's effort was straight at Conor Byrne in the home goal. The Swifts won a corner in the 8th minute. Marijan Antolovic did well to pluck the ball from the air though and quickly released Hrvoje Plum. He found Elvio Van Overbeek who drove to the by line but his cross was intercepted and turned behind for a corner. 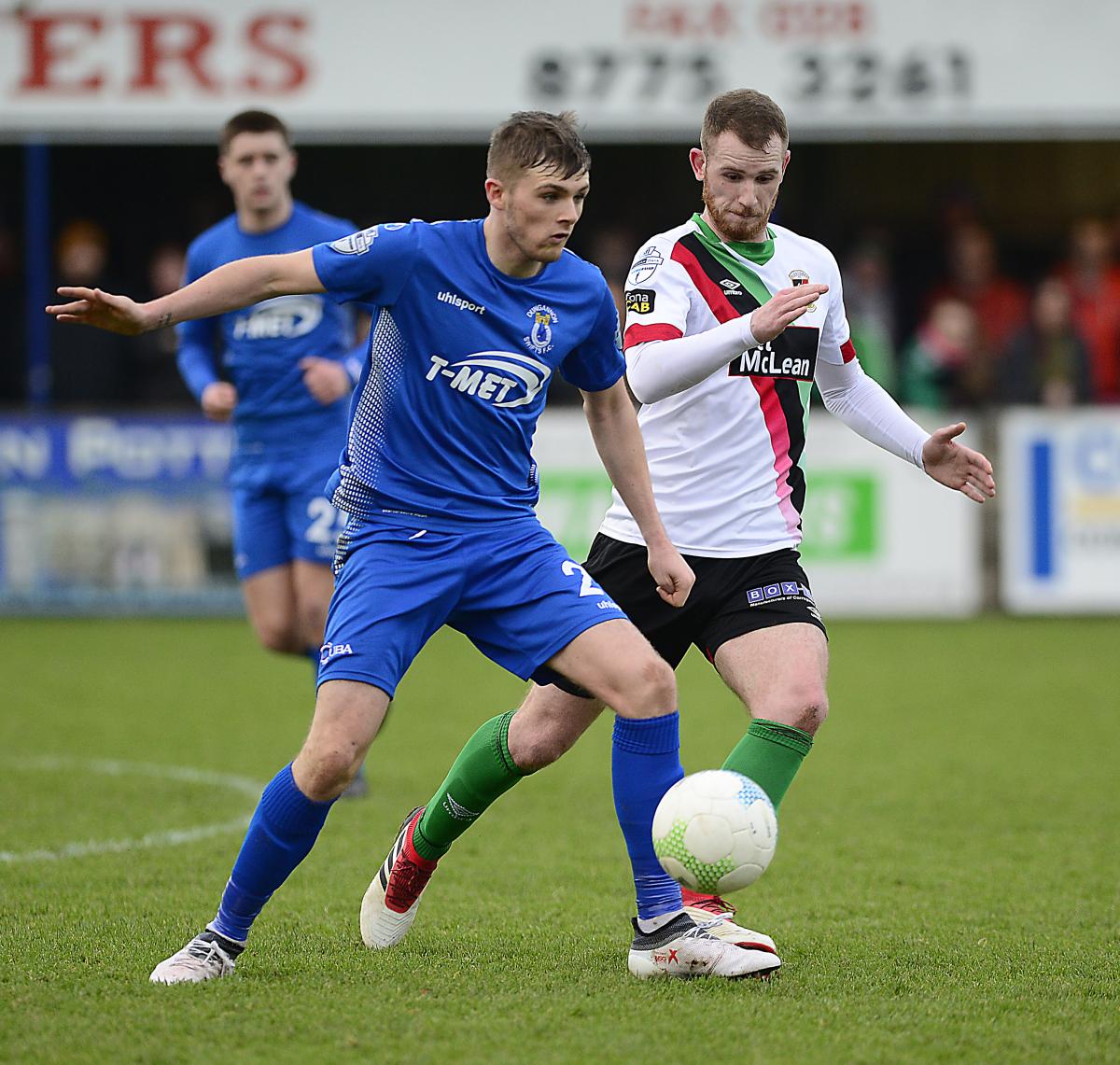 On the quarter hour mark Terry Fitzpatrick tried his luck from long range but was well off target. 4 minutes later Navid Nasseri did hit the target when set up by Chris Gallagher but Byrne was well placed to make a comfortable save. Midway through the first half the Glens went in front. Van Overbeek forced a corner on the right and when Plum drove in the set piece, Willie Garrett got on the end of it and headed home his first goal of the season. From then until the break both teams struggled to create any clear openings although Glentoran continued to look the more likely to add to their advantage. 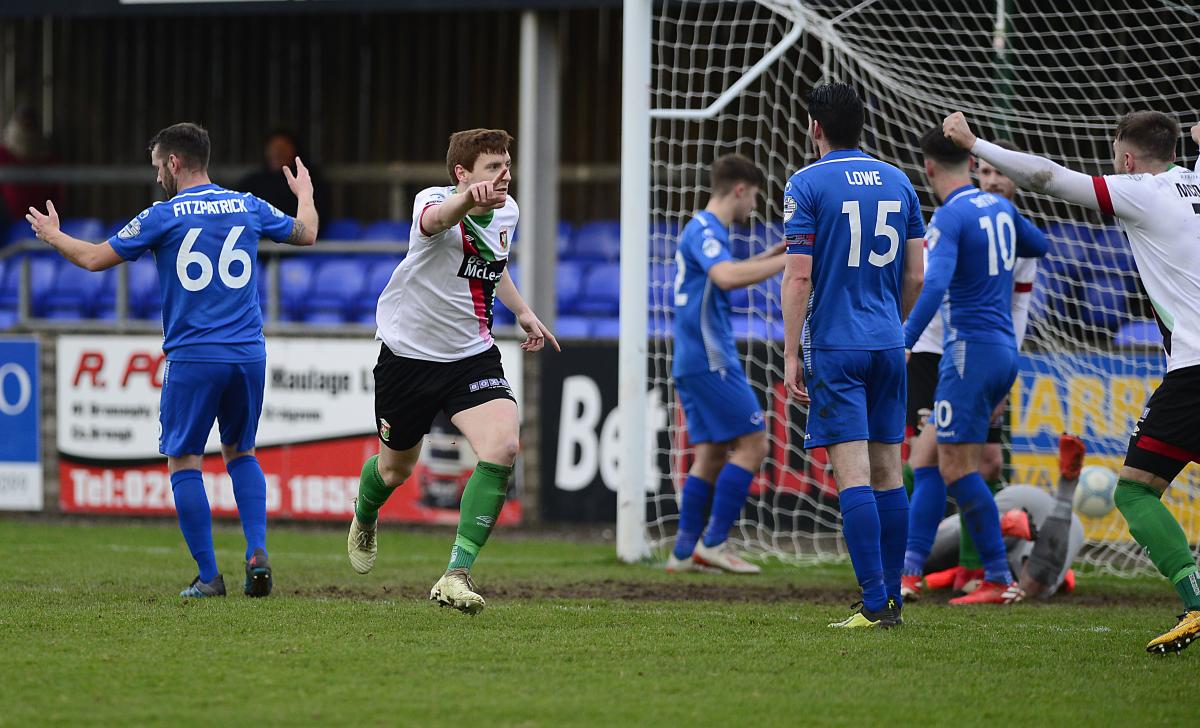 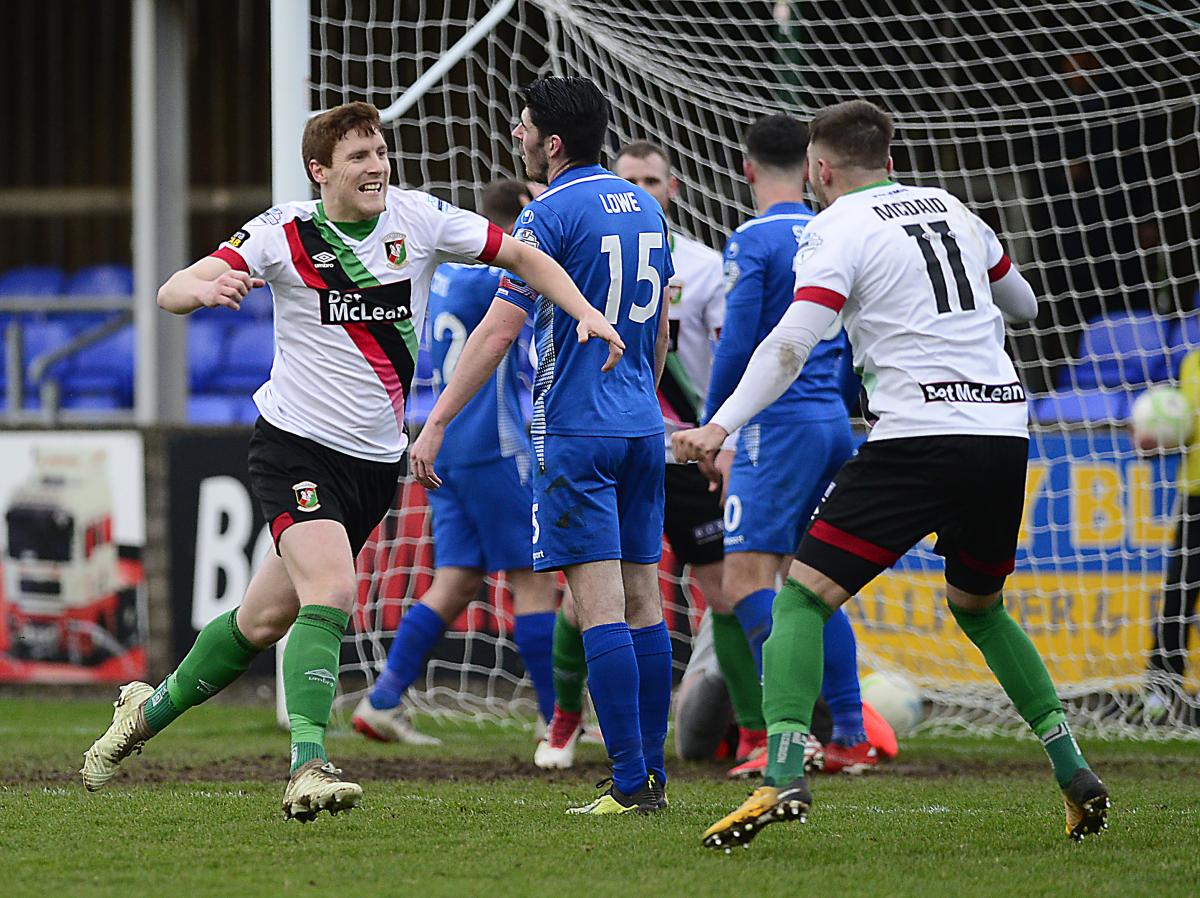 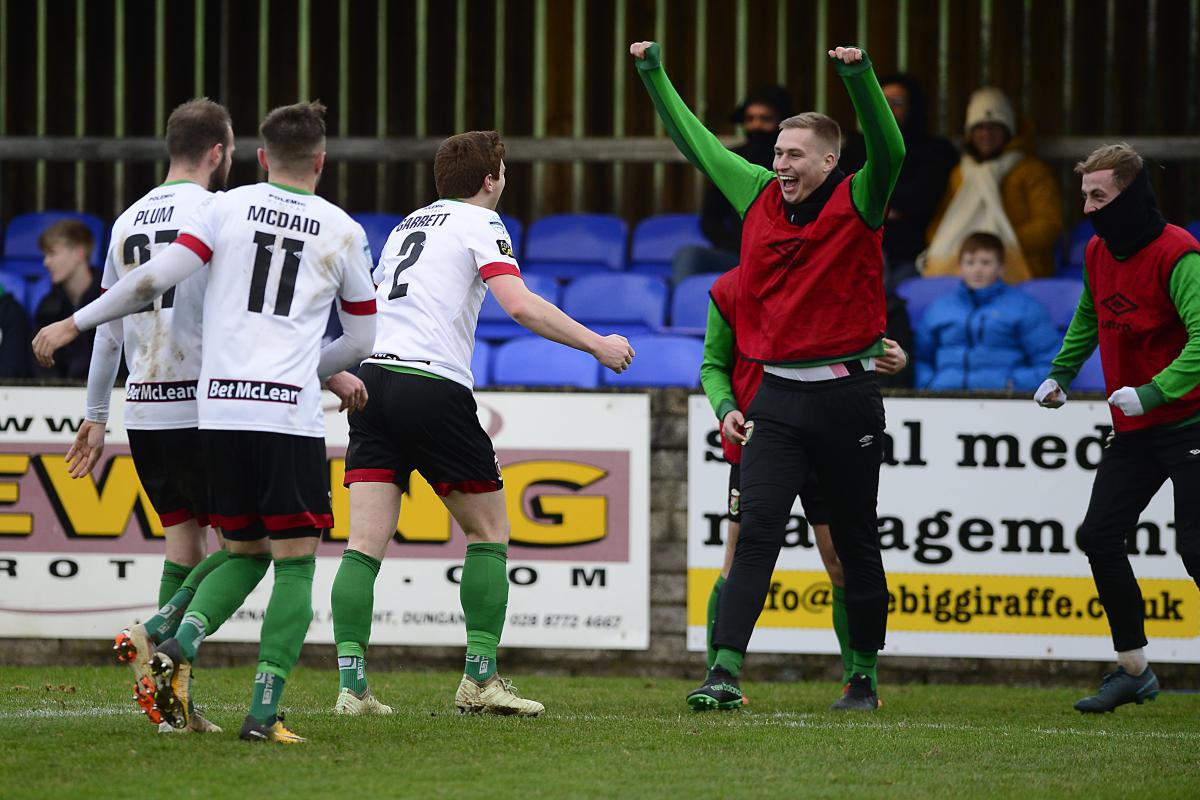 As in the first half it was Ryan Strain who had the first opportunity after the break. However the Swifts number 21 fired well over the bar from the edge of the box. On 50 minutes a slip from Willie Garrett presented Michael Carvill with a chance but he didn't trouble Marijan Antolovic. 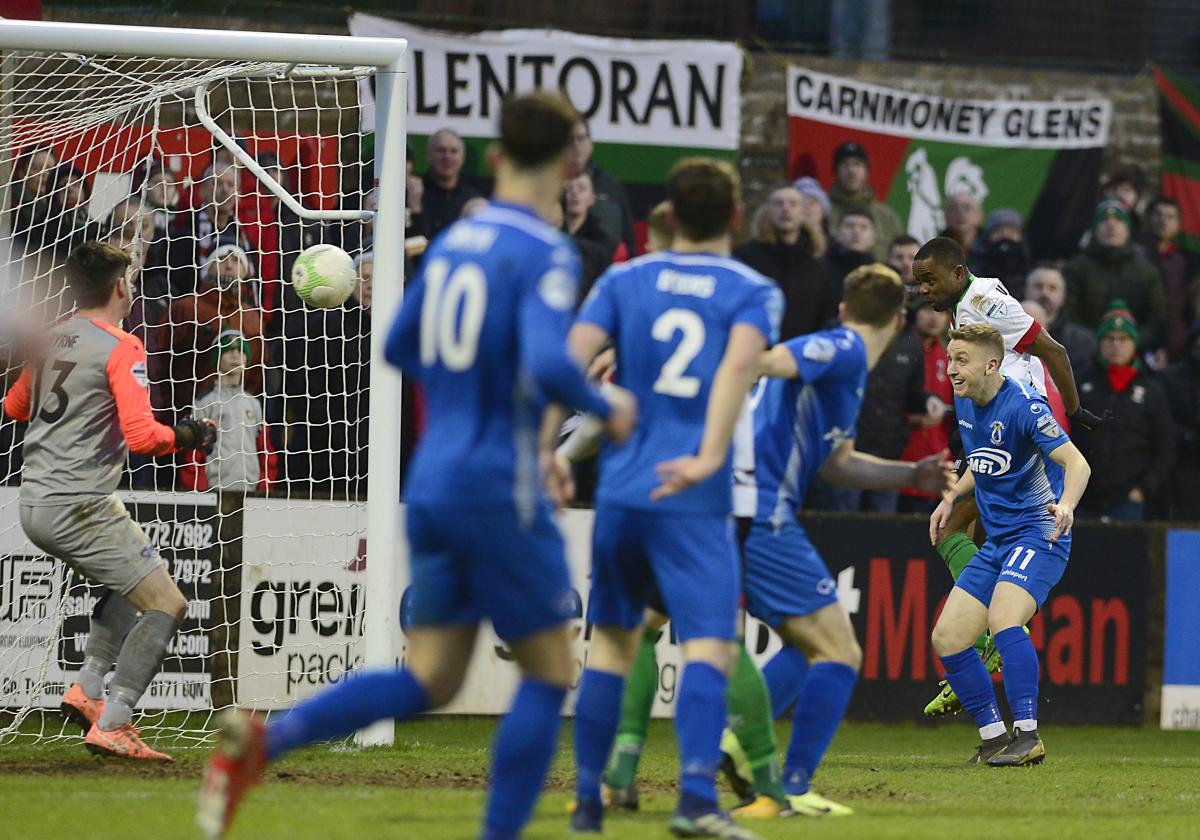 On 53 minutes Chris Gallagher and Navid Nasseri combined well to set up a chance for Hrvoje Plum but the Croatian midfielder's low drive was straight at the Dungannon Swifts keeper. A minute later though the Glens doubled their lead. The move started deep in the Glentoran half with Chris Gallagher winning back possession of the ball and finding Navid Nasseri on the left touchline. Nasseri then picked out Joe Crowe in the centre circle and his pass to Robbie McDaid was swept out to the right to Elvio Van Overbeek. Van Overbeek's first cross was blocked and his second attempt headed clear....only finding Connor Pepper. Pepper's cross looked to be too deep but Chris Gallagher retrieved the ball near the goal line and cut it back to Navod Nasseri on the corner of the 18-yard box. Nsaaeri put a delightful cross to the back post where it was met by Elvio Van Overbeek who gleefully headed home his fifth goal of the season. 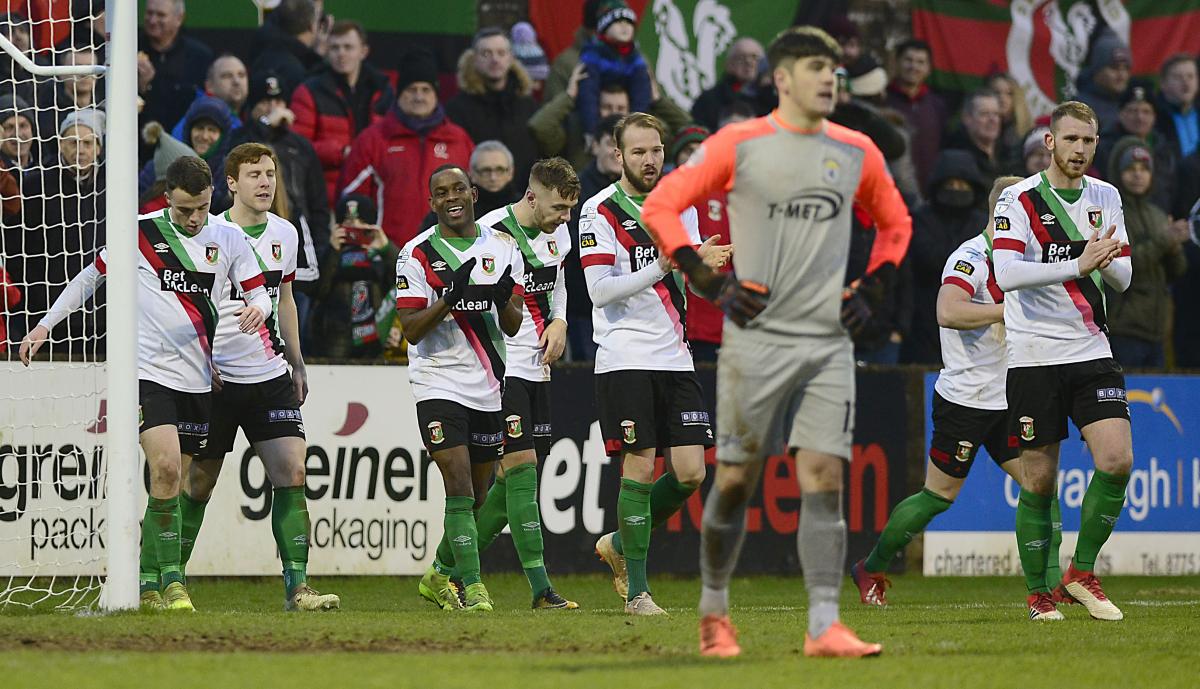 Two minutes later Hrvoje Plum tried to catch out the Dungannon keeper, going directly for goal from a corner. Unfortunately the ball just cleared the crossbar and landed on the roof of the net. The Swifts tried to pull a goal back from a corner of their own on 58 minutes but Dylan King's header was wide of the target. Ben Gallagher then fired over from 25 yards (61) and Ryan Strain then headed straight into the arms of Marijan Antolovic on 65 minutes. With 15 minutes remaining Robbie McDaid broke clear but as he drove into the box the ball seemed to get stuck between his feet. He did get a shot on target though and Conor Byrne was forced to make a decent save. The ball found Van Overbeek though and he forced yet another Glentoran corner. Hrvoje Plum's delivery was perfect and Patrick McClean's header looked like making it 3-nil until the Swifts keeper palmed it away. 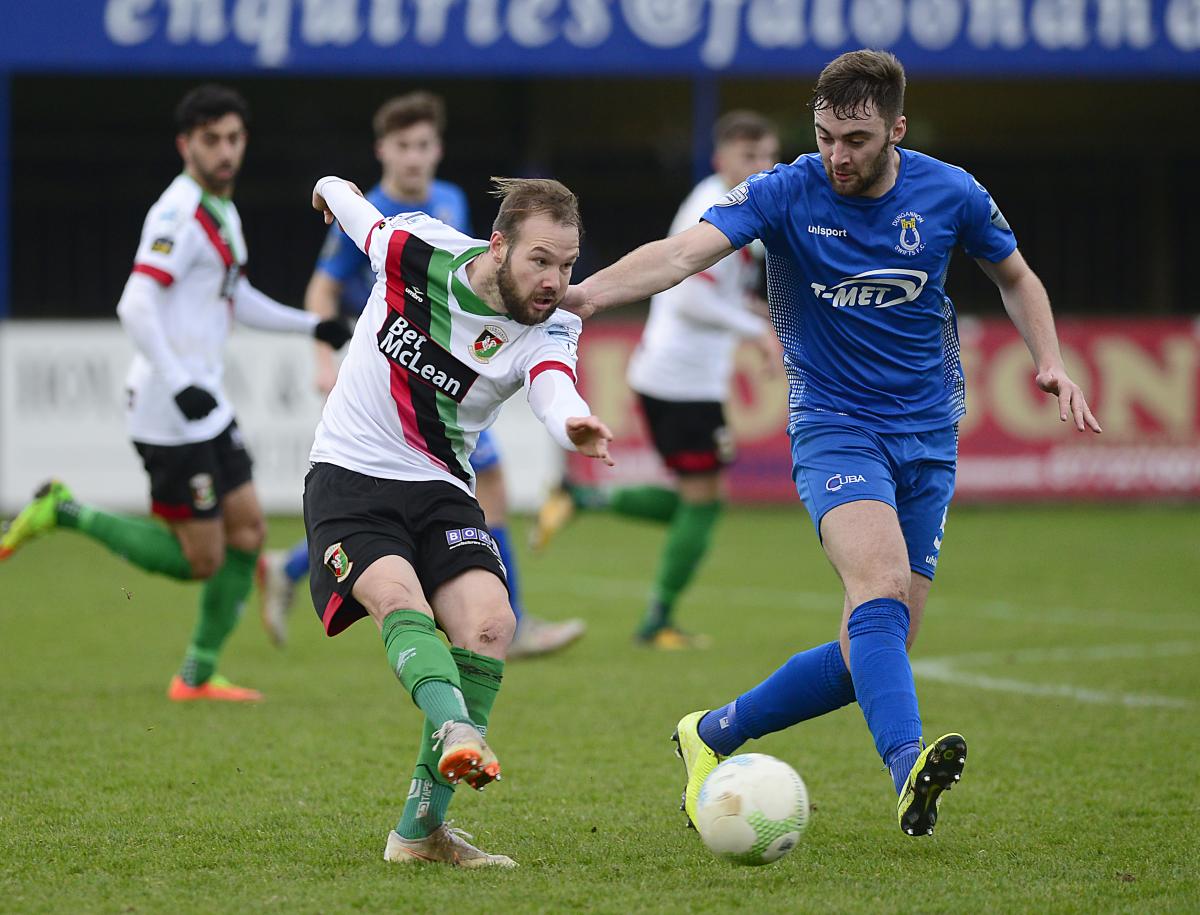 The final chance of the game fell to substitute Jonny Frazer who battled his was past a couple of Dungannon defenders, getting to the by line but then unlucky to see his low strike hit the post. On a day when the top 6 teams were facing those in the bottom half of the table it was essential that the Glens took all 3 points. It wasn't the best performance of the season but it was effective and it was very much a case of 'job done' as we travelled back up the M1. Next up it's the Irish Cup and a home game against Portaown on Saturday. We look forward to having a large crowd of home supporters coming along to hopefully cheers us on to the next round. 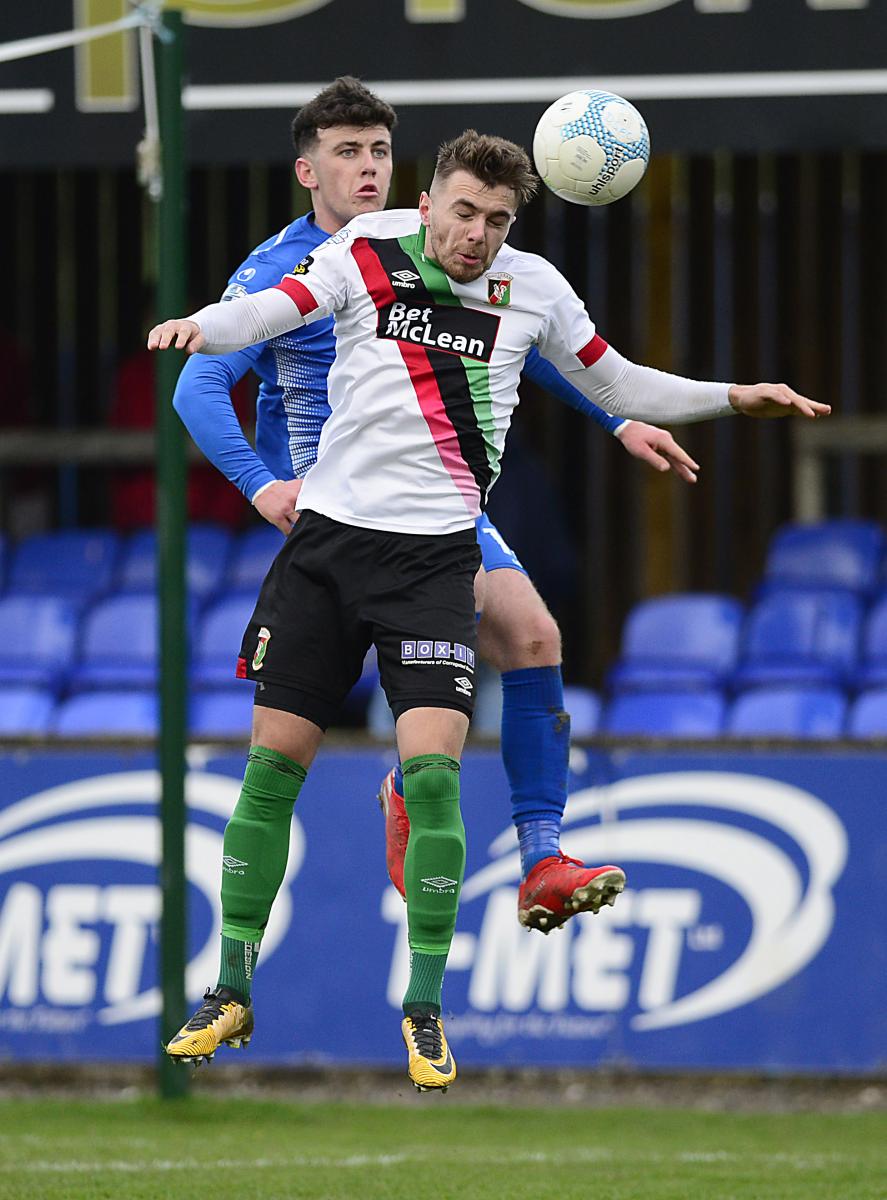 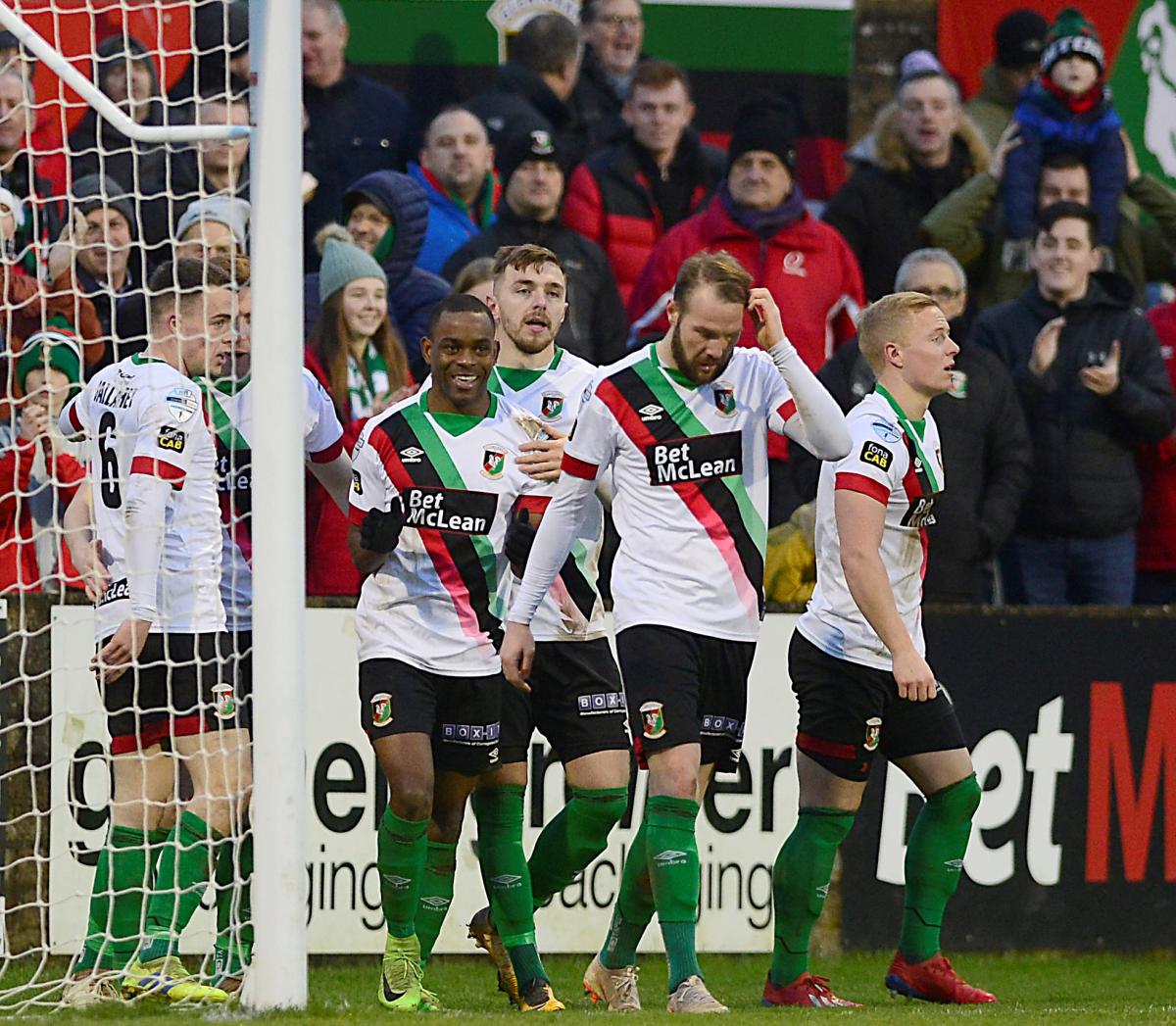 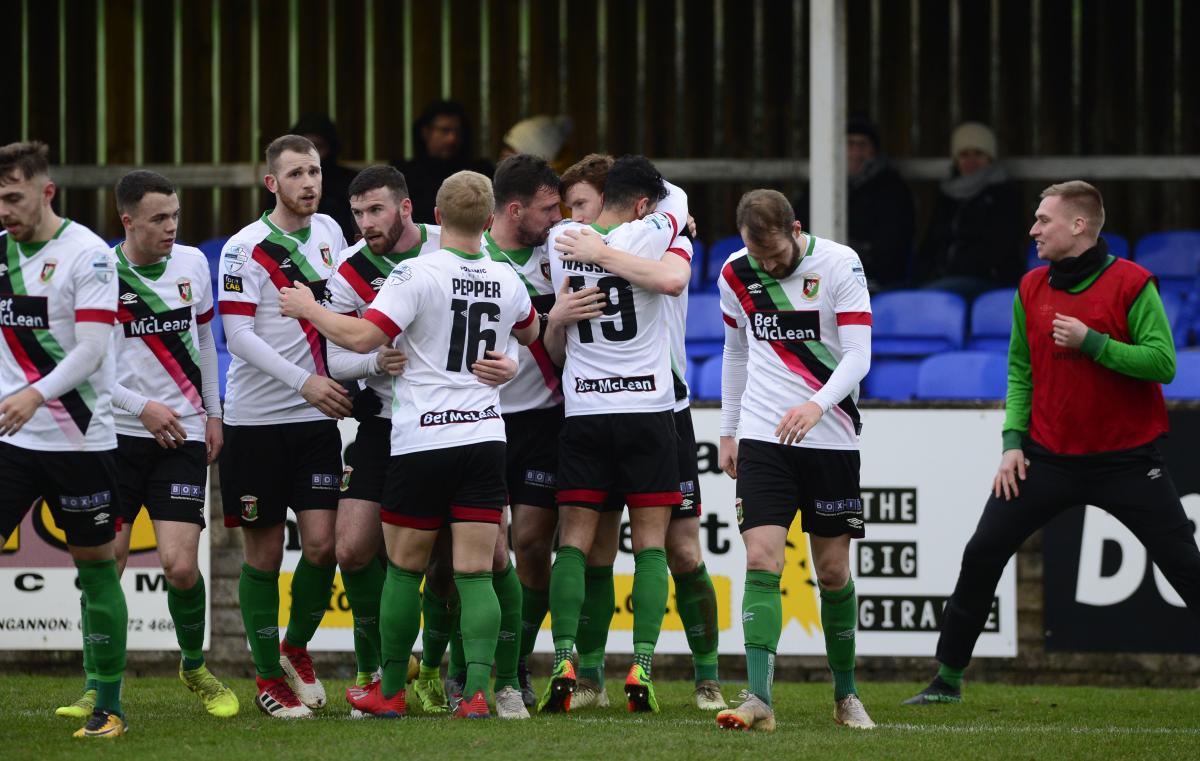