First Glentoran goals from Cameron Stewart and Cricky Gallagher – one in each half – helped Glentoran to a hard worked and convincing win at Solitude this afternoon, our first win there in nearly four years. This extended our unbeaten Danske Bank Premiership run to seven matches. In that period, we have taken nineteen points out of a possible twenty-one, representing our strongest league run since the start of the 2012/13 season.

Glentoran started the game with an unfamiliar setup as Cameron Stewart (replacing Elvio Van Overbeek in the starting lineup) at centre forward with Robbie McDaid and Paul O’Neill either side of him, while Joe Crowe replaces Navid Nasseri in central midfield, giving that area a more physical presence. Finally, with Paddy McClean out through an injury he sustained at raining on Thursday night, Willie Garrett started alongside Gavin Peers for his first league start since the opening day of the season. Calum Burney, out injured since the end of August, made a welcome return to the squad.

The Glens got off to a bright start and this time, with a shot and header from Robbie McDaid both just wide of the post. However, this time, unlike previous recent clashes with the Reds, we turned early pressure into a goal in the fourth minute. Hrvoje Plum dispossessed Rory Donnelly in midfield and quickly slipped the ball to Marcus Kane. Moko quickly found Robbie McDaid out left and continued his run into the Reds box where he then took advantage of a great return ball from McDaid to slip the ball past keeper Richard Brush to Cameron Stewart who confidently flicked the ball through two Cliftonville defenders into the net. One nil to Glentoran. 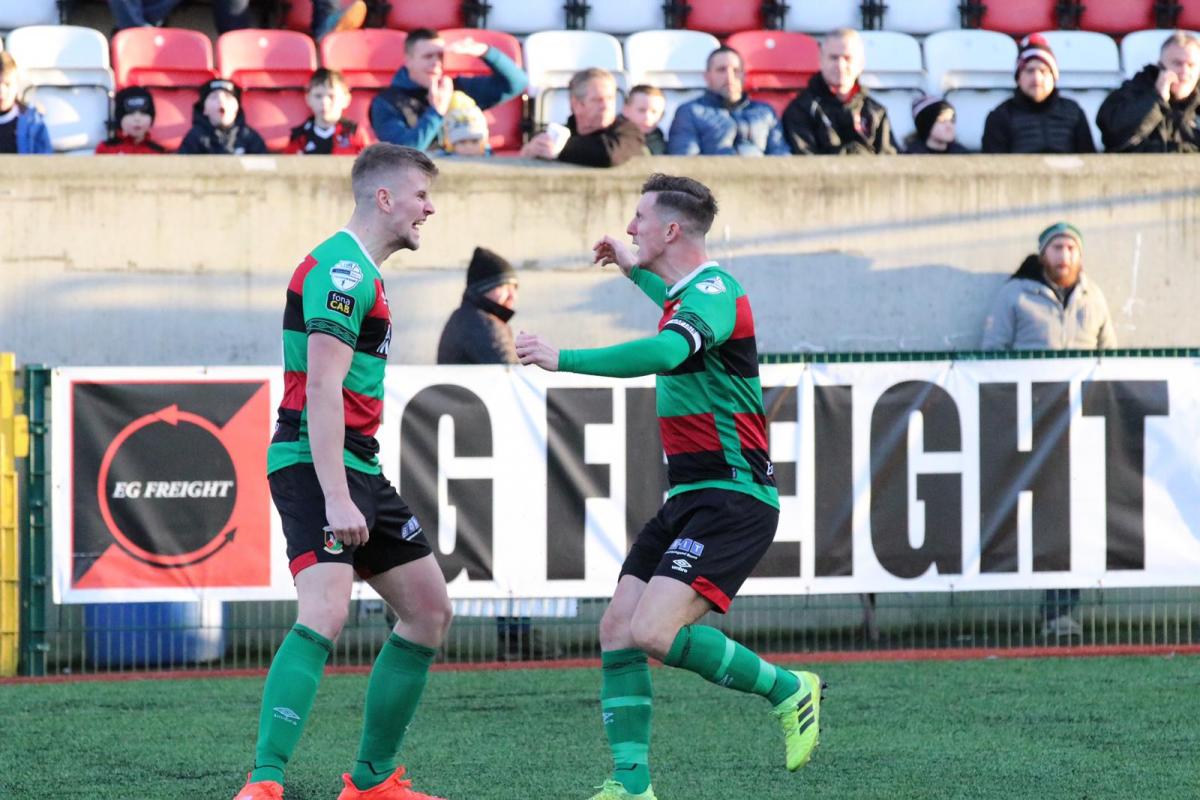 The Glens were well on top for the next twenty minutes or so but there were few clear-cut chances either way. On 27 minutes a great close-range block from Conor Pepper denied the Reds from their first real chance, while ten minutes later Cricky Gallagher shot just wide from long range after good work from Plum. The only other chance of the half was blasted over by a Cliftonville striker following a goalmouth melee from a Reds’ corner.

So, a deserved half-time lead for the Glens with confident, committed performances all over the park 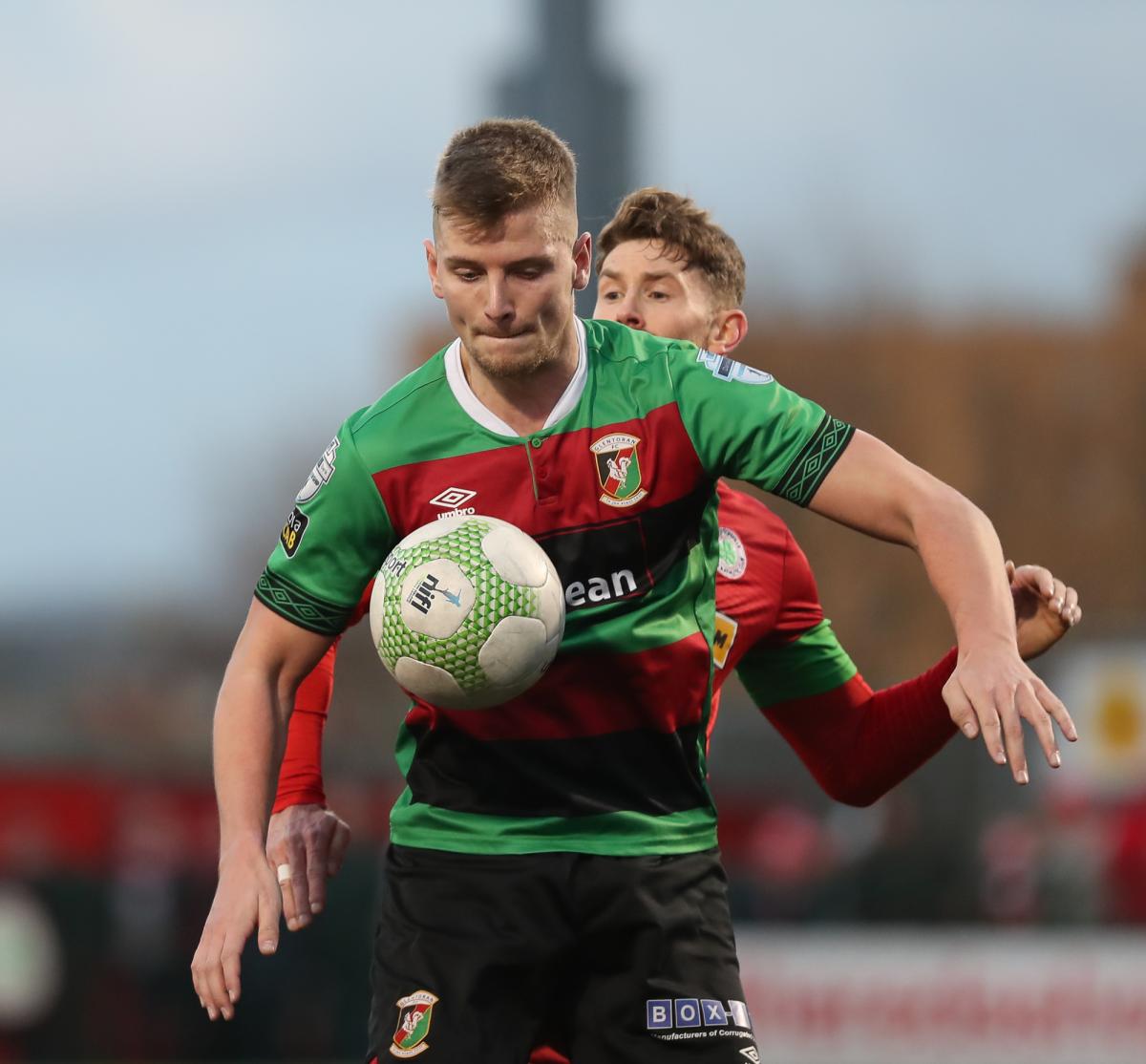 A big difference in Glentoran this season compared to previous years, is the more positive way we’ve generally started the second half. Today was no exception. Again, it was to bear fruit.

The first real incident in the half, was on 50 minutes when Ryan Curran was booked for a high challenge on Conor Pepper. From the resultant free kick came the goal that turned the game decisively in Glentoran’s direction and again the skipper was very involved. Gavin Peers hit a long free kick from his own half into the Cliftonville box.  A reds defender headed clear but only as far as Kane who nodded it straight into the path of Cricky Gallagher on the penalty spot. Cricky easily held off a challenge from Joe Gorman and fired a very accurate left foot shot past Brush and into the bottom corner of the Reds net. An incredibly composed finish by the 20-year old and hopefully the first of many. 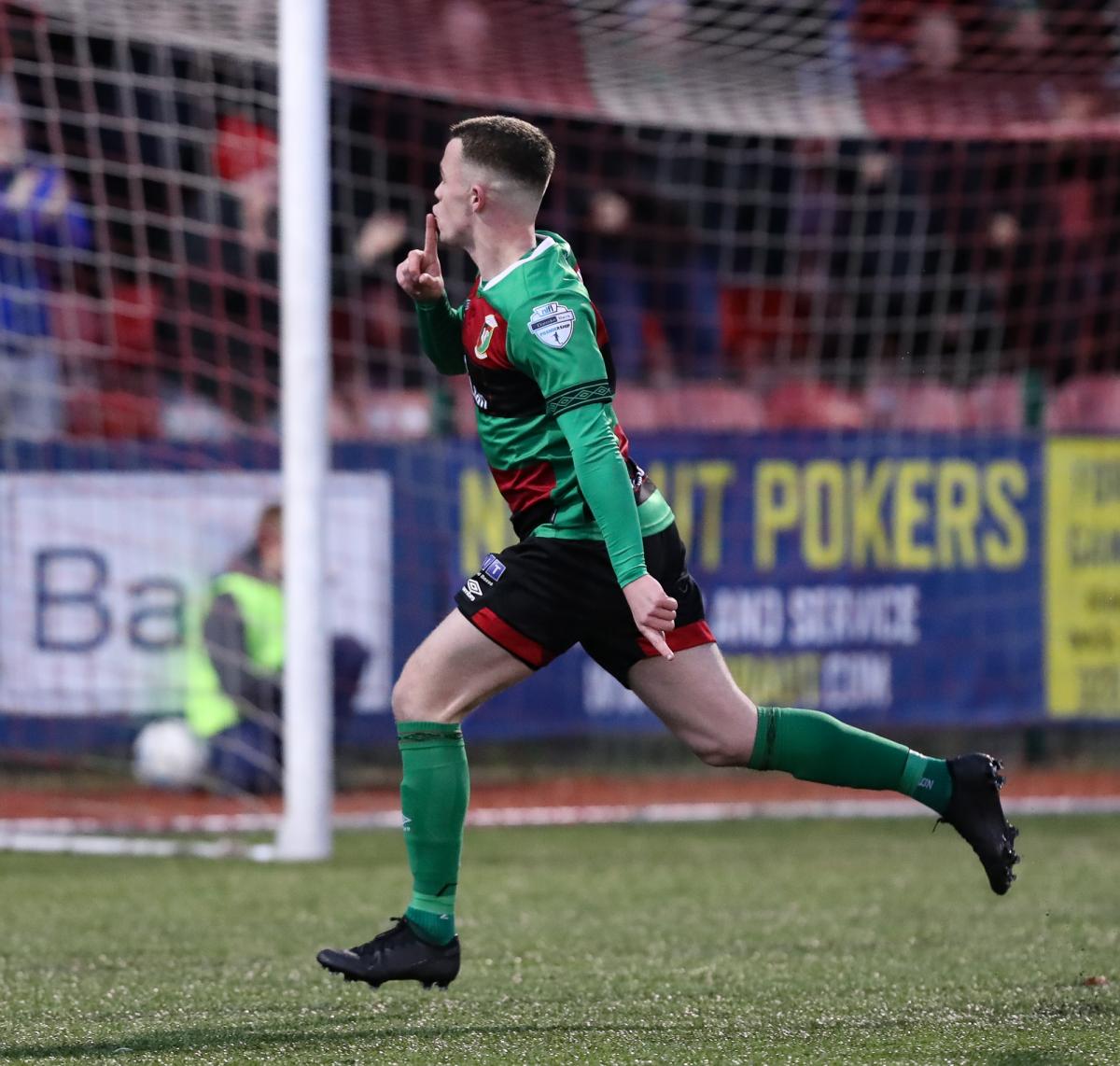 The Reds were shell-shocked but answered back five minutes later with a great effort from Ronan Doherty that went just over the crossbar.

The Glens remained firmly in control with the only blackspot our first booking of the day on 65 minutes when Hrvoje Plum – who was outstanding against a Cliftonville midfield that dominated us just ten days ago – was booked for delaying a Cliftonville free kick. After that Elvio Van Overbook was sent on to give a rest to the hardworking Paul O’Neill.

Both sides had very soft penalty claims denied before Joe Gormley had his best effort of the game. A great shot into the side netting on 75 minutes.

The only real note of controversy in the game came with then minutes to go when Hrvoje Plum was given a second yellow for a check on Thomas Maguire well inside the Cliftonville half. It was a foul but a very soft yellow card that will now keep Plum out of next week’s visit to Coleraine. The booking was also out of character in what was a very clean game. 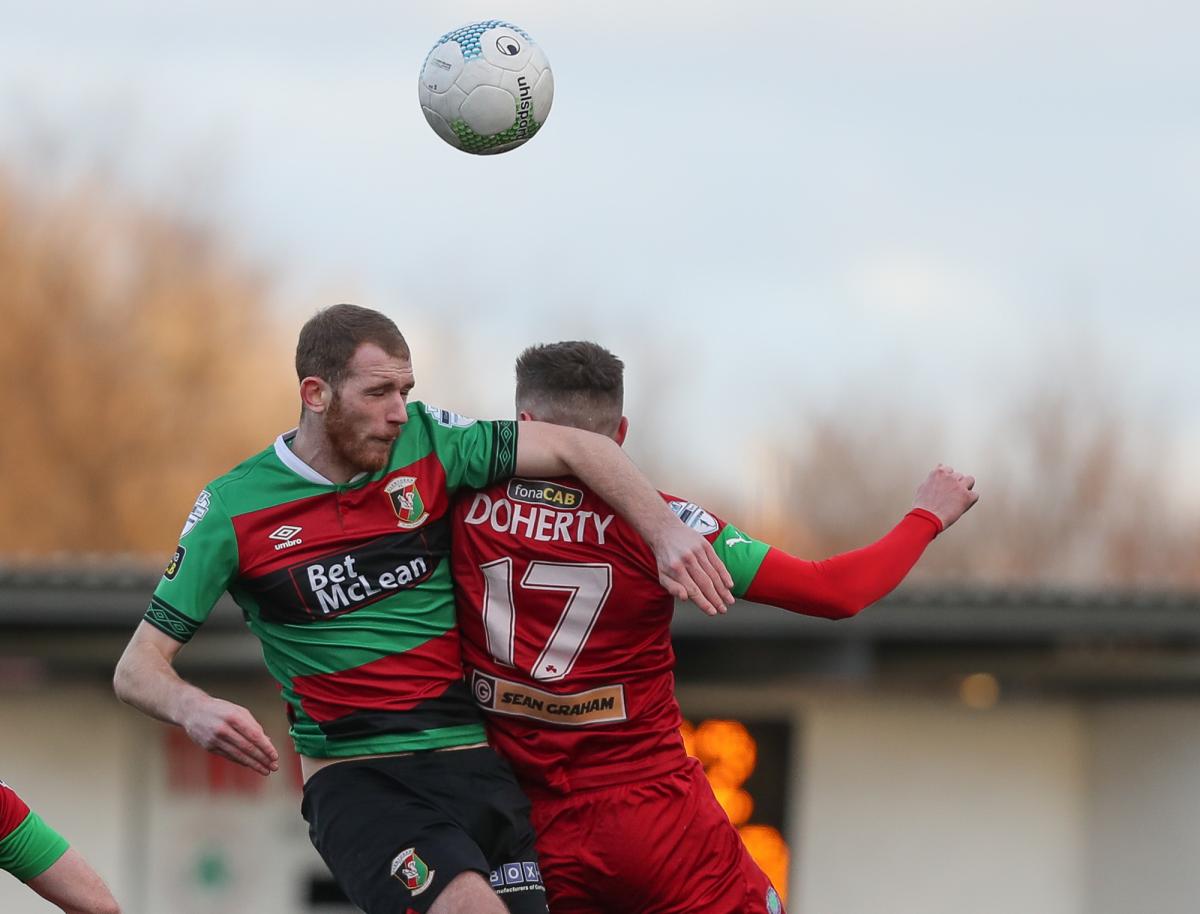 Despite being down to ten men, the Glens never looked in any sort of danger as the game fizzled out with the last ten minutes seeing only a shot from ex-Glenman Conor McMenamin against the crossbar and a Reds “goal” disallowed for a clear handball by Rory Donnelly who was booked for it.

So, a great reaction to last week’s County Antrim Shield defeat at the same venue and a monkey removed from our back after seven straight defeats to Cliftonville. After seventeen games we sit five points off the lead with a game in hand over three of the four teams above us. Wee are the league’s joint third highest goalscorers and we are two places and nineteen points better off than the same stage last season. December has some very challenging fixtures, but we should go into the month in high spirits after today’s excellent all-round performance and big confidence boosting result.

Photographs by PACEMAKER and JB PHOTOGRAHY 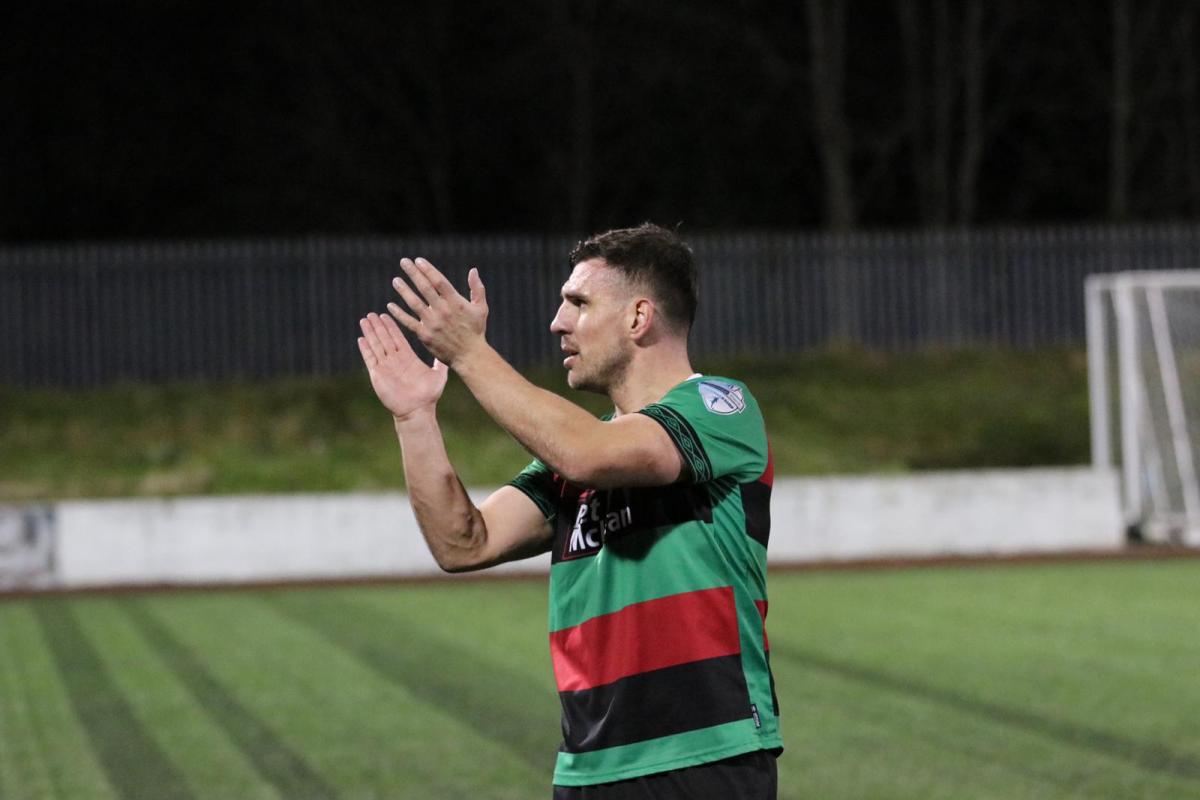 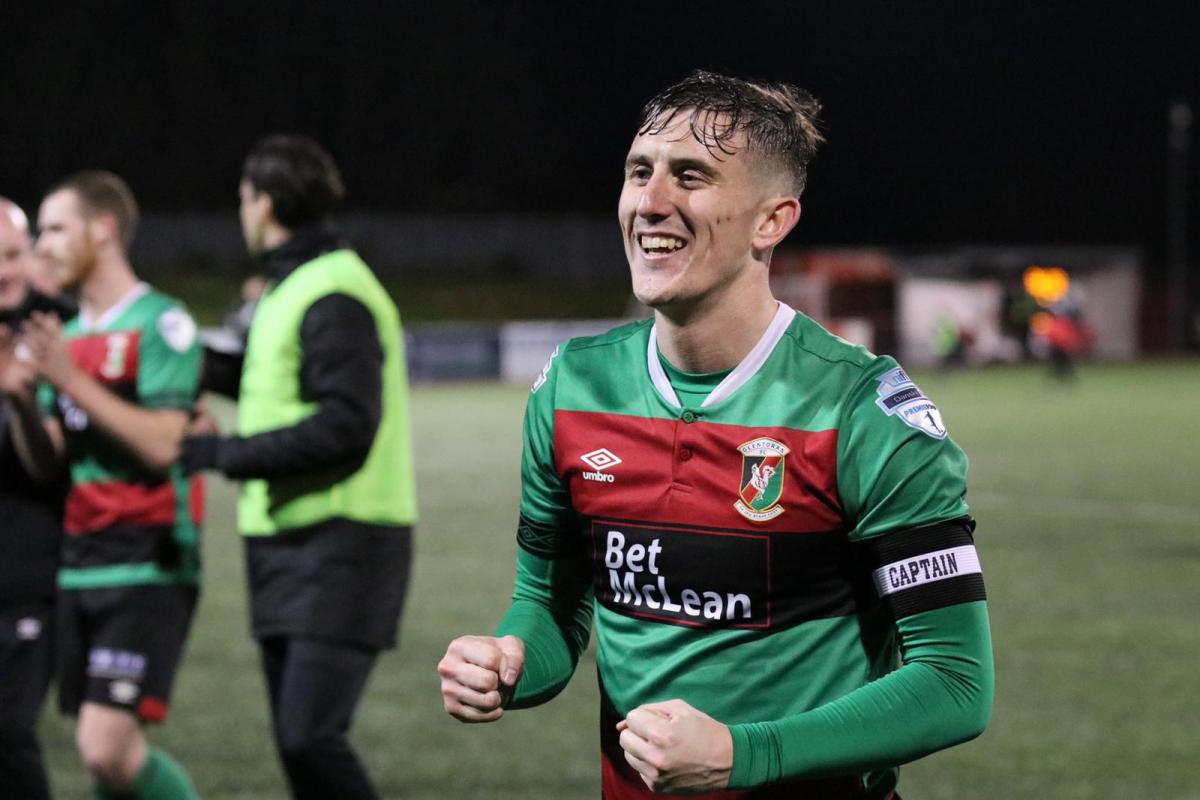 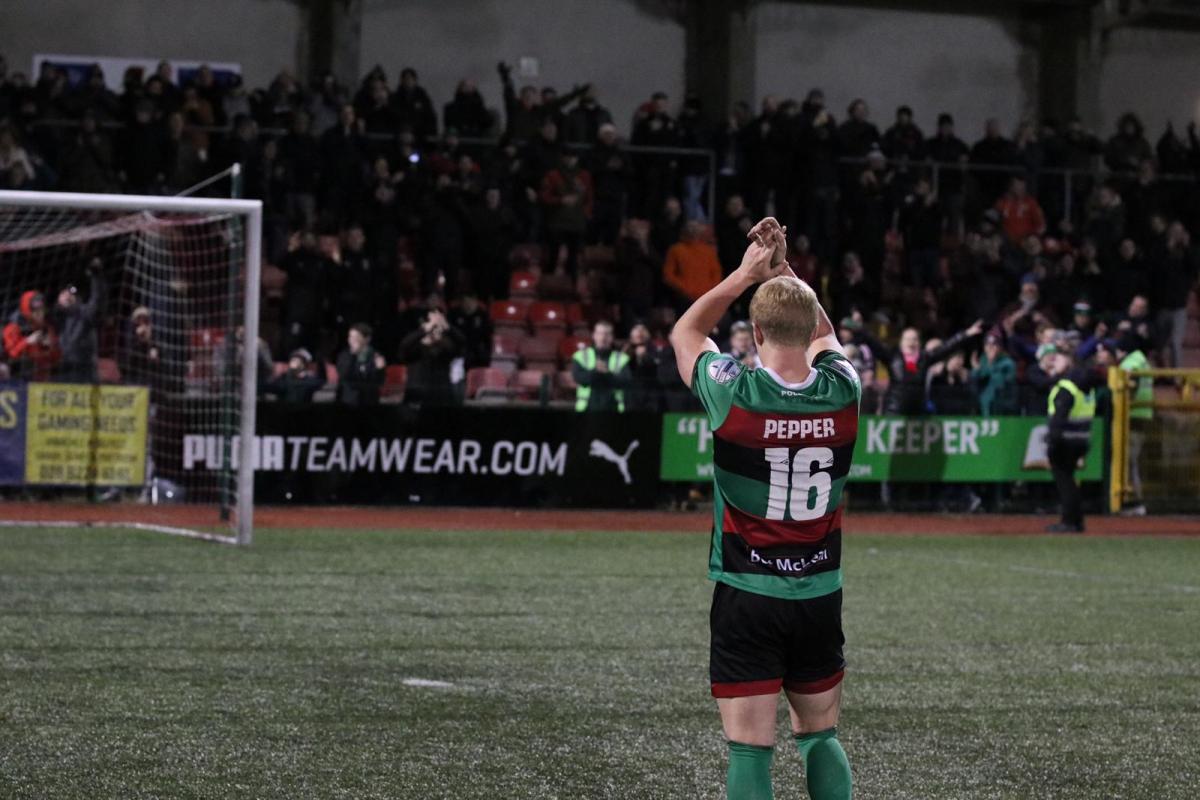 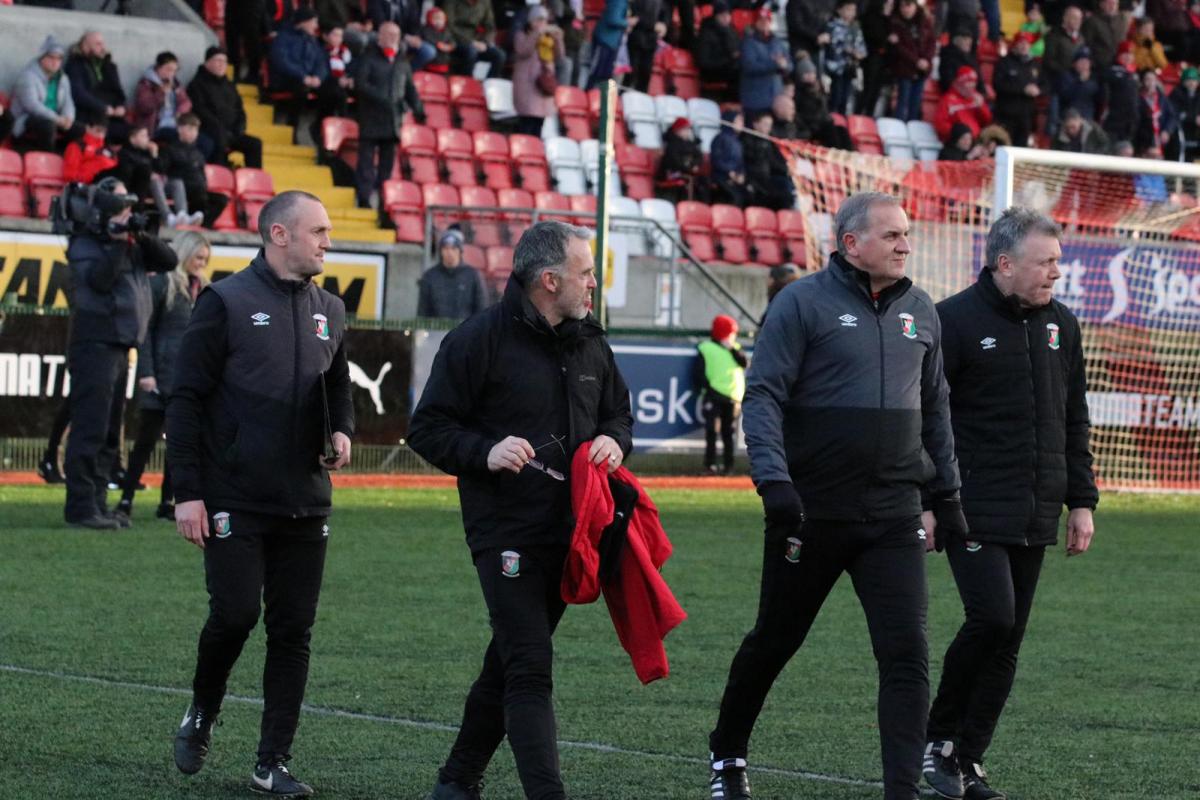 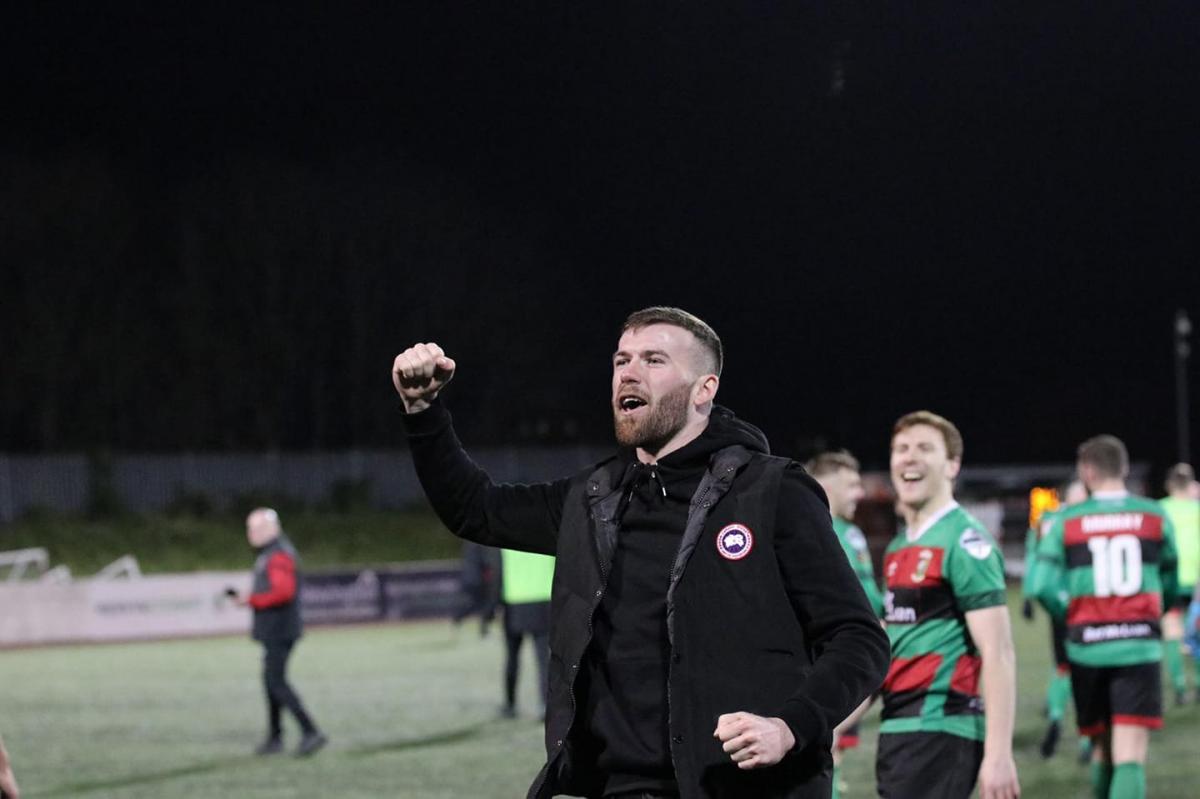