It was a day when football, rightly, took a back seat. A day when both the Carrick Rangers and Glentoran families stood together, united in grief.  The loss of Jerry Thompson and Harrie Kane, infant son of our skipper Marcus, has touched us all deeply and we struggle with the big question. Why?

There are no words. All we can do is stand alongside the families who are devastated. We assure both of them, you remain in our thoughts and prayers, both now and in the days to come.

The game itself wasn't a great spectacle with both sets of players perhaps with their focus elsewhere. Carrick had a couple of early chances but without really testing Marijan Antolovic. In the home goal, Aaron Hogg had to be at his best to keep out a Hrvoje Plum free kick on 17 minutes, saving the initial shot and then gathering the ball as Robbie McDaid closed in.

Carrick had a let off early in the second half. Robbie McDaid's pace took him clear on the left. He cut into the box and fired the ball across goal. Aaron Hogg did well to keep it out but as Darren Murray closed in, Lee Chapman passed the ball back to his keeper. The Glentoran players claimed it was a back pass and the look on Chapman's face suggested he knew it was. Referee ** decided otherwise though and the chance was gone.

Mick McDermott made a couple of changes around the hour mark, Elvio Van Overbeek replacing John Herron and Cameron Stewart coming on for Darren Murray. Van Overbeek's introduction allowed Navid Nasseri, who had been Glentoran's most dangerous player to that point, to move into a more central role and it would eventually reap dividends.

The next chance though fell to the home side with Michael Smith firing just over the top on 65 minutes from just inside the area. Glentoran continued to look the more likely to break the deadlock though with top scorer Robbie McDaid going close on a couple of occasions. 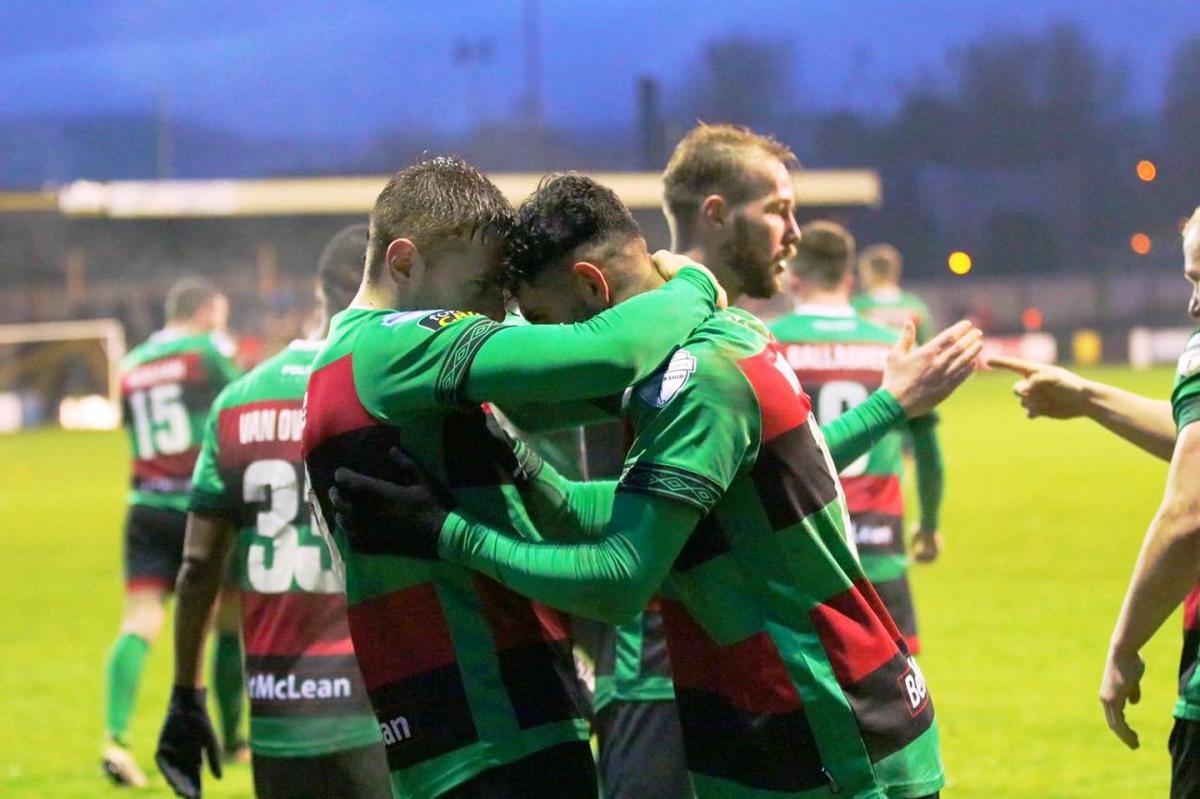 The winning goal came on 73 minutes. Connor Pepper found Navid Nasseri and his flick inside set up a chance for Hrvoje Plum. The Croatian's powerful effort was well kept out by Hogg but fell to Nasseri who drilled it past the helpless Carrick keeper from just inside the area. 3 minutes later it was almost 2-nil but this time hogg did really well to keep out Van Overbeek's effort.

In the dying minutes the lively Van Overbeek created an opportunity for Cameron Stewart. His shot was blocked well by the home defence and they also did well to keep out Plum's follow up piledriver. In the 4 added minutes Glentoran did well to see out the game. The only further opportunity fell to Robbie McDaid but again Hogg did well to turn the ball behind for a corner.

So it's 10 games unbeaten for the Glens in the Danske Bank Premiership and next up is the Boxing Day clash with league leaders, Linfield.