Kym Nelson's strike, early in the second half, earned the Glens all 3 points at Shamrock Park and moved them up to 6th place in the Danske Bank Premiership.

Following the bitter disappointment of last week’s defeat at The Oval, a large contingent of Glentoran supporters made their way to Shamrock Park hoping for a better performance from their wee team and getting the league campaign properly started.

It is often said that football can be a game of two halves and this certainly proved to be the case this afternoon.

The first half started in dull, wet, winter like conditions and this was reflected in the football played by both teams. It appeared that not losing was of prime importance with a lot of back passing around the mid field area. There were some early rash tackles with the referee giving players the benefit of the doubt on the greasy difficult surface. However ex Glentoran player Niall Henderson did manage to get himself booked just before the break. 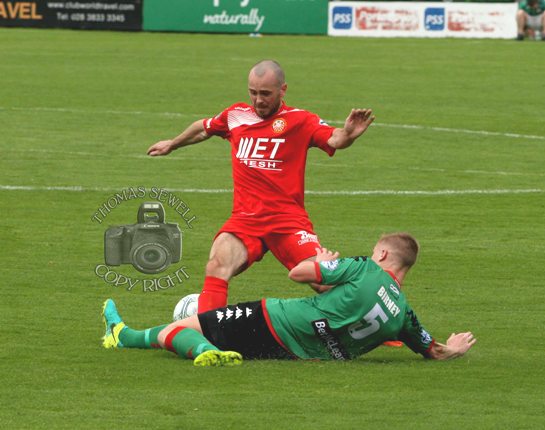 Incidents were few and far between, however it was becoming apparent that Chris Lavery was looking lively on his return following suspension. Elliott Morris had to be on his mettle after Mark McAllister had broken clear and the ball fell nicely to Stephen Hughes who fired off a goal bound shot only to be well saved by the Glens’ keeper. Truth to tell neither keeper was really overworked during the half and as the supporters drifted towards the chip van the ref blew for half time, 45 minutes which will not last long in the memory.

As the sun came out at the start of the second half, everyone hoped for better fare and that is just what they got. 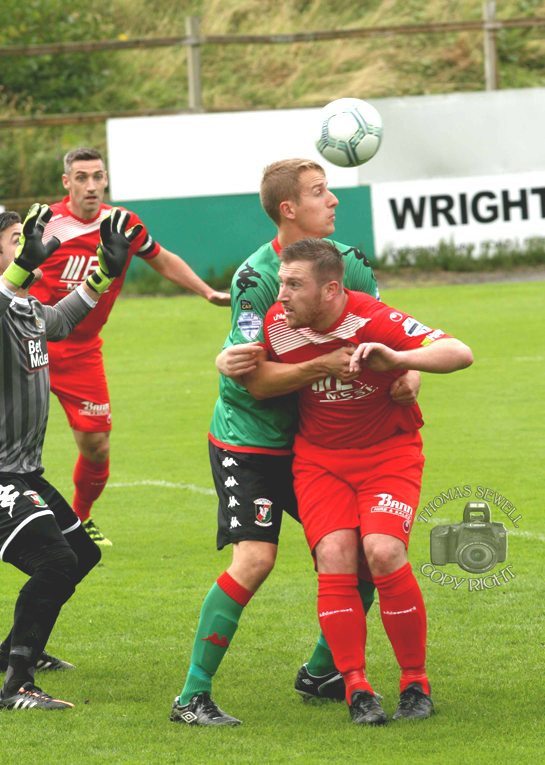 The half started at a much higher tempo, with the half time cuppa clearly inspiring the players. There was now much more forward probing by Glentoran, with both fans and players being frustrated by a series of off side decisions.

After 7 minutes of play the increasingly impressive Chris Lavery collected the ball in midfield, put it through to the advancing Kym Nelson who used his strength to shrug off several ineffective tackles and slotted the ball along the deck past the stranded keeper. A great goal which sent the travelling support into raptures!

Portadown responded shortly afterwards with a raid down the right hand side, a deep ball was whipped long across the goal mouth only for the unmarked number 15 to miscue his shot. A let off and a warning that the lead was fragile!

Following this Glentoran settled and became more dominant with once again Lavery being a thorn in the side of the Portadown defence who were having difficulty in dealing with his direct running towards goal.

Another good chance arrived 24 minutes into the half. A good corner by Jonathan Smith floated into the danger zone and was glanced down in the goal mouth by the enthusiastic Jay Magee who was acting captain for the day. The ball was returned into the box, with Magee challenging the keeper in a brave one to one. The referee however saw this as a foul and harshly booked him.

The sight of Nacho Novo warming up encouraged the vocal Glentoran support further and he duly replaced Jonathan Smith who had put in a good shift. At the same time Caldwell replaced Nelson who, although injured, remained unaware the substitution had been made.

As the game entered its final phase, Glentoran increased their dominance. This frustrated the Portadown players who made some rash tackles with Nacho Novo coming in for some particular attention. The inevitable happened when Henderson made an unnecessary lunge on Foley, and as he had already picked up one in the first half the referee had no choice but to produce red.

The 4th official indicated 6 minutes extra time but the Glens were in no danger of surrendering the 3 points.

What a difference a week makes in football. This time the team were applauded off the field, job done, 3 points and back to East Belfast. Let us hope that this is the kick start that our season needs. 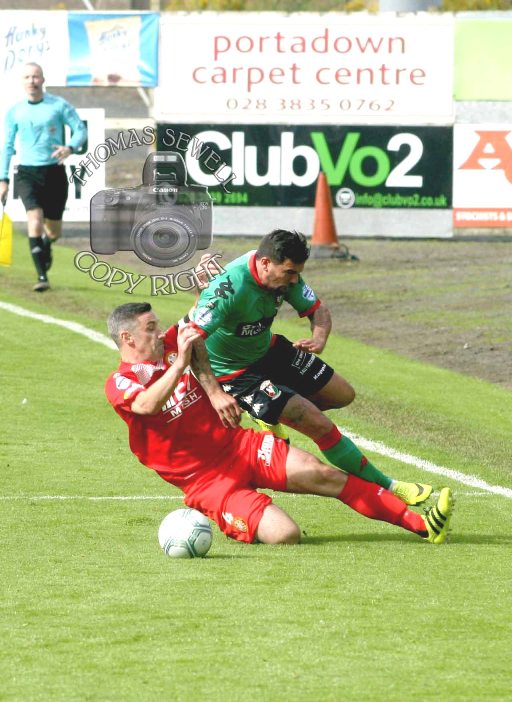 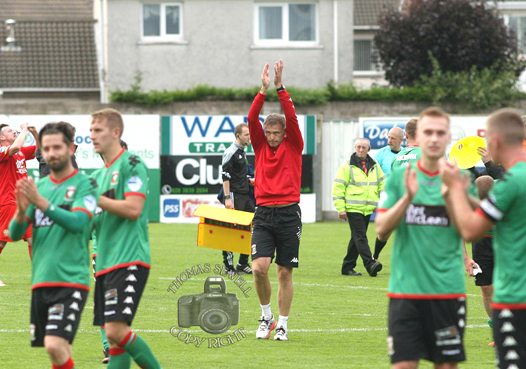