Following Alan Kernaghan's resignation in wake of the League Cup exit to Annagh United, Glentoran once again turned to former boss Roy Coyle to take the side on a temporary basis while the new manager recruitment is undergoing. 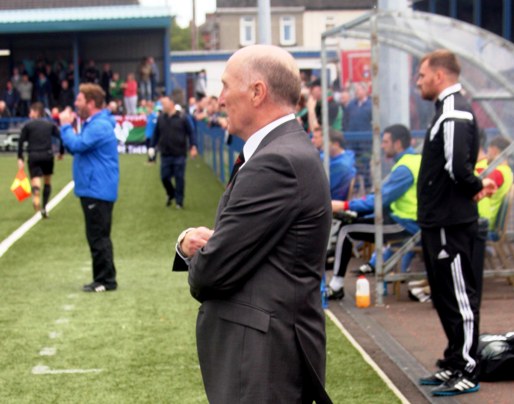 Coyle's first game back in charge was a trip to high-flying Ards, surprising most people with their good form early season. Following an opening day draw with Cliftonville, Ards won three games in a row although had been beaten on their previous two outings against Glenavon and leaders Crusaders. Glentoran entered the game with three defeats in our last five league games. Team news saw Stephen O'Flynn, Marcus Kane and Curtis Allen all ruled out alongside long-term absentees Stephen McAlorum and Willie Garrett. Aaron Smyth was suspended internally for the game as well. Glentoran lined up with a more familiar back four with Steven Gordon filling in for Smyth at right back. Alex Leu made his first team debut since his international clearance from Moldova was confirmed. He started on the left hand side of midfield. Nacho Novo was partnered in attack by Chris Lavery. 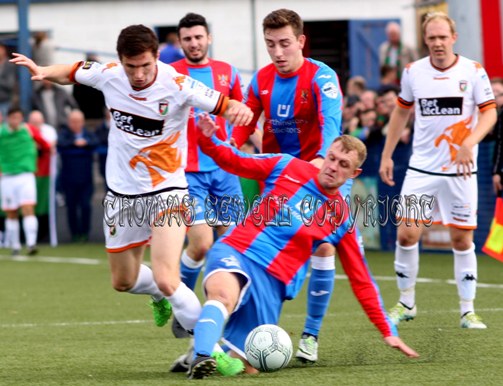 Glentoran's low confidence and nerves were clear kicking a long ball straight into touch within the opening seconds of the game. Ards got off to the much better start, finding an alarming amount of space in the Glentoran box with Elliott Morris making a good early stop to deny Ards the lead. However Glentoran's resistance didn't take long to be broken, going behind after just six minutes. Two former Glentoran players combining with Kyle Cherry whipping in a corner which was simply headed home by the unmarked Jonny Taylor. It was far too easy for Ards and Roy Coyle looked visibly shocked at how someone of Taylor's aerial threat was left open.

The first half struggled to see much more action with neither side able to take control. Glentoran were wasteful in possession and and often resorted to long balls with little control, sailing harmlessly over Novo and Lavery easily into Aaron Hogg in the Ards goal. Ards had a half chance in the 26th minute when a cross from the left hand side wasn't cleared and bounced in the middle of the box and was headed just wide by Joe McKinney. 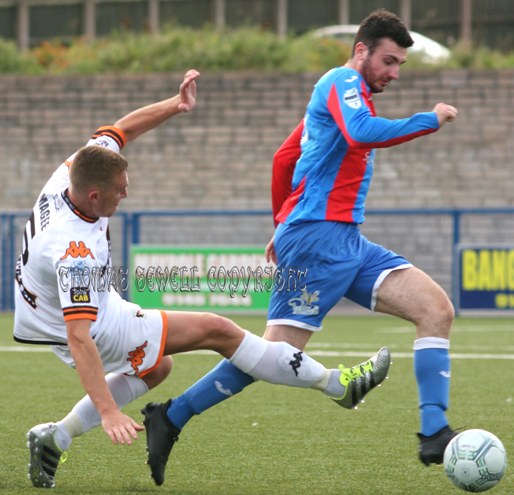 It took to the 38th minute for Glentoran to produce anything noteworthy, Ciaran Caldwell drifted in-field and linked up well with Chris Lavery who finally broke through the Ards line. From a tight angle Lavery smashed the ball across goal but Hogg read it well and blocked the cross before anyone could reach at the back post. Half time 1-0 Ards.

The second half started with a bit fresher hope for The Glens. The tempo was certainly lifted and Glentoran started to find space which couldn't be exploited in the first half. Nacho Novo started to take control of the game and was clearly the biggest threat to the Ards defence. On the 52nd minute Novo and Caldwell played a neat combination setting Novo through the Ards defence. Jonny Taylor made life difficult for the Spaniard but Novo managed to turn and pass across goal but was cleared with a last ditch challenge. The clearance didn't give Ards much respite with Novo getting the ball less than a minute later but his own effort flew high and wide this time.

On 55th minute the pressure continued. Eric Foley floated a perfect ball through the Ards defence setting Novo clean through. Hogg came out the winner though, making himself big and blocking Novo's goalbound effort. In the aftermath Hogg palmed an Alex Leu cross up in the air, frustratingly just out of Novo's reach. 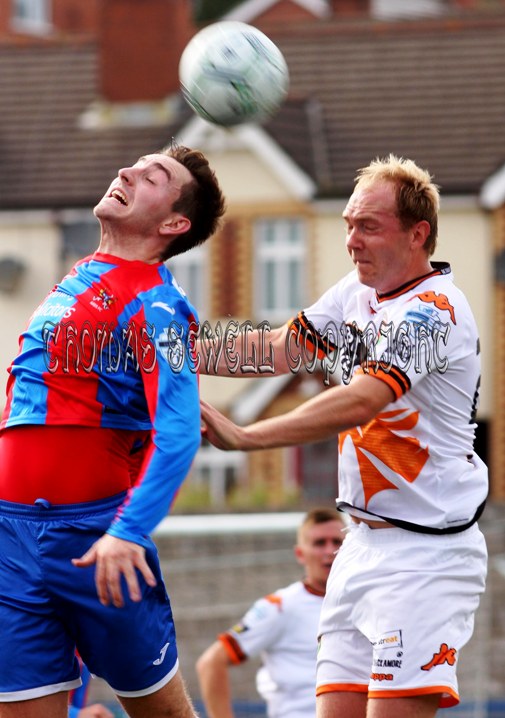 On 59th minute the pressure mounted once more. Eric Foley this time shooting from distance, his effort looked to be going harmlessly over but dipped remarkably at the end, narrowly missing the crossbar. Novo and Foley both rallied the fans who responded. It was one of the most encouraging 15 minute spells of the season.

However, such is Glentoran's pattern this season, poor defending ended the game as a contest on the 69th minute. Once again it was all too easy for Ards and frustrating as Ards had offered very little until this point in the second period. Greg Hall got free too easily on the right hand side and played a ball into the box to Joe McKinney. McKinney's shot was well saved by Morris but fell loose to the waiting Ross Arthurs, only substituted off the pitch a minute previously. He smashed home to the empty net leaving Glentoran players on the ground and fans into frustration. 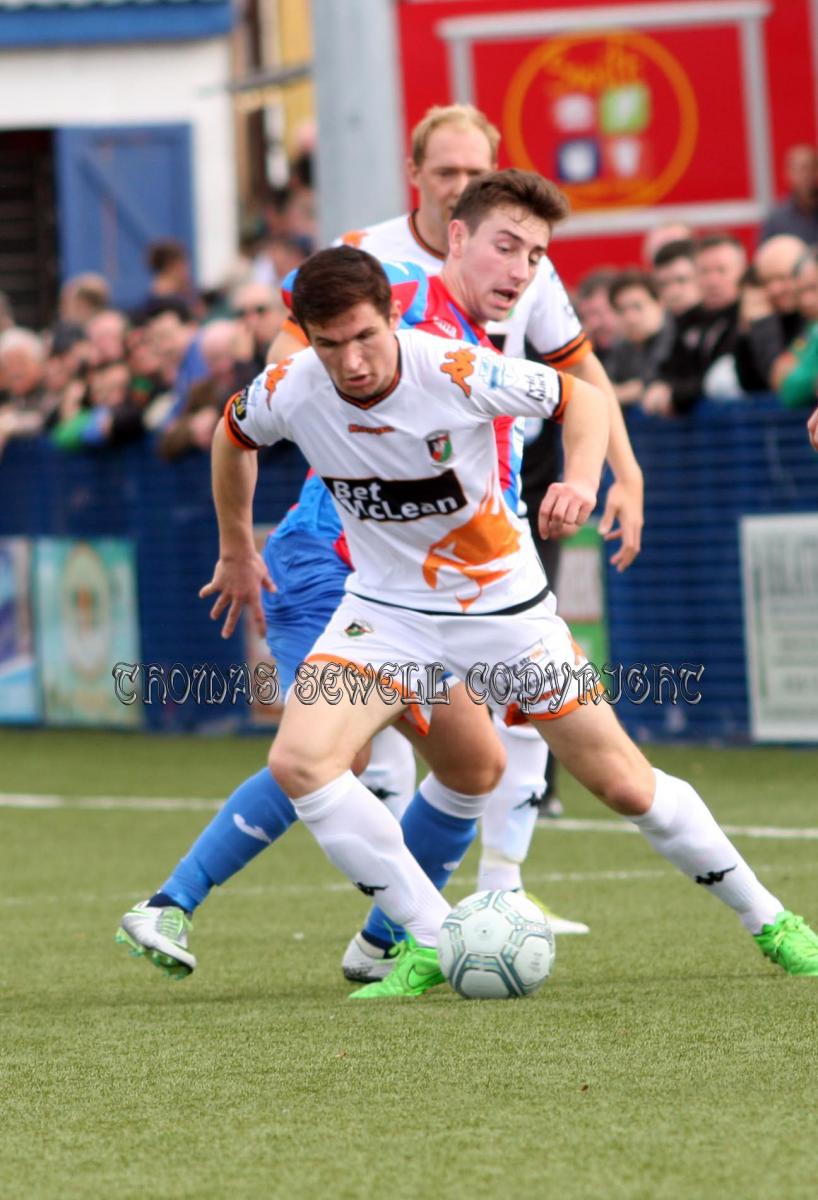 From that point on it is safe to say Ards was a clear winner as Glentoran stopped. Elliott Morris twice was forced into good saves to prevent further embarassment in another disappointing display.

A fourth defeat of the season already and Glentoran are in desperate need a confidence boost. Hopefully that will come this Tuesday against Glenavon at The Oval.