Glentoran and Ballymena United played out a 0-0 draw at a wet and windy Showgrounds this afternoon. The Glens were dealt a double blow before kick-off. Elliott Morris, who had missed training on Thursday evening with a neck injury, aggravated it in the warm up and had to be replaced by Aaron Hogg. It was a similar tale with Jay Magee who had been suffering with an ankle knock. Colin Nixon came into the back line for Magee.

First half chances were few and far between on a difficult surface. On 7 minutes good work from Stephen McAlorum set Jim O’Hanlon free on the right. O’Hanlon got to the by-line and fired a dangerous ball across the 6-yard box but there was nobody there to take advantage. It was a similar story on 17 minutes; this time it was Sean Ward’s cross but the United defence were able to clear. Gary Liggett tried his luck from 35 yards (21) but Aaron Hogg tipped his shot over the bar. A risky back pass from skipper, Colin Nixon, almost gave David Cushley an opportunity but Hogg was out quickly to clear the danger. With 40 minutes played a great one-two between Richard Clarke and substitute Kevin Bradley (who had replaced the injured Sean Ward just after the half-hour) almost resulted in a goal when Bradley’s cross was headed just wide of his own goal by David Munster. In stoppage time Stephen Carson was on target from 20 yards but his effort lacked the power to trouble Dwayne Nelson. 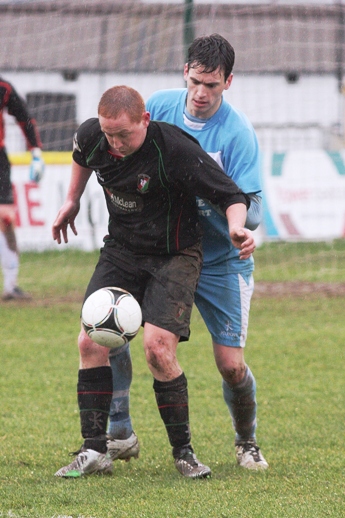 Ballymena United captain, Allan Jenkins picked up a yellow card for a poor challenge on Andrew Waterworth on 49 minutes. The free-kick was played into the United area and Colin Nixon was wrestled to the ground as he moved towards the loose ball. Referee Colin Burns remarkably signalled a corner much to the frustration of the Glentoran players, management and supporters. Waterworth headed wide of the target (61) from Carson’s cross and then Richard Clarke (67) had a goal ruled out for offside. With a quarter of an hour remaining a dangerous ball into the box was headed down by Nixon but Stephen McAlorum couldn’t keep his shot on target. Ballymena United were reduced to 10 men with 11 minutes remaining; David Cushley picking up a second yellow card for a rash challenge on Jimmy Callacher. Glentoran dominated possession in the closing stages but failed to find a way past a hobbling Nelson in the home goal. Nixon shot straight at the Ballymena keeper (84) and then Howland’s header went wide from Waterworth’s excellent cross (85). Andy Waterworth out-paced the defence to latch on to a ball over the top but Nelson, at full stretch, managed to tip Andy’s goal bound effort away for a corner. In the final minute of added time the ball fell to substitute, Carl McComb in the area. McComb couldn’t have hit his volley any sweeter but unfortunately it was straight at Nelson. 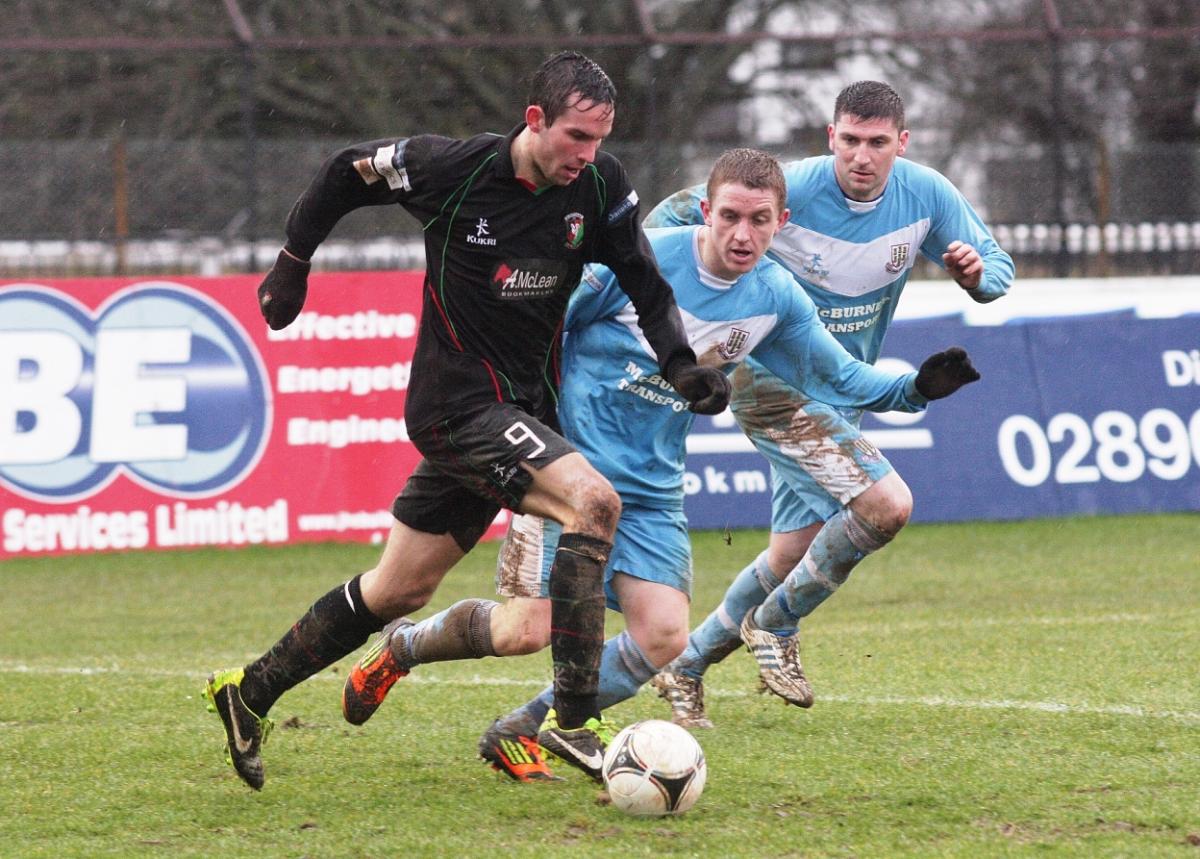