Another goal from Robbie McDaid saw Glentoran come from behind to take a deserved point at the Newry City Showgrounds as the two teams finally met up at the third attempt. 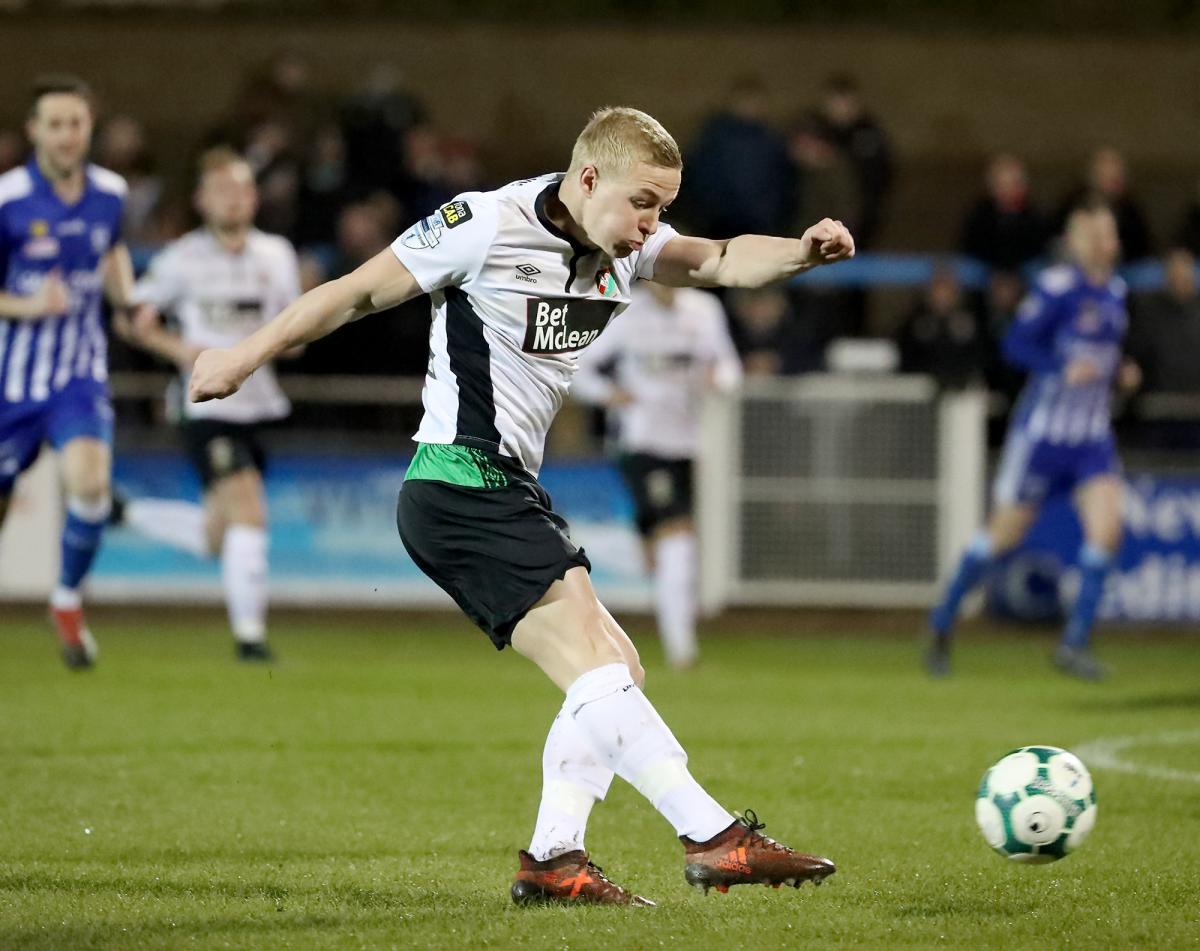 Glentoran's midfield dynamo, Connor Pepper came really close to opening the scoring with 8 minutes on the clock. His 25 yard drive looked destined to find the bottom corner of the net but Steven Maguire in the home goal got down well and turned the ball around the post for a corner. 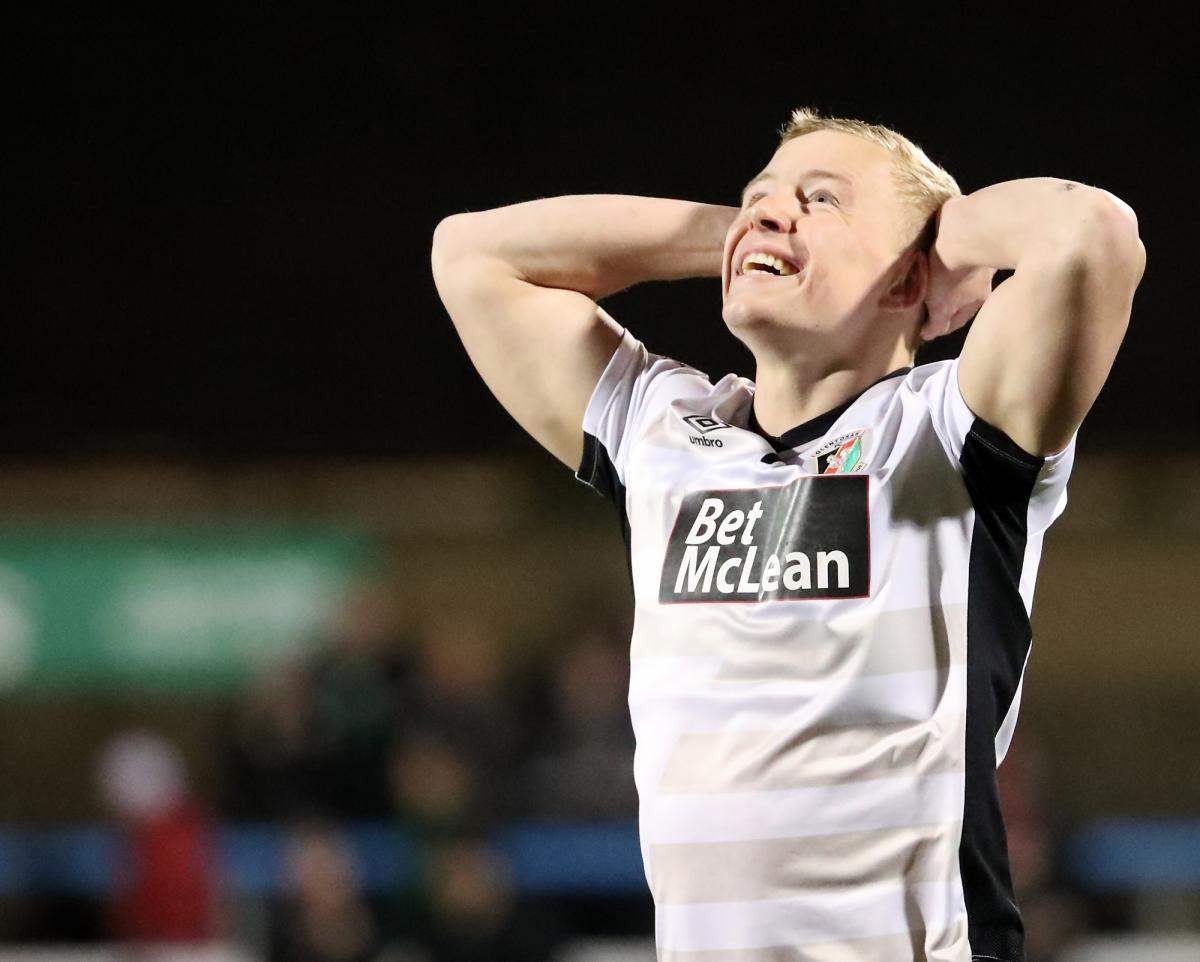 2 minutes later the home side, somewhat fortuetously, went in front. A shot from the edge of the penalty area from Mark Hughes took a big deflection of Stephen Hughes, wrong footed Dwayne Nelson and the ball ended up in the back of the net. Before the quarter hour mark Mark Hughes was perhaps fortunate not to see a red card following a two footed lunge on Gavin Peers; referee Gregg considering it worthy of just a yellow. This was quickly followed by a late tackle on the far touchline by Stephen Hughes on Marcus Kane. This time the official took no action! 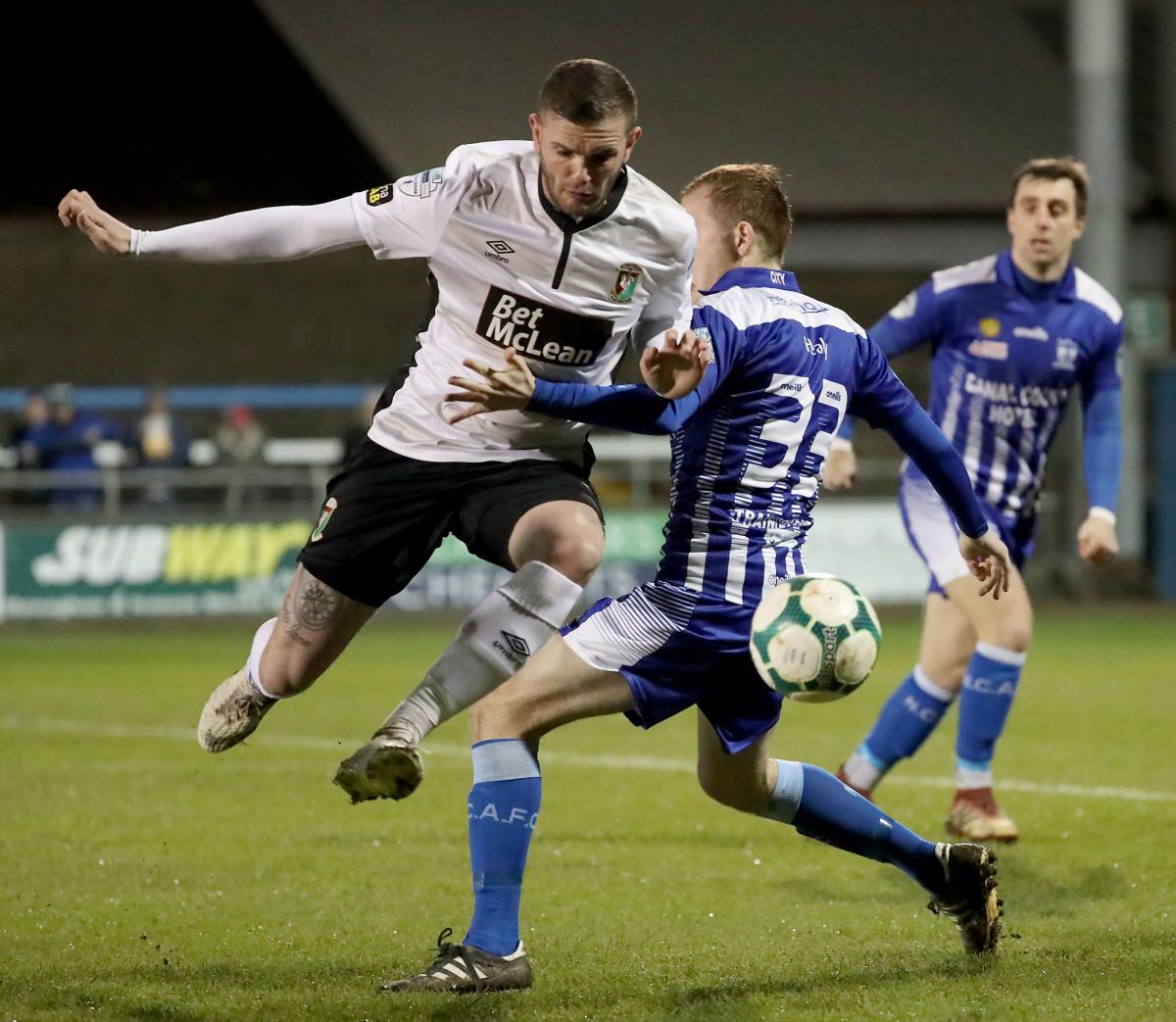 Glentoran grew into the game and on 31 minutes drew level. Excellet play by John Herron in midfield saw him ghost past a couple of City platers before finding Chris Gallagher on the left. Gallagher's delivery into the box was perfect and Robbie McDaid rose to head past Maguire. Moments later Glentoran almost let Newry in again. A slack back pass from skipper Kane went out for a corner and from the resulting set play Declan Carville headed just wide. In first half stoppage time a cross from Marcus Kane was again met by Robbie McDaid in the area but this effort was deflected wide. 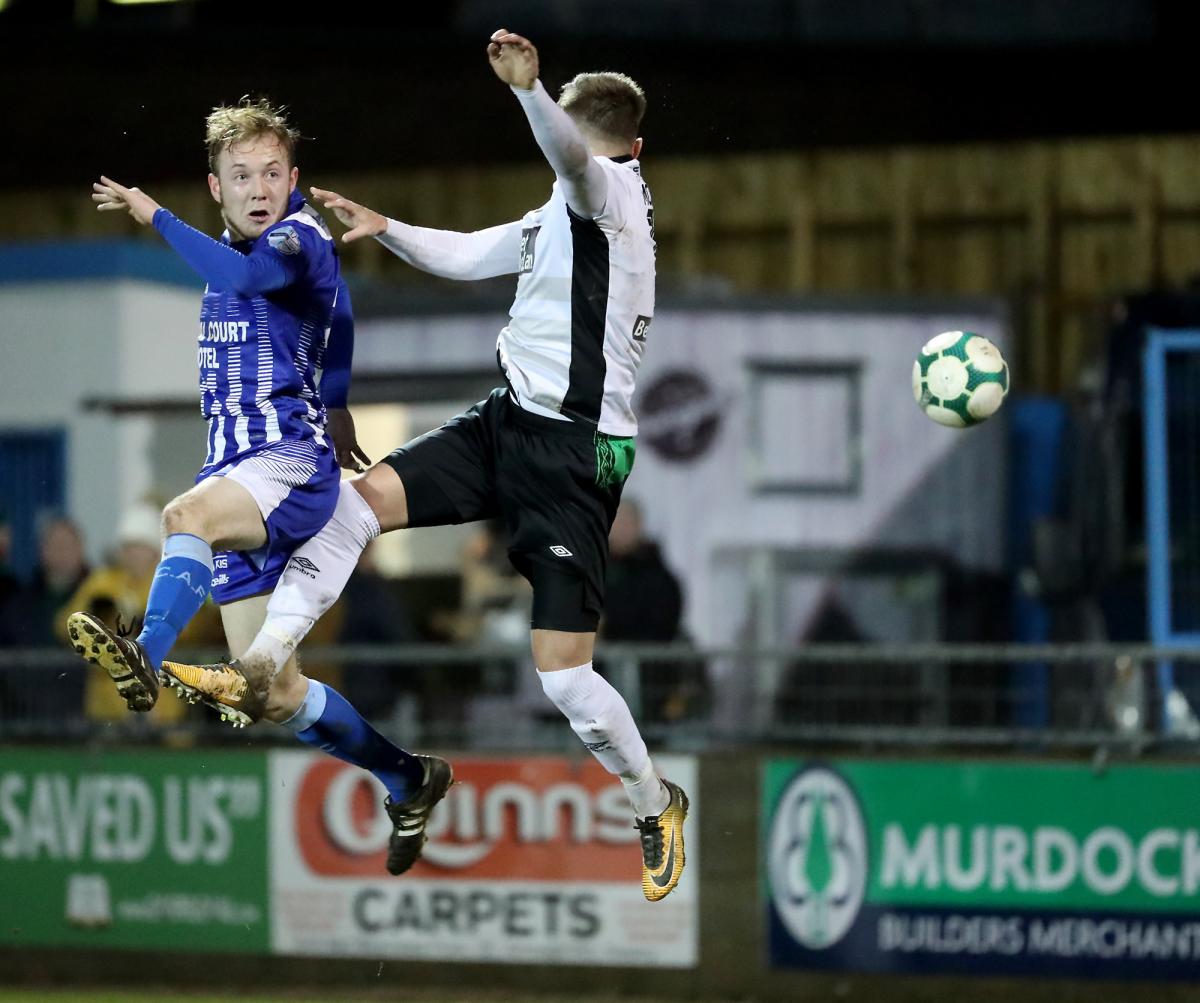 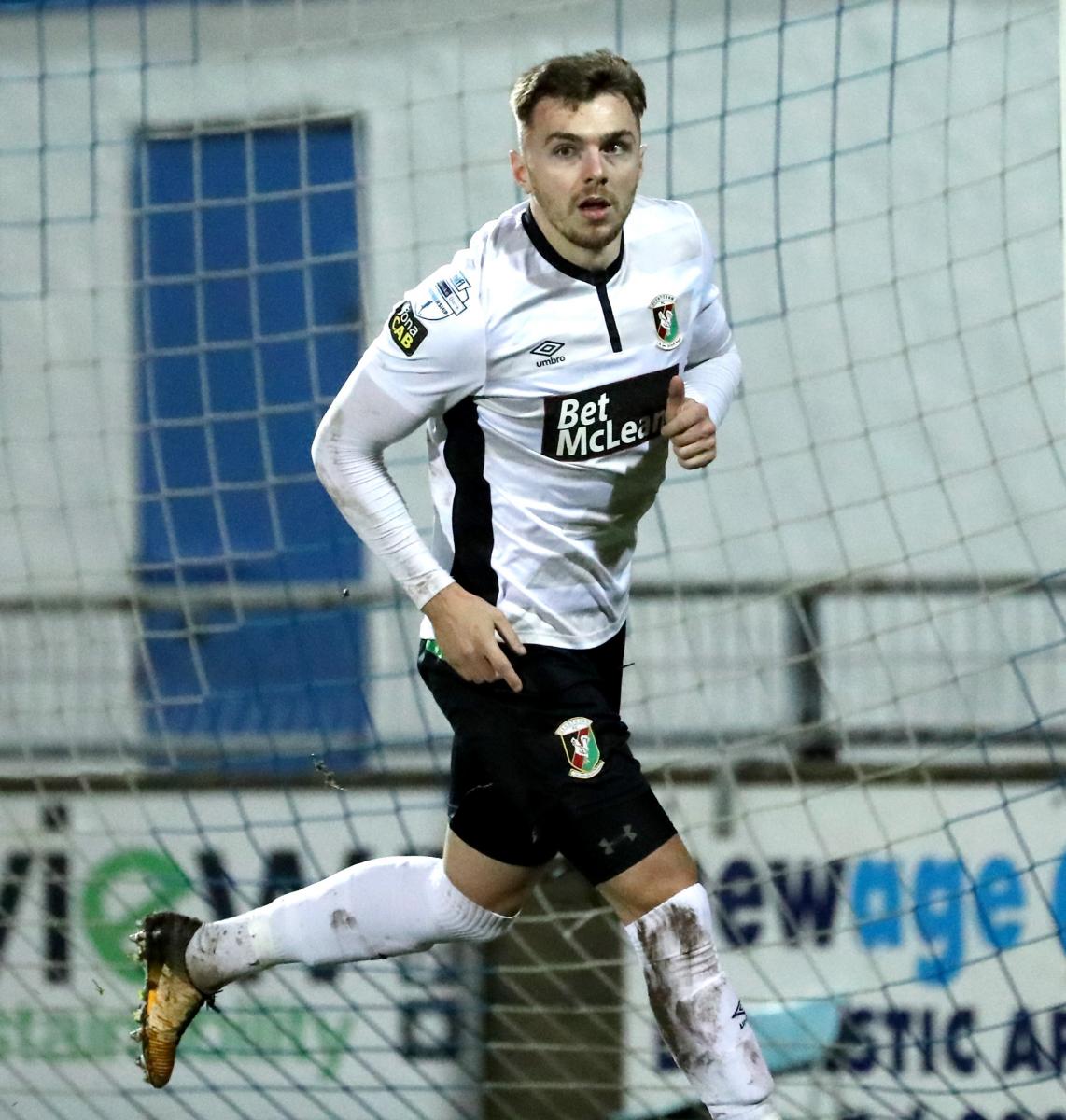 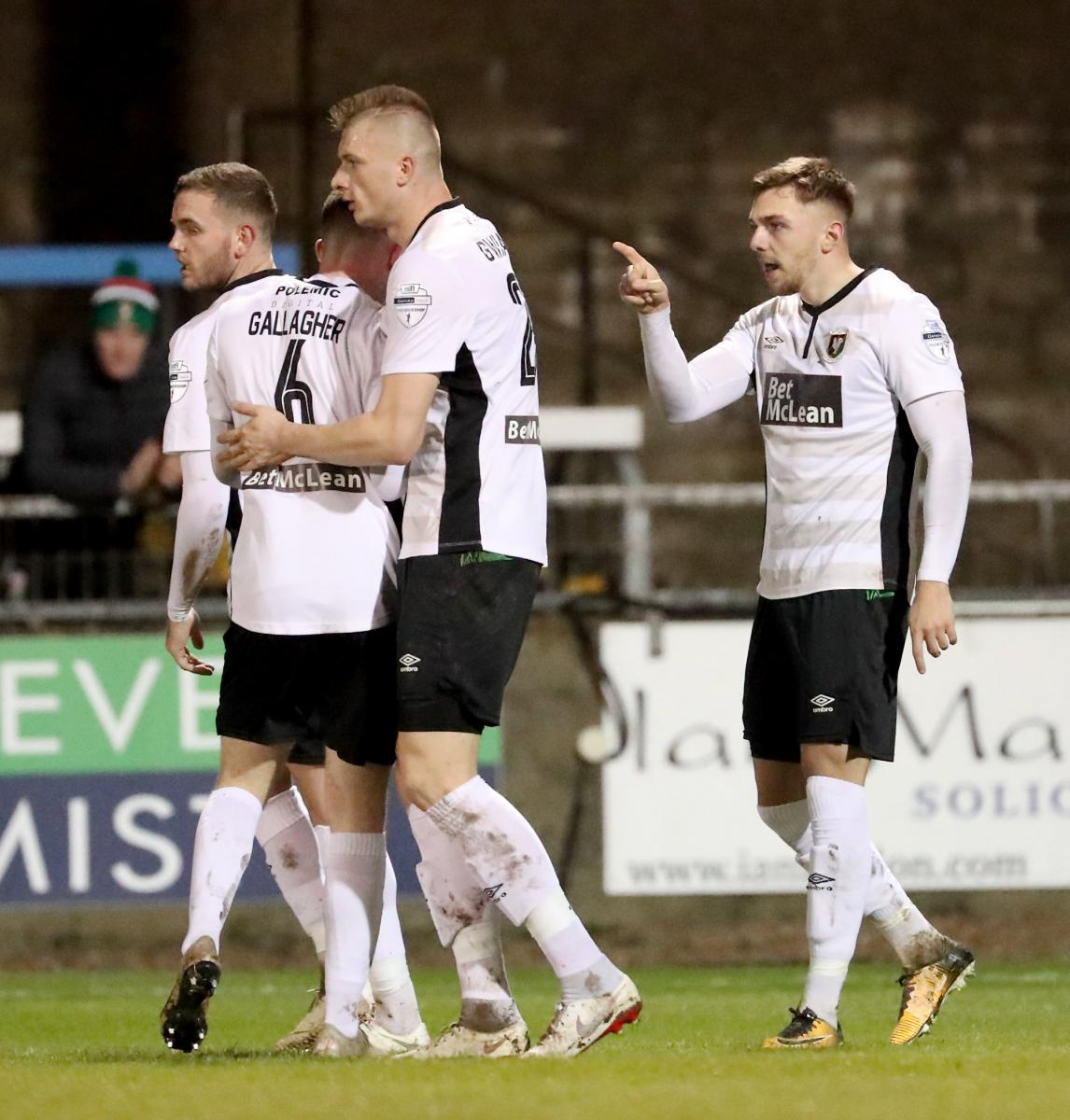 There was controversy in the opening minute of the second half when Newry City keeper Maguire handled the ball outside the area with McDaid closing in. Unfortunately for Glentoran the offence was missed by all the match officials. Whilst Glentoran dominated possession in the second half the best chances fell to the home side. On 50 minutes a City corner was met by the head of Mark McCabe. The ball hit the inside of the far post and as it came back across goal the Glentoran travelling support was relieved to see it hacked clear. 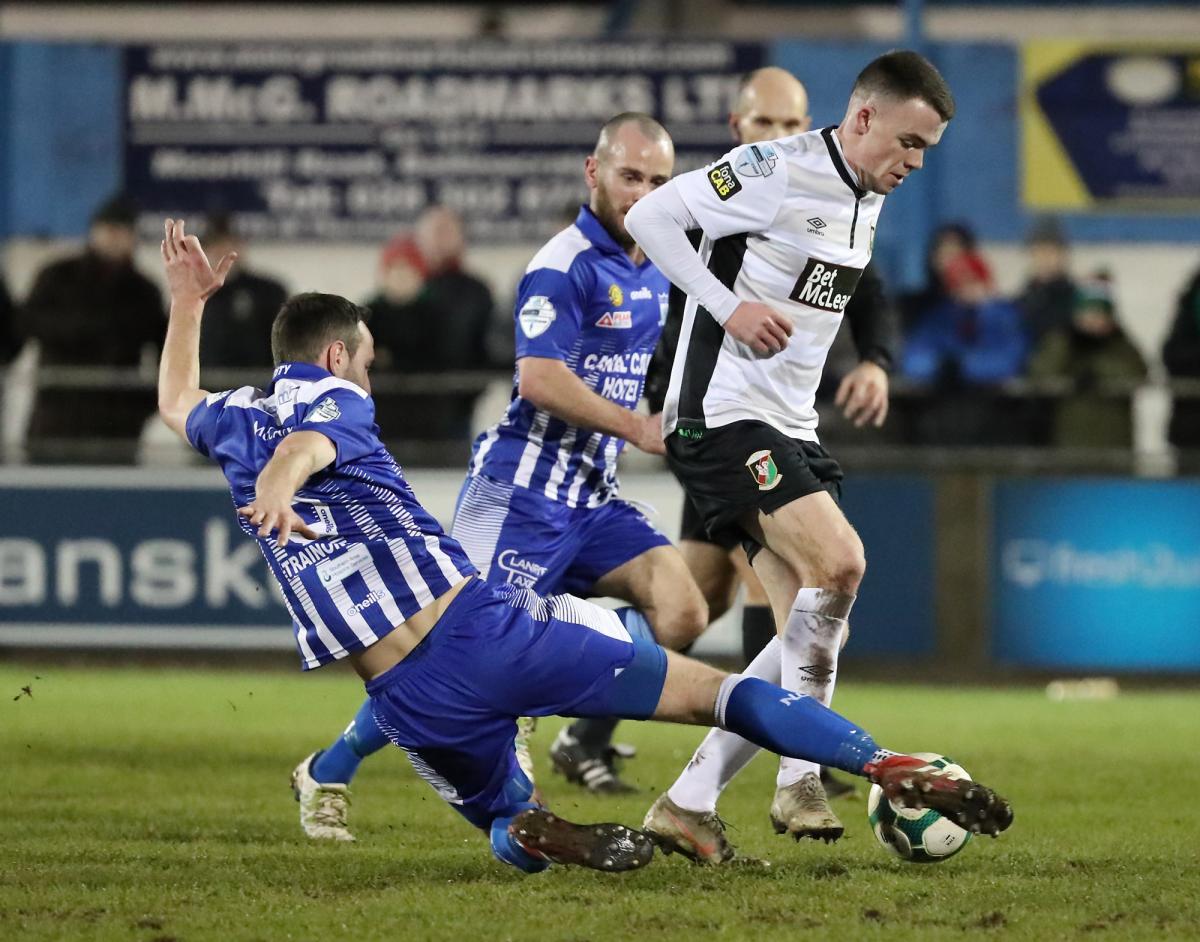 On 59 minutes Robbie McDaid got on the end of another excellent cross from the impressive Chris Gallagher. McDaid's spectacular bicycle kick was wide of the mark though. Newry City were awarded a free kick on 66 minutes. The ball broke to Thomas McCann on the edge of the box and his great dipping effort brought a bri,,iant save out of Dwayne Nelson. 3 minutes later and Glentoran should have grabbed the lead. McDaid's cross broke to Luckas Gwiazda who struck it well but unfortunately for bth him and the Glens, straight at the City keeper. 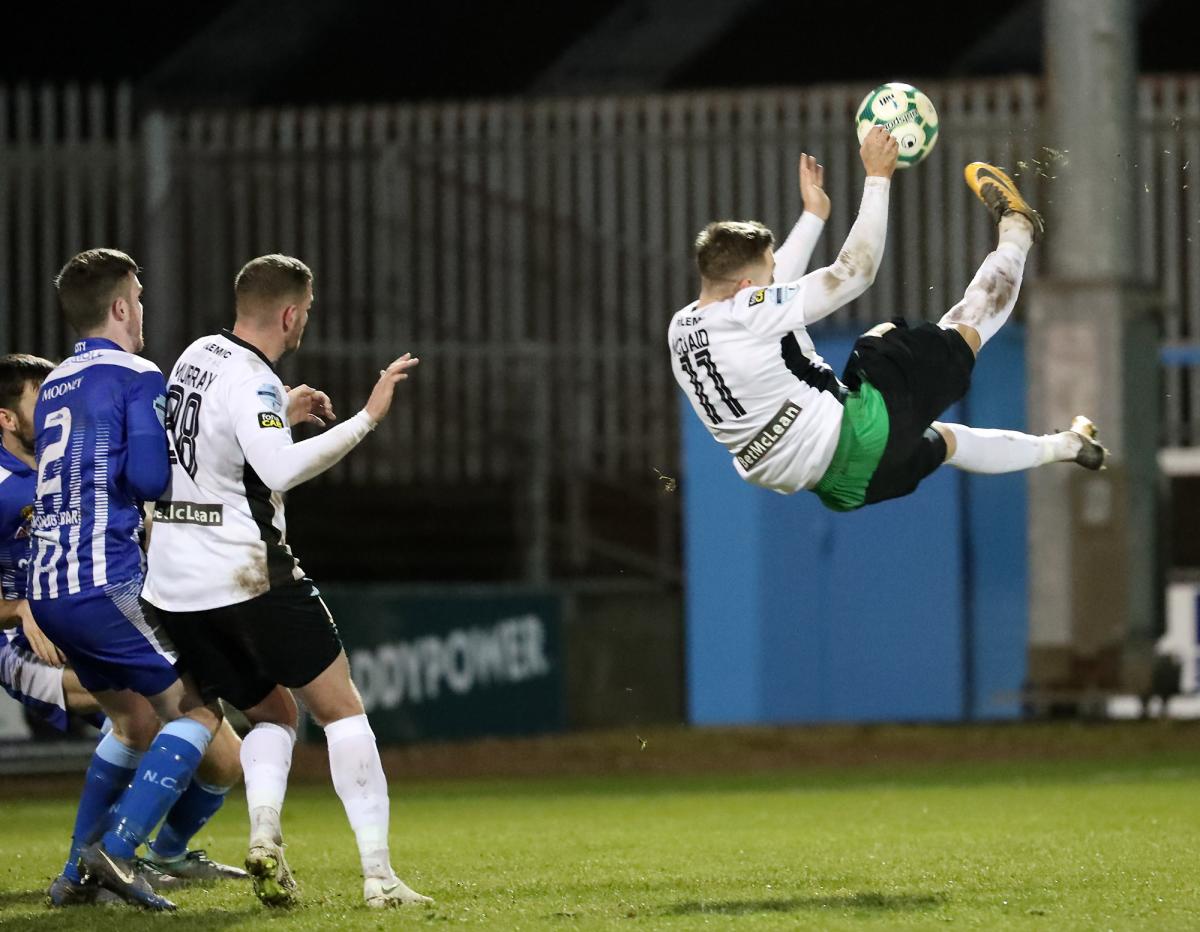 With 13 minutes remaining Calum Birney conceded a soft free kick. The ball was played to the back post and a Newry City player met it, his header bringing another super save out of Dwayne Nelson who got a kick in the head in the follow up play. Glentoran forced a couple of corners in stoppage time but were unable to force a winner. 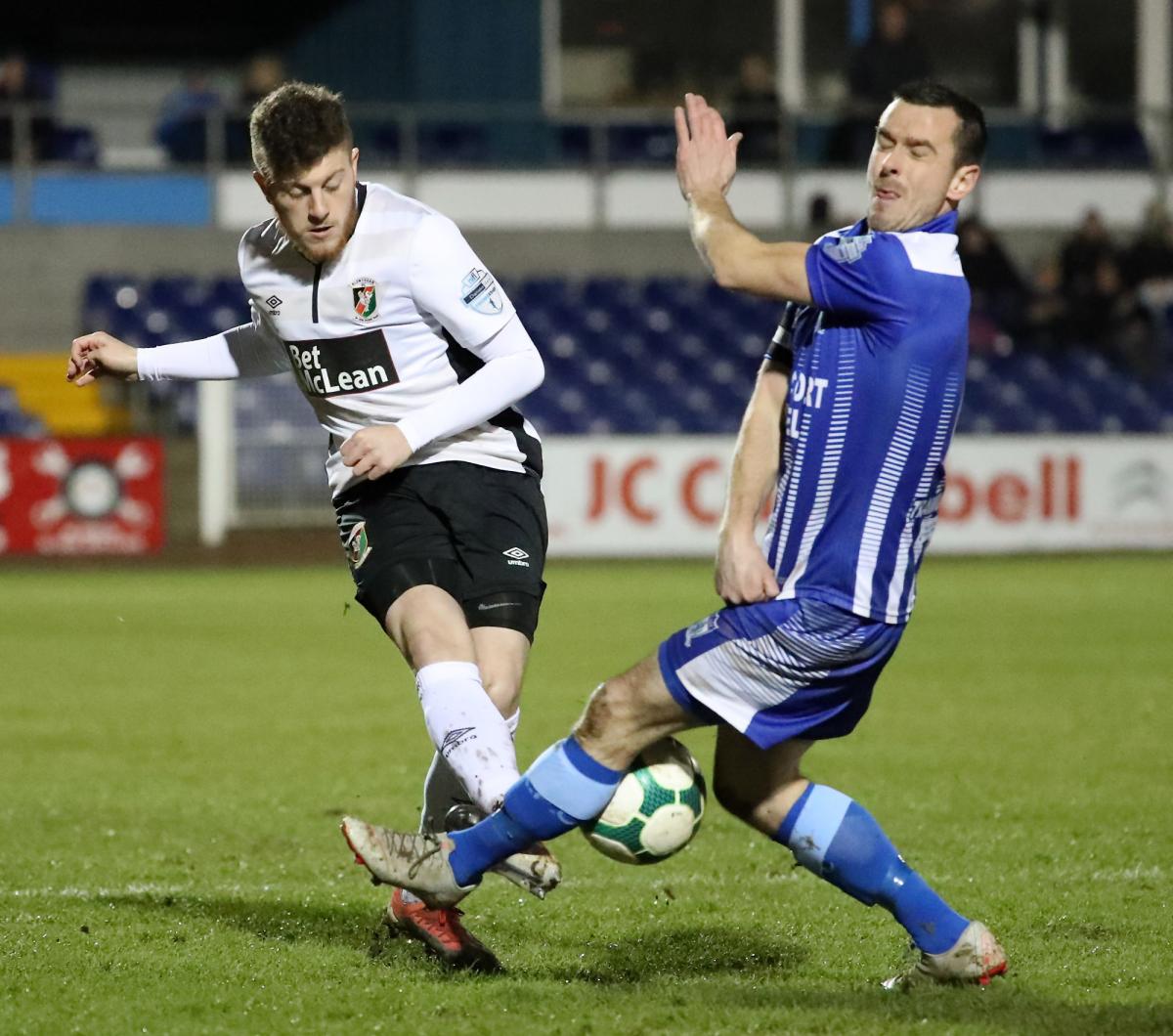 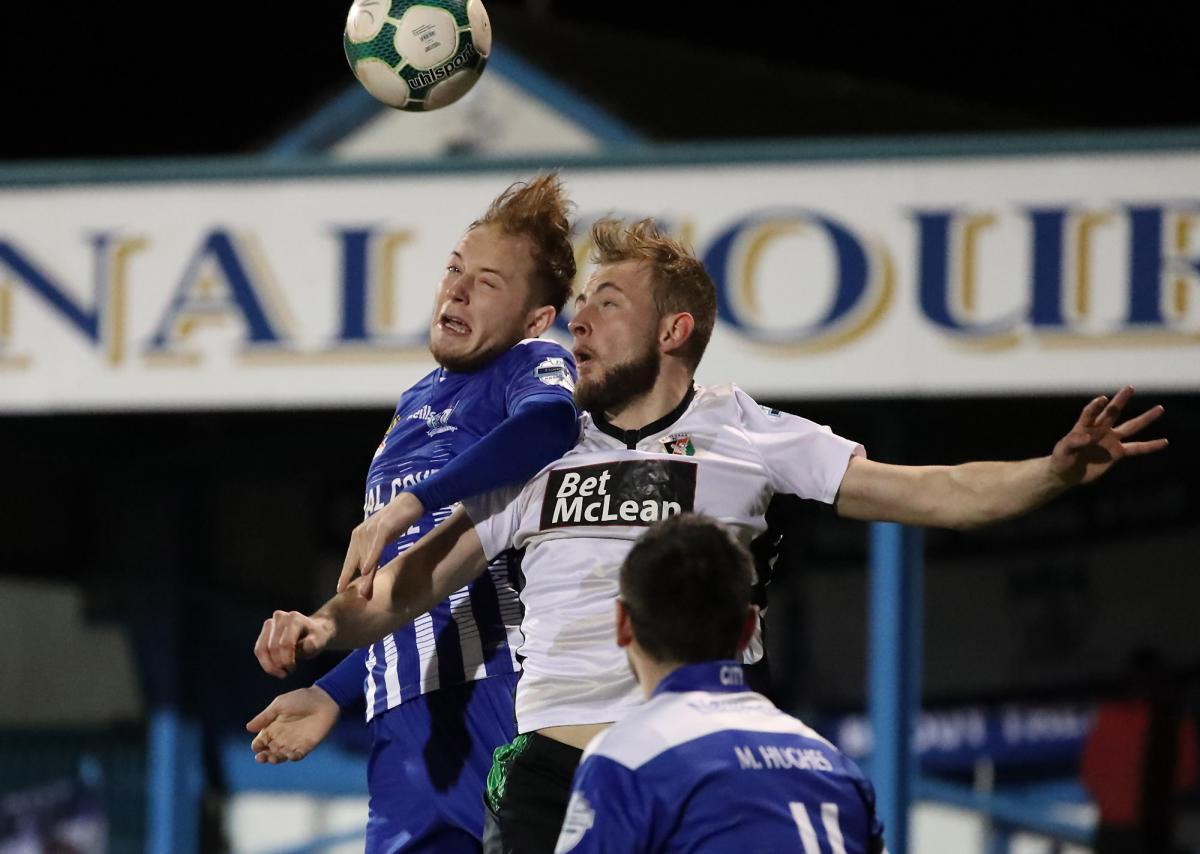