Glentoran's European campaign came to an end in Shropshire last night when two goals in a  minute in the middle of the first half gave our Welsh opponents what would turn out to be a relatively uncomplicated win over a Glens team that worked hard throughout but was unable to get the all important first goal.

Manager, Mick McDermott made just one change to the starting XI with Seanan Clucas coming in for Mal Smith. 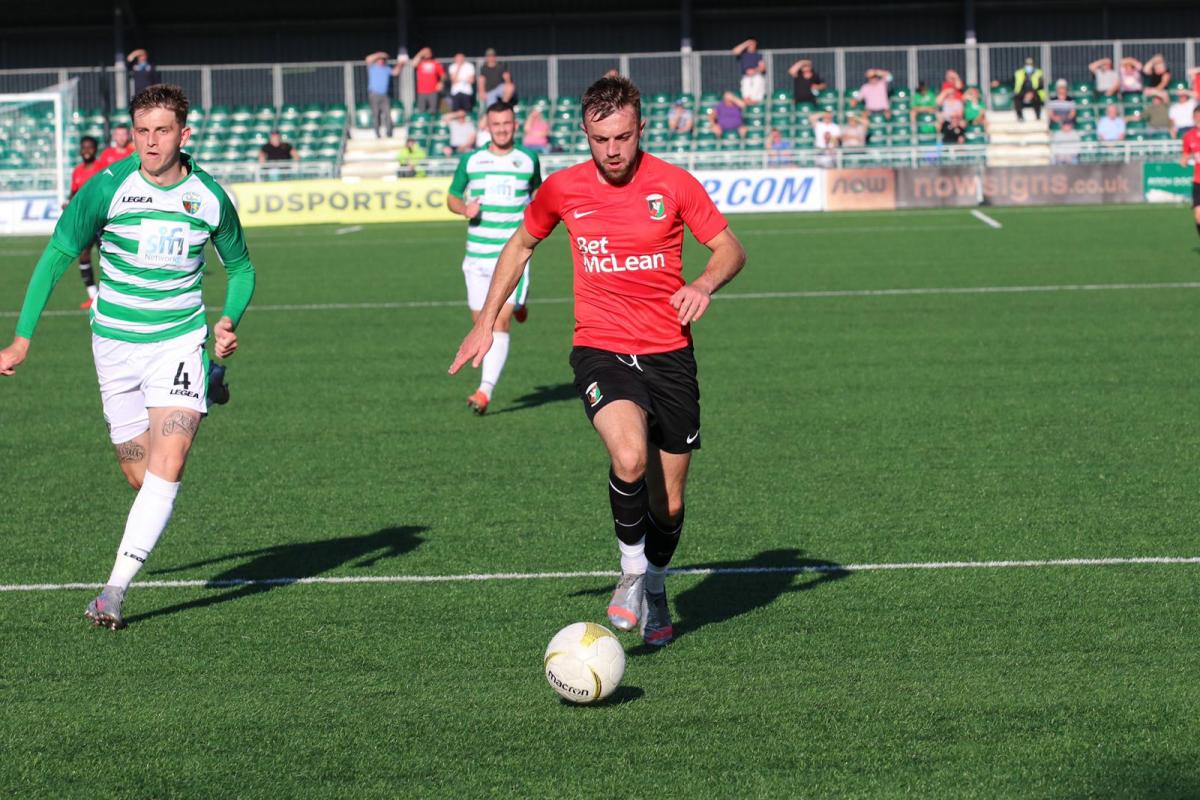 Although Adrian Cieslewicz had an effort on goal in the 7th minute it was Glentoran who were in control for the opening quarter of the game and really should have gone in front in 10 minutes. Superb play on the left from Rory Donnelly saw the Glens number 10 drive past the Saints' right back and get to the by-line before firing a great cross into the danger area. Seanan Clucas got on the end of it but was unable to direct the ball on target. Skipper, Marcus Kane then made a vital interception to deny Leo Smith, the ball breaking to Declan McManus who was off target with his shot. Seanan Clucas had another attempt on goal on 17 minutes but although his shot was on target, Paul Harrison in the home goal made a comfortable save. More excellent play by Rory Donnelly on 20 minutes - his shot was deflected into the air and Robbie McDaid then attempted an overhead kick. The ball arrived at the back post where Conor McMenamin was unfortunate to see his header from a tight angle come back of the post. 2 minutes later the Glens were awarded a free kick around 25 yards from goal. Gael Bigirimana took it but saw his shot deflect off the wall and behind for a corner. 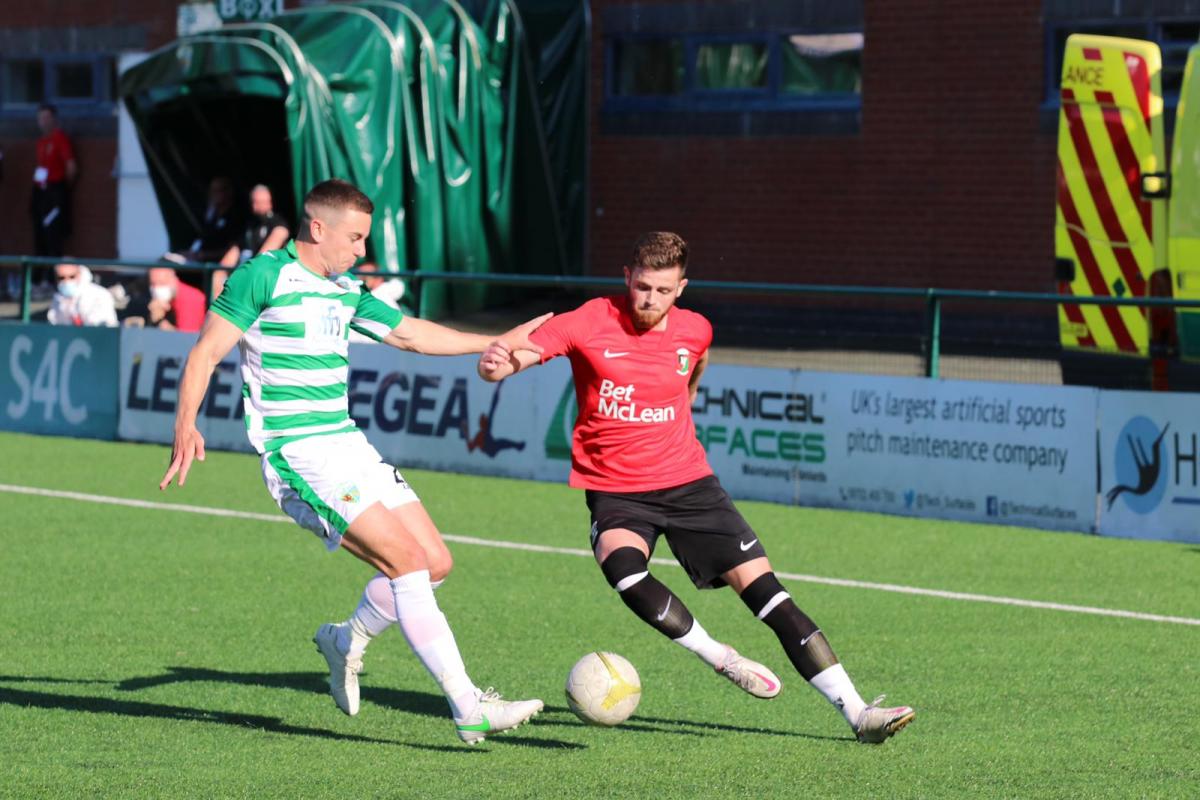 A hopeful ball forward from the Saints midfield caused a problem for Paddy McClean on 25 minutes. His header was short of Dayle Coleing allowing Declan McManus to nip in. McManus tried to lob the ball over the Glentoran keeper but Coleing managed to get a touch on it and although it was still heading goalwards, Paddy McClean got back to hook it away. Icelandic referee Kristjansson, seemingly unaware of Coleing's touch on the ball awarded the home side a penalty! Another of those decisions where VAR might have been useful but given the position of the assistant official on the near side, he really should have been advising the man in the middle! Declan McManus took the spot kick and the Saints were 1 up. It's hard to put into words what happened next but Glentoran managed to concede a second goal straight from the restart, giving themselves a mountain to climb. Some shambolic defending allowed Leo Smith to gain possession and drill the ball into the bottom corner. Ben Clark then went close but Coleing turned the ball onto the post and Caolan Marron completed the clearance. In the closing moments of the first half the Glens had a couple of opportunities to get back into the game. Conor McMenamin's low cross just fialed to pick out Robbie McDaid and then after McDaid got the better of Ryan Astles, he picked out Seanan Clucas but his shot was well wide. 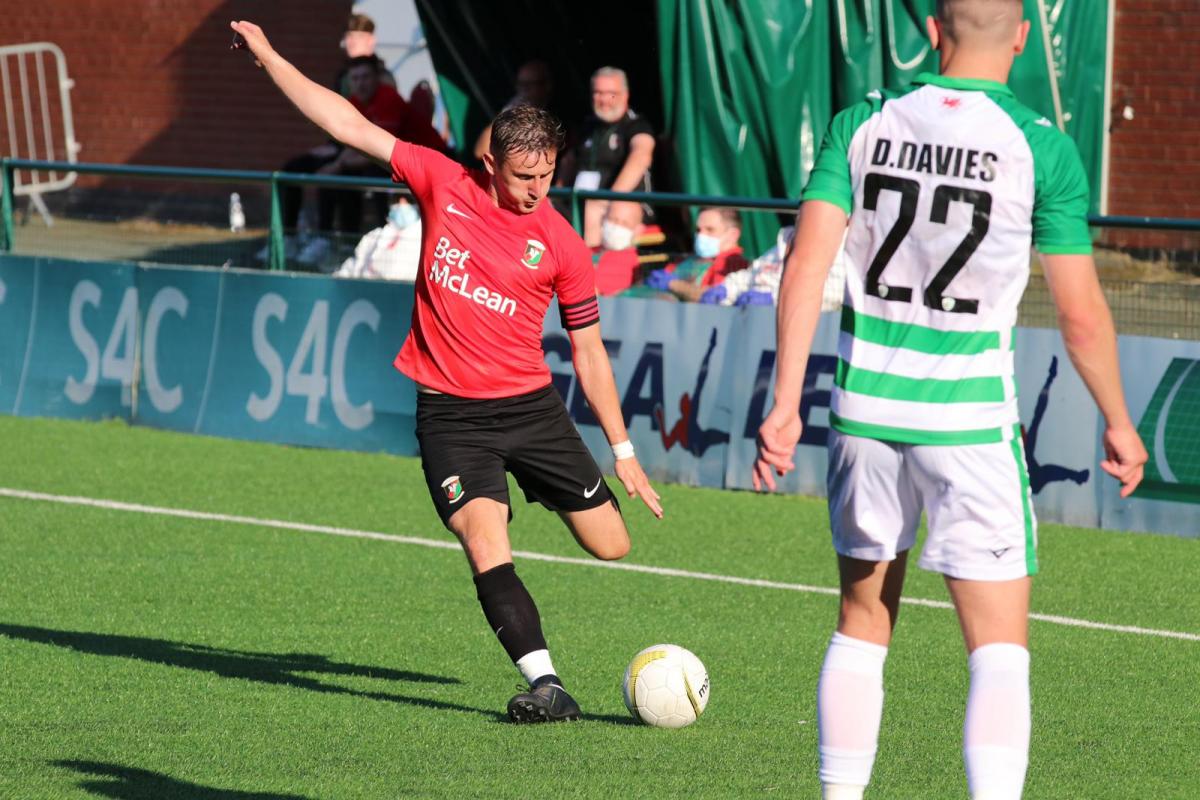 There was little action in the first 10 minutes of the second half with the Saints content to sit on their lead in the stifling hot conditions. Andrew Mitchell was introduced and almost got the Glens back into the game on 62 miutes after the home keeper had misjudged the bounce of the ball. Mitchell's effort though was deflected behind for a corner. A couple of further corners followed and Paddy McClean was unlucky to see his 15 yard shot blocked by a defender. Andrew Mitchell then had a header on target but it was straight at the keeper. Further substitutions followed as Mick McDermott searched for that elusive goal which would get us back into the game. Mal Smith and Ben Cushnie were both impressive after joining the action, Cushnie seeing a hooked shot go just wide and then another header cleared off the line. 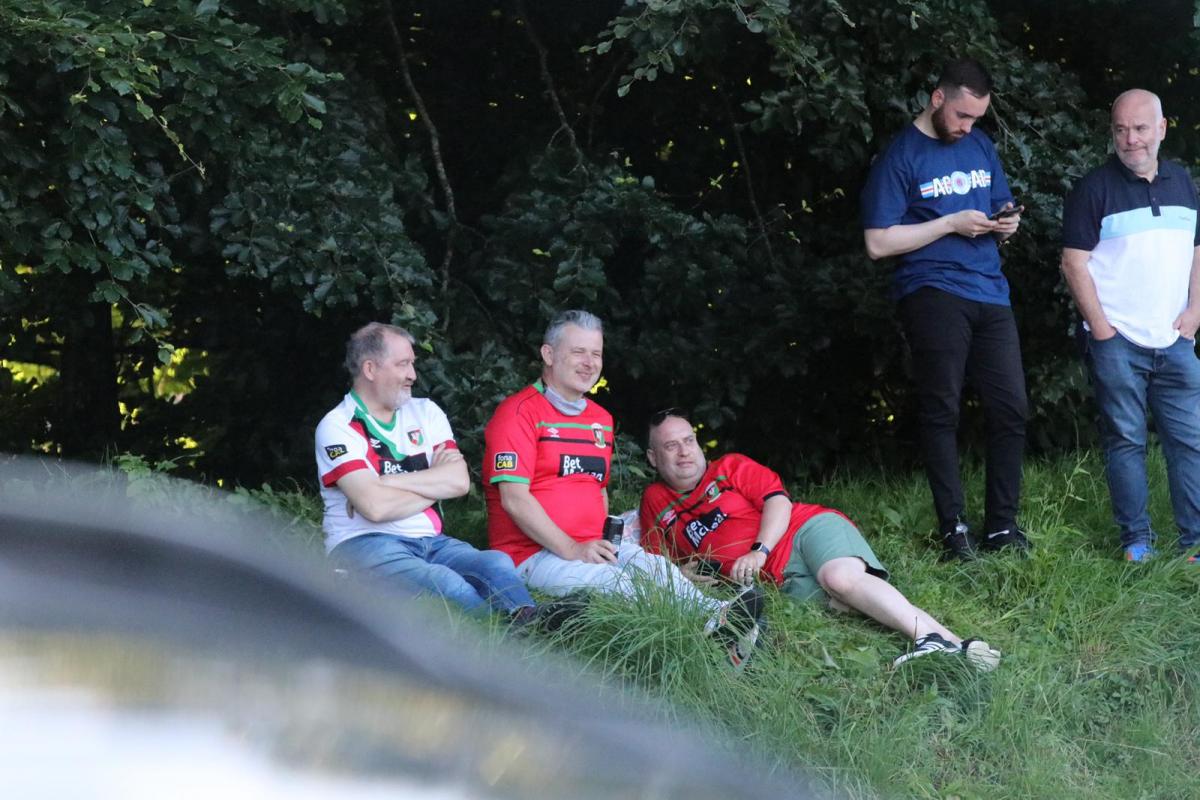 So overall it was a disappointing night for the players, coaching staff and the 50 or so fans who made the trip. This was a great opportunity to not only get through the first qualifying round of the Europa Conference League but you felt that had the first hurdle been cleared, further progression was possible. Ultimately we are left with the big question, what if? What if we'd taken a couple more of those chances in the first game at the Oval? What if we'd managed to grab the lead in the second leg when we were on top in that opening 25 minutes? But perhaps the biggest question of all is.... What if we'd had our full squad available? Perhaps that is the thing which has cost us big time! 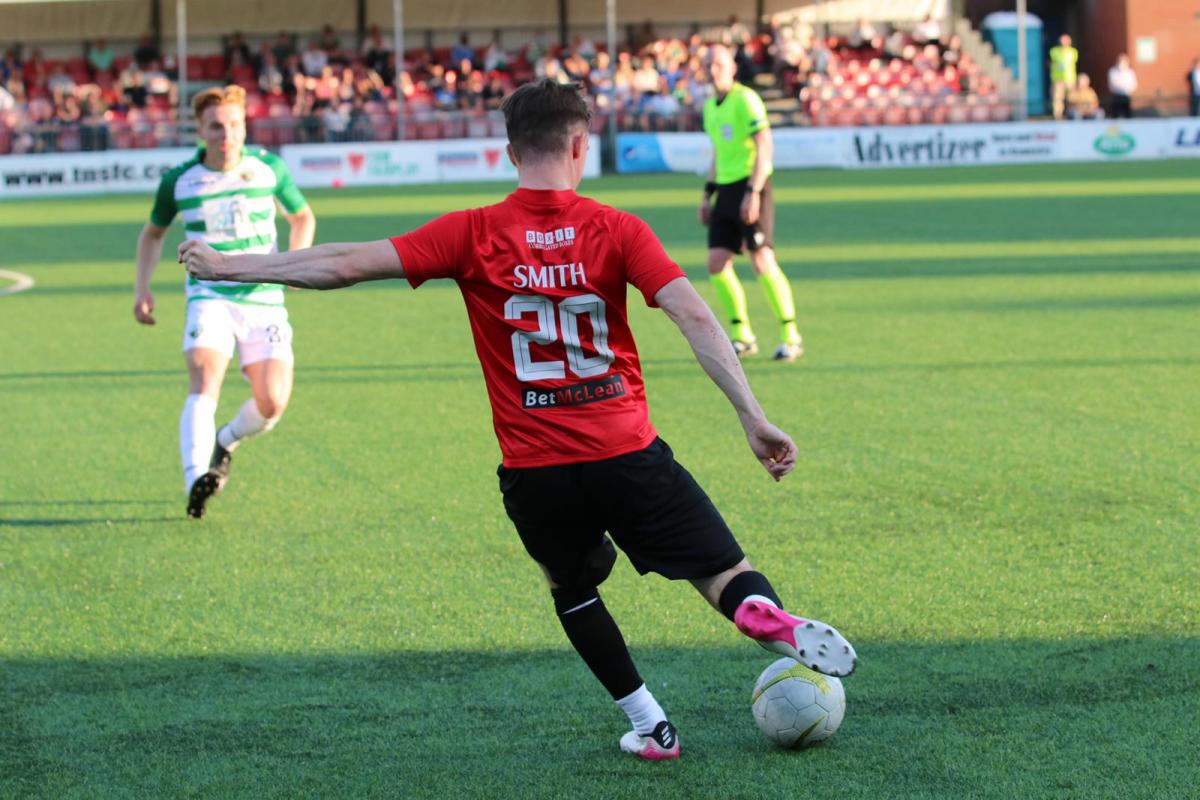