It was certainly one of those 'I was there' matches; a very special day. Special too for different reasons to different people and whilst for most it will be remembered for Elliott Morris scoring a spectacular goal from midway inside his own half, Paul O'Neill will remember his first senior goal for Glentoran and Gary Smyth his first win as manager. 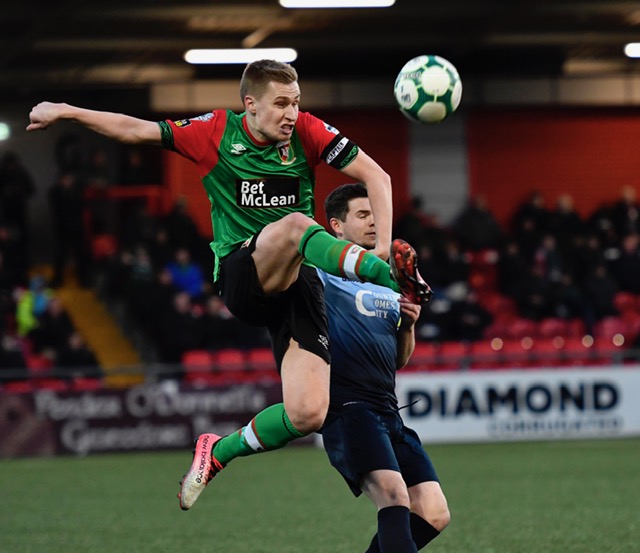 Smyth certainly picked an attacking line up with Allen, Murray and McDaid all in the starting line up along with last week's goal scorer, Lukasz Gwiazda. Pepper, Gallagher were in midfield with Kerr, Birney, Crowe and Redman across the back line.

The first attempt on goal came from a Darren Murray free kick on 6 minutes but the newly signed striker was just off target with his effort. Glentoran were awarded another free kick on 10 minutes and this one broke the deadlock. Elliott Morris, midway inside his own half saw his opposite number, Martin Gallagher well off his line and with the wind at his back Morris went for goal. Gallagher was caught out, not only by the wind but also the low winter sun shining in his eyes. His attempt to keep the ball out failed and the Glens were in front. Elliott Morris set off on a run of joy along the front of the large travelling support. In his 723rd game for Glentoran, Elliott finally had a goal - he's going to have to work on that celebration though! 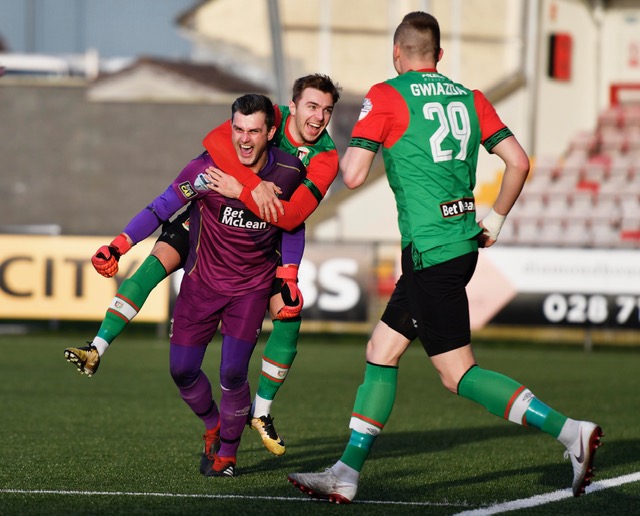 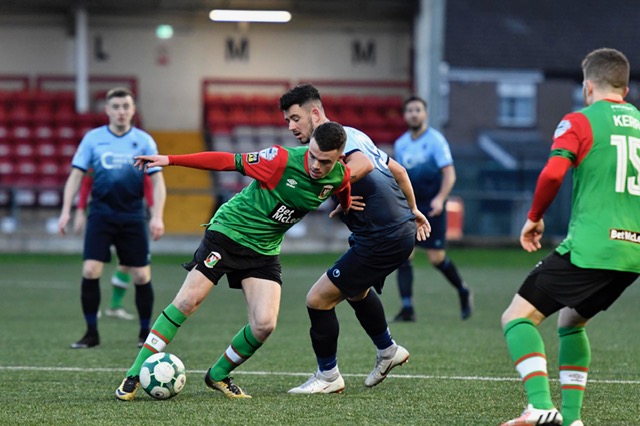 On 17 minutes it should have been 2-nil. Great work by Gwiazda set McDaid away on the right. His cross to the back post should have been turned home by Pepper but he failed to get a decent contact and the chance was gone. Just before the half hour Gwiazda himself had a header on target but unfortunately it was straight at the 'Stute keeper. The Glens had a couple of other chances to increase their lead but Allen's header from Redman's cross found the side netting whilst Birney saw his effort from a Gallagher corner go straight into the keeper's arms. 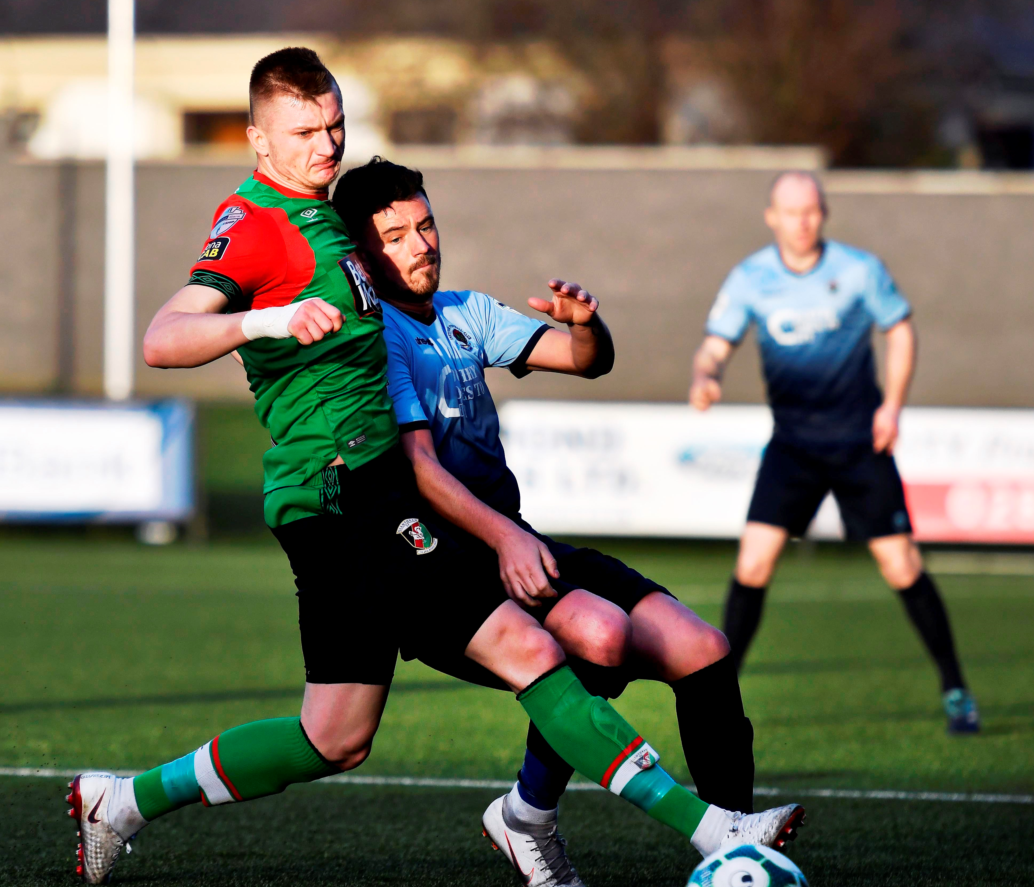 Institute upped their game after the interval but the Glentoran defensive line held firm. At the other end Gwiazda, whose surname means 'star' in Polish, nodded the ball down to Chris Gallagher but his 25 yard pile driver was just too high. On 60 minutes Darren Murray did brilliantly to side step a defender in the area but his goal bound shot was superbly saved by the 'Stute keeper. Joe McCready went close to levelling things up and then on 70 minutes Elliott Morris did well to block Michael McCrudden's shot. With 10 minutes remaining Gary Smyth made a double substitution and one of those introduced, Paul O'Neill, put the game to bed on 86 minutes. Curtis Allen did well to put the Institute right back under pressure and his attempted pass back to the keeper was intercepted by the speedy O'Neill. The young Glentoran striker rounded the keeper and showed great composure to cooly slot the ball home. 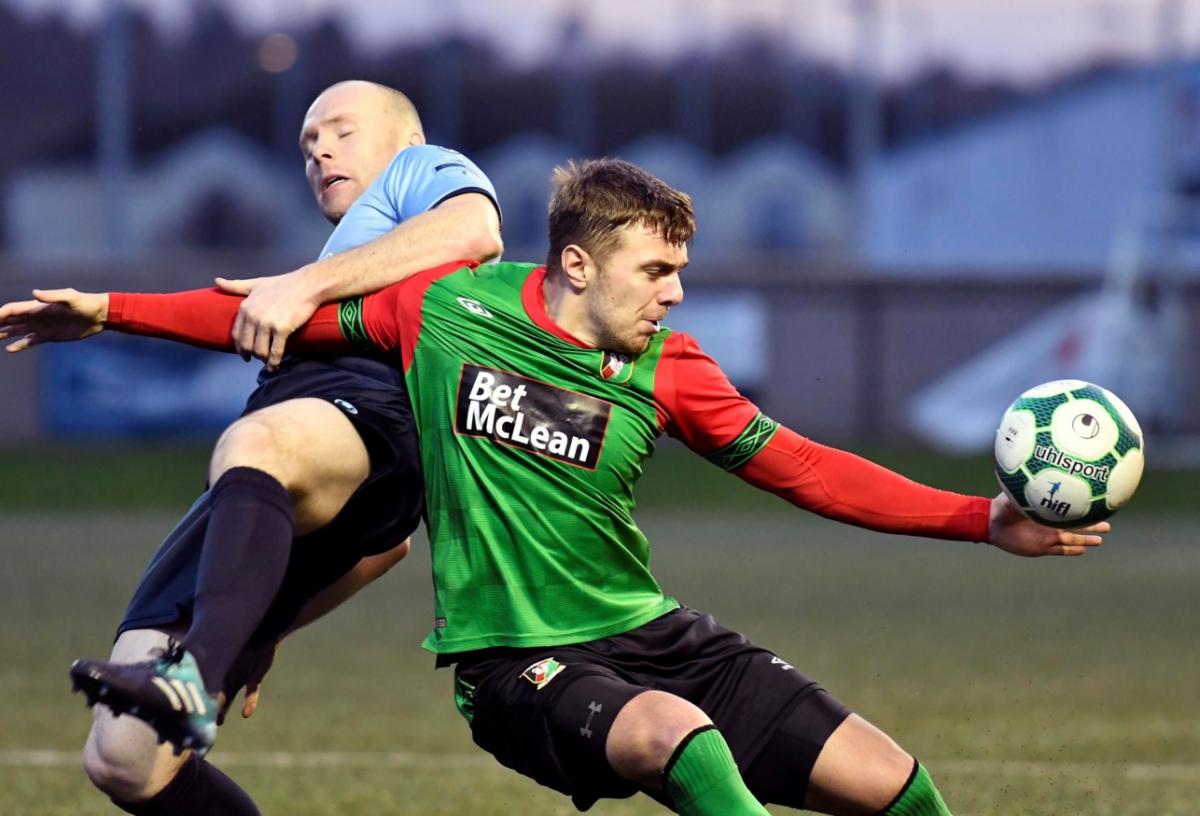 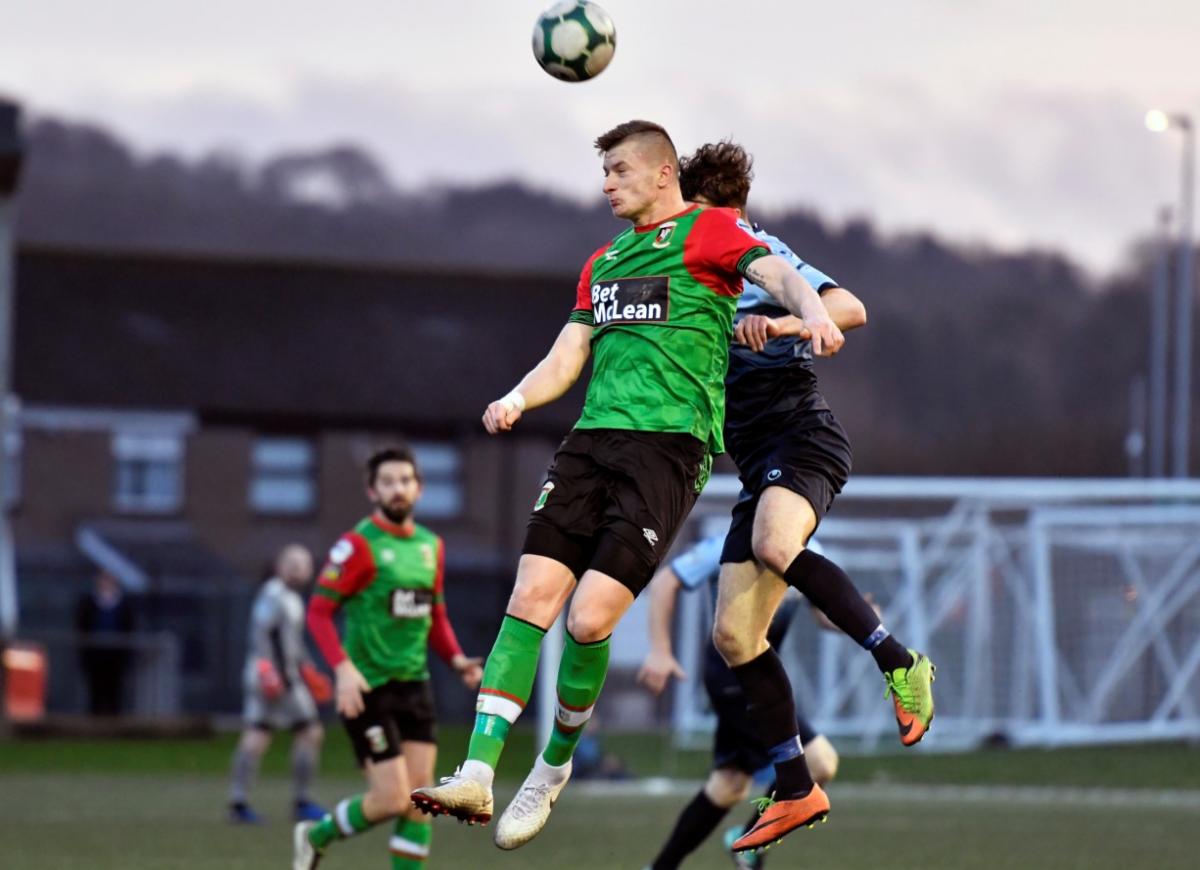 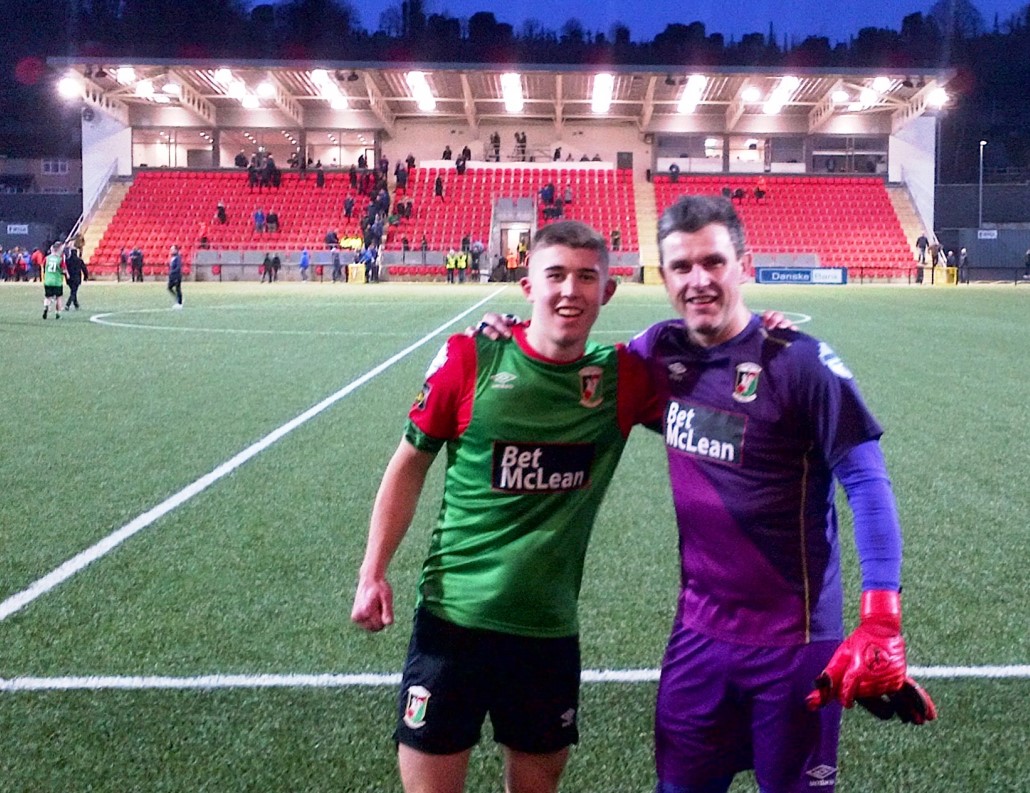