Glens Women's team finished of the 2012 season in magnificent style by adding the IFA Women's' Cup to the NIWFA Premier League Cup and NIWFA Reserve Cup won earlier in September.

This week begin with the Glens Women winning the NIWFA Premier League Cup at a rain soaked Solitude, on  Monday the 24th beating Ballymena Ladies 2-0 in the penultimate final of the women's season, with goals from Nadine Caldwell and 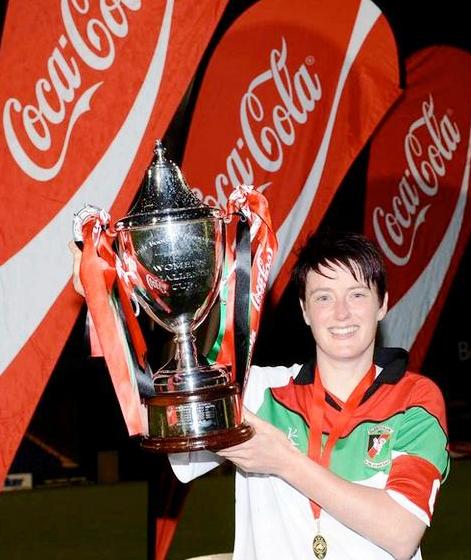 Onto Mourneview, Lurgan on Friday night and the Glens were confident of bringing the IFA Cup back to the Oval. They succeeded in their ambition winning courtesy of goals from Gail Macklin ( a penalty won by Katherine O'Hagan), Caragh Milligan and Kirsty McGuiness.

Well done to all on another magnificent season and and a special word of congratulations to Raymond Alexander the women's coach who has done the 'double' in a short space of time.

Bring on the 2013 Season with ambitions running high!

For further details on the IFA Cup final, Click Here