One of the primary objectives of the Glentoran Community Trust, since its inception has been the preservation and exploration of the incredible heritage and history of Glentoran Football Club. We have embarked on numerous succesful projects, examining the story of the Blitz and its impact on the club, the heroes of the Vienna Cup, European exploits and the birth of Victor Coates's dream. We have created bus tours, festivals, hosted functions and published books and dvds in a bid to both remember our past and inform generations of Glentoran supporters yet to come.

August 2019 marks the 70th anniversary of Glentoran's return to the Oval after over eight long years exile. Bombed almost into extinction during the 1941 Belfast Blitz, the club rose from the ashes, rebuilding both the team and the stadium bigger and better than before. It's true to say that the rest really is history.

One of the most tangible pieces of our past, still in existence from that period is the famous Type 24 Pill Box which sits on top of Sydenham Hill. Its been a permanent feature since almost all of us started making the journey down Mersey Street. Whilst the artefact is located on a small piece of land which changed hands in the recent land deal it continues to be an attraction for an ever increasing number of visitors to the Oval especially from all over mainland Europe.

Last season for example we hosted guests from amongst other countries Germany, France, Belgium, Holland, Portugal, Italy, Spain and Sweden.

Every one of them is fascinated by the story of how Glentoran, east Belfast and the Oval survived the Blitz and of how the pill box was manned by lads from the Gloustershire Regiment on the night the bombs fell right in front of them, onto the ground and the shipyard, aircraft factory and streets all around.

Sadly, down through the decades, this unique piece of history has not been treated with the reverance it deserves. Not only is it part of our history, it is part of the history of Belfast harbour, Harland & Wolff shipyard, Shorts airraft factory and that of greater East Belfast.

It has fallen into disrepair, with sharp pieces of rusting ironwork a hazard to anyone visiting it, invaded by weeds and with part of the interior corrugated iron ceiling collapsing.

Over the past year, the club and the Glentoran Community Trust have worked closely with the Department of the Comunities to have the building digitally mapped and photograped in detail.

That work completed, we have now been able, with the phenomenal involvement of the Royal Engineers (The regiment who would have built it originally) to begin the restoration of the building to allow visitors to explore it safely. 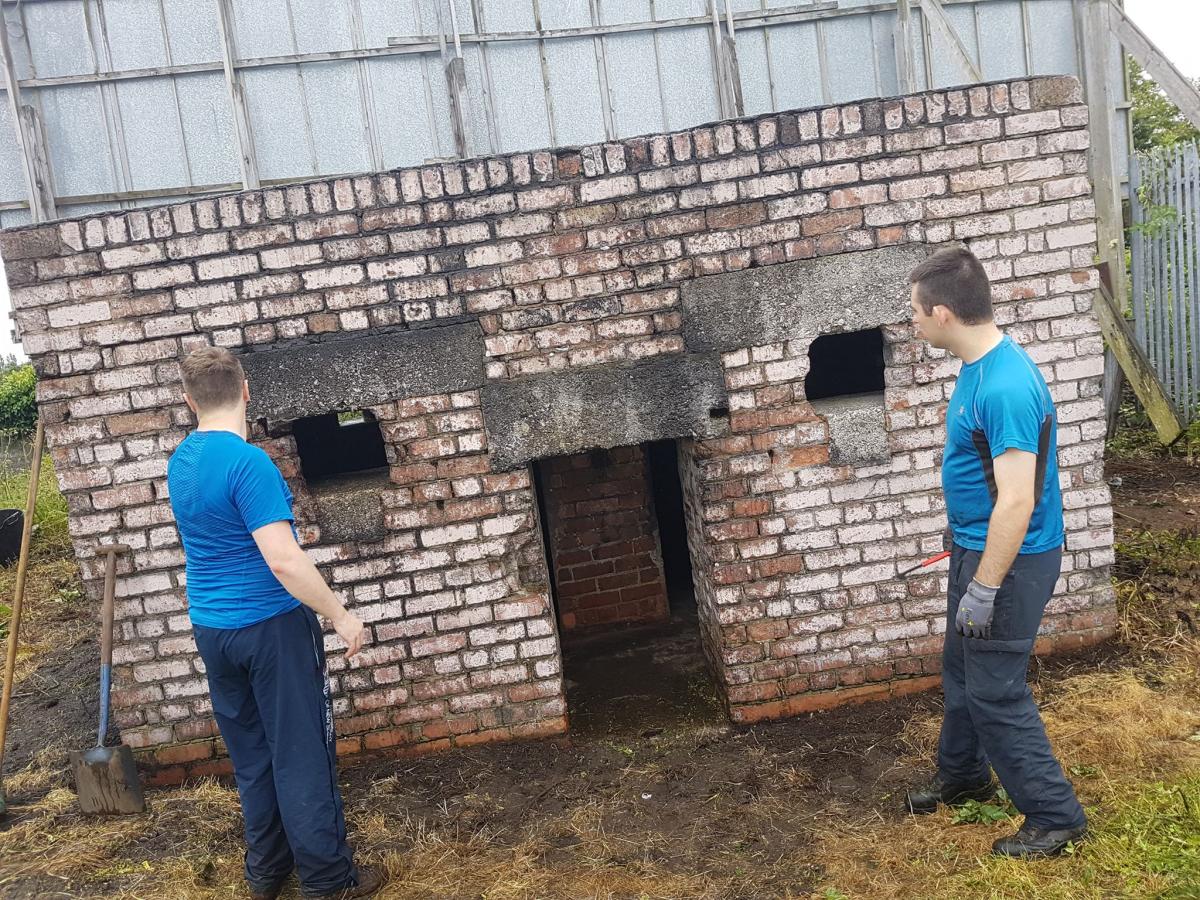 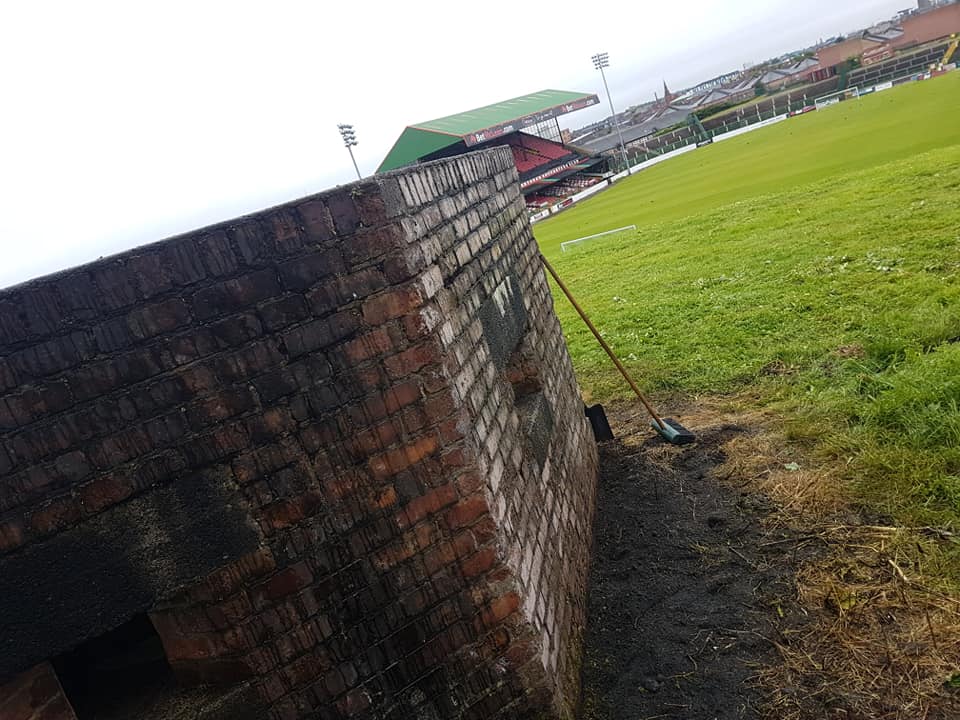 Work has commenced on the removal of the invasive weeds in the structure, the clearance and cleaning of the interior, the removal of graffiti, the cleaning of brickwork and plinths, clearance of debris surrounding it and the removal of shrubbery in the immediate vicinity. We hope to restore it to its original condition when it was built in 1940, the land rented from Glentoran for the princely sum of £1 per year.

Our great friends in the Royal Engineers alongside the board of the Trust have working together in order to have the pill box restored in time for the 70th anniversary of Glentoran coming home (Back to the Oval) in August this year.

We will update you as we progress, but in the meantime we would like to extend our thanks to the men of the Royal Engineers, the Dept of the Communities for all their help, expertise and professionalism and to Haldane Fisher at Ladas Drive for their oustanding offer of donation of materials.

Please take a walk up the hill the next time you are at the Oval, treat the site with the care it deserves, and take a moment to remember those from our city who died during the raids and those who stood defiant in our time of need. 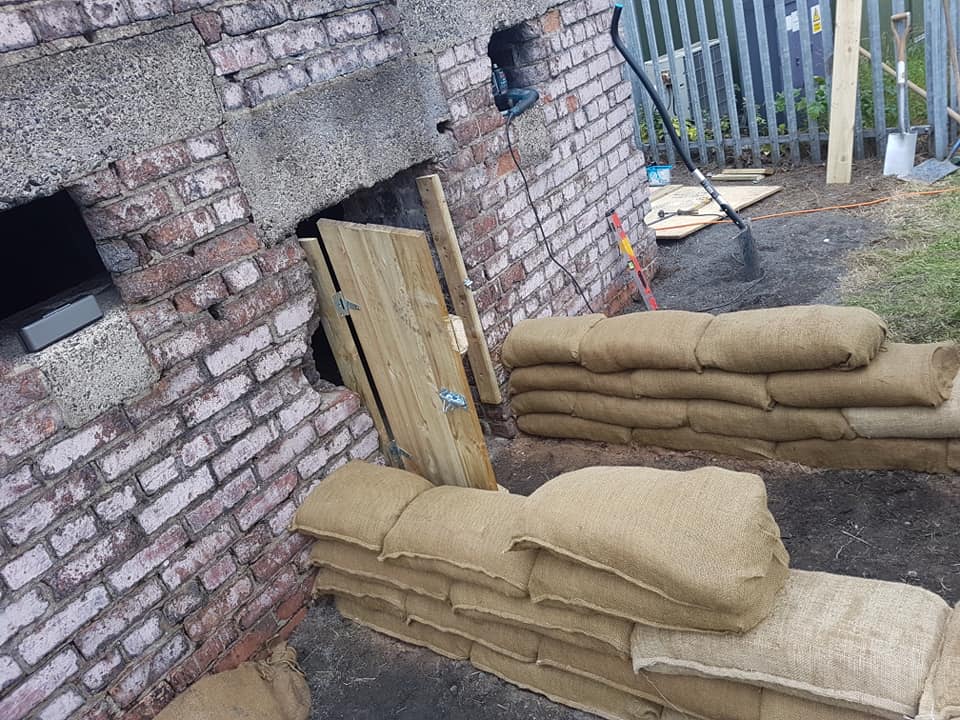 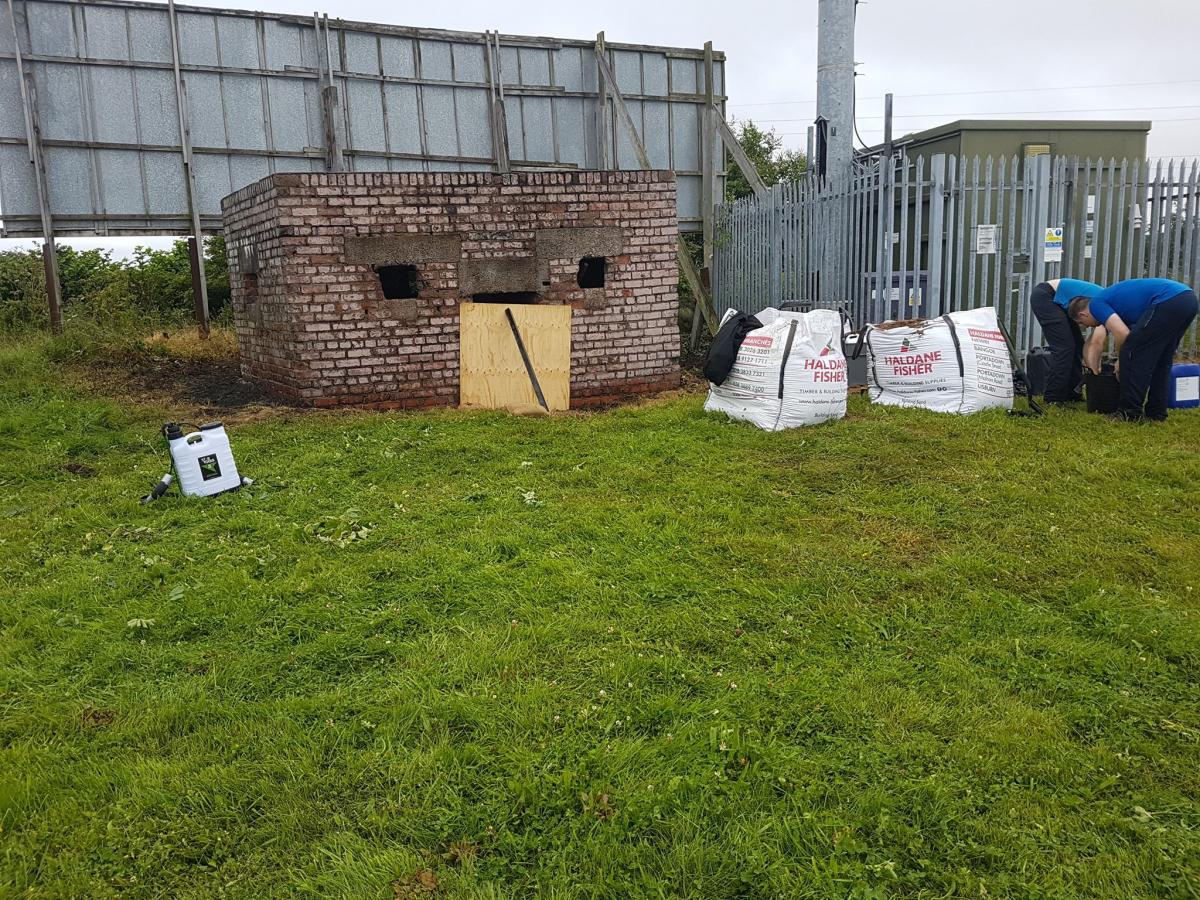