There was just one change to the team for this one, with Aidan Wilson coming in to replace the suspended Paddy McClean. Despite the emphatic scoreline the game got off to a relatively slow start. Although the Glens were enjoying the bulk of the possession, both teams seemed content to pass the ball around without creating any clear cut chances. That was all about to change though with the Glens hitting a remarkable 5 goals in just 18 minutes. 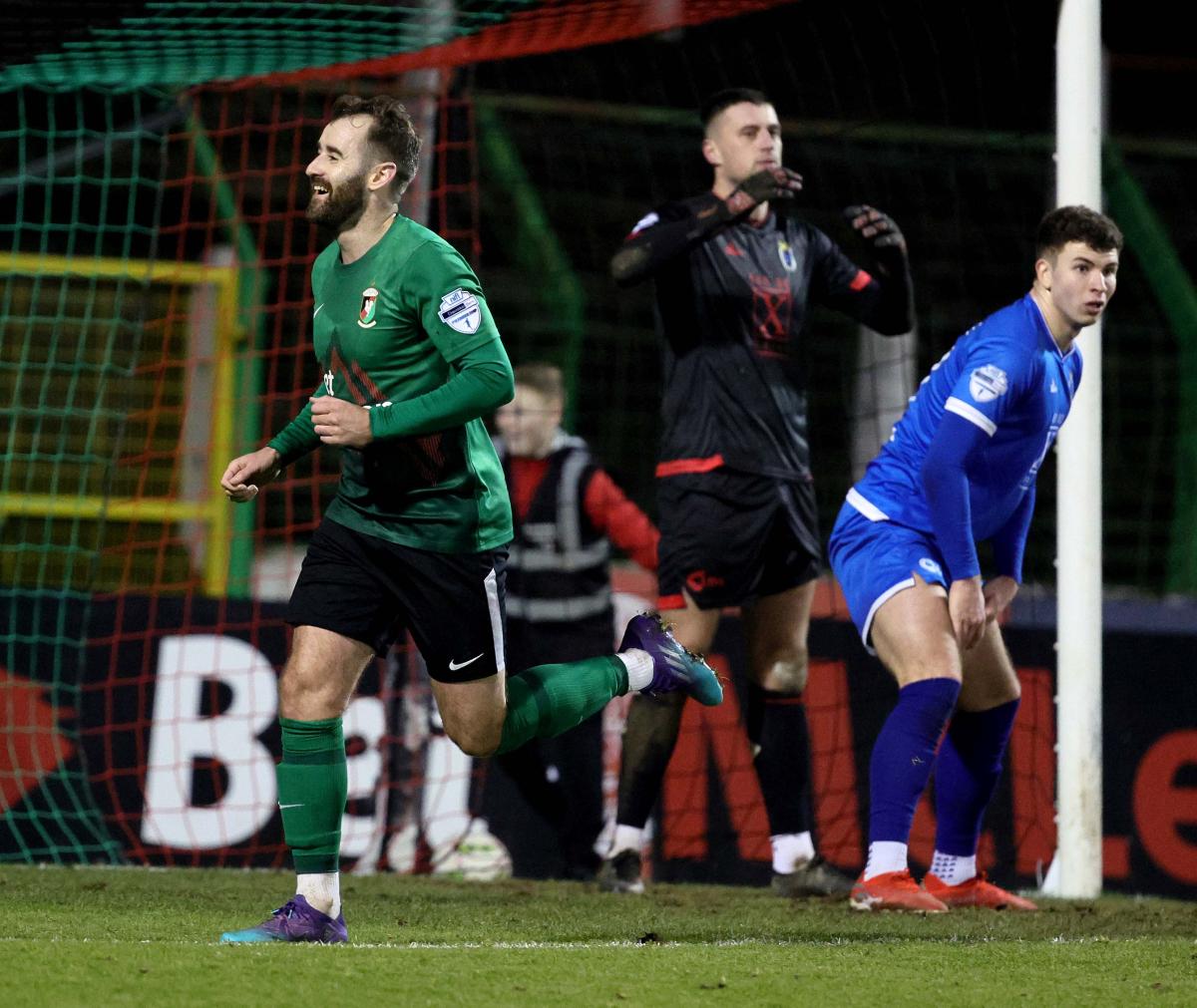 Goal number one came on 22 minutes. Niall McGinn robbed Caolan Marron on the left and then cut inside Steven Scott before drilling a low shot past Declan Dunne from around 14 yards. 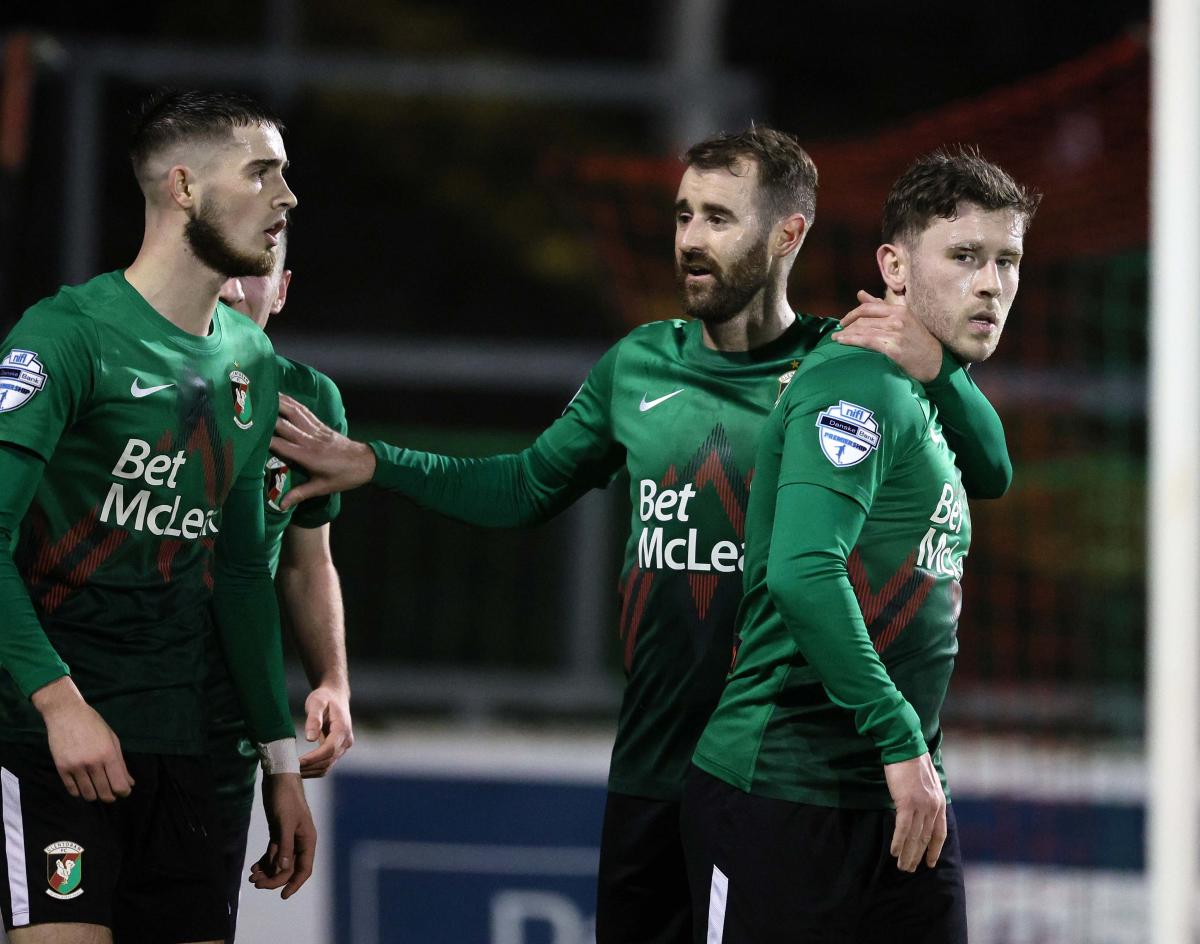 Glentoran doubled their lead on 28 minutes. Caolan Marron played the ball back to his goalkeeper who, in turn, played it out to Steven Scott. Scott lost possession to Jay Donnelly and his quick pass found Shay McCartan who finished superbly. It might have been 3-nil on 30 minutes when a great crossfield ball from Shay McCartan found Jay Donnelly on the edge of the area. The striker was unlucky though, Declan Dunne pulling off a fine save to deny him. 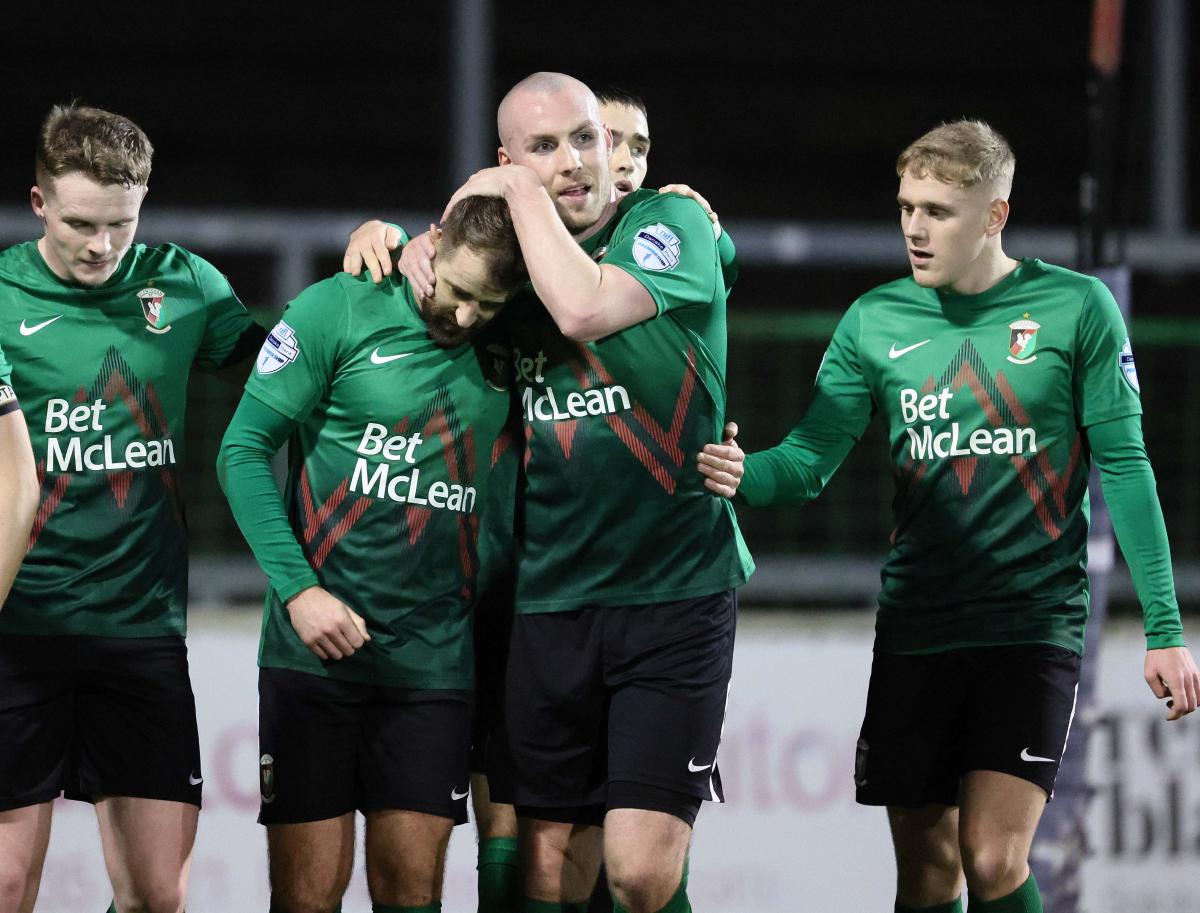 The third goal followed on 35 minutes. Luke McCullough's free kick from close to the halfway line was headed on by Marcus Kane. Jay Donnelly met the ball and superbly played it into the path of Niall McGinn. The Northern Ireland international carried it into the area before finding the bottom right hand corner of the net. And just a minute later McGinn had his hattrick. Rhys Marshall played the ball down the right for Bobby Burns and his cross was met on the volley by McGinn who found the net from 12 yards. 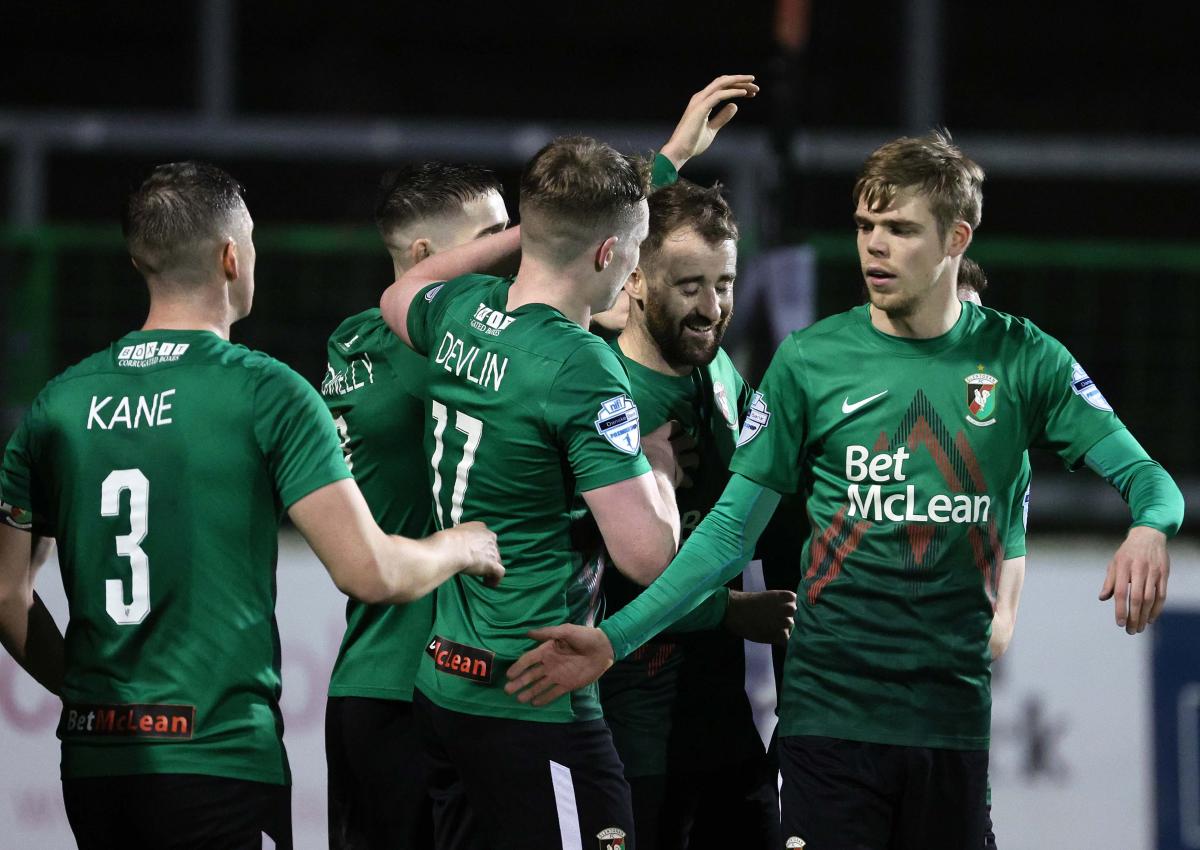 5 minutes from the break it was 5-nil. Glentoran won a corner on the right. Bobby Burns swung the ball into the danger area and Marcus Kane's header deflected off Mayowa Animasahun and past the helpless Dunne in the Swifts goal/ 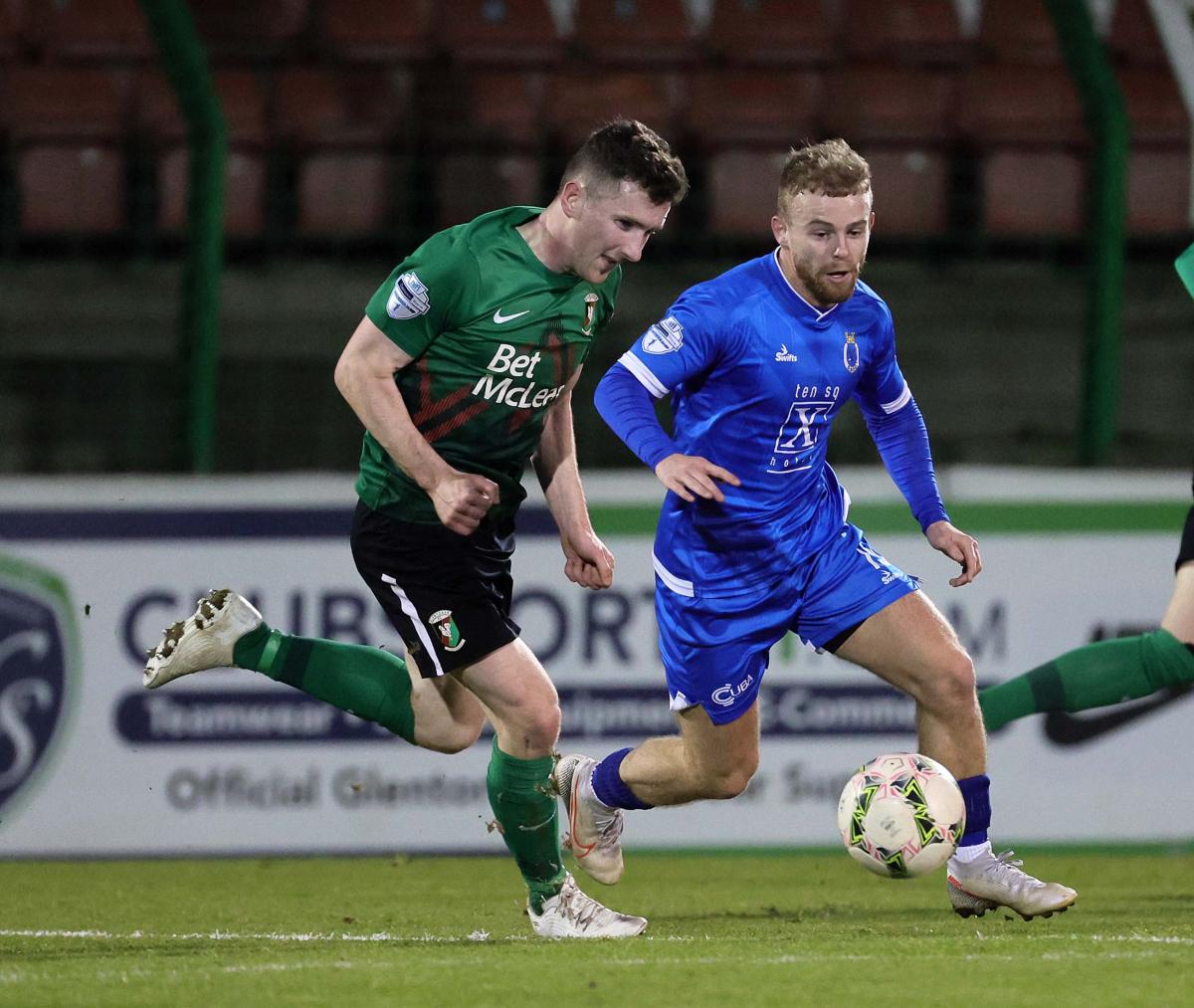 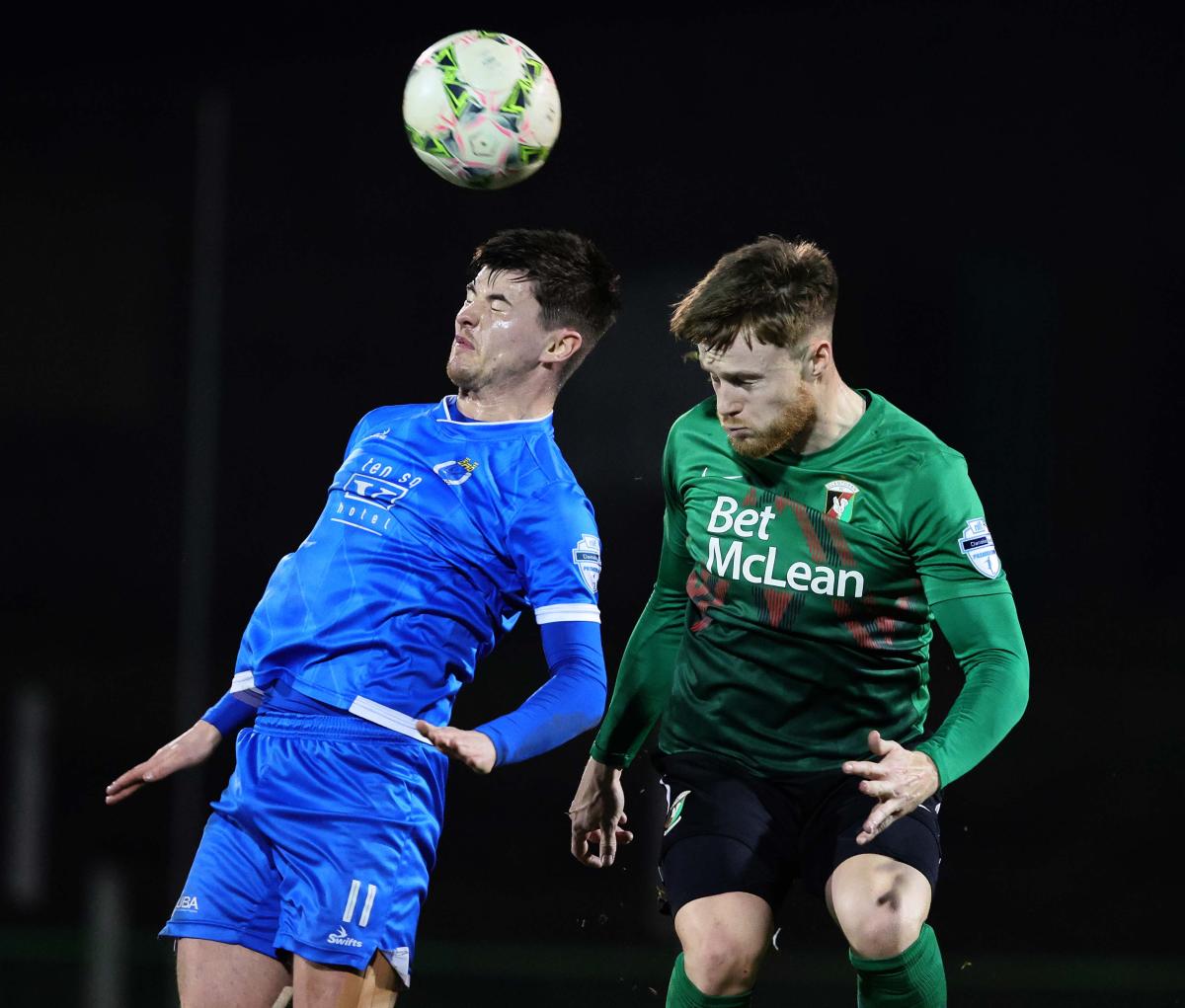 It wasn't long before the home side were on the attack again in the second half. On 53 minutes Rhys Marshall played the ball down the right. Jay Donnelly's exquisite flick sent Aaron Wightman away and he drove into the penalty area before firing straight at the Swifts goalkeeper. Moments later hattrick hero McGinn almost turned provider with a low cross which was met by substitute Hrvoje Plum. The Croatian midfielder looked to have made it six but Declan Dunne produced a superb save to deny him. Plum and Wightman then linked up well to create another opportunity for Shay McCartan but his shot flashed across goal and wide of the far post. 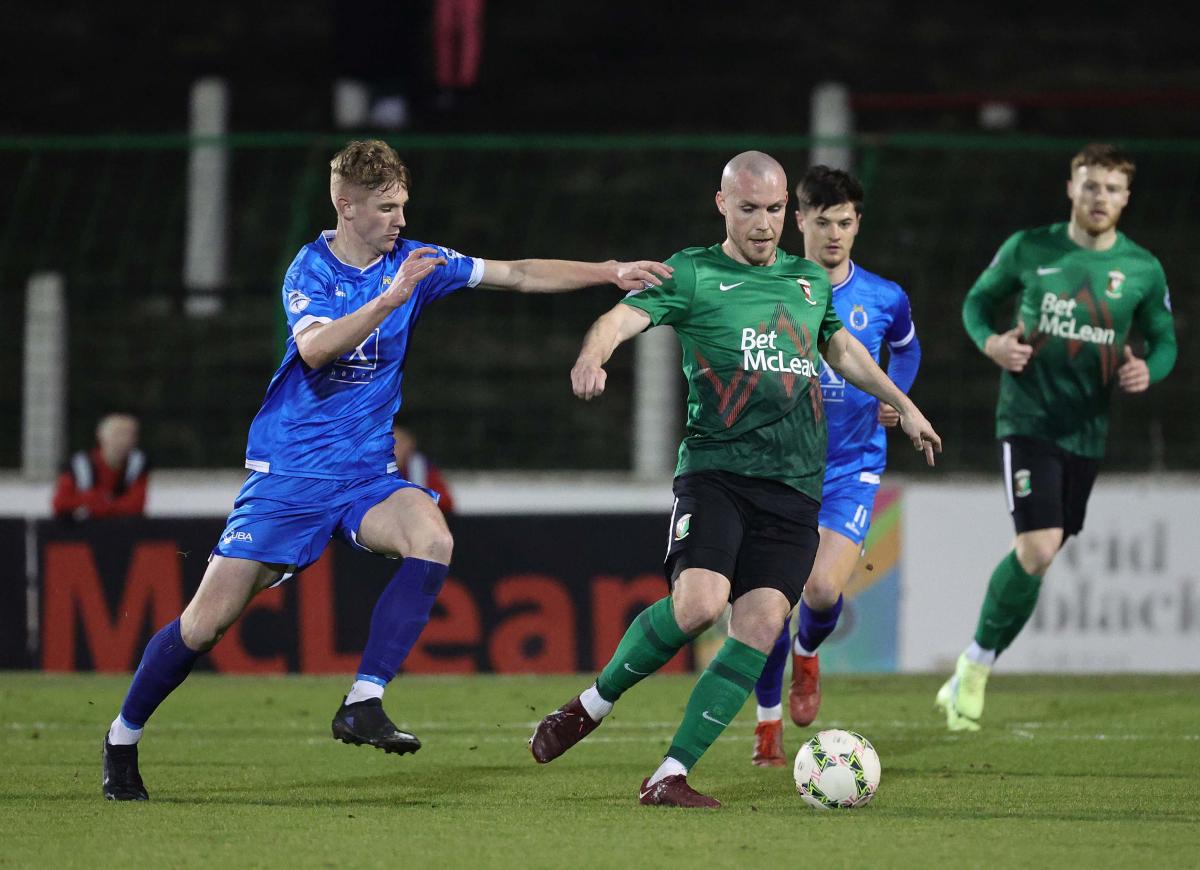 Just after the hour mark Jay Donnelly almost got the goal his performance deserved. He flicked the ball past the keeper but Mayowa Animasahun was able to get back and clear it off the line. Donnelly and Wightman then combined again to create a chance for the excellent Terry Devlin but his shot was straight at the goalkeeper. On 65 minutes Glentoran's 6th goal finally arrived. Shay McCartan was fouled just outside the area. McGinn and Plum both seemed interested in taking the free kick but it was McCartan himself to took responsibility, firing superbly past the defensive wall and into the top corner. 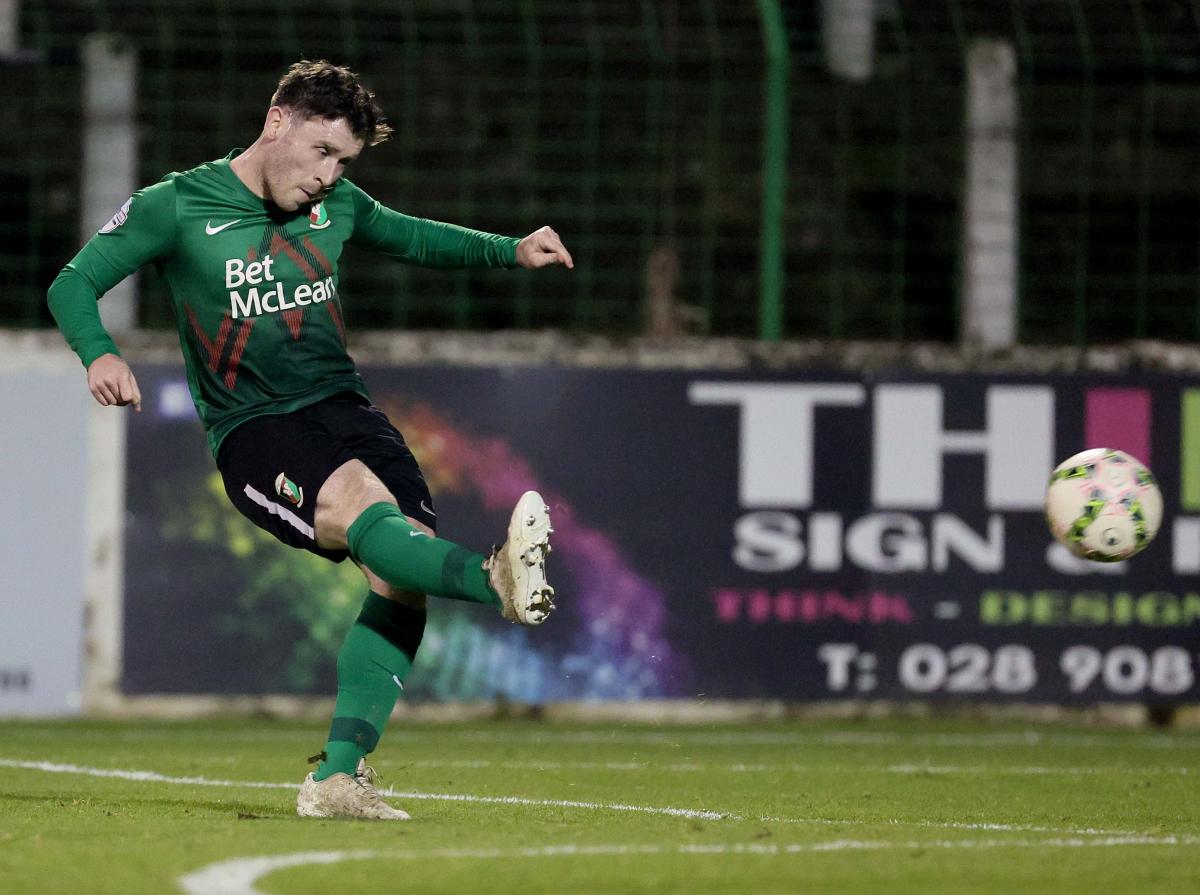 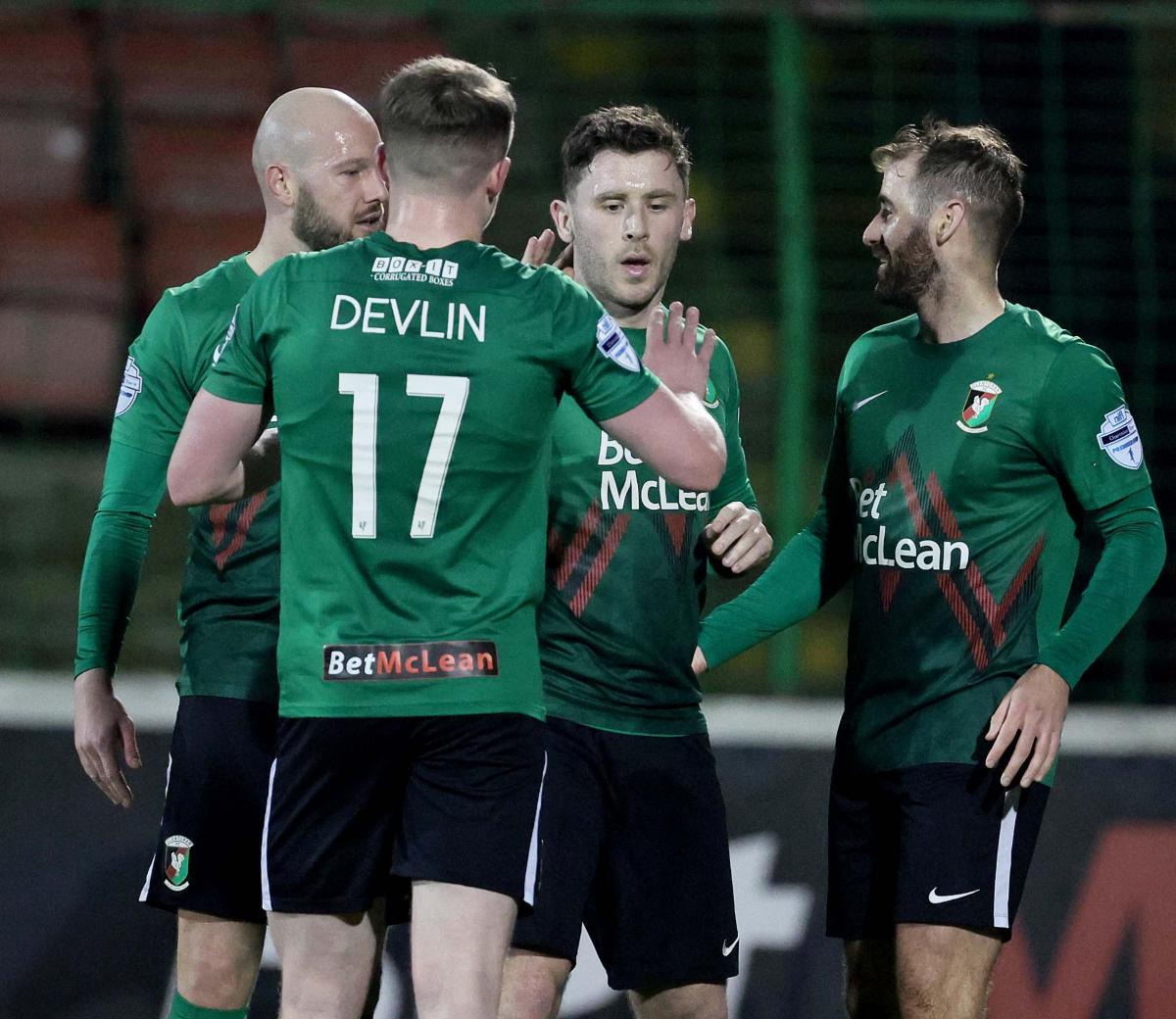 Rodney McAree then rang the changes, bringing on 4 further substitutes. There was one final opportunity which fell to Jay Donnelly after he latched on to a pass from brother Rory. Glentoran's number 9 again connected well but Dunne was on hand to produce yet another fine save. 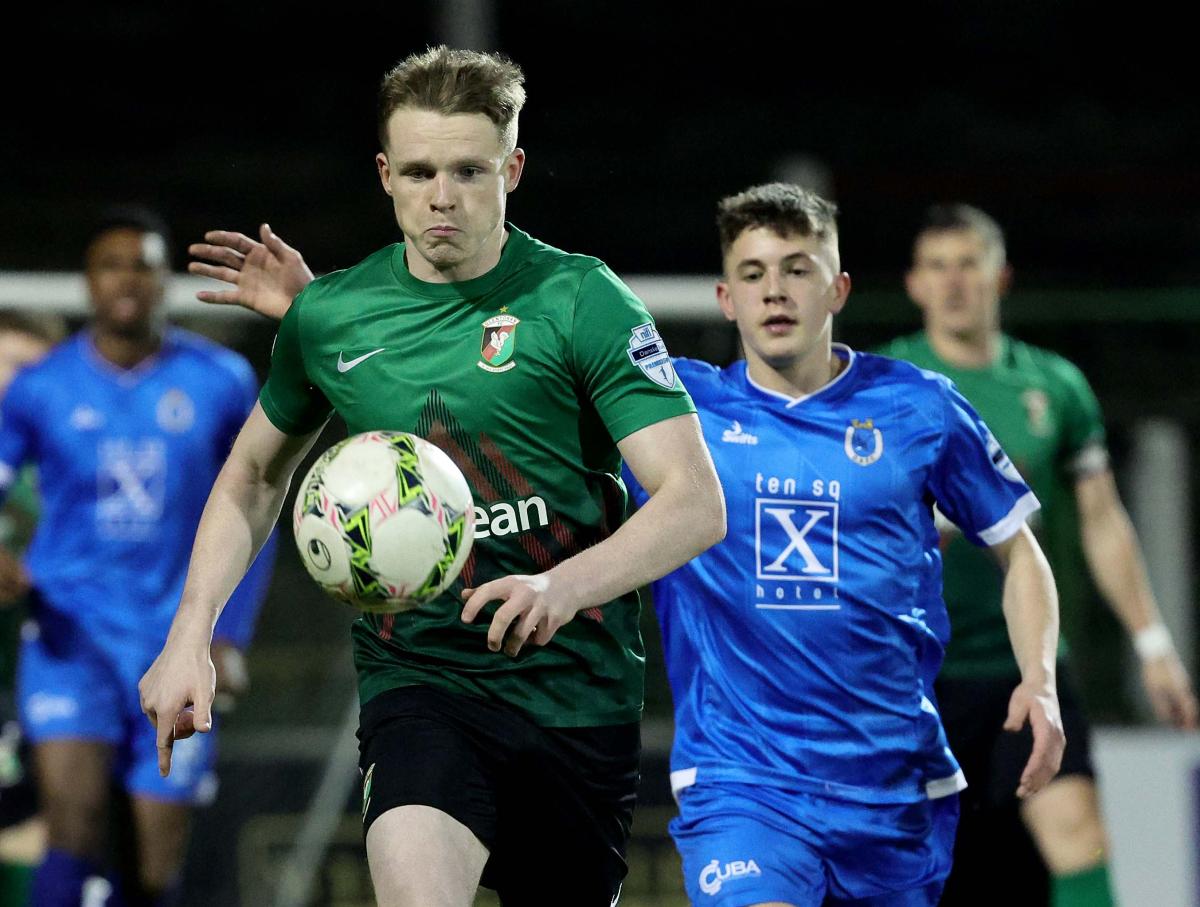 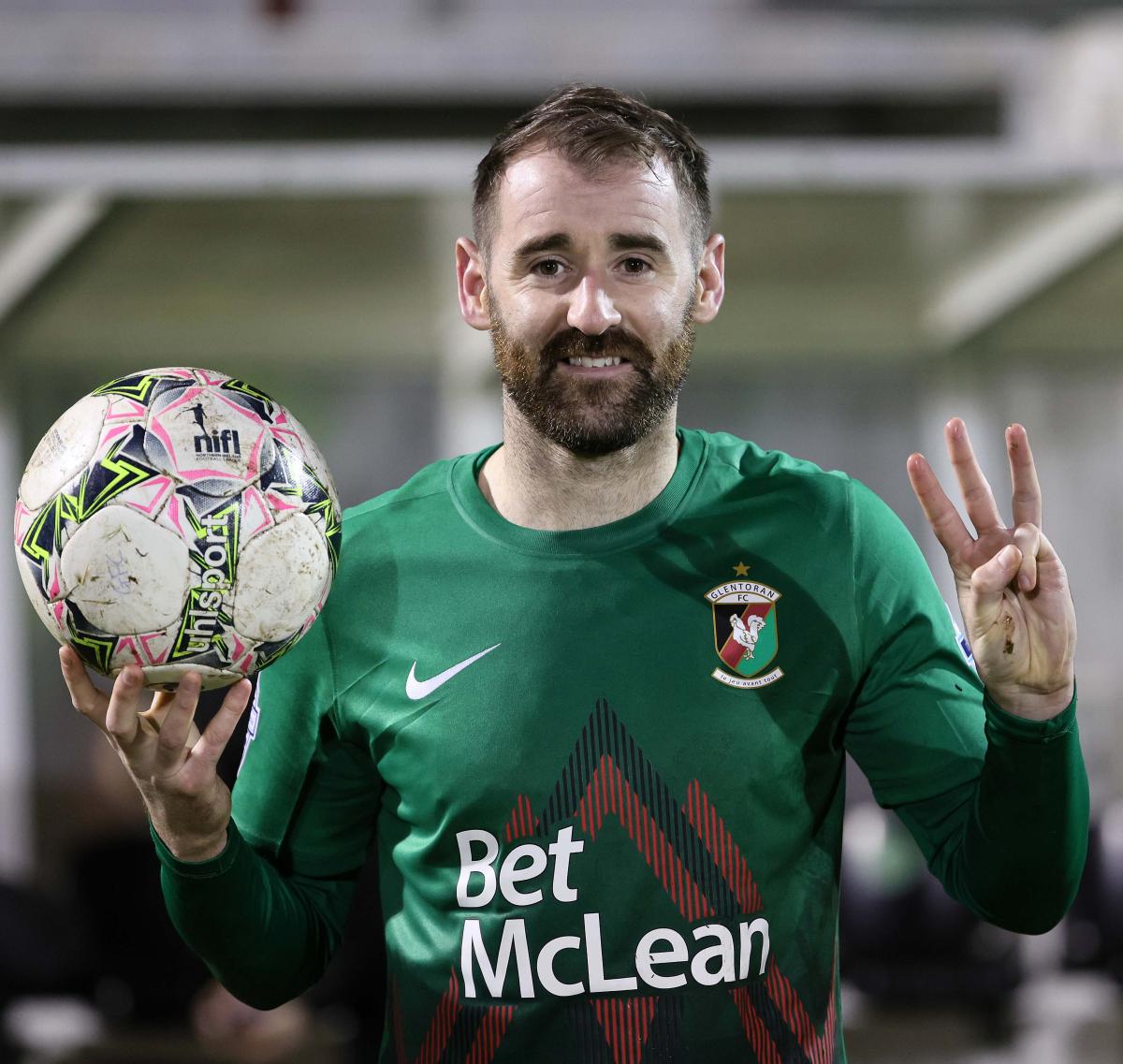