A sublime strike from Dylan Davidson was the highlight of the night as Glentoran put 4 goals past Newry City in the Danske Bank Premiership at the Oval and climb to third in the table. 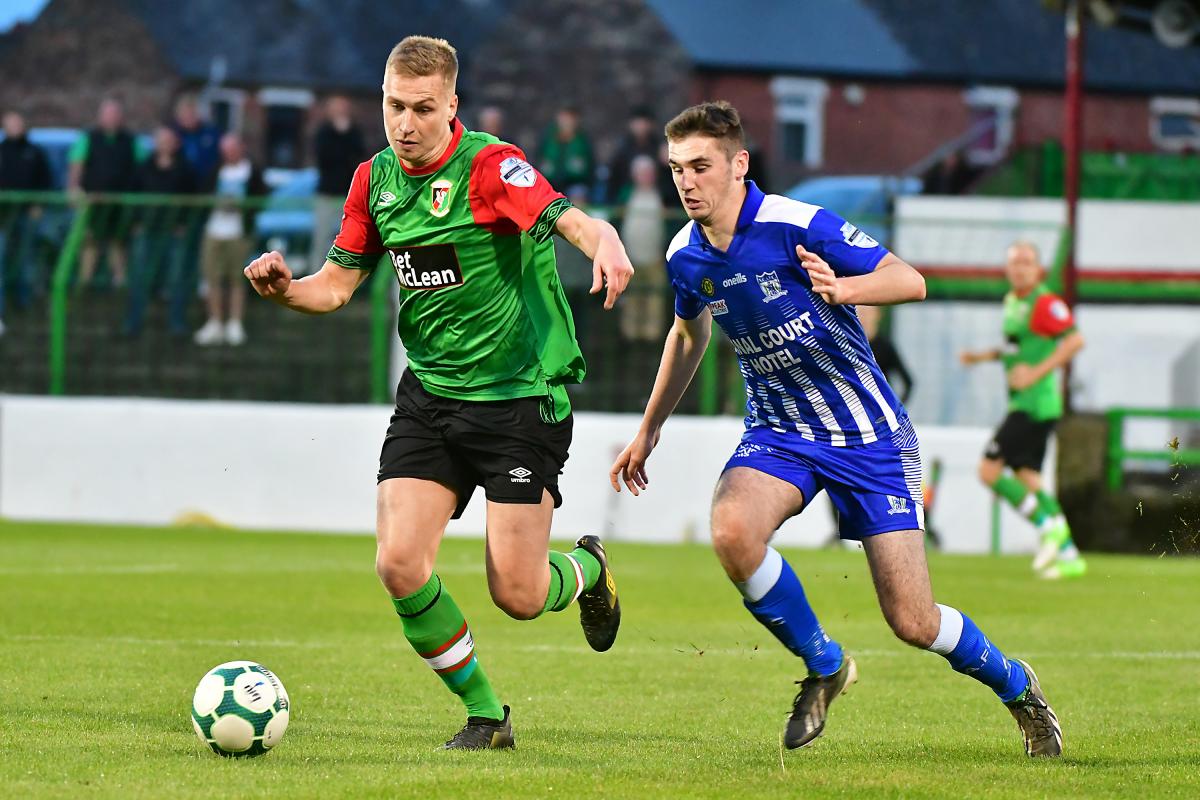 Following last weekend's decent performance away to Glenavon many Glentoran supporters were looking forward to seeing Connor Pepper and John Herron play together for the first time and they weren't disappointed. Pepper came in for Joe Crowe who can consider himself a little unlucky to drop to the bench following his excellent performance at Mourneview Park, The game took a while to come to life but on 8 minutes Elliott Morris, presented with an award by former 'keeper, Alan Paterson, to mark his 700 appearances, was almost caught out when he could only parry a shot from Stephen Hughes. As the ball headed towards the goal, Elliott recovered and cleared the danger. The Glens were struggling to put Newry City under any real pressure but the game finally sprung to life on 29 minutes thanks to a superb bit of skill from John McGuigan. McGuigan received the ball from Curtis Allen and his clever back heel put Allen away in the Newry penalty area. The Glentoran number 9 drilled the ball low across the diving Andrew Coleman and into the far corner of the net. 1-nil to the Glens. 3 minutes later Glentoran doubled their advantage. Marcus Kane played a ball down the left to find Curtis Allen. He drove to the by-line before pulling the ball back towards Connor Pepper. It was initially blocked by the City defence but fell to Robbie McDaid who forced it over the line at the second attempt. As halftime approached Newry City, who to their credit never stopped trying all game, had a couple of half chances to pull a goal back. Willie Garrett was on hand to head clear on 42 minutes and then Elliott Morris was forced to make a save. Just before the interval Robbie McDaid was forced off with a hamstring injury. Speaking after the game, Robbie confirmed that it was the same hamstring he damaged in pre-season but felt that this time it wasn't nearly as bad. Fortunately for Robbie and Glentoran we have no game next Saturday. 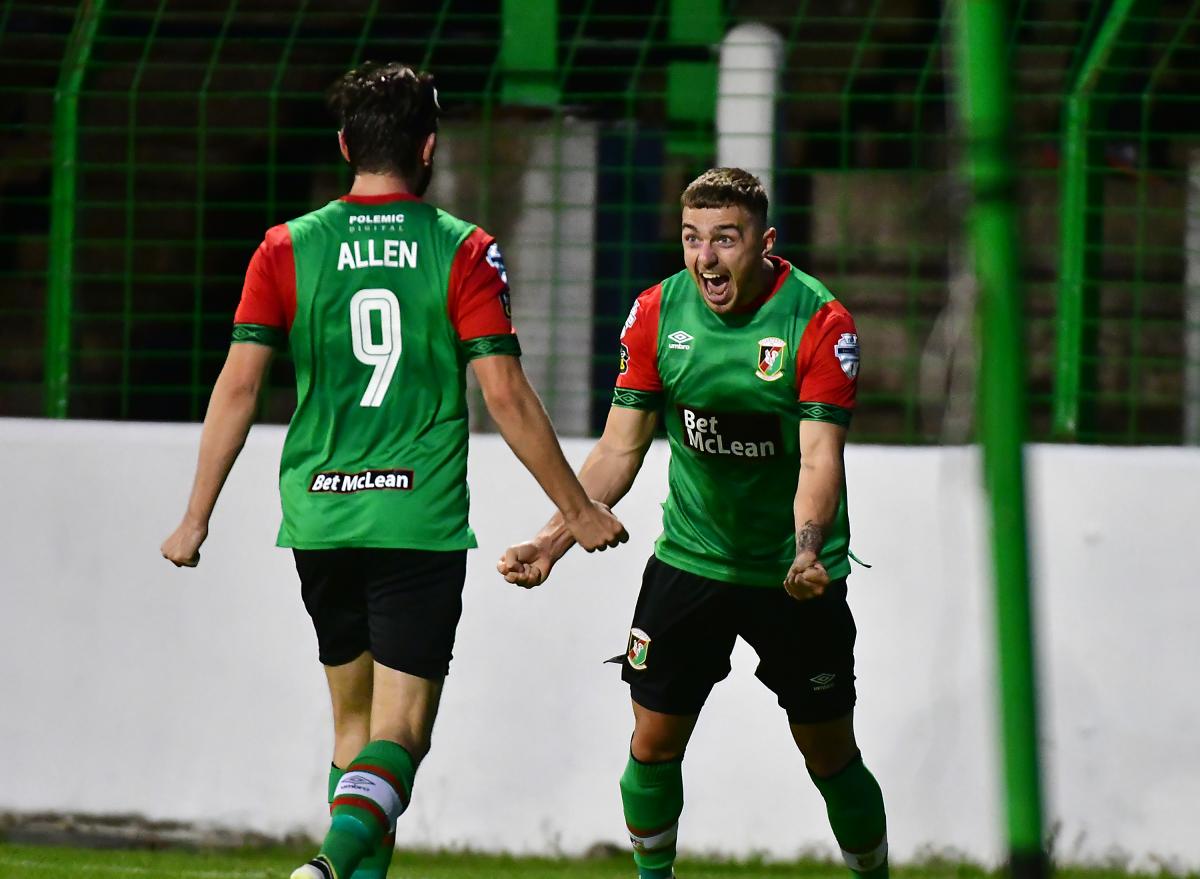 Glentoran looked sluggish at the start of the second half and Newry City pulled a goal back on 49 minutes. A corner from the right wasn't dealt with well at all by the home defence and former Glentoran player Conall Delaney netted from close range. Just before the hour mark Newry City though they had a shout for a penalty when Delaney went down in the area under a challenge from Stevie Gordon. The referee didn't have to make the call though as Delaney had already been flagged offside. 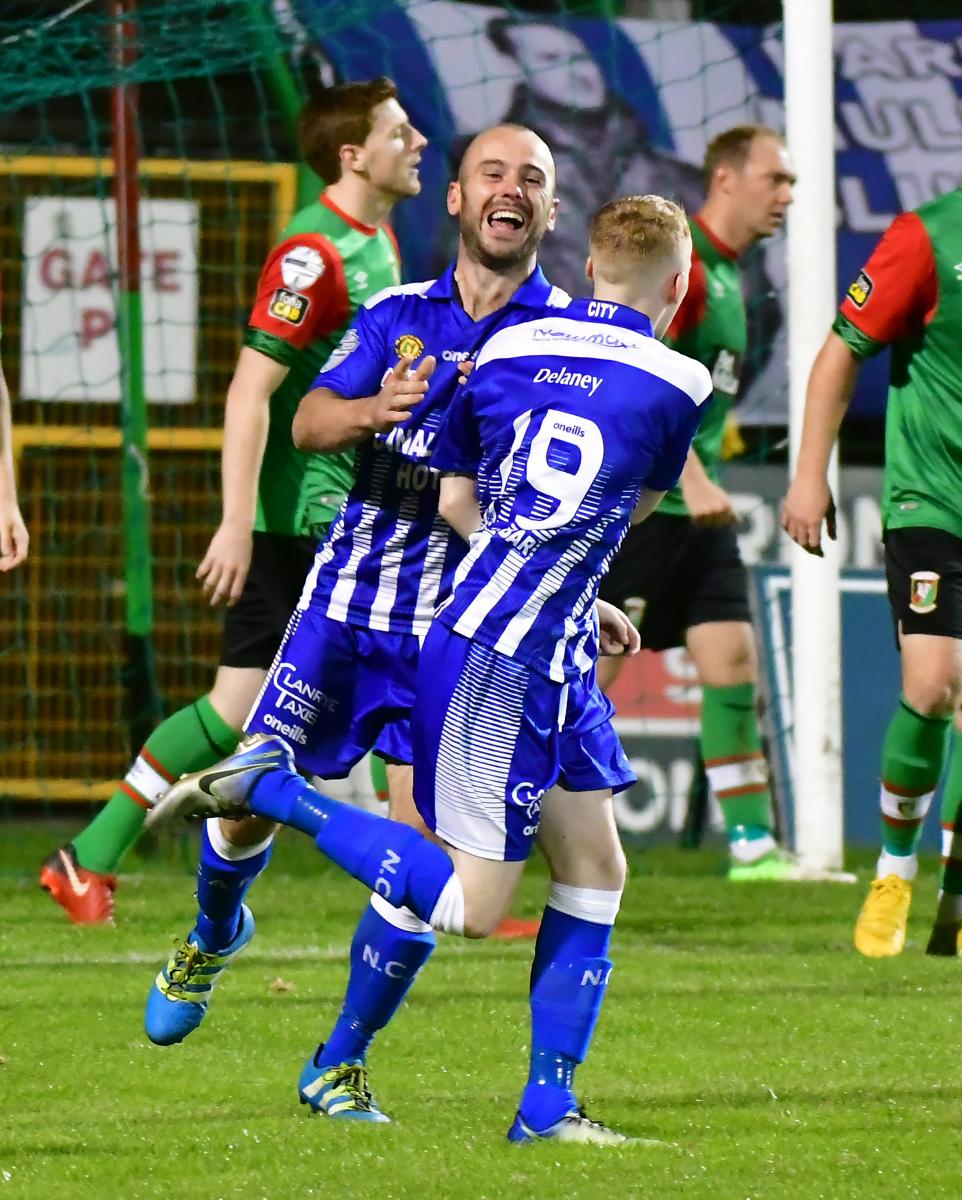 On 60 minutes Glentoran restored their two goal advantage. A right wing corner was swung in by Ross Redman and skipper, Marcus Kane rose to head the ball home. On 67 minutes a sublime ball from Pepper found John Herron. His lay-off to Curtis Allen was excellent and Curtis was unlucky to have his shot blocked. What a goal that would have been! A minute later Newry City had another chance to reduce the defecit. They were awarded a free kick 25 yards from goal. Mark Hughes took it but the Glentoran wall did its job and the danger was cleared. Ten minutes from time Ross Redman conceded a soft free kick, giving the visitors another chance to put the ball into the danger area. The ball fell kindly to Declan Carville but he fired over the bar when well placed. 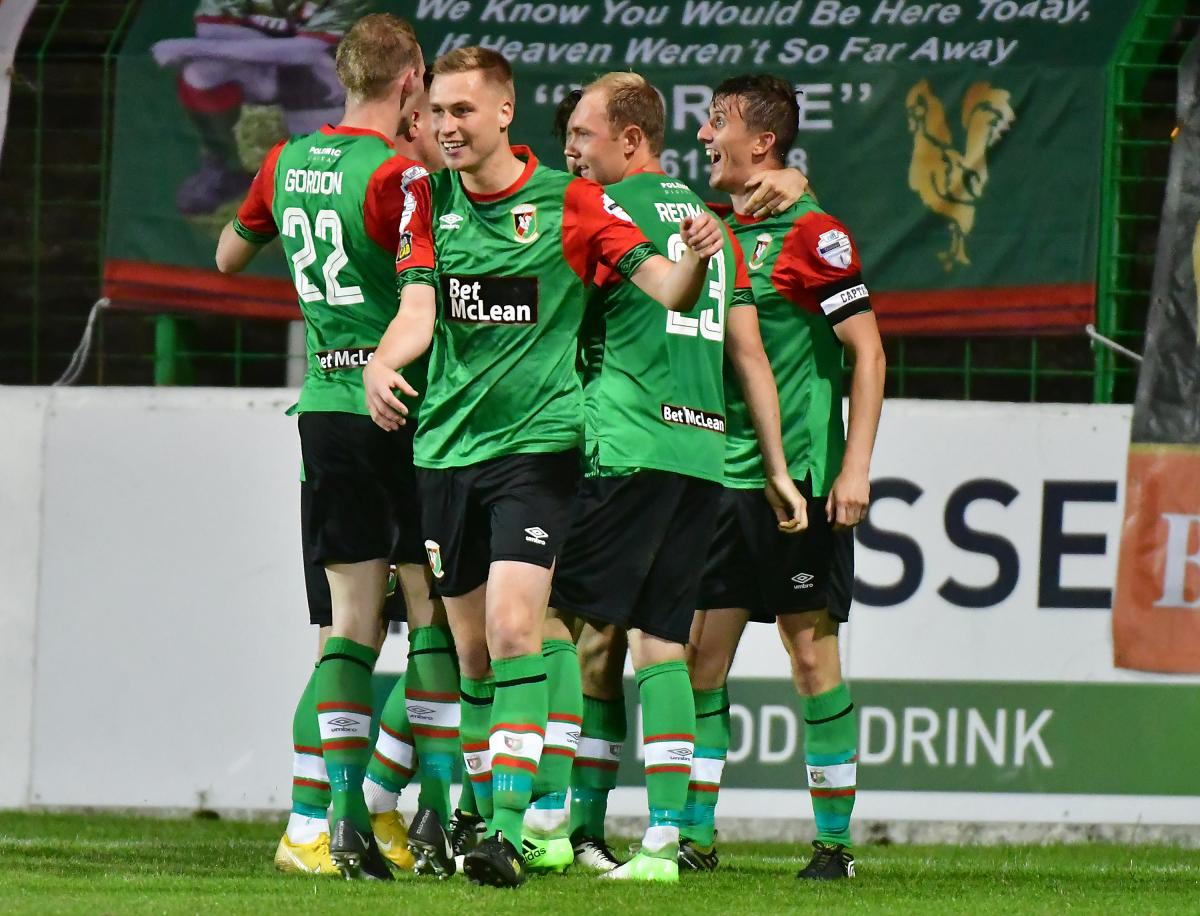 Before Morris could take the goal kick Dylan Davidson came on to replace Willie Garrett with Davidson taking up the left wing slot and Marcus Kane dropping back into the centre of the defence. The youngster was on the field less than two minutes when he scored a wonder goal; another early contender for 'Goal of the Season' and one to certainly rival Peter McMahon's majestic strike against Coleraine a couple of weeks ago. Curtis Allen and John Herron challenged for a high ball with Kevin McArdle. The ball broke to Dylan Davidson and his magnificent strike from around 35 yards flew past the helpless Andrew Coleman in the Sydenham End goal. 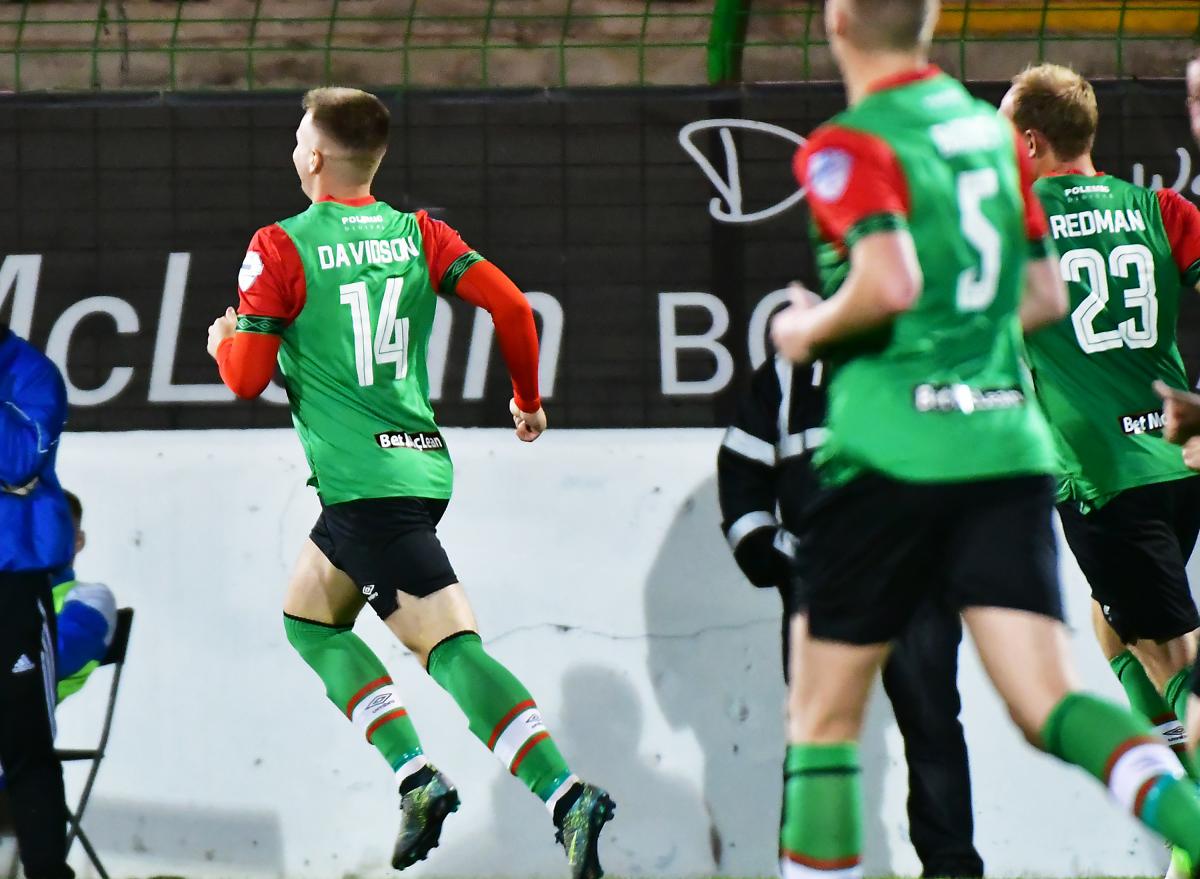 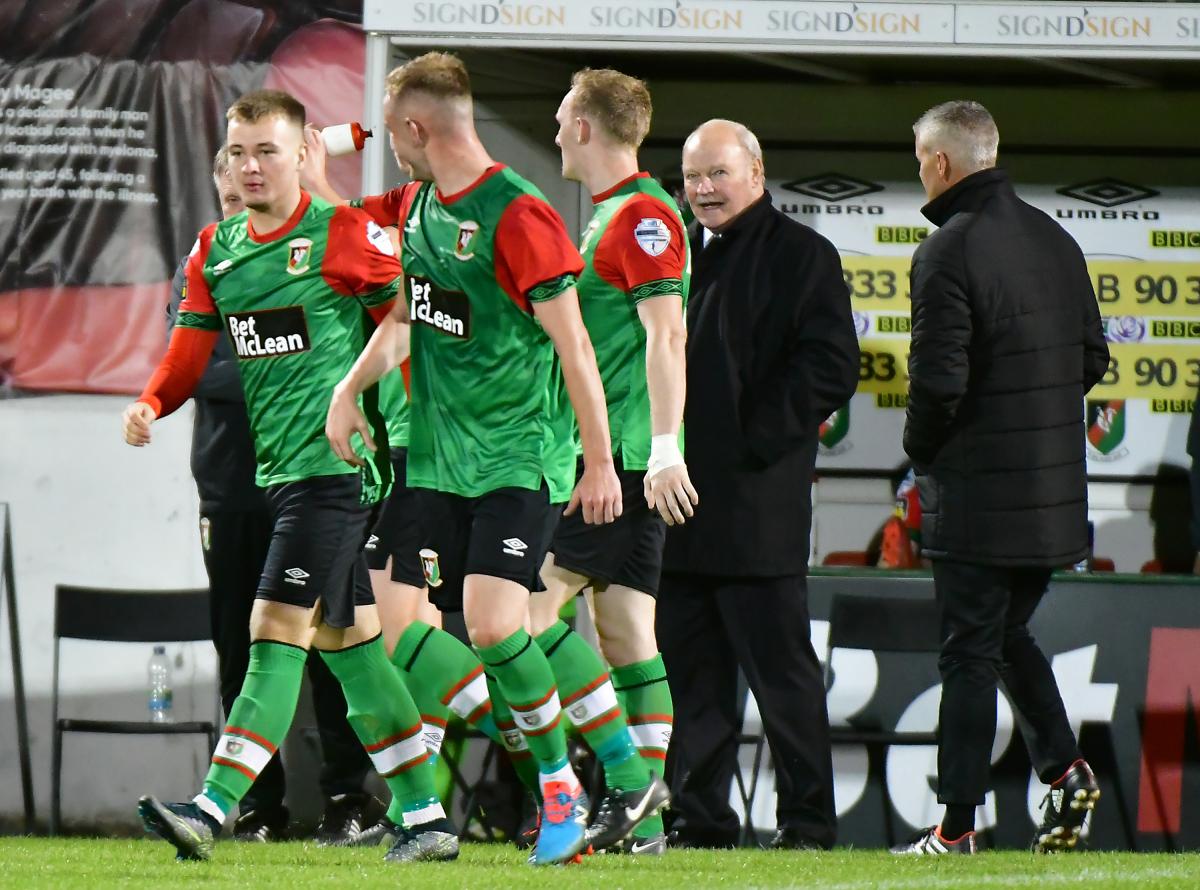 A minute from time there was almost an embarassing moment for Morris when having gathered the ball, he colided with Steven Gordon and the ball went loose. The nearest Newry City player tried to play it towards the unguarded goal but Marcus Kane was on hand to clear up. In stoppage time a needless challenge from Calum Birney saw referee Jamie Robinson point to the spot. Stephen Hughes took the penalty kick but struck the post. 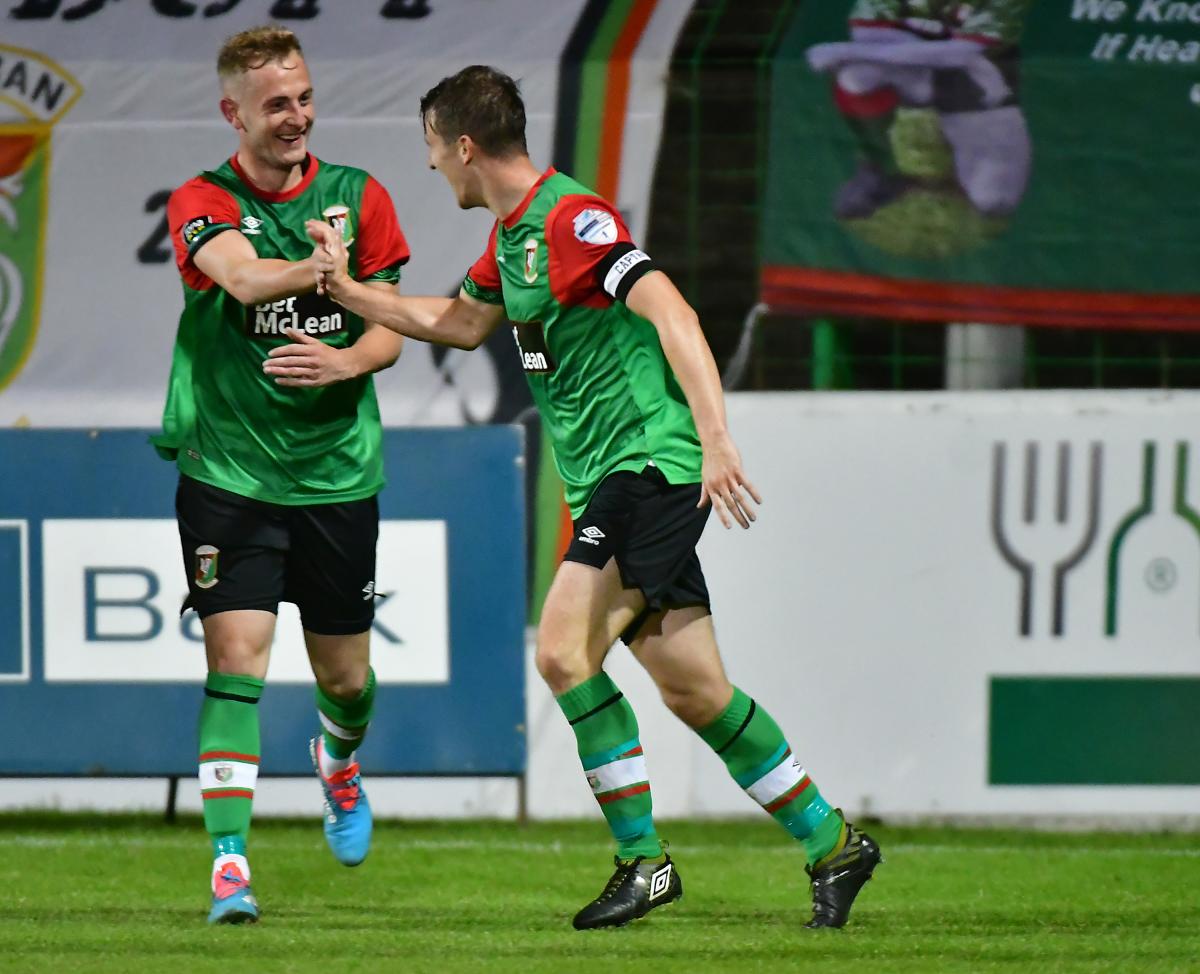 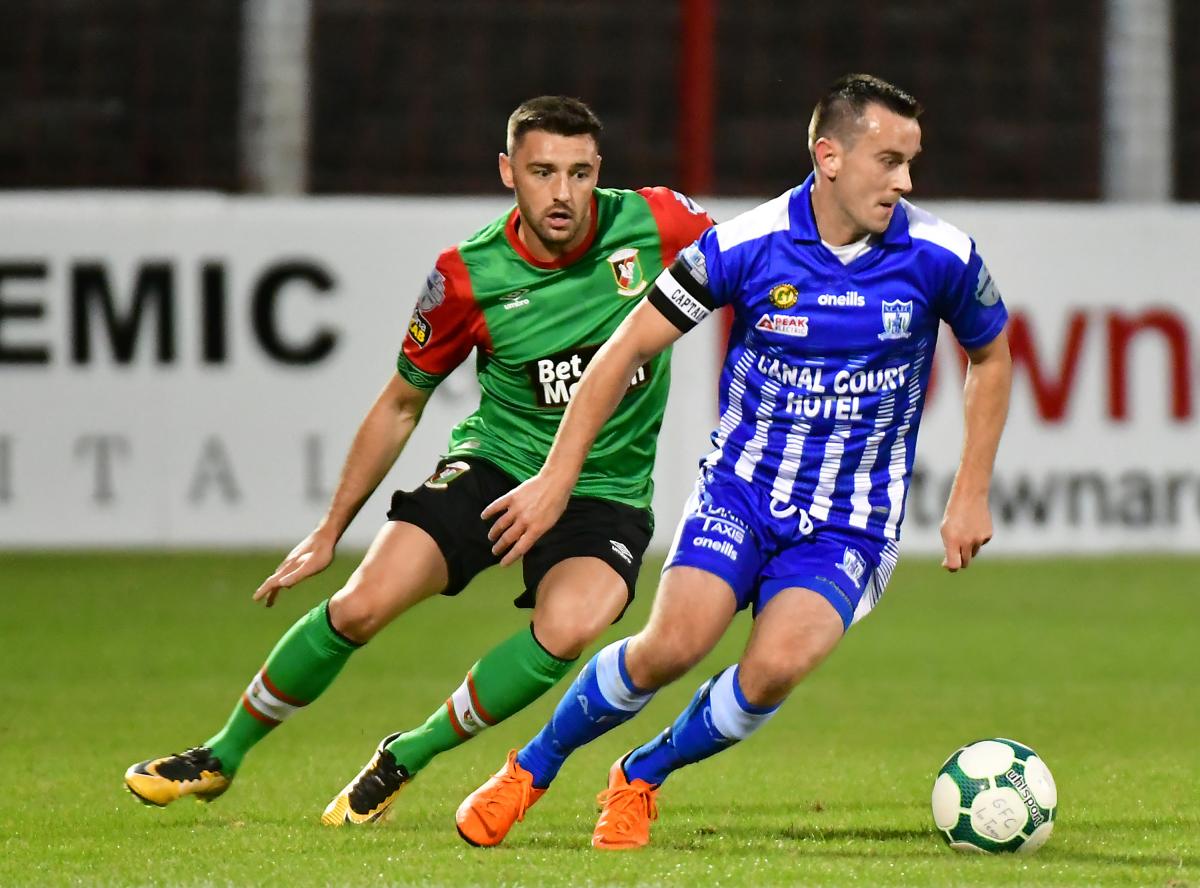