Glentoran bowed out of the Bet McLean League Cup tonight, conceding 3 second half goals to Crusaders. It had looked promising for the Glens who led at half time thanks to two nicely worked goals from Robbie McDaid and Curtis Allen but despite the advantage of a strong wind in the second half, Harry Doherty in the visitors' goal was barely tested. 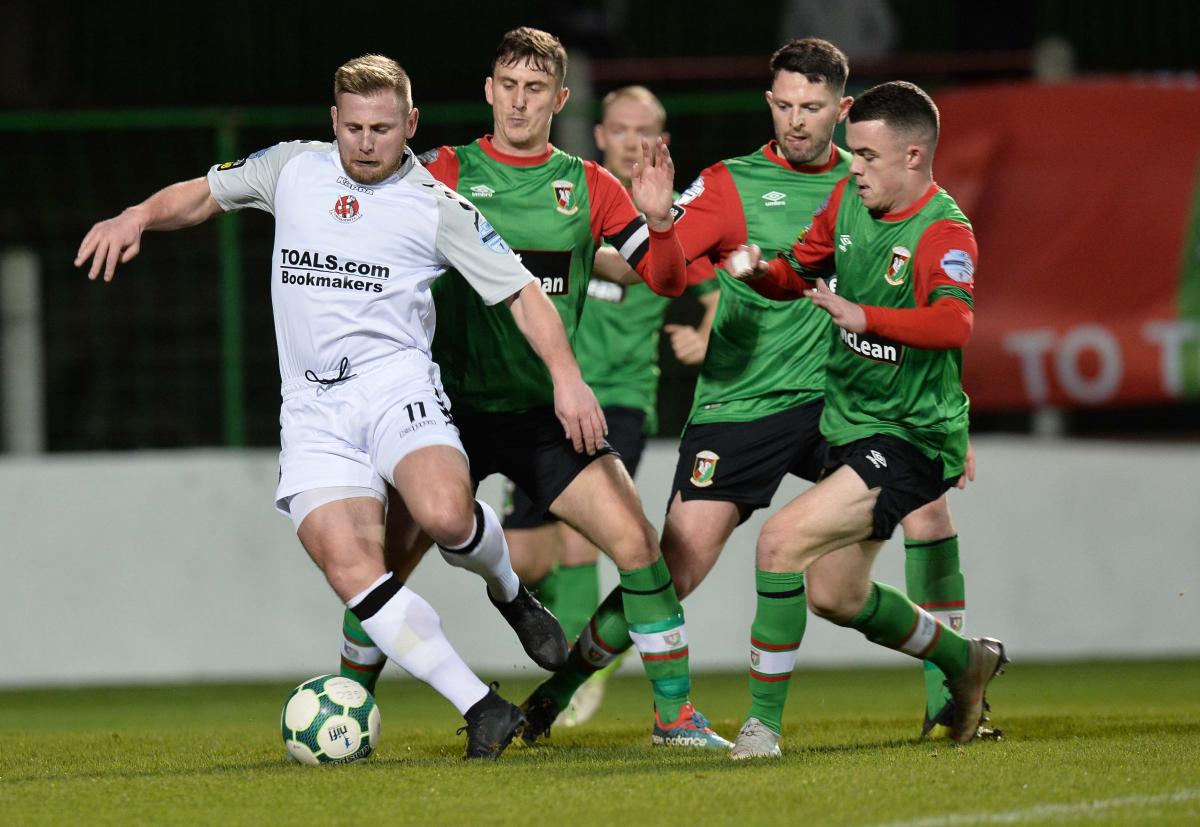 Manager, Ronnie McFall was without the injured Joe Crowe and suspended John Herron & Dylan Davidson so was forced to shuffle the pack with Nathan Kerr moving to the right midfield slot and Willie Garrett coming in at right back. Connor Pepper returned to his normal central midfield role with Marcus Kane starting on the left. 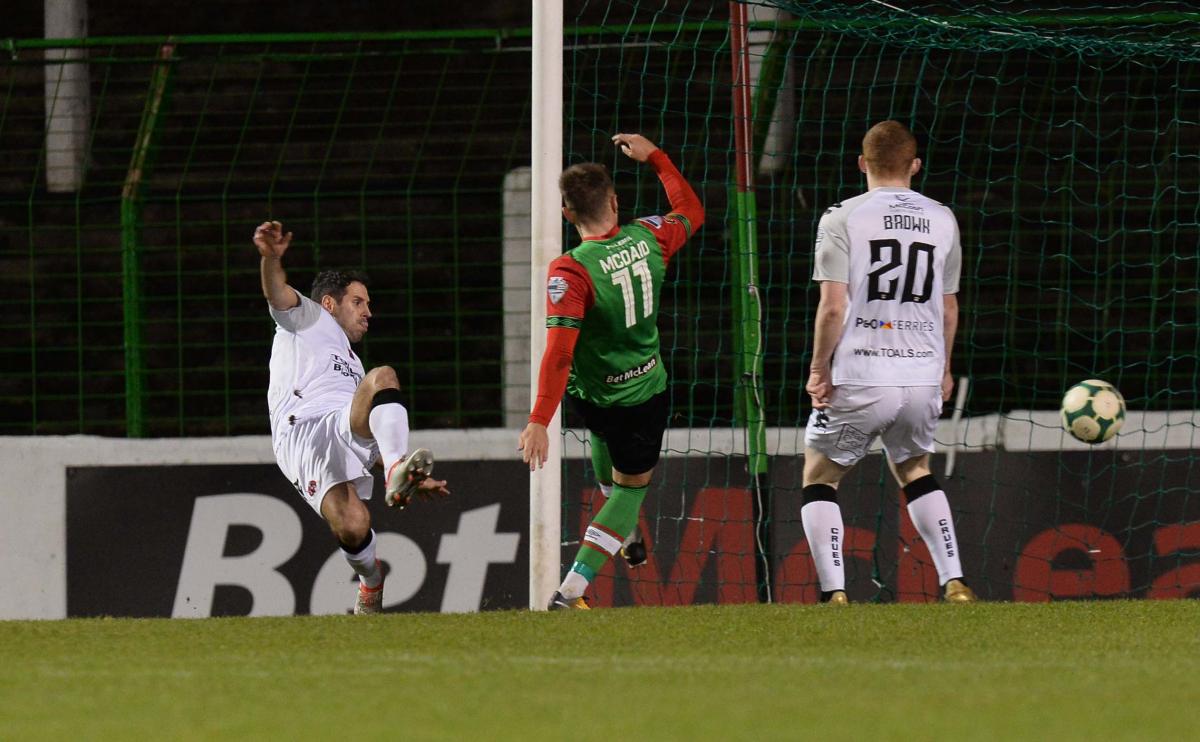 Just 6 minutes had been played when Nathan Kerr found Curtis Allen on the left. His cross to the back post was met by Connor Pepper but the young midfielder was unlucky to see his header come back off the inside of the post. It fell to Robbie McDaid however and he made no mistake, drilling home from close range. On 20 minutes Crusaders levelled. Pepper failed to prevent a cross from the right and Elliott Morris's touch on Gary Thompson's effort only found Jordan Owens who netted from 3 yards. 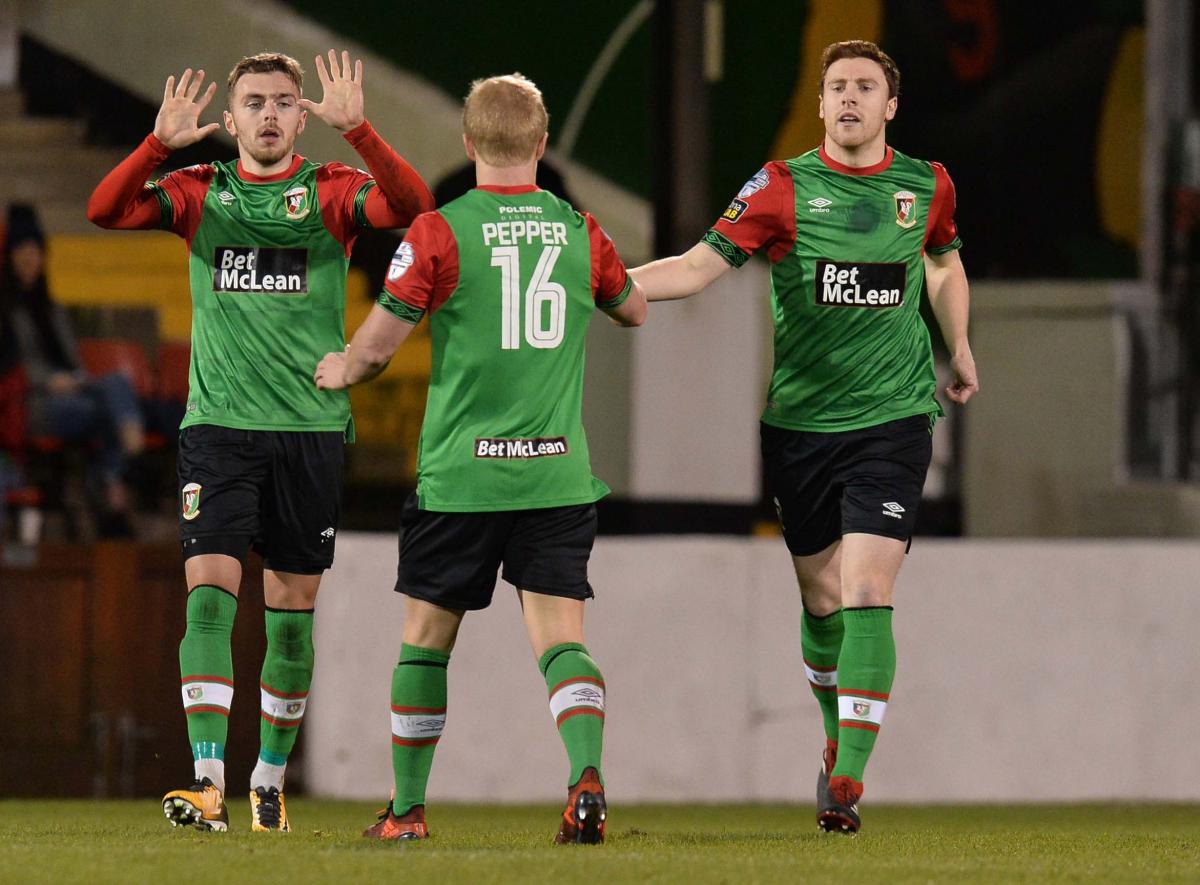 Glentoran regained the lead on 29 minutes. Marcus Kane found McDaid who in turn found Allen. Allen and McDaid then played a delightful one two before the Glentoran number 9 slotted the ball home. 9 minutes from the break a ball into the Glentoran area deflected off Birney and fell to David Cushley. Birney was elert enough though to block Cushley's effort. On the stroke of halftime there was a chance for the home side to extend the lead when McDaid broke away. As he neared the box he opted to try and find Allen when he may have gone straight on for goal himself. 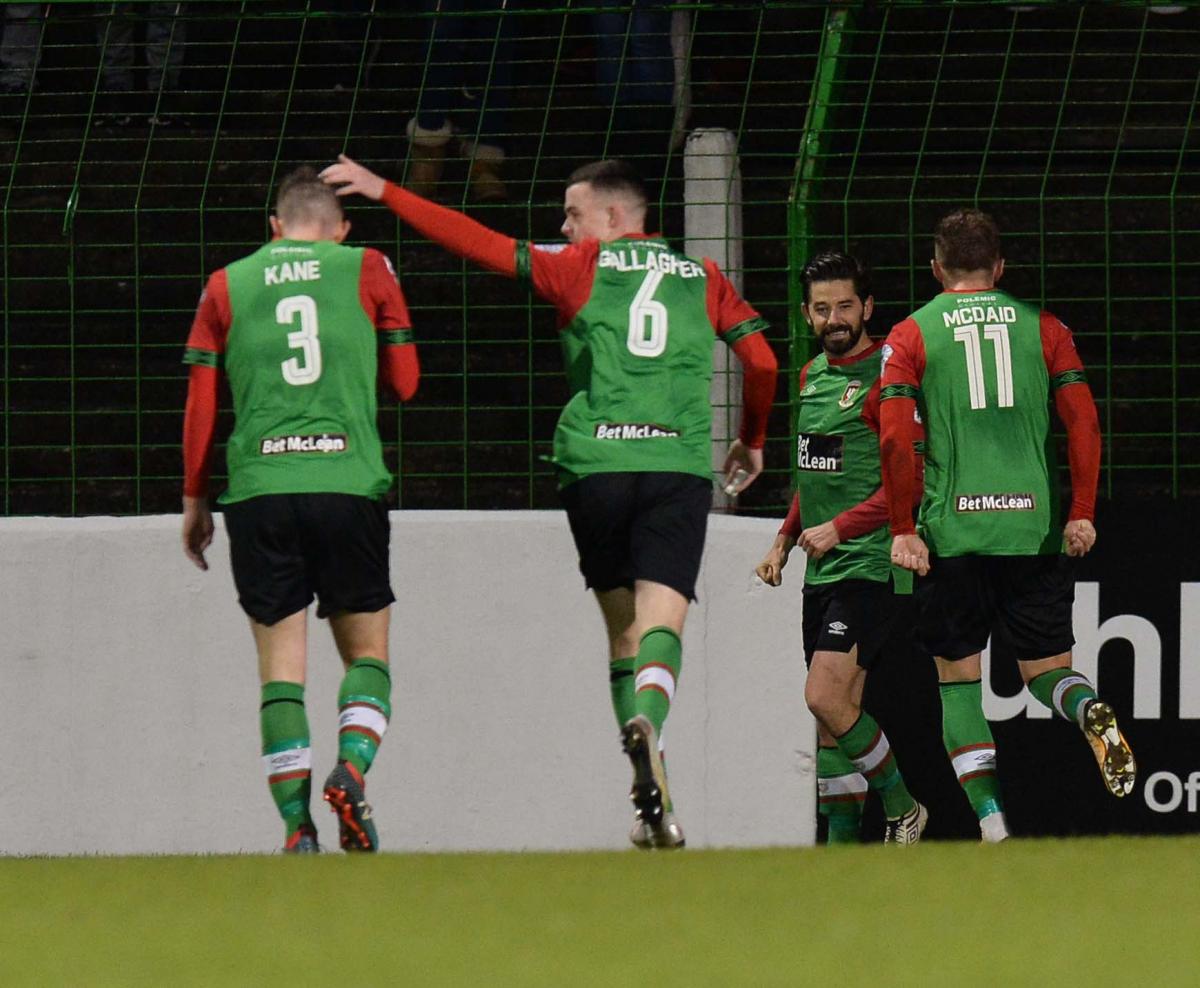 The Glens had two half chances early in the second half. Nathan Kerr's 30 yard effort was on target but easily saved by Doherty.  Kerr then linked up with Pepper on the right but the cross into the danger area was headed wide by McDaid. Two goals in 3 minutes then turned the game on its head. Firstly Cushley got the better of Birney and slotted past Morris before a typical Crusaders goal - set piece fired into the danger area for the big men - with Jordan Owens beating Birney to head home from 6 yards. 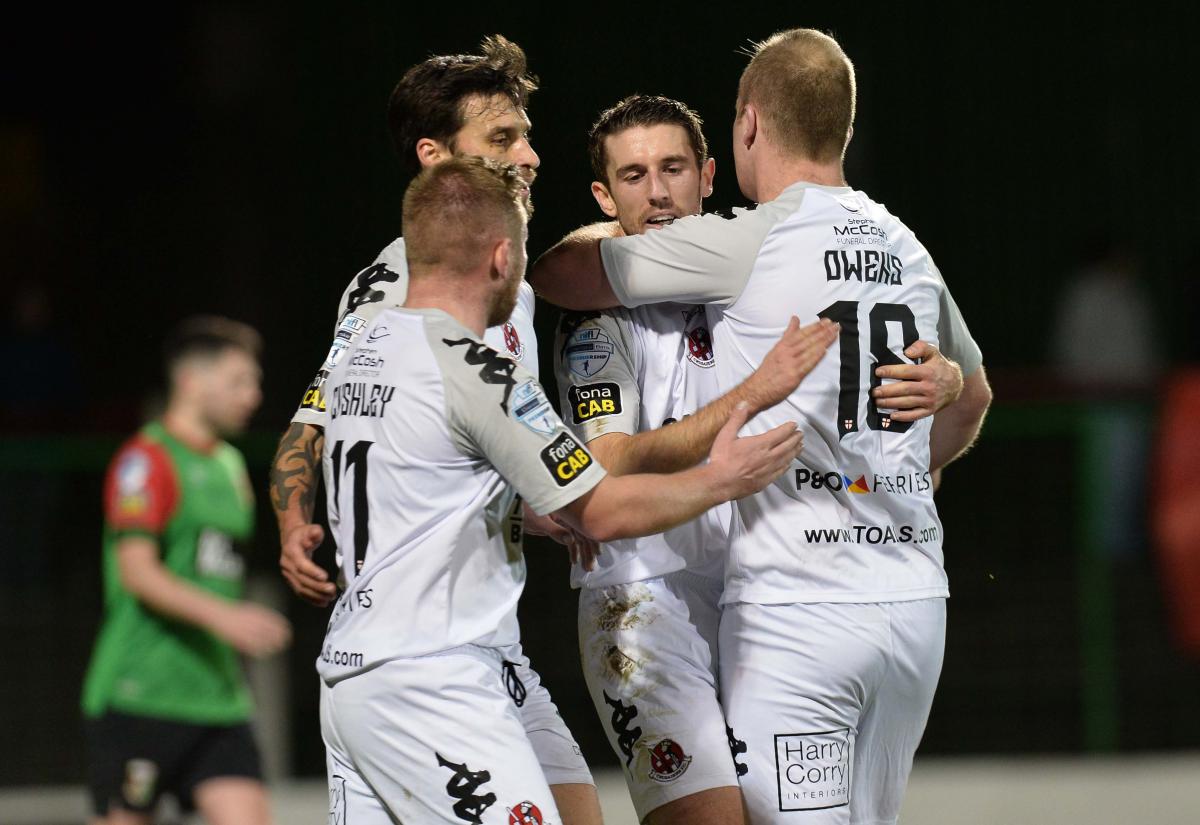 With Glentoran pressing for an equaliser Crusaders broke 5 minutes from time and substitute Heatly made it 4-2. A poor free kick from Ross Redman was easily cleared from the edge of the Crusaders box and once Heatly had evaded James Ferrin there was only one outcome.