Glentoran earned a deserved point at the Oval on Tuesday night after Steven Gordon's late leveller against Glenavon. Temporary boss Roy Coyle, back in the Oval dugout, made a couple of notable changes to his side with young full back Tiarnan McAuley being handed his competitive debut, and Dwayne Nelson selected in goal. After a dismal run of form, the Glens really needed to get their season back on track. 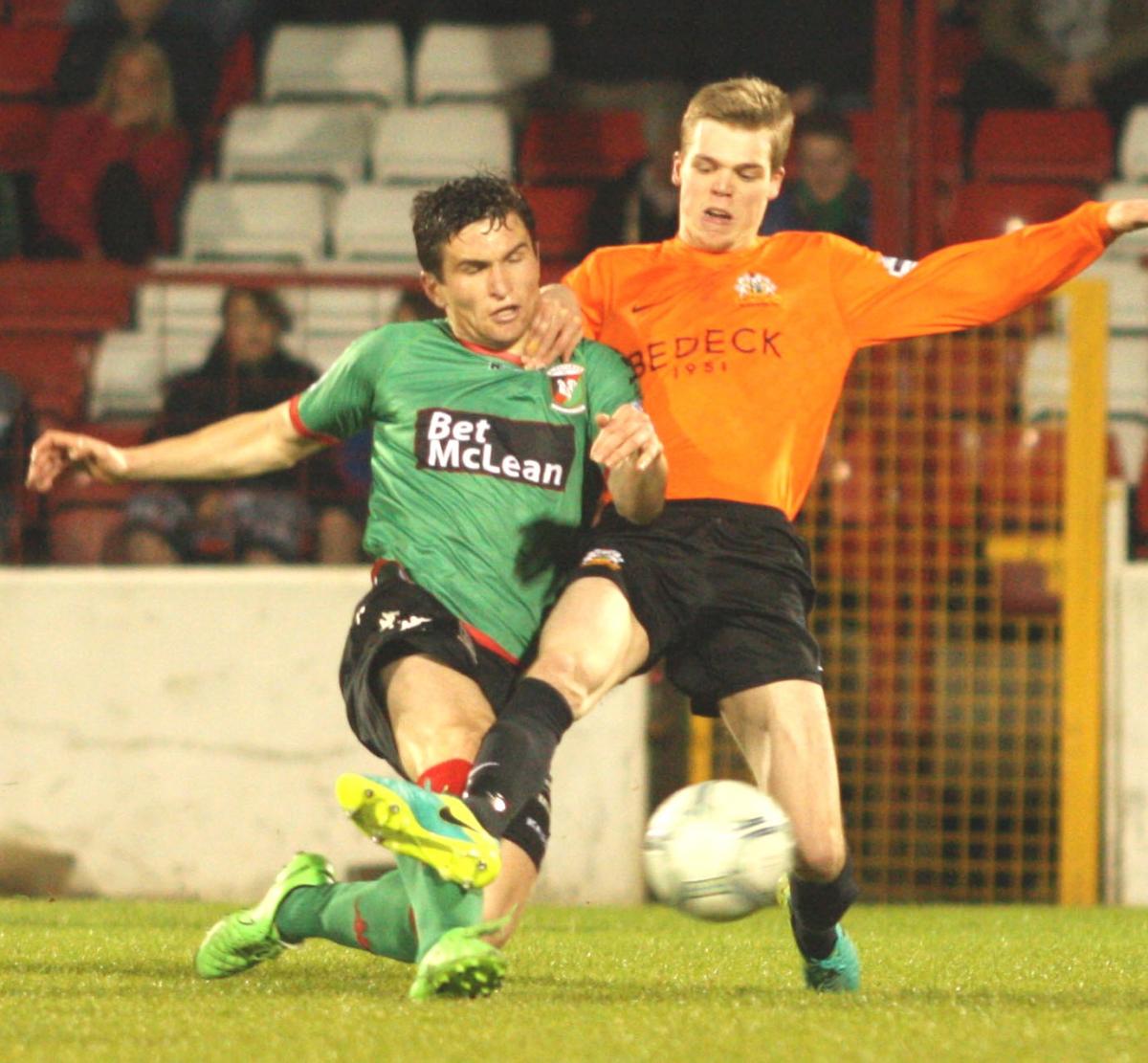 After just seven minutes Spanish forward Nacho Novo was withdrawn because of injury, to be replaced by Alex Leu. The Moldovan international was at the heart of everything good about Glentoran though with his direct running at the Lurgan Blues' defence. The opening stages were certainly exciting, however apart from Guy Bates flashing an attempt inches wide of Nelson's upright there wasn't much in the way of clear cut chances.

That changed on the 20th minute when Leu drilled a low cross into the danger zone from the flank, and Jonny Smith was on hand to smash home from point blank range. The home team looked to build on that opener with a succession of corners and free-kicks coming to nothing, before on 33 minutes Smith slammed an effort from 25-yards just wide of the Glenavon goal.

Just two minutes after that however Gary Hamilton's side drew level. Andrew Doyle played a wonderfully weighted ball over the top of the Glens' defence for Eoin Bradley to latch on to, and the ex-Coleraine striker slotted home with his left foot giving Nelson no hope. Glenavon then piled the pressure on with their own numerous set-pieces however the half ended with the Glens breaking and Leu's strike easily saved.

The east Belfast outfit probably edged the opening forty-five and will have been disappointed at being level. They attempted to get back into the lead from the off in the second half, with Calum Birney's header sailing just over the crossbar. The Glens were pressing and pressing however found themselves behind after a moment of magic from Joel Cooper.

Cooper, who was on trial with Bristol City in the summer, collected the ball on the wing, sent two Glens defenders the wrong way and then lofted the ball over Nelson brilliantly from a tight angle. This really knocked the stuffing out of Glentoran, however should've leveeled on 63 mins when Laverty went clean through but dragged his shot wide.

The game looked to be petering out after half chances for Magee, Leu and Laverty all went begging, and with three minutes left Rhys Marshall almost wrapped the points up for Glenavon after his glancing header went inches over the bar.

With time running out though Gordon latched on to a ball in from the right and slammed home the equaliser to give Glentoran a share of the spoils. Much better from the team this week who gave absolutely everything and were applauded off for doing so. Next up is a tough test at home to league champions Crusaders on Saturday. 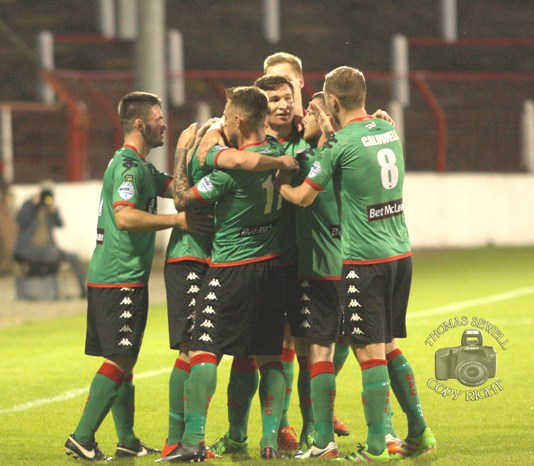 Subs: Leu for Novo and Gordon for Caldwell. 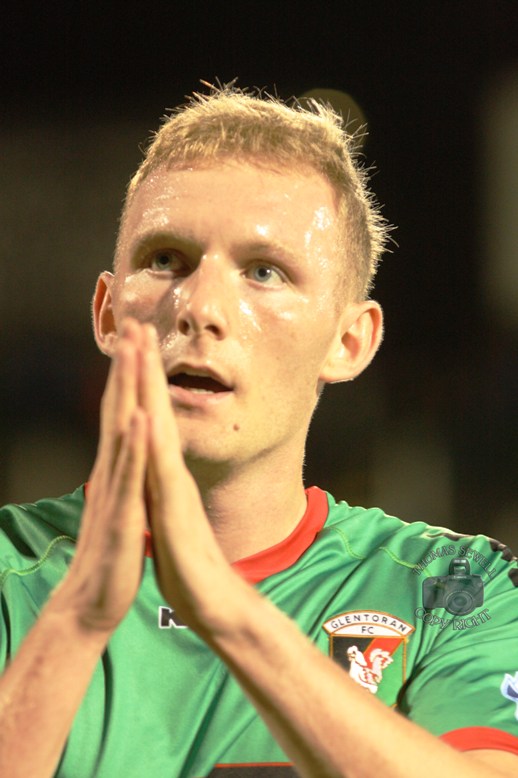