There was late, late drama at the Bet McLean Oval as the Glens recorded another victory in the Danske Bank Premiership this evening.

Having led 1-nil at the interval, Michael O'Connor netting his first for the club, the Glens were pegged back by 72nd minute goal from the Bannsiders only for Conor McMenamin to win it in the final minute.

There was just one change to the XI who started last Friday night's game at Seaview. With Joe Crowe missing through illness, Seanan Clucas returned from suspension to fill that midfield slot. It was also great to see Shay McCartan back on the bench alongside club captain, Marcus Kane. 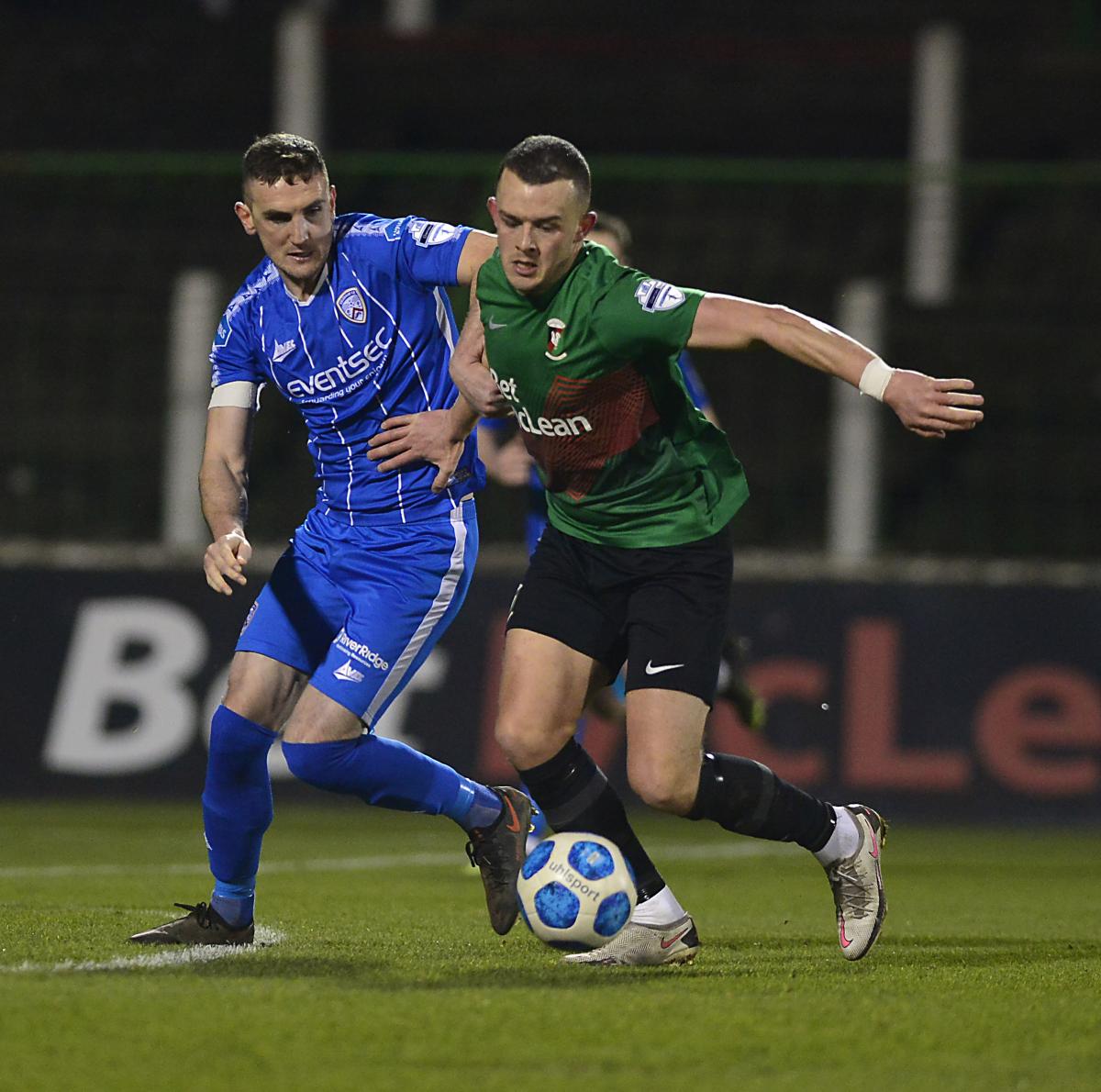 With 2 minutes on the clock a superb long ball from Paddy McClean almost put Conor McMenamin in but Gareth Deane was out quickly to collect the ball ahead of the Glentoran forward. Coleraine's first effort on goal came 3 minutes later. A corner for the visitors was only partially cleared and Josh Carson's low 18 yard drive was well saved by Aaron McCarey. 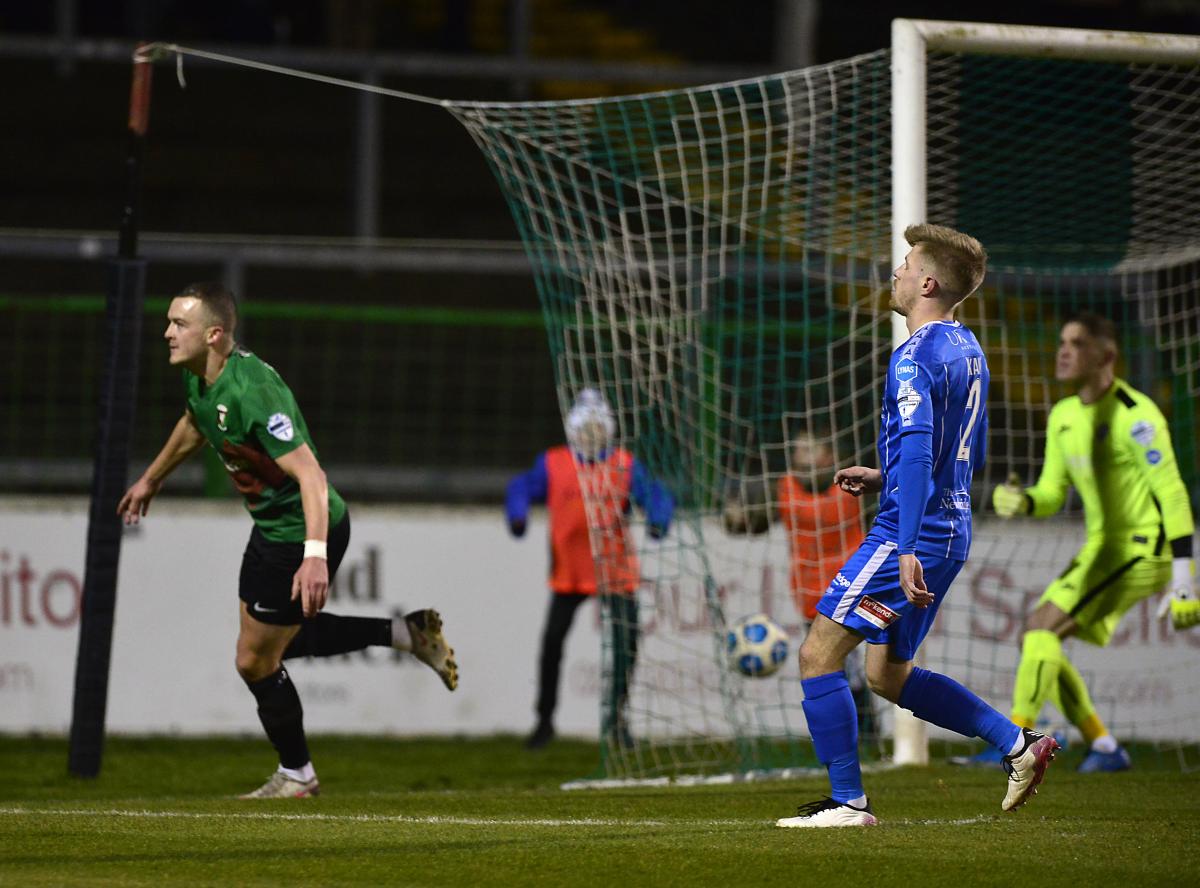 Robbie McDaid, who put in another great performance, then went close at the City End. He cut in from the right before firing a powerful shot inches wide from a narrow angle. On 13 minutes Conor McMenamin did really well to win a corner on the left. Hrvoje Plum took the set piece and his cross was flicked on by Paddy McClean. The ball broke for Conor McMenamin but his effort was deflected behind for another corner. Following a foul on Sean Murray, Hrvoje Plum had the opportunity to deliver another ball into the danger area. The ball in was initially cleared but Rhys Marshall, once again outstanding at right back, played it back into the box only for Robbie McDaid to fire over. 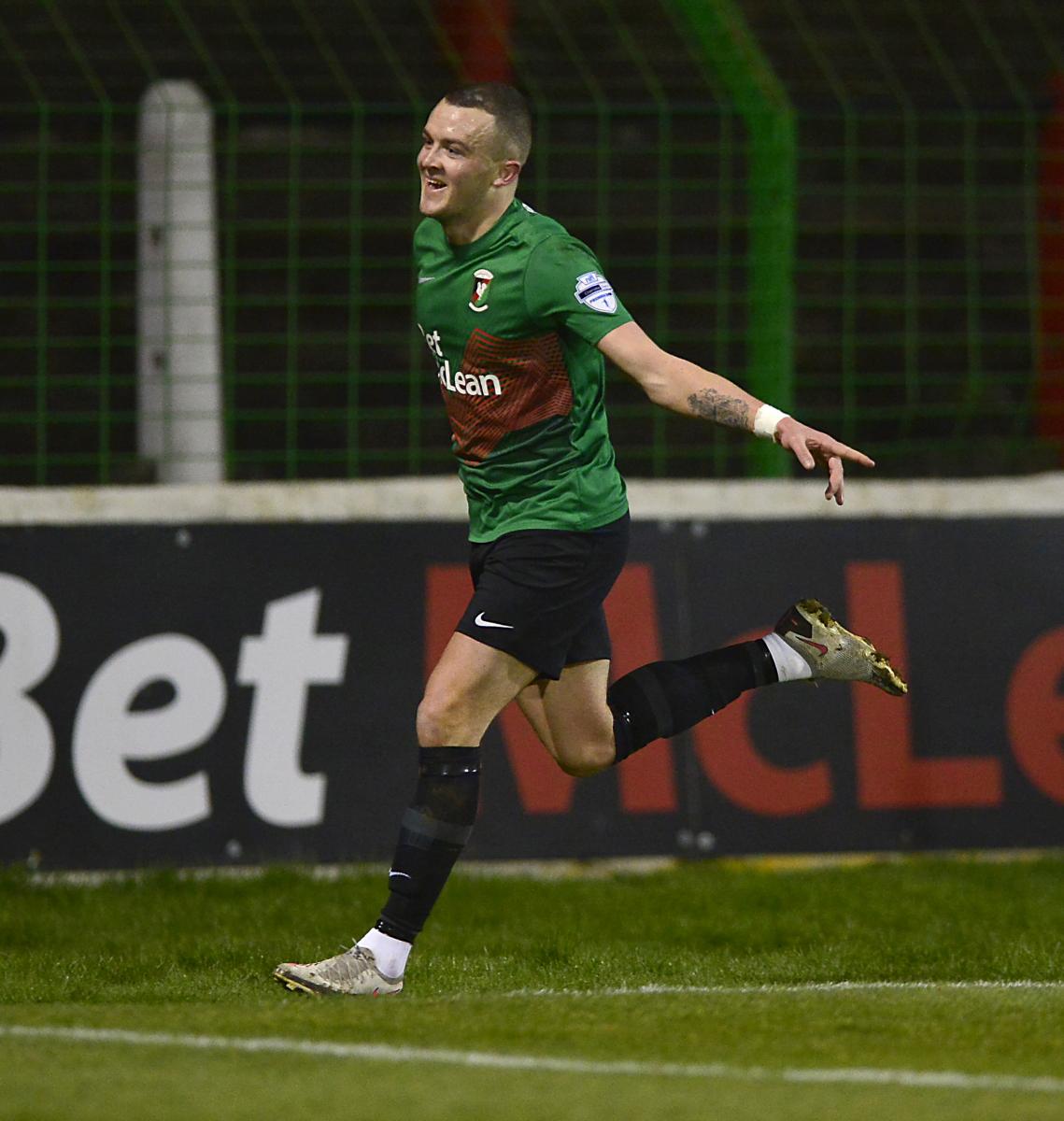 The breakthrough came just before the half hour mark. An excellent pass from Sean Murray found Robbie McDaid. The Glentoran number 11 drove towards the by-line before firing the ball across for Michael O'Connor to touch home. A well worked goal which gave the home side a deserved lead. The Glens were pretty dominant now and following a period of sustained pressure Hrvoje Plum almost made it 2-nil but his curling shot from the left corner of the 18-yard box was just wide of the far post. 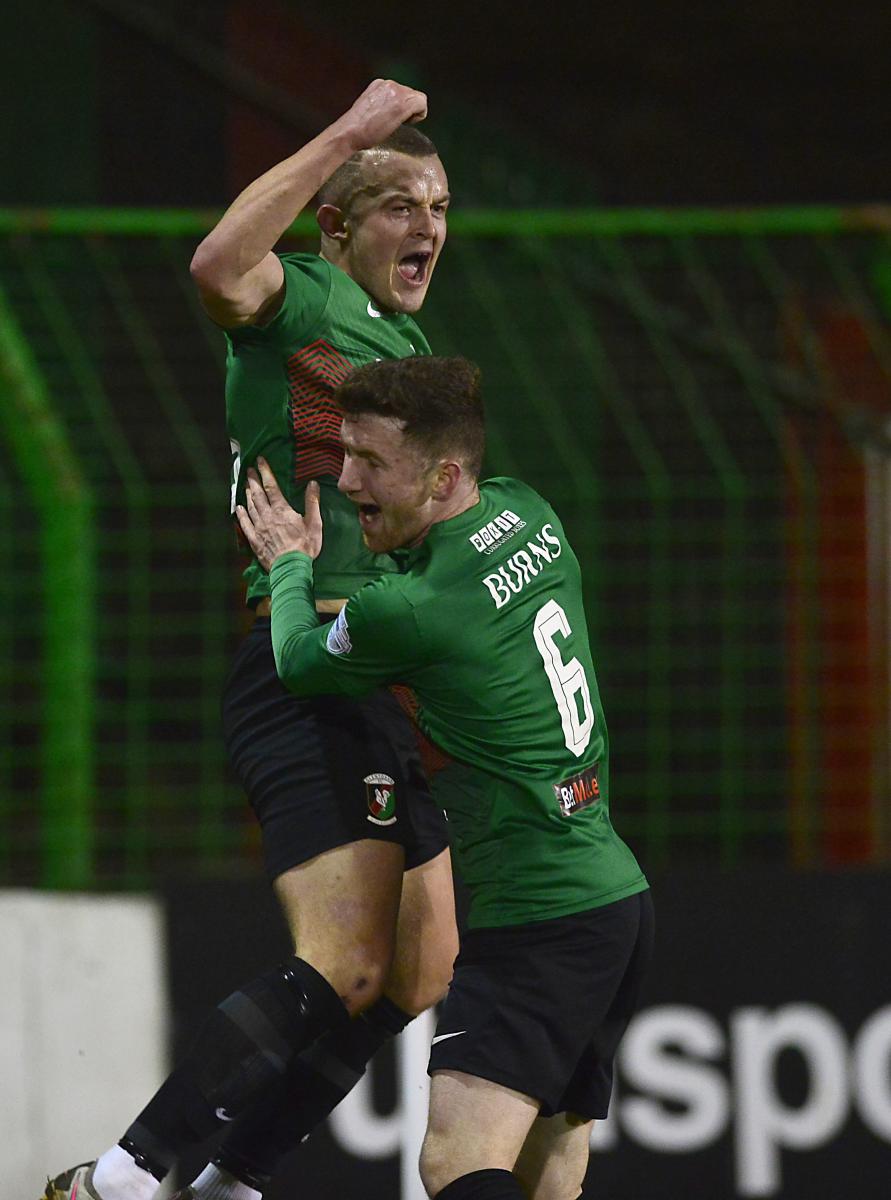 The Glens continued to look the most likely to score in the early stages of the second half. Paddy McClean once again picked out Conor McMenamin with a long ball and McMenamin forced Deane into a decent save. On 53 minutes it could, and probably should, have been 2-nil. The ball was played forward to Michael O'Connor who controlled it well. O'Connor opted to shoot though with Robbie McDaid in space and in a great position to score. O'Connor's shot was blocked though and Coleraine cleared the danger. A couple of minutes later McDaid found Sean Murray and his cross was almost turned in by Michael O'Connor but a Coleraine defender blocked the ball on the line, conceding a corner. 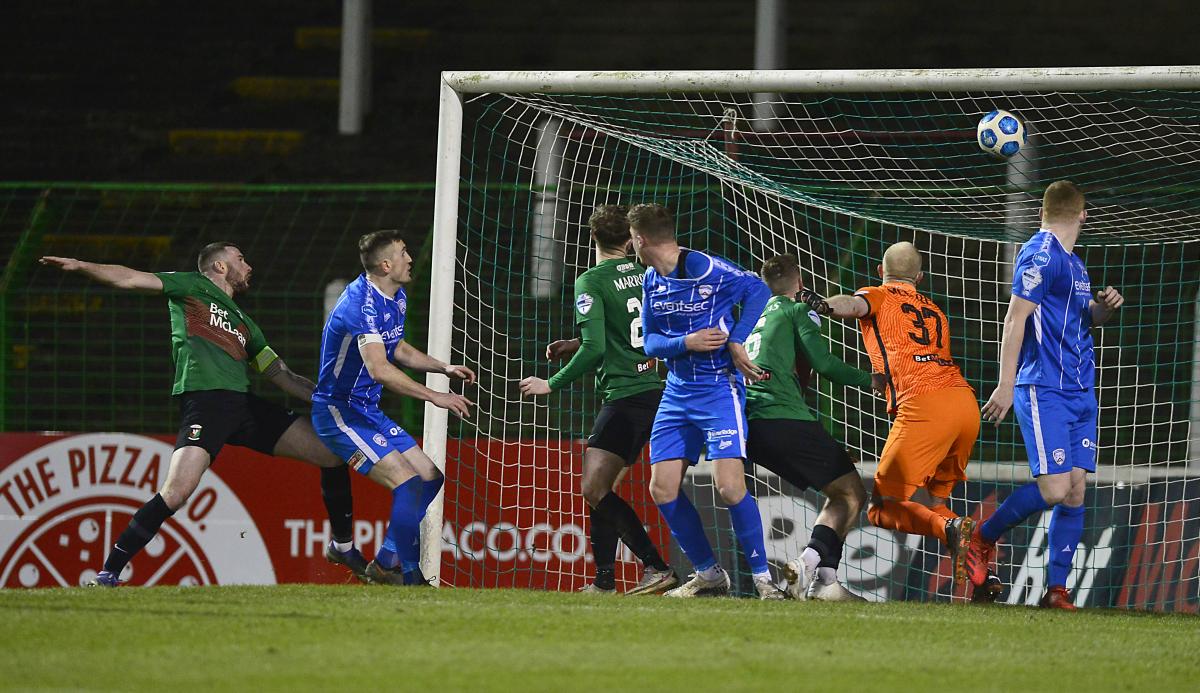 Coleraine then had a chance on the break via Josh Carson but Robbie McDaid got back to block superbly. The sublime Caolan Marron then prevented Jamie Glackin from having a scoring chance. The Coleraine players wanted a penalty but referee Andrews rightly waved away their appeals. On 72 minutes though, the Bannsiders drew level. They won a corner on the right which Conor McKendry swung into the box. Rodney Brown flicked it on and Stephen O'Donnell headed home from close range. 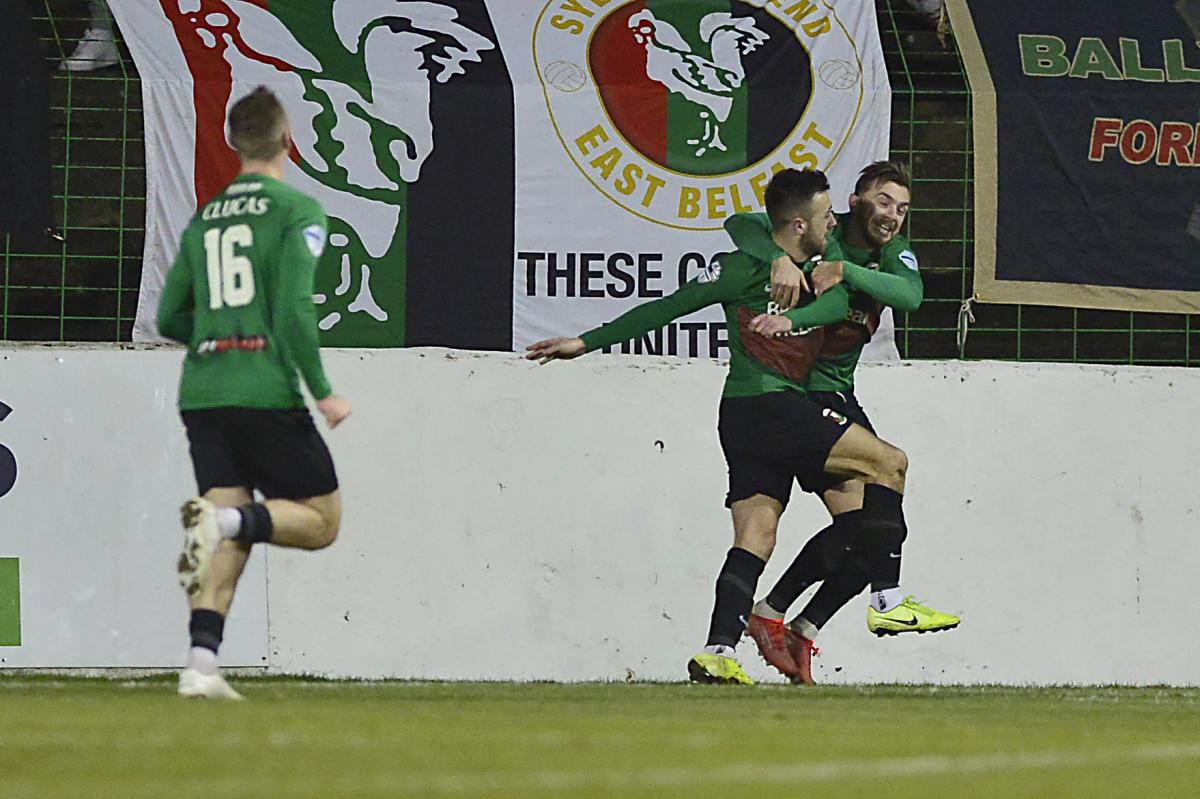 Both side went all out to win the game but neither was able to really test the goalkeepers. That was until the 90th minute. Glentoran were awarded a free kick midway into the Coleraine half, out on the left. Hrvoje Plum put a great ball into the box and Paddy McClean got on the end of it. His header deflected into the path of Conor McMenamin who gleefully turned it in from 3 yards out. Josh Carson raised an arm hpoing for an offside decision but it was actually him playing everyone on. The Glentoran crowd went beserk and the team refocussed and saw out the 2 minutes of added time to claim another massive 3 points. 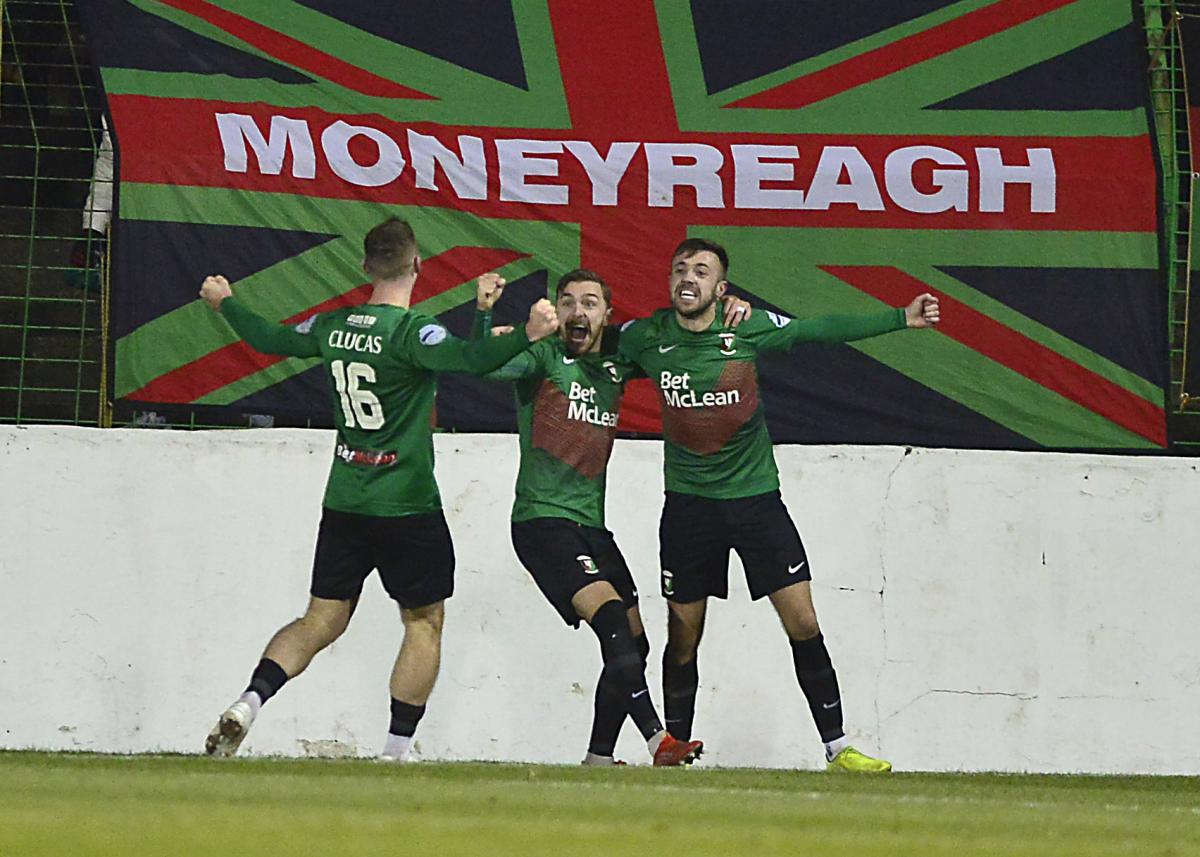 Results elsewhere saw the Glens end the night still in second spot but now only one point from the summit. Next up is another home game, Warrenpoint Town visiting the Bet McLean Oval on Saturday afternoon. 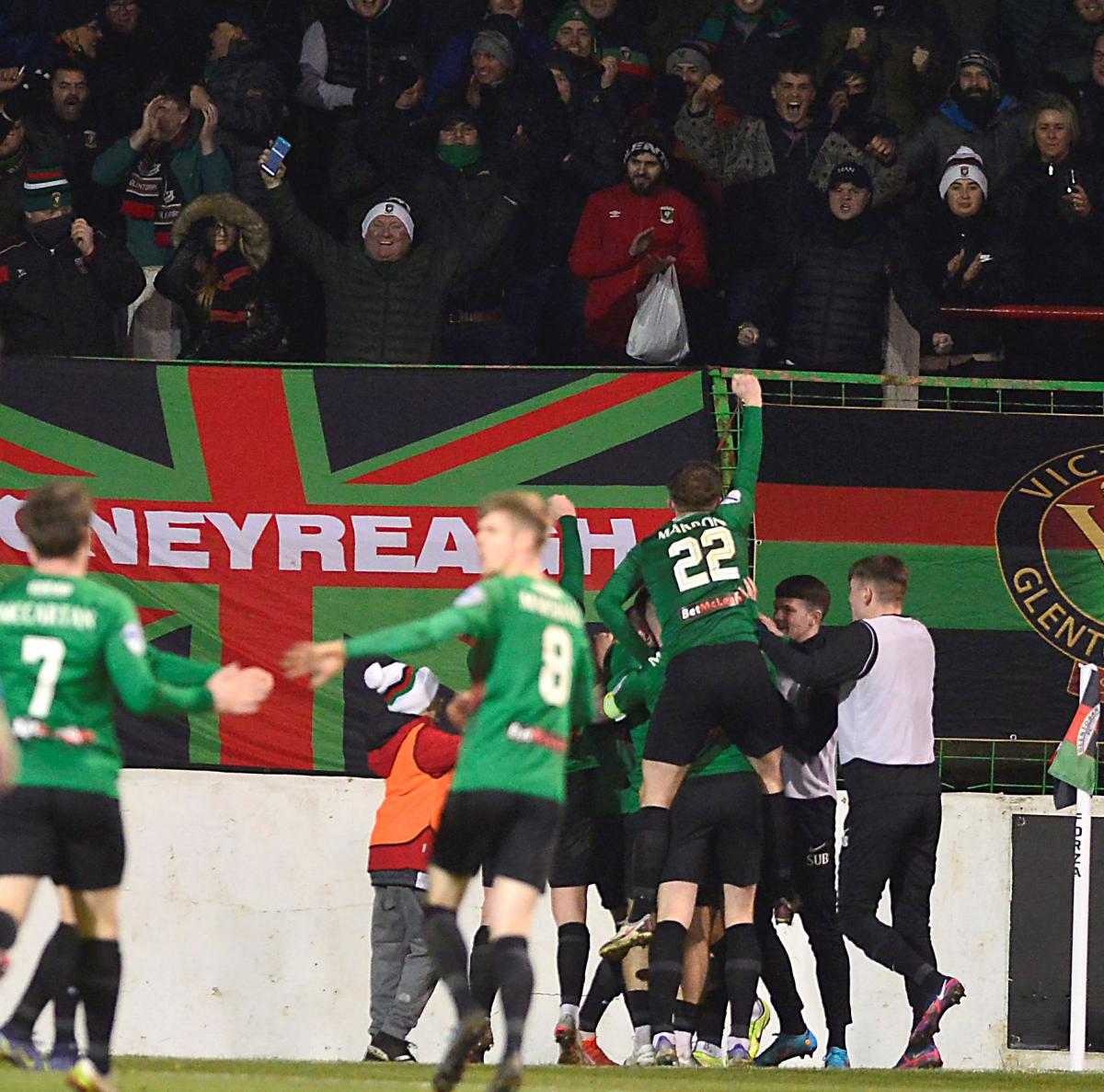 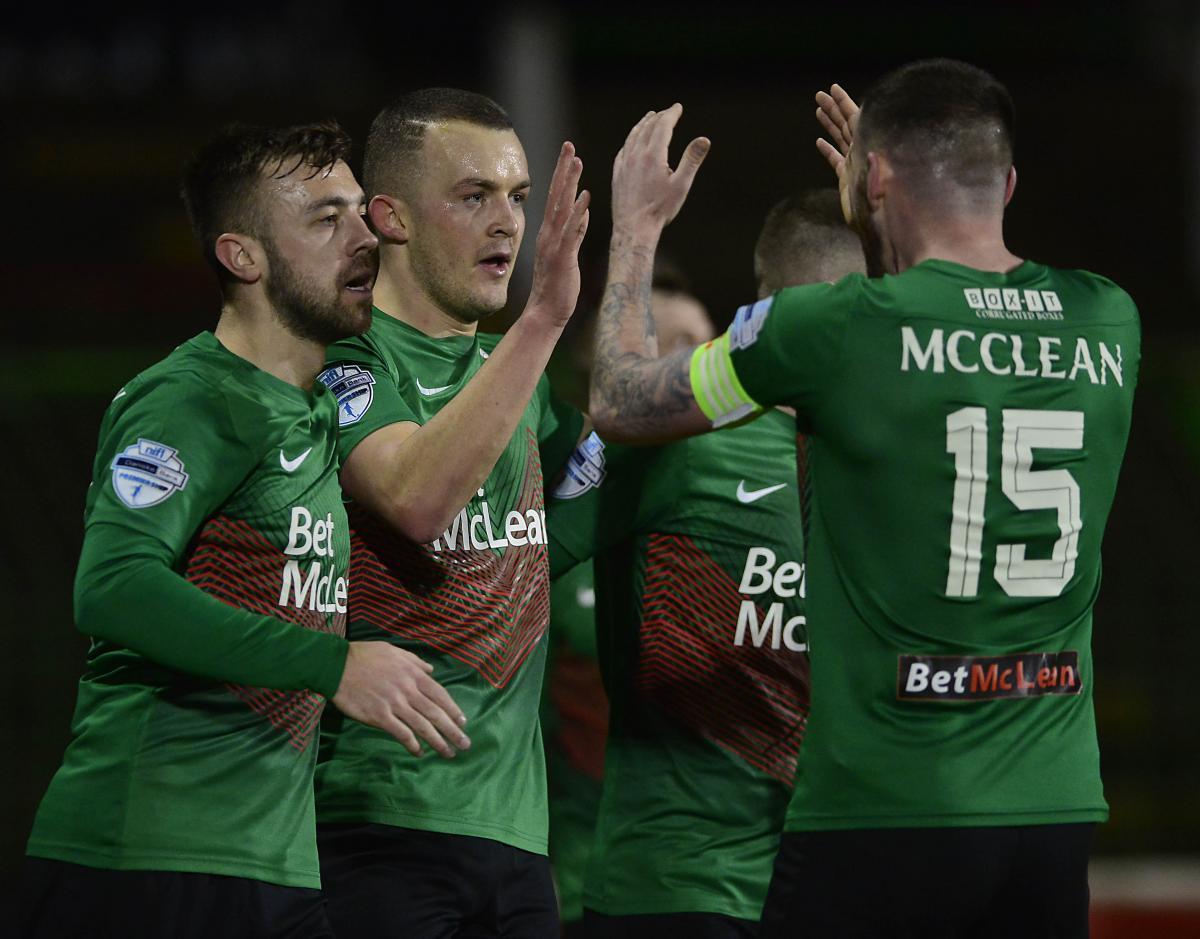 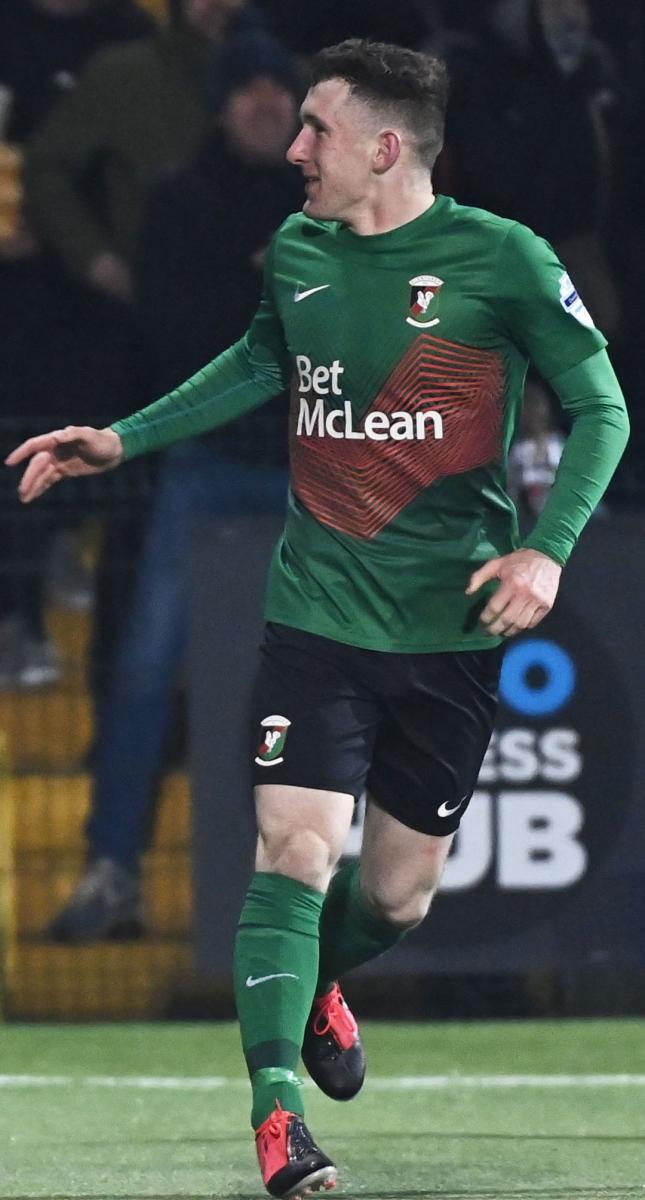