There was an air of optimism about the Oval this afternoon following valuable 3 points brought back from  Dungannon last week.

Due to injury, Nacho Novo started in place of Curtis Allen, with Tiernan McAuley starting at right back, allowing James Ferrin to drop in for Jay Magee.

In front of a respectable crowd on a mild autumn day, the Glens lined up in their now familiar format with one man playing up front.

Following an initial period of both sides testing each other out, Cliftonville were first to settle and started to look the team most likely to open the scoring.  12 minutes into the half, Elliott Morris was quick off his line to make a good save after Ferrin misjudged the ball in the box.  The Glens defence, with Ross Redman notably strong, managed to ride out a strong Cliftonville push forward particularly down the left hand side through Levi Ives and Martin Donnelly, with Elliott continuing to make several good saves and the Cliftonville forwards wayward with their accuracy.  In one incident, the City End chip van was in more danger from a Jay Donnelly shot than the Glentoran goal.  Any Glentoran attack tended to fizzle out due to the midfield support being continually pushed back by successive Cliftonville attacks. 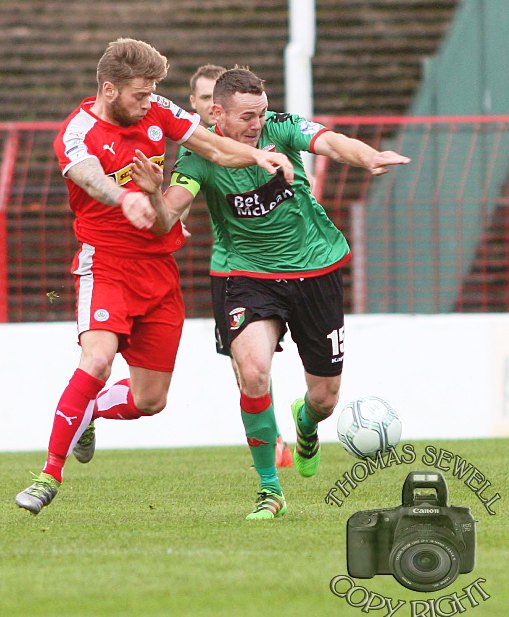 The inevitable however happened on the 41st minute, when Jude Winchester broke through the heart of the Glentoran defence before passing to the lively Jay Donnelly on the right hand side to slot the ball into the net.

Gary Haveron's half time talk must have been inspirational, with Glens starting the second half like a rejuvenated team.

Two minutes after the start of the half, a forward header by Harmon fell to Novo who turned and volleyed the ball high into the net.  A great goal to mark his first goal of the league, with not only the fans but the player delighted.  In the next 15 minutes, the Glens took the game to Cliftonville, giving them no time to dwell on the ball and forcing them into misplaced passes.  Novo continued to be inspired and demonstrated some of his undoubted football ability when he was indeed unlucky not to score another two goals.

As the half continued and Cliftonville started to edge back into the game, the manager decided it was time to make two quick succession substitutions.  Caldwell who put in a useful shift came off to be replaced by Jonathan Smith.  Then to applause for both the leaving and oncoming players, when Novo was replaced by Marcus Kane returning from injury. 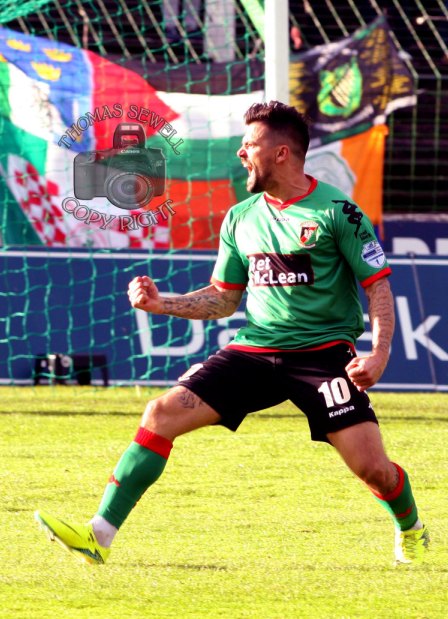 'Moko' made his presence in midfield felt right from the start with his desire to win the ball; the team had clearly missed his drive and domination.  The substitutions had their effect and the Glens started to reinstate their dominance and desire to go for the win.  Lavery and Smith continued to link up well and showed signs of what could be a good partnership.   All the hard work was finally rewarded 6 minutes from the end, when Jonny Addis sent a fantastic cross in for Stevie Gordon who was on hand at the far post to head the ball home.  The home support were delirious in their celebrations and started to pray for the final whistle.  However in reality, the sting had been taken out of Cliftonville who managed to pick up two yellow cards in this period purely born out of frustration. 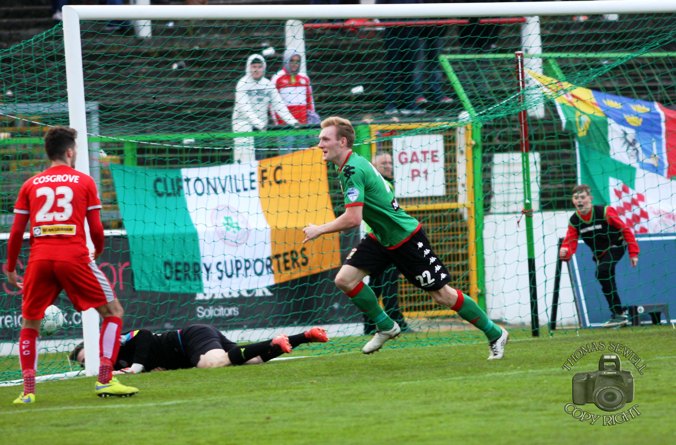 A very well earned 3 points, two back to back wins and the first league win at the Oval since the opening home game of the season back at the start of August.  A month ago we could have only dreamt about that, but confidence appears to be returning and long may it continue.

Subs: Smith for Caldwell and Kane for Novo

Next up for Glentoran is a home game in the Co Antrim Shield against Crusaders. The game will be played at the Oval on Tuesday evening, kick-off 7:45pm. 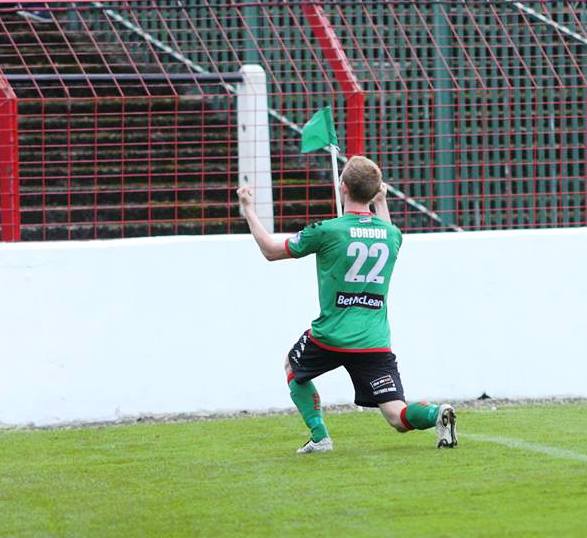