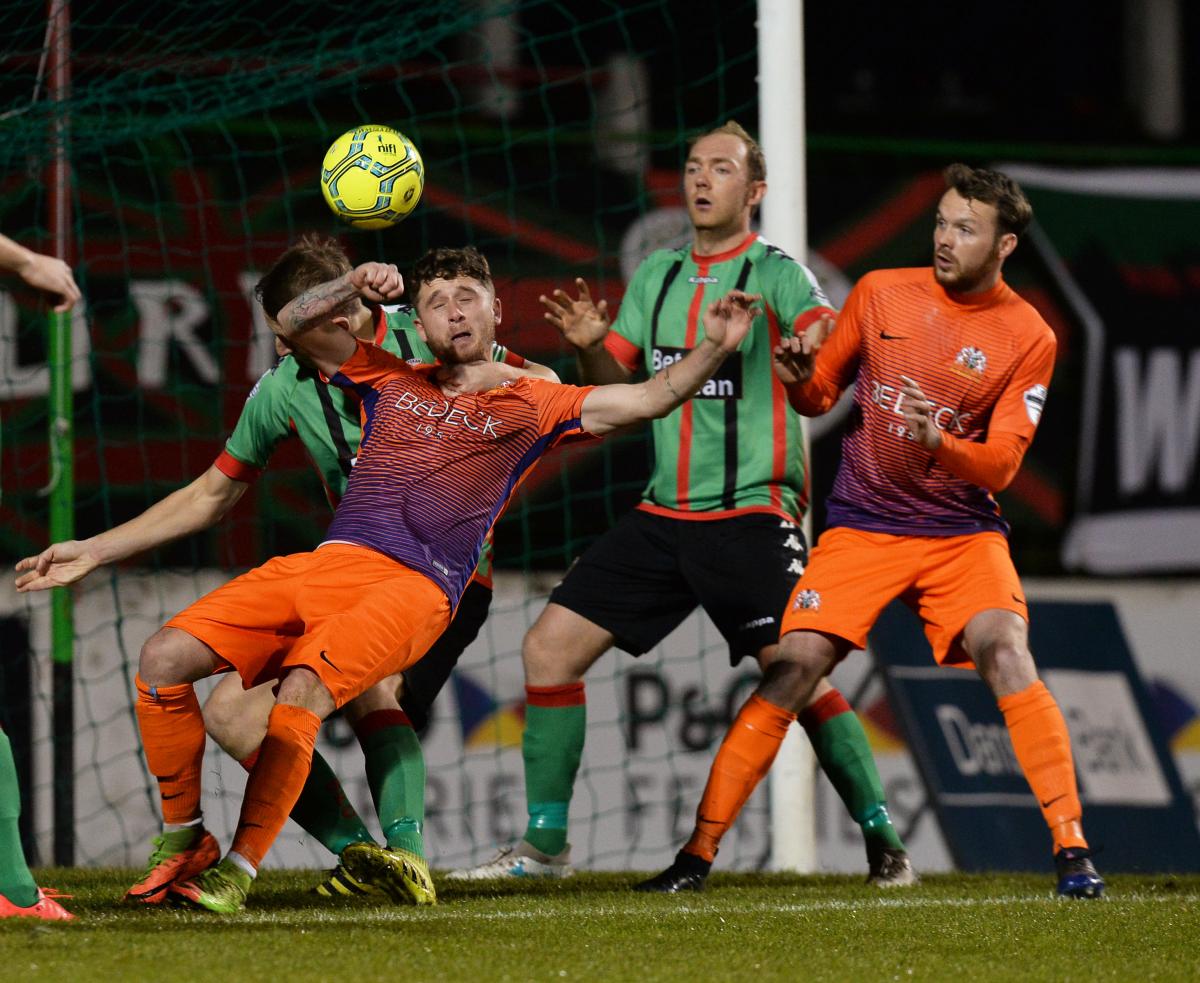 Glentoran slipped to a frustrating 3-1 defeat at home to Glenavon on Tuesday at The Oval. The relatively entertaining game was full of chances at either end with the Lurgan Blues taking theirs and thus taking the three points. 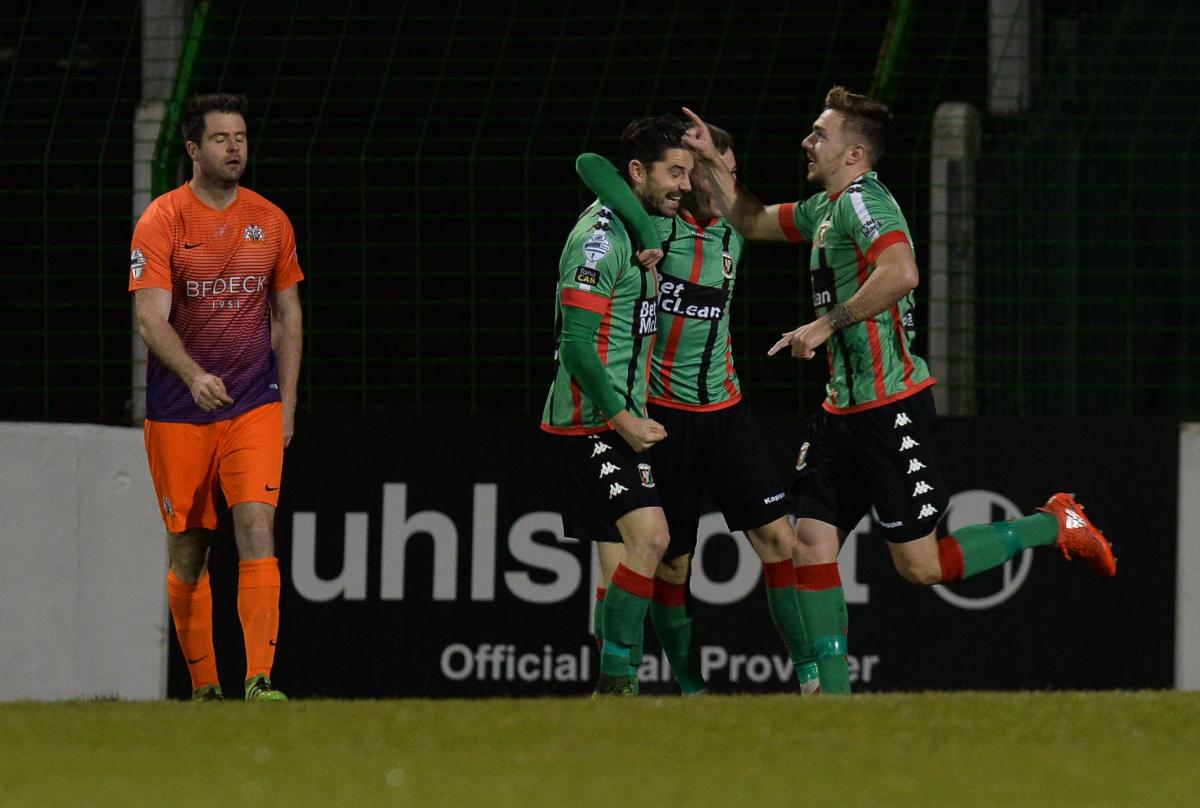 The game started at quite a pace with both teams showing early attacking intent. Mark Griffin thought he had scored early on for Glenavon but it was quickly ruled out by referee Andrew Davey for a handball. Within in a minute the ball was in the net at the other end, Curtis Allen was set free at the second attempt and his good cross from the left wing was beautifully diverted into the far corner by Robbie McDaid, a deft touch from the striker who had netted a brace when the two teams met earlier in the season. Unfortunately for Glentoran, the lead would last less than 60 seconds. Bobby Burns crossed from deep finding Griffin who had nipped in front of Redman, he headed square for Andy Mitchell to easily head into the net from four yards. Two goals in a breathless opening seven minutes. 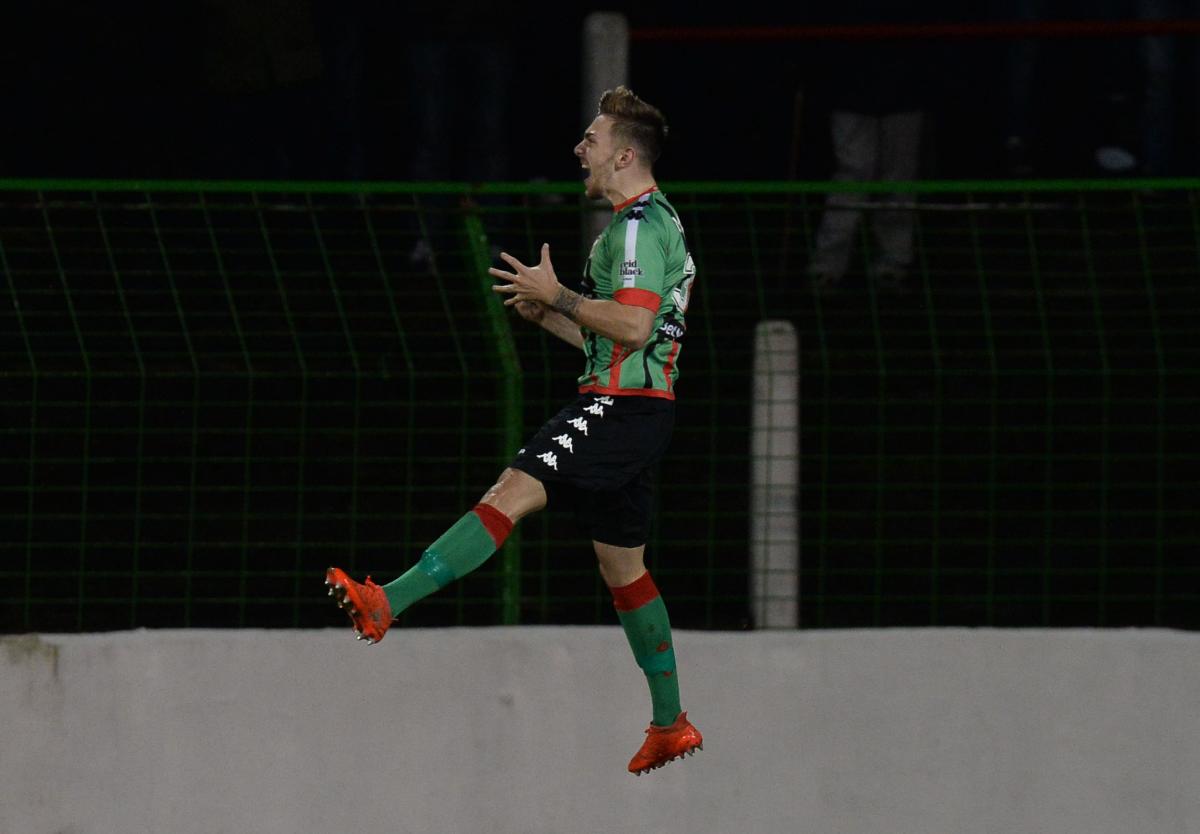 Glenavon gained confidence from their immediate leveller and went close shortly after through Josh Daniels but the young winger was denied by a smart low save from Elliot Morris. Dan Kelly then did well to block a drive from Andy Mitchell but the intervention came at a cost as the big defender seemed to pick up a knock in doing so and would ultimately need replaced shortly after the break, never shaking it off. Former international Sammy Clingan was next to go close when he unleashed a rasping 30 yard drive but Morris was equal to it. As the half proceeded however Glentoran grew into it and probably should have taken the lead after half an hour, Curtis Allen left Andrew Doyle floundering on the halfway line and ran through into the penalty area but failed to catch his shot properly and didn’t really trouble Tuffey in the visitors’ goal. The home side then forced a couple of corners but failed to register a proper attempt despite some confusion in the Glenavon defence. At the other end Ross Redman intervened to deny Rhys Marshall when a long Andy Hall free kick landed dangerously in the Glentoran penalty area, the full back did well not to find his own net in clearing the danger. Just before half time it looked like McDaid was in behind the Glenavon defence but a superb last ditch challenge from Marshall prevented the shot. This was the final action of an even first half. 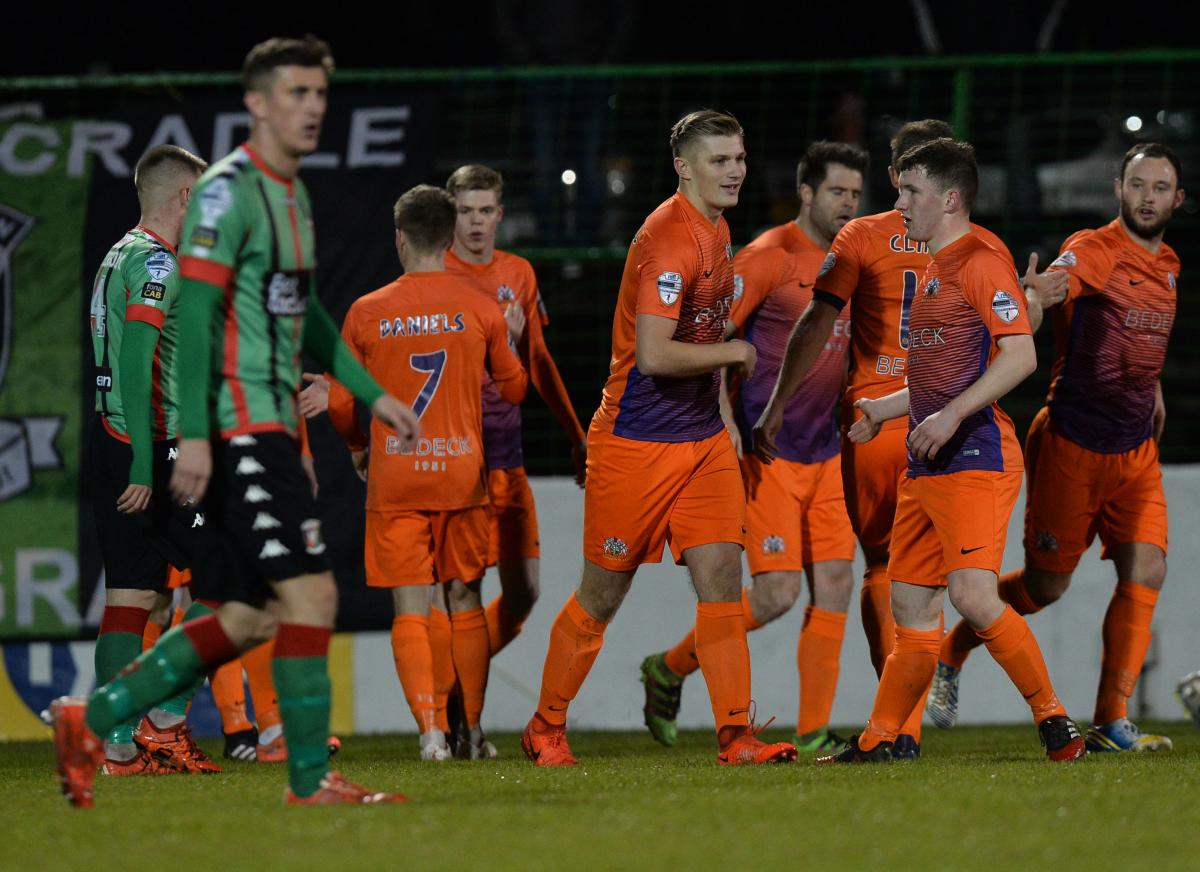 Glentoran seemed to come out for the second half with renewed drive. Within three minutes Tiarnan McNicholl raced by Bobby Burns and delivered an excellent ball for Curtis Allen, Allen ghosted across the defence and flicked a header towards goal only to see Tuffey dive and palm the ball away. Moments later McNicholl repeated the move but this time the ball didn’t quite fall for Allen. McDaid was next to threaten as the visitors looked vulnerable, he robbed Doyle and raced in on goal only to be caught and tackled by Simon Kelly as he entered the penalty area. Twenty minutes after the break, the home side continued their pressure with a run of corners, firstly Ferrin had a header tipped over, Addis a header deflected wide and then the same player failed to hit the target with an audacious flicked volley. Two minutes after those corners Allen was through again, once more beating Doyle but again Kelly scrambled back and denied Glentoran, taking the sting out of Allen’s shot. 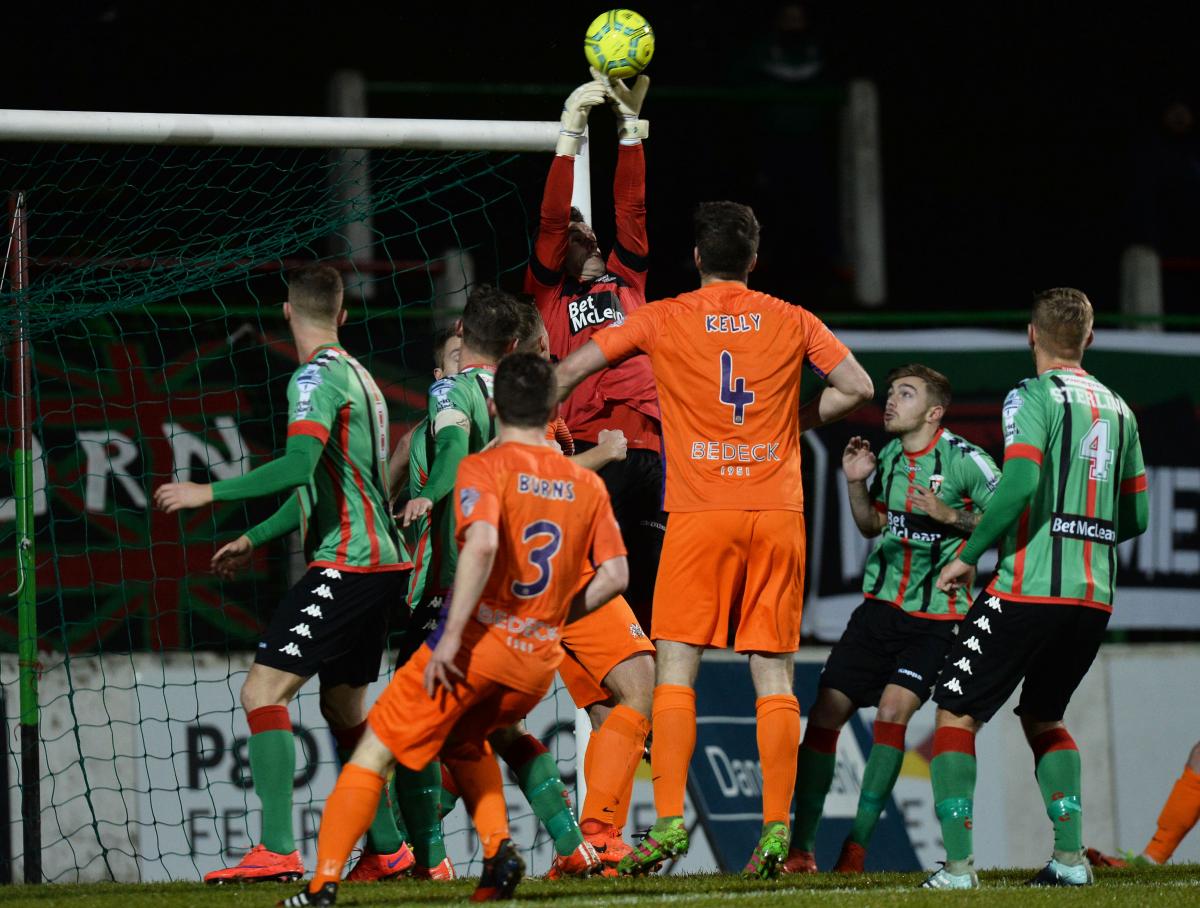 Ultimately Glentoran would pay for missing their chances. As the game entered the closing 25 minutes the visitors began to dominate without creating much in the final third. With a quarter of an hour to play the Lurgan men found a way through. Tre Sterling committed a needless foul on the edge of the area, tripping Sykes in the corner of the box and from the penalty spot Sammy Clingan sent Morris the wrong way to give the visitors the lead. Shortly afterwards a bizarre series of events saw Jonny Addis turn to play the ball back to Morris but pass the ball beyond the advancing keeper as Morris seemed to struggle for footing. Thankfully, as the ball rolled into the empty net, Mr Davey spared their blushes, as he blew for a free kick, given for an incident moments before where
Mitchell had pushed James Ferrin. Unfortunately this was a temporary escape for Glentoran as five minutes from time Glenavon were awarded a second penalty. A header from Simon Kelly struck the raised hand of Ross Redman and Clingan again dispatched the resulting spot kick, this time in the other corner. 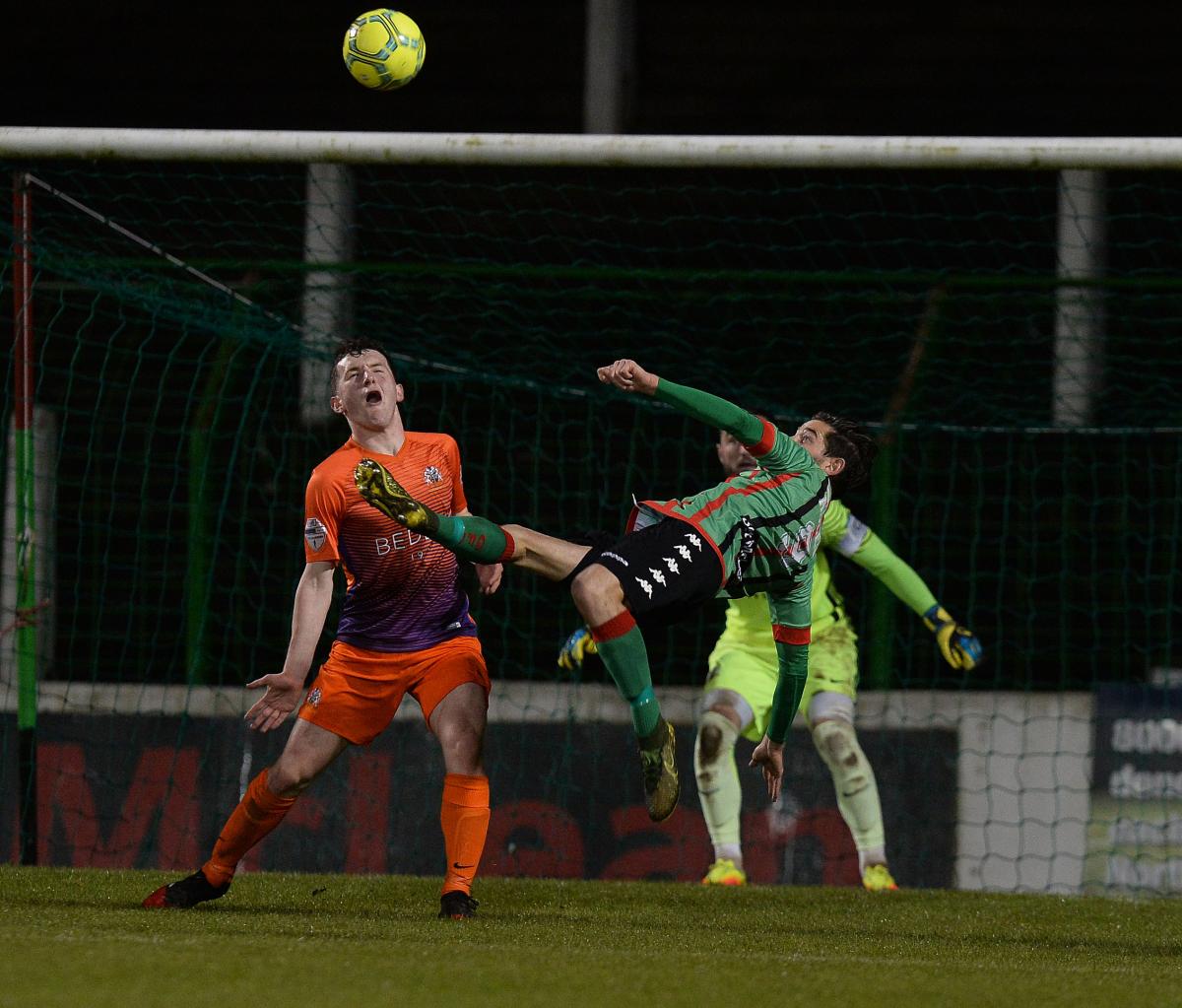 A frustrating night for Glentoran, a tale of missed chances and opportunities for which they were ultimately made to pay. We move on to Warrenpoint Town on Saturday, with three points at Milltown looking vital to get back on track. 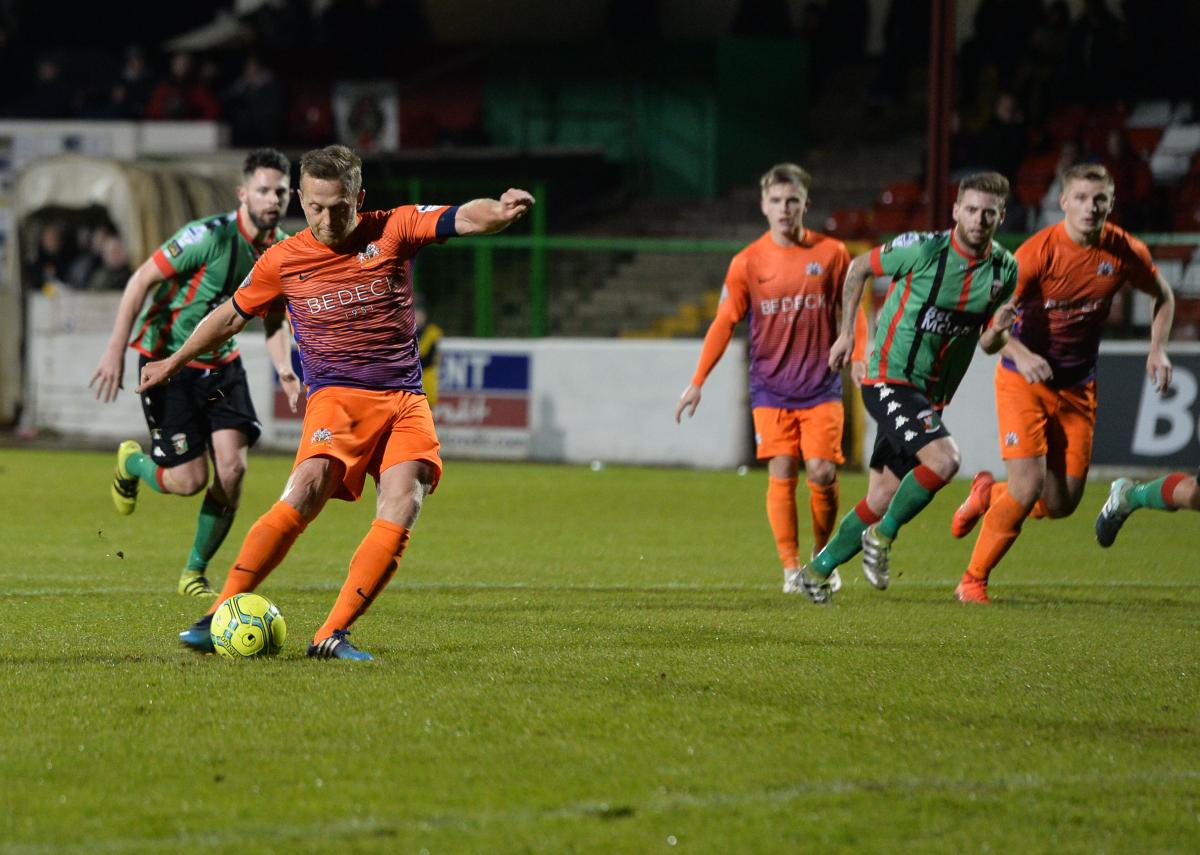