Gary Haveron made two changes to last weekend's starting line up with Jay Magee replacing the suspended Calum Birney and Ross Redman coming in for the injured Marcus Kane. 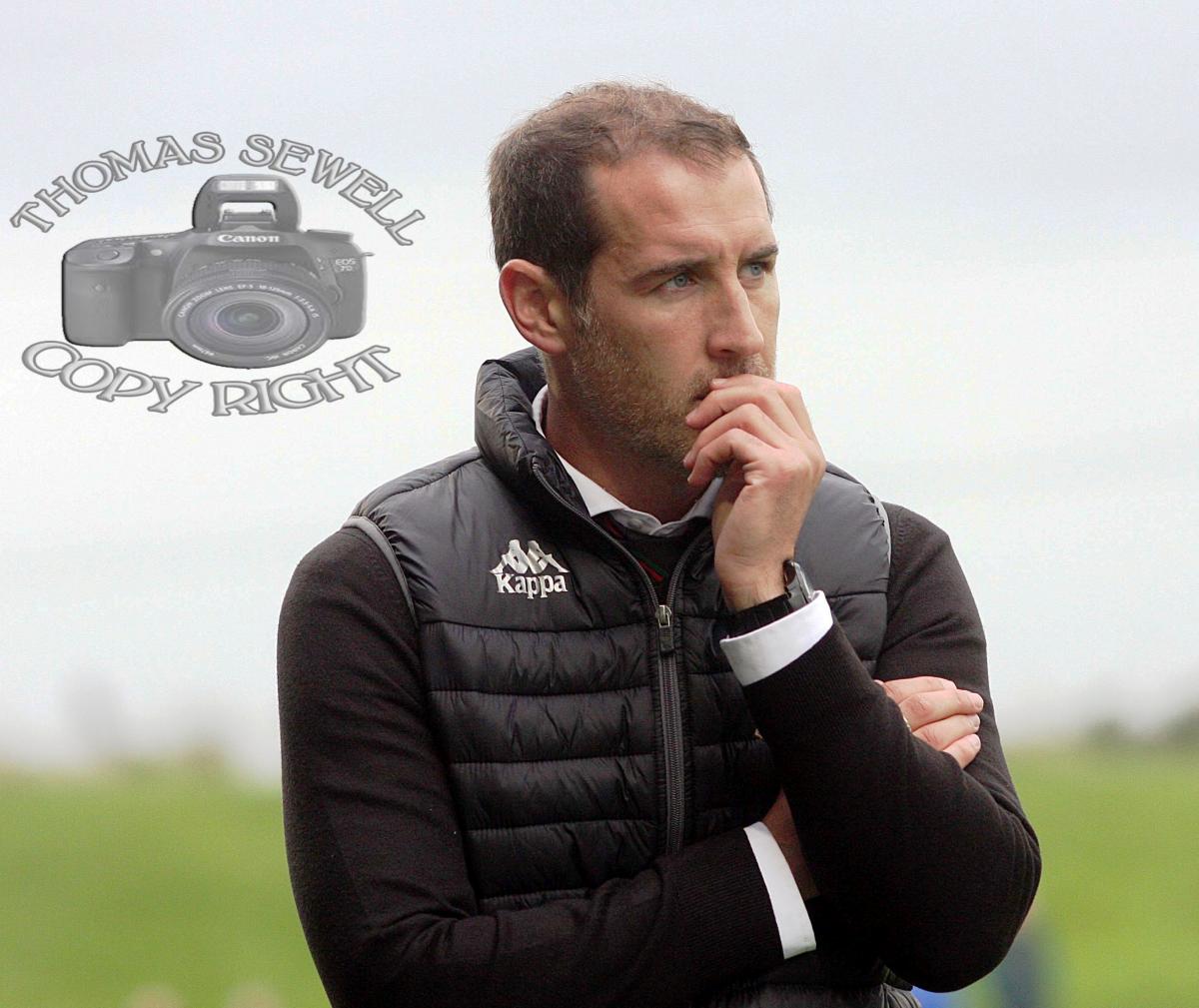 Glentoran's first opportunity of the game came with just two minutes on the clock. Aaron Harmon robbed David Elliott in midfield and drove forward before shooting from the edge of the penalty area. His shot lacked venom though and James McGrath made a comfortable save. McGrath picked up a yellow card on 18 minutes with the assistant referee having adjudged that he handled the ball outside his area. Curtis Allen took the resulting free kick from near the right corner of the 18-yard box. His well struck effort was on target but McGrath fisted it away. Just before the midway point of the first half Liam McMenamin clipped a ball into the Glentoran area. Johnny Lafferty met it on the volley and was unlucky to see his sweetly struck effort come back off the post. Lafferty had another couple of chances but a block by Harmon denied the first and the second flew over the crossbar.

At the other end Curtis Allen had two efforts. Cutting in from the right, Allen shot from the corner of the box but his shot failed to hit the target. Minutes later Steven Gordon chested the ball into Allen's path but again the Mallards' goalkeeper wasn't tested. Ten minutes from the interval Shane McGinty raced clear. Elliott Morris raced from his goal but McGinty skipped past him and got to the bye-line. Unfortunately for the visitors, McGinty took too long to find a team mate and the Glentoran defence cleared the danger. On 41 minutes Ballinamallard United went in front. Eric Foley slipped in midfield and the ball was played forward to Adam Lecky. Jonny Addis came across but failed to make the tackle and Lecky strode forward into the box and fired past Morris.

Early in the second half a well worked move down the left involving Addis, Chris Lavery and Ross Redman resulted in Redman firing a dangerous cross into the area. James Ferrin met it but his effort was straight at McGrath. Adam Lecky then had two opportunities within a minute to double the visitors' advantage. Firstly the big target man got on the end of a free kick but couldn't direct his header on target. Then another poor pass out of defence presented the Mallards with the ball. It was played to Lecky who eased past a rather static Jay Magee but with the goal at his mercy, Lecky blazed his shot over the bar.

On 51 minutes the Glens really should have levelled. Ross Redman did well on the left and put over a great cross. Steven Gordon met it in the six-yard box but headed inches wide; he really should have scored! Five minutes later though, the equaliser came. Glentoran won a free kick and when the ball was played into the area, Ferrin played it to Curtis Allen. The Glentoran number 9 laid the ball into the path of Ciaran Caldwell who drilled it low into the bottom corner. More sloppy play from the Glens almost allowed Ballinamallard Utd to regain the lead three minutes later but James McKenna scooped his shot over the top. On 65 minutes Haveron replaced Gordon, who had put in a great shift, with Jonathan Smith. Twenty minutes from time Chris Lavery latched on to a ball from Caldwell and stormed into the area. He rounded the keeper and although forced wide, managed to get a shot on target. Unfortunately for the home side a defender was on hand to clear off the line. Lavery had another shot which went just wide before Adam Lecky almost sliced the ball into his own net following a Foley free kick.

Ballinamallard Utd went close in the latter stages of the game with firstly James McKenna wasting a glorious chance and then Lafferty bringing a smart save out of Elliott Morris. In the final minute Jonathan Smith made space on the corner of the area. His low drive seemed to be heading goalwards until a slight deflection off a defender took it inches past the far post. In added time, following a great run by Lavery, Smith broke into the area and side stepped the defender but Allen got in his way and the chance was lost. The final action of the game saw Chris Lavery get on the end of a corner from Smith but his header went straight at the Mallards' keeper.