A Ciaran Caldwell goal gave Glentoran an opening day victory at the Oval this afternoon as the 2016-17 Danske Bank Premiership season got underway. 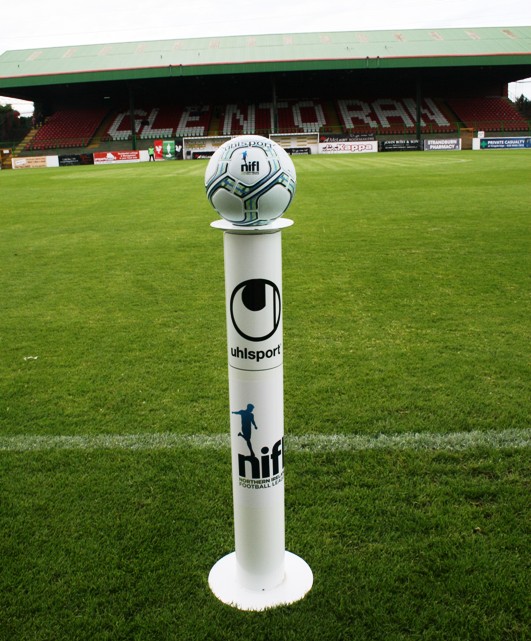 Manager, Alan Kernaghan named a strong starting line up with Elliott Morris making his 615th appearance in goals and Calum Birney, Jonny Addis and Marcus Kane as a back three. The 5 man midfield consisted of Aaron Smyth, Ciaran Caldwell, Eric Foley, Aaron Harmon and Ross Redman, whilst the two forward positions were taken by Jonny Smith and Stephen O'Flynn. Five players were making their competitive debuts for the club.

The Glens started brightly and with just 2 minutes played Ciaran Caldwell was fouled close to the penalty area. Eric Foley took the free kick but his 25 yard effort hit the side netting. The Swifts responded and on 10 minutes Ryan Harpur went for goal but his tame effort didn't trouble Morris. Jonathan Smith shot over on 19 minutes and then had a half chance from the edge of the area but Andy Coleman in the Dungannon goal saved easily. Eric Foley went close before an excellent move down the left involving Ross Redman, Aaron Harmon and Jonny Smith ended with Harmon blazing a shot high and wide of the target.

On the half hour mark Ross Redman, who had an excellent debut, sent in a wicked cross from the left but it eluded the Glentoran front line. Next up it was a cross from Aaron Smyth on the other flank. It was met by Jonny Smith but his header lacked power and the keeper gathered it easily. 5 minutes from the interval Calum Birney, who had picked up a yellow card moments earlier for what looked like a superb tackle, got on the end of a Smith corner but couldn't direct his header on target. 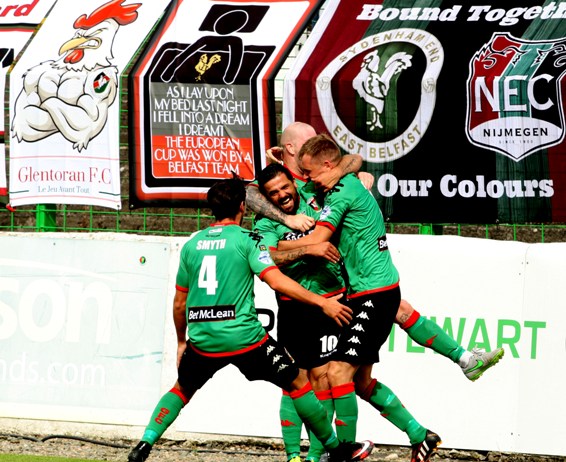 It was more of the same in the second period with Glentoran dominating possession and Dungannon Swifts sitting back. Smyth and Smith again linked up but the young striker's shot was blocked. On 49 minutes another good move down the left saw Ciaran Caldwell cross for Smith to slot home but Caldwell was ruled offside.

On 66 minutes Nacho Novo came off the bench to replace Jonathan Smith. 2 minutes later Novo's corner to the near post caused problems and the Swifts' defence were glad to concede another corner. The breakthrough that Glentoran's play deserved finally came on 73 minutes. Eric Foley played an excellent ball into the danger area and Stephen O'Flynn knocked the ball down for Ciaran Caldwell to smash it into the roof of the net. 6 minutes later Redman got away down the left and his cross found foley who fed O'Flynn but Coleman cleared the danger.

As the clock ticked down Dungannon Swifts finally went on the offensive. 8 minutes from time Jarlath O'Rourke played a dangerous ball into the Glentoran goalmouth but Aaron Harmon was on hand to clear. On 89 minutes we got a glimpse of Nacho Novo's class when he got the ball near the corner flag and tortured the defender with a superb turn before clipping the ball just past the far post. In the first of the three added minutes a long clearance from Morris set Novo clear but his shot flew wide of the target. 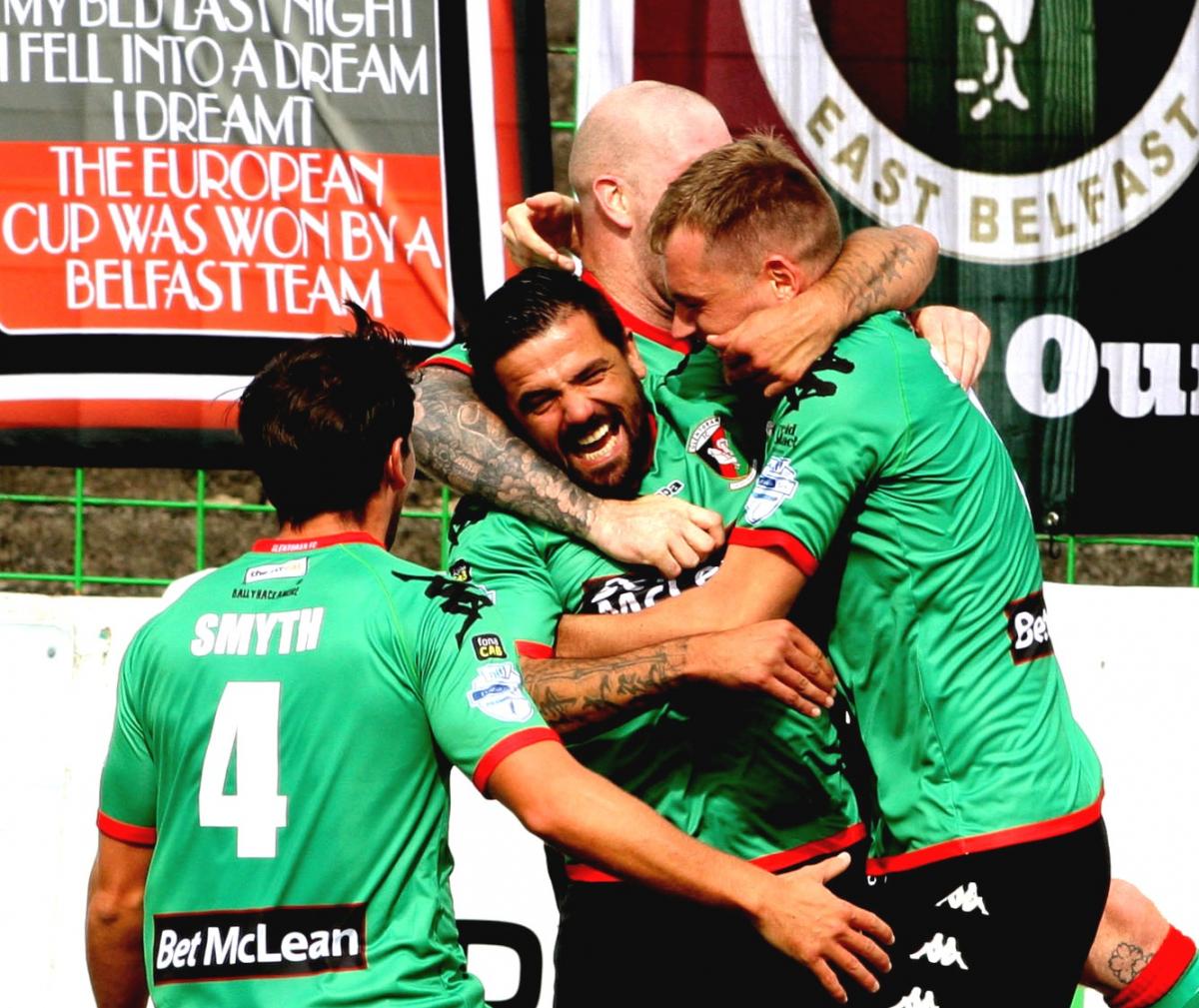