Returning manager, Ronnie McFall made a number of changes to the starting XI with Steven Gordon getting his first home start of the season in midfield, replacing the suspended Marcus Kane. James Knowles was alongside him with Dylan Davidson and John McGuigan occupying the wide midfield positions. Allen and McDaid were up front with a back four of Kerr, Birney, Garrett and Redman. 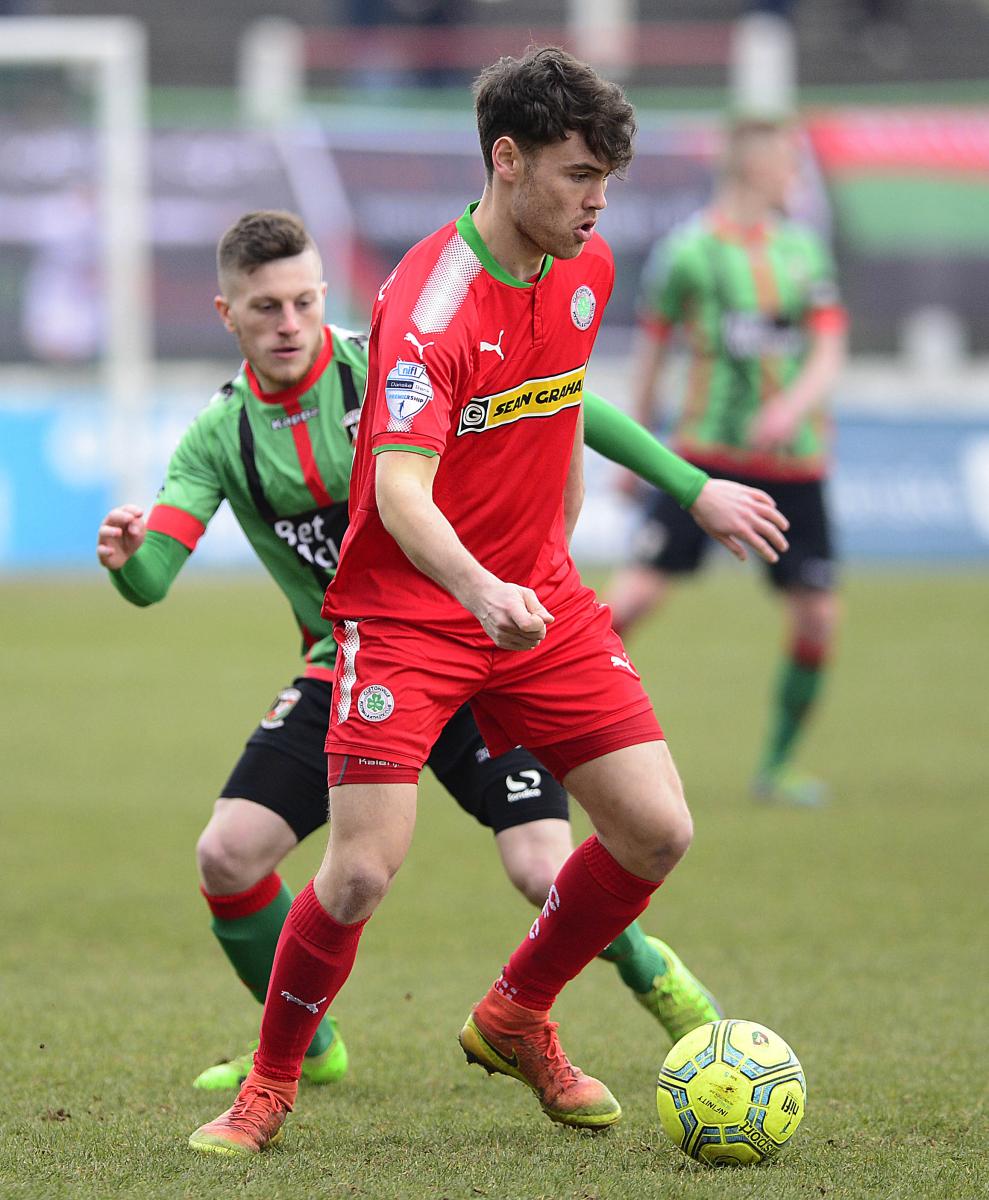 Cliftonville almost went in front in the opening exchanges. A ball was played in from the left into the Glentoran penalty area and broke to striker Rory Donnelly. He tried to clip the ball in but it came back off the post and was cleared to safety. Almost immediately the Glens broke down field, Curtis Allen just failing to get on the end of a long ball from Morris. On 10 minutes the Glens had a great opportunity to take the lead. Robbie McDaid found Steven Gordon who played in Curtis Allen and as the Glens number 9 went past Brian Neeson, the Reds keeper brought him down. Penalty! Allen too the spot kick himself but his low shot to the bottom right hand corner of the net, was turned around the post by Neeson. 2 minutes later the Glens had another chance; John McGuigan's corner being met by Stevie Gordon but his header was straight at the keeper. 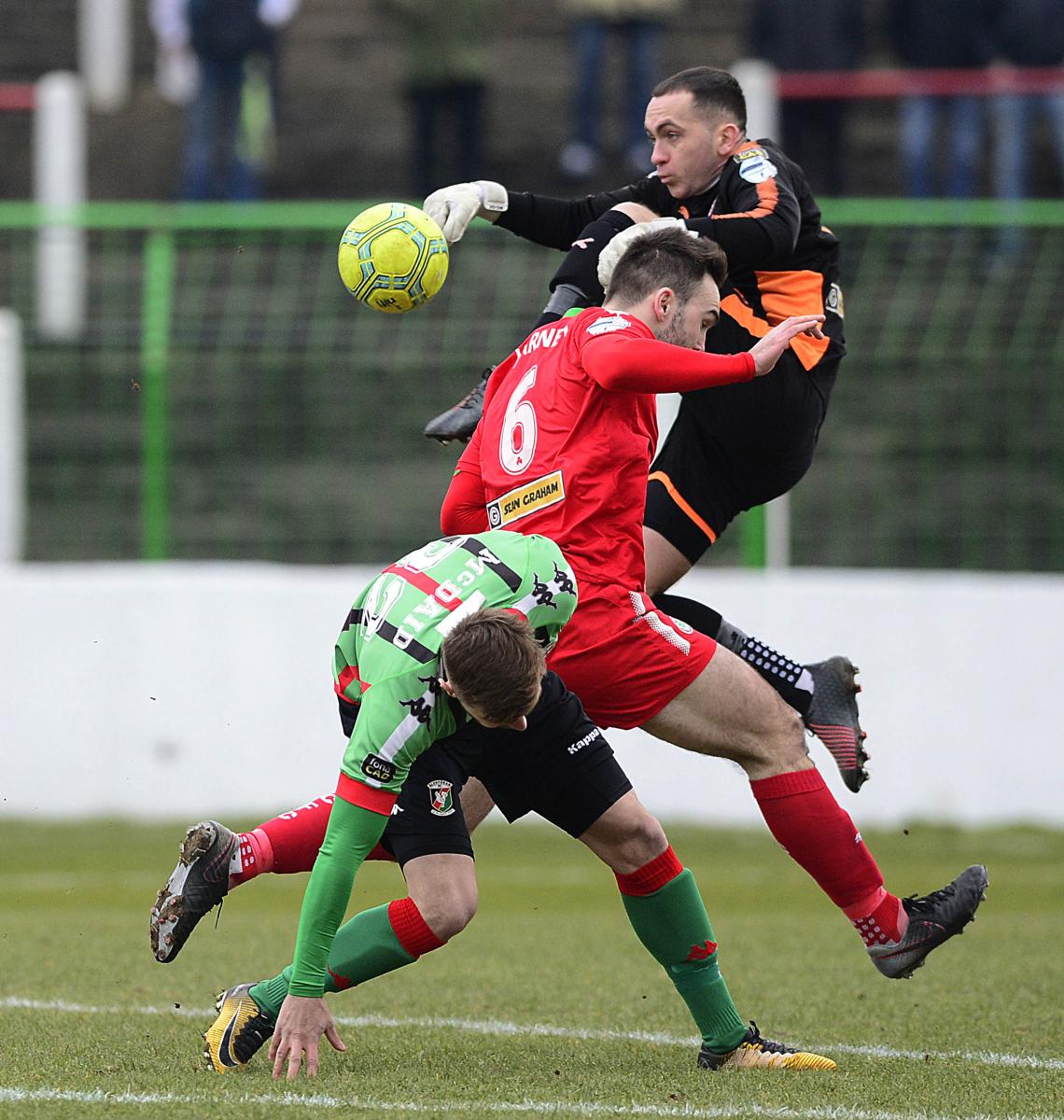 Cliftonville claimed a penalty on 18 minutes when Rory Donnelly went down in the area as he tried to go past Calum Birney. Referee Tim Marshall though waved away yht appeals. We then had a spell of play when both side put together some decent passing moves but on each occasion the play broke down in the final third. Just before the half hour mark the Glens should have gone ahead. Curtis Allen, John McGuigan and Ross Redman all combined on the left side with Allen eventually giving McGuigan the chance to cross to the back post. His ball in picked out Curtis Allen but he fired over from 8 yards out with the goal at his mercy. At the other end Willie Garrett did well to block a goal bound effort from Chris Curran whilst Ruairi Harkin's 25-yard free kick went well over the top. 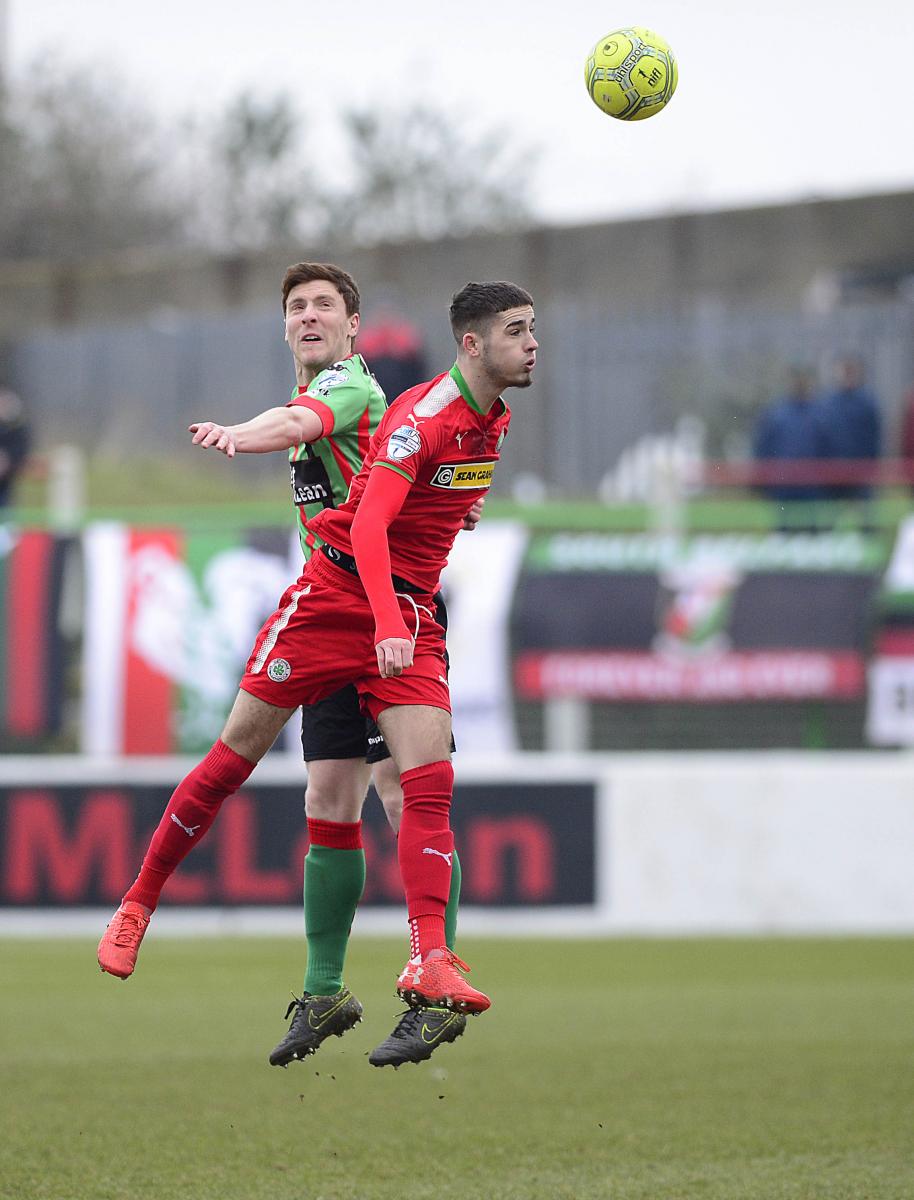 Glentoran had another penalty shout on 37 minutes, Allen seemingly felled by Garry Breen in the area but as with the earlier Cliftonville claim, referee Marshall was unmoved. Just before the break James Knowles stayed down after a strong challenge in the middle of the park. Unfortunately an injury to his knee meant he was unable to continue and Kym Nelson replaced him in midfield. (Speaking after the game Knowles was hopeful that he will recover for next Saturday's Tennents Irish Cup tie). There was one final chance in first half stoppage time but Redman's free kick was headed wide. Halftime: Glentoran 0-0 Cliftonville. 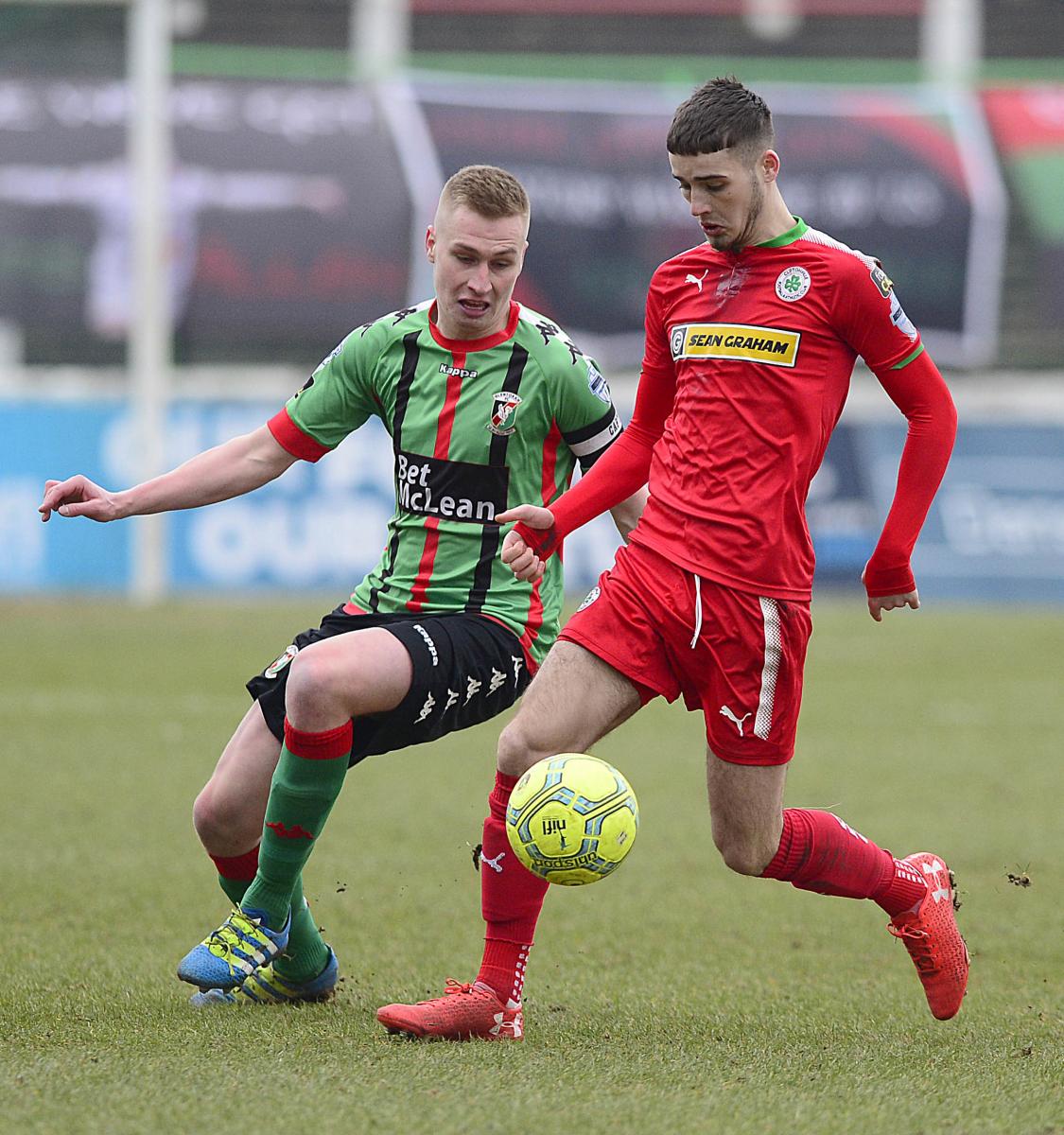 The Reds were the brighter team at the start of the second half and on 48 minutes Ruairi Harkin's 25-yard effort flew wide. Rory Donnelly then was well off target with a long range effort before Garry Breen got on the end of a free kick and was unlucky to see his header go just past the far post. On 55 minutes substitute Stephen Garrett put a great ball into the Glentoran 6-yard box. Jay Donnelly met it but his first time effort was well saved by Elliott Morris. The ball broke back to Donnelly but this time he could only find the side netting. The visitors were dominant at this stage and some slack play from the Glentoran defence and midfield almost proved costly. Just after the hour mark though, against the run of play, Glentoran edged in front. Nathan Kerr's free kick was cleared from the edge of the area but hooked back into the box by John McGuigan. Brian Neeson's punch was weak and Willie Garrett picked up the loose ball and drove between two Cliftonville defenders before firing a shot goalwards. The ball was blocked on the line but Curtis Allen was first to react and he headed home from close range to the delight of the home support. 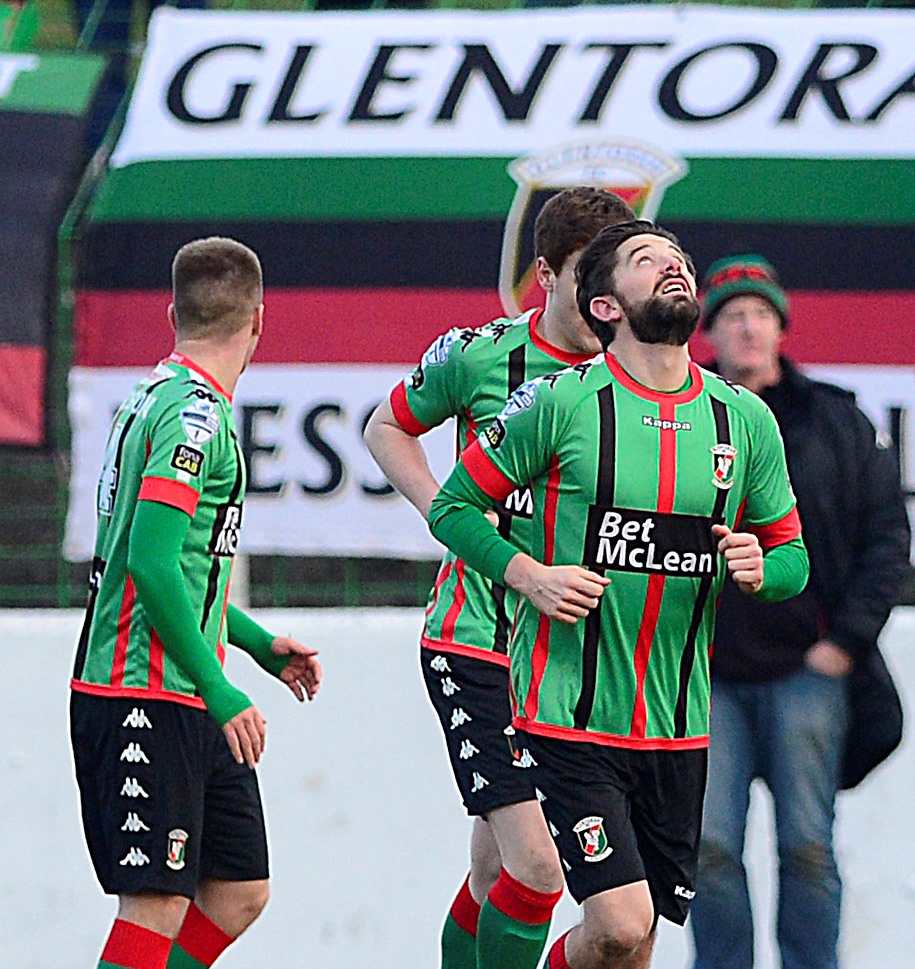 On 66 minutes Chris Curran went down in the area but referee Marshall considered it a dive. No penalty and perhaps strangely, no card! With 17 minutes remaining substitute Joe Gormley tested Elliott Morris with a low drive and then on 75 minutes another Reds replacement, Jude Winchester, also brought a save out of the Glens keeper. At the Sydenham End, Dylan Davidson did well to power past a couple of Cliftonville defenders but the young midfielder then dragged his shot wide. 2 minutes from time Jude Winchester picked the ball up 30 yards from goal. His swerving shot brought a superb save out of Elliott Morris, the Glens veteran turning the ball around the post. In stoppage time there was one more chance for a Cliftonville equaliser but again Joe Gormley was off target with his shot. 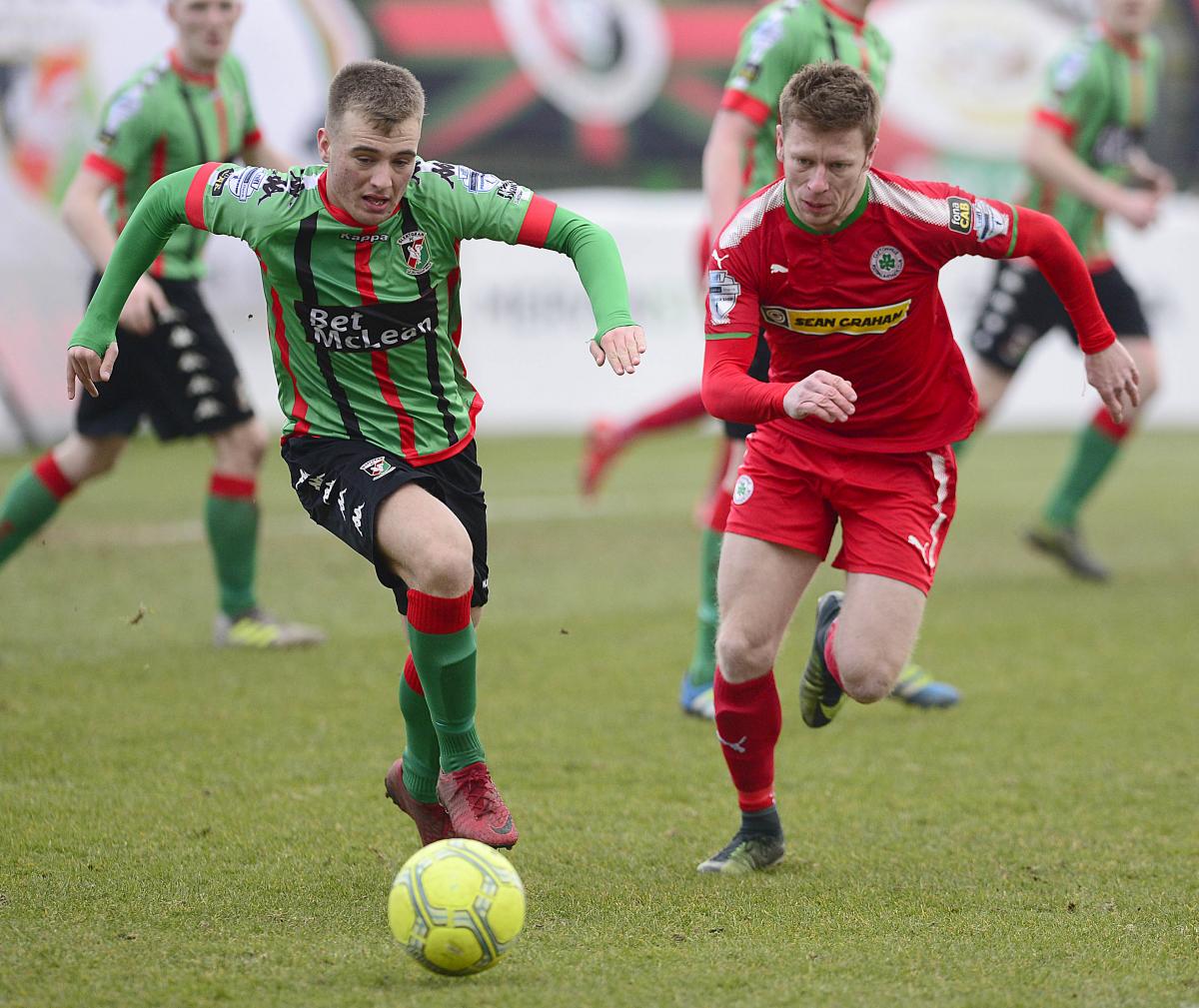 So a welcome win for Ronnie McFall. His last as Glentoran manager came on 26th December 1984 when goals from Jim Smyth and Ron Manley gave Glentoran a 2-0 win over Distillery. That was 12,113 days ago - or 33 years, 1 month and 29 days. Surely some kind of record! Hw will be hoping to build on that when the Glens face Warrenpoint Town at the Oval on Tuesday evening in a rearranged Danske Bank Premiership game. 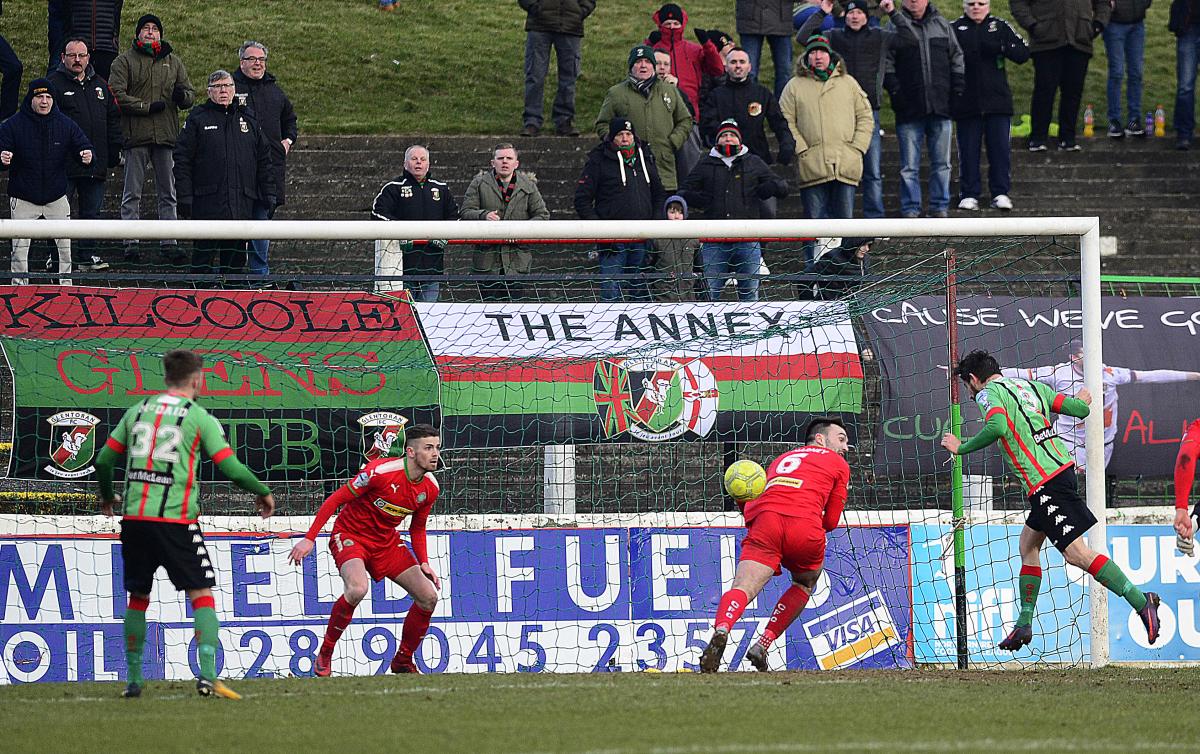 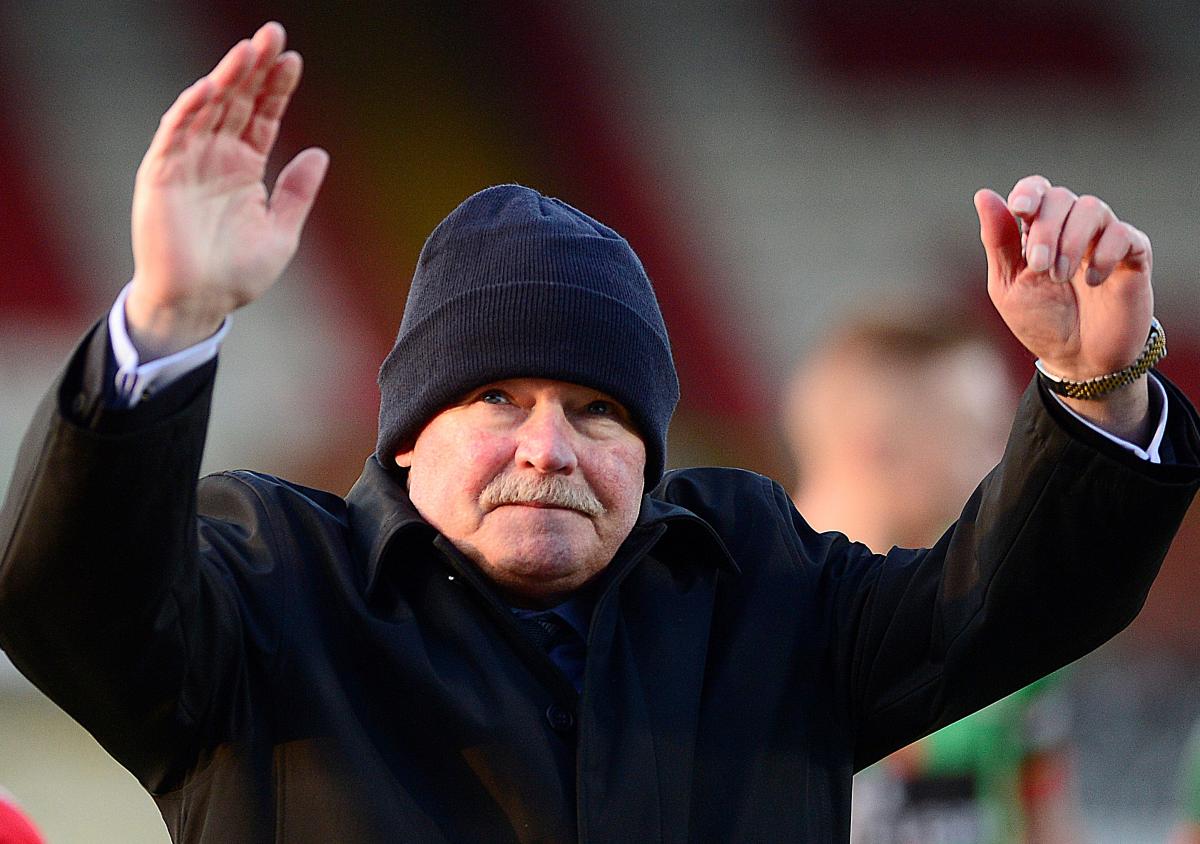