A second half goal from Nacho Novo gave Glentoran a deserved victory over Carrick Rangers this evening, their first at the Oval since November.  Following last week’s win at Ballymena Gary Haveron was forced into making two changes to the starting line-up, Stephen McAlorum and Chris Lavery coming in for the suspended Marcus Kane and Steven Gordon. Before the kick off there was an impeccably observed minute’s silence in memory of Derry City captain Ryan McBride and those who lost their lives in the terrorist attack in London this week. 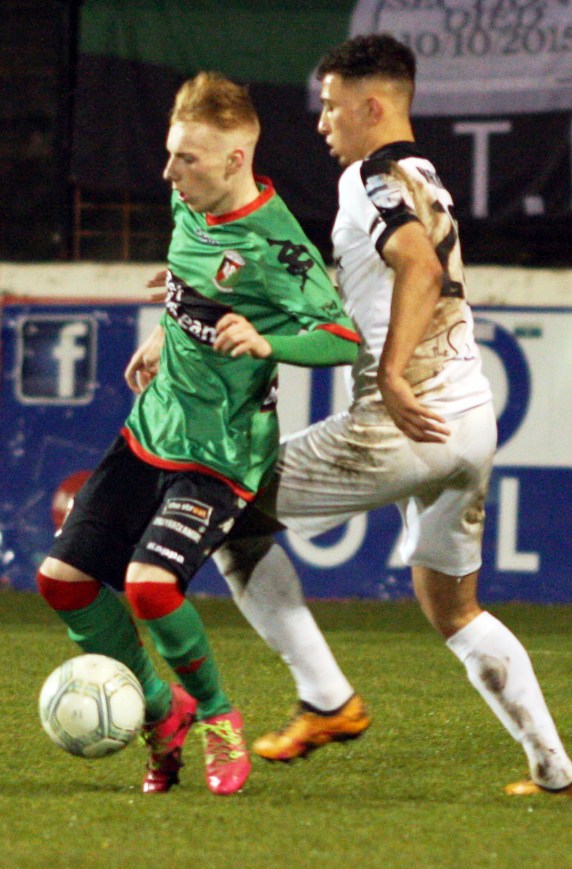 Once the action got underway there was little to choose between the sides but neither goal keeper was forced to make a save of any note.  Former Glentoran full back Steven McCullough sent a free kick just wide for Carrick in the eighth minute and Nacho Novo mis-hit a shot from a good position after a neat exchange with Stephen McAlorum.  Novo also sent a free kick just over the bar and Carrick came close when Chris Morrow shot just wide and Sean Noble sent a cross fizzing across the face of goal which only needed a touch.  These chances aside it was a nondescript first half with the Glens unable to raise their game to the levels of last Saturday. 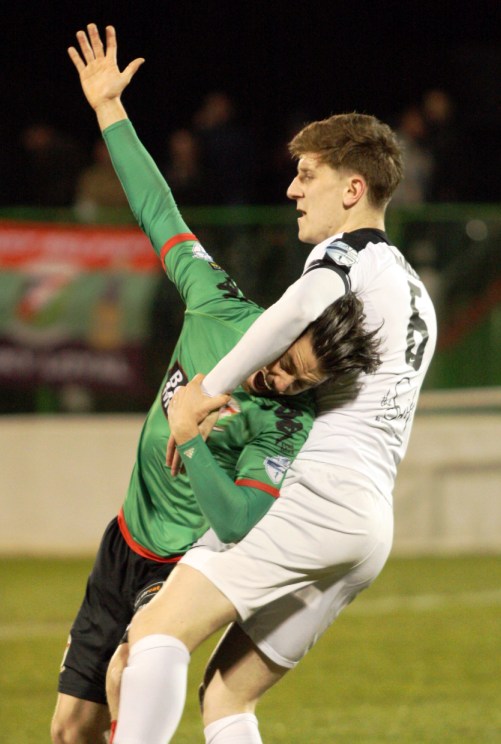 However just two minutes after the interval the home side made a breakthrough.  Chris Lavery exchanged passes with Ross Redman along the left and his driven cross was met by an unmarked Nacho Novo who had the easy task of diverting the ball into an empty net.  The goal sparked the Glens into some sort of life and shortly afterwards a Curtis Allen free kick whistled just wide.  Nevertheless Carrick were not going to lie down and on 51 minutes Noble should have at least called Elliott Morris into action but put an excellent chance over the bar from 10 yards.  TJ Murray also came close with a shot from the edge of the box which was deflected just wide. 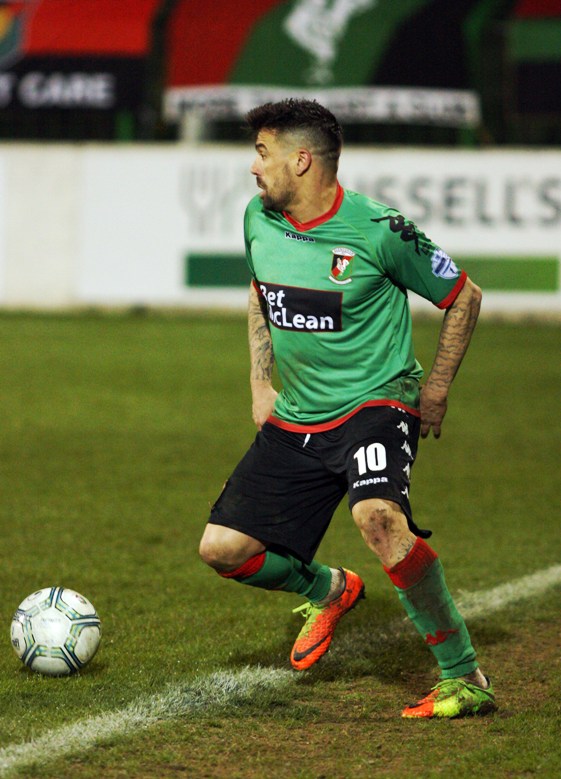 Despite these scares the Glens had the upper hand and the lion’s share of the play was in the Carrick half.  Conall Delaney, making his home debut, grew in confidence as the game went on and was causing McCullough all sorts of problems.  On 73 minutes he linked up superbly with fellow teenager Tiarnan McAuley and his low cross-cum-shot flew just wide of the far post.  While the Glens had the upper hand the lead was a precarious one but with just three minutes left on the clock it looked as though we would have some breathing space; Curtis Allen got his head to a Nacho Novo corner, the ball struck Paddy McNally on the arm and referee Ian McNabb pointed, perhaps a little harshly, to the spot.  Allen himself stepped up to take the kick but could not repeat his success of last Saturday, Carrick ‘keeper Brian Neeson making a superb stop low to his left.  Right on the 90 minute mark Allen thought that he had made up for his miss when he had the ball in the net but the strike was ruled out for offside. 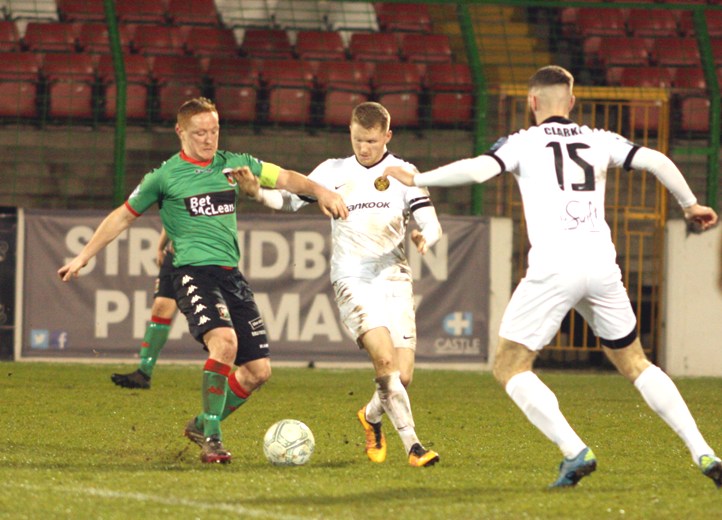 In the end the performance did not reach the heights of last week, but the victory was well deserved and an Oval victory and clean sheet were very welcome indeed.  Gary Haveron’s men now go into the post-split fixtures hopeful of maintaining seventh place and winning a place in the Europa League play-offs.