Two things which have cost Glentoran dearly over the past couple of seasons were very evident again in today's meeting with Crusaders at the Oval meaning the game was decided by the interval; defensive lapses leading to goals and ill discipline.

On a horrendously wet January afternoon in East Belfast, the Glens made just one change to the starting line up which disappointingly exited the Irish Cup last weekend, Marcus Kane coming into the midfield in place of the suspended Stephen McAlorum. Calum Birney and Eric Foley were again missing from the squad due to injury.

The home side created a couple of chances in the opening quarter of an hour with Marcus Kane and Ross Redman combining well to create an opening for Chris Lavery. The Glentoran number 11's effort was on target but tipped over the bar by Sean O'Neill. Nacho Novo and Lavery then set up a chance for Aaron Harmon but the ex-Carrick Rangers player fired high and wide when perhaps he could have played in Marcus Kane. 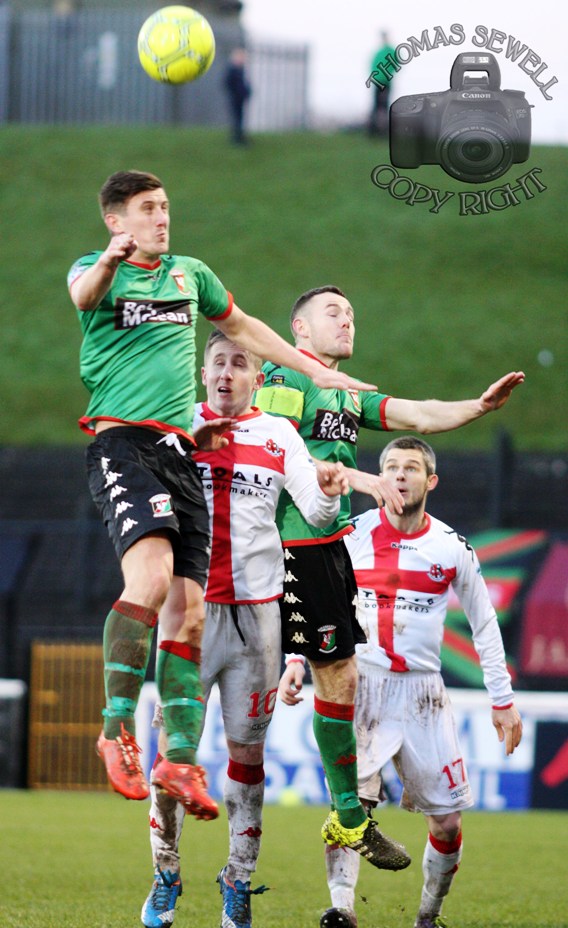 Crusaders took the lead on 16 minutes. McClean took a throw in midway inside the Glens half and the ball was hooked into the penalty area where an unmarked Declan Cadell headed home with the defenders looking at each other! A minute later and the visitors doubled their lead. Novo lost possession in the Crusaders half and Whyte and Heatley broke clear with Whyte outpacing Ciaran Caldwell before sliding the ball under the advancing Elliott Morris.

On 24 minutes Glentoran had a chance to pull a goal back. Chris Lavery found Caldwell and his cross picked out Nacho Novo at the back post but Novo's downward header was stopped by the feet of O'Neill. The ball broke to Harmon but his effort was blocked as was the follow up shot from James Ferrin. 3 minutes later it might have been 3-nil when Lavery lost the ball too easily and Crusaders broke once more. It was Paul Heatley with the effort on goal but Elliott Morris saved his deflected shot. James Ferrin almost set up Chris Lavery in the 38th minute but the defender's right wing cross was just too high for Lavery. A minute later Lavery went on a mazy run. As he approached the penalty area he was cut down. Surprisingly referee Boyce, who had earlier showed yellow cards to both Ferrin and Kane for innocuous challenges, decided that a free kick was sufficient punishment! Novo too the free kick but his 28 yard effort struck the wall and the danger was gone. 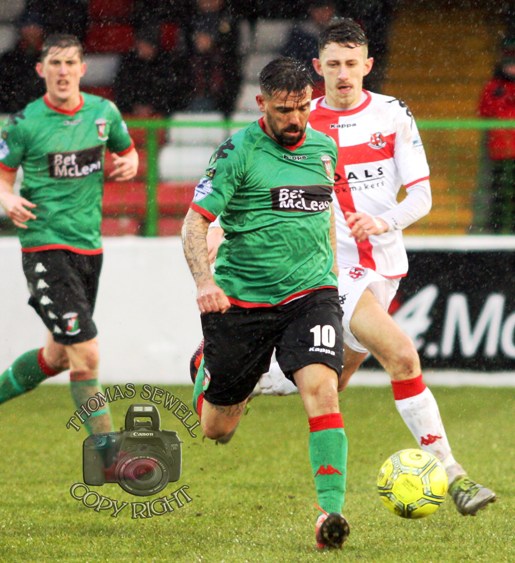 Just before the break Glentoran were reduced to 10 men. As the Glens went on the attack Nacho Novo played the ball through to Ross Redman. As Novo tried to continue to break forward he appeared to be taken out off the ball by Declan Cadell right in front of Evan Boyce. The Glentoran attack fizzled out but an angry Novo and Cadell then squared up to each other and moments later the referee produced a red card for the Glentoran number 10. Novo had words with the Crusaders midfielder who seemed to continue to taunt Novo with words and gestures. Whilst Novo possibly deserved to be punished, only Boyce will know why Cadell wasn't! 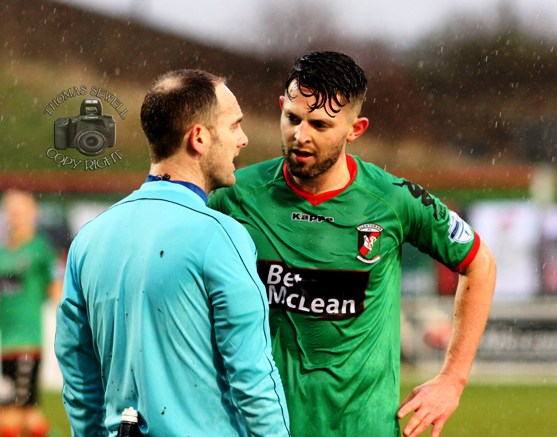 The second half was a bit of a non event with Crusaders content to sit on their 2-goal lead and 10-man Glentoran unable to create any real opportunities. Billy Joe Burns fired high and wide on 51 minutes and Jordan Forsythe also failed to test Morris 6 minutes later. Just before the hour mark Curtis Allen did get a rare sight of goal but his dipping shot flew just wide of the post. Carvill and Whyte spurned further opportunities before the Crues finally got their third goal with 18 minutes remaining. Glentoran won a throw in just inside the visitors' half. As Aaron Harmon picked the ball up the linesman, Andrew Neeson, flagged that the throw should be for Crusaders! From the throw in the ball was played forward and with Jonny Addis missing the chance to head clear, Heatly nipped in behind him and carried the ball forward before slipping it past Morris.

Curtis Allen did have a couple of late chances, both set up by substitute Steven Gordon. The first, on 83 minutes, saw allen drag his shot narrowly wide of the far post whilst in the final minute his header, from Gordon's right wing cross, was also off target. Crusaders substitute, David Cushley, almost scored a spectacular fourth but his fine effort was brilliantly tipped over the bar by Elliott Morris.

Glentoran's hopes of finishing in the top six look to be diminishing as each game passes. The next two fixtures will show us if there is any possibility of that happening. Wins away to Ards next Friday evenng and then at home to Ballinamallard United are now essential. 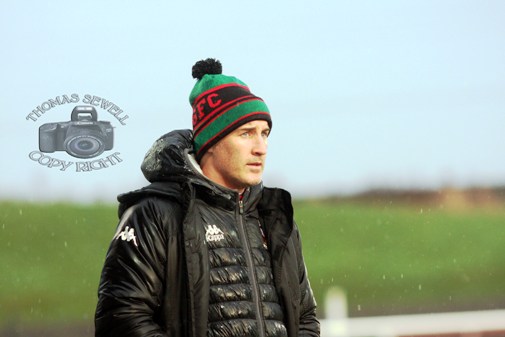