The match sponsors for today's Danske Bank Premiership game were 'Cutting Edge' but it was a lack of a cutting edge in the final third which saw Glentoran lose their third home game in a row.  In all three games the Glens failed to find the opposition net. 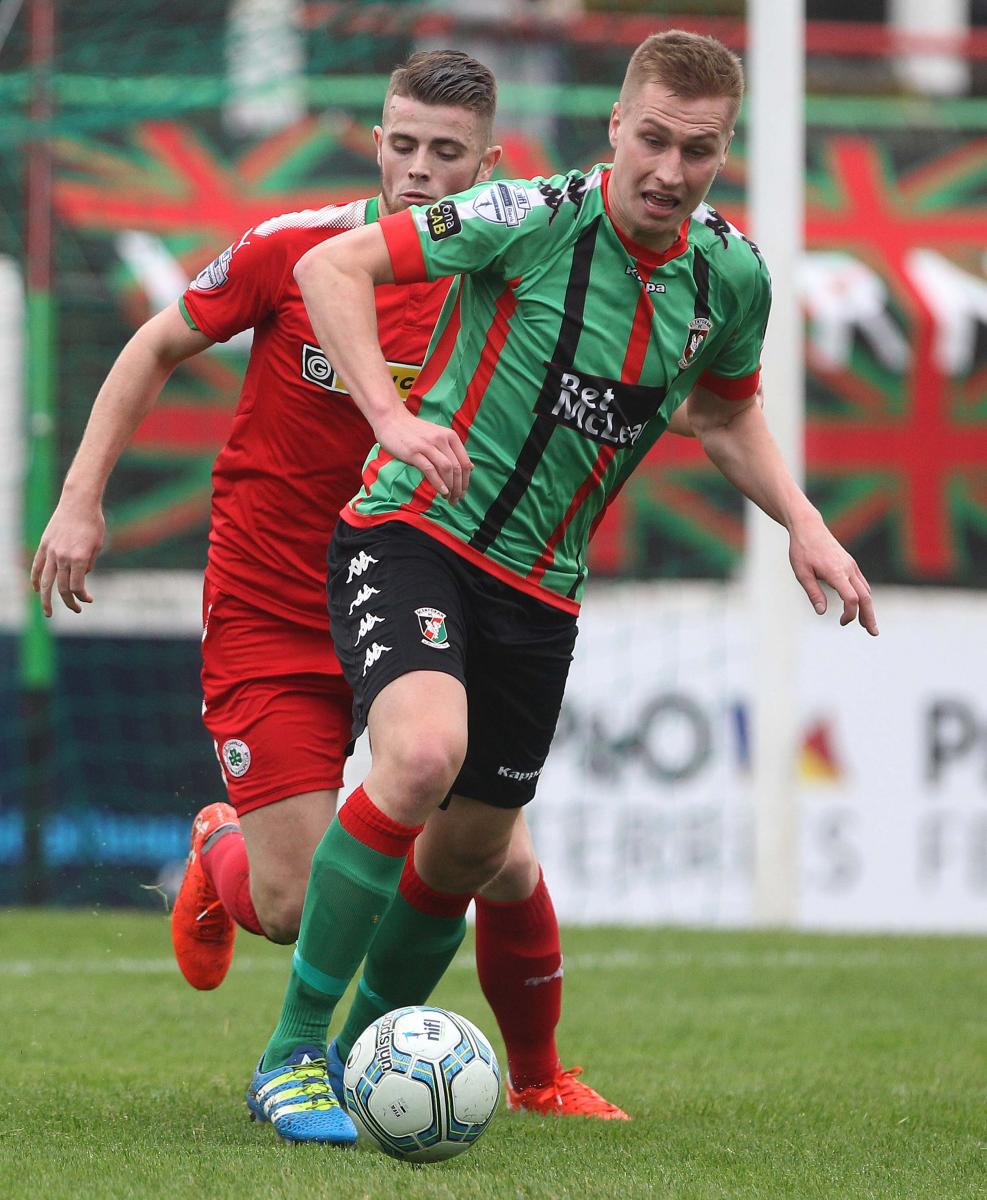 Glentoran were without the injured Ross Redman and manager, Gary Haveron moved Jonny Addis to left back with Dan Kelly slotting in beside Calum Birney at the centre of the defence. Eoghan McCawl was back in midfield alongside Corey McMullan and Marcus Kane. Allen and McDaid were up front with John McGuigan just in behind. 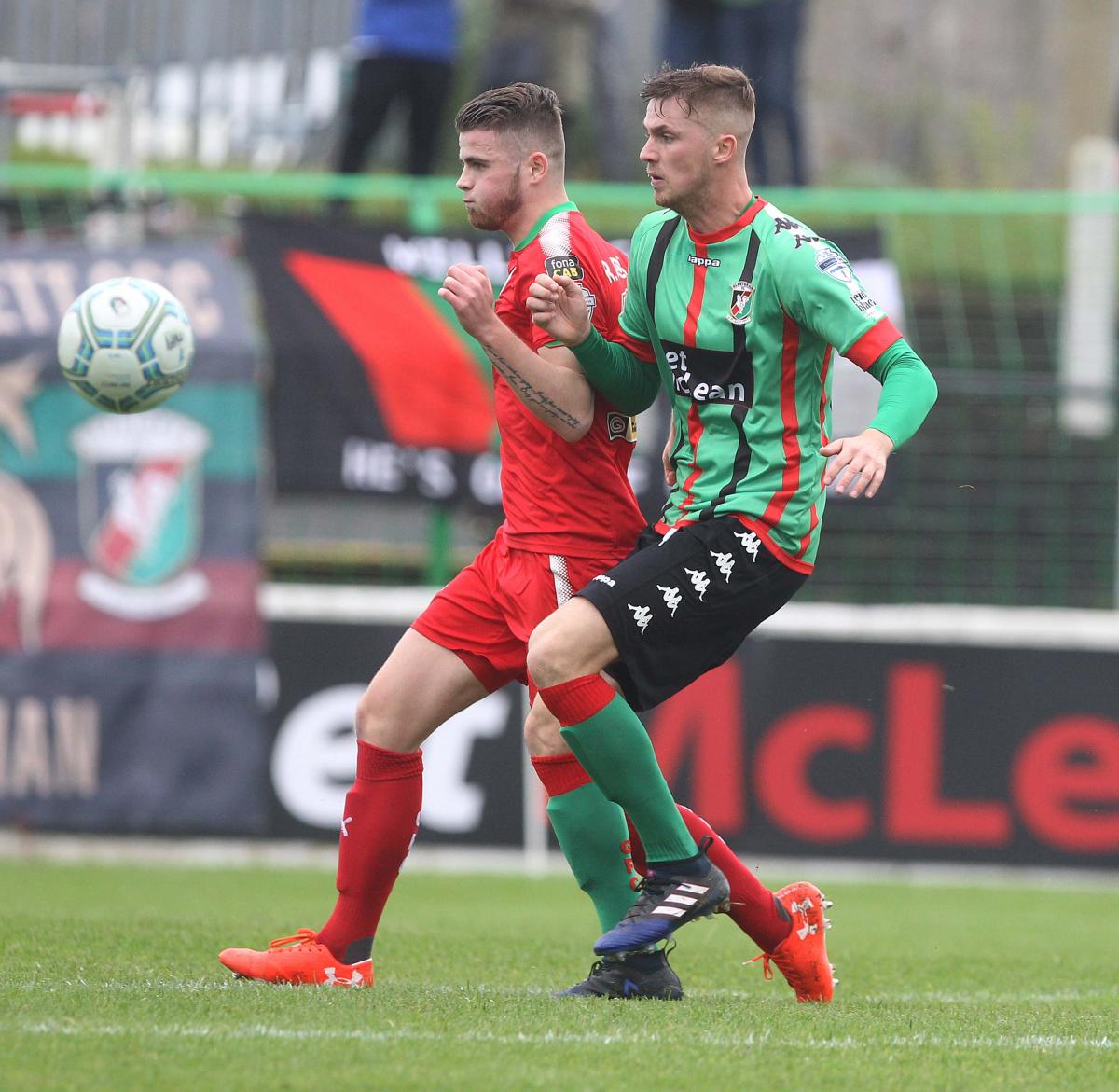 For almost half an hour both teams sparred with each other with chances being few and far between. Jay Donnelly and Levi Ives had long range efforts on goal. Morris dealt comfortable with the Donnelly shot from the left corner of the 18 yard box but was untroubled by Ives' shot. On 24 minutes the Glens lost John McGuigan with a knee injury and James Knowles came on to replace him. 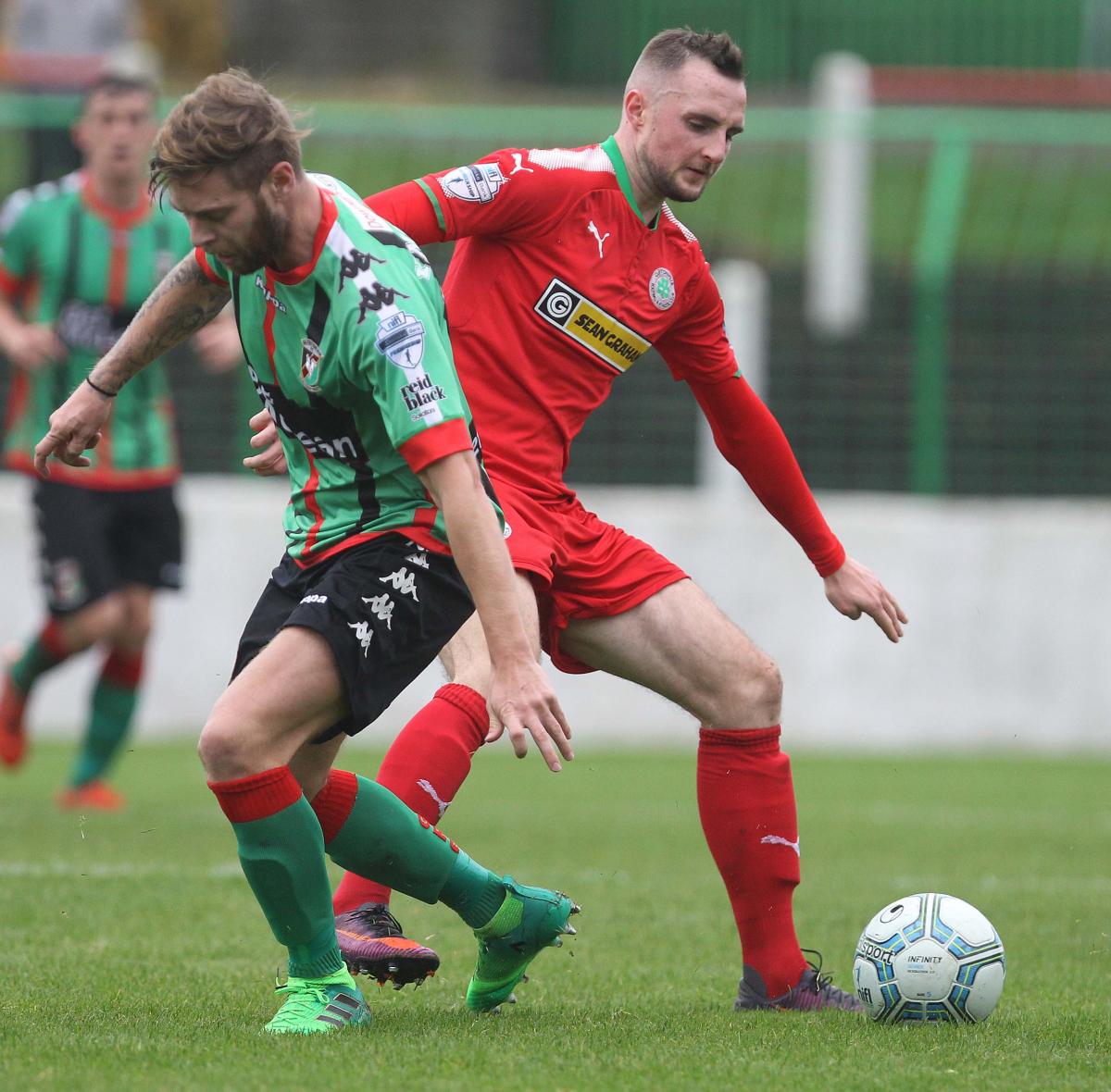 With 29 minutes gone the Reds edged in front. It began with a Glentoran free kick inside the visitors' half which was played towards goal. The Cliftonville defence cleared the ball and broke down the left. Chris Curran fed Joe Gormley who delevered an excellent ball into the danger area. Rory Donnelly got goal side of Dan Kelly and headed past Morris from close range. 5 minutes later the Reds had another chance when, following a corner, Breen found Ives in the area. The full back's shot was turned around the post though by Elliott Morris. On 38 minutes some neat interplay between McCawl and McMullan ended with McCawl crossing to the back post. The inrushing Robbie McDaid was unable to find the target with his header though. 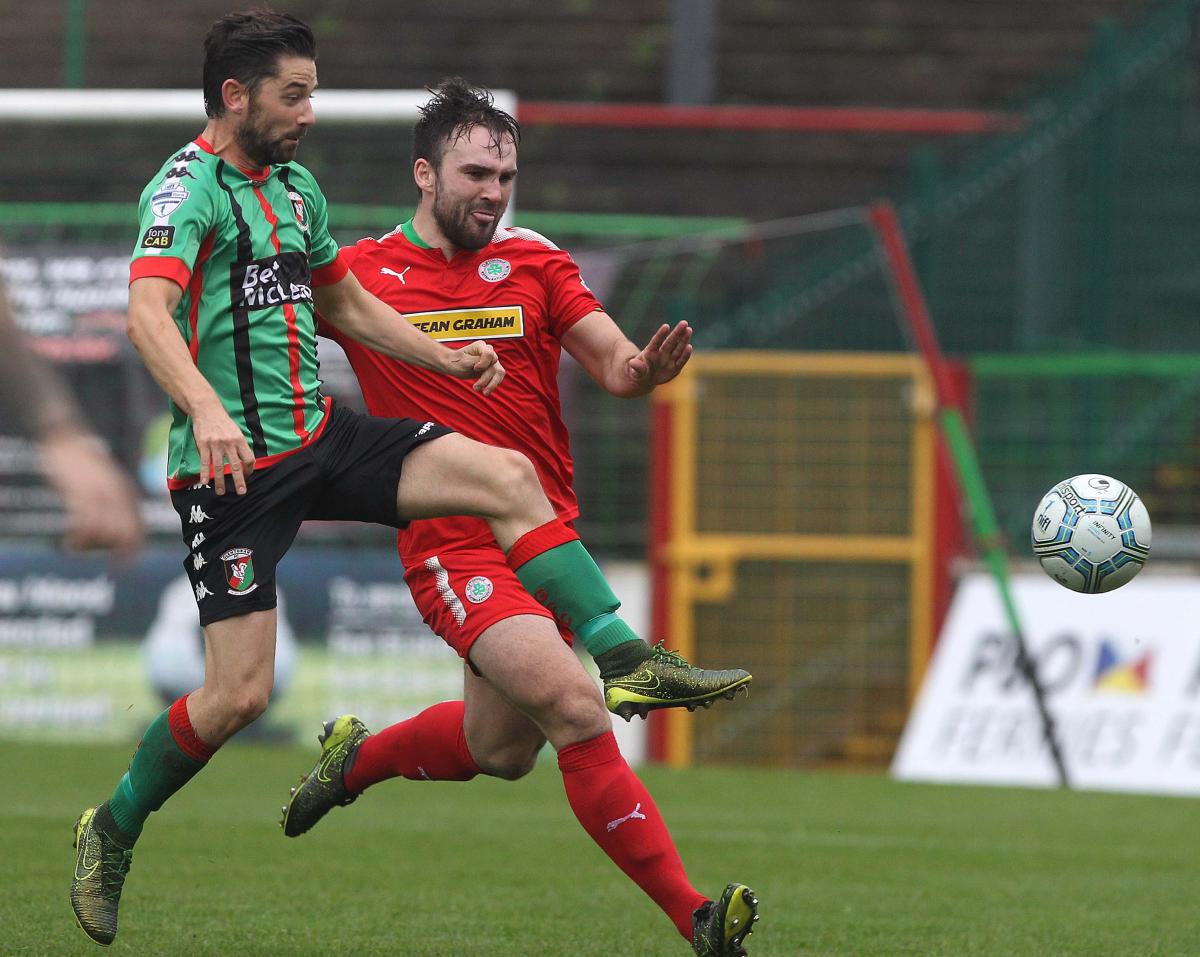 5 minutes into the second half a long ball from Dan Kelly into the Cliftonville penalty area was just out of McCawl's reach. It was more of the same then from the Glens; long periods of possession but unable to find a killer pass or test Brian Neeson in the Reds' goal. Tiarnan McNicholl replaced Marcus Kane in midfield; indeed it was surprising to see the Glens' skipper start the game following his injury late in the Bet McLean League Cup defeat last Tuesday evening. Steven Gordon was also introduced late on but by then the game was gone with Cliftonville netting a second 7 minutes from time. Substitute Stephen Garrett was given too much time on the left corner of the penalty area and he picked out the unmarked Rory Donnelly who found the bottom corner with his left footed drive. So much to ponder for the Glentoran manager and squad ahead of next Saturday's trip to Dungannon Swifts. 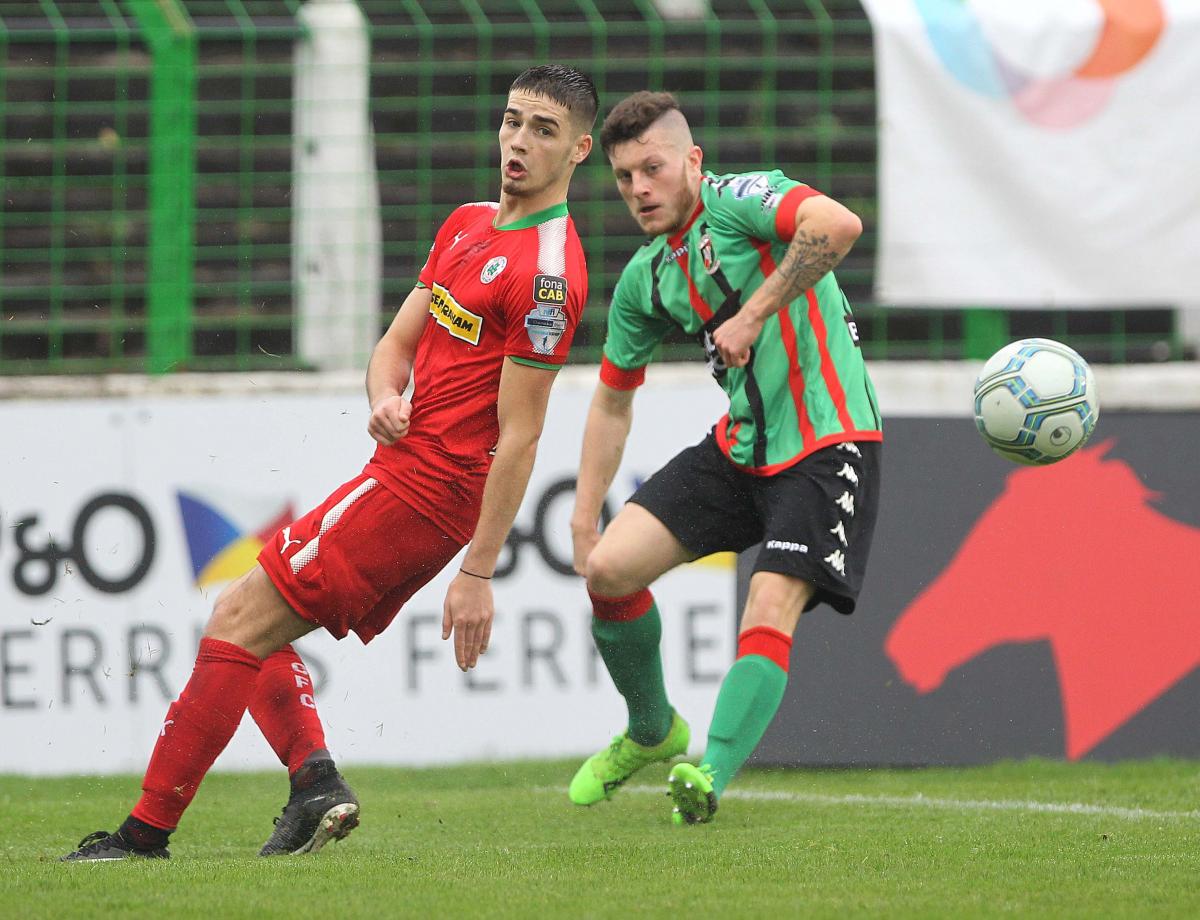 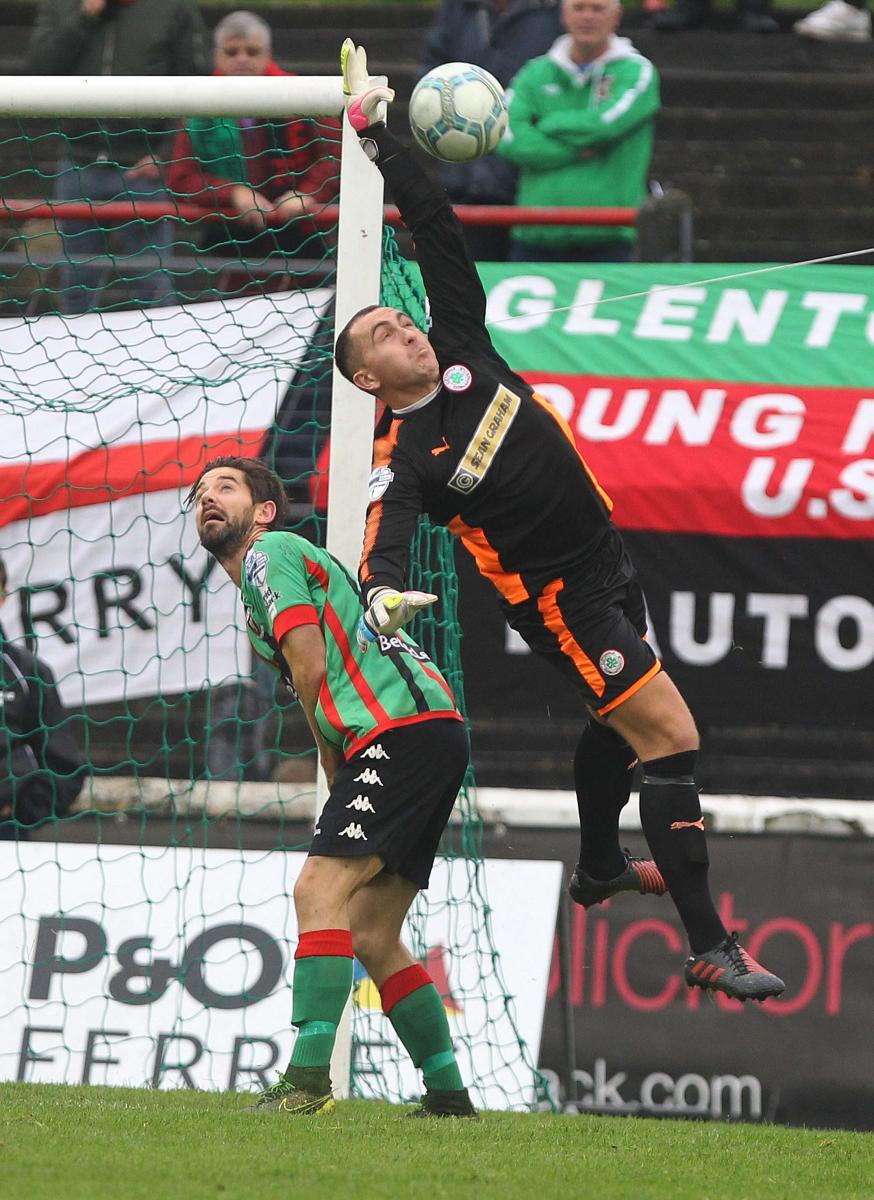