A goal after 14 minutes saw Ballymena Utd claim all 3 points in today's Danske Bank Premiership match at the Oval. Whilst the last few weeks have seen Glentoran on the wrong end of some bizarre refereeing decisions which cost us points, today we were probably flattered by the 1-nil scoreline; the visitors failing to convert a host of chances during the game. 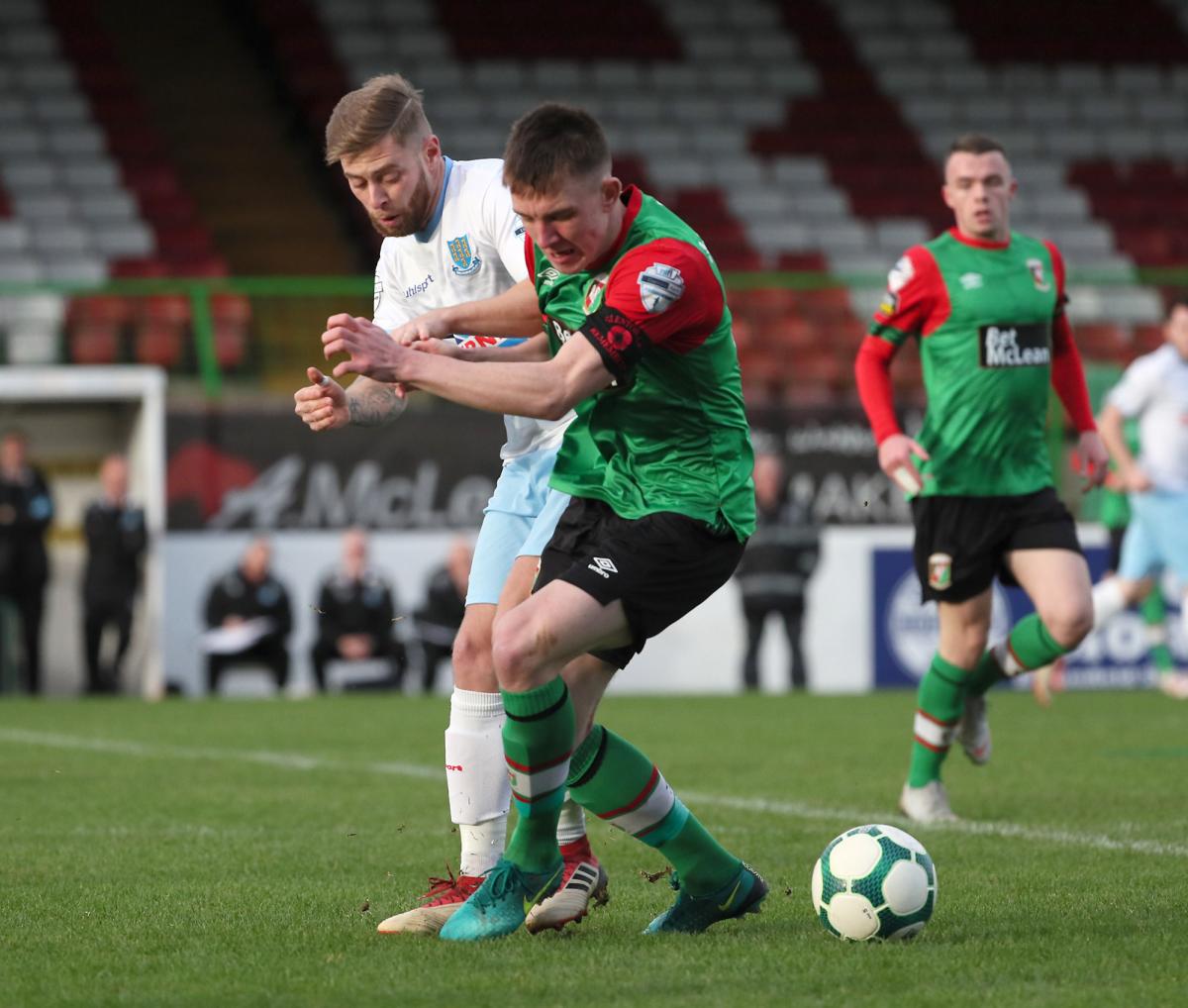 Due to suspensions and injuries, Ronnie McFall was forced to make several changes to his starting line up. One of those, young James McCarthy, was victim of a particularly nasty tackle within the first 4 minutes of the game; James Knowles taking the left back out and not playing the ball. Although the Glens were awarded a free kick, surprisingly no action was taken against Knowles! United dominated the early stages and the Glens were forced onto the back foot. Joe Crowe, who has excelled at centre back in recent weeks, did extremely well to block a goal bound shot with 5 minutes on the clock. 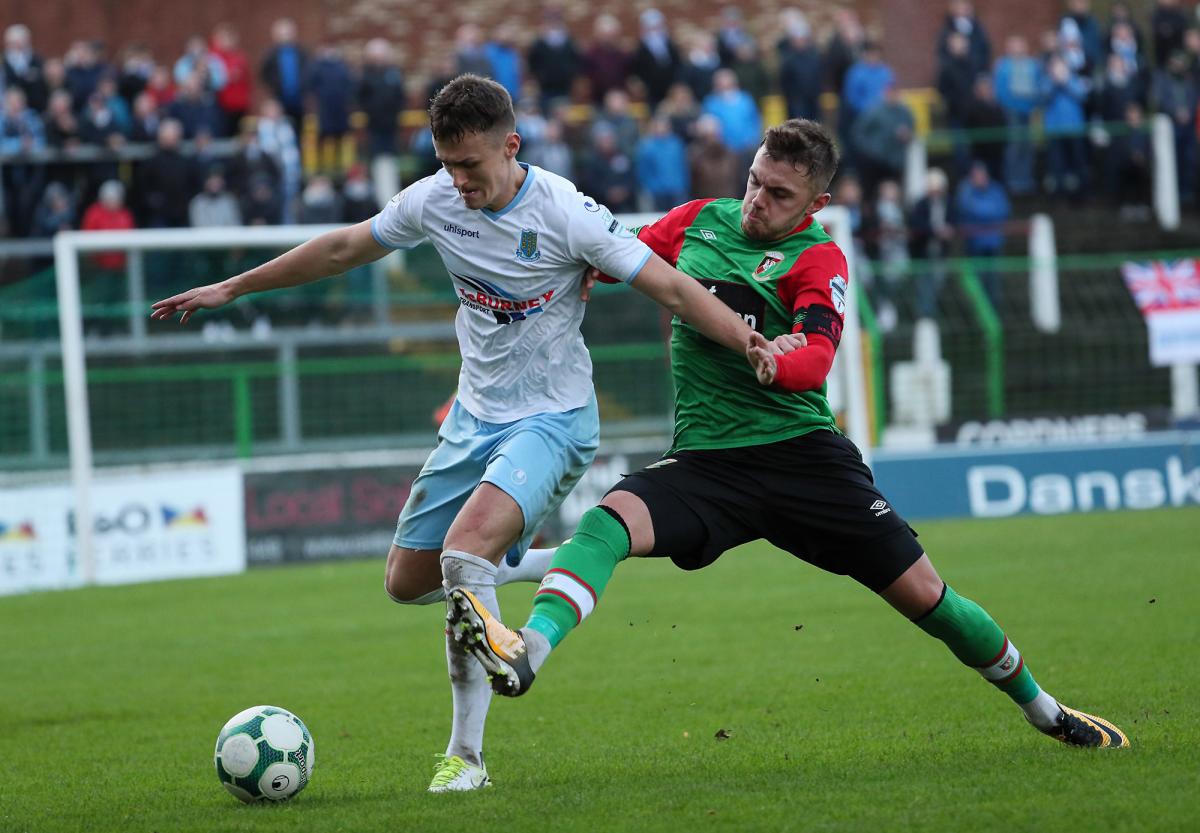 Following a tame, long-range effort from Jude Winchester, Robbie McDaid created a chance for Dylan Davidson but the Glentoran number 14 failed to hit the target. After 14 minutes Ballymena went in front. A corner from the right, taken by Leroy Millar, was played towards the back post. Elliott Morris came to punch the ball but missed it completely. It was headed back into the danger area and Jonathan Addis fired home from 6 yards. 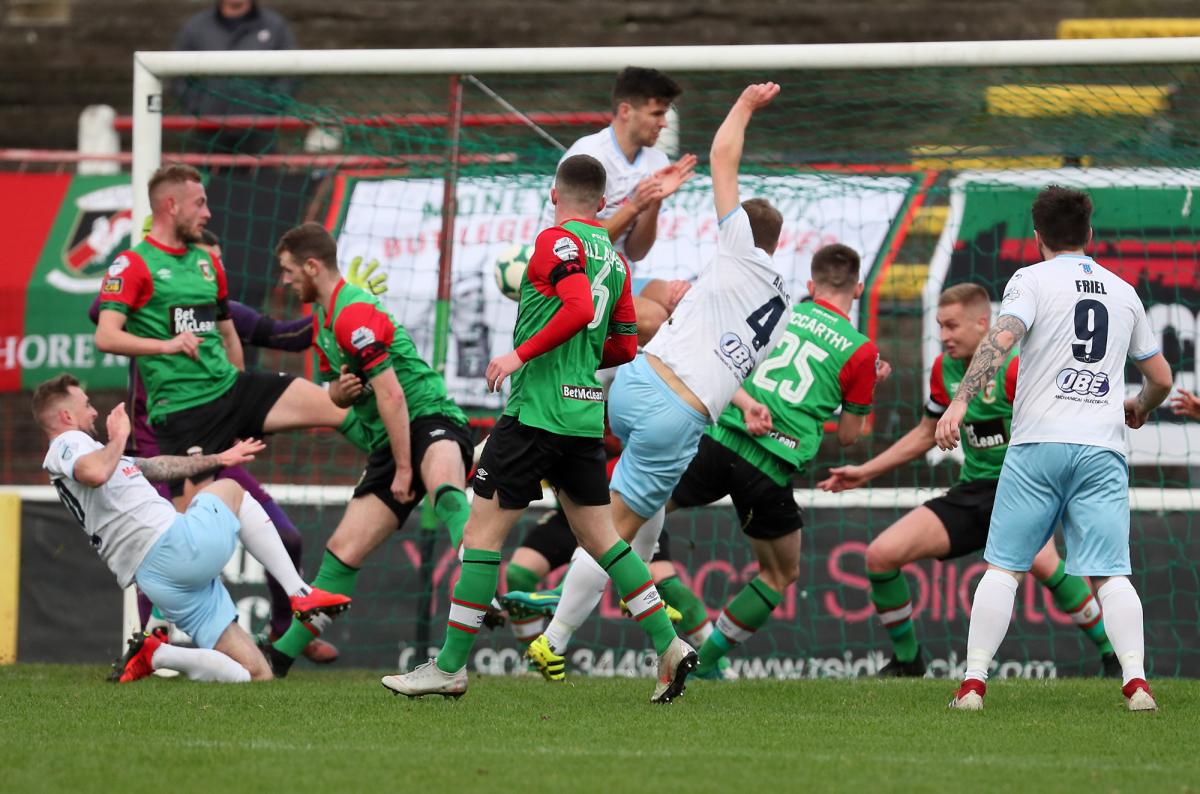 Glentoran tried to respond immediately and Chris Gallagher was unlucky to see his curling 25-yard effort deflected away for a corner. Dylan Davidson then picked up a yellow card for a foul on Knowles. Moments later a poor tackle on Robbie McDaid by McCullough saw the referee play an advantage but it came to nothing. Following an effort by Adam Lecky, well saved by Elliott Morris, Robbie McDaid had a great chance to level things up after a superb pass from John Herron. Unfortunately McDaid, Glentoran's most dangerous attacking threat throughout the game, saw Ross Glendinning block his shot. 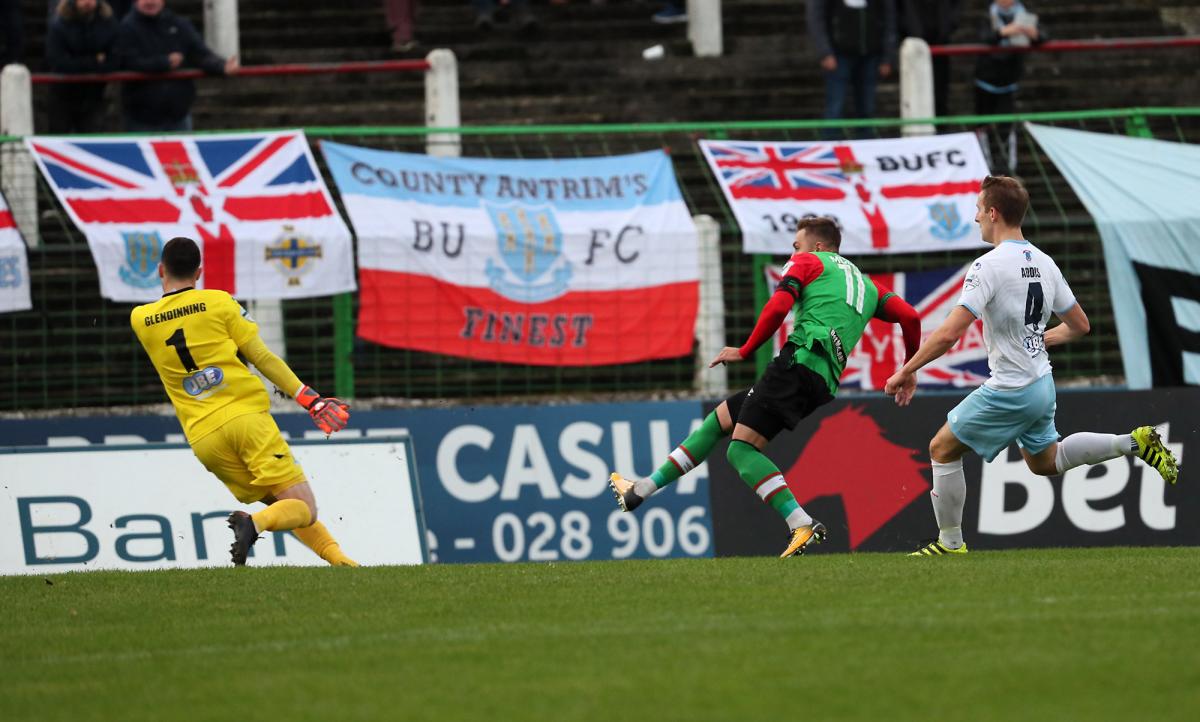 Curtis Allen then shot into the side netting whilst at the other end, Leroy Millar wasted a good opportunity following a poor clearance form the Glentoran defence. Dylan Davidson and Nathan Kerr then had attempts fly well wide but Kerr was also in the action at the other end with a last ditch block to deny the Sky Blues. In first half stoppage time a Glentoran corner broke to Joe Crowe in the visitors 18-yard box. Crowe neatly side stepped the defender but drilled his shot straight at Glendinning. 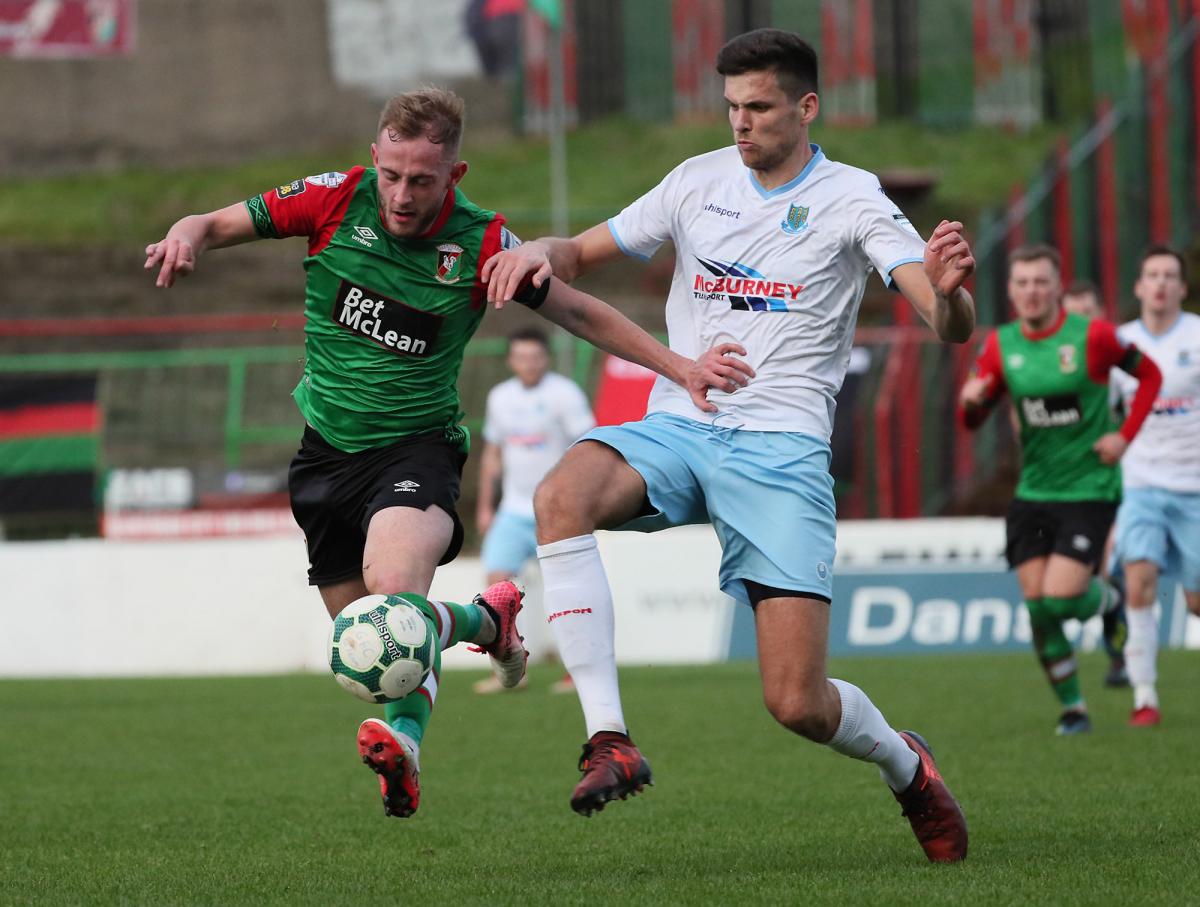 Glentoran started the second half brightly; lots of possession and attacking intent but without creating any clear cut chances. On 55 minutes it could have been 2-nil though! A shocking clearance from Elliott Morris only found Andrew McGrory and the former Glenavon player's shot smacked off the underside of the crossbar with Morris beaten. On the hour mark John Herron did well to ghost past 3 Ballymena Utd players but his effort on goal was blocked. Knowles (free kick) and McGrory then went close for the visitors whilst for the second week running, Robbie McDaid was flattened in midfield with no free kick being awarded and the opposition presented with a goal scoring opportunity. Adam Lecky had the chance to double United's advantage but Elliott Morris did well to keep him out. 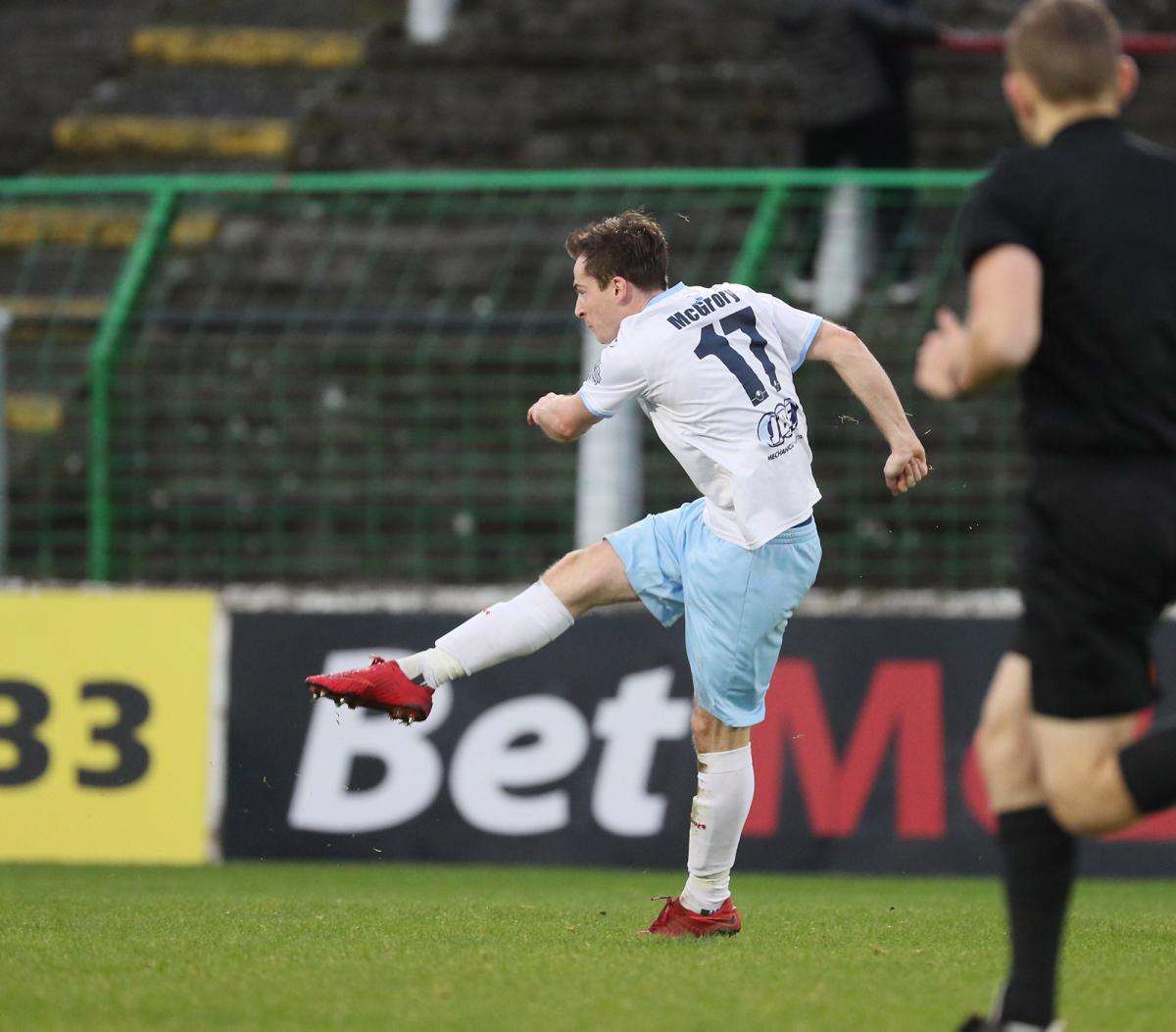 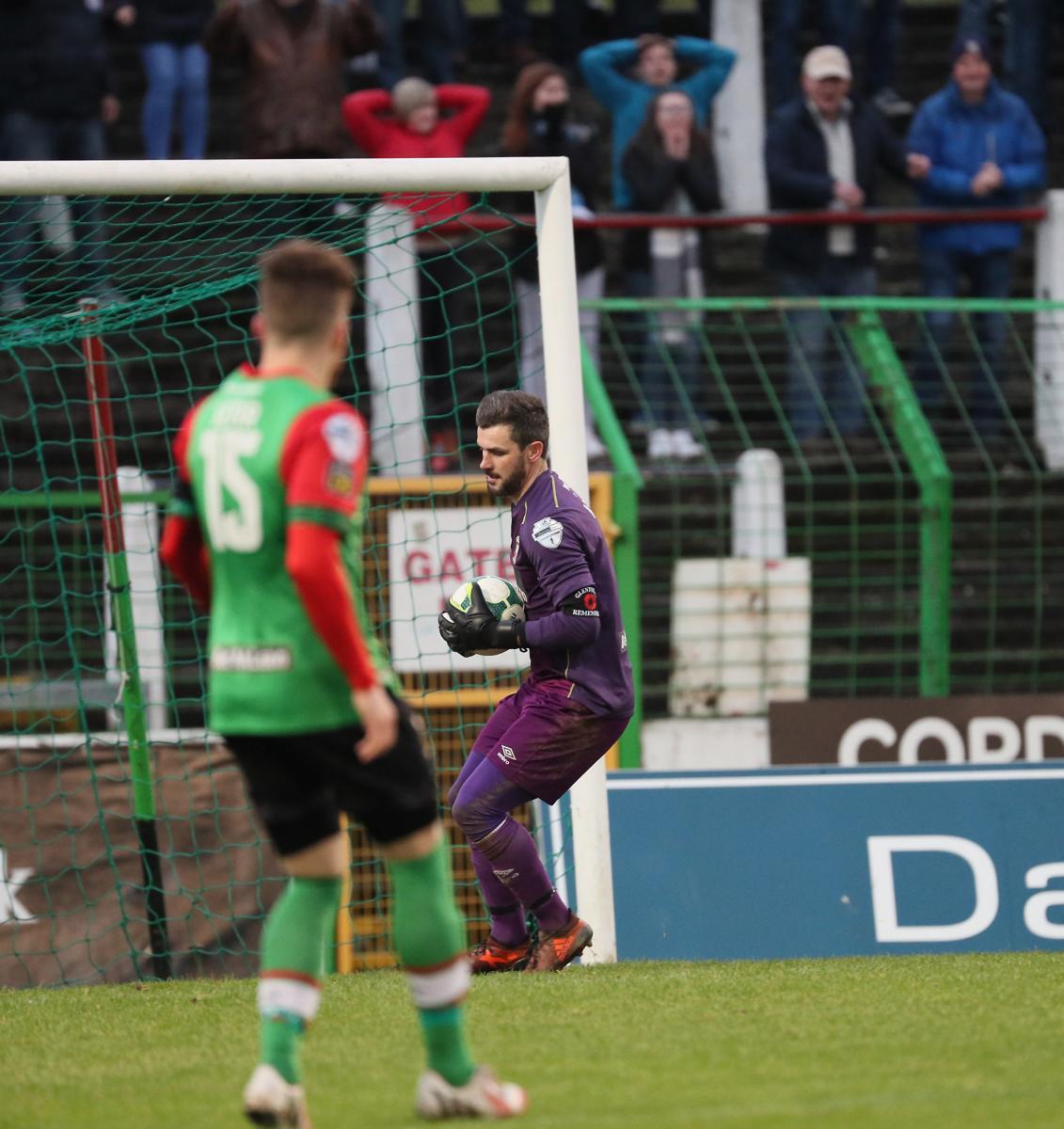 More frustration for Glentoran on 77 minutes when Chris Gallagher won the ball on the edge of his own area only to be penalised by the official. Knowles curled the free kick wide of the far post. Glentoran almost levelled with 10 minutes remaining. From a corner, John Herron saw his attempt cleared off the goal line but the ball broke for the big Scotaman and his stunning volley brought a fantastic save out of Ross Glendinning. In stoppage time there was one final opportunity but Conor Pepper's header from Davidson's cross, went wide of the target. 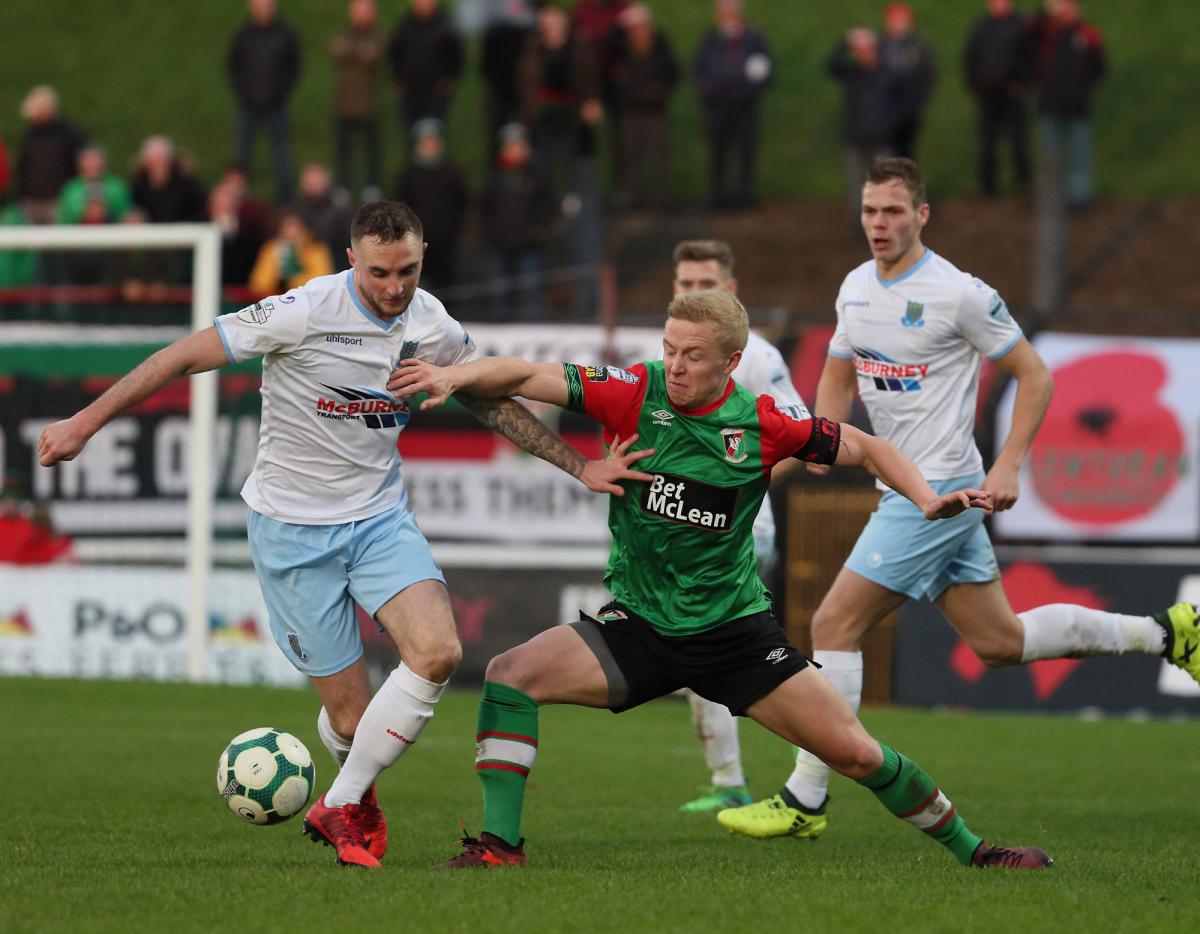 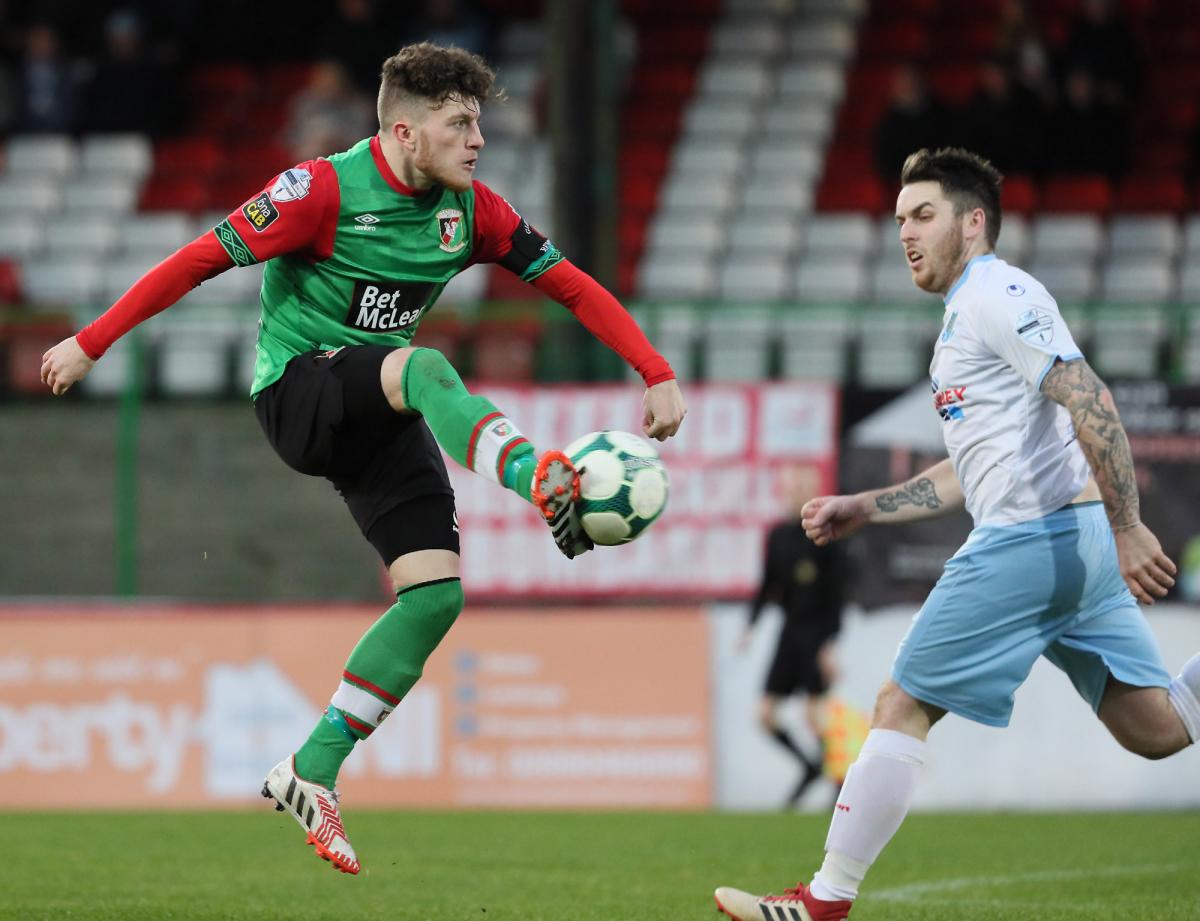 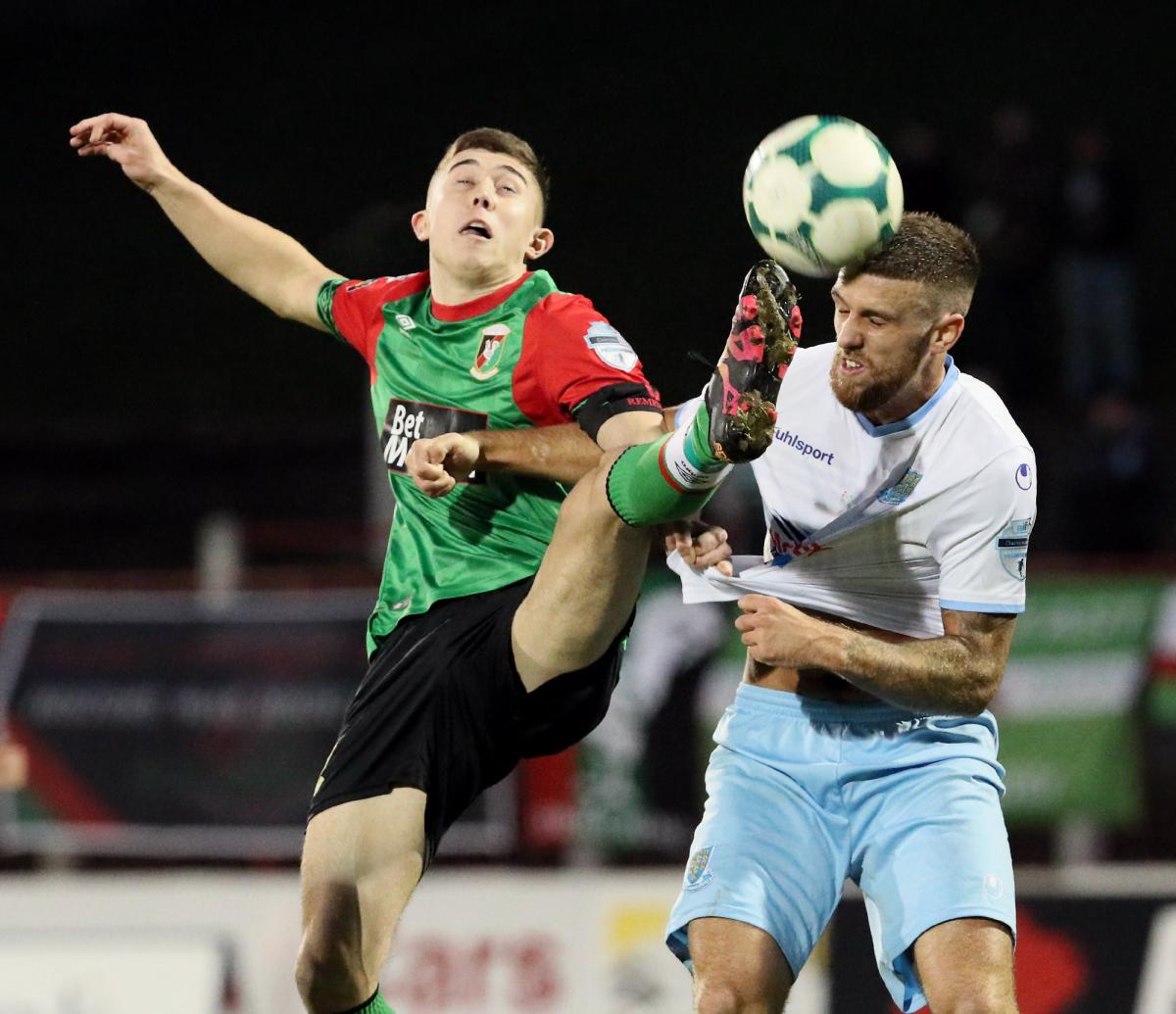