Glentoran continued their strong start to the season with a draw against league leaders Coleraine.  Both sides had chances to win the game, with the Glens missing a 95th minute penalty against the ten men of Coleraine. 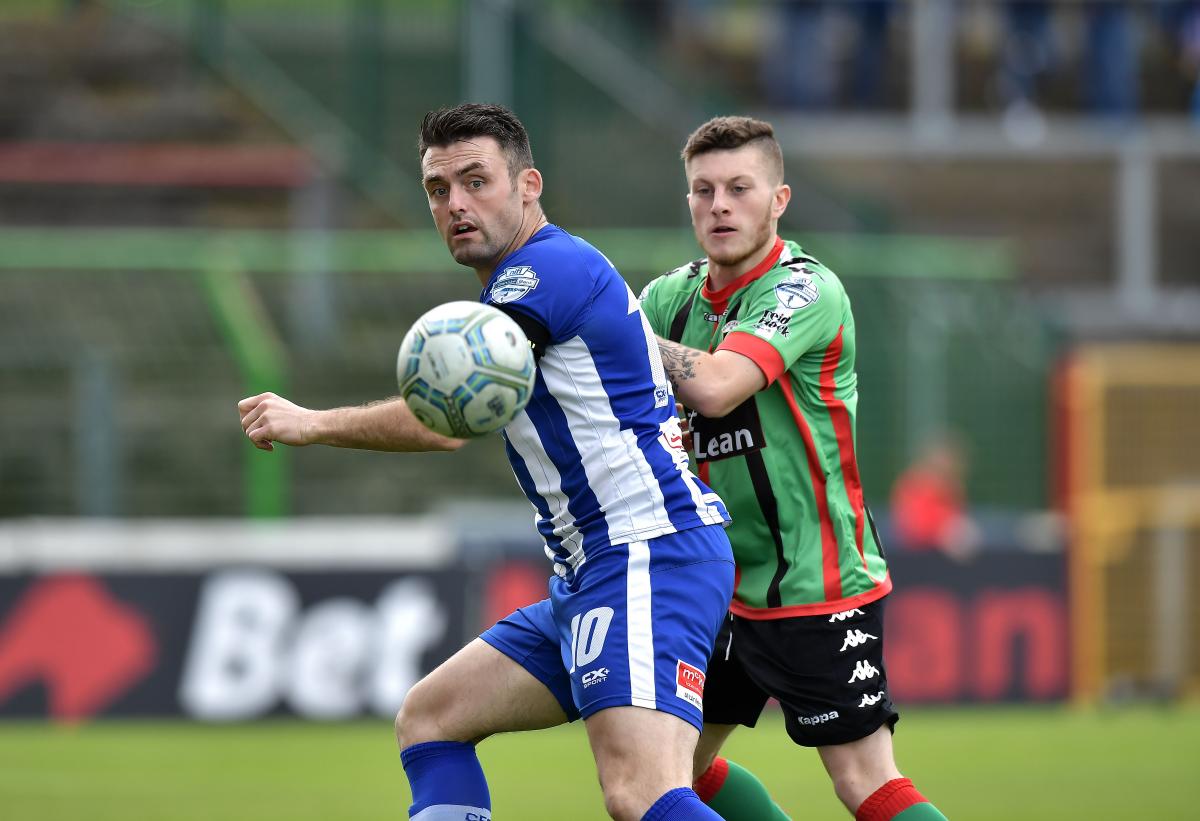 The game started slowly, with a strong crosswind making playing conditions difficult.  Corey McMullan had an early long range shot that was easily gathered by Coleraine goalkeeper Chris Johns and John McGuigan made a strong run into the box shortly afterwards but was denied by a last ditch tackle. 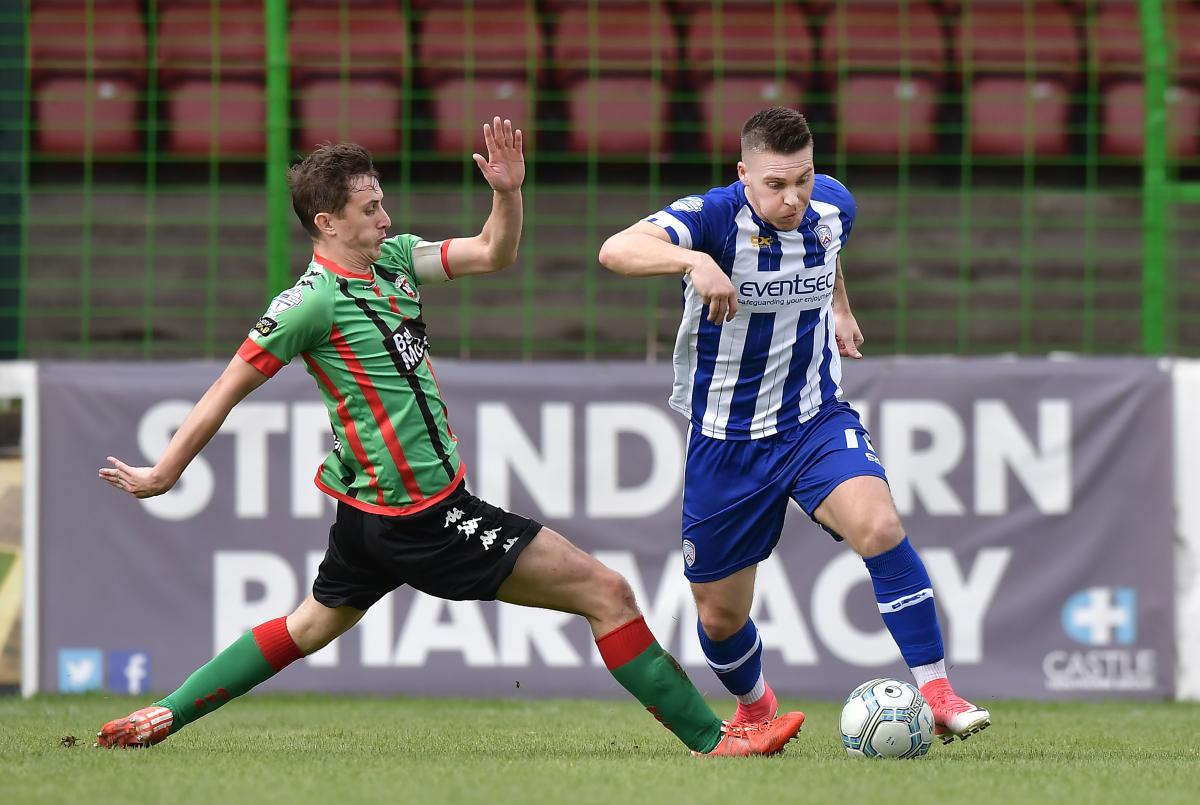 On 20 minutes Coleraine's Josh Carson was sent off for a reckless lunge on Marcus Kane. The Glens struggled to make the extra man count, despite good spells of possession, and it was Coleraine who came closest before the break with a shot from Ian Parkhill before Johnny Addis was forced to make an excellent last man tackle on Eoin Bradley as he broke free. 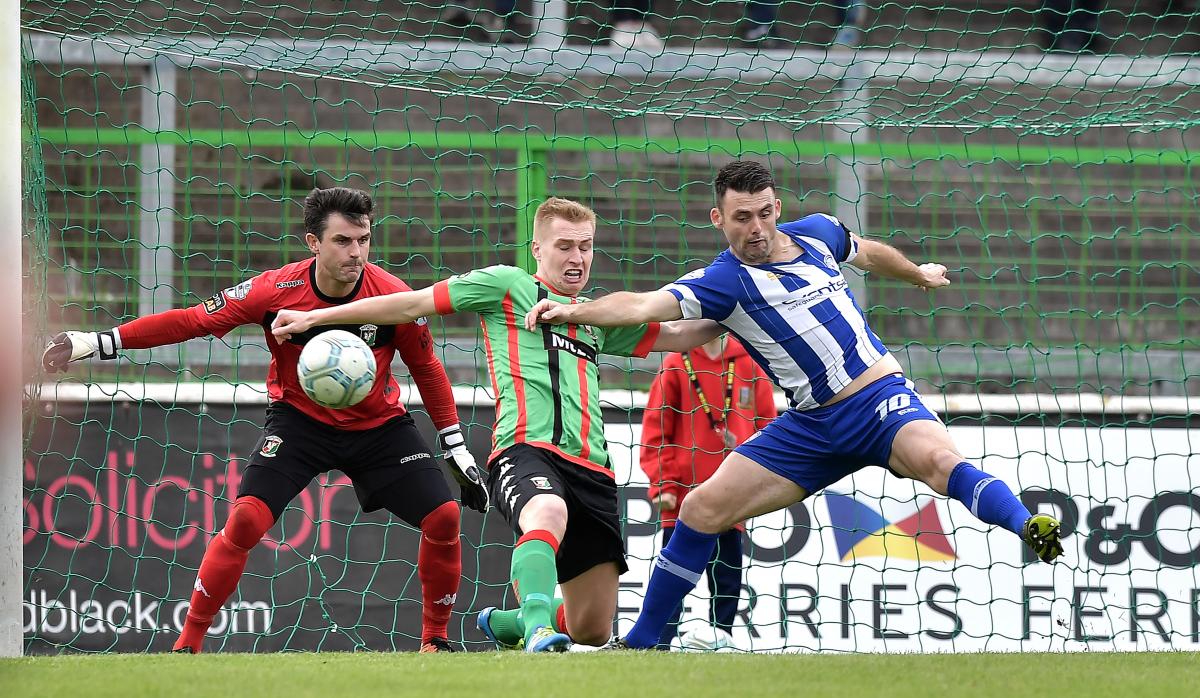 After the half Elliott Morris was called into action again making an excellent save low to his right.  Glentoran dominated possession but struggled to force the breakthrough. Meanwhile, Coleraine showed why they have been so effective this season displaying some excellent counter attacking football.  Robbie McDaid came closest for Glentoran with two efforts.  Firstly, a header that forced Johns into a reaction save, before the Coleraine keeper was called into action again to save McDaid's low shot from a wide angle after he broke away from the Coleraine defense. 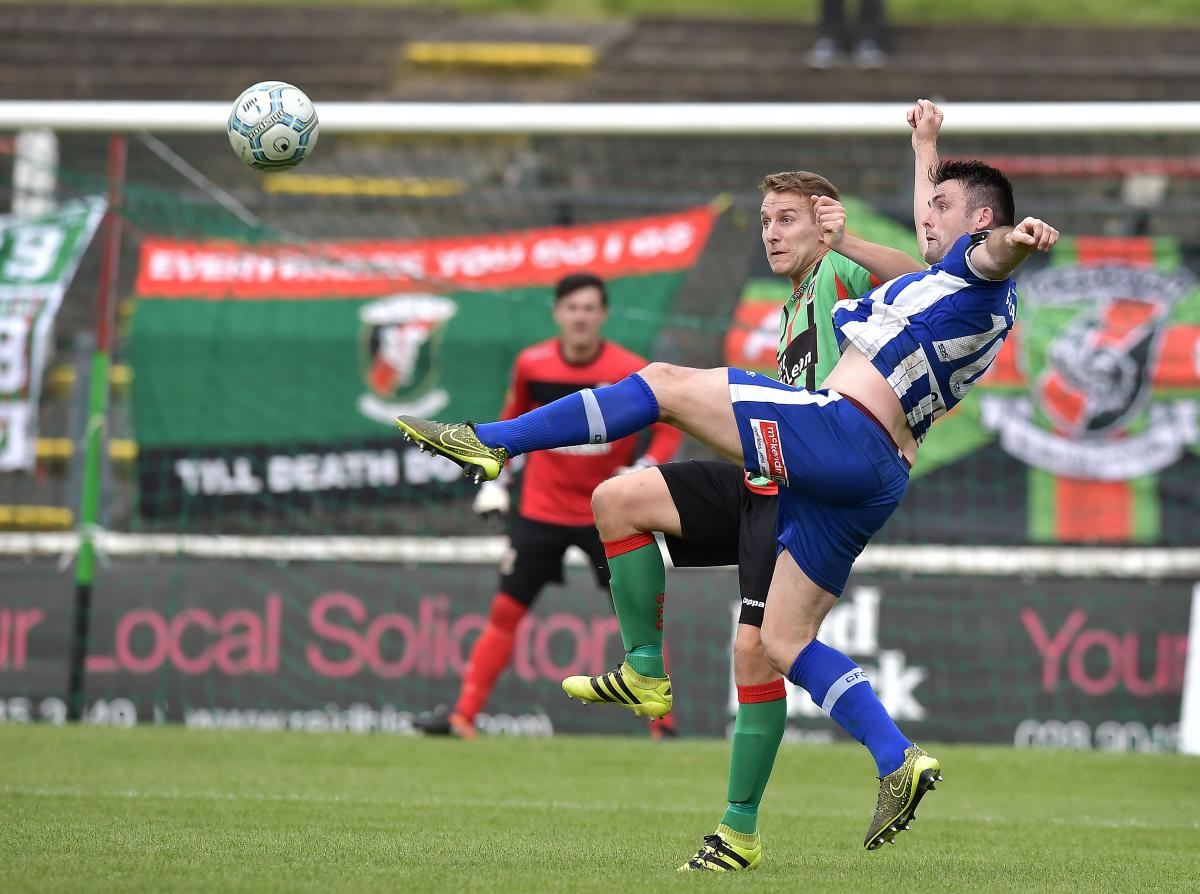 Elliott Morris continued his fantastic form at the start of the season with two saves from Jamie McGonigle, the second a finger tip save pushing the ball over the ball. Coleraine then came close again, with Ciaron Harkin hitting the post from distance. 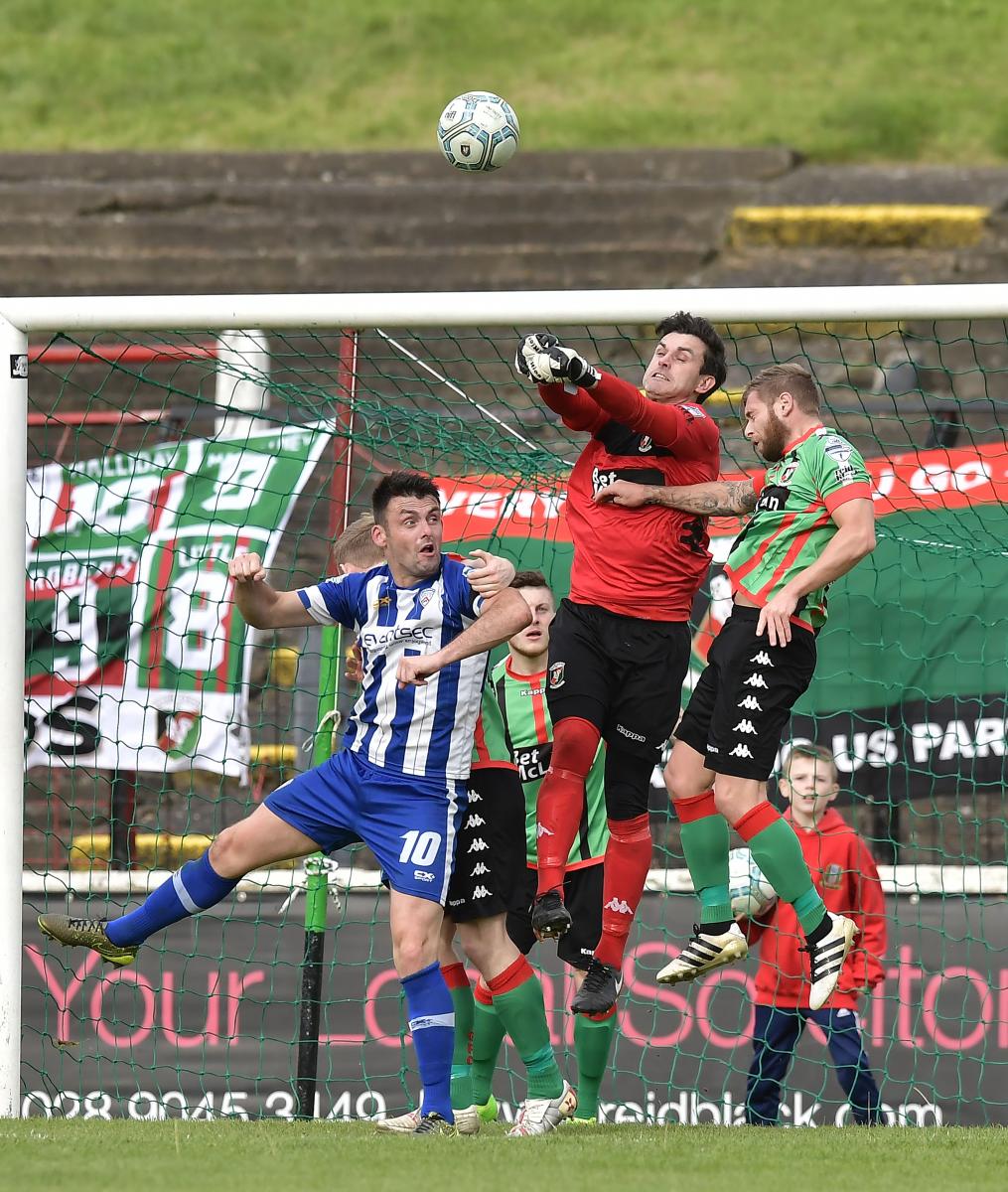 The last minutes were dramatic, with end to end football.  Nathan Kerr superbly headed off the line for the Glens before Curtis Allen won a 95th minute penalty.  John McGuigan stepped up but was unable to convert, his standing foot slipping as he went to hit the penalty, sending the ball high over the bar. 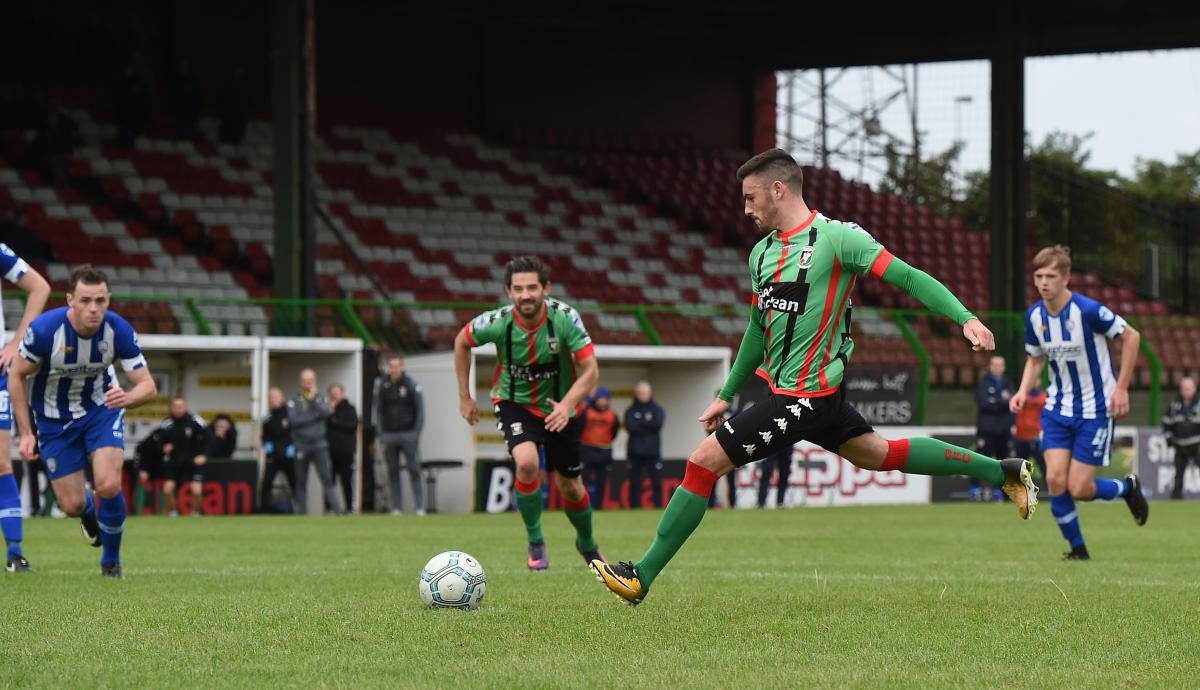 Coleraine drop points for the first time this season, and Glentoran continue their strong start.  With both teams having excellent chances to win the game, a draw will probably be considered a good result by both managers. 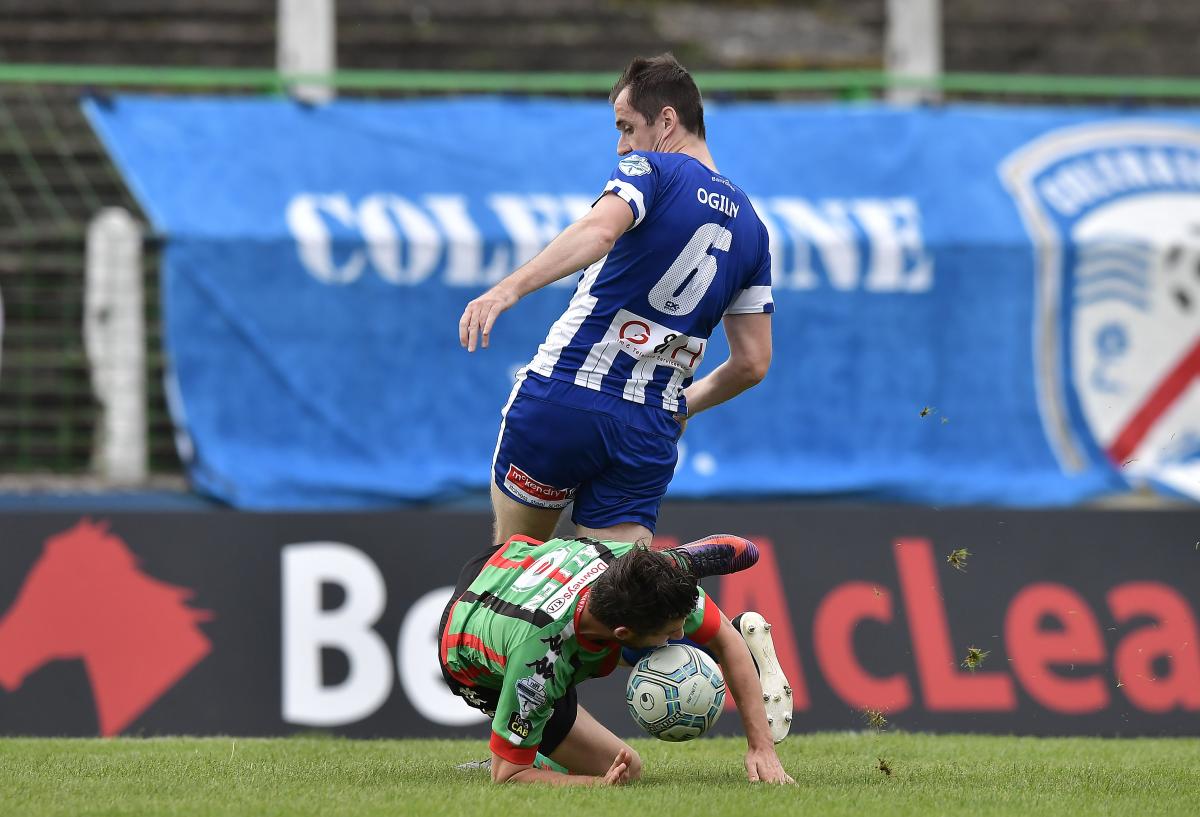