A third successive disappointing Glentoran performance saw them leave the Oval on Saturday with the points shared with Ballymena United.

The last time the Glens prevailed over the Sky Blues was January 2010; that 3-0 victory now a distant memory after Ballymena have returned north victorious eight times in the last eleven encounters at the Oval.

Almost immediately after kick-off, United had a penalty appeal turned down by Colin Burns, before an off-balance Jay Magee shot wide from close range as both sides looked to get an early foothold in the first quarter-hour. With 20 minutes gone David Scullion almost made the breakthrough; his 25-yard curling effort seemingly destined for Dwayne Nelson's top corner - only for the United shot-stopper to acrobatically tip over. Minutes later and in these early end-to-end minutes it was Spike Ferguson's side who almost took the lead; Elliott Morris making a close-range stop from Gary Liggett's tame header. In an otherwise quiet first half, both sides had chances to take the lead and that trend carried on into the second period and on 59 minutes Alan Taggart fired inches past the post as United looked to extend their ominous Oval record. As crosses and through-balls were consistently just out of reach of their intended targets, only a handful of other chances of any real note occured in a scrappy second half; with Tony Kane's sublime lob Ballymena's main opportunity after the interval however Morris was equal to it. 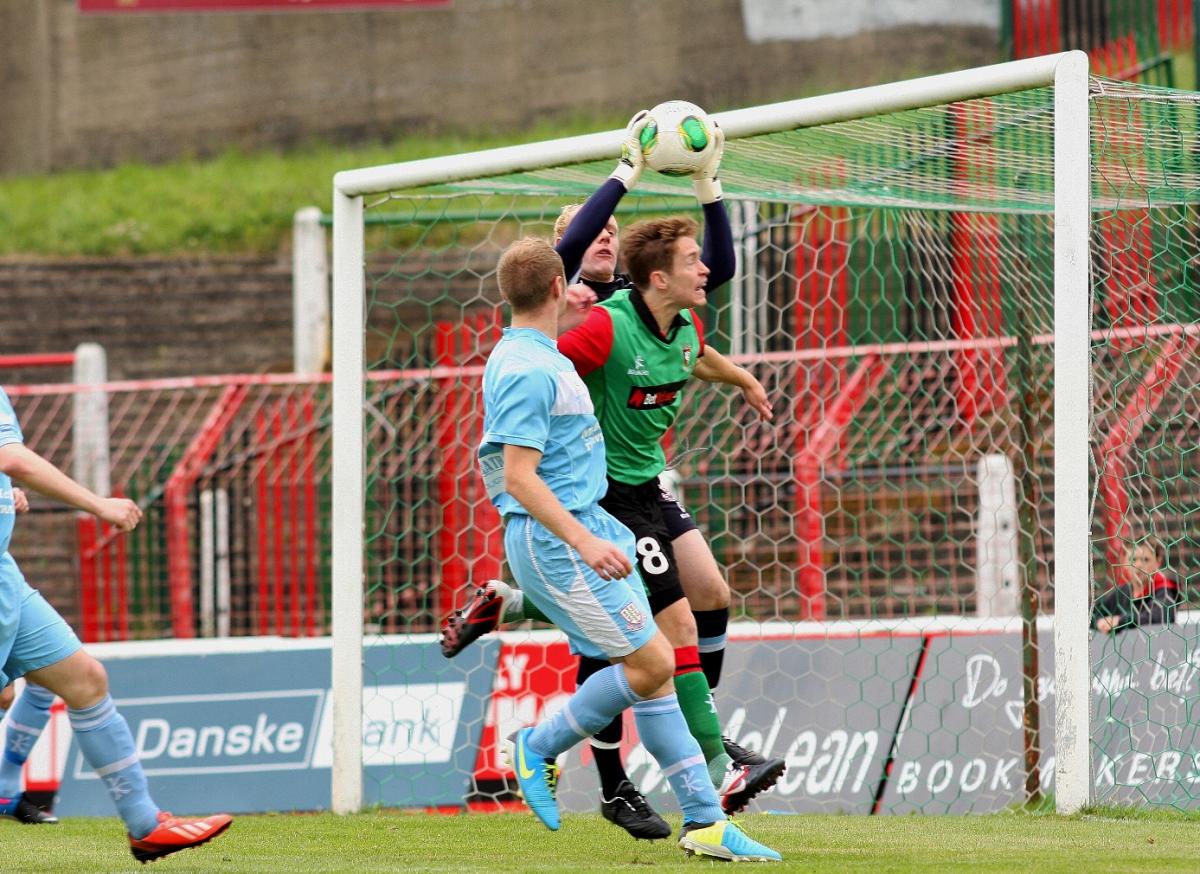 In injury time, Glentoran's day was summed up by a bizarre refereeing decision. Scullion was played in by substitute Richard Clarke and the summer signing from Coleraine slid the ball under the onrushing Nelson. Two Sky Blue shirts managed to prevent a goal but the ball fell kindly to Aaron Boyd who struck it goalwards only for a second stunning block to take place. However, the ball was trapped between Kane's legs, a clear obstruction. However, referee Burns inexplicably pointed for a United free-kick, much to the frustration of all connected with Glentoran. In a game of very few opportunities and half-chances reigned supreme a draw was probably a fair result however Eddie Patterson and his playing staff will undoubtedly point to that late decision as a key moment in the game. Nonetheless a much needed improvement will have to take place as we look forward to Tuesday night and our meeting with Cliftonville in the Co Antrim Shield.