Today's game against Crusaders had far more signficance than just three points at the top of the table. Following a tough week for the club off the pitch following the Jimmy Callacher will he, won't he scenario, the current squad had a massive point to prove- with no better place to do it than the home of the league leaders and unbeaten in 21 games Crusaders. From the start Glentoran played well and rightfully earned a point to take back to East Belfast this evening.

The game was played in horrendous conditions throughout; the wind playing an important role in the first half with the added difficulty of rain in the second. Both sides started slowly, adjusting to the conditions. Crusaders were first to seize control of the game when they put serious pressure on the Glentoran box in a spell of four straight corners. In the wind Chris Morrow was precise with his delivery making life difficult for Elliott Morris. Twice Colin Coates got on in the end of the delivery but Glentoran managed to keep the ball out. 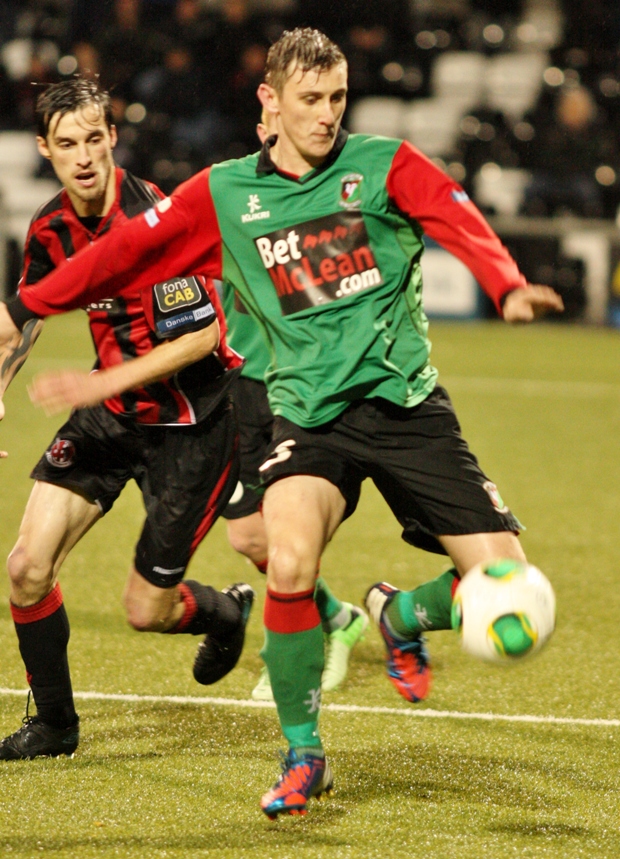 Having weathered Crusaders storm, The Glens set about some play of their own. Mark Miskimmon held the ball well up front with some nice skill before Jason Hill's in-swinging delivery from the wing was well beaten away by Sean O'Neill in the Crusaders goal. Jordan Stewart became more of a threat in the game using some fantastic skills down the wing before crossing to Stephen McAlorum who blazed harmlessly over.

A noteworthy moment in the first half was a poor tackle by Crusaders winger Paul Heatley. Heatley was late and caught Jason Hill who reacted poorly. Both players squared up to each other and were both shown a yellow card. Perhaps considering the bad tackle as well, Heatley may have been fortunate to escape with only yellow. 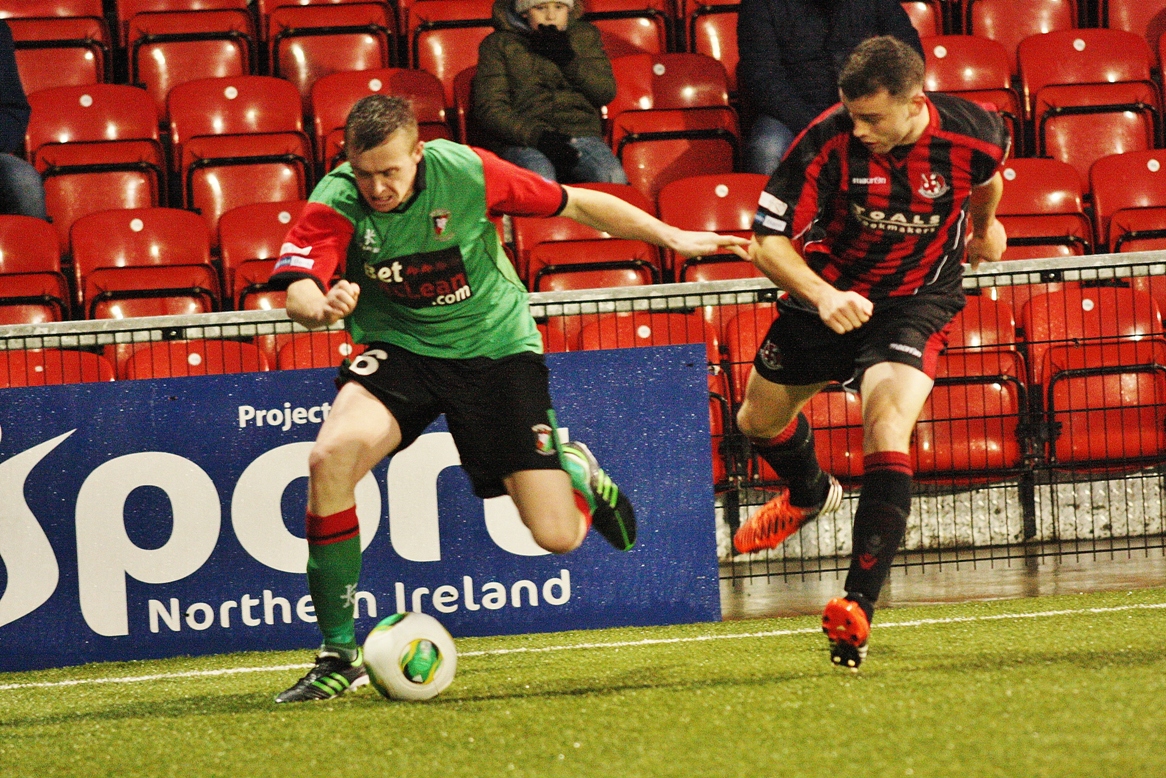 Before the break, Heatley had a fantastic chance to put the Crues in front as he broke clear of the Glentoran defence, but Elliott Morris stood up tall and got a vital hand to the shot keeping the Glens level into the break.

WIth conditions worsening in the second half, the ability for flowing football was becoming less and less and the game became a tough, physical contest. Controversy seemed to be following Heatley as he again escaped a red card when he broke clear of the Glentoran defence, miscontrolled past Morris and embarassingly dived to the ground. By letter of the law the referee should have punished Heatley with a second yellow but much to Glentoran supporters and players frustration he did not.

As the second half wore on the game became more frantic. Both defensives were on top with Paul Leeman showing why he is an all-time great at The Oval unfortunately for Crusaders though. On our side, Jay Magee and Calum Birney were immense too. Birney was forced off with an injury meaning Jonny Addis switched to centre back and notably also performed very strongly. 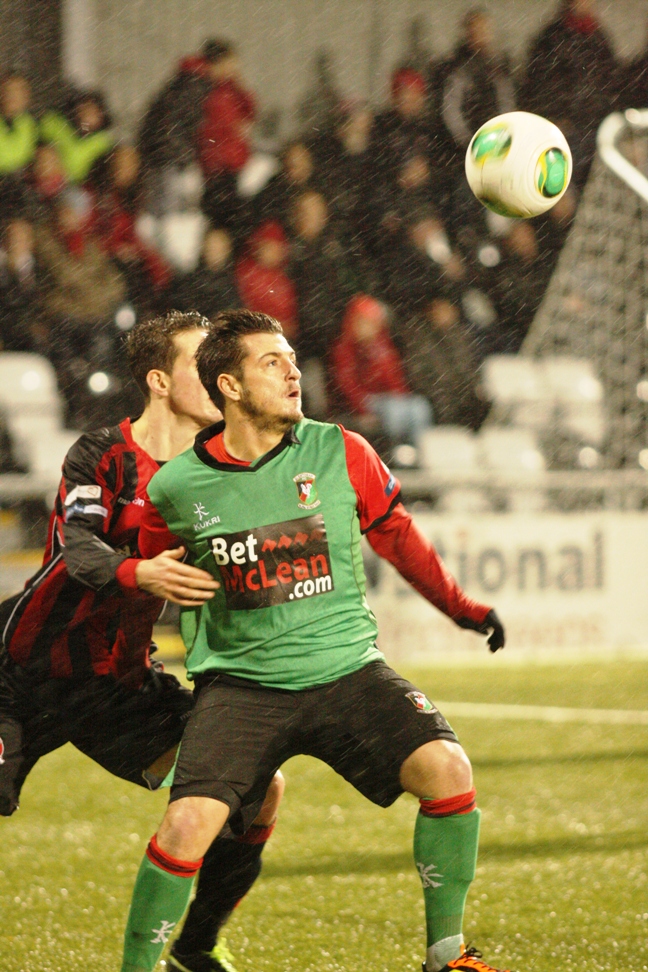 Glentoran were forced into long-range efforts with Richard Clarke firing harmlessly over and Mark Clarke came closer, finding the target from distance but O'Neill saved smartly. Crusaders perhaps had the best chance of the half when Heatley's cross was met by Timmy Adamson whose header was powerful and accurate but Morris anticipated it well and saved reasonably comfortably.

Overall at the final whistle neither side deserved victory but it always seemed a game that one side may have nicked it. It wasn't to be in the end, but a decent result nonetheless for The Glens. Following Linfield's win The Glens have slipped 8 points behind the top and also slipped to 5th overall following Portadown's victory over Coleraine.