Glens pay for poor first half.

Glentoran paid the price for a poor first half performance today, losing 2-1 at Donegal Celtic.

With just 5 minutes on the clock Marcus Kane broke down the left and found Stuart Elliott who won a corner. Stephen Carson’s set piece found Mark Clarke but his header was off target. A 35 yard free kick by DC’s Ciaran Cargan on 8 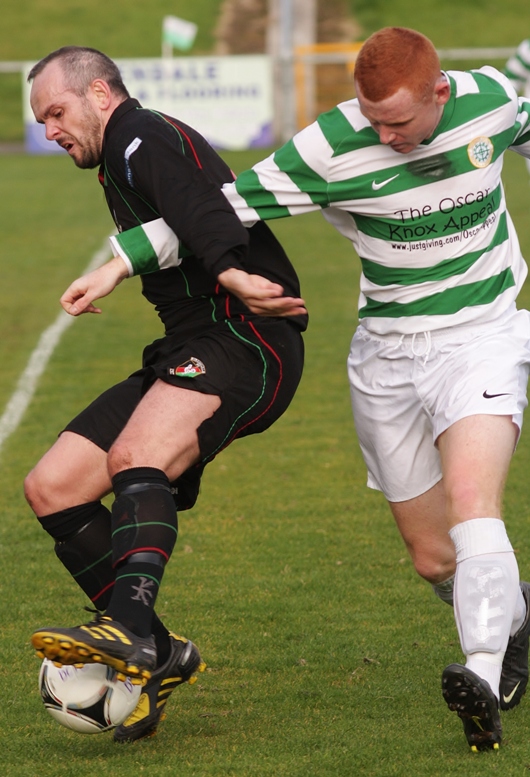 minutes failed to trouble Elliott Morris in the Glentoran goal and 2 minutes later a superb ball across the 6-yard box from Carson eluded everyone. The home side went in front on the quarter hour. Kane failed to keep the ball in play near the corner flag and the resulting throw in wasn’t dealt with by the Glentoran defence, allowing Shane Dolan to poke home from close range. 10 minutes later it should have been 2-nil! Mark Miskimmon broke down the right and played a great ball across the box. Ciaran Cargan got on the end of it but was unable to keep his effort on target. The Glens struggled to create a meaningful chance in the first 45 and were generally restricted to long range efforts by an eager Donegal Celtic side. 10 minutes from the break the home side doubled their lead. A free kick near halfway was hit long towards the Glentoran penalty area. With no defender attacking the ball it fell for Shane Dolan who lifted it over the advancing Morris and into the net. On 37 minutes Sean Cleary wasted another chance for DC, heading wide from a corner. A minute from the interval a Stuart Elliott shot was comfortably dealt with by John Connolly.

It was a much different Glentoran in the second half with Mark Clarke (47) and Sean Ward (49) both going close. Ward’s chance was created by a great cross-field ball from Jimmy Callacher; Ward playing a one-two with Jim O’Hanlon before 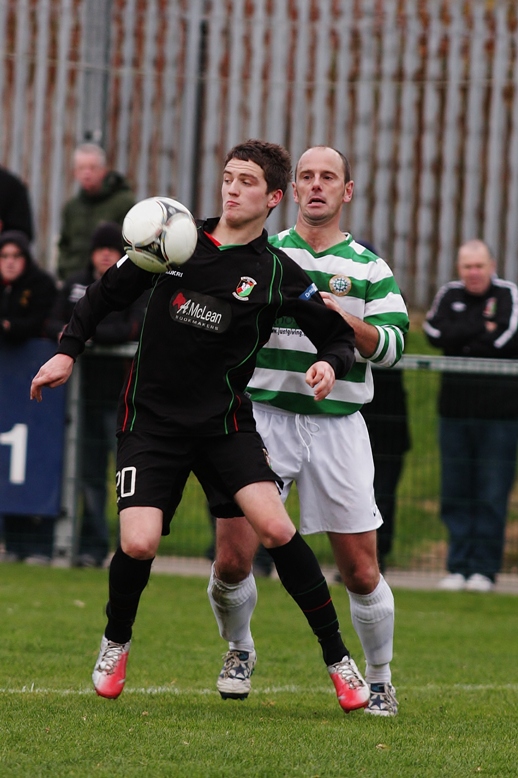 firing across goal. Another excellent cross from Carson found Elliott in the area but his header went wide. The Glens pulled a goal back on 56 minutes. O’Hanlon put Carson clear on the left and his cross to the back post was smashed home by skipper, Sean Ward. A long throw in from Ward (62) found McAlorum in the 6-yard box but his shot was scrambled around the post for a corner. Glentoran continued to dominate with Carson putting cross after cross into the danger zone without anyone converting the chances. 3 minutes from time a Sean Ward header was well saved by Connolly and 2 minutes into added time a through ball set up substitute Martin Murray but again the effort was wide of goal.

All in all a disappointing first half cost Glentoran but DC will be delighted with their first league win since March.