Despite being unbeaten in the Danske Bank Premiership so far this season, Glentoran started nervously against Ballinamallard at Ferney Park and could have gone behind early on. In the opening minute, hesitation from Elliott Morris allowed Andy Crawford to steal the ball from him but the striker failed to find the target. Chris Curran got the better of Marcus Kane in the 3rd minute before going down in the area but referee, Hetherington waved away the penalty claims. 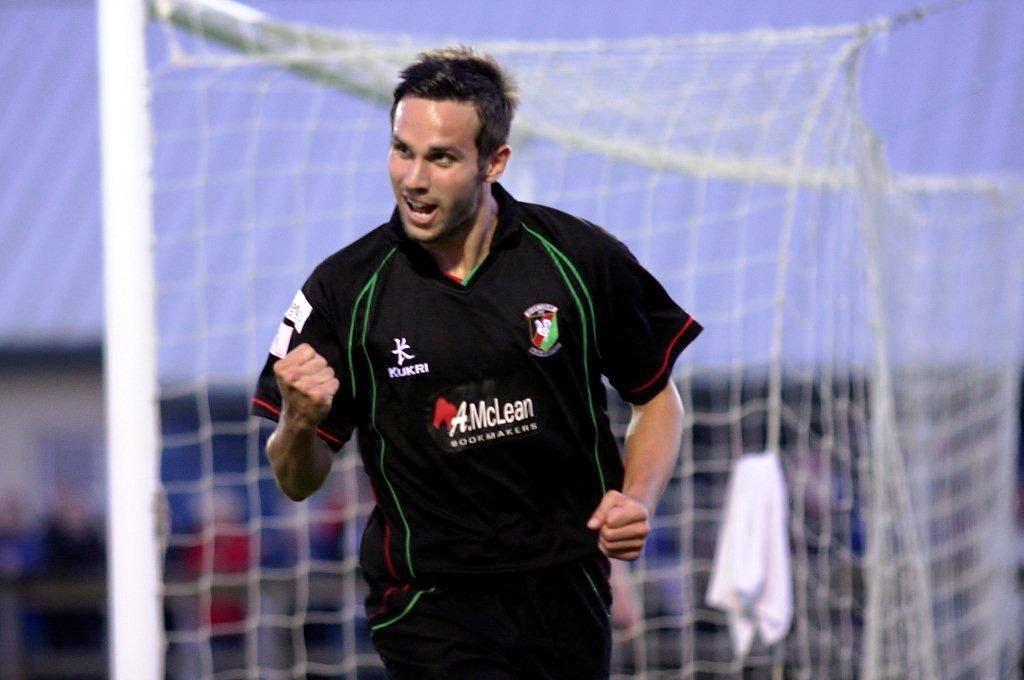 On 16 minutes, against the run of play, Glentoran went in front. From a throw in on the right, Sean Ward found Jim O’Hanlon who slipped the ball through to Andy Waterworth. Waterworth steadied himself before firing the ball low into the bottom left corner of the goal, giving Rouse no chance. Ballinamallard United came straight back though. Andy Crawford picked up the ball, seemingly in an offside position, and broke forward. The referee’s assistant waved play on and as Crawford moved into the penalty area he went down under a challenge from Marcus Kane. Again the home side’s penalty appeals were ignored by the officials. Ballinamallard got a deserved equaliser on 24 minutes. The Glens conceded a free kick in midfield and the ball was hit long into the box. Morris started to come for it but changed his mind and was stranded when Mark Stafford got his head on it to make it 1-all. On the half hour mark there was another lucky escape for the Glens. A cross from the right was headed out by Jay Magee but it hit Calum Birney and rebounded onto the crossbar; Elliott Morris then turned it over for a corner. From the set piece Stafford should have given United the lead but his unchallenged header was off target. On 35 minutes a Ballinamallard free kick deflected off Sean Ward’s head and went narrowly over the bar. A minute later a poor clearance from Morris was picked up by a United player who fired it into the danger area. Leon Carters met it but his header went just wide. 3 minutes from the break Magee almost put the Glens in front when he got on the end of a corner from Stephen Carson but Alvin Rouse saved well.

Both sides had chances early in the second half. Andy Crawford broke clear on 46 minutes but Elliott Morris was quickly out to clear the danger. Waterworth played Jimmy Callacher in on 47 minutes and he went down in the area but again referee Hetherington waved away claims for a spot kick. Calum Birney cleared from Chris Curran (49) before Glentoran finally got back in front on 54 minutes. Sean Ward was fouled on the right and Stephen Carson’s free kick found the head of Calum Birney. The ball broke to Jay Magee who buried the chance from 12 yards. 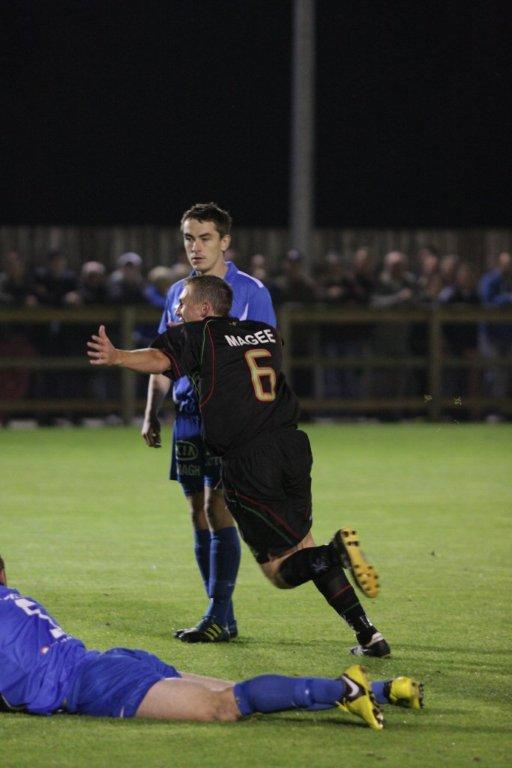 Birney nearly got on the score sheet himself but his header from Carson’s corner was just off target. Richard Clarke replaced Mark Clarke (ankle injury) on 67 minutes as Glentoran began to dominate. Great inter-play between Carson and Waterworth resulted in Waterworth driving the ball across goal; a great defensive clearance denying the in-rushing Richard Clarke. On 75 minutes the Glens netted a third. On the break some fantastic football involving Clarke, Carson and Waterworth eventually saw Carson go to the by-line before cutting the ball back to substitute Martin Murray who made no mistake from 6 yards. It was a great team goal and a first of the season for Murray who had been on the field for just 2 minutes. On 81 minutes a superb cross-field ball from Richard Clarke found Murray. He played the ball down the line for Sean Ward and his cross was turned into his own goal by Leon Carters. Ward nearly grabbed a goal himself (83) but his left foot drive from the edge of the area was turned round the post by Rouse. Elliott Morris denied Crawford on 86 minutes and then 2 minutes from time another Stephen Carson corner found Calum Birney. Birney slipped the ball to his centre-back partner, Jay Magee but this time the big defender blazed his shot over the bar. 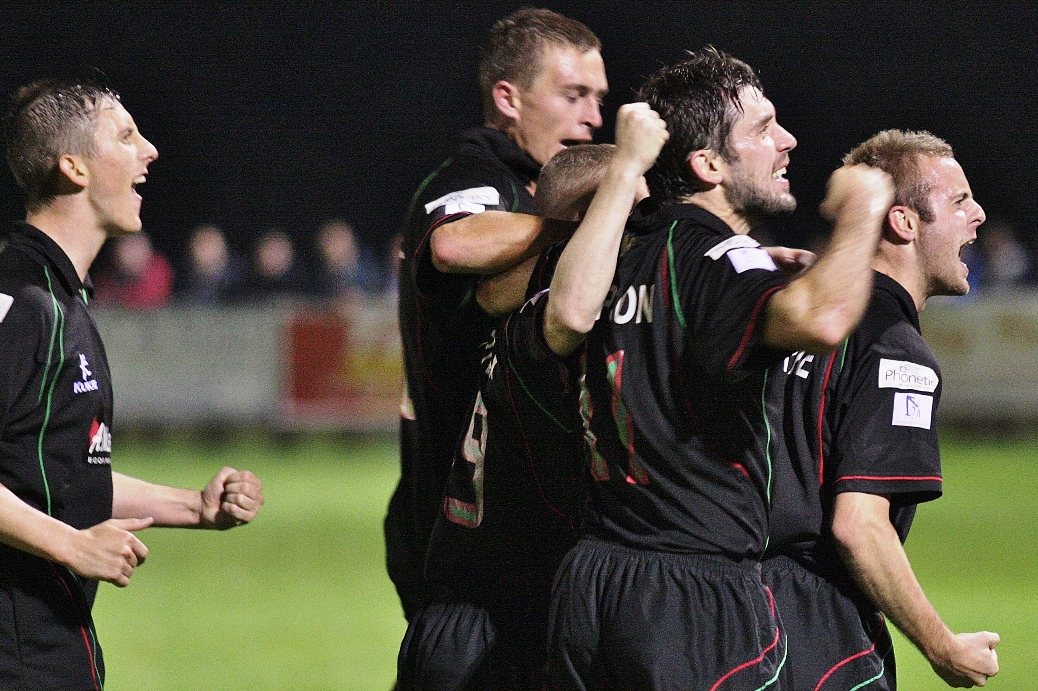 A great second half performance from the Glens in front of a crowd of around 1000, including a great travelling support and manager Eddie Patterson will be looking for more of the same when we travel to Dungannon Swifts on Saturday.