Glens defeated by Carrick at Oval

Glentoran were looking to bounce back from a disappointing 2-0 defeat by Cliftonville at Solitude on Wednesday night. Carrick Rangers visited The Oval having lost their two opening NIFL Premiership games so far and having not won against Glentoran since 1993 in any league game. Team news for Glentoran brought a bit of buzz back from Wednesday's disappointment as summer signing Nacho Novo was handed his first start as a Glentoran player alongside Curtis Allen up front. Marcus Kane having gone off injured at half time on Wednesday failed to regain fitness in time for the game so he was replaced by James Ferrin. Aaron Harmon also was ruled out through injury and was replaced by Kym Nelson making his first league start of 2016 following a severe injury which kept him out for most of last term. 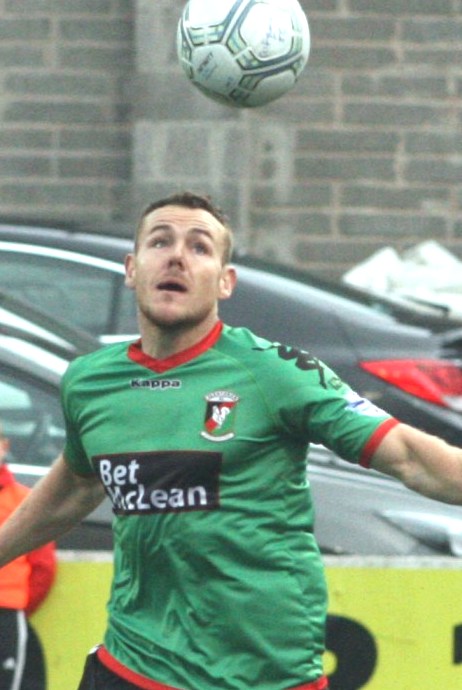 Glentoran started the brighter side with Nacho Novo central to Glentoran's early play. He was finding space in between Carrick's midfield and defence and trying to link with strike partner Curtis Allen. Kym Nelson also started brightly running beyond his forwards into space on a number of occasions. Nacho Novo had the first real opportunity of the game when he took down a long ball from James Ferrin but when trying to cut back inside to shoot he miscontrolled and lost possession.

Miguel Chines then had a golden opportunity to give Carrick the lead after breaking through Glentoran's defence. On his left side he tried to lift the ball over the oncoming Morris but his effort was too high and sailed harmlessly over the bar.

Glentoran continued to be the dominant side but chances were few and far between. Curtis Allen got Glentoran's first shot on target after a good piece of play with Novo again. His shot was low from just outside the box and saved comfortably by Brian Neeson in the Carrick goal. Allen did have the ball in the net soon after, however he was ruled offside after the ball fell to him in the box.

Chines then made up for his earlier miss by grabbing the opening goal on the 31st minute. Once again Carrick broke through Glentoran's defence too easily when a long ball over the top found Brian McCaul. McCaul ran through to Elliott Morris before squaring at the last minute to Chines who finished simply into the empty net despite James Ferrin's best last ditch efforts.

Glentoran did offer one other chance before the break as Novo found Aaron Smyth with an excellent ball who crossed to the edge of the area for Eric Foley who dragged his shot harmlessly wide. For Glentoran it was just two shots in the first half, only one of which found the target. 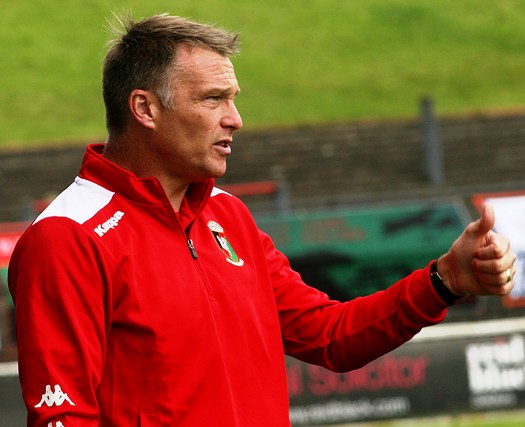 The second half saw an increase in Glentoran's tempo but the quality in the final third continued to be lacking. Carrick by this point were more than happy to defend their lead so Glentoran were allowed to play with the ball. Ross Redman started to get more involved in the game continuing his good form from the opening two games and crossed excellently into the box for Aaron Smyth at back post. Smyth's cross-shot volley however fell to Kym Nelson who couldn't control his shot at an awkward height, flying harmlessly over the bar.

Possibly Glentoran's best chance of the game so far came as the game reached the final half hour when Kym Nelson crossed brilliantly to Nacho Novo who burst for the front post. The ball stuck Novo's leg as he reached for the ball but could only deflect it narrowly wide. Novo again went close when his shot from the edge of the box deflected over Neeson's bar but not without the goalkeeper scrambling. Glentoran's second half play was summed up when Eric Foley lined up a free kick in a very promising position but struck horribly high and wide.

Glentoran's attacking threat subsided as the still not fit Novo was replaced with 20 minutes to go but Curtis Allen was still to squander Glentoran's best opportunity. Allen got on the end of a long Caldwell ball over the Carrick defence and burst through on goal. Despite being odds on to score, Neeson got down well and stopped Allen's shot, leaving Glentoran's top scorer from last season visibly frustrated.

The game ended with a couple of comical moments from Glentoran goalkeeper Elliott Morris. Firstly Morris almost scored from the half way line when his long ball sailed over everyone's head. Neeson was aware and tipped the ball onto the bar, sparing his blushes and a historic goal for the Glentoran keeper. Morris then made a catastrophic error, passing the ball straight out to the Carrick attack who tried to round him in the box. Thankfully Morris stood up strong and prevented Carrick's second goal. The game ended though in a disappointing 1-0 defeat and its just three points from the opening three games for the Glens.