A poor second half performance from Glentoran saw them slump to their first defeat of the season as Stephen Baxter's Crusaders side romped to a 3-0 victory.

However it was the home side who fashioned the first chance after just two minutes when Stephen McAlorum played Johnny Addis through on goal however his finish lacked direction and Sean O'Neill saved easily. Crusaders almost hit back six minutes later as Paul Heatley drew a smart stop from Elliott Morris in the Glentoran goal.

On a slippery surface with the rain lashing down, passes and first touches were - consistently throughout the entire game - abysmal. The adverse conditions seemed to suit the home side though, as a period of pressure involving several long range shots and all-round good play ensued; Jimmy Callacher firing two efforts from distance and Richard Clarke's free-kick all merely registering as 'shots on goal'. Then, against the run of play, Crusaders took the lead on 29 minutes. A set-piece was swung temptingly into the Glens' box and an unmarked Colin Coates powered into an empty net with Morris caught in no-mans-land. 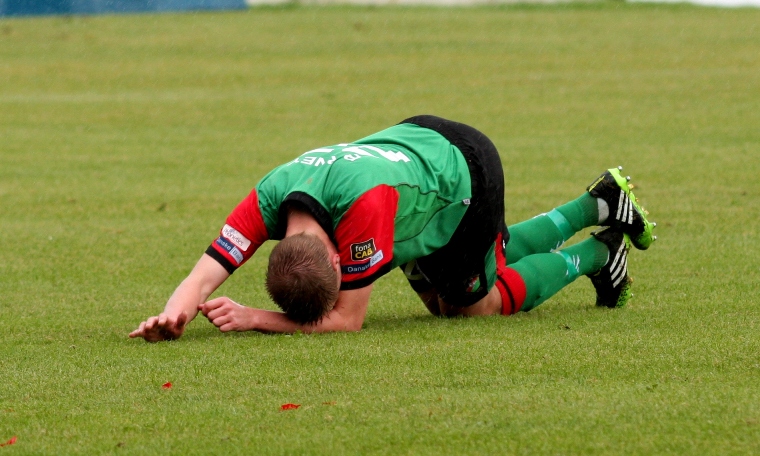 This seemed to spark the home side into life however and the dangerous Marcus Kane lofted a delightful cross to the back post on 33 minutes but David Howland's headed effort bounced agonisingly wide under pressure from the solid Coates and Magowan. A break in play followed two minutes later, as young defender Calum Birney was stretchered off with nobody around him; a sign that no fan wanted to see and the two sets of supporters enthusiastically applauded Birney off of the pitch.

On 38 minutes the Glens could have and possibly should have equalised as David Scullion latched onto McAlorum's through ball only to fire wide from an increasingly tight angle, before minutes later failing to make contact with the ball from close range minutes later when he should've levelled the tie. Two minutes later and Crusaders again had the ball in Elliott Morris' net only for the assistant referee to cut celebrations short in the away end by raising his flag for offside; much to the home support's relief.

As the clock ticked towards half-time, the home fans were left furious as referee Mark Courtney refused to award a penalty as Addis was brought down, before the same player almost finished a lovely flowing move with a glancing header that flew inches over the crossbar.

After a relatively good first 45 minutes, the expectant home support were hoping for a big performance in the second half as we looked to cement our status as league leaders. Unfortunately for all those routing for the red, green and black - that performance never came and the home fans were subjected to a dreadful showing that Baxter's side took full advantage of.

With 56 minutes played, the away side doubled their lead with a frighteningly similar goal to their first. Chris Morrow whipped a threatening ball in and, just as in the first half, an unmarked Colin Coates powered past Elliott Morris. Sloppy play from the home side followed as the greasy pitch saw touches and passes go astray across all areas of the team and Jordan Owen's grabbed his side's third of the game on 62 minutes to secure all three points for the Seaview side; suspicions of offside were waved away and the big striker guided a precise finish that nestled into the bottom corner. 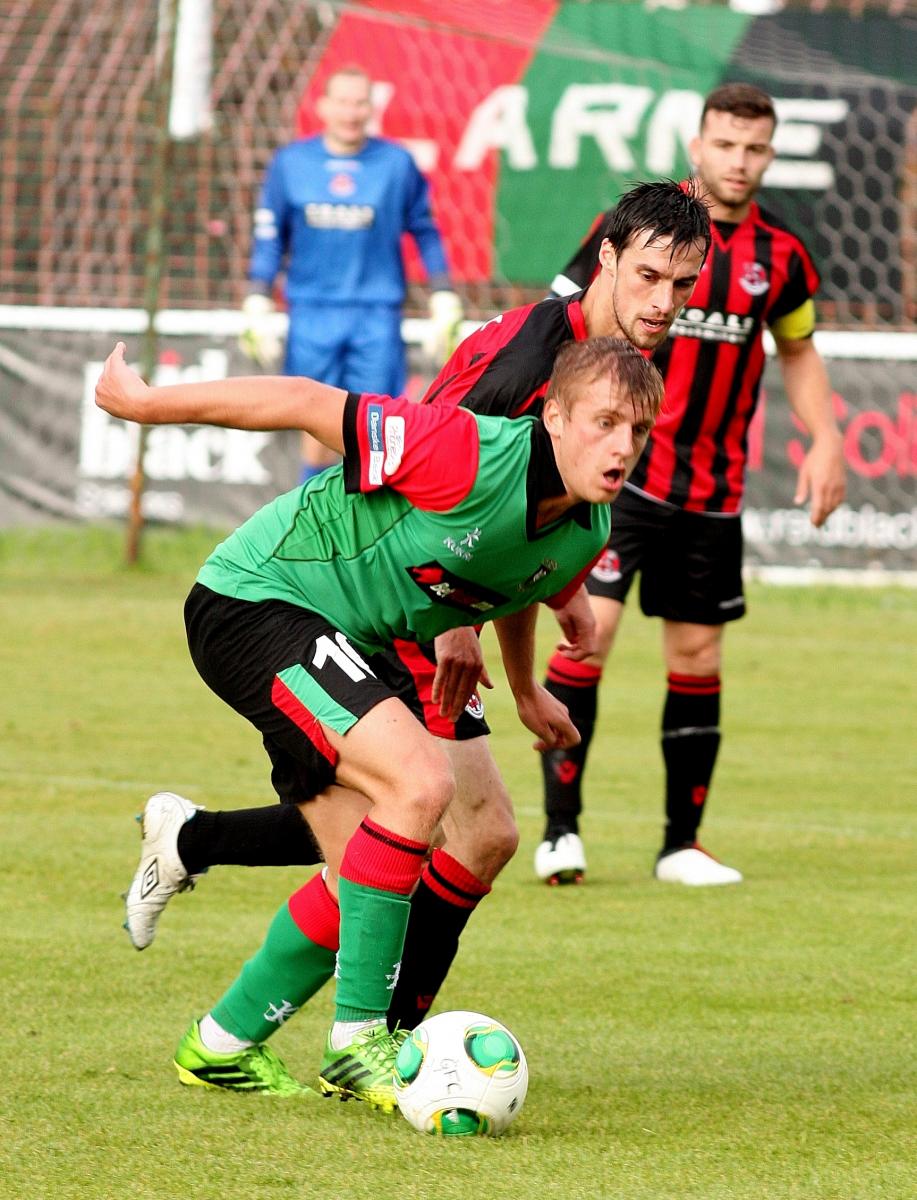 Aaron Boyd replaced David Scullion for his Glentoran debut soon after in an effort to spark an unlikely comeback, but by now the away team smelt blood and were looking to rub salt in the wounds as on 65 minutes the Crues supporters were cheering again as Elliott Morris brought down Matthew Snoddy and Courtney pointed for a spot-kick. However, further embarrassment was avoided as Morris saved Coates' effort brilliantly low to his left, before another Crusaders goal was ruled out for offside on 70 minutes. With fifteen minutes left the Hatchetmen almost added their fourth when Snoddy danced past Morris before skewing his effort into the side netting.

That proved to be the last action of the game, and Glentoran's unbeaten record had been shattered after a shocking second half performance and a major improvement will be needed for next weekend as we travel to Solitude to face table-topping and current Champions Cliftonville.