Glentoran saved what was by far their best performance of the season for the most important match to date in tonight’s Europa League Playoff Semi Final at Mourneview Park. No one can say this convincing win wasn’t deserved as the Glens started a high tempo attacking game and maintained it throughout, to set up a third Playoff Final visit to Solitude in four seasons.

We started the game with just one change from our final league match with Institute. With Elliott Morris not fully recovered from the injury he received that day, Dwayne Nelson started in goal for the first time since early March.

In a very fast, end to end first 15 minutes the only real chance for either team came when Glenavon’s dangerous Stephen Murray headed wide from a Josh Daniels cross. Our own best chance in the early stages came when a brilliant turn and shot from Cricky Gallagher was deflected wide by a Glenavon defender. At this stage the match was pretty even as two hard working teams matched each other at both ends of the pitch.

The breakthrough came on 28 minutes when John Herron sent Gallagher away with a clever pass. After a surging run forward, Cricky found Curtis Allen on the right wing, Curtis’ inch perfect left foot cross was powerfully glanced past Glenavon keeper Tuffey by the waiting Darren Murray to give the Glens the lead.

The Glens worked hard to add to their lead with good efforts by Robbie McDaid and Willie Garrett while Glenavon came close through a Murray shot and an Andrew Mitchell free kick just over the bar. The Glenavon equaliser came right on the stroke of half time and somewhat against the run of play when, after a corner seemed to be cleared, defender Caolan Marron hit a hard low shot that deceived the packed defence to go in past the diving Nelson. Half Time: Glenavon 1-1 Glentoran.

We retook the lead two minutes after the break when Gavin Peers rose to head down a long free kick from Marcus Kane (playing his 250th game for the club tonight). The waiting Curtis Allen chested the ball down and hit an unstoppable left foot shot into the top corner. 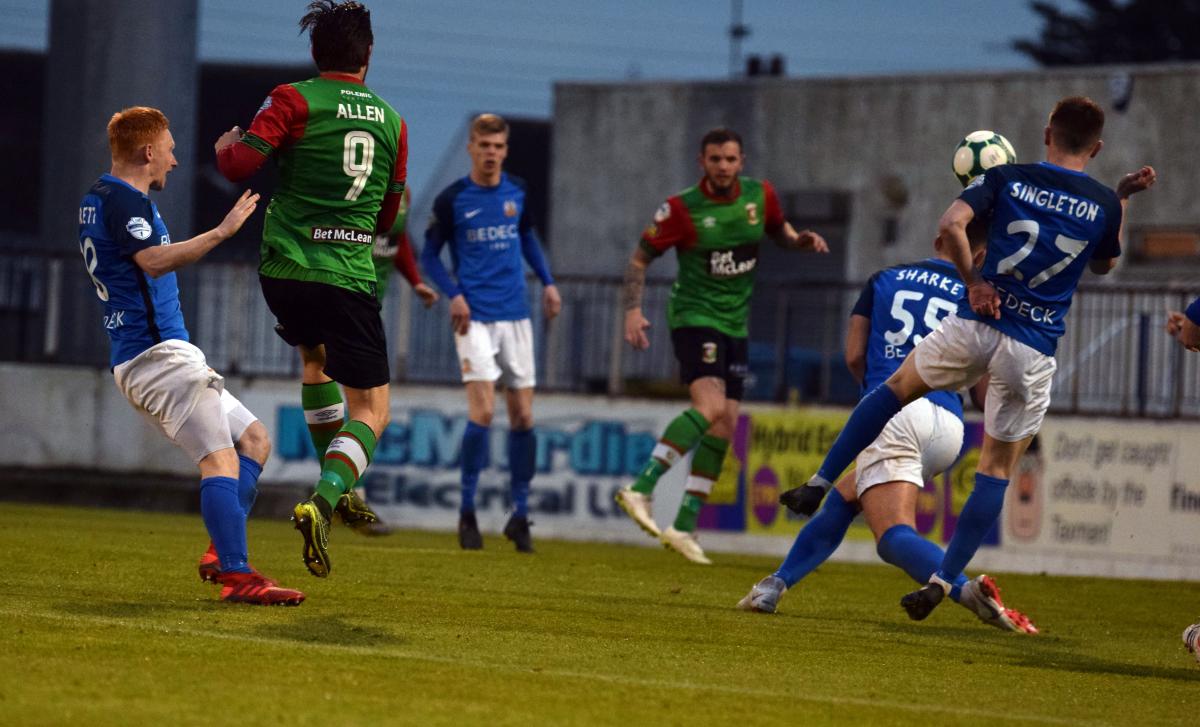 That lead lasted just 5 minutes. Darren Peers brought down Steven Murray outside the Glens box and received a yellow card. Glenavon players appealed for a red but the referee evidently saw that Nathan Kerr had been goal side of Murray when the incident occurred. Andrew Mitchell hit the resultant free kick brilliantly into the top corner of the Glens’ net. 2-2.

If Glens supporters started to feel a bit nervy at this point it didn’t last as one minute later a Robbie Garrett back pass was cleverly intercepted by the very sharp Robbie McDaid who rounded the keeper and put Glentoran back into the lead.

Ten minutes later it looked like we had extended our lead as Gavin Peers bundled home from a free kick. But this was disallowed for an apparent foul on the keeper by Curtis Allen.

Glenavon Manager Gary Hamilton brought himself on after 74 minutes, a tactic that has worked so often against us, But this time it was to no avail as a minute later Darren Murray latched onto a long, low pass by Curtis Allen, turned a defender, outpaced another to deftly lob over the onrushing Tuffey. This time there was no way back for Glenavon, 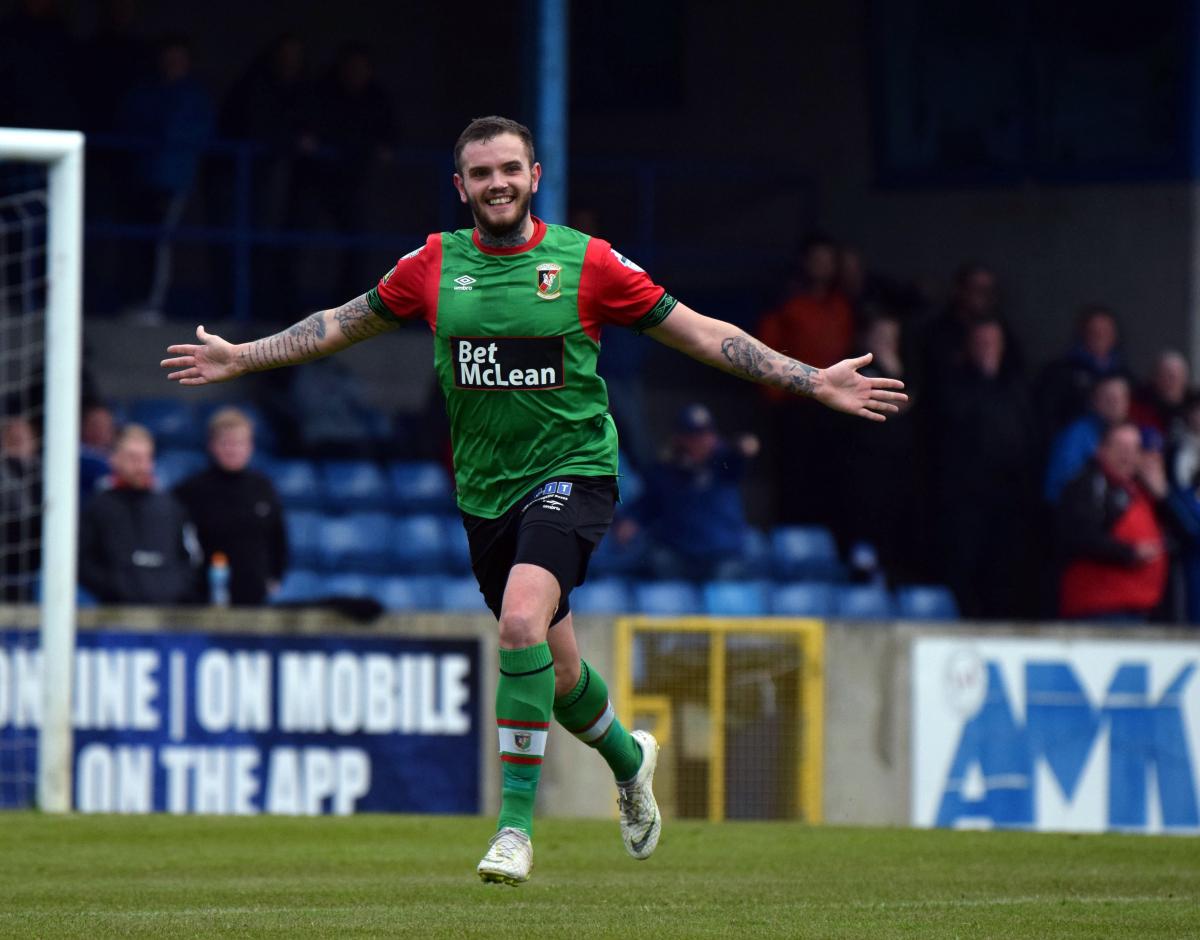 Overall this was a great, energetic and attractive performance by the Glens who showed incredible spirit to twice fight back from losing the lead. They will be going to Solitude with a lot of confidence on Saturday evening. 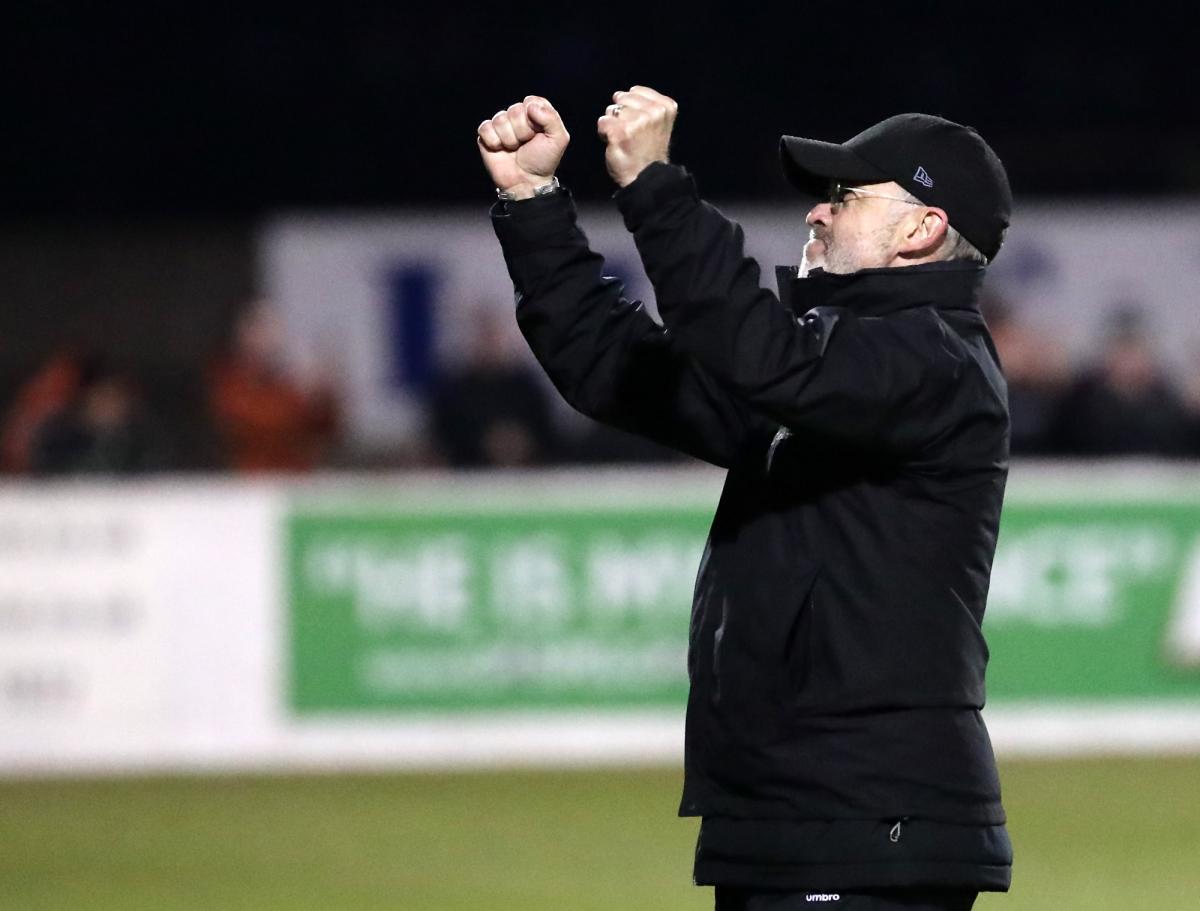