Glentoran came away from Mourneview Park with all three points this afternoon thanks to goals from David Howland and David Scullion.  Manager Eddie Patterson gave debuts to right back Ryan O’Neill and striker Johnny Addis while Calum Birney came in at centre back in place of the injured Jay Magee.

There were few chances early on but the Glens set about their task on an excellent Mourneview Park surface looking to play the sort of football that the manager has been striving for throughout his tenure. Addis had a shot easily dealt with by Glenavon goalkeeper Andy Coleman on twelve minutes but came much closer seven minutes later when his header from a David Scullion cross had to be clawed away for a corner when it looked to be heading for the roof of the net.  Soon afterwards the Glens took the lead; a right wing corner was partially cleared to Birney who hooked the ball back into the mix where Coleman made a mess of his attempted punch.  The ball fell nicely for David Howland who had time to pick his spot and he volleyed the ball home to put the visitors in front.

With thirty three minutes gone Addis put another header just wide from a great Marcus Kane cross but the Glens, while continuing to play some neat football, were finding chances hard to come by.  The Glenavon strikers had even less to seize upon and the only threat to Elliott Morris’s goal came when Jimmy Callacher superbly blocked a Kris Lindsay effort from twelve yards. 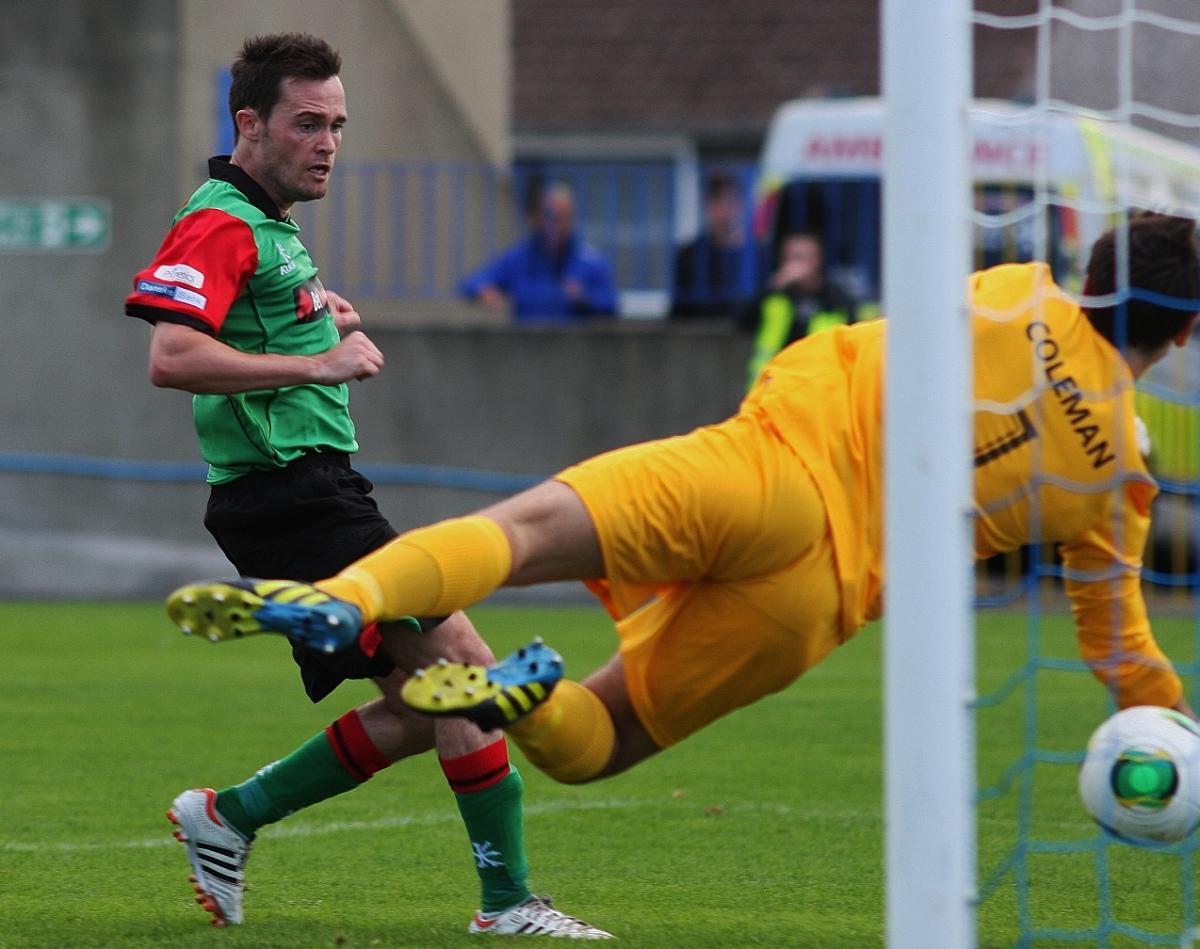 Eleven minutes after the break the Glens looked to have made the game safe.  Fantastic work on the right from the impressive Stephen McAlorum saw him break free of the Glenavon defence on the bye line.  Rather than send in a speculative cross he bided his time to pick out David Scullion with a low ball in and the winger had the easy task of finishing at the far post.  This goal seemed to spark Glenavon into life and for the first time in the match they started to exert some pressure.  On sixty three minutes Andrew McGrory, the home side’s most impressive performer on the day, sent a cross from the right to Mark Farren at the far post but his header was comfortably beaten away by Elliott Morris.

Despite the pressure Glenavon were failing to create any clear cut chances but eventually pulled a goal back after seventy seven minutes.  Player manager Gary Hamilton, on as a substitute, swung in a corner from the left which evaded Morris and the Glentoran defenders and the ball was bundled in at the far post by McGrory.  Five minutes later the Glens almost restored their two goal advantage when Jordan Hughes, just on as a substitute, was put clean through on Coleman.  He picked his spot and sent a low effort past the ‘keeper but the ball rebounded off the post.  Glenavon continued to try to press and veteran strikers Hamilton and David Rainey had late efforts blocked, but they generally resorted to high balls which were comfortably dealt with by centre backs Birney and Callacher.  There was an interesting late cameo from Glens substitute Jordan Stewart who almost capped his debut with a goal, turning sharply in the box and getting in a shot which was beaten away by Coleman. 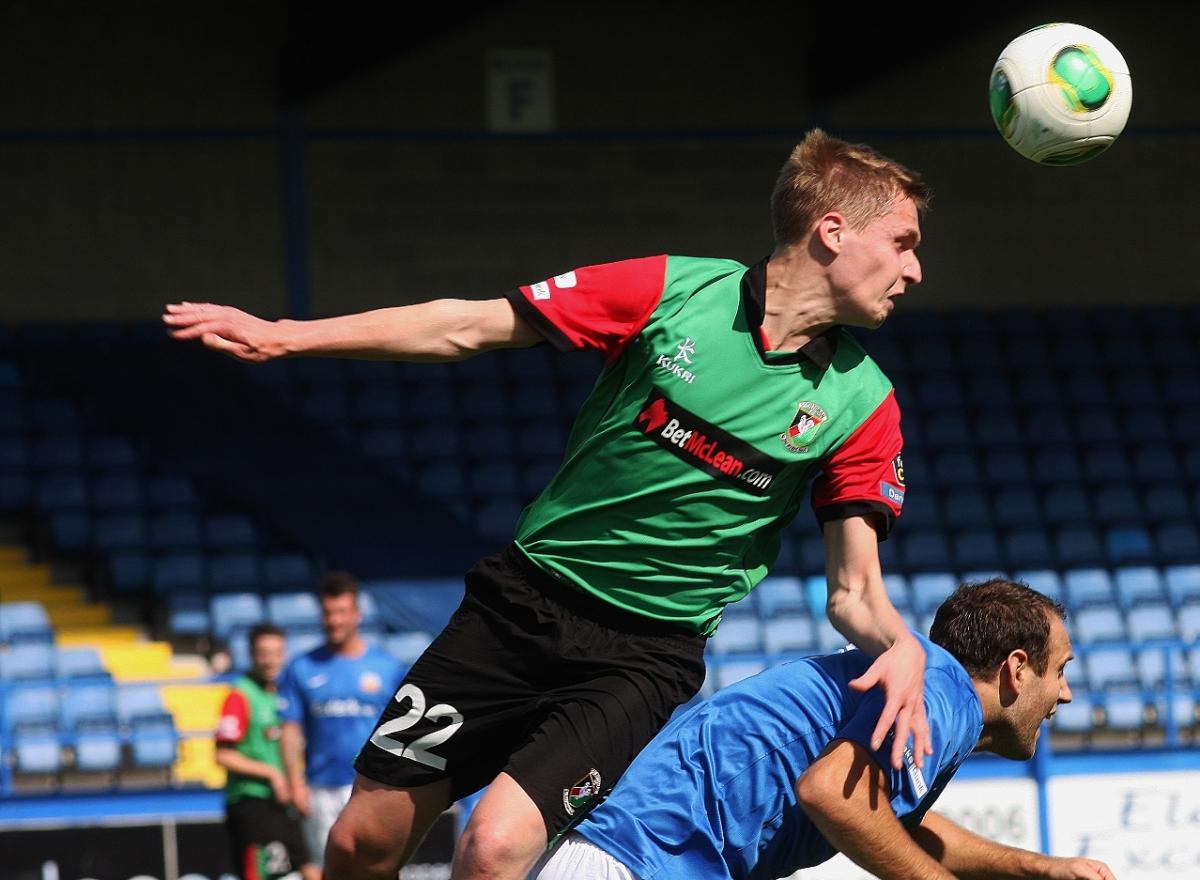 The visitors saw out the game in relative comfort, despite a bit of nervousness amongst the supporters, and the three points sees us lying in third spot in the Premiership before the visit of Ballinamallard United to the Oval next Saturday.