Glentoran lifted the NI Hospice Charity Shield on Saturday at Solitude after a timid affair was won by a fantastic moment of brilliance from Jordan Stewart. Eddie Patterson, on holiday in Portugal, was not in the dugout so Tiernan Lynch stepped up as manager for the day. The Glens, who most recently defeated Donegal Celtic 2-1 on Tuesday night, named a strong line-up despite players such as Barry Holland, Conor McMenamin and David Howland unavailable for a variety of reasons. Willie Garrett filled in at right back whilst Steven McCullough and Marcus Kane occupied the left flank, with Danny McKee playing up-front on his own.

Just three minutes in and the Gibson Cup holders threatened Elliott Morris' in the Glentoran goal as Matthew Snoddy fired an effort inches wide of the upright, before Richard Clarke looked destined to score five minutes later - only for Calum Birney to make a brilliant tackle just as the former Glens midfielder was going to pull the trigger. McKee, who put in an industrious performance all game and never stopped running, was first to threaten for the Irish Cup champions but his long range curler was comfortably held by Sean O'Neill.

The first real opportunity for either side came after 22 minutes as Snoddy raced on to a long ball and flicked his header beyond the reach of Elliott Morris but, just as the Crues fans started to celebrate Kane got back to clear just in time. It was all Crusaders at this time and soon after Gavin Whyte rattled the crossbar from 25-yards with a thunderous strike that Morris' could only watch. However, against the run of play Glentoran got a penalty as Stevie Gordon was brought down by Declan Caddell in the penalty box. It was the correct decision but unfortunately for the east Belfast side Jay Magee sent the spot-kick well wide of the goal.

After a fairly dull forty minutes a couple of great chances came just before the half-time whistle. First, Jordan Owens saw his towering header saved well by a full-stretch Morris, before O'Neill made an equally impressive stop at the other end after McCullough had found a pocket of space and his snapshot brought the best out of the Crusaders' shot-stopper. 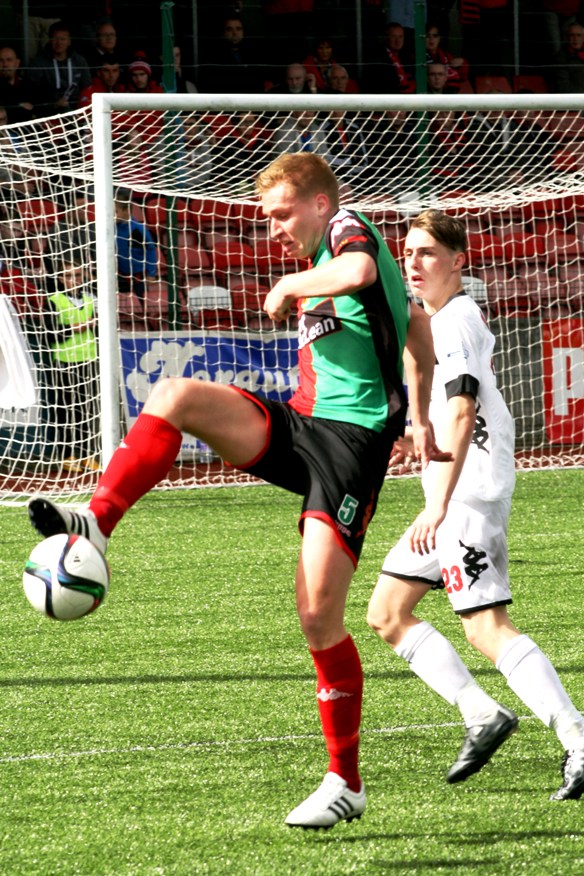 Crusaders were arguably the better team in the opening half and the trend continued after the break as first Diarmuid O'Carroll directed his header straight at Morris when he should have done much better, and then Gavin Whyte cut inside and curled another shot inches wide of the far post. The Glens were under increasing pressure, and Crusaders came very close to breaking the deadlock after 54 minutes when a corner fell to Billy-Joe Burns. The ex-Linfield defender saw his shot blocked but Whyte followed up and smashed the rebound against the post with Morris wrong-footed.

The Glens had considerable firepower on the bench and both Curtis Allen and Jordan Stewart were introduced with over half an hour left on the clock. This change would prove to turn the tide in Glentoran's favour as, with twenty minutes left, they took the lead. A passage of play lead to Kane winning a header against Owens in the middle of the park and the ball fell right to Stewart. The diminutive winger drove forward and, despite Allen screaming for the ball and what would've been a tap-in, Stewart decided to rifle the ball into the top corner giving O'Neill absolutely no chance.

With just eight minutes left the Crues had a shout for handball off Calum Birney following a scramble in the box but the referee waved their protests away. Gordon could've made the game safe however the midfielder's header from a free-kick was gathered easily by O'Neill, and the offside flag twice prevented a one-on-one for the pacey McKee - with the second decision particularly questionable.

The Glens held on though for a good result against last year's league champions. Indeed it is another trophy and set of winners' medals for the young squad; two Irish Cups and now this Charity Shield not a bad return at all since Eddie Patterson replaced Scott Young at the helm three and a half years ago. But, it is now important that the squad builds on those successes and pushes on in the Danske Bank Premiership which, of course, starts next Saturday (8th August) with a tricky away day to the Coleraine Showgrounds, kick off 3pm. 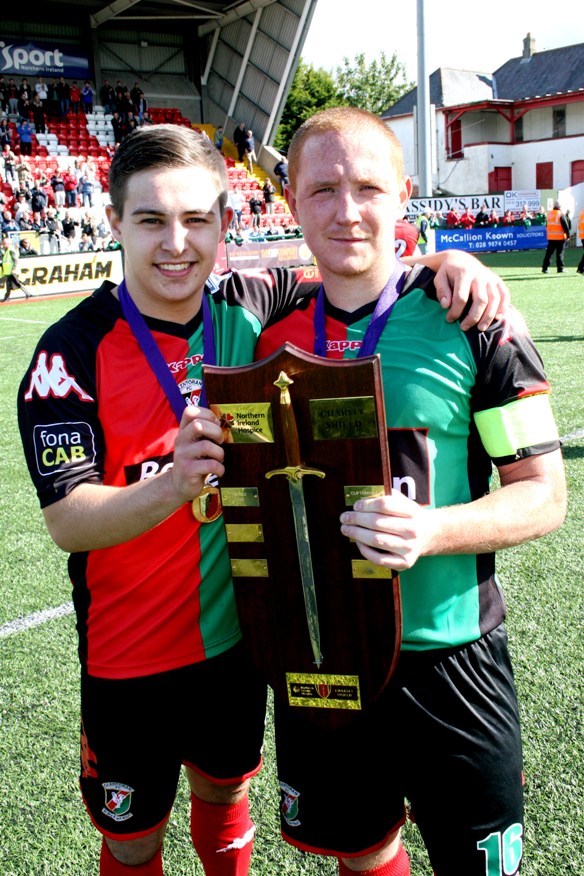 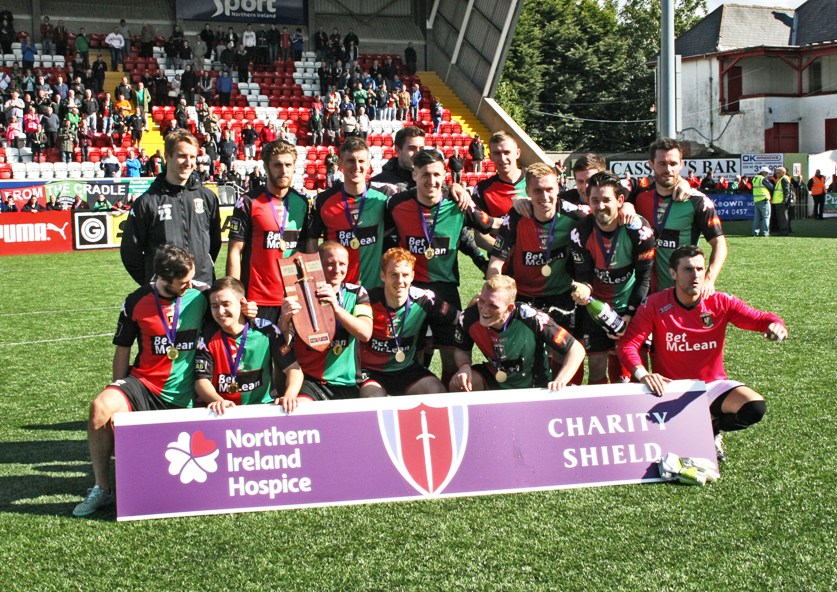