Glentoran made it five games without a win following another poor performance at the Coleraine Showgrounds. 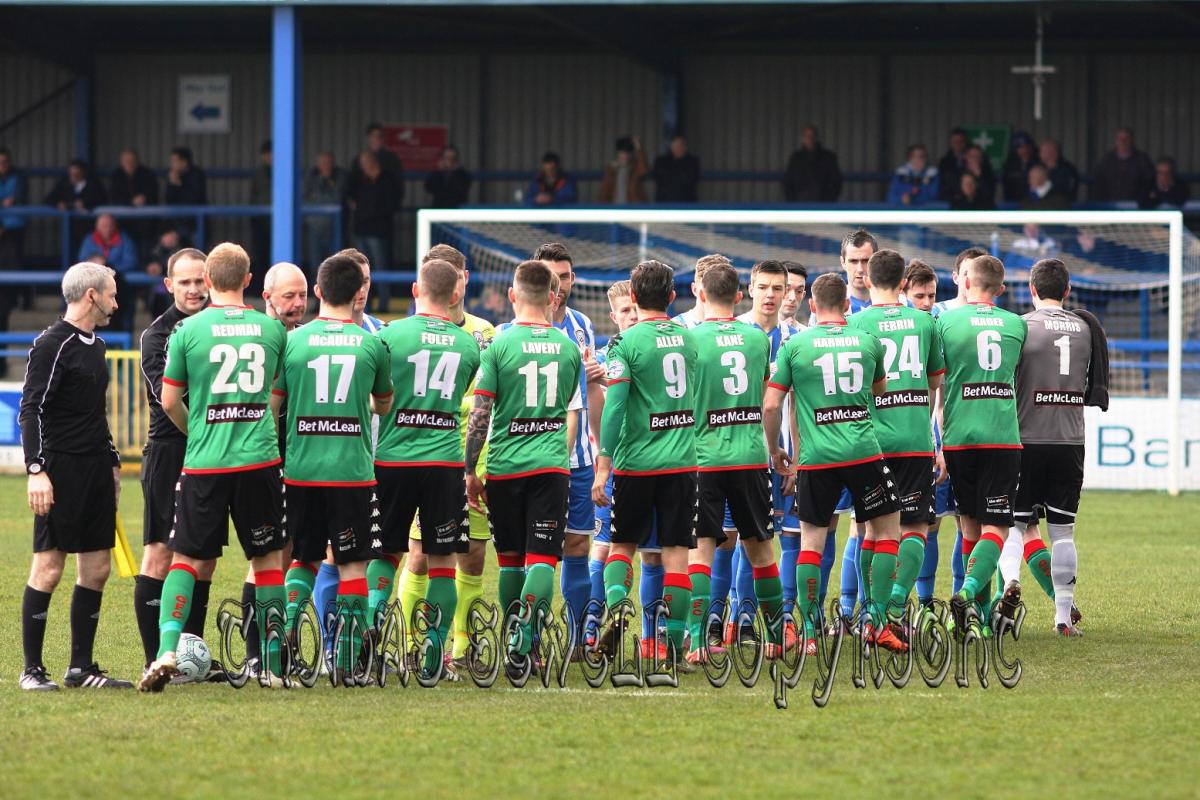 A lovely early spring day at Coleraine and, apart from a bumpy looking pitch, ideal conditions for a game of football, but what Glentoran team was going to show up today?

The manager named a starting eleven which must be close to what he regards as his strongest line up. Back into the team came Jay Magee, Curtis Allen and Eric Foley with Jonny Addis suspended and Jonathan Smith and Steven Gordon dropping to the bench. However, many of the travelling supporters were expressing reservations that we had retreated back to a negative 'one up front' formation.

It was the Glens who came out of the traps stronger though, with Curtis Allen firstly working the Coleraine keeper Chris Johns and then Marcus Kane seeing a good header being cleared off the line in the 8th minute by Lyndon Kane.

Eoin Bradley for Coleraine was lucky to have no action taken against him when after a tangle swung an elbow right in front of the fourth official, which fortunately did not connect, while both players were getting to their feet. 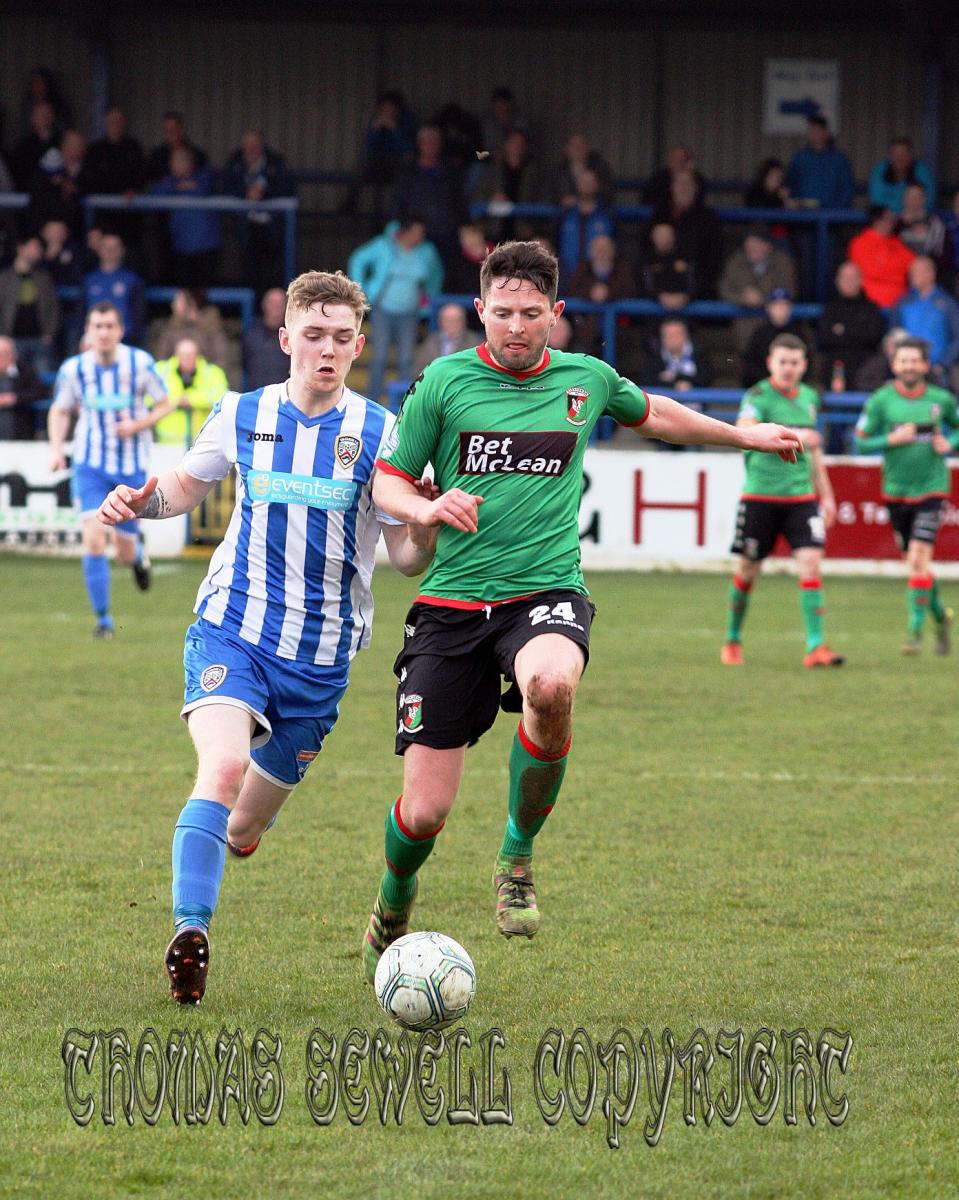 In the 15th minute Marcus Kane fouled Bradley just inside the box when there appeared to be very little danger. The ref pointed to the spot and Bradley stepped up and sent Elliott Morris the wrong way, slotting the ball into the left hand corner of the net.

The next period of play belonged to Coleraine with Elliott Morris being by far the busier keeper. In the 23rd minute Marcus Kane was booked for being adjudged to have led into a challenge with an elbow.

Right up to the break the Glentoran midfield were guilty of being both caught in possession and also some poor passing. It was proving difficult to produce any chances but it must be said that the back four were dealing well with anything that was coming their way. With neither team really looking capable of scoring the half came to an end. 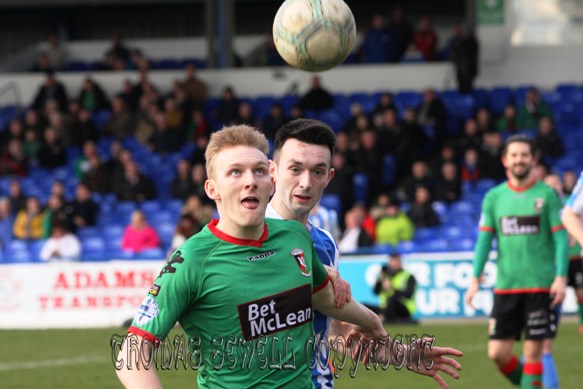 The teams retook the pitch for the second half with no changes being made. However after just six minutes the Glens made a double substitution, Nacho Novo on for Aaron Harmon and Stevie Gordon for Chris Lavery. The fans were pleased to see the change to two up front; at least it now looked that we were going for the win rather than just containment.
Following the changes the Glens had their best spell of the match and with two strikers, the Coleraine defence now had to work much harder. The woodwork saved the home team when Stevie Gordon headed against the angle and following a Novo cross Curtis Allen was unlucky to flick the ball into the keeper’s arms.

The Glens dominance however came to nothing and then in the 71st minute things got worse when Coleraine were awarded a free kick on the edge of the box. The kick was placed deep to the far post, where Jamie McGonigle was lurking unmarked, and he promptly headed it into the back of the Glentoran net.

Following the second goal the Glens looked a beaten team and they became frustrated. Before the end Magee, Redman and McAlorum all got booked for what appeared to be dissent offences and Eric Foley saw red for what can only be assumed to be a similar matter.
It does seem strange that so many can be booked in a match for dissent while some dangerous challenges just received a verbal warning. 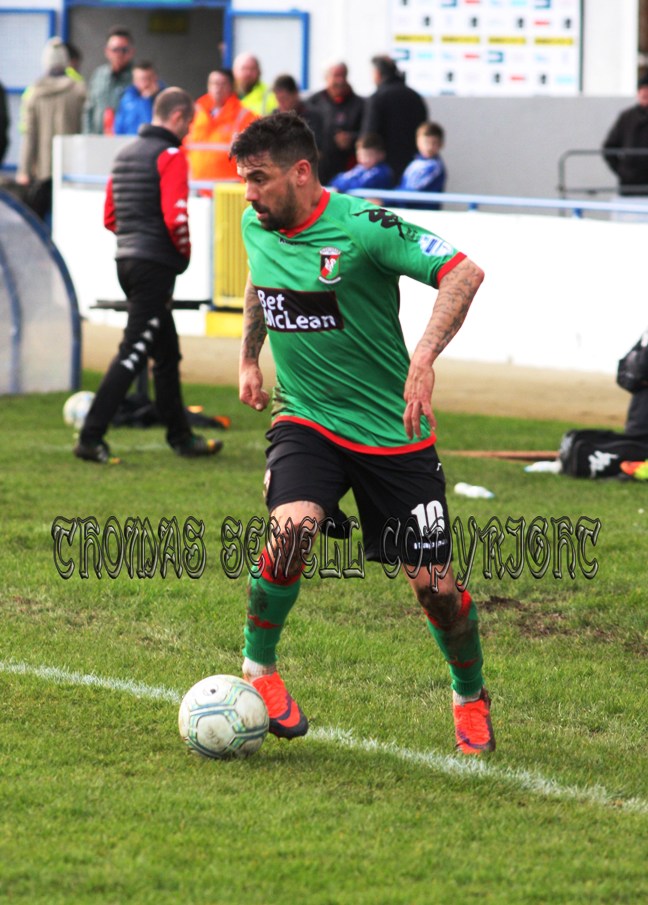 It has to be said that in the main this was a disappointing performance and overall Coleraine were the better team on the day.
Perhaps playing with just one up front gave Coleraine the initiative and Glentoran ultimately paid the price. With a top six place now gone it’s now maybe time to change personnel and have a go. The faithful supporters who have continued to back the team throughout a dismal season deserve more.