An eighth minute goal from Coleraine’s Shane Jennings was enough to give the Bannsiders the three points at the Showgrounds this afternoon.  Glentoran captain Colin Nixon returned to first team action replacing Jimmy Callacher while David Howland returned to the starting XI in place of the injured Stephen McAlorum.

Coleraine had by far the better of the first half and should have taken the lead after seven minutes when a flick on sent Curtis Allen clear, but Elliott Morris did well to deflect the ball away with his legs.  But just a minute later the Glens defence spurned several opportunities to clear and the ball was returned from the right into the Glentoran box.  Shane Jennings’s header was kept out by Morris but the rebound fell nicely for the Coleraine striker and he buried the ball into the corner.  The home side came close again five minutes later when Ruairi Harkin fired in a free kick from twenty five yards which Morris did well to tip over the bar at full stretch.  Just after the half hour mark the lead should have been doubled when Nixon was robbed by Jennings who squared for Allen who was unmarked eight yards out but his weak effort came off Morris’s foot and was cleared.  The Glens didn’t create their first chance until the thirty ninth minute and it really should have resulted in the equaliser.  Jim O’Hanlon’s run along the right set up Andy Waterworth 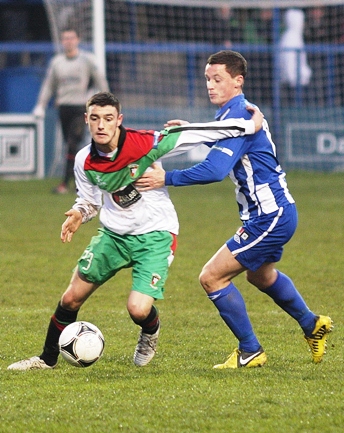 who in turn laid the ball off to the unmarked David Howland but his effort from ten yards was straight at Michael Doherty in the Coleraine goal.

Eddie Patterson shook things up at half time, bringing on Jimmy Callacher and Stephen Carson to play with three at the back allowing Sean Ward and Jason Hill to push further up.  The introduction of Carson in particular gave the visitors a good deal more possession but without really creating anything clear cut, efforts from McGuigan and Waterworth not troubling Doherty.  Indeed Coleraine should have increased their lead on fifty four minutes when Allen was once again sent clear but Morris was quickly off his line to block on the edge of his area.  Former Glens winger David Scullion, on as a substitute for Coleraine, brought another good save from Morris but with six minutes left Glentoran almost snatched an undeserved equaliser.  A high ball in from the right was met with a looping header by Waterworth and the ball bounced off the top of the cross bar with Doherty stranded.  There was yet another chance for Allen three minutes from time when a Nixon mistake let him in; this time he elected to lob Morris but the ball drifted wide of the post.  A shot over the bar from Waterworth after a Carson free kick was too little too late and Coleraine comfortably saw out stoppage time to claim all three points. 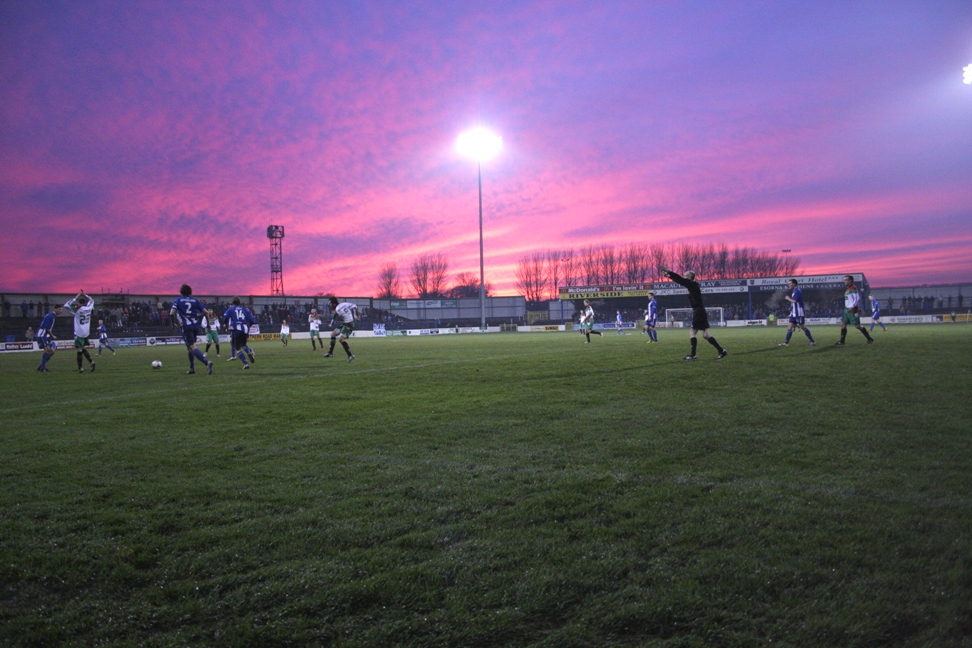