History repeats itself far too often for this Glentoran team. In this case we conceded the third consecutive 90th minute winner to Cliftonville this season, having yet again failed to hold out for a deserved point  We dominated the first half to have a deserved half time lead and rode out substantial Reds pressure for well over an hour but yet again indecision at the back allowed our opponents to steal a late winner and yet again send us home empty handed. Frustrating but the story of our season with our tenth single goal league defeat of a demoralising season for our players and supporters.

Clearly delighted with our win at Ballymena a fortnight ago, Gary Smyth made just one change to the starting line up with 18-year-old Jamie Glover making his first start at left back to allow Gary to stick with the Gavin Peers/Marcus Kane partnership that performed so well in Ballymena. Paul O’Neill kept his place upfront despite in form Darren Murray returning from suspension. Both these decisions proved very successful in the Glens’ start to the first half.

The Glens made a very positive start to the match and took a deserved lead after six minutes. Gavin Peers found Curtis Allen on the left-hand side of the Cliftonville box. Curtis held off two defenders well and his measured cross into the box was met by Paul O’Neill who easily outjumped a taller Reds defender to confidently head past Reds’ keeper Brush. It was a very different finish from the one Paul scored at Ballymena but equally convincing from the 19-year-old who showed his strength and refusal to be bullied on a number of occasions in the first half when bigger, more experienced Cliftonville defenders tried to impose themselves on him. Very positive signs from Paul for the second match in a row. 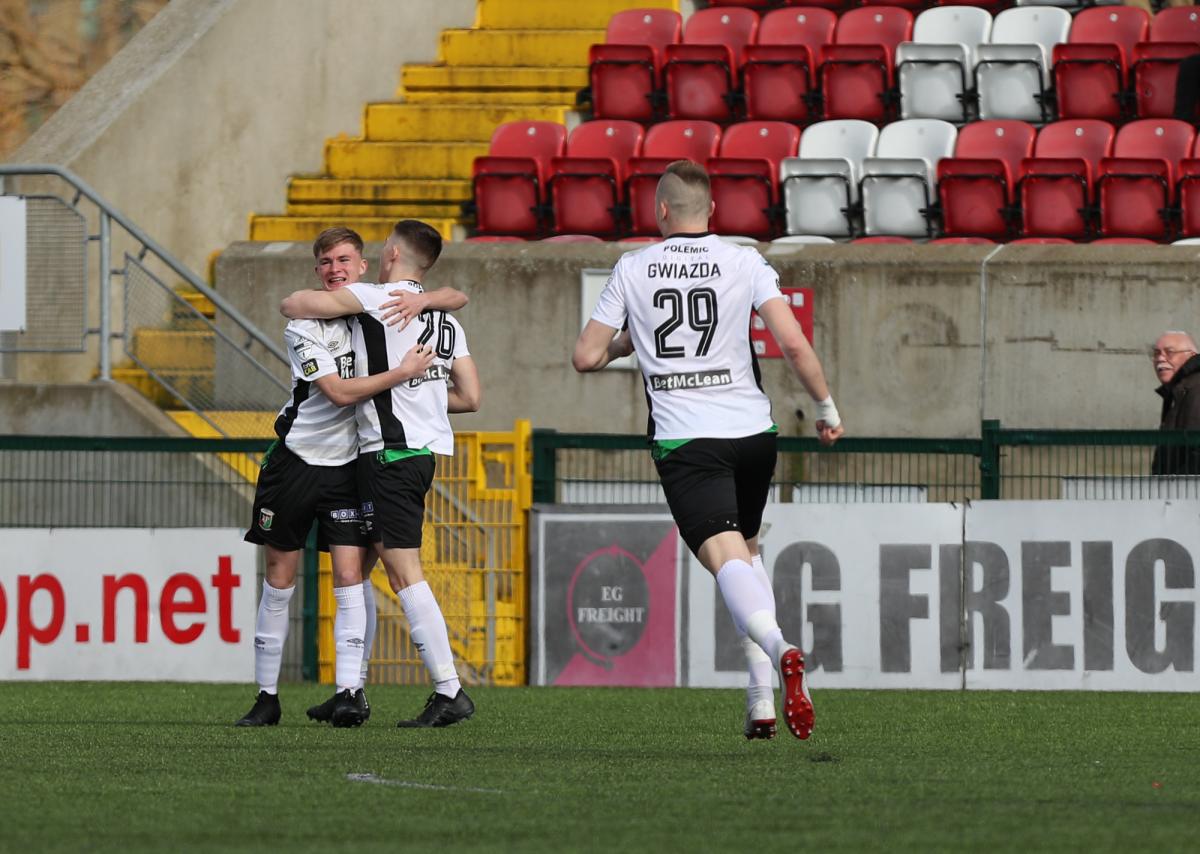 Glentoran played very good football throughout the first half and really should have increased our lead on a couple of occasions. Most particularly when Richard Brush saved from John Herron. Herron was put into a strong scoring position when put through by Curtis Allen after good counter attacking work by Jamie Glover and Paul O’Neill. To be fair, Herron should have scored but the angle of his shot made the keeper’s job easier than it should have been. Immediately following that incident there was a strong shout for a red card from the Glens bench when Jamie Harney seemed to roughhouse Paul O’Neill on our left flank. The referee took the easy option by booking both players. Not this afternoon’s last controversy of this nature.

The Reds showed more cutting edge as they came at us strongly after the restart, with Morris demonstrating a real return to his best by producing excellent saves to deny both Levi Ives and Niall Grace. Ives then squandered a gilt-edged chance when he blasted over from ten yards. That was fairly typical of the Reds’ second half performance as they exerted a lot of pressure but never seriously threatened as their finishing was generally off target despite Chris Curran consistently torturing the Glens’ defence.

On seventy minutes, Elliott Morris made a good save from Ryan Curran but the Cliftonville equaliser came from the resultant corner. Niall Grace beat Lukasz Gwiazda to flick on Curran’s corner to Rory Donnelly at the far post. Donnelly produced an excellent finish and on this occasion little real blame could be attached to the Glens defence.

The next twenty minutes were relatively even with Allen and Stevie Gordon both wasting decent chances to score what would have been the winner. Though at this stage the real talking point was the inexplicable decision of the referee to book Darren Murray for taking an early free kick and John Herron, who had apparently approached him to report unacceptable abuse he had heard aimed at a teammate. Ironic given the number of deliberate fouls on Herron that eventually caused him to leave the pitch injured. Refereeing did not cost us the match this time at Solitude but nevertheless the Glens players and support had plenty to say about it.

The by now anticipated Cliftonville last minute winner came from a Chris Curran cross, headed across goal by Joe Gormley to Ryan Curran who finished it. All so predictable but no less disappointing for all that. Also frustrating for Kane, Peers and Morris in particular who were outstanding all afternoon and for Paul O’Neill whose quality opener wasn’t built on this time.

So, with just five (hopefully seven) games left after the split we’re off to Dungannon next week with absolutely no margin for error. We will certainly need a better overall post-split performance than we had last season. 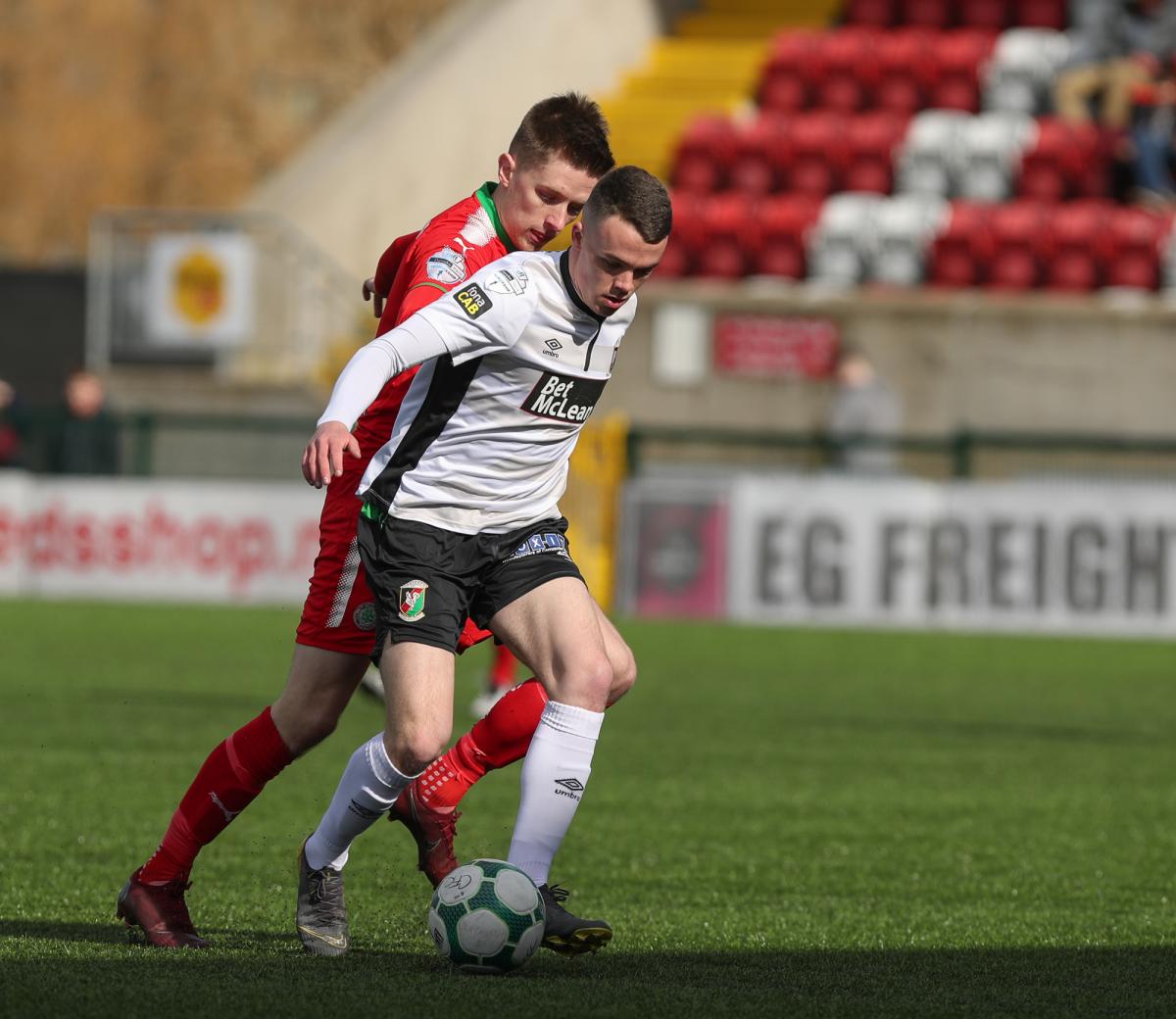