For the second time in three years, Glentoran today lost out to a late Cliftonville winner in the opening Danske Bank Premiership game of the season. 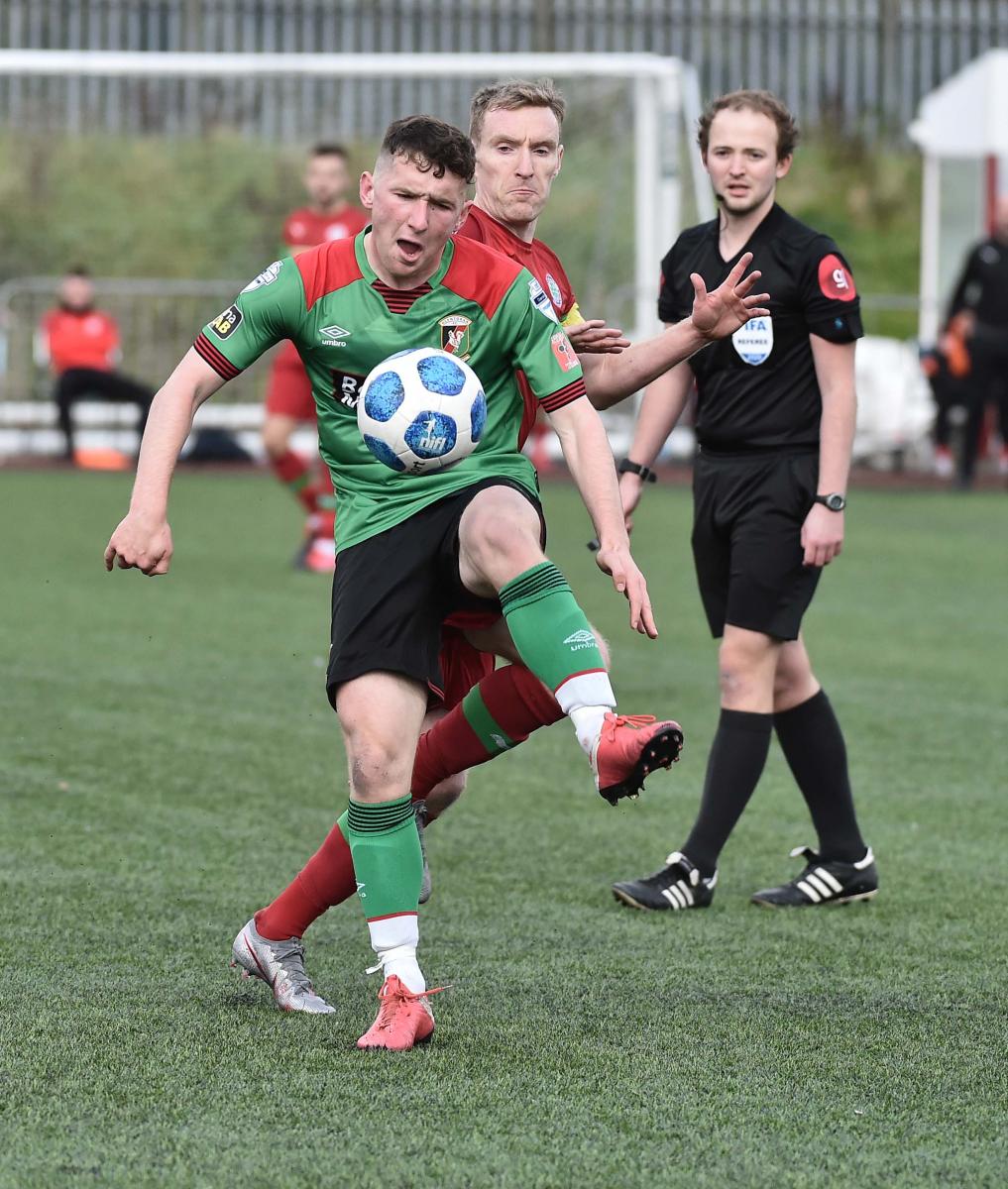 The Glens went to North Belfast today with a few adjustments necessary. Robbie McDaid and Paddy McClean are still a few days away from returning from knocks sustained in pre-season friendlies, while Rory Donnelly still hadn’t fully recovered from the knock that kept him out of Tuesday night’s Shield win over Ards and Luke McCullough missed out also with an injury worry. As a result, Bobby Burns made his Glentoran debut at left back with Marcus Kane partnering Keith Cowan in central defence. Burns’ Northern Ireland U21 teammates Paul O’Neill and Caolan Marron also started after missing two games while on international duty.

Glentoran looked very comfortable in a quiet first half hour with the only real talking point the apparent determination of a Cliftonville midfielder to goad an off the ball  reaction from Glens players, particularly Seanan Clucas, Fortunately no such reaction was forthcoming. There were two bookings in the first half hour or so – Cliftonville’s Aaron Donnelly after a 50:50 with Cricky Gallagher and for Gallagher after a similar incident with Liam Bagnall. 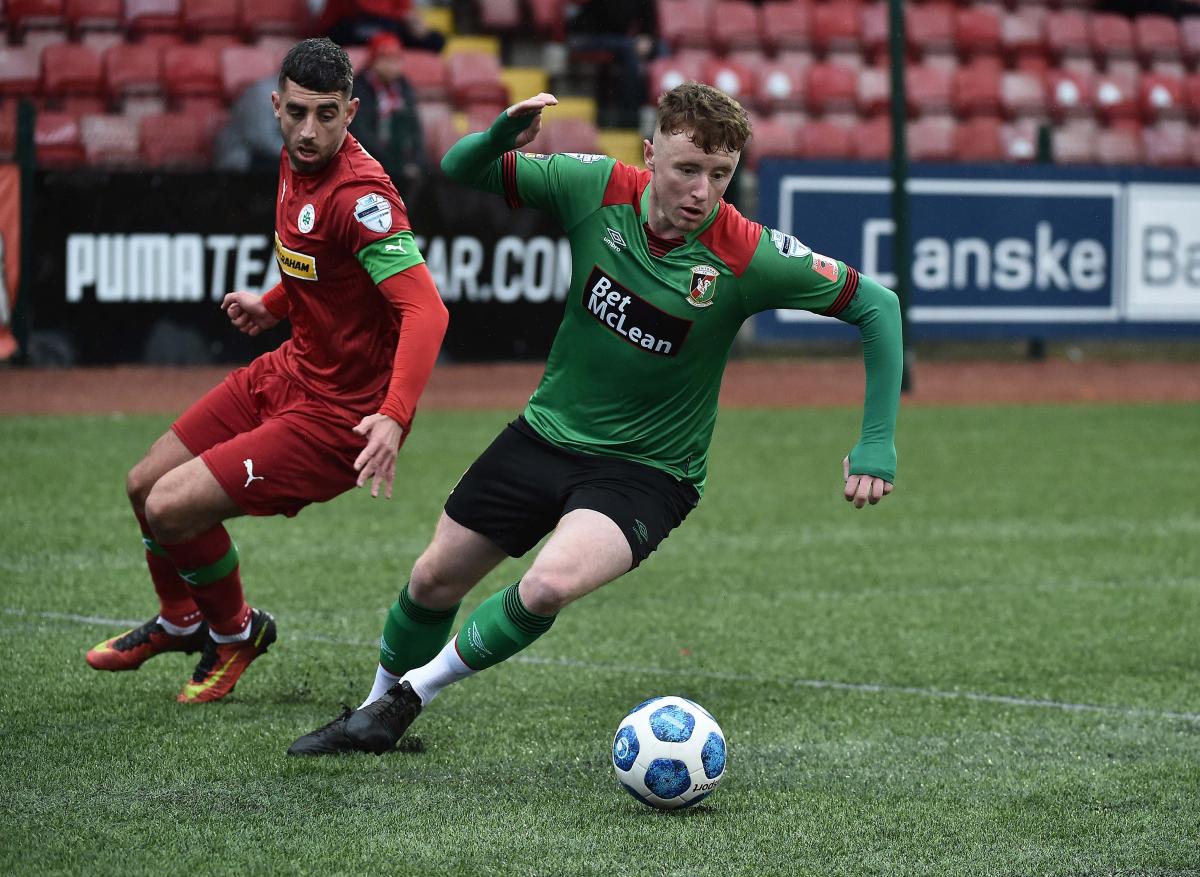 Overall, the Glens never looked in any difficulty in a first half we controlled, but there were few meaningful efforts on goal from either side. The only real chance of the half fell to Glentoran and to debut boy Bobby Burns. But Bobby’s excellent goalbound effort was deflected off Garry Breen’s head for a corner.

The first 15 minutes of the second half were again largely controlled by Glentoran, but the only meaningful chance fell to Paul O’Neill whose shot was blocked by Richard Brush, having his usual strong performance in the Reds’ goal.

The match started to turn in Cliftonville’s favour on the hour, the first evidence of which was when they cut the Glens open, only to have Ryan Curran’s finish ruled out for offside. This was followed shortly afterwards by an excellent Levi Ives effort that went just past the post. During this period of Cliftonville ascendancy they also had a penalty claim turned down with protestations that Glens skipper Marcus Kane appeared to bundle over a Reds forward. 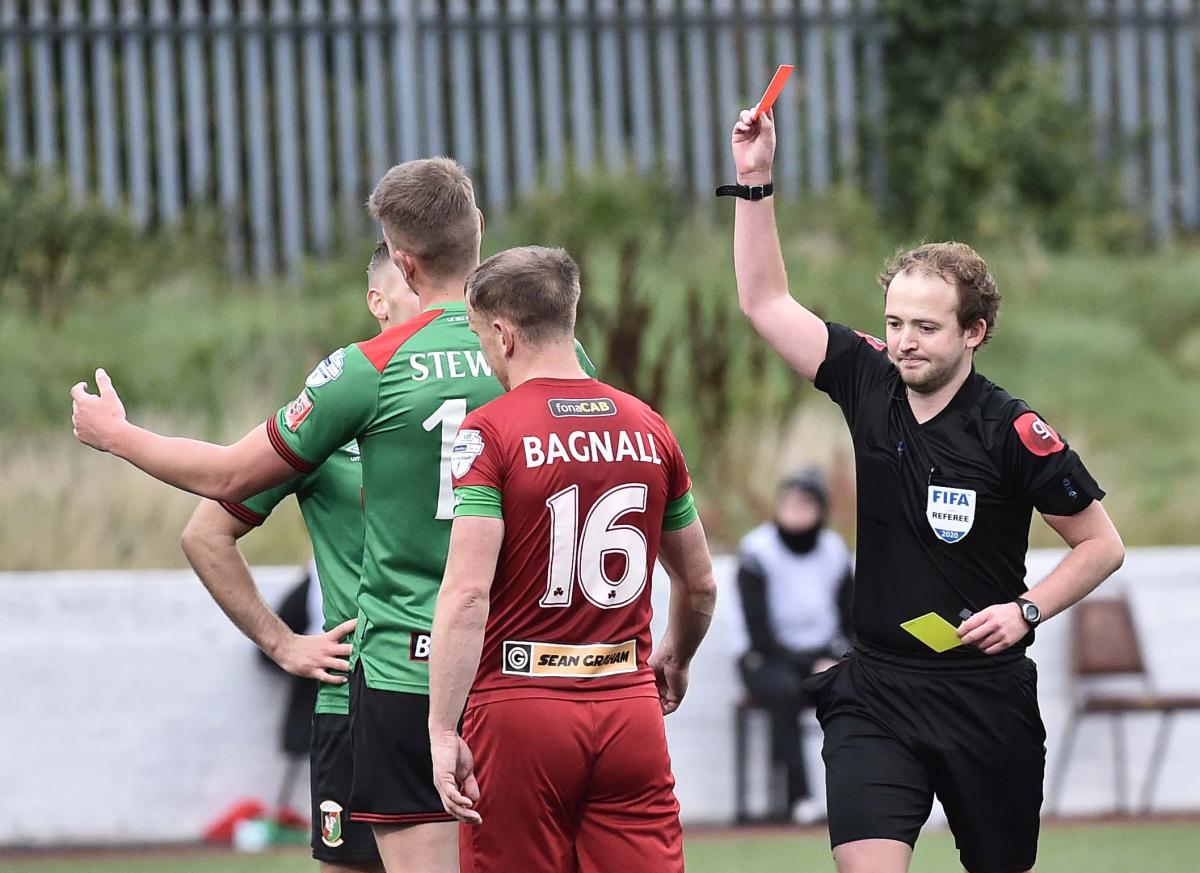 Things took a negative turn for the Glens when, not long after an excellent direct free kick from substitute Dale Gorman,  Cameron Stewart, a 61st minute sub for Andrew Mitchell, received a second yellow card in the 81st minute for high feet. There was clearly no malice intended by the big Glens forward, but the feet were high and that’s usually a yellow in the modern game.

The winning goal – as so often in this fixture – came with 4 minutes to play, when a build up involving Ryan Curran and Conor McMenamin ended with a decent finish from Curran.

So, a disappointing league opener for Glentoran, but with so many important squad members still to return, no doubt we’ll go into next week’s home match with Glenavon in a positive frame of mind.