For the third time in two weeks, Glentoran supporters, manager, players, officials and the media left a match talking not about the football but about yet another match changing decision by a referee. This time referee Ian McNabb chose not to blow up for a clear foul on Robbie McDaid in a last minute incident that led directly to a winner from Joe Gormley. Only the referee will know what he was thinking at that point but in a match where the Glentoran defence had done very well to keep the lethal Gormley quiet there’s definitely a sense of injustice that the league’s top scorer was given the opportunity to clinch this very close game in such controversial circumstances.

The Glens started with the same team that played Coleraine on Tuesday night, with Curtis Allen starting his 200th match for the club. Calum Birney was available after a three match suspension but was on the bench alongside Willie Garrett due to the excellent recent form of Joe Crowe and James Ferrin at centre back.

The first half was a relatively uneventful affair with few chances at either end. Both midfields were strong and assertive and tried to play football but created little by way of clear cut scoring opportunities and effectively cancelled each other out. The entire Glens back four stood solidly against the potent threat of the Reds’ front three of Gormley and the Donnelly brothers. The referee was conspicuous by his unwillingness to award what looked like free kicks for either side with the Glens’ main talking point his refusal to award a penalty late in the half when Robbie McDaid seemed to be shoved off the ball by Levi Ives. Glentoran had the better of the first half hour but the Reds had a period of pressure in the run up to half time which came to nothing. Late in the half Robbie McDaid was put through on goal but was tackled effectively before getting his shot away. 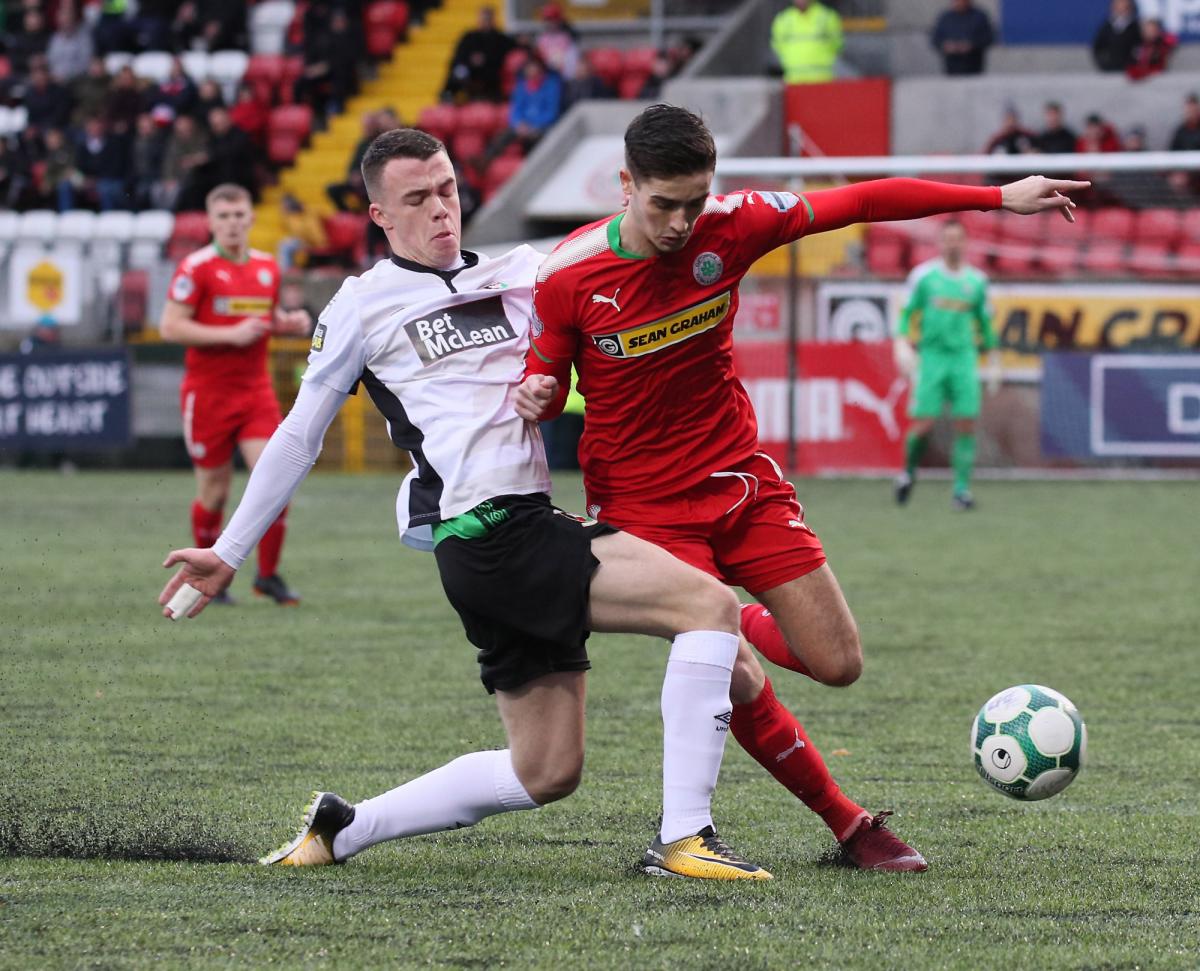 The Glens came out for the second half with skipper Marcus Kane replaced on the left of midfield by Dylan Davidson.  Moko had picked up a knock to his knee. Again we started well and on 54 minutes Ross Redman made a brilliant run down the left flank and put a subtle ball through to Conor Pepper in the Cliftonville box. Conor didn’t get a strong enough shot away and the ball went wide of the post. Had we scored at that stage the outcome might have been very different. Two minutes later in the Reds’ area, James Ferrin did well to find Robbie McDaid in a shooting position but keeper Brush made a good double save to deny McDaid. 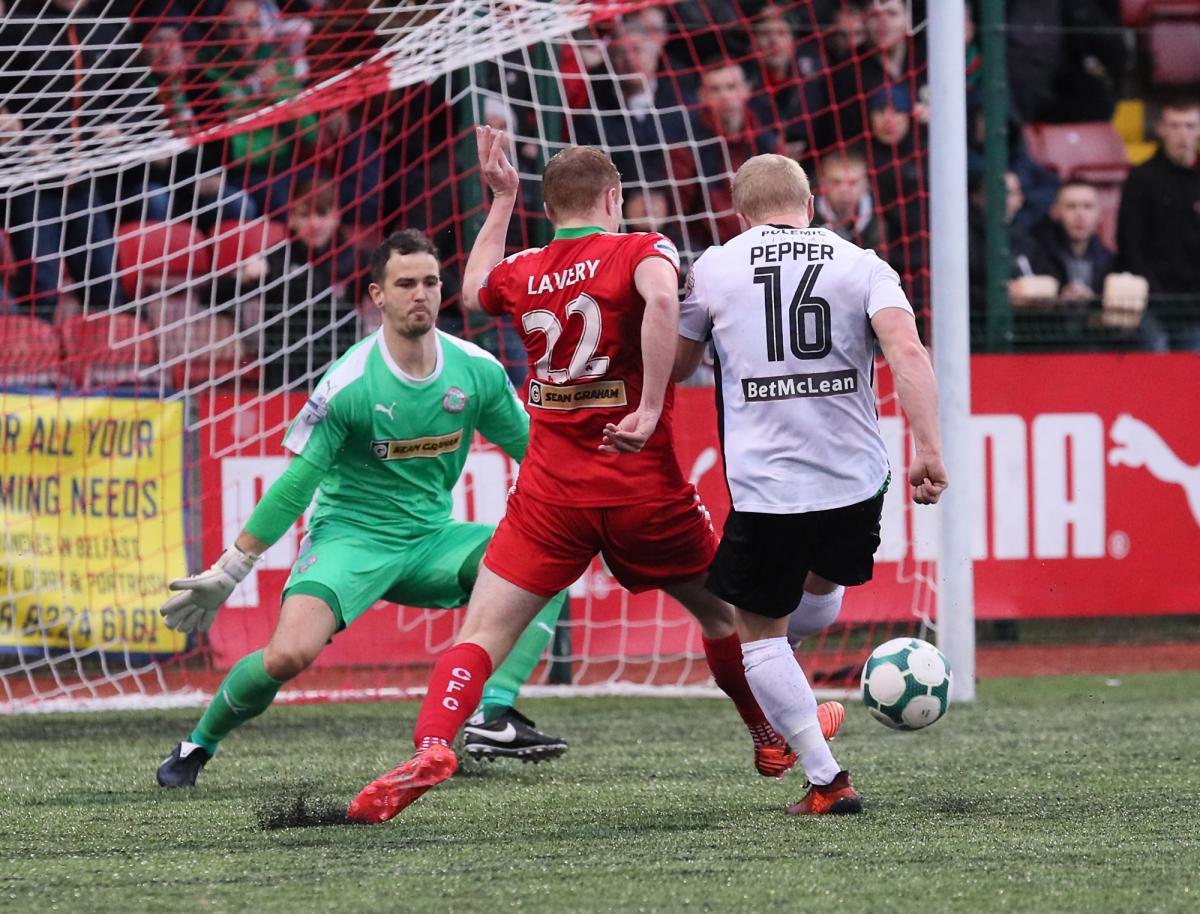 Glentoran were still exerting plenty of pressure and on 61 minutes Gary Breen was booked for taking Joe Crowe out at the edge of the Reds’ box. Four minutes later Jaimie McGovern very nearly put the ball into his own goal from a Redman free kick. On 67 Davidson had the ball in the Cliftonville net but it was disallowed as the referee had blown against Curtis Allen.

By this stage the Reds were much more in the game as a couple of Glens players seemed to tire after the exertions of the past fortnight and on 78 minutes Ross Redman was booked for taking out Stephen Garrett, the Cliftonville substitute. 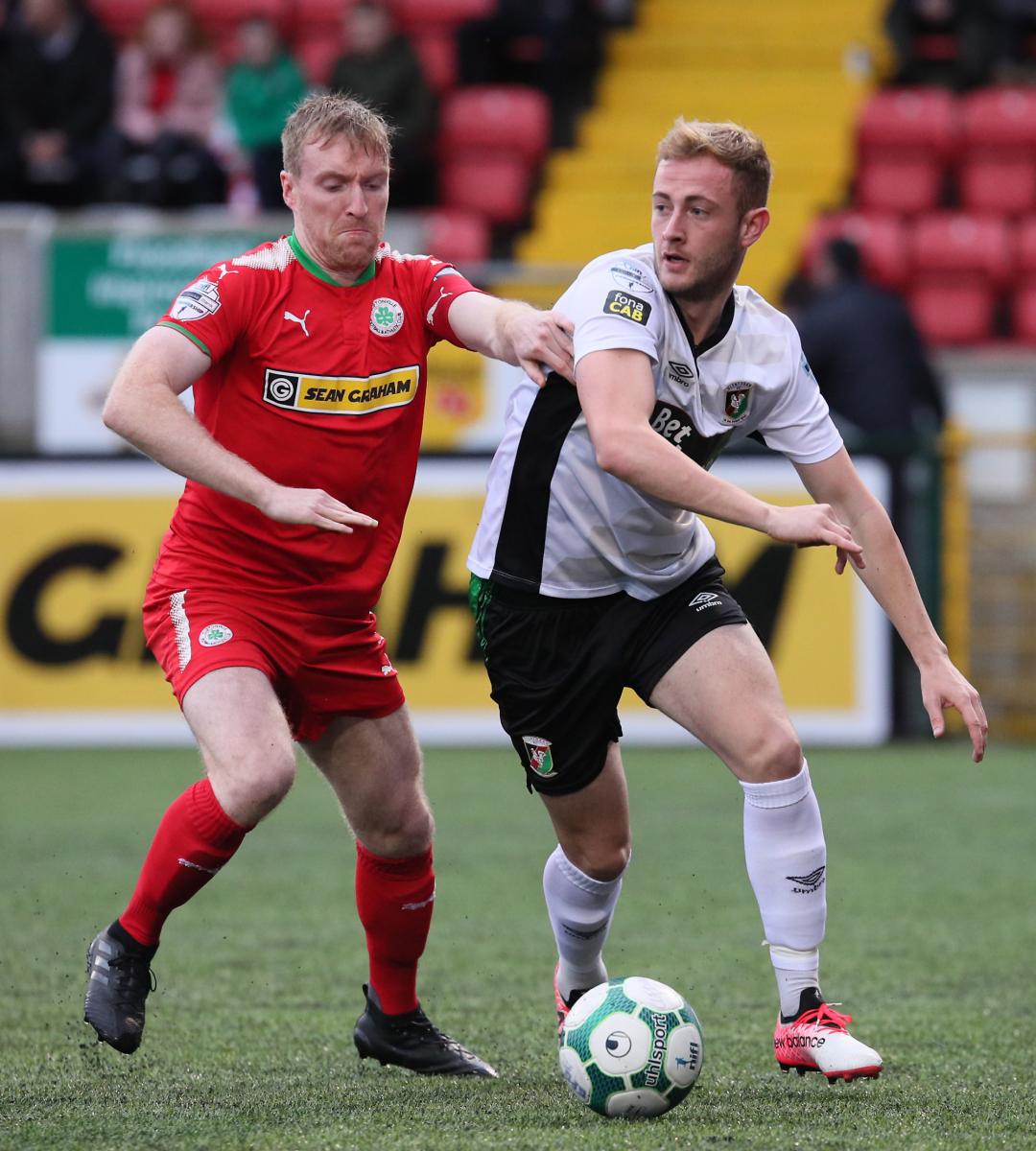 The game looked to be heading for a draw – in most people’s eyes a fair result given the lack of clear cut chances at either end – when again a referee moved centre stage.  In the final minute Cricky Gallagher played the ball out off defence to Robbie McDaid in the Cliftonville half. Reds full back Ross Lavery then took the feet from McDaid in a challenge from behind. The referee – with a perfect view of the incident – inexplicably chose not to award the free kick. Ryan Catney then hit a long ball forward, moved on by Jay Donnelly to Gormley who made no mistake from just inside the box. An excellent trademark finish from Gormley but a decision by the referee that clearly surprised the BBC commentator who was close to the Lavery foul and who expected the free kick to be given. In the ensuing protest the referee copperfastened his position as the main talking point of the day by showing Ross Redman a second red card for his comments. While Ross’ frustration was understandable there is no excuse for yet another late Glentoran red card for the third Saturday in a row. 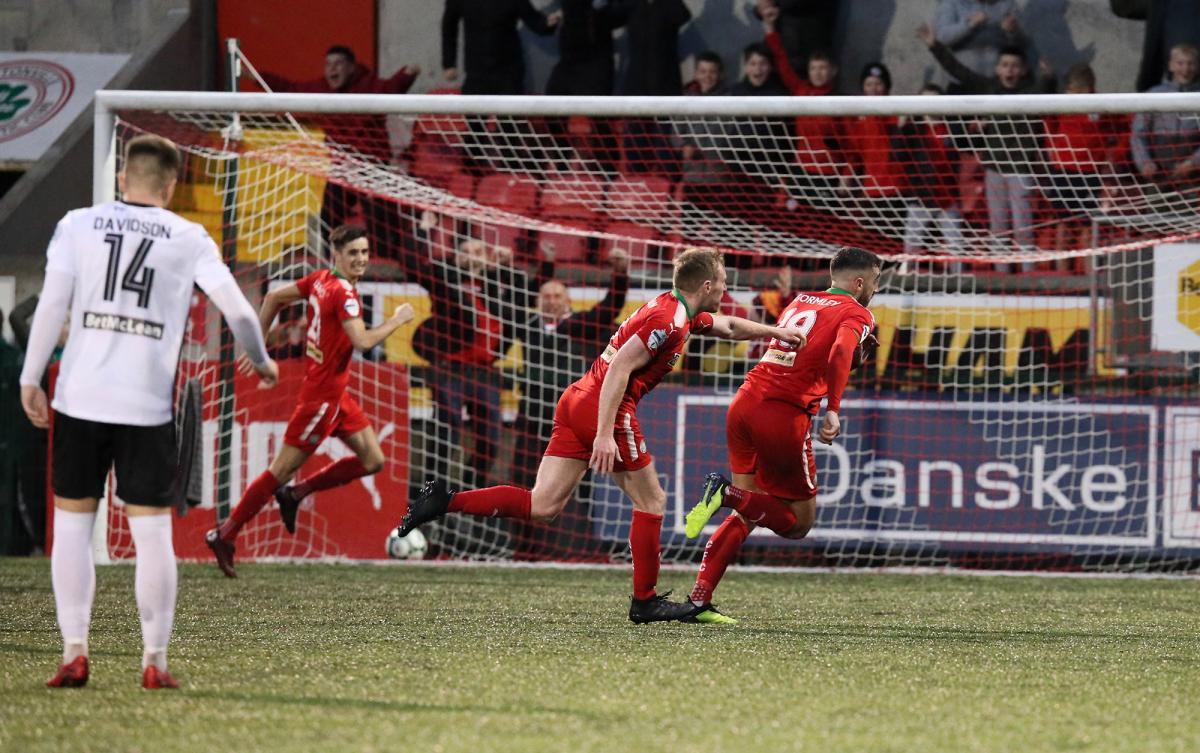 Ronnie McFall, his players and the Glentoran support were clearly incensed at yet another refereeing decision costing the club deserved points. If these things – as we’re often told – even themselves out over a season then some of our opponents can expect to be very unhappy between now and May.