A Levi Ives goal midway through the second half was enough to give Cliftonville all three points at Solitude this afternoon.  The game saw a return to first team action for Willie Garrett after a long injury lay-off and Curtis Allen came back into the side after serving a one match suspension against Crusaders. 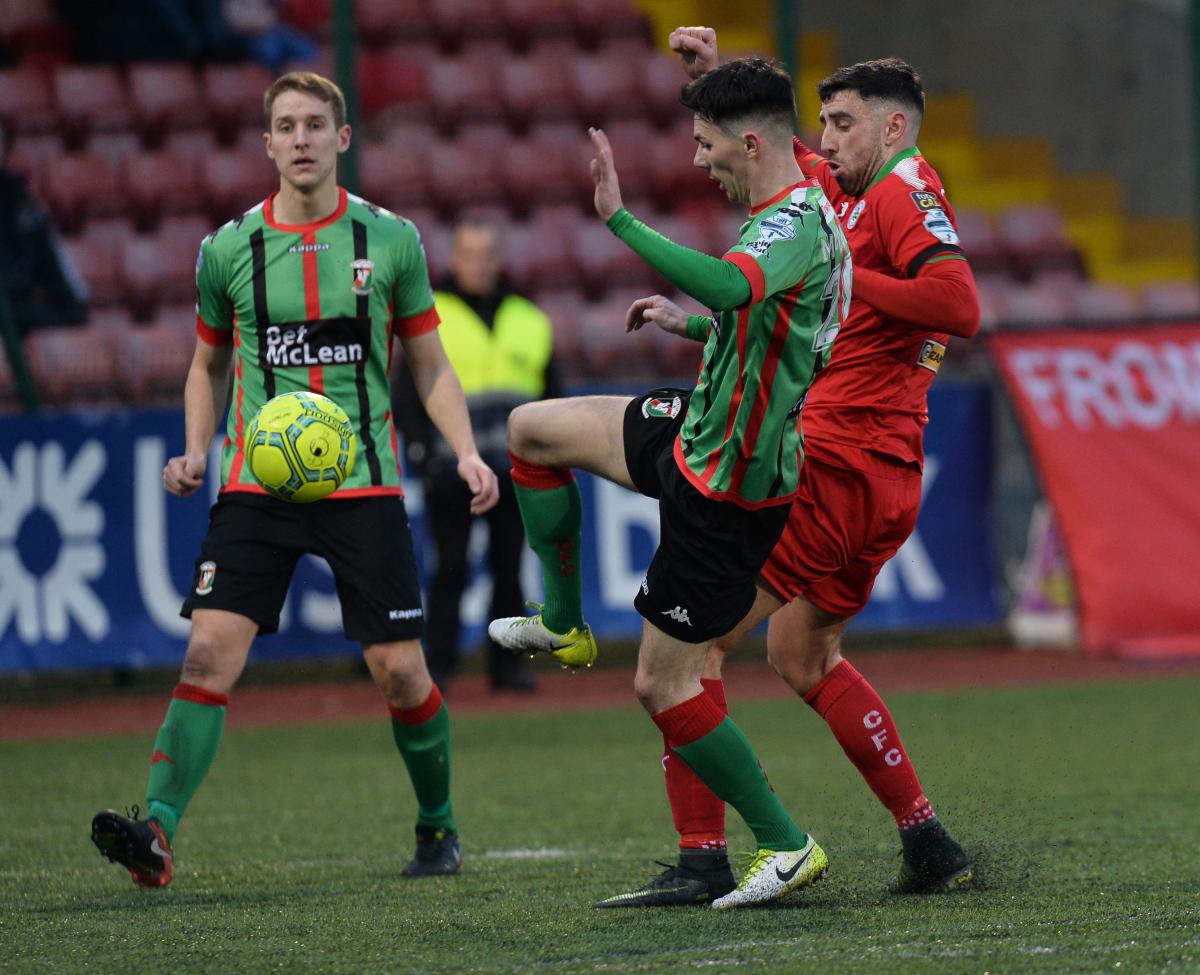 The Glens made a promising enough start and matched their opponents in the opening exchanges.  Curtis Allen and Dylan Davidson were linking up well although without really testing Brian Neeson in the home goal.  The first clear cut chance of the game came after 9 minutes when Joe Gormley beat the offside trap to race clear on goal.  Just as he was about to pull the trigger Jonny Addis got back to make a superb saving tackle. 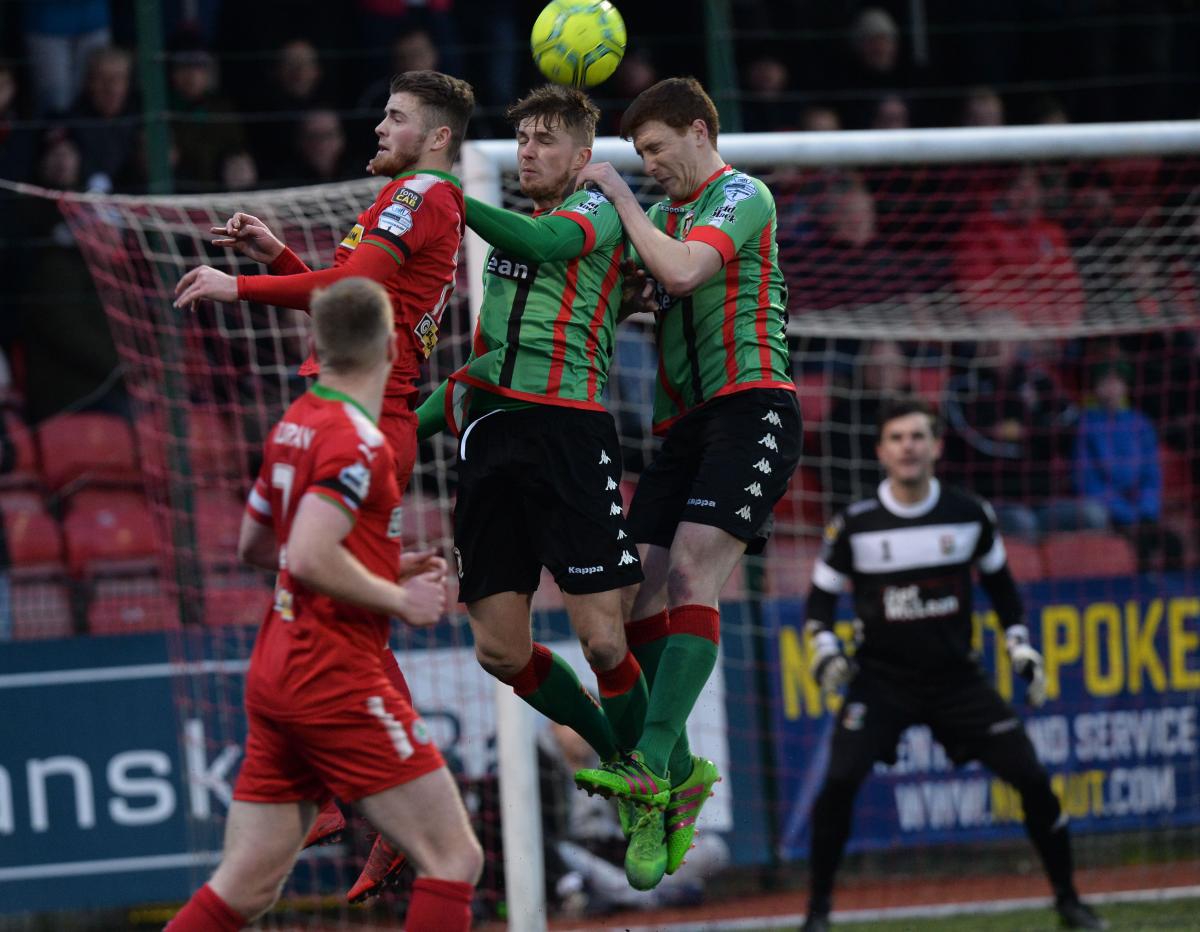 The visitors had a good spell of pressure midway through the half, Dylan Davidson going close with a free kick and Curtis Allen just failing to get a meaningful touch on the ball after Calum Birney headed across goal.  However Gormley was always a threat for The Reds and he was thwarted twice more before the break, firstly by a great challenge from Birney eight yards out and then again by another Addis block.  Neither goalkeeper was overly stretched during the first half although Elliott Morris got down well to gather a follow up effort after a Cliftonville free kick had been fired into the wall. 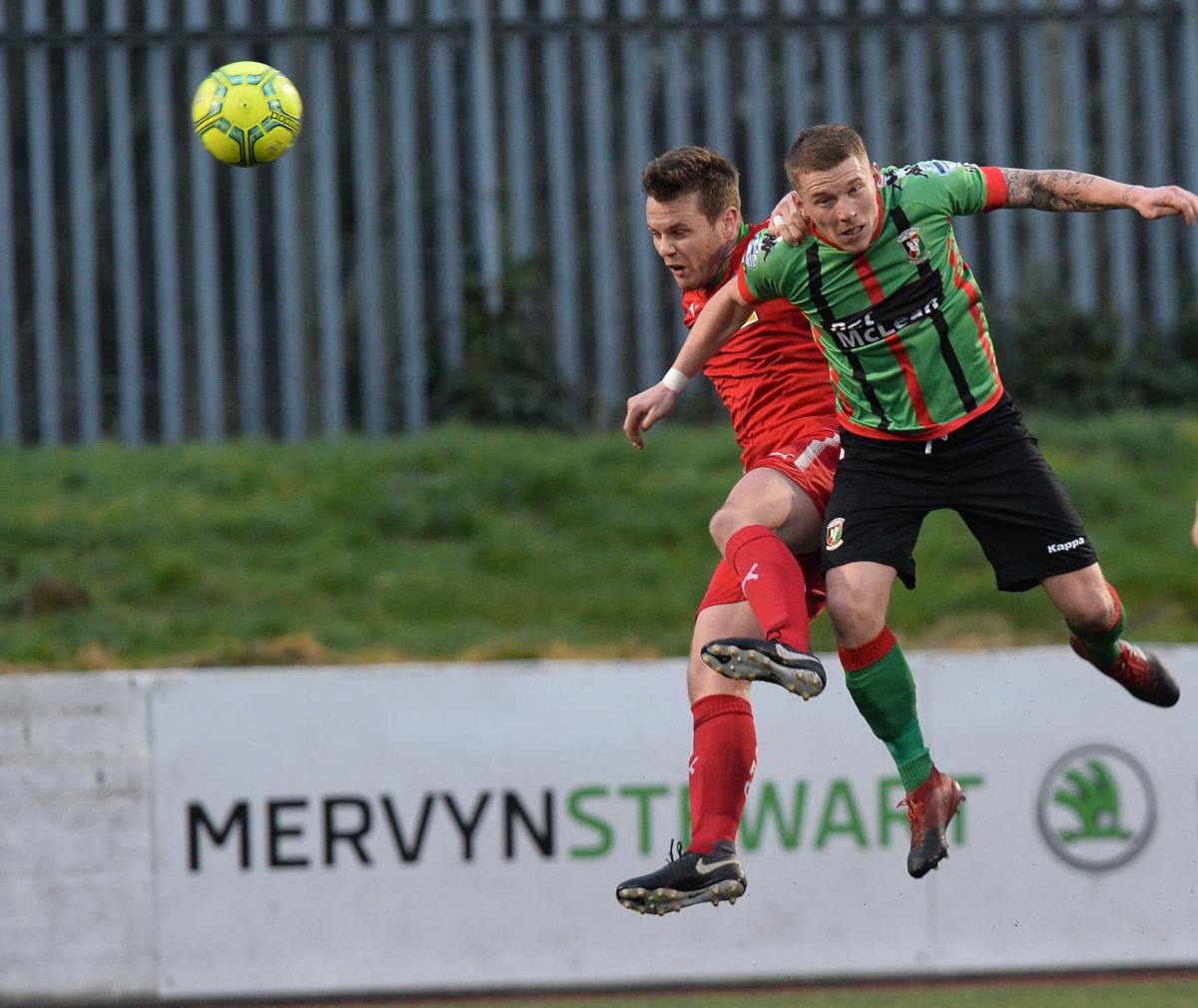 There were a couple of niggly exchanges between players towards the end of the first half but the second period started in much more subdued fashion with both defences on top.  After 61 minutes Cliftonville broke dangerously after a Glens corner, but the attack was snuffed out by a brilliant Kym Nelson tackle on the edge of the area.  The ball was then returned into the box and Jonny Addis was forced to clear over his own cross bar. 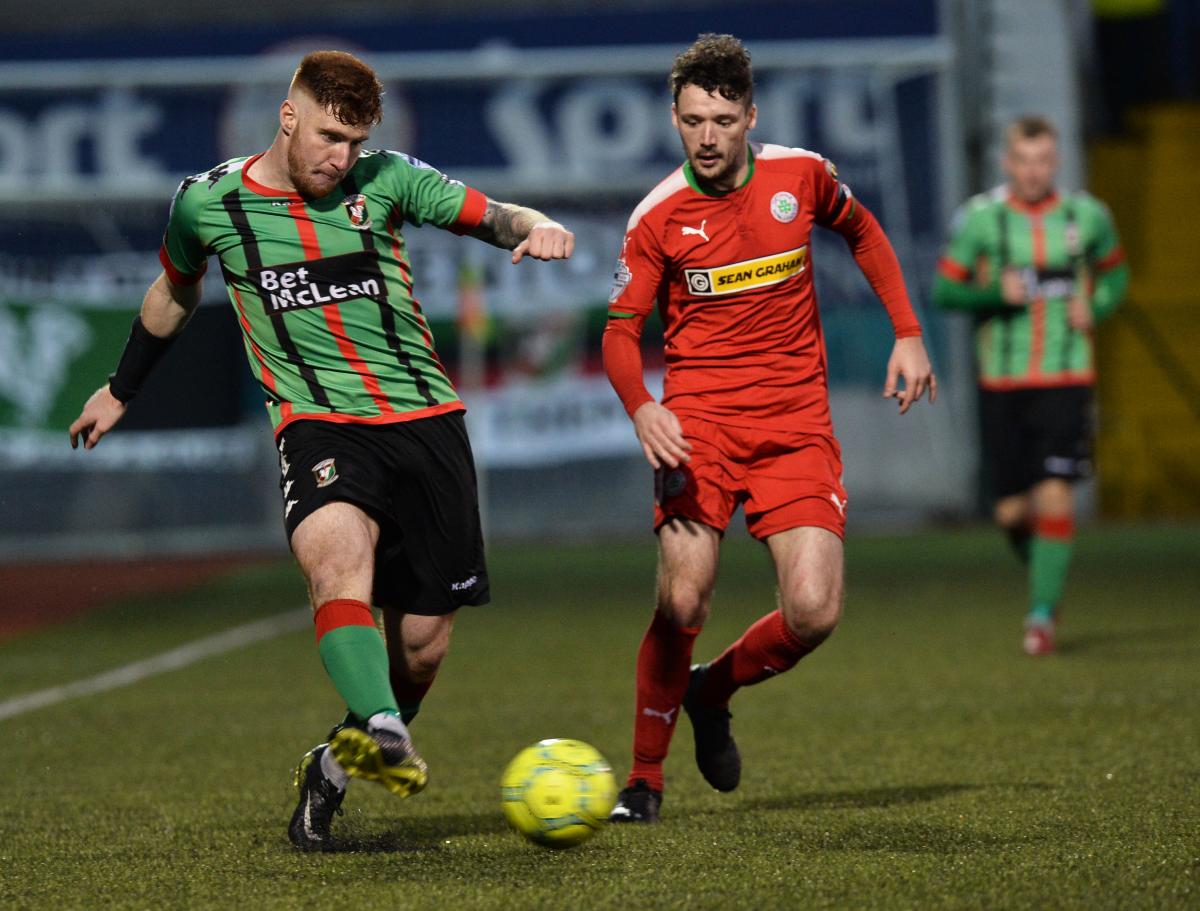 Just before the hour mark came the decisive moment of the game.  James Ferrin, just on for the presumably not yet match fit Willie Garrett, needlessly gave the ball away to Levi Ives.  The Cliftonville left back drove forward, played a neat one-two with Jay Donnelly and fired the ball past Elliott Morris.  Despite matching their opponents defensively the Glens had shown little threat to Brian Neeson's goal and for the remainder of the game that was still the case.  Indeed it was Cliftonville who could have doubled their lead, a classy turn and shot from Rory Donnelly bringing a superb save from Elliott Morris. 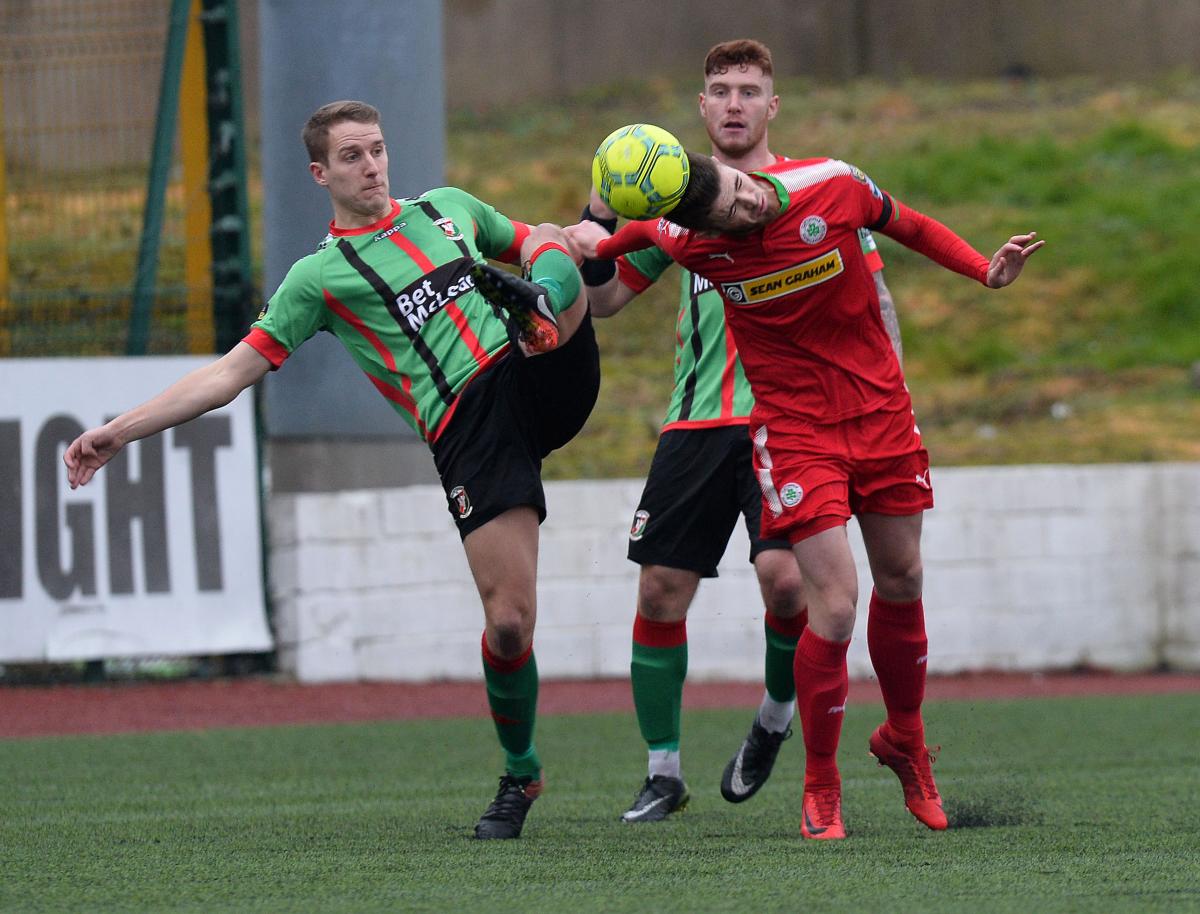 So a third defeat in a row for the Glens and,  just as worryingly, three games in which we have failed to score.  Today's defeat, coupled with Ballymena's victory over Carrick Rangers, sees us drop into the bottom half of the table for the first time this season and a win against Carrick is crucial as we embark on the Christmas holiday fixtures next Saturday. 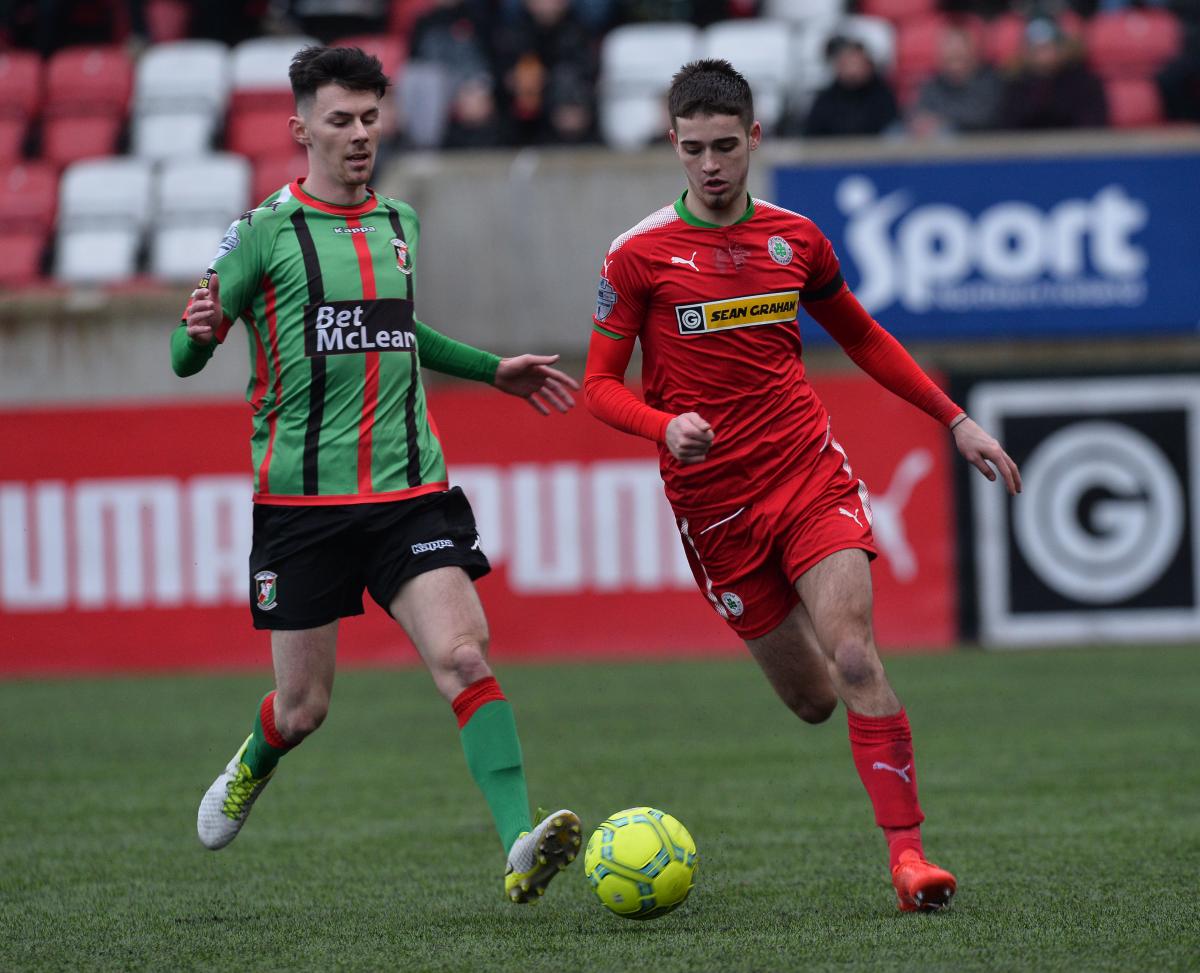